Gifts for husbands, children, girlfriends, cats and yourself are to be found in exemplary manner in the "curated" stores like museum shops and concept stores. Objects are presented as if in a gallery or exhibition show - and they not only want you to look at them behind the glass, but to be bought and taken home. Depending on the current thematic thrust of the store, it is a designer who is portrayed, or an extravagant topic highlighted, or an especially striking standalone simply spotlighted. There are related stories, as the elaborately staged objects are naturally not just products but each stands for a complete lifestyle. And the stories are created by the context, by the little labels, film clips on electronic picture frames, conversations with the sales staff and in the beholder's imagination. Here it is not one vase next another, one fragrance next to another, one book next to another. Rather, here it's a toy animal next to sandals, next to a chair. Formally there is hardly any common ground to be seen; what counts is the collage, the fragmentary. What analogies are there between products? How much abstraction can the beholder be expected to achieve? Only the size seems to be a common denominator. Usually, the accessories are ‘to go', at most small furniture items that can be transported in your car trunk.

Exclusivity and topicality are both equally important. Often the paths you have to follow to find rare products are far from straightforward - leading to small workshops and design studios. But a trip to the large fairs such as the iSaloni, Maison&Object and Ambiente are also feasible. The first thing is to grab a shopping basket and start rubbing shoulders with the mass of trade-fair visitors.

At the Ambiente, you then head primarily for the halls labeled "Loft", "Kitchen" and "Table". This year the first products were soon found: the "Pure Black" knives set with the "Pure White" magnetic strip - created by Holmbäck Nordentoft for Stelton; Jakob Wagner's "Tea Heater" with the "Kettle Teapot" from "Norm" for Menu; Quentin de Coster's "Citrange" citrus press for Royal VKB; the "Aalto vase" version blown in a wooden mold for Iitalla; and finally Jasper Morrison's "DP 01" phone for Punkt.

After the first selection has been made, you look more closely at things. Rosenthal, for example, presented a vase for each year of Studio-Line, which has just turned 50, starting with a Tapio Wirkkala vase for 1961 through to the Christophe de la Fontaine vase for 2011. The Milan-based designer of Luxembourg extraction did not restrict himself to designing the vase, but also dreamed up a set of tableware and a series of glasses called "Format". Inspired by 1950s and 1960s design, the shapes derive from cylinders and cones. The pure-white china has a blue décor reminiscent of fine threads.

Among the countless new products fielded by Alessi, the most persuasive was above all the "Shiba" pots by Naoto Fukasawa; the name "Shiba" stands for a race of dogs that are widespread in Japan and are considered very loyal. A comparatively small set of pans enables you to prepare any number of different dishes. The real eye-catcher: a kind of small wooden lid that does not fit on the pan but is used to directly cover simmering vegetables to ensure they do not get overcooked.

Alongside tableware, fruit baskets and espresso machines, there's a new product category in the Alessi catalog, which, so it says, has deep roots in cultural history, but seems astonishingly religious. Dror Benshetrit created "Mesusa", a box with verses from the Old Testament that in Judaism is associated with God. Mario Trimarchi designed the stainless steel cross "Croche", that can be mounted on the wall at a specific angle such that together with the cruciform mount a multi-layered set of shadows arises.

From the "Table" and "Kitchen" the path led on to the bath. Authentics has launched a new mirror cabinet called "Kali" - designed by Doshi Levien it boasts 12 accessories. Glass shelves of different lengths can be pushed from the inside through the side walls to create shelf space outside the cabinet. The shapes and decors of some of the accessories, such as the toothbrush mug, clearly attest to the Indian influence of Nipa Doshi, while other objects by contrast, such as the shaving mirror (it has a stand that converts into a clamp), reveal the functional western influence of Jonathan Levien.

And there are quite a few things for the garden, too. Japanese manufacturer Hyakunen Monogatari, for example, fielded a collection called "My tools", with a variety of tools for private use. Knife, scissors, pliers, graters, scrapers, all of them stand out for superlative reduced Japanese design and brilliant craftsmanship. In particular the range for the garden (spades, hoes and sickles) is marvelous, and using them you can turn a garden into a small farm. In western countries the elegantly curved Bonsai scissors can no doubt be used for this or that balcony potted plant on a balcony.

Last but definitely not least: a glance at paper and stationery, which is a must in any good museum shop or concept store. Pinetti, a family-owned company from Bergamo, presented notebooks at Ambiente that have a leather cover with a USB stick as a buckle and with popper fasteners. Fittingly, there is a leather penholder with a rubber band that can be fastened to any notebook as required. 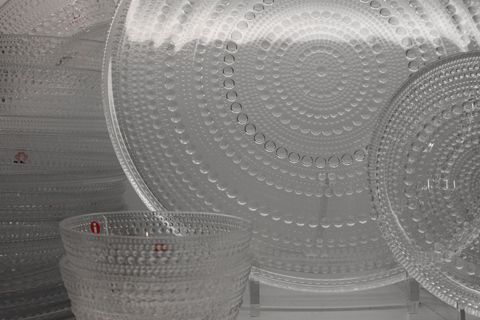 "Kastehelmi" by Oiva Toikka for Iittala 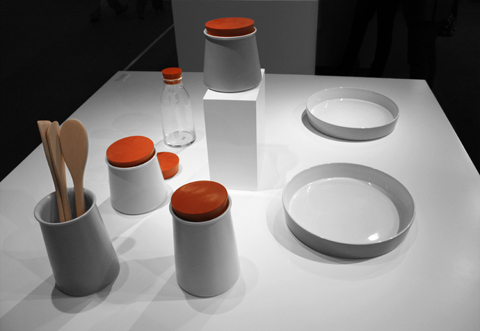 "Tonale" by David Chipperfield for Alessi 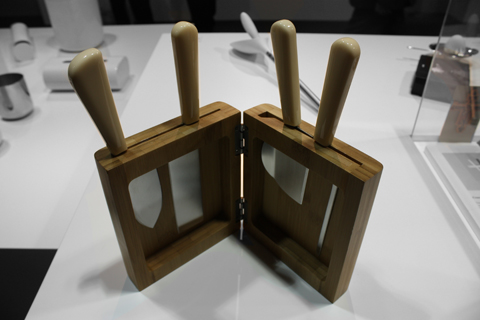 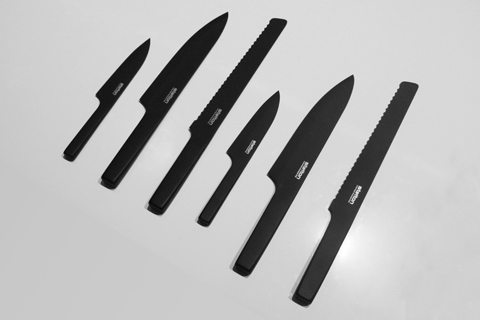 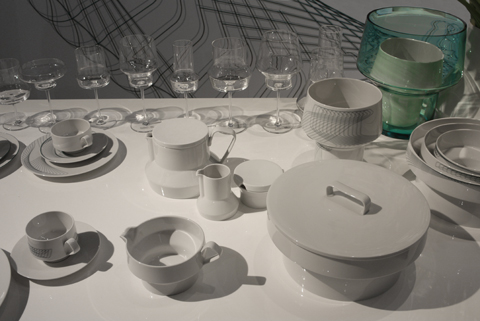 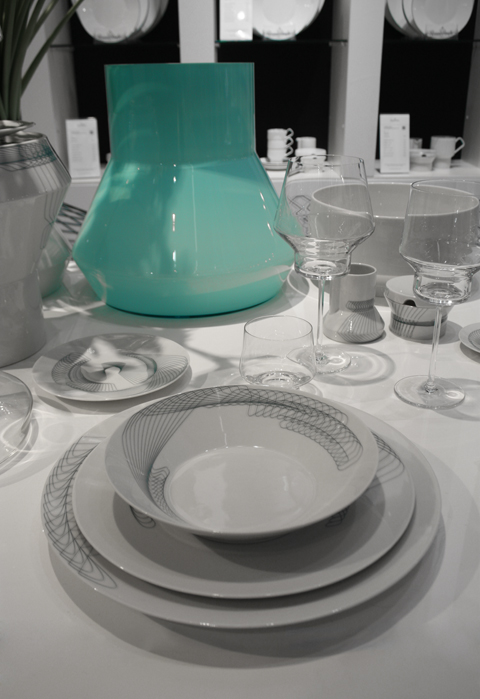 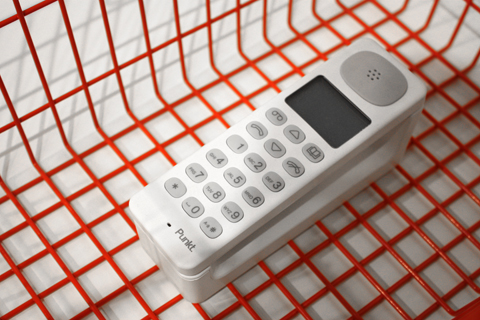 "DP01" by Jasper Morrison for Punkt. 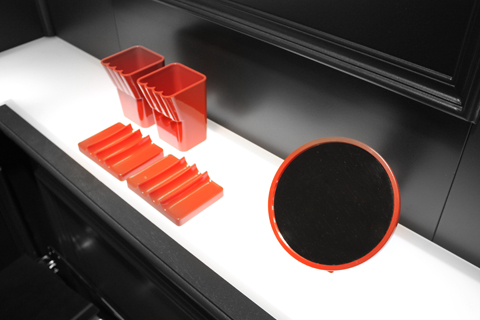 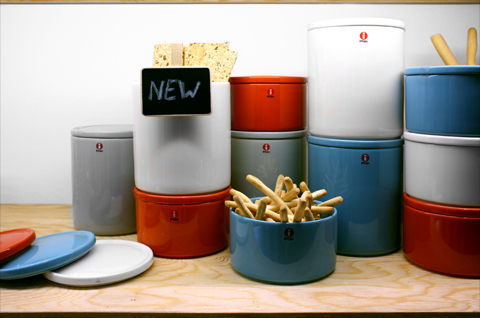 "Purnukka" by Kaj Franck for Iittala 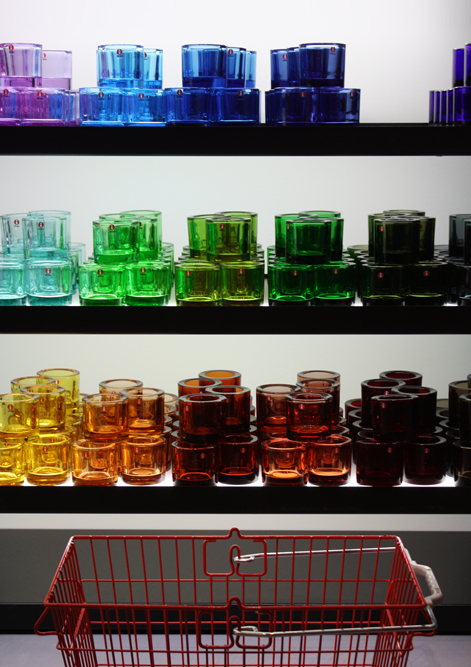 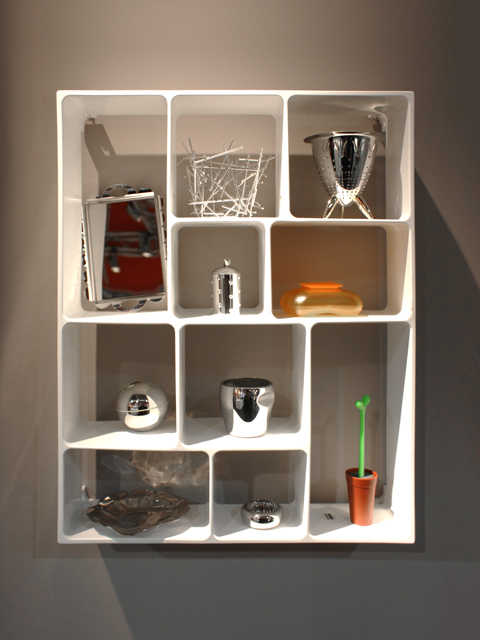 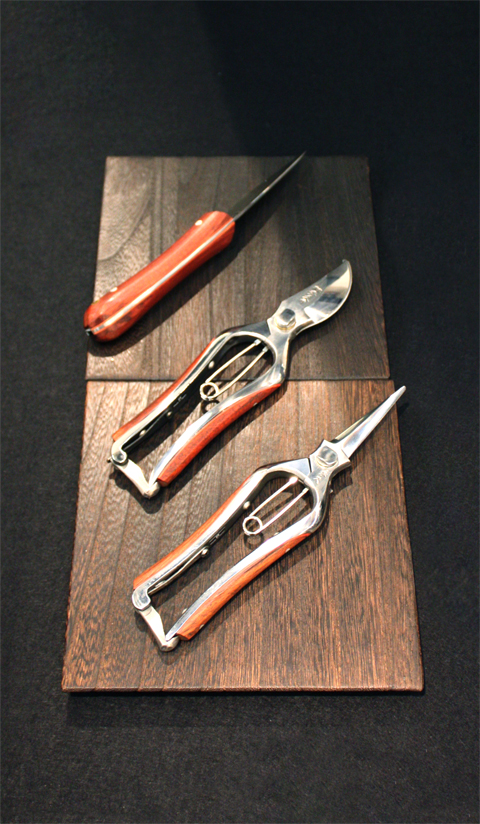 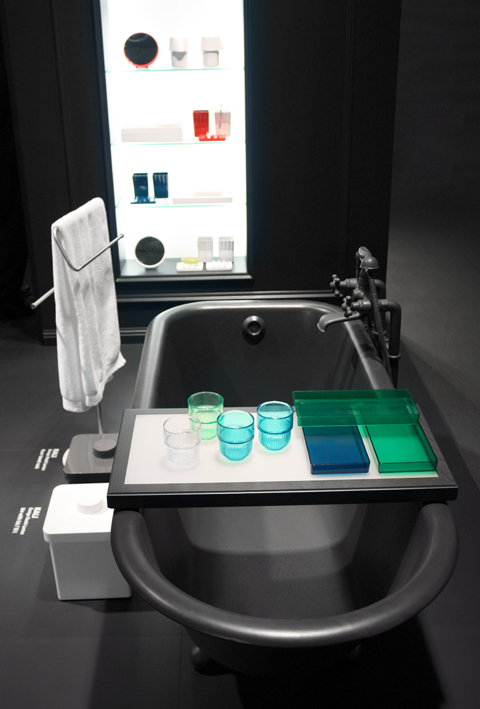 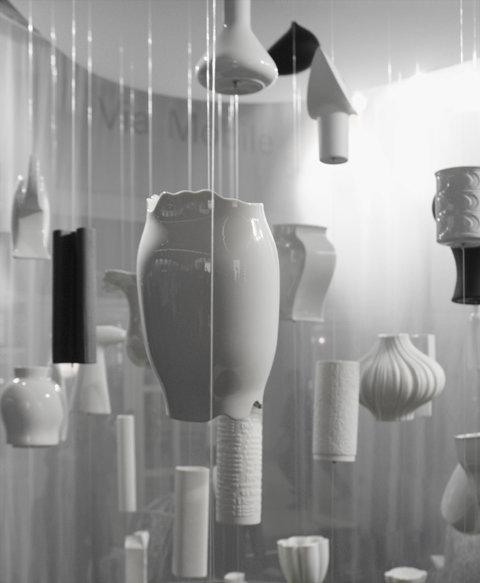 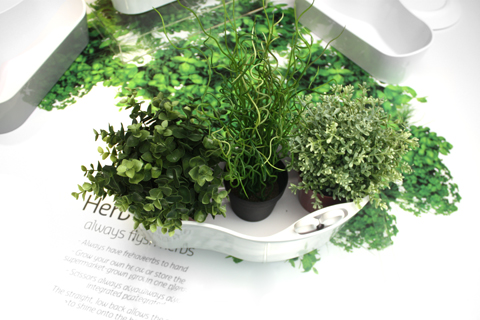 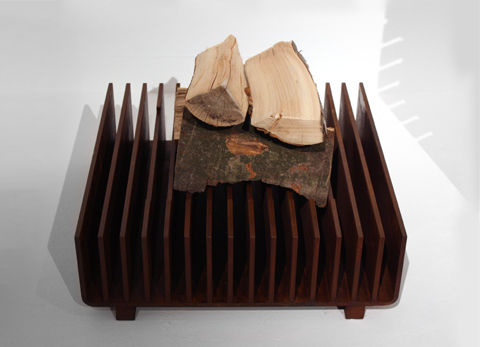 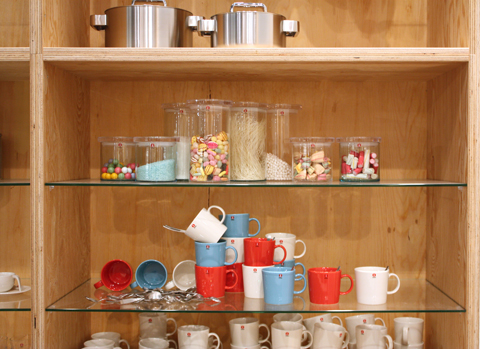 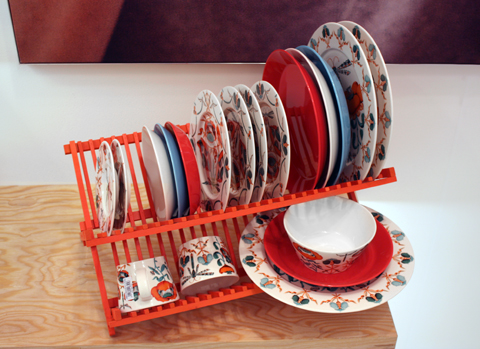 "Teema" by Kaj Franck for Iittala 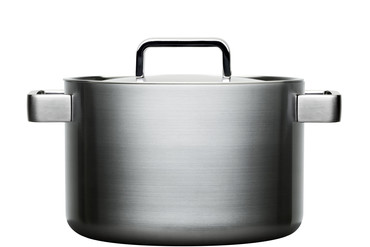