top
Simply because it is simple
von Unbekannt Unbekannt | Jan 17, 2012

On a busy street in the Prenzlauer Berg neighborhood of former East Berlin there's a shop window filled with light and furniture. Against its white walls you can make out drawers, shelves, and tabletops suspended in the air by slender steel frames – at just a finger's width, it's remarkable that these thin profiles are able to support their own weight, let alone stacks of books, organizers and laptops. At once strong and light, tangible and ethereal, sophisticated and simple, the work of the furniture studio Neue Tische comes to life somewhere between the object and the space in which it belongs.

The play on lines, planes, and monochromatic colors harks back to a Minimalist aesthetic, but the furniture of Neue Tische is a far cry from Minimalism's obsession with its image. The fundamental difference between the two is that for Neue Tische, simplicity doesn't come at the hidden cost of complex fabrication processes. Instead, the furniture's ease of production, use, and maintenance takes precedence, from which a formal logic of basic materials and a straightforward assembly follows. In the end, the furniture looks simple because it is simple.

Perhaps the motivation for this performative simplicity originates from the fact that Neue Tische's founders, Mathis Burandt and Frank Skupin, came to furniture by way of architecture. While searching for simple tables to furnish their interior spaces, they found that nothing corresponded to what they had in mind. And because you can't design an interior space without also furnishing it, Burandt and Skupin came to the conclusion that they themselves should design furniture – first as architects and later as principals of Neue Tische.

In a world that is becoming increasingly complex, there's a joy in simplicity and clarity, especially when obscure specializations encourage new markets that turn a profit by incessantly re-structuring our needs and desires. To cite a few examples among many others, processed foods help fuel the pharmaceutical industry; complex automobile engines, the auto mechanic industry; and opaque energy legislation, the insulation industry.

In furniture design, this tension exists between the straightforward detail and the mechanized fitting. Designed to accommodate a high tolerance for imprecision, the fitting is often too complex for the casual buyer to understand. Therefore, as soon as it breaks, the entire piece of furniture is usually thrown away. Replacing a broken fitting with a whole new piece of furniture is key to the self-perpetuating standards set by Ikea, which have not only defined how we approach the individual detail and fitting, but also the entire market itself.

But if you're careful and precise with your work, then the fitting can be entirely avoided. The transition from a mechanized rail to a groove detail and, ultimately, a simple box in a profile subverts the endlessly wasteful cycle of consumption. You can fully remove the drawer from its frame without worrying about being able to reinsert it, and without the rail, there's one less thing to break.

Because Neue Tische's furniture is designed and produced with thought, precision, and efficiency, the details are both simple and beautiful. Routed grooves take the place of handles and knobs and indicate where to grip. An extension of the wrist and a pull from the arm, and the drawer slides in and out of its profile without the need for a rail mechanism. The thinness of the steel frame, which is solid and not hollow, is minimal but strong.

Even more important than the design's aesthetic is its ability to communicate and explain itself to the user. If it is easy to understand, then it must also be easy to use and repair. Simplicity not only provides us with an object that is both durable and lasting, but also restores some of the agency that was lost to technological progress.

Neue Tische's subtle but radical approach to user-friendliness stands out against the backdrop of mainstream and mass-produced furniture. In addition, the designs possess a rare balance between the affordability of the standardized and prototyped and the flexibility of the customizable. Unlike most furniture on the market, measurements can easily be adjusted to fit the height of the ceiling and the particular dimensions of a space, and can accommodate the oddities of a wall, such as its skirting or other decorative moldings.

Next, Burandt and Skupin intend to move beyond the object and even more into interiors, apartments and housing. Luckily for us, good furniture as a pursuit will not be abandoned because it is constitutive of Burandt and Skupin's love of space. The interior of Pro Qm, a bookstore in Berlin designed by the architecture collaborative Ifau (which was co-founded by Burandt) and Jesko Fezer nods to the role that furniture can play in a space. Somewhere between the categories of design and architecture, the store's bookshelves and tables are completely integrated with space. They don't call attention to themselves as designed objects – in fact, you hardly even notice that they're there.

Dieter Rahms once wrote that "good design is as little design as possible". By appropriating this philosophy as its maxim, Neue Tische reveals its own ethic of Minimalism: Make less, because the object is just another layer of space. And, ultimately, it's space that we're really after. 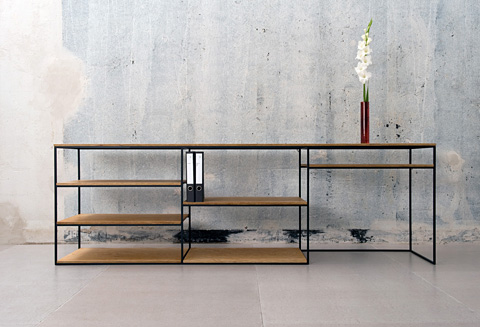 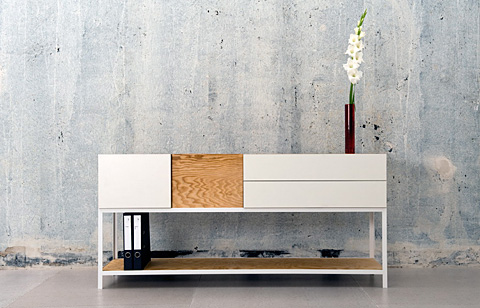 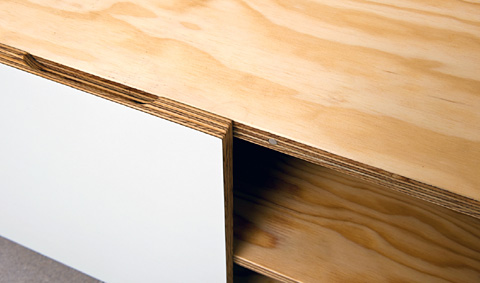 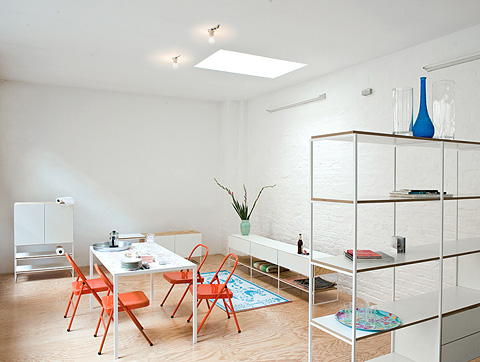 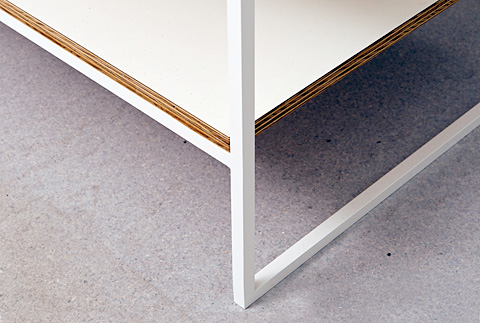 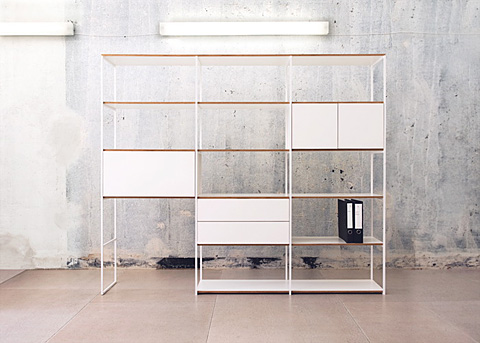 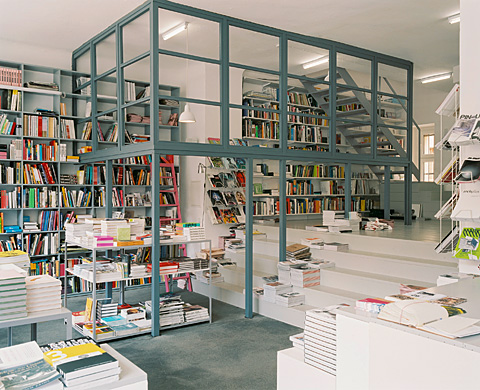 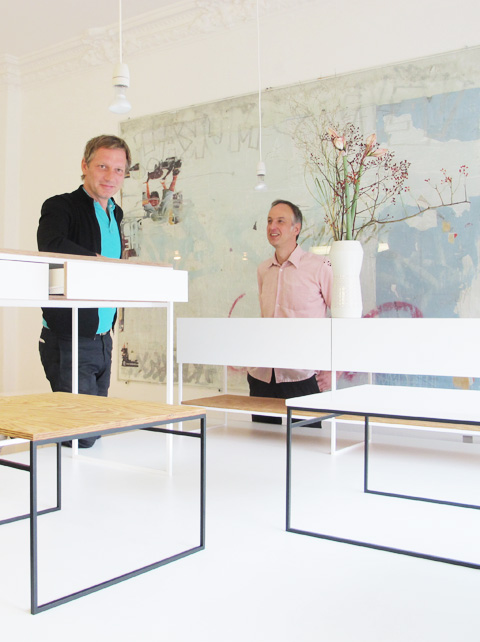 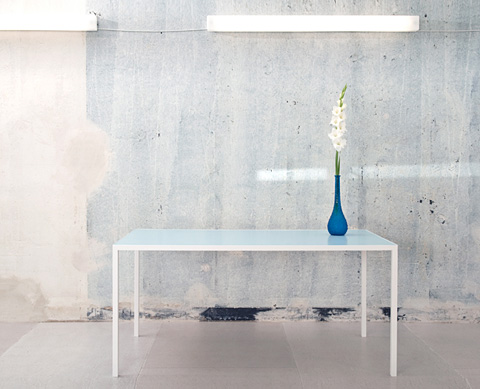 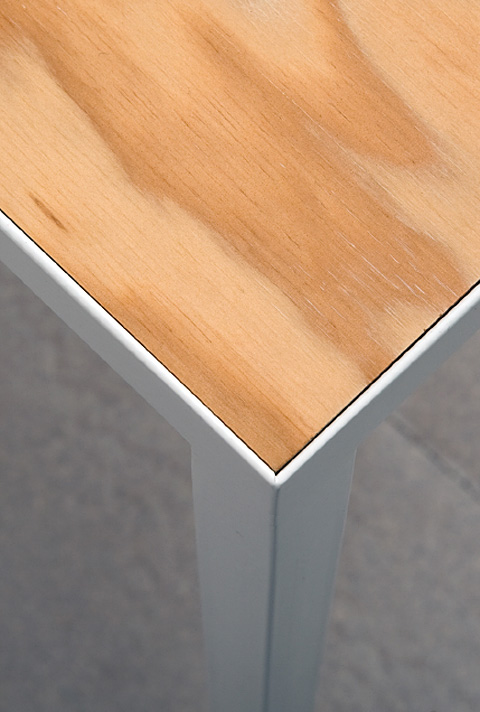 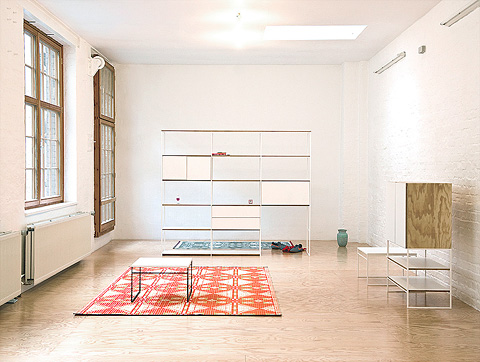 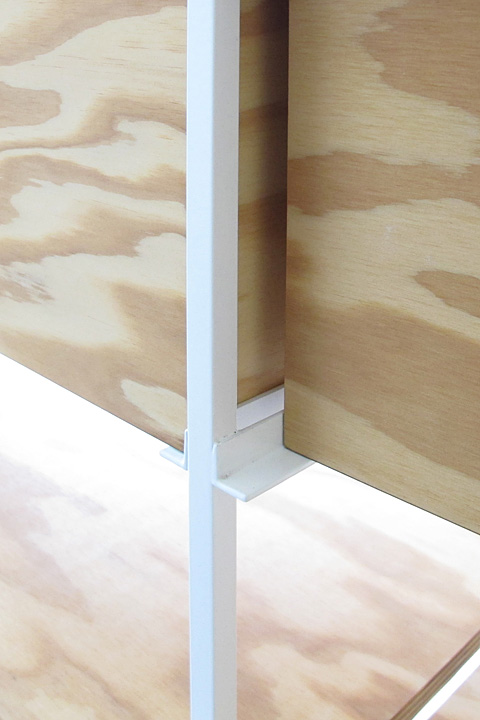 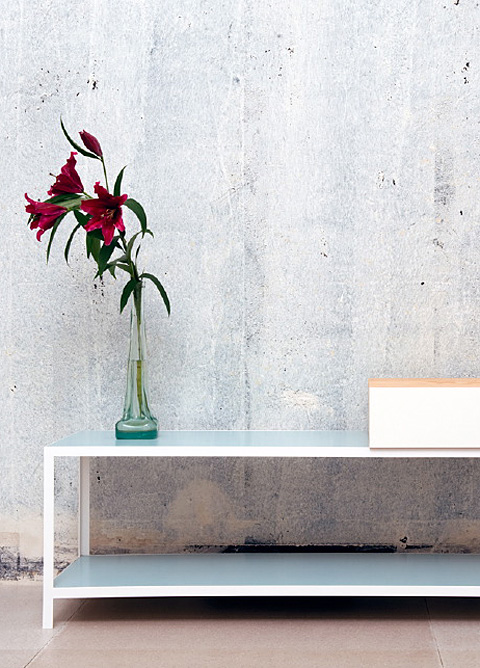 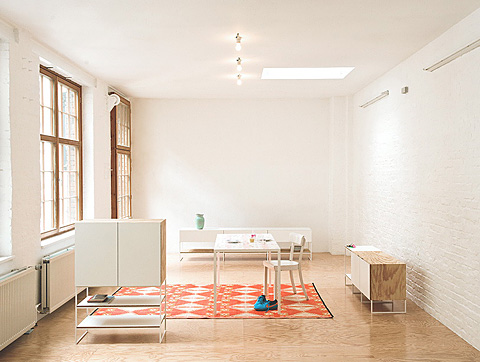 In the end, the furniture looks simple because it is simple, photo © Neue Tische 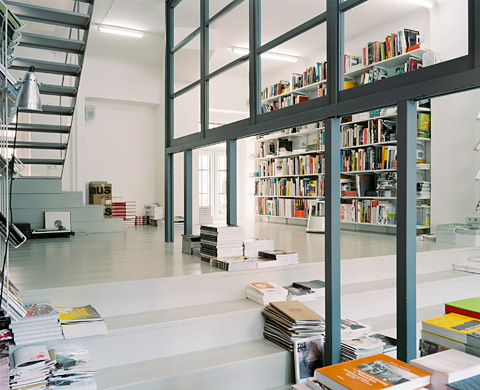 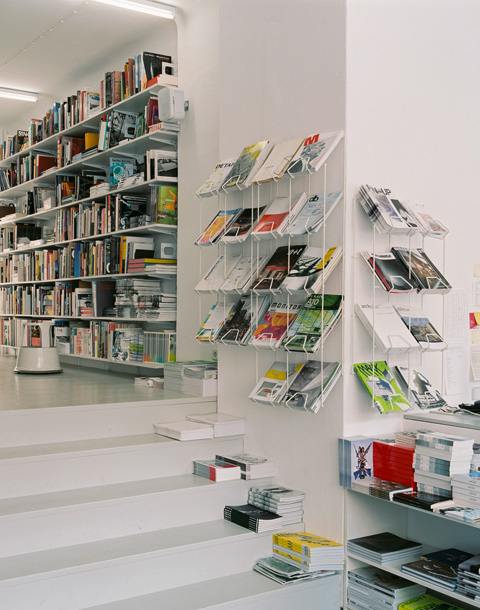 Somewhere between the categories of design and architecture, the store’s bookshelves and tables are completely integrated with space, photo © Katja Eydel
Advertisement