"As if the development of renewable energies crucially hinged on massive state subsidies being doled out," rants Deepak Gadhia, CEO and founder of Gadhia Solar Energy Systems, in perfect German. He wipes his high forehead with a handkerchief as he checks the pressure in the biogas container. Gadhia is the Indian market leader for solar thermally powered canteen kitchens that produce thousands of meals each day. In the largest plant located near the Shirdi temple 50,000 meals are prepared each day. Gadhia supplies customers in the health sector and in the state administration alongside a number of major temples where charitable organizations hand out food to the needy.

"Why," asks Deepak Gadhia, "should the air-conditioning in a high-tech cancer clinic, where the outside temperature is 45 degrees, not be run with solar thermal energy and heat exchangers?" This prime example of state-of-the-art green technology can be admired in the Muni Seva ashram in Gujarat. "Why should farmers burn the dung their cow produces per day at four percent calorific value if they can exchange it at Gadhia for three kilograms of biogas, which has a calorific value of 46 percent?" The plant he is referring to is currently being built. 300 test cows are already busy regurgitating. In addition, farmers are delivering dung by the barrow-load each morning.

While Germany is moving around in circles – withdrawing form nuclear power, withdrawing from the withdrawal and the ultimate withdrawal –a lively grassroots scene in renewable energies has been forming in India. It is being driven by, well, engineering designers trained in Germany. Deepak himself studied at TU Berlin in the late 1970s, following which he developed his first small solar cookers together which his wife Shirin, who recently passed away. At the time, Shirin teamed up with her NGO to reduce the logging of wood for kitchen fires in her local area. "Cooking with the sun that shines abundantly instead of chopping down the few trees we have, that was my humble goal," she said. And succeeded, at least in her local environment. Deepak's solar cookers have meanwhile increased in size, the range of application for solar thermal energy systems has broadened. Solar bakeries followed the solar kitchens, then solar-powered seawater desalination plants and even solar crematoriums were conceived.

The Muni Seva ashram runs a cancer clinic that provides chemotherapy and radiation treatment meeting international standards to urban well-to-do private patients and the poor rural population alike. For the latter, treatment is free – a first rate social welfare institution. Deepak was introduced to the clinic after his wife was diagnosed with cancer. The Muni Seva hospice was able to prolong her life by some months, while Deepak in turn outfitted the clinic with a top-class renewable energy supply system. Eventually, he joined the ashram as one of its seven board members; today under the management of Chairman Vikhram Patel it generates just under 80 million euros per year. 1,200 people live on the grounds that stretch across 104 square kilometers. A perfect example of how experimental technology, if left to bud and prosper, can be at once extremely efficient and cost-effective, as well as highly innovative. To bridge the gap of nighttime energy requirements a large wood pellet-fired boiler is sufficient to power the electricity generator. The pellets are mechanically pressed from local agricultural sugar cane waste.

Pranay Gupta, Head of the Business Incubators at the Indian Institute of Management, who joined me on my visit to Deepak, was equally astonished as I was: "I have never seen anything like this ashram." Gupta, who did his degree at IIT Delhi and at IIM Ahmedabad in India, today assists young high-tech start-ups: "Muni Seva really is an impressive set-up, both in terms of technology and entrepreneurship: profitable, highly efficient, social. A genuine driver of innovation." Examples of this scale are rare in India but they set an example for the numerous small ashrams, NGOs and charitable organizations, both from an economic and a technological perspective. They prove to be versatile paragons for a fundamental shift in the interplay between economy, research, and production.

If you are on the lookout for new concepts of renewable energy production, you should not simply keep to Europe, but expand your search to include the Indian Federal State of Gujarat, and take a good look in amongst its organically cultivated fields. 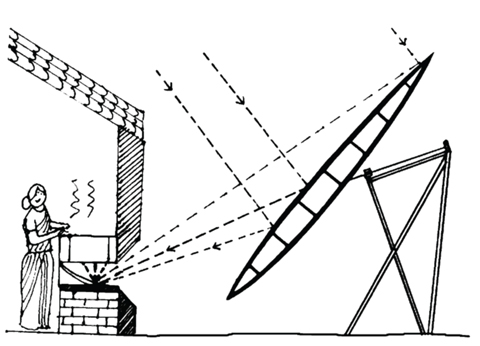 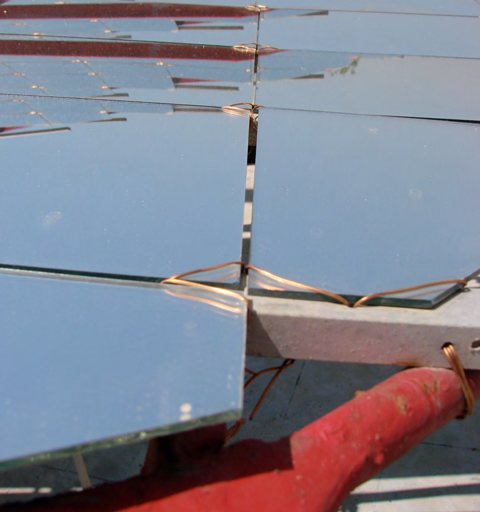 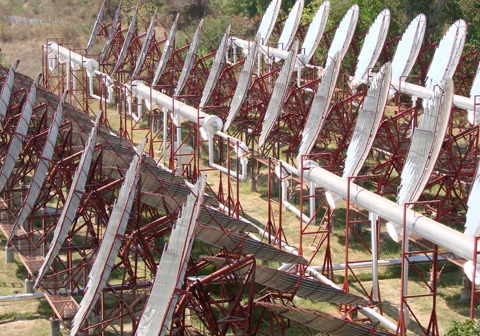 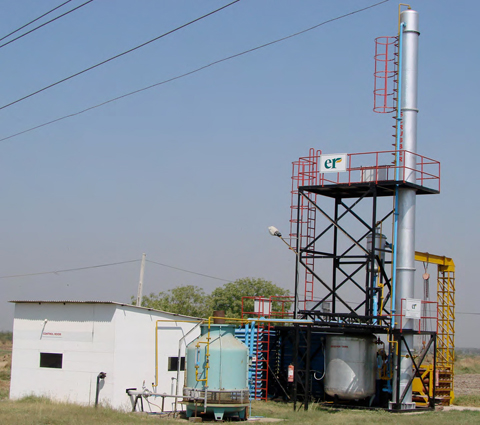 Reflectors on a roof 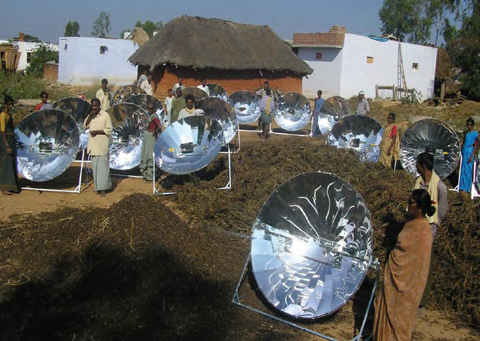 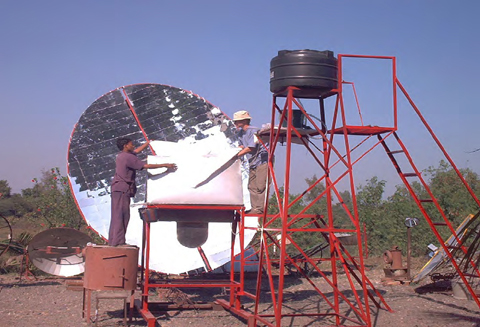 Mounting of a solar plant 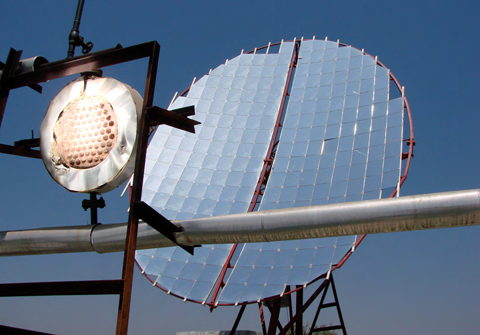 Reflector of a solar cooker 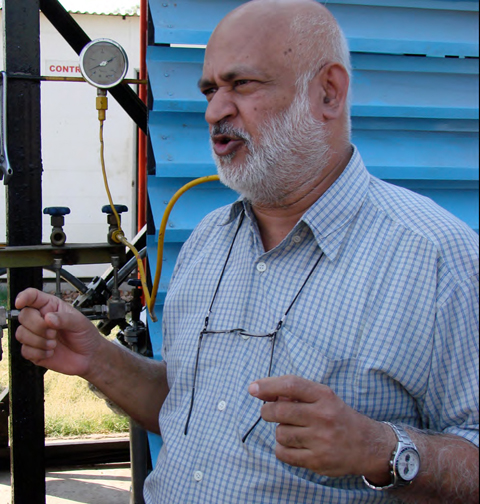 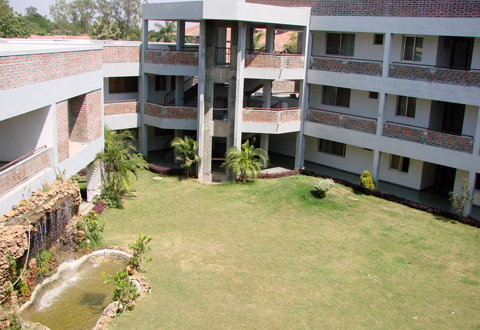 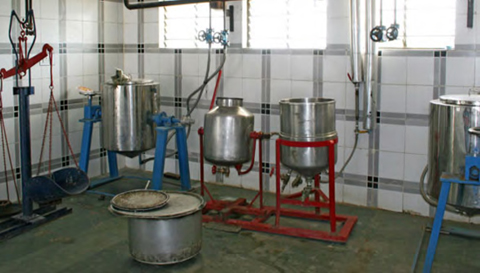 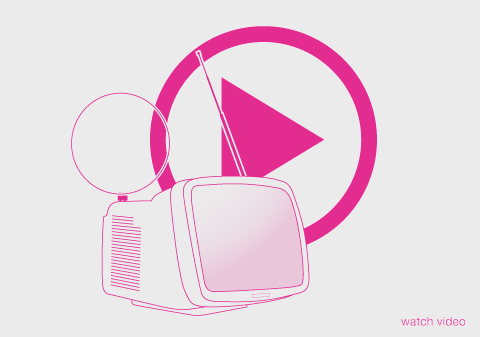 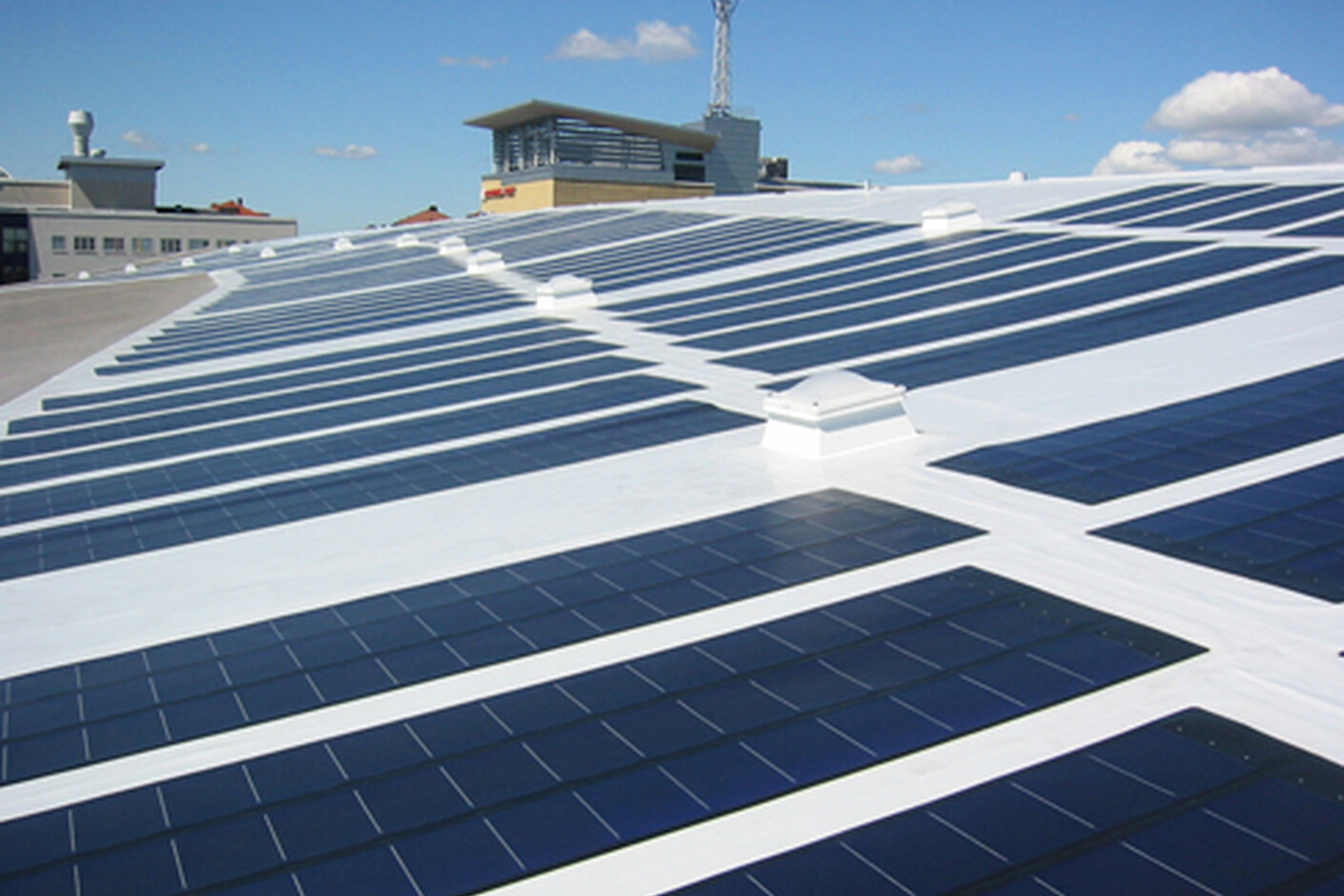 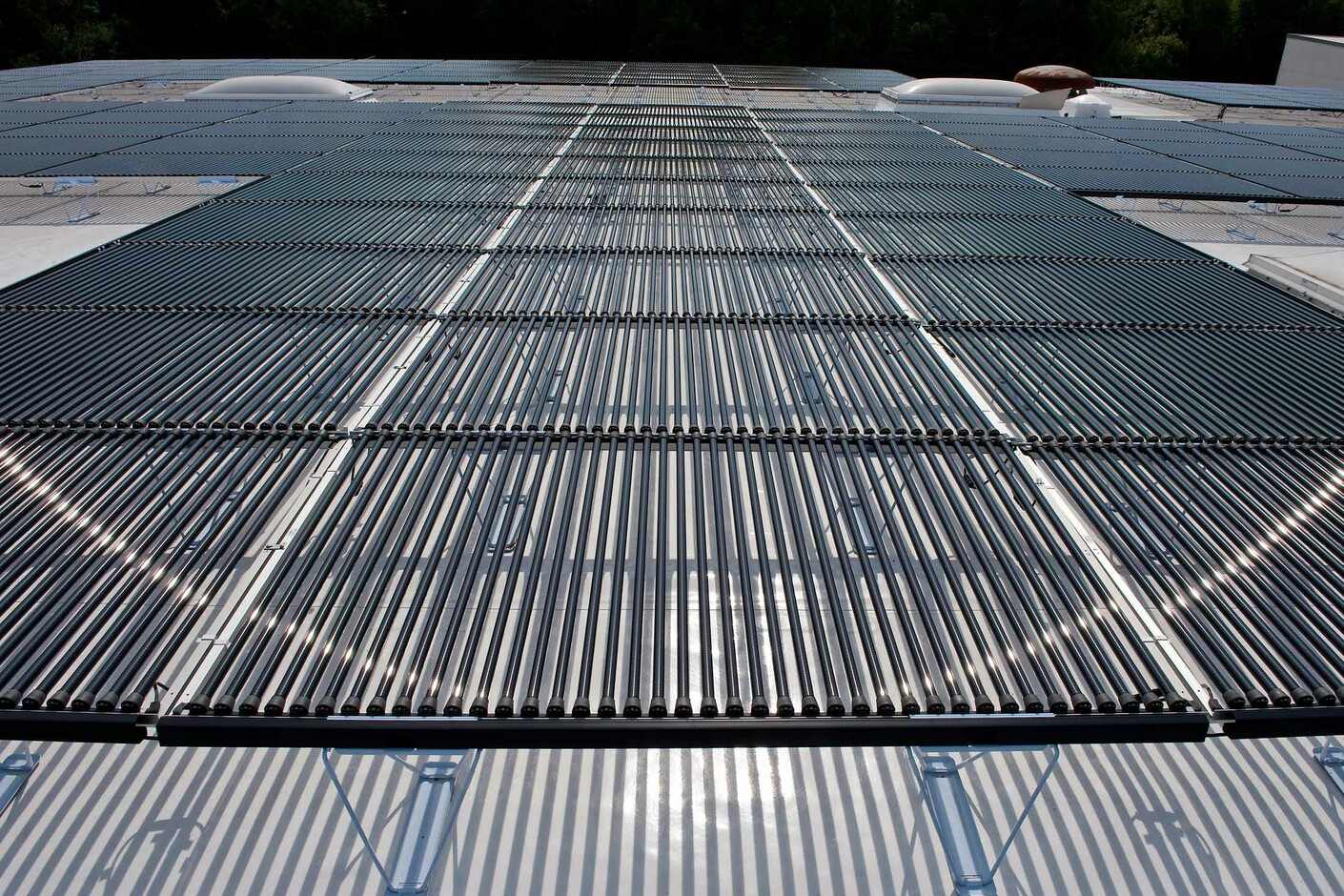