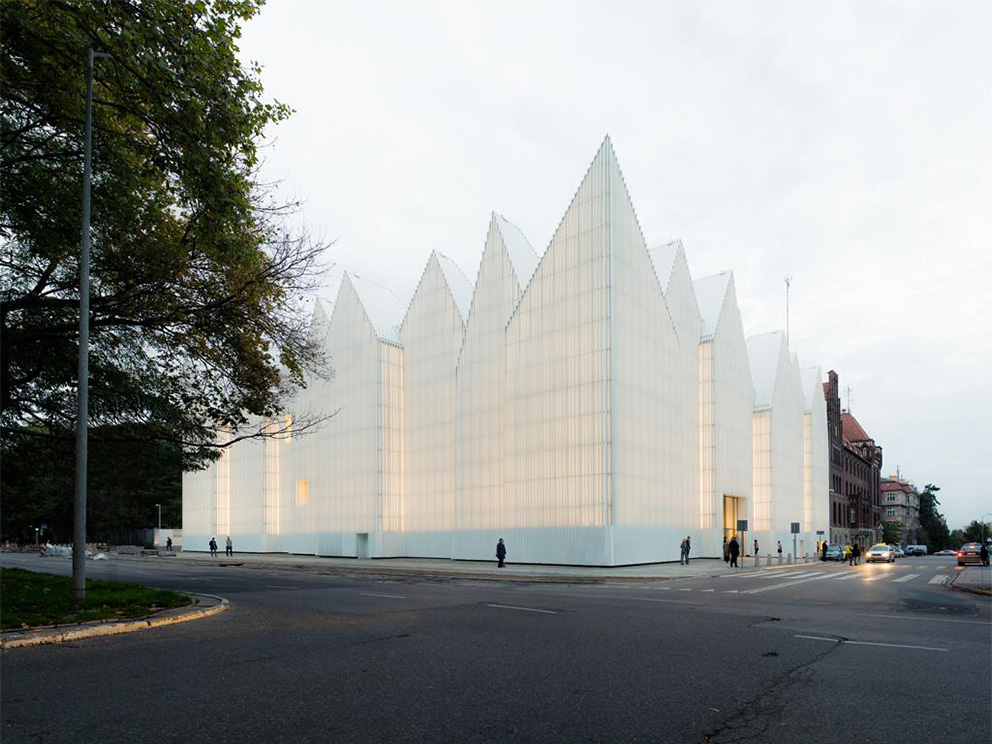 With some architectural prizes, as an architect you can already be pretty proud if your own project is one of those that make the shortlist. This is certainly the case with the “Mies van der Rohe Award”, which the European Union bestows every two years in cooperation with Fundaciò Mies van der Rohe – for outstanding contemporary buildings in Europe. And now the excitement is over as the jury, equally outstanding in terms of membership, has decided: First Prize goes to the Philharmonic Hall in Szczecin, Poland – a spectral building designed by architects Alberto Veiga and Fabrizio Barozzi who together form Barozzi Veiga. With its gleaming white silhouette of pointed towers that seem to meld with one another as they nestle up, the ensemble boasts a concert hall for 1,000 spectators, a smaller one for chamber music, and a spacious area with a cafeteria, which in the inclement seasons of the year can be used as a public space for a variety of events.

Winner in the “Emerging Architects” category, meaning in the section for youngsters, was another Spanish company, the Arquitectura-G office, whose “Casa Luz” residence convinced the jury. Arquitectura-G is a foursome of Jonathan Arnabat, Jordi Ayala-Bril, Aitor Fuentes and Igor Urdampilleta, all of them aged between 34 and 40. The house has a footprint of just short of 80 square meters and is located in Cilleros, Spain, in the inhospitable Extremadura region not far from the Portuguese border. The architects used the old stone walls that stood on the plot and integrated them into the new build. In order to save the birch that stood on the grounds, too, Arquitectura-G shaped an inner courtyard around it, so that it now forms the heart of the building.

The awards ceremony on May 8 in Mies’ Barcelona Pavilion was a home game for the winners, as both offices are based in Barcelona. The “European Union Prize for Contemporary Architecture – Mies van der Rohe Award” is one of the most renowned European architecture prizes, with the prize money for the winner totaling EUR 60,000 and EUR 20,000 for the winner of the “Emerging Architect” category. Part of its repute derives no doubt from the fact that the projects are nominated by independent experts, members of the Architects Council of Europe, national architectural associations and the prize’s advisory council. This year, there was a total of 420 entries from 36 european countries.

Both winning projects are highly sensitive in how they treat the existing built environment. Barozzi Veiga have integrated urban life into their design for the new Philharmonic Hall, and at the same time created a light and unobtrusive monument for the city. With their “Casa Luz”, Arquitectura-G prove not only that good architecture can be cost-effective at just under 500 euros per square meter, but also respectfully and ingeniously tackle the site’s historical linkages, while carefully eschewing painting the past in romantic colors. 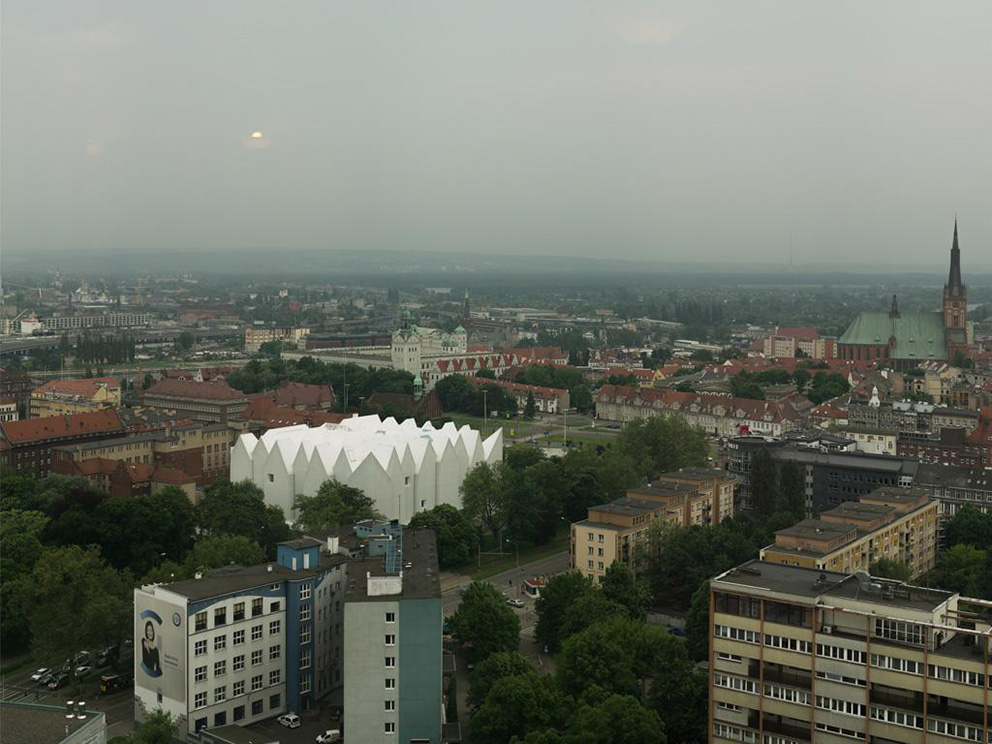 The new Philharmonic Hall of Szczecin is located on the historical site of the "Konzerthaus", which was destroyed during Second World War and recomposes an urban corner in a neighborhood near to the historic city. Photo © Simon Menges 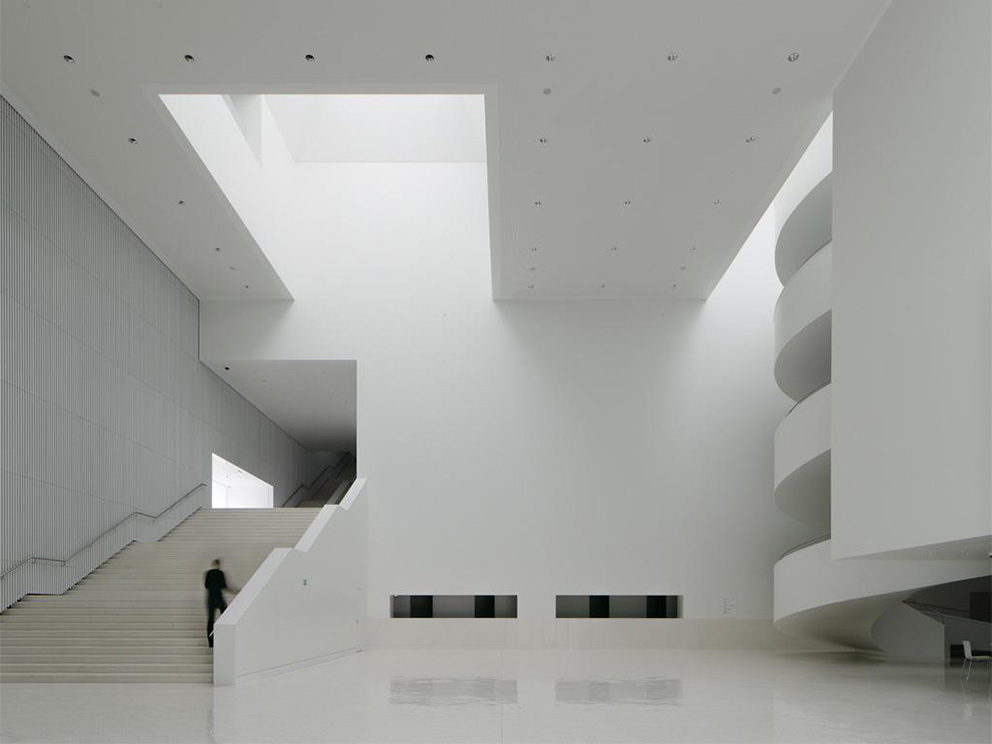 The wide foyer, can be used to host events. The building is configured by a synthetic, but at the same time complex volume, which is resolved through a continuous promenade, which connects all these functions along a single public path through all the levels of the building. Photo © Simon Menges 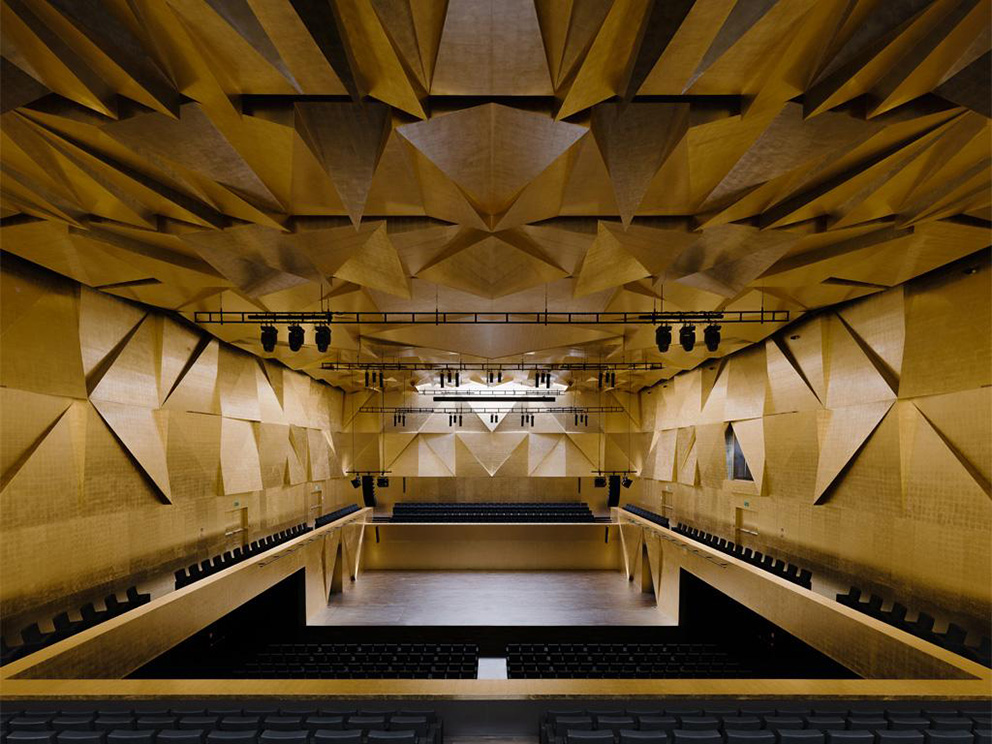 The exterior austerity and the simple composition of the interior circulation spaces contrast with the expressiveness of the main hall. Photo © Simon Menges 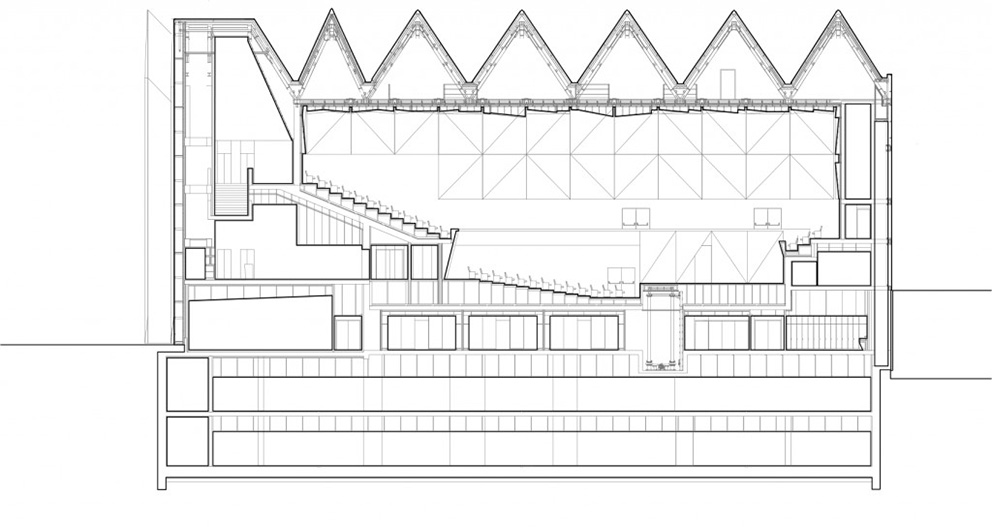 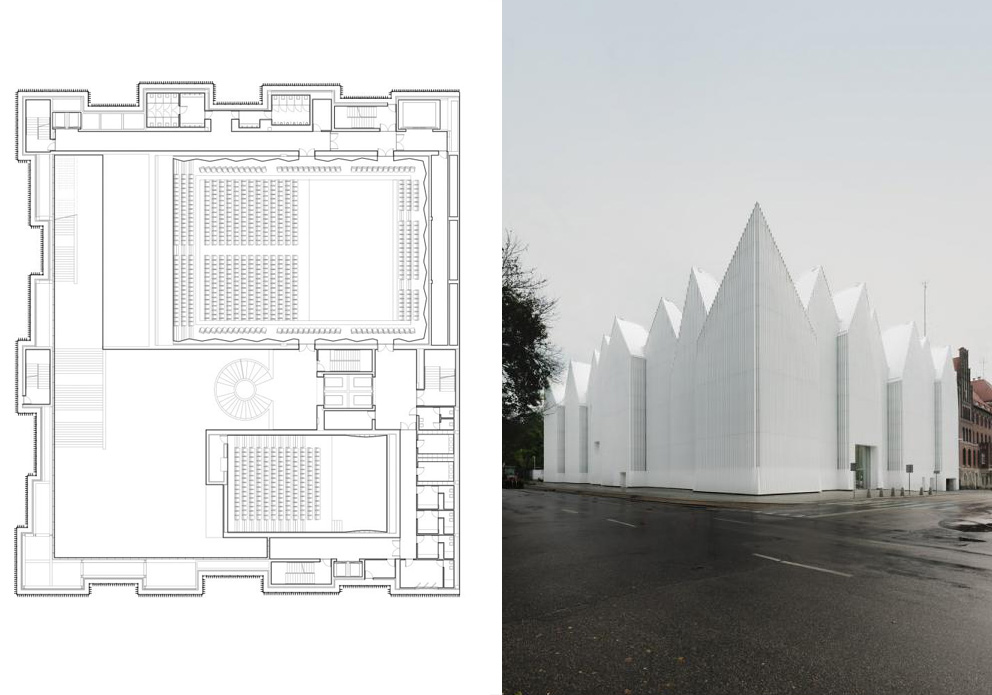 Left: Second floor plan. Drawing © Barozzi / Veiga || In its materiality, the building is perceived as a light element: the glass facade, illuminated from inside, allows different perceptions. Photo © Simon Menges 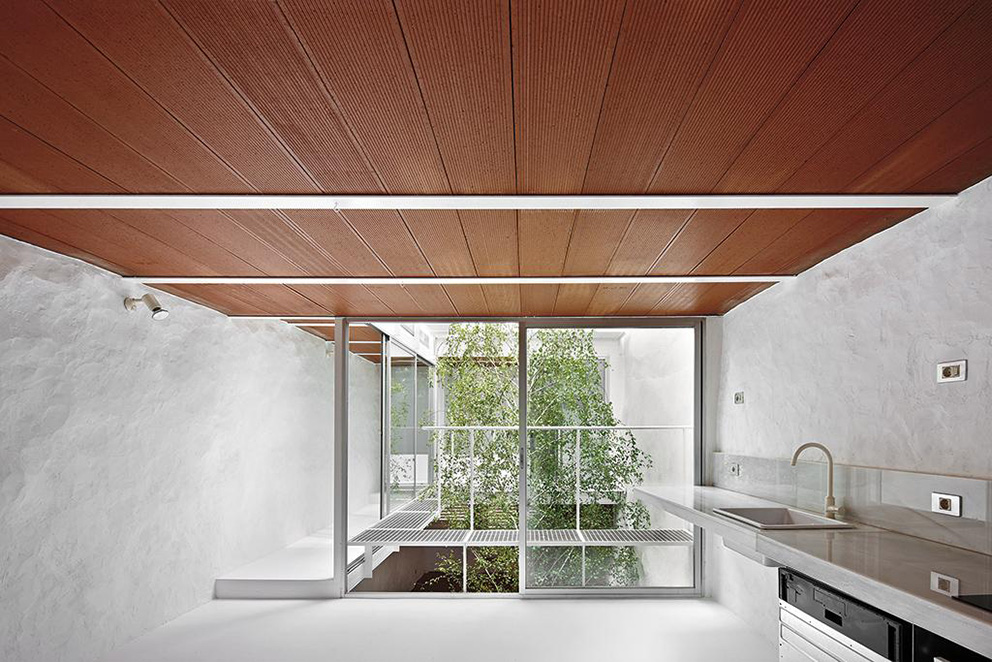 The “Emerging Architect” Prize was awarded to the Catalan Studio Arquitectura-G for its “Hous Luz”. Photo © José Hevia 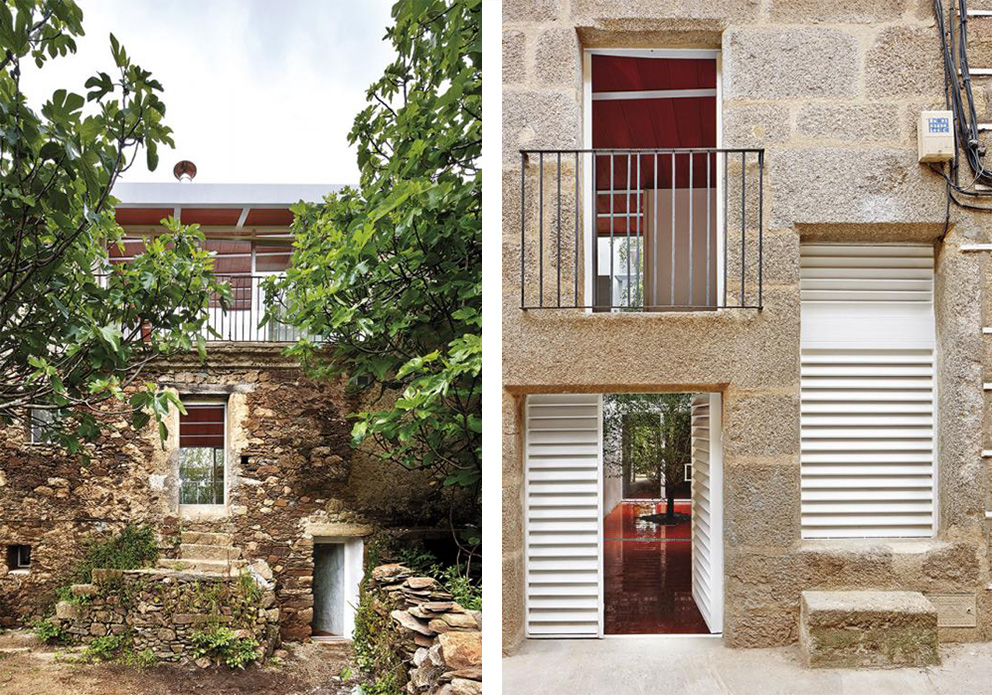 The architects left the stone façades and rammed-earth party walls while arranging the new house around an interior courtyard. Photos © José Hevia 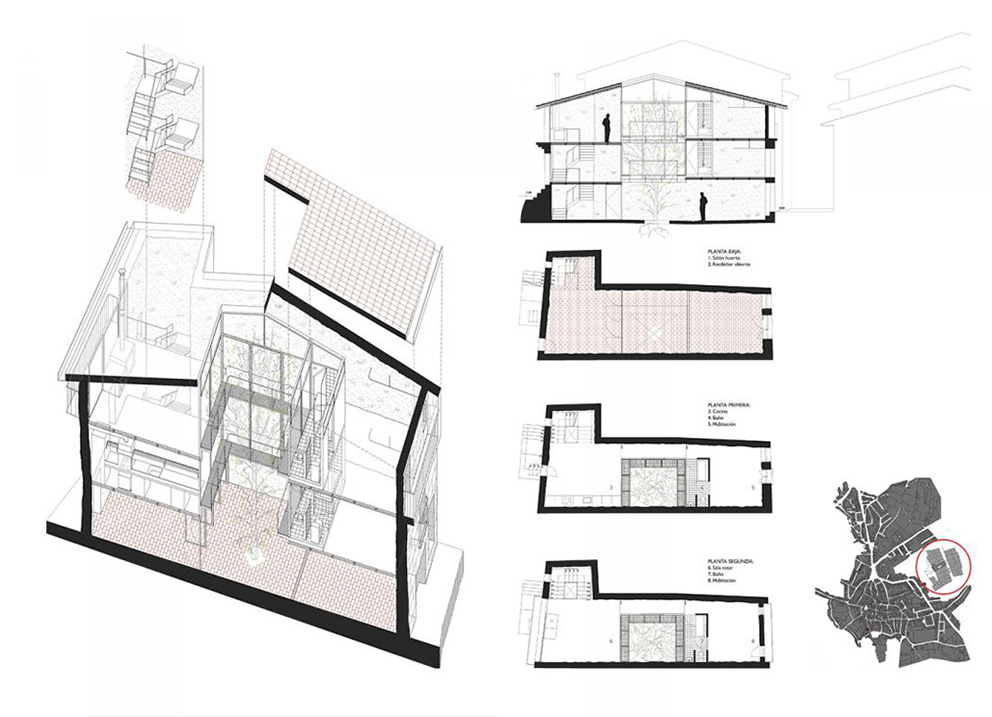 Surrounding the courtyard, 4 floors are built at different levels. Each of these contain a single use; kitchen, living room, bedroom 1 and bedroom 2. Drawings © Arquitectura-G 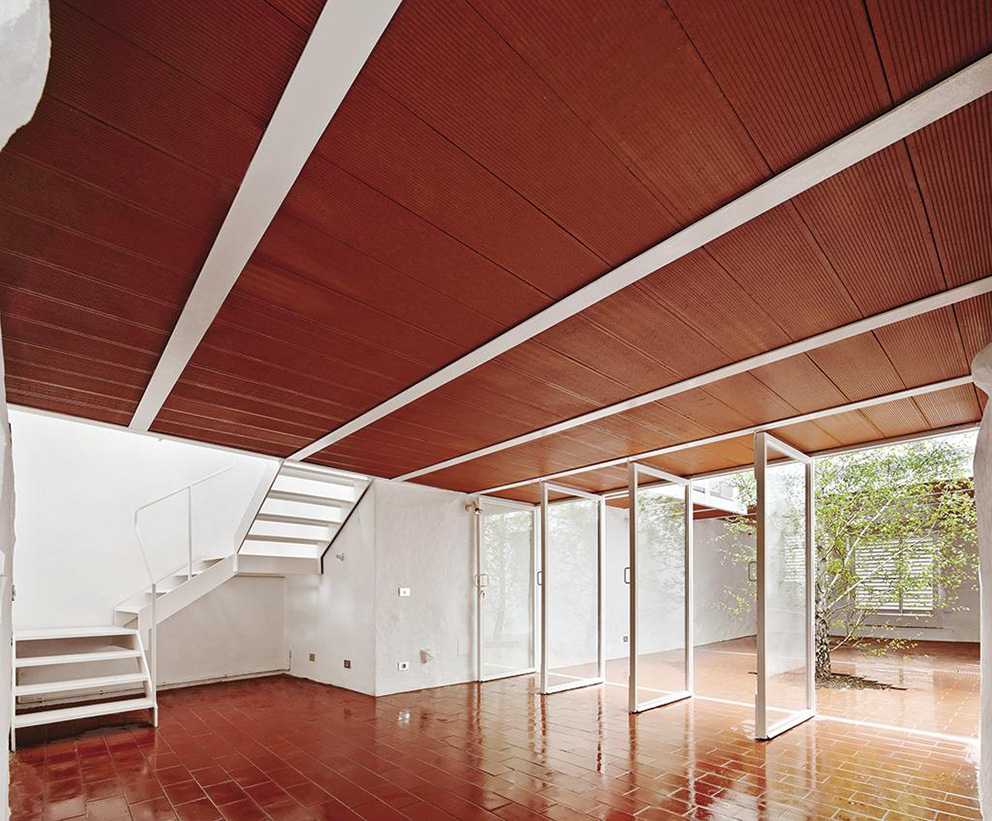 The courtyard is dominated by a birch tree, so that the living room and kitchen are among the green interior and the green garden. Photo © José Hevia 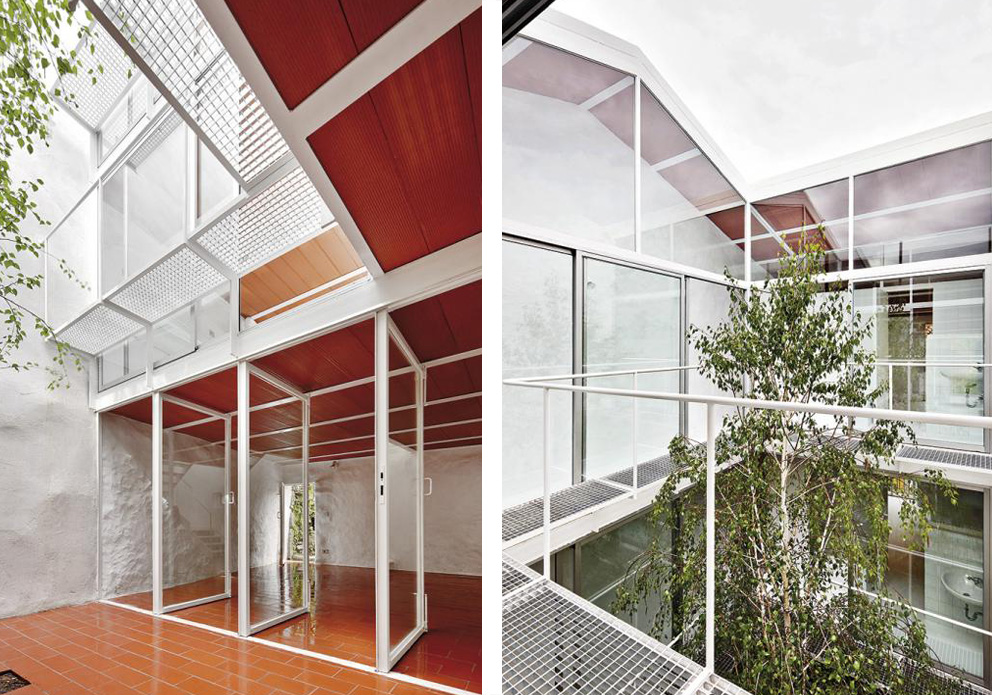 Luz, the owner, wanted a house with lots of natural light and related to the outdoors and the yard. In its original condition the central area of the house lacked natural light and ventilation. These factors, together with a extremely low budget, led to a strategy of simplifying and purifying the design of the project. Photos © José Hevia
Advertisement