Whether it is for the start of the Eurovision Song Contest, the Judo World Championships or the Davis Cup – in the Barclaycard Arena in Birmingham there is always a sporting or cultural event that draws thousands to the recently revamped multi-purpose hall with a seating capacity of 15,800. The venue operators place top priority on security, comfort and a prestigious design. In collaboration with local lighting planners from Illumni Lighting the developers at the NEC Group, devised a comprehensive lighting concept for the inside and outside of the massive complex: Technical luminaires by Reggiani serve visitors as visual orientation, making certain people can find their way around easily either on arrival or when leaving – filled with euphoria at their team’s victory.

Following a two-year period of refurbishment the arena now boasts a gleaming glass facade, a modernized venue hall, and rejuvenated service facilities. Lighting planner Henry Li had Envios fittings mounted on five-meter-high poles flanking the entrances: the rotatable and swiveling LED luminaires byReggiani effectively illuminate the broad entrance stairs and simultaneously mark an important highly-frequented walk area. Henry Li had them arranged in configurations of two, four or six at varying heights and depending on their position chose warm white light with a color temperature of 3,000 Kelvin or neutral white light with a color temperature of 4,000 Kelvin.

Also he installed them in the runaround loggia on the mezzanine floor, where the 3,000 K illuminants provide even and atmospheric lighting for all walk areas. In the interval or after the event visitors can enjoy a snack in the new hospitality areas or freshen up in the redeveloped washrooms. In the latter “Unisio” and “Miled” luminaires by Reggiani with a medium beam and recessed housing were used for selective spot-lighting while keeping the luminaires hidden from view. (sb) 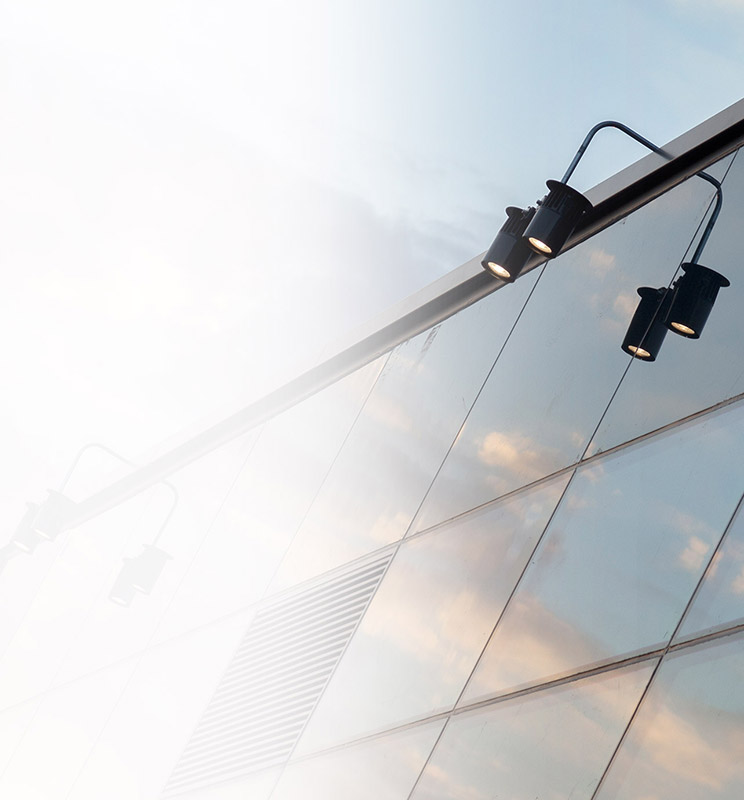 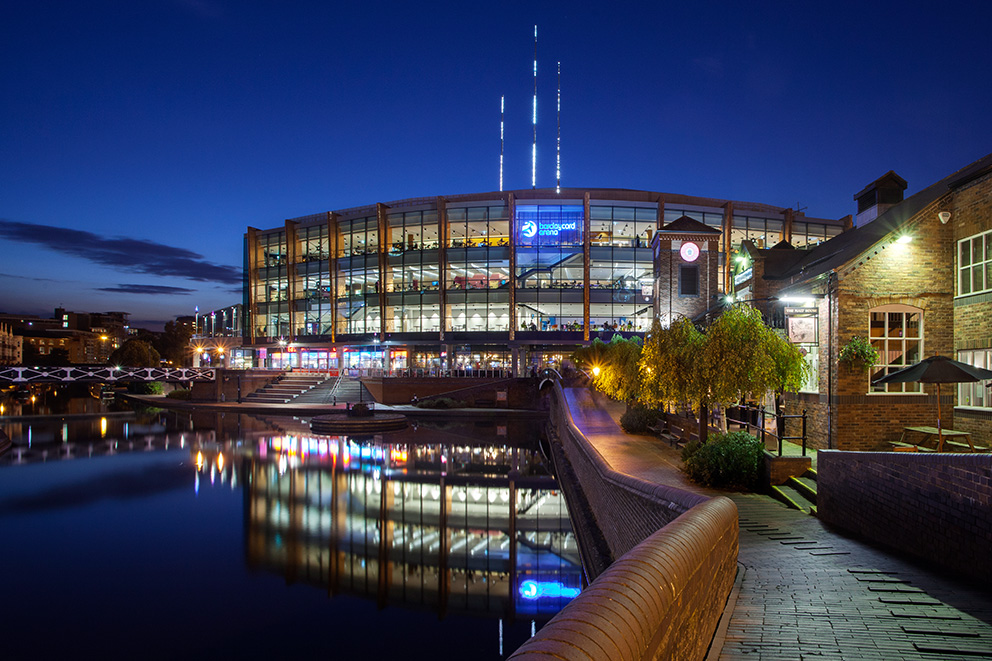 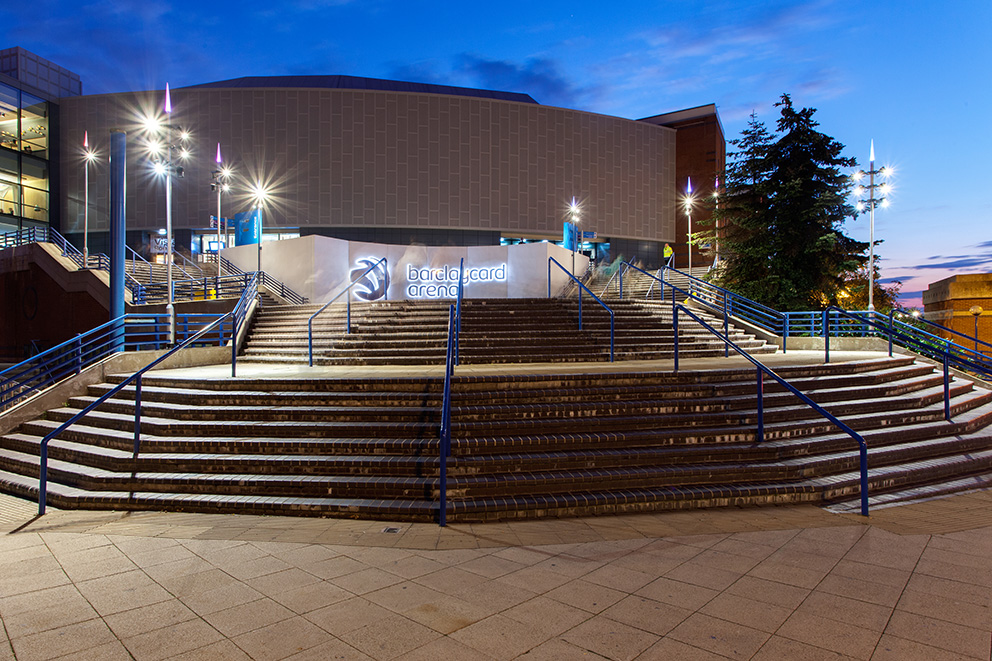 Visual system to guide visitor flows: LED spotlights from the “Envios” line with 32 and 39 Watt beautifully stage the flights of stairs with accented light. The color temperature varies depending on the position of the luminaires between 3,000 and 4,000 Kelvin. Photo © Redshift 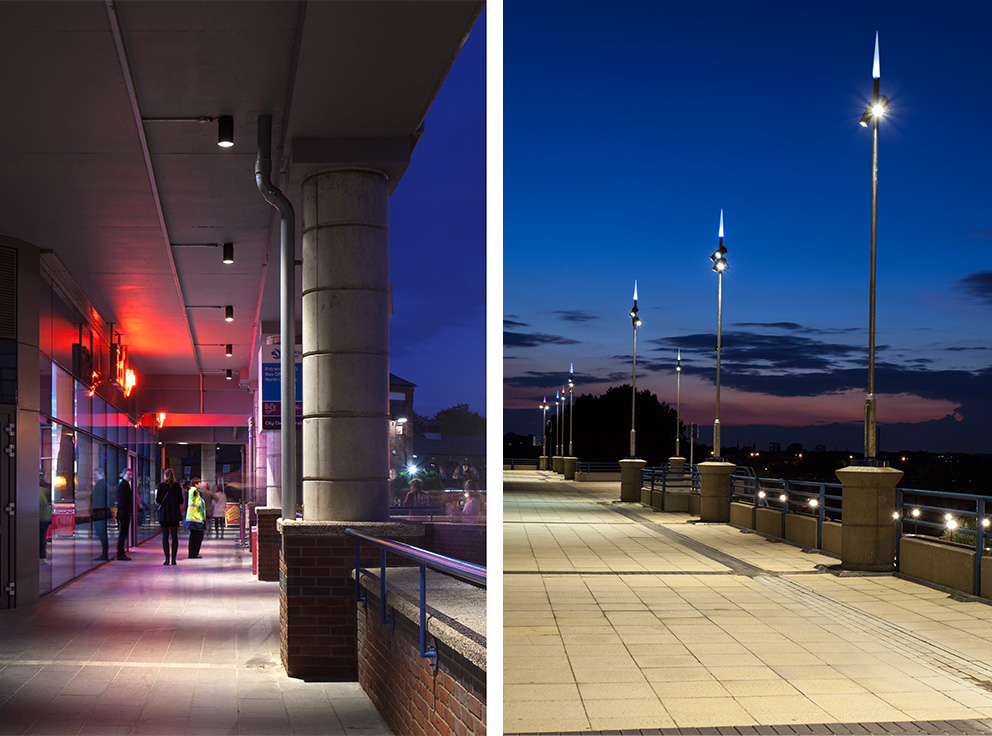 Tour of the arena: LED luminaires from the “Envios” line illuminate the wraparound loggias. . The electrical system is separated from the optical compartment for reasons of styling and improved heat dissipation, thus maximising the lamp's service life. On the right: like a stage, Henry Li has also relied on 20-meter-high “Sky Needles” to set the stage along the walk areas. Photo © Redshift 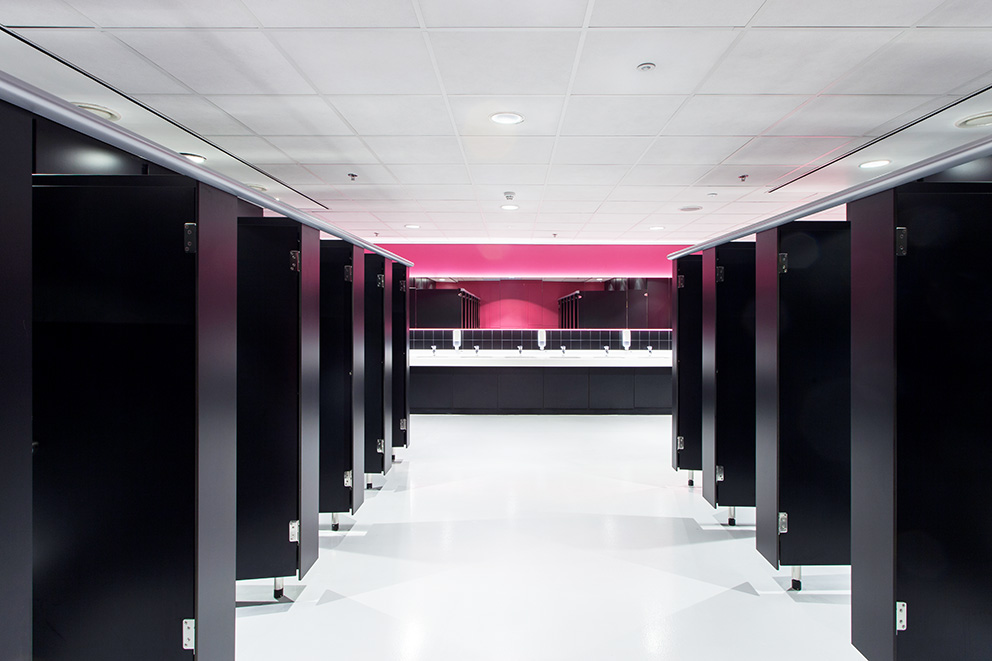 The “Miled” luminaires with their medium angle beams also keep everything well-lit in the spacious washrooms, where they are positioned centrally and in front of each WC booth. Photo © Redshift 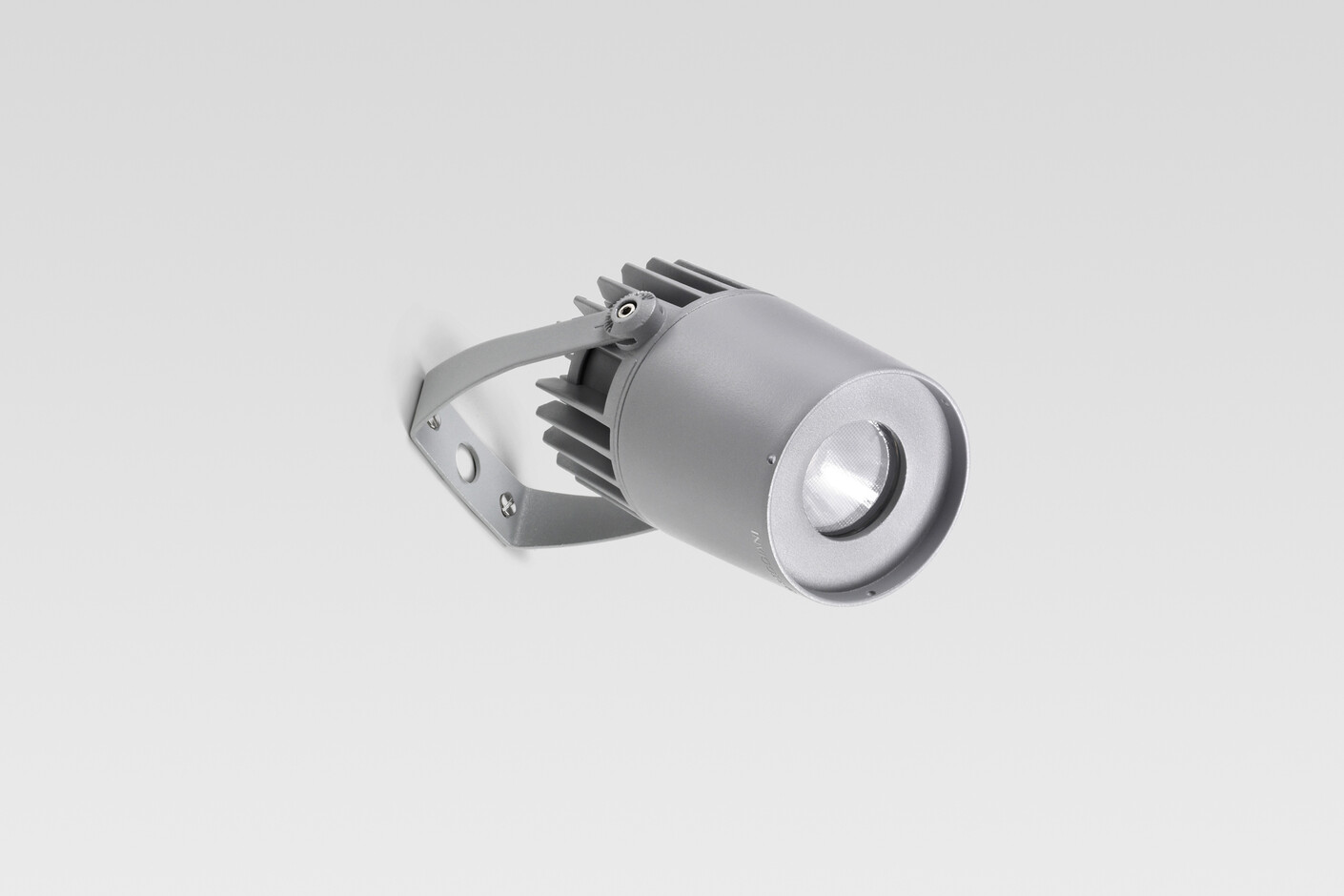 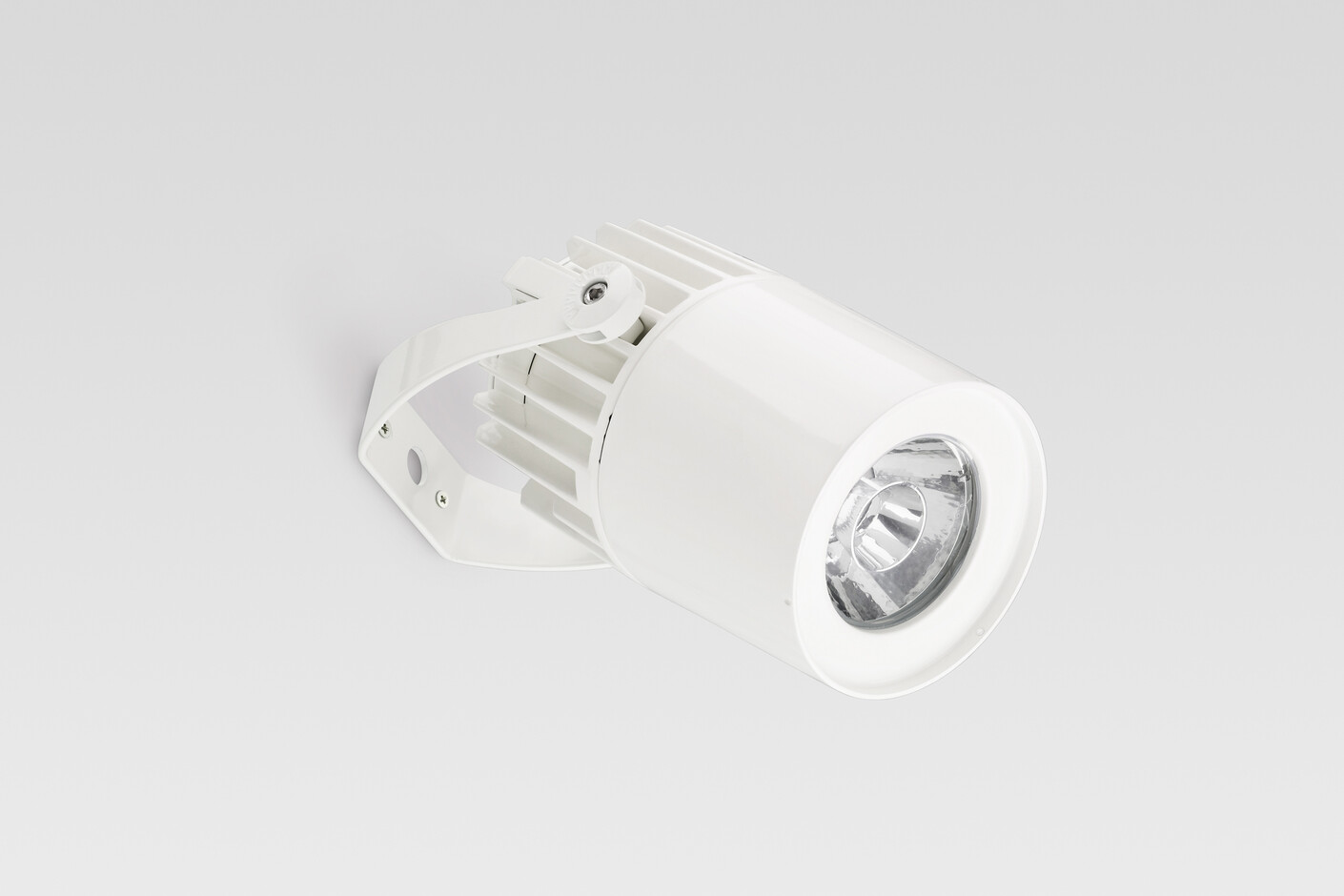 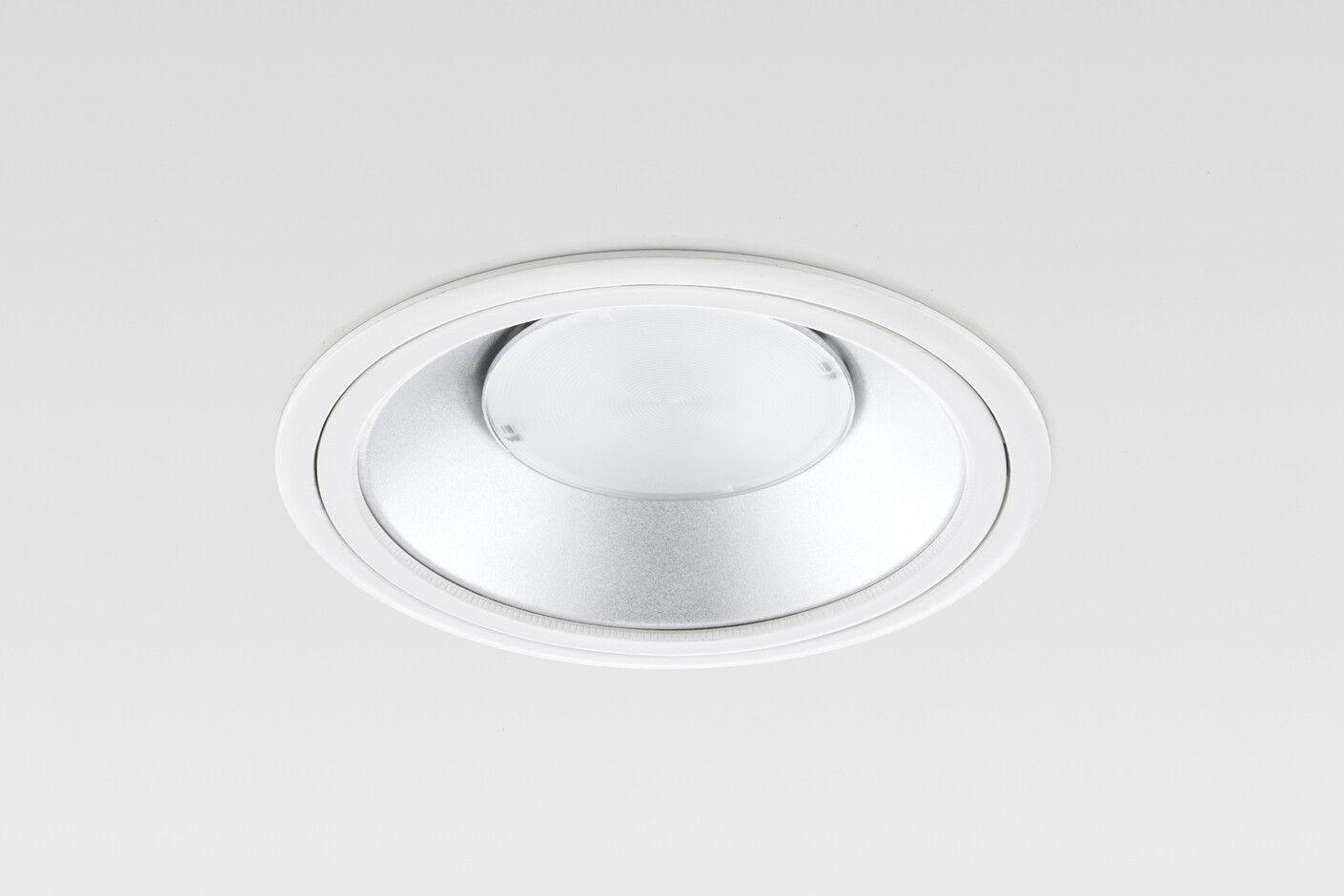