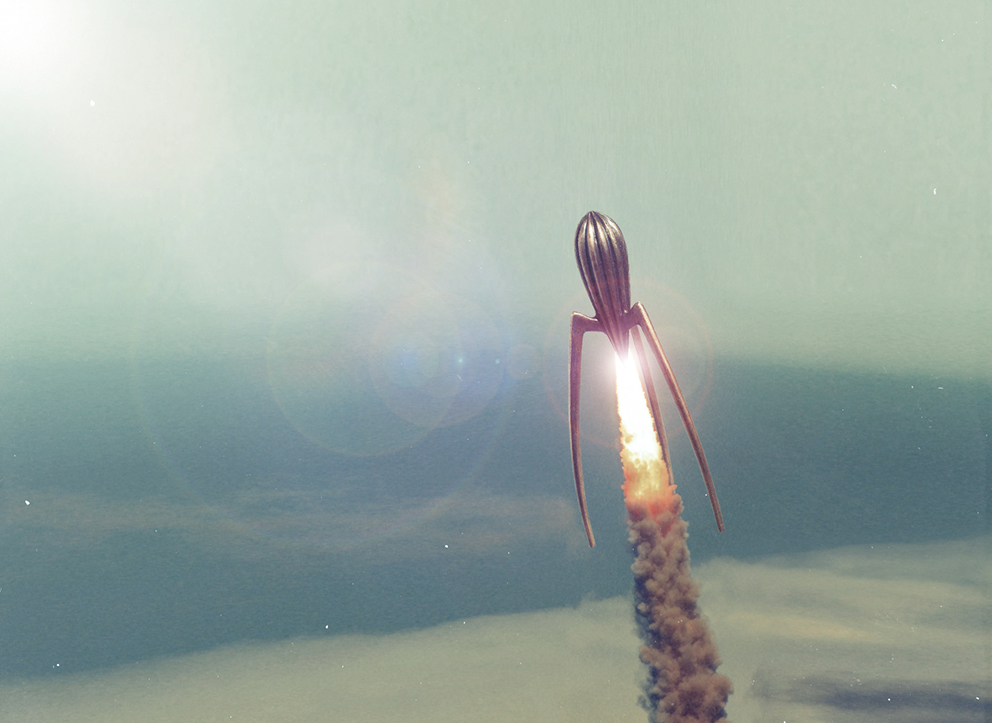 Umberto Eco suggested that “the client didn’t actually want a real lemon squeezer anyway, but an artwork and a ‘conversation piece’ that buyers would cherish as abstract sculptures (which is incidentally very beautiful to behold, but as unsettling as a deep-sea monster) or at any rate as a prestigious object, and not as a household appliance that is destined for practical use.”

He was talking about Philippe Starck’s “Juicy Salif”. Who had the idea for the lemon squeezer while eating fishing on holiday on the Italian island of Capraia, where he immediately drew it on a paper serviette. This he then popped in an envelope and sent it off to Alessi – who brought it out in 1990. So “Juicy Salif”, which is made of cast aluminum and like almost no other object symbolizes the success of household appliances maker Alessi (and that of Philippe Starck) in the 1990s, is turning 25. An occasion well worth celebrating!

The “dream factory”, as Alessi is also fondly called, is marking the birthday with two special editions of the rocket-, space capsule- or spider-like squeezer: Either with a white satin ceramic coat or as a heavy, cast-bronze version (the latter is an edition limited to 299 copies). Which is perhaps once again another way of saying that this appliance is a hybrid that combines usefulness and freedom from utility. (MM)