It was in 1847that the Kunsthalle Bremen started constructing the first building at its current location, which had been designed by Lüder Rutenberg. It opened in 1849. "Bremen is one of the few cities that have preserved their city wall in its entirety," notes architect Karl Hufnagel of Hufnagel Pütz Rafaelian in Berlin. His firm, known for high-profile projects such as the new Gemäldegalerie, an art museum, in Leipzig, prevailed in a two-stage competition that received 351 entries. Not without justification, Wulf Herzogenrath, Director of the Kunsthalle, one of the oldest art museums established upon a private citizens' initiative, says that the intervention is more than just an expansion. Rather, he claims the existing 19th-century buildings and the newly added east and west wings form a completely new Kunsthalle Bremen. After all, the art museum does now have a third more space. "We have touched everything", says Gerhard Harder, Board member and construction officer at the Kunstverein in Bremen. "Touched everything" is supposed to mean that although the existing buildings were not gutted, the building services in particular had to be fundamentally updated. Thus in the new Kunsthalle there are no visible switches or equipment that could detract from or obstruct the view of the artworks.

The art museum in Bremen owns a significant collection of works and so goes beyond simply organizing temporary exhibitions with exhibits on loan from all over the world. That said, by loaning out its own works to museums in 18 German cities during the construction period, Bremen has secured for itself good loan conditions for the future, now considered "noble guests". From the very beginning the Kunsthalle has not been supported by the state or the city, and neither by a prince or an individual private collector, but the Kunstverein in Bremen. And now with over 7,000, the art association even has more members than the Bremen Social Democrats, who have governed continuously in the city state since 1945, as Herzogenrath proudly commented in an interview.

On the opening weekend the new Kunsthalle opened its doors to largely empty rooms. Works that have already been shown include "Künstlerbeiträge in der Gebäudearchitektur", a series of artists' works installed in the architecture, such as the transparent installation "Above – Between – Below" by James Turrell, which is spread over three floors and "A Hole in the Wall" by Wolfgang Hainke, which features a shaft that "swallows" of all kinds memorabilia thrown in by visitors, never to release them, as they slowly but surely pile up in an inaccessible room between the old and new buildings.

A great many people attended the free viewing of the new museum on Saturday; not only the art-minded citizens of Bremen, recognizable by their clothing and disposition, but many wearing the green home colors of the Werder soccer team too. Museum in the morning, Weserstadion in the afternoon (to watch the eventful game between Werder and Freiburg, which Werder won 5:3). Museum expansions and new builds haven't exactly got an easy time of it in Germany at the moment; Bremen too had to use its imagination and find patrons to be able to complete the renovation work on the Kunsthalle. Not only the federal government and the City of Bremen are each shouldering a third of the estimated total cost of €30 million, but also the private Bremen-based sponsors Karin and Uwe Hollweg and the families of Friedrich and Peter Lürßen. The Kunstverein intends to take out a mortgage to finance the unexpected extra costs totaling around €7 million. The existing buildings were already partially renovated between 1996 and 1998 by Bremen-based architect Wolfgang Dahms. This was when Herzogenrath had new media rooms created on the top story, for John Cage's installation "Essay" amongst other works. A characteristic oval was also installed, which had opened the foyer upwards but was removed again in the course of the recent work. The previous renovations remained piecemeal, owing to a lack of funds. But as the exhibition team headed by Herzogenrath continued to attract increasing numbers of visitors to Bremen with their highly successful activities, the security technology and climate control systems at the museum were simply no longer able to keep pace.

Yet building works were always an adventure for Kunsthalle Bremen. Indeed, the Berlin-based architect Werner Düttmann and his clients in Bremen racked their brains over an extension building for seven whole years. It needed to offer plenty of space but remain as unobtrusive as possible and certainly not be an eyesore in the surrounding landscaped park. Düttmann revised his winning competition entry for "a flat building whose structure responds to the topography" twice and initially shifted his extension building from the south to the west. It was later realized as a cube annexed on the east side, sunk into the sloping ground so as not to stand out, but then clad with red bricks after all, which provided a sharp contrast to the yellow sandstone of the original buildings. The large lecture hall was located in the basement. In 1982 the extension building won the Association of German Architects Award (BDA), with the jury commenting: "it does not compete with an inappropriate claim to originality with the architectural pathos of the old main building". The building was demolished in 2009.

It has now been replaced by two extensions east and west of the original buildings. At first glance the overall complex appears to have regained its symmetry, "integrated into a new unity", as Karl Hufnagel puts it. Yet because the first extension to the Kunsthalle by Albert Dunkel and Eduard Gildemeister around 1900 had to be rotated slightly owing to the slope of the ground, the new extension buildings are also oriented on this feature of the land. The top and bottom stories are glazed for use as educational rooms and office space, while the exhibition stories do not have any windows, instead being fully clad with polished terrazzo panels. Circling LED strips at the height of the historical cornices of the old buildings can serve as brackets for artistic text installations or visitor information. Invisible geothermal heat pumps combined with a photovoltaic system are intended to keep operating costs low.

It is not the artist that is the most important thing in the museum, says Herzogenrath during a tour of the buildings, "the most important thing is the visitor and his or her perception of the art." The director will be here for only a few more weeks, putting his stamp on the arrangement of the exhibits, before he retires. As of November 1 art historian Christoph Grunenberg will take the reins. He has stated that he wants to focus, among other things, on the interrelationship between Modern art and popular culture with music, film, fashion and architecture.

"We didn't want to design an extension that speaks for itself," explains architect Karl Hufnagel, "but rather create an organic connection between old and new. Both on the outside and the inside." The proportions and materials of the new extension are derived from the structure of the old section. Strips of electroluminescent film on the ceiling of the newly created exhibition halls, for instance, make reference to window axes and doorways in the old building. Similarly to Düttmann's extension, the latest buildings also keep a certain distance from the existing ones. Viewed from the outside, they form a whole, but in the central stories the new building moves away slightly from the old one. This leaves the side façades with their architectural embellishments, round arches and cornices and historical traces visible. Narrow gaps and even passageways between the sections were also created. The architects felt duty bound to protect the building's history as a monument in the sense of Karl Friedrich Schinkel's understanding of the term. At the center is an "understanding" extension, rather than a ruthless intervention, which is quick to destroy in an assertion of its independence.

Sometimes however the combination of modernity and history seems a little formal. In the old section, for instance, there are wooden floors of dark smoked oak, whereas in the extension has been used light oak. This means, for example, that the listed reading room in the print gallery, to which a modern counterpart has been successfully added, now has dark floorboards too. There is no doubt that the redesign of the Kunsthalle Bremen goes hand in hand with a classification of the overall building. And yet the great effort made in the name of quality is ubiquitous, uniting the Kunstverein, museum director and team of architects. Indeed, this is not one of those hollow attempts to recreate what has long since disappeared. The new Kunsthalle Bremen is not a new city palace, a half-timbered old town or a department store with an historical façade, but a statement on a current understanding of contemporary architecture, and possibly, to borrow the words of Wolfgang Pehnt, a new "beginning of modesty".

Following the opening of the building on August 20, the exhibition "Edvard Munch – Rätsel hinter der Leinwand" (Mystery behind the canvas) will be shown, starting October 15. The show revolves around a Munch painting in Bremen, under which, during its restoration, another painting was found. 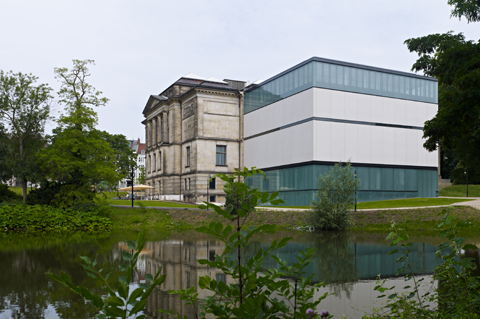 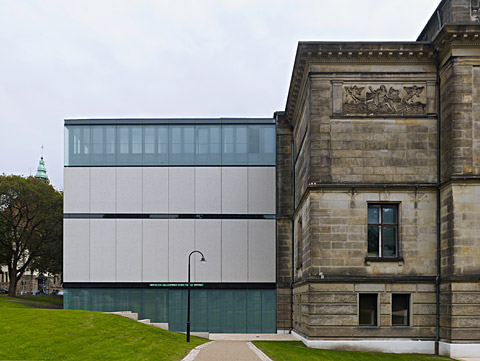 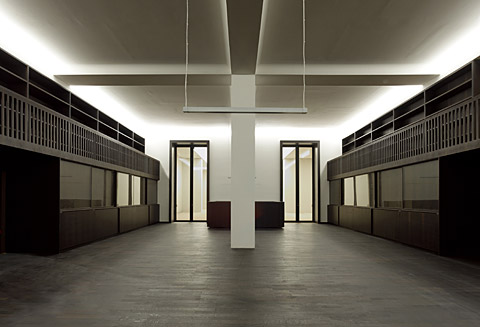 The new study room with its modern shapes doubles the amount of space available to the Copper Engravings Hall, photo: Stefan Müller, Berlin 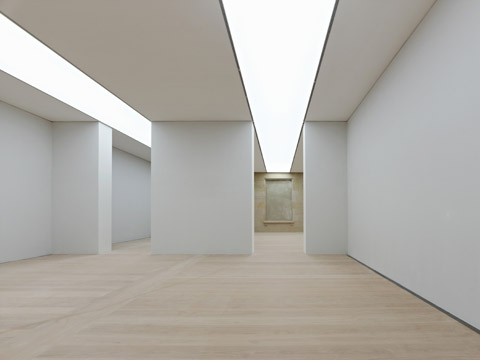 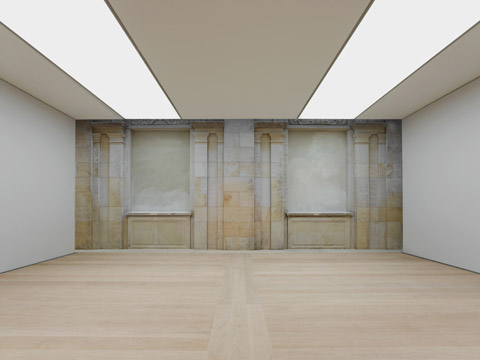 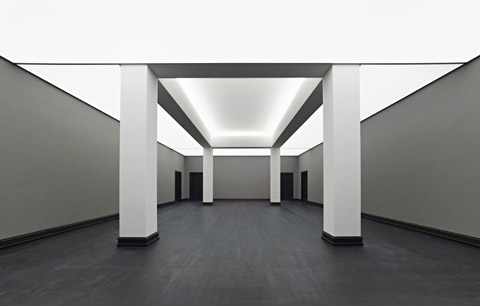 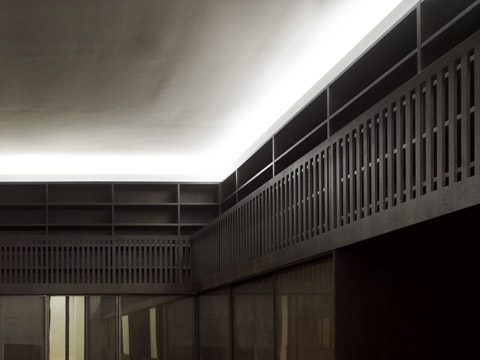 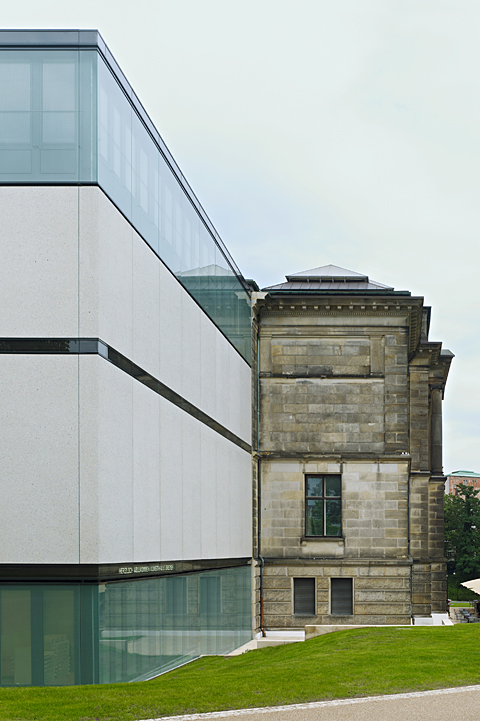 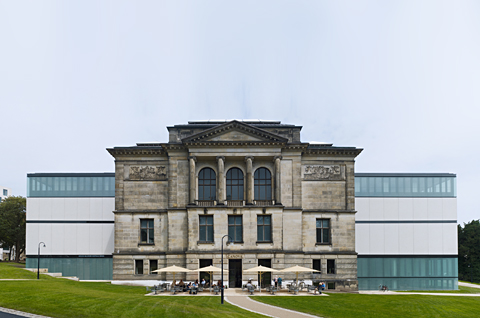 View of the extended Kunsthalle Bremen from the south, photo: Stefan Müller, Berlin 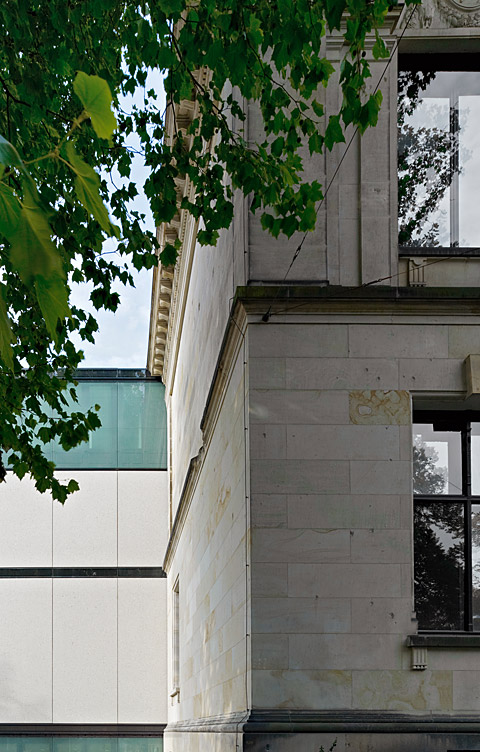 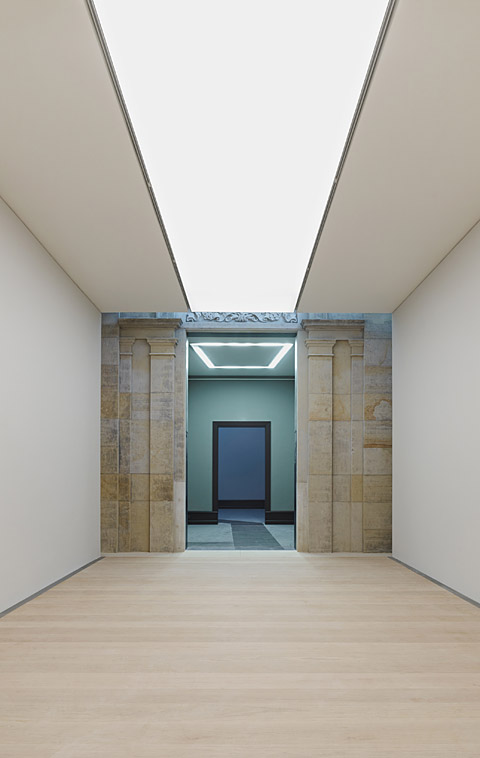 Transition between modern additions and the original historical building. The light zones in the ceiling are scaled in line with the windows and doors of the old edifice, photo: Stefan Müller, Berlin 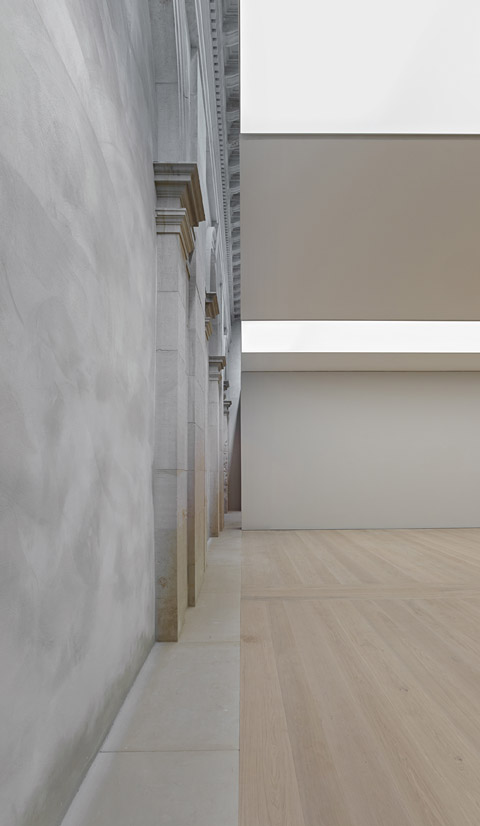 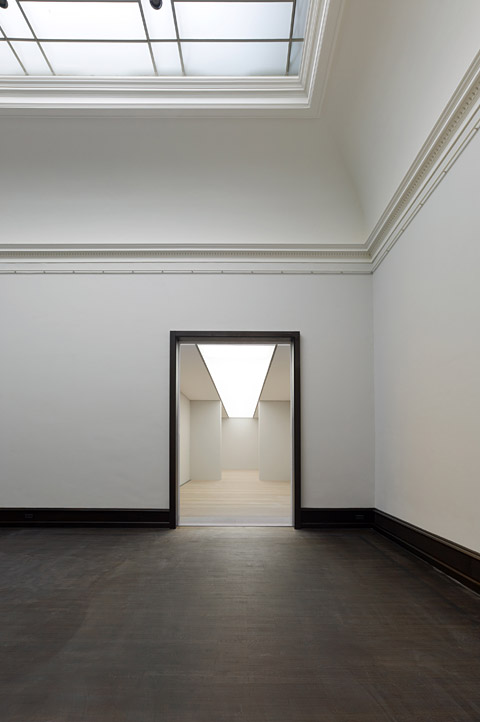 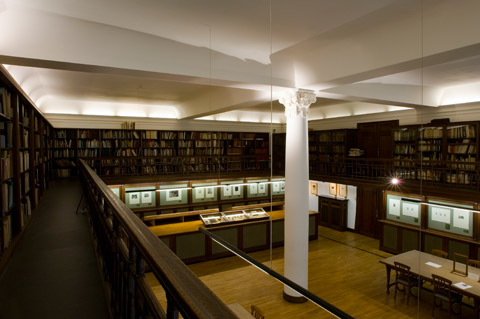 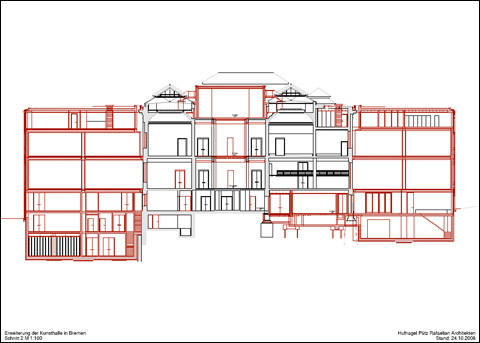