A boutique fashion store and a tea-house in a run-down building, the second floor of which can barely support ten people stepping onto it at the same time; a café that seats its visitors in a semi-dilapidated terrace with four walls but no roof; a photography exhibition in a former factory sales office, left empty for so long that the doorman has made good use of the outdoor space to successfully grow grapes ... Dashilar Alley, part of Beijing Design Week's Design Hop, brings you to the most unlikely neighborhood in town to see design.

For 600 years Dashilar, a neighborhood roughly one square kilometer in size and consisting mainly of traditional Siheyuan (courtyard) houses and low-rise buildings, was Beijing's most prosperous and cultivated quarter. Located strategically near Qianmen gate, Dashilar straddled royal and civil life to form one of China's most vibrant marketplaces and entertainment venues; it hosted some of the country's oldest shops as well as theaters that are said to have given birth to Peking Opera. Ultimately this began to change, as did the city; its ever-increasing, animated skyline contrasted sharply with Dashilar's worsening condition. Commercial vacancies, an exploding migrant population and a lack of developed infrastructure started to cut Dashilar links to the city as a whole, creating what is considered by many a slum in central Beijing.

What some may deem lowly has met with enthusiasm among the participating curators, shop owners, designers, artists and photographers in Dashilar Alley. More than 20 Chinese and international participants adapted to the cramped conditions in the old neighborhood and are hosting a series of exhibitions, pop-up stores and events that are dotted around the neighborhood and require visitors to go off the beaten track and wander into smaller Hutongs (narrow lanes). The spaces they are provided with have clearly seen better days; some are traditional courtyard houses in need of structural support, one house seems to have been just spared demolition, and there are factory spaces built in the socialist era with slogans painted on the wall. The creative minds have evidently seen this as a welcome challenge and delivered results that often combine retouching the space by applying minimal changes with a curated program that works in synergy with the space.

Wuhao Curated Shop, founded by Isabelle Pascal in Beijing in 2010, is a platform that aims to showcase and foster talented designers, brands and talents from China and abroad. Tucked away in a Hutong off the main Dashilar West Street, Wuhao is the incarnation of a small century-old building that was once a tea-house with a pop-up shop and tearoom, bringing together selected design, fashion and products arranged in a presentation inspired by the "5 Elements" of Chinese philosophy. Each of the "fire", "metal", "water", "wood" and "earth" rooms incorporates a thematic color and decorative elements that relate the element to corresponding characteristics, in effect creating a walk-in theater set where design plays the leading roles. In the lighthearted "wood" presentation, which is signified by the color green and the season spring, a seemingly humble wooden table stands in the middle. On closer inspection, young furniture designer Sarah Zhang has created a marvelously ambiguous table, which functions as a tea table or dinner table for laid-back moments, and when flipped open, transforms into a desk worktop complete with a pinboard fixed on the reverse of the wooden flap and spaces for office equipment. In addition to the "5 Elements" thematic showrooms, there is a modern tearoom where visitors can sit down and enjoy the tea ceremony. All of this is part of an effort to introduce a new culture and aesthetics while adhering to the traditional lineage of context, ideas and rituals.

Beijing-based fashion label Ruxi has opened a pop-up shop with a new line of Tea Silk garments under the theme "Coexistence". Tea Silk, a highly refined fabric handmade with natural materials, marks a key strand of Chinese design in days gone by. With their work, the designers of Ruxi hope to forge a link between traditional craftsmanship and contemporary design. The garments are displayed in a traditional Siheyuan house without any major refitting work, the washed-off wall paint and somewhat irregular cement floor serve as the natural backdrop contrasting with the elegance of the fabrics.

Another minimal pop-up shop worthy of note is Lost & Found, which features furniture design. The collection is largely inspired by and modeled on the simplistic, sturdy and highly functional Chinese furniture of the 1950s and 1960s. A Soviet influence can be discerned in the style, kindling a sentimental sense of a bygone era when China was less developed. At Lost & Found, prime materials and craftsmanship engender modest but impeccable products. Since Dashilar encapsulates certain elements of the old Beijing, Lost & Found fits comfortably into the neighborhood.

Aric Chen, the Artistic Director of Beijing Design Week, has curated an exhibition called "Silent Heroes": Objects, as told by Zhou Xun, where artifacts taken from the childhood of actress Zhou Xun are displayed alongside those from the lives of current-day residents Dashilar, and contextualized within imageries and narratives in a factory-cum-exhibition space. In this presentation, which is destined to shed light on the richness of common things, you find yourself wondering whether the level of engagement with the locals diminishes when an artistic context is involved.

This is just some of what is going on in and around Dashilar. And it already alludes to the question some visitors to the Beijing Design Week and the time-worn neighborhood may have, namely the role of design in a city. Indeed, some of the activities carried out in Dashilar focus on the local context, for example, art works created with recycled local materials, and some have, if accidentally, engaged local residents – Wuhao used local help in setting up the space and for Silent Heroes, locals were interviewed. Still, can design help when it comes to the makeover an old neighborhood? These are the same questions asked by Guang'An Holding and Beijing Dashilar Investment Limited, a state-owned developer who received a government commission to redevelop Dashilar.

Under the auspices of the developer, Dashila(b) is being devised as a platform with an open approach to redevelopment, as opposed to the old concept of blanket development. Using key nodes as catalysts for change in the area, Dashila(b) wants to promote certain archetypes, best-practice examples of what can be done by both residents as well as outside investors. The hope being that this soft influence can encourage the community into moving individually yet coherently towards a flexible goal, creating a sustainable community with more depth and diversity. Supervised by Dashila(b), Dashilar Alley as part of Beijing Design Week is the first of a series of interventions through which vacant properties are turned into venues for experimentation and for showcasing proposed solutions to interested groups.

Though the urban transformation may take long, the grim examples of gentrification in countless neighborhoods in China and the world are a cause for alarm. Liang Jingyu, the mastermind behind Dashila(b) and principal architect of Approach Architecture, is upbeat as the resistance from the local community against any major demolition for blanket redevelopment will be too strong. In other words, there will always be a healthy mix of old and new houses, demographies and lifestyles in Dashilar. 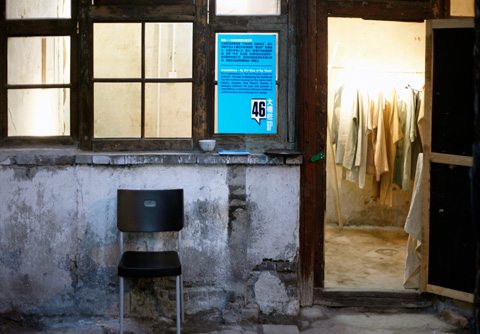 Entrance to the pop-up-shop, photo: Ruxi 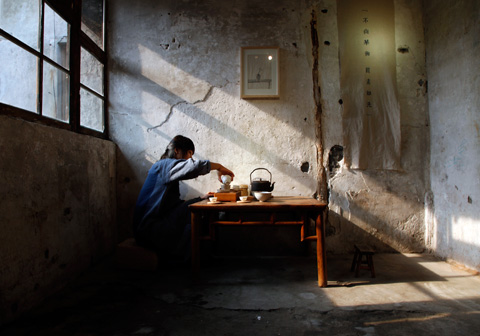 Having a tea, photo: Ruxi 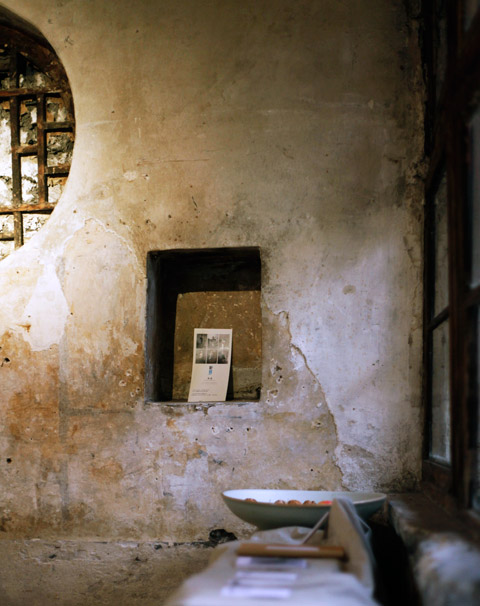 Morbid walls in the showroom of Ruxi, photo: Ruxi 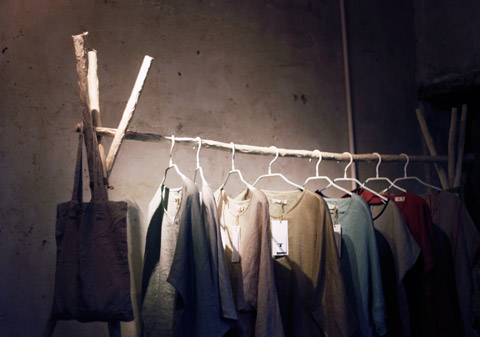 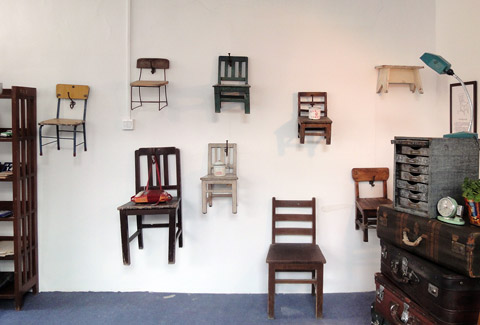 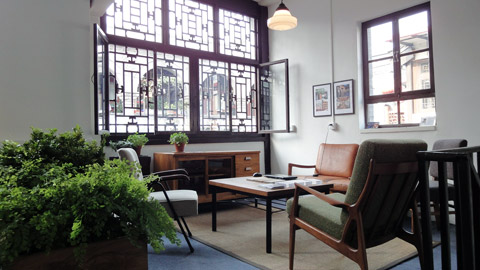 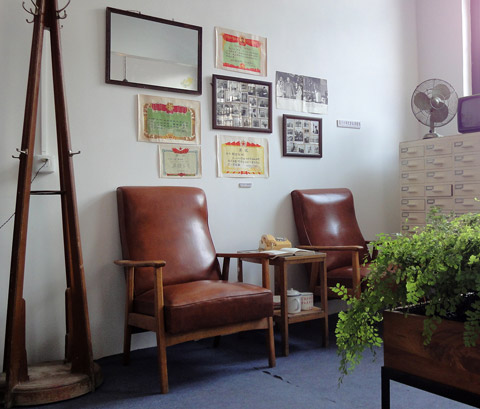 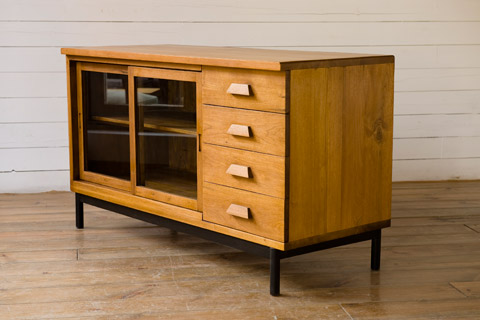 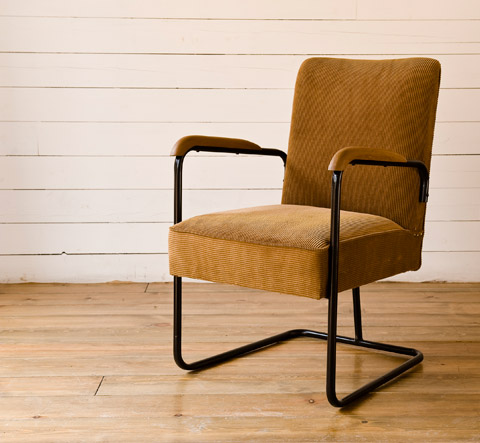 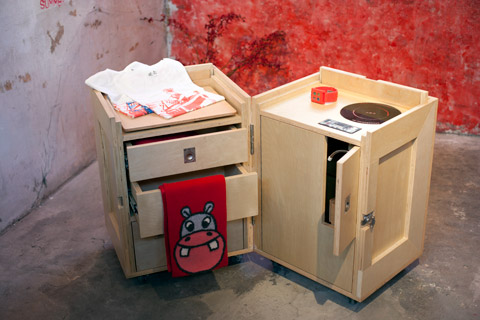 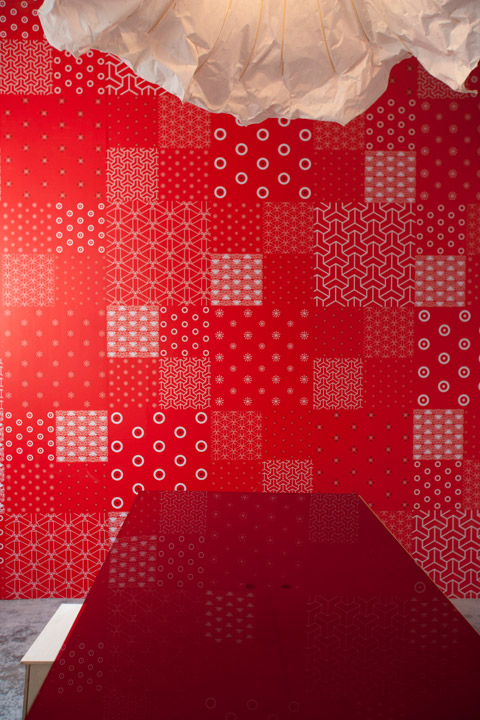 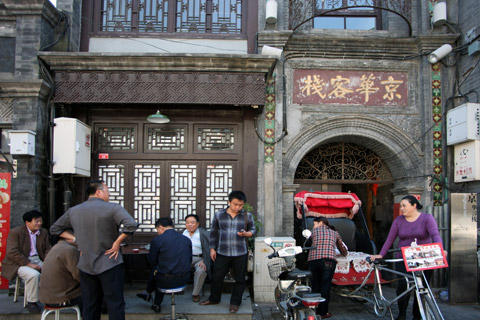 Laid-back gathering in front of a door in Dashilar, photo: Mi You 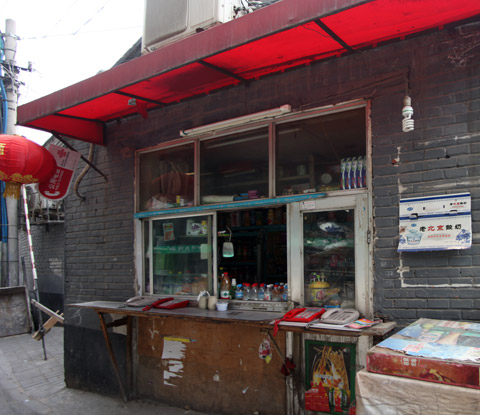 Mini-market with a potpourri implements, photo: Mi You 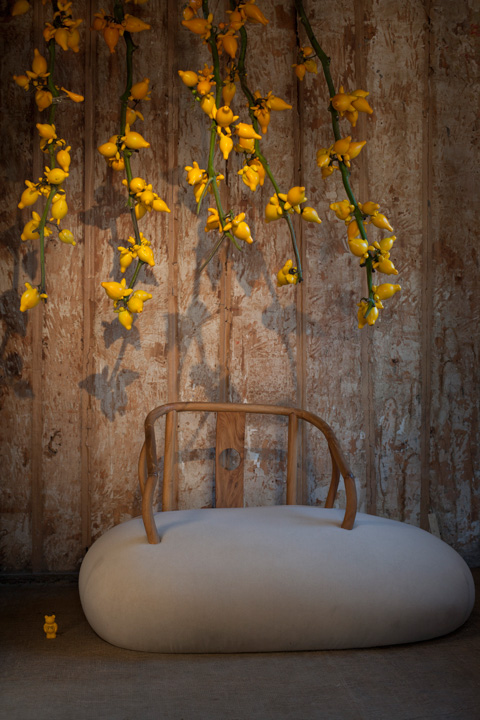 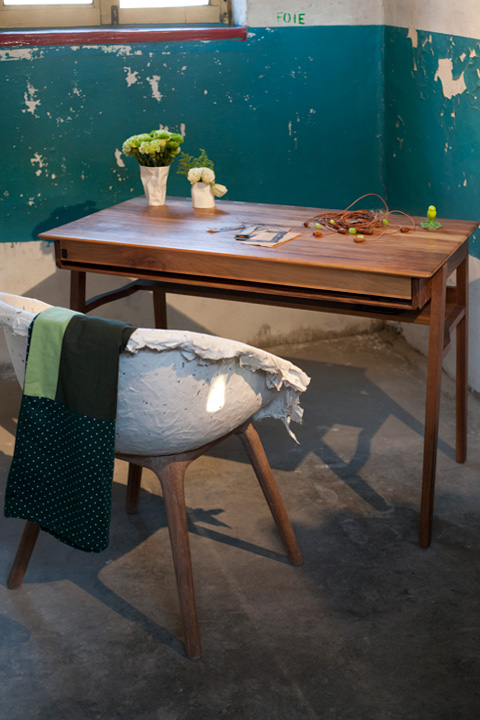 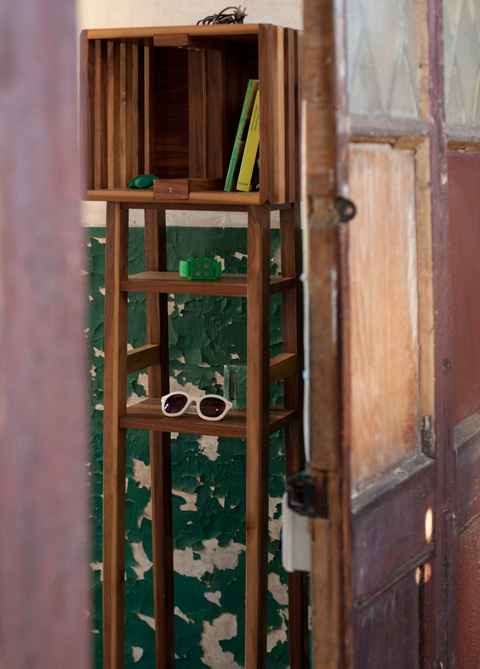 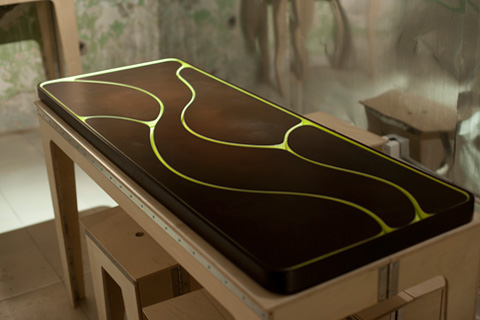 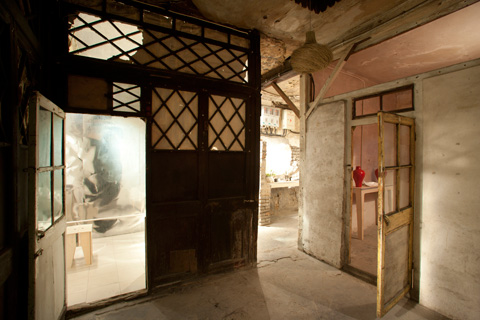 Alley at the Wuhao, the building used to be a tea-house, photo: Wuhao 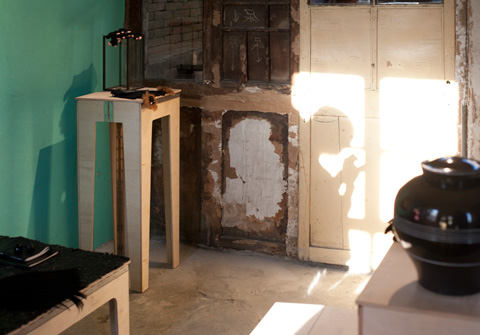 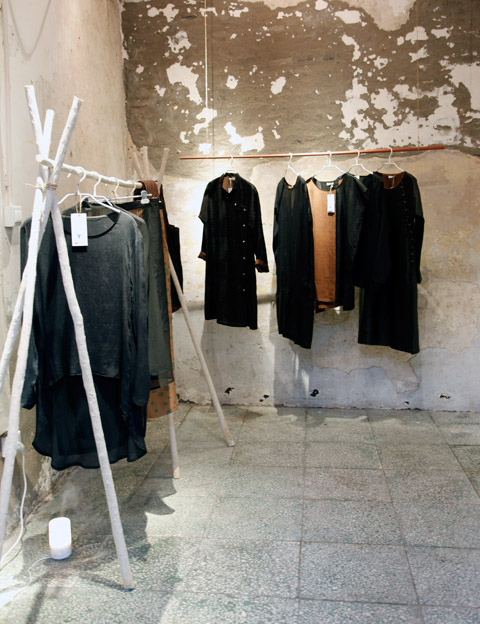 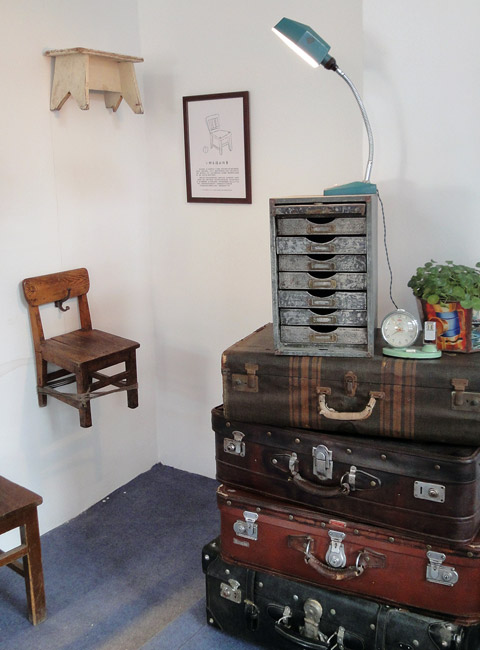 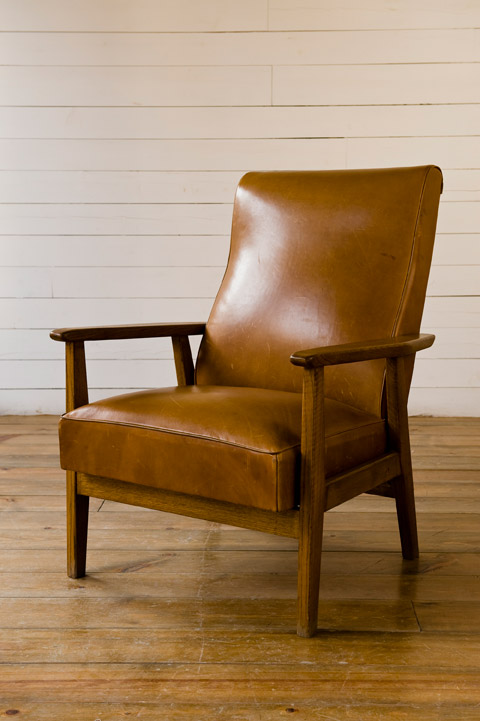 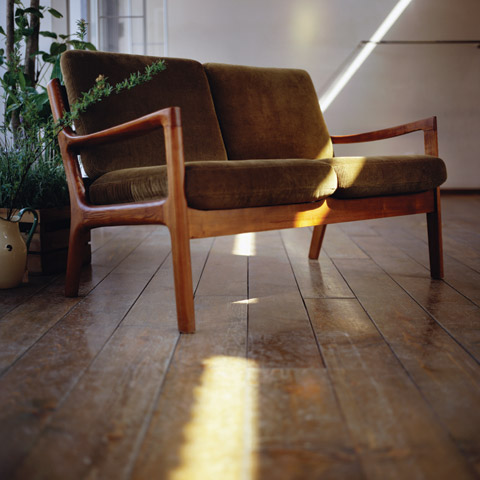 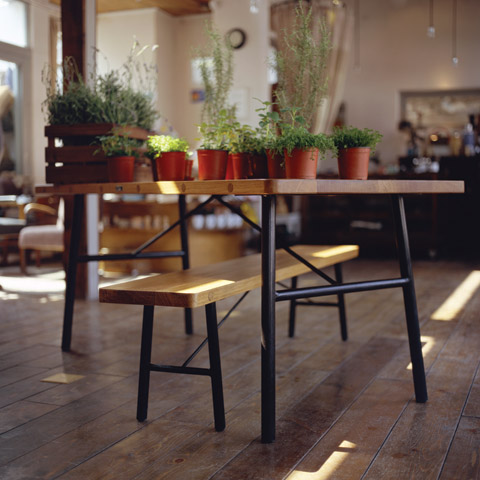 The plants are most likely not second-hand, photo: Lost & Found 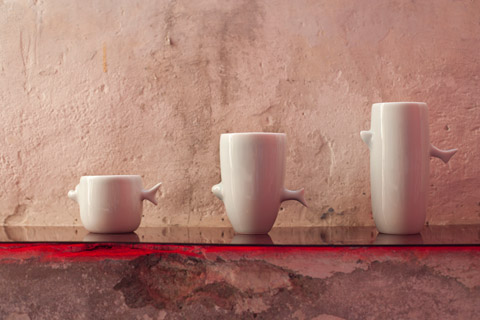 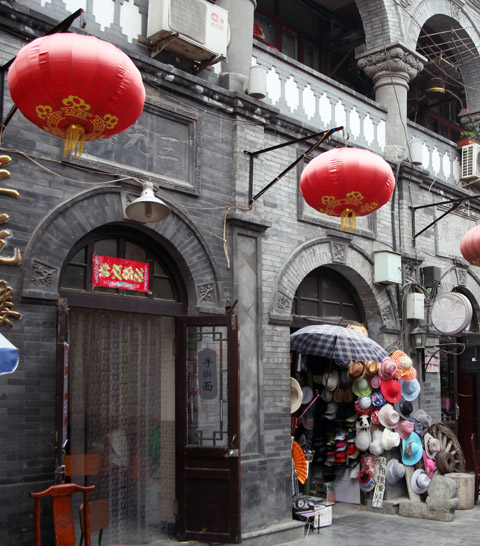 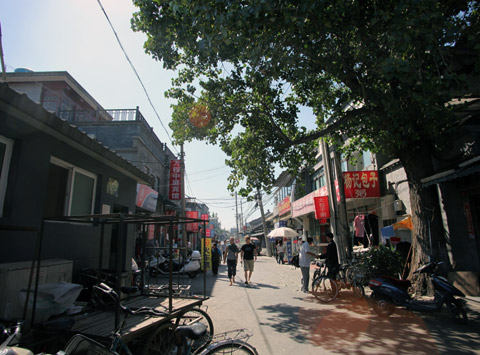 View along a street, photo: Mi You 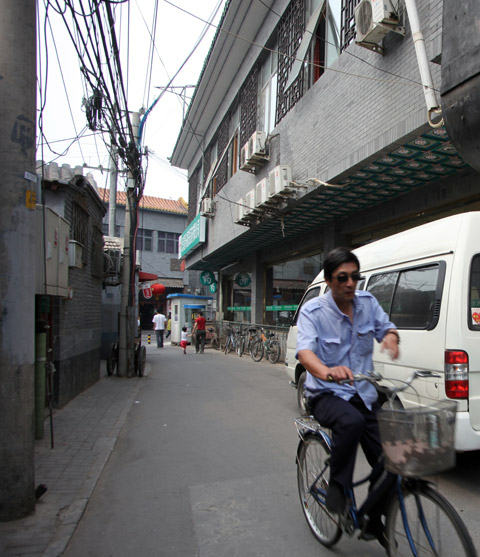 On the way by bike, photo: Mi You
Advertisement