As an indicator of economic, social, and design processes the auto industry is interesting, as it is there that changes in sheet metal and horse power emerge at an early date, as well as in spectacular PR activities. Spring for new cars: Geneva's auto salon is the traditional start of the new auto year. Here you can see the new models that will come to market by the fall and the showcars that normally promise a glorious future, even if this all too seldom comes to be.

The end of the specialists

With the beginning of the auto year it becomes swiftly apparent, for example, that the days of the specialist automobiles are over, cars that were either sportscars, or SUVs or limousines. Everyone today wants to be able to do everything. Brands do somersaults in the process. Take the Range Rover "Evoque" for example, which can be seen in a study as a fat, inelegant coupe, or rather a Range Rover without a roof. Next to it stands the "Jaguar XF Sportbrake", a new mass-produced model that will be on the market as of the fall. Jaguar is again going for a shooting brake; this time it seeks to be elegant, sporty and even functional, and at first sight seems more plausible than the "Jaguar X-Type Estate", its under-popular 2004 predecessor. As a reminder: the Land Rover and Jaguar marques today belong to India's Tata corporation.

Not unusual enough? Volkswagen first acquired the Bentley marque rights and then in 2001 enabled the long-standing brand to return briefly to racetracks in 2001: In the renowned 24-hour race at Le Mans the "EXP 8 Speed" conjured up images of the British marque's racing tradition. Unlike the pioneering days of the automobile, today there are worlds between racing cars and mass-produced vehicles. Which is why the race has dwindled in importance for buyers of luxury limos. Today, it seems more important to respond swiftly or at least in time to new market trends. For the first time Bentley proudly presented a showcar of its own, the "EXP 9 F": the study boasts a six-liter W12 twin turbo-engine delivering 610 bhp. Precisely a high-performance SUV such as this still seems to be missing in the product portfolio.

Be it the crisis or the scarcity of fuel: The global trend in favor of compact vans that purport to be cars continues unabated. They all lack both elegance and effectiveness, although the trade in SUVs (when you press the gas you definitely set more mass in motion than you require for movement or transport in real life) is still brilliant. So why not go one further, precisely in the high-end SUV segment, to date considered somewhat underdeveloped?

What the team lead by Belgian design head Dirk van Braekel came up with is huge (5 meters long, weighing in at about 2.3 tons, , 23" wheels), has superlative fittings (through to silver picnic cutlery) and is clearly meant to be taken seriously. "A combination of extremes," is how Crispin Marshfield, the exterior designer, comments on the design that now extends traditional Bentley values such as sportiness and luxury to include utility. There's already speculation that it will soon come to market. As of 3,500 units sold p.a. and the project would be worthwhile. Whether then the dashboard covers, trunk liner and durable sides of the silk mats made of saddle leather will still be part of it?

Group parent company Volkswagen is likewise moving into new spheres. Volkswagen plans that in the future its claim to lead the market will also be evident in the field of ecology. While new auto generations hitherto were always defined by outer size, by comfort or fuel consumption, VW intends its nine marques to steer a different course. In future every new model generation will, so the plan, be 10-15 percent more efficient than its predecessor. Two thirds of overall investments or EUR 41.6 billion will be committed in coming years directly or indirectly to more fuel-thrifty cars. And production processes are set to be 25 percent more ecofriendly by 2018. The key driver here: VW's new construction principle, which be applied to all 40n new model series that come to market over the next two years. The VW managers call it "modular transverse matrix" or MQB for short and believe it will not only make production more flexible, significantly lower car weights, but thus also fuel consumption.

Design is also expected to enjoy a greater scope. Only the engine's position and the distance between gas pedal and the middle of the front wheels is standardized. Wheelbase, width, and size of the wheels, and the resulting front or rear projections can (unlike in prior platform strategies) vary by model series or marque. VW presented an example with a study: the "Cross Coupé" is 4.35 meters long and weighs over 1.8 tons. Yet, two electric drives combined with a diesel engine and a 6-gear transmission as well as Lithium-ion battery packs for interim energy storage spell consumption of only 1.8 liters per 100 kilometers. Even if this gets achieved in daily use, the figures still says nothing about the actual cost of a mass-produced car with three motors and a battery pack. Buyers will probably find it too expensive.

The first mass-produced car built using the MQB principle seems a bit unspectacular: the new "Audi A3". Motor magazines criticized it for its harmonious, down-to-earth shape, because it does not go for superficial emotional effects, for newness that is already outdated tomorrow, and instead emphasizes the family affinities of the current Audis. A condemnation that seems obvious if one has to feed one's readers with images of new products week in week out. The argumentation has little to do with sustainability and the benefit of design for the client, however. The new "A3" is, for example, up to 80 kilos lighter than its predecessor. With it, drive assistance systems now enter the compact class, in fact prove to be a playful driving coach: The onboard computer in the "A3" can, if requested, provide info on how to drive and use less fuel, including notes on when to shift early into a fuel-saving gear. After all, in the final instance it's the driver who decides whether a car moves in a comparatively thrifty way, or guzzles gas.

Let's remember how Mercedes-Benz invented the "A class" with its "Vision A", first presented in 1993 through to the market launch, the "elk test" conducted by Swedish journalist Robert Collin, which significantly boosted safety standards in the compact class. Let's recall how the car's sandwich floor functions not only as a safety feature, or as an opportunity to remove the seats other than the driver's seat (possible with the original "A class" of 1997), and also how the car also presages future drive types (be it electric or fuel cells). Those who do rub their eyes: Why is Mercedes-Benz now discontinuing the "A Class", now sold 2.1 million times, and replacing it with a dubious 'sneaker' design with purported youth appeal under the same name. The press release from the HQ declares "A as in Attack": No doubt this new car is also a golden goose. It's "cool and green, emotional in design, dynamic in appearance, delivers as much as 155 kW in power and highly efficient with emission levels at 99g CO2/km." In actual fact, the model is the response to the tried-and-true "BMW 1 series", meaning no more and no less than a me-too that wishes to woo buyers away from the rival. Evidently, carmakers and their design departments at present see no sense in pulling new clients with new concepts, as for example with the Baby-Benz, the "190 Mercedes", which first hit the roads in 1982. If the car's been cared for well, the design still looks as fresh today as when it first rolled off the belt. Can't the car designers think of anything really new in the sense of anything better?

It is incredibly difficult, a BMW engineer on the Mercedes booth confessed, to actually make money with an auto in the compact segment. Nevertheless it is precisely this segment that plays an increasing role in today's overcrowded cities the world over. Fundamentally different autos, innovations that don't just pretend to be that, seem rare in car year 2012. But then the year is still young. 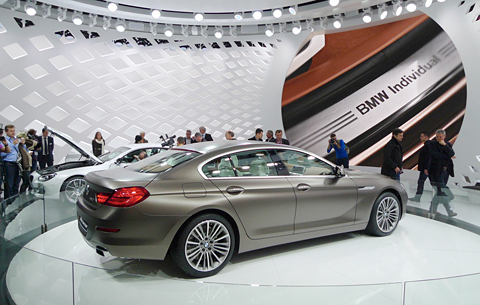 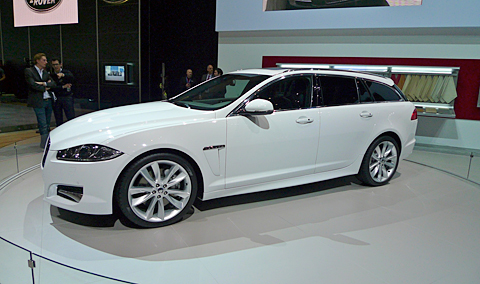 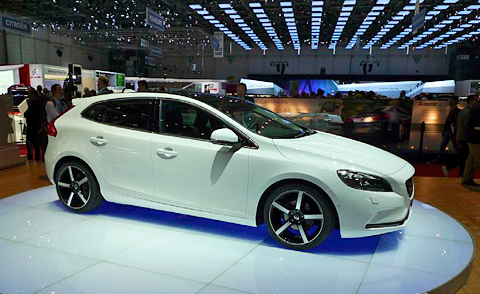 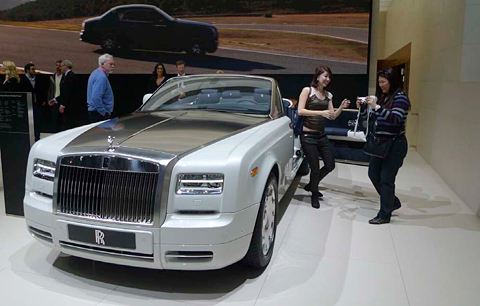 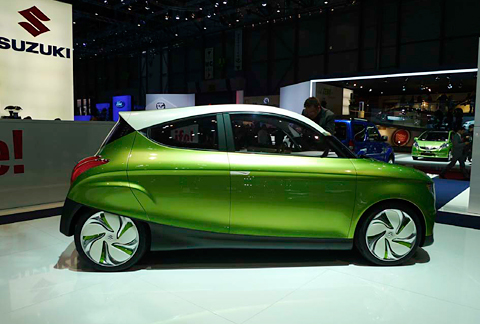 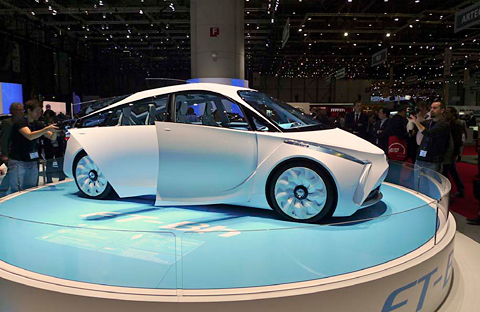 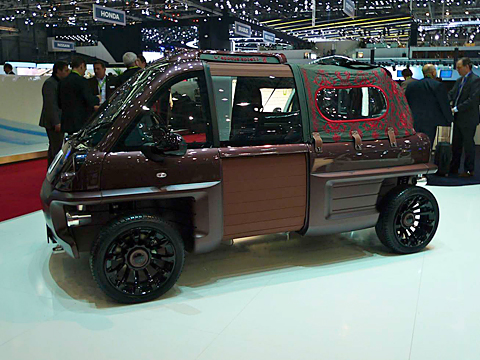 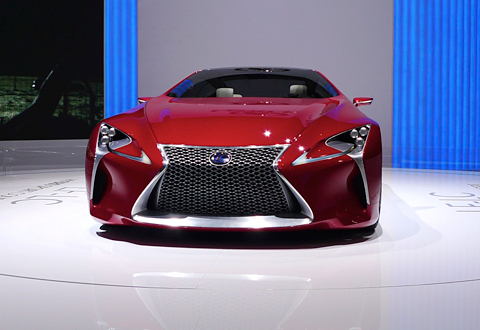 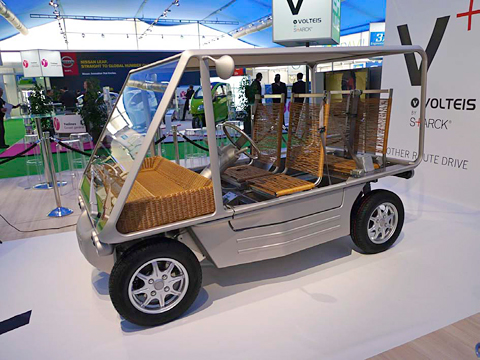 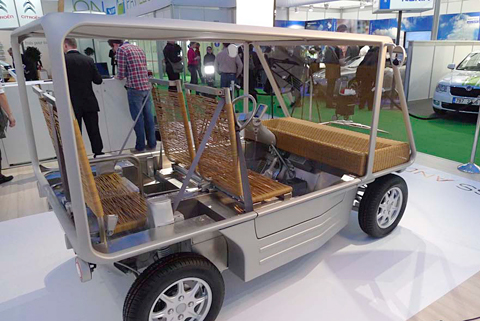 From far away V+ by Philippe Starck reminds of basis-vehicles like the Citroën Méhari or the Mini Moke, photo © Thomas Edelmann 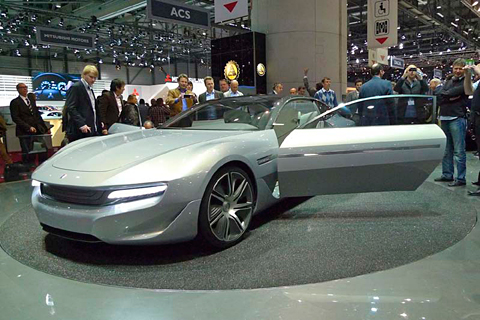 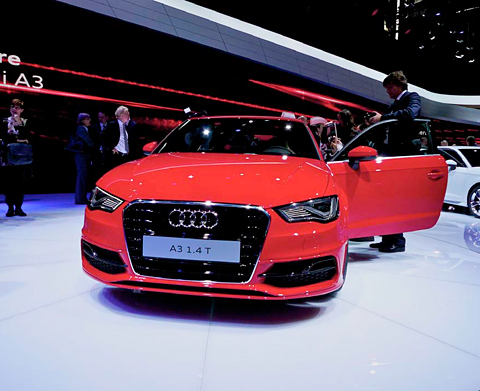 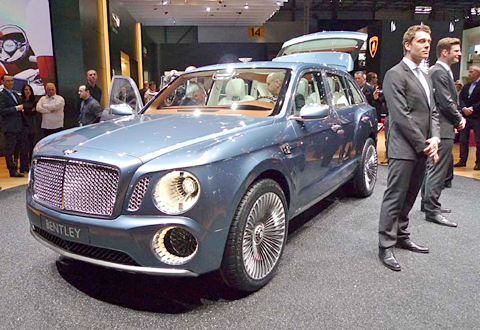 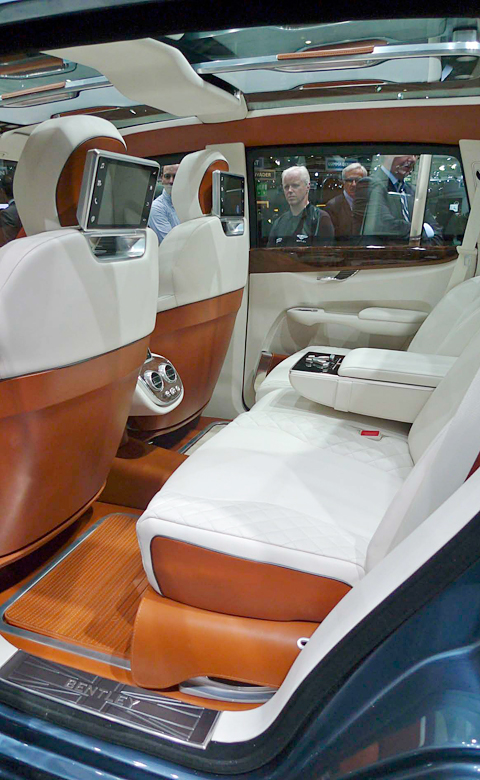 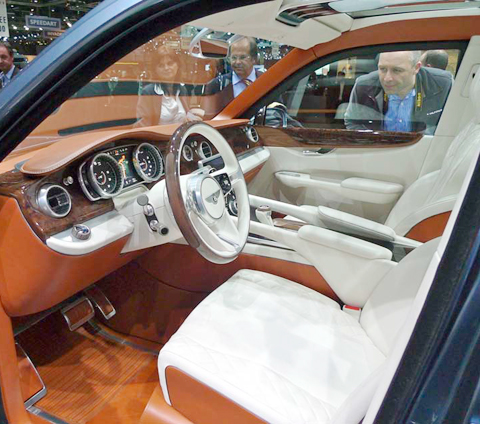 Go for a picnic with the Bentley EXP 9F, photo © Thomas Edelmann 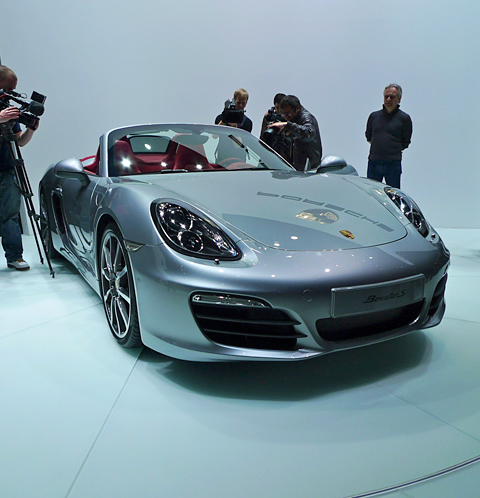 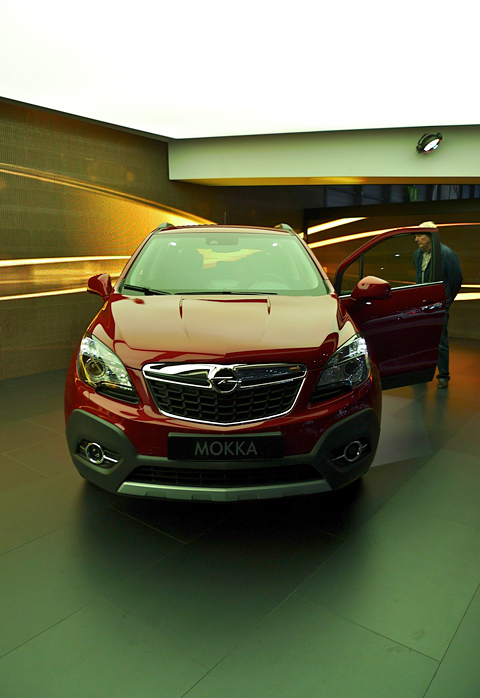 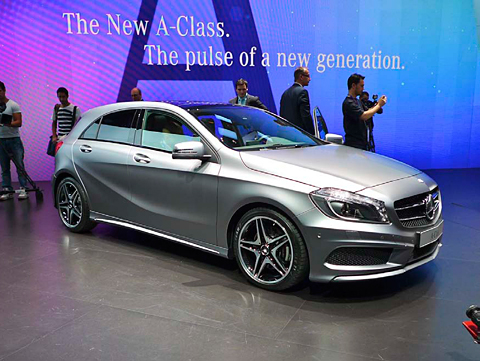 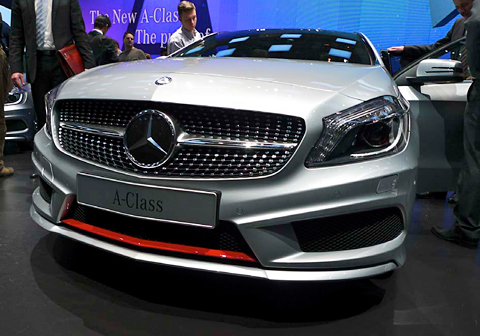 A like attack? Mercedes A Class from the front, photo © Thomas Edelmann 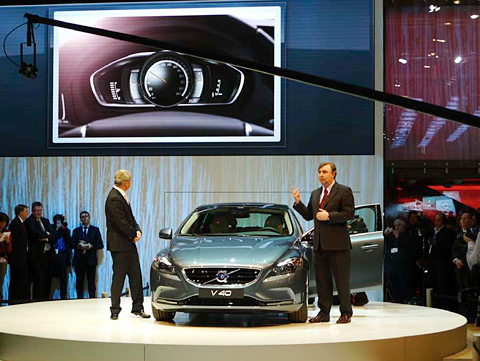 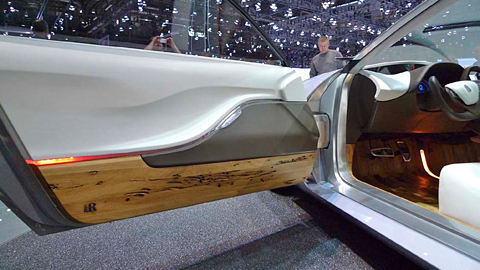