The crash is the mother of safety. At least that is what the automobile industry maintains and instantly proves its theory by driving any number of cars against a wall. Without doubt, the number and kind of injuries in accidents prove them right. However, art replies that the crash is more. It is only in a crash that the commodity fully finds itself and becomes a thing. But one thing after the other.

When a few months ago the Swedish car manufacturer Volvo presented its latest SUV, the XC 60, which is in the same league as the Audi Q5, BMW X3 and Mercedes GLK, an advert was launched specially conceived by the American advertising agency Arnold Worldwide promoting one of its new safety systems. In it, different colored Volvos drive into a wall to the boisterous final chords, reminiscent of victory fireworks, of Tchaikovsky's "1812 Overture", which was first performed in 1882 and a commissioned work meant to portray Russia's victory in the Napoleonic Wars in 1812. In time with the music, the cars crumple at the front, are hit side-on or rise with the grace of ballet dancers. The airbags inflate and the dummies are thrown about; metal warps in slow-motion and suddenly seems as elegant as the folds of an Yves Saint Laurent dress. It is a true joy to watch. Until, at the end, we look into the surprised faces of drivers, whose vehicle, fitted with "City Safety", gently brakes as though of its own accord, and the words appear: "The Volvo that can stop itself. Finally." We get the message: Safety can be this pleasant. It is af it is is all par for the course.

Today however, not even Volvo, which has always been renowned for its especially robust, safe vehicles, emphasizes only safe and robust its cars are in a crash in its advertising. Features that help prevent accidents are also playing an increasing role, from ESP to lane guidance systems and distance sensors. The example of the Hyundai Genesis demonstrates that squeezing both into one ad is not enough. As good as the car's brakes and as reliable as its safety systems may be, the barren nighttime scenes in which they are presented lacks any kind of charm. For anyone not seriously considering buying a Hyundai the aesthetic, artistic quality of commercials like these is important for the brand image.

The automobiles Ricarda Roggan photographs obviously had none of these systems on board. They have already been involved in their crash. They have had a bang on the nose somewhere and now simply stand around at a loss. "Creatures of the 20th Century" is the name the artist, who lives in Dresden, has given her exhibition at Galerie Eigen+Art in Leipzig in which, alongside the 2007-08 series "Baum, which presents views of fresh, endless greenery, she showcases the 2008 "Garage" series, which only features of images of damaged cars. The photos reveal nothing life threatening, nothing sensational; and yet they unfold a magic all of their own.

Ricarda Roggan is not interested in forming artistically challenging sculptures that look like paintings from the metal of progress, as does Richard Chamberlain, nor does she photograph compact monochrome blocks from the scrap press, as César once did. She is not even interested in the energy released when the perfectly shaped bodywork deforms. Rather, what she captures are shiny, clean fetishes that have however become unusable, always against a dark background and on neutral ground. These creatures, which seem strangely lost and certainly not glamorous, openly show their injuries in bright light, while their undamaged part remains hidden in darkness. Some are almost completely obscured with covers, as though they are ashamed, while others just lay there motionless, as though someone has thrown a shroud over them out of respect. And where light once reflected off perfectly shaped bodywork, it now plunges into the relief of a rupture, which can only happen once. "Only when the magic of the commodities' character has fully peeled away from the things like an old skin, and they themselves have become refuse, do they acquire something that they never had as commodities and that as their promesse de bonheur made them a brand: individuality. Liberated from the spell of reification, it is only now that they become real things", writes Falk Haberkorn in the catalog.

A collision of fiction and reality, in which different energies are consumed, is to thank for the transition from commodity to thing. However, the independent lives that the commodities lead after this collision, although they were not intended for it, is an entirely different one from that the engineers of the commodities implant to prevent their becoming something individual. What we should avoid in reality, is actually what we desire in aesthetic terms. 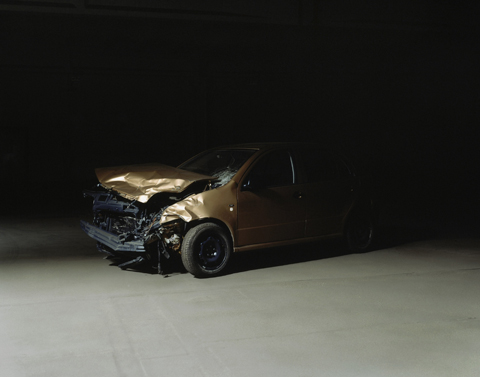 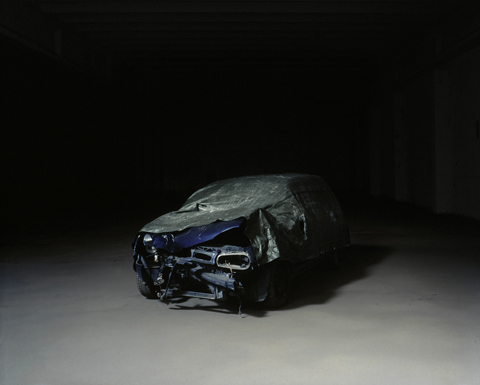 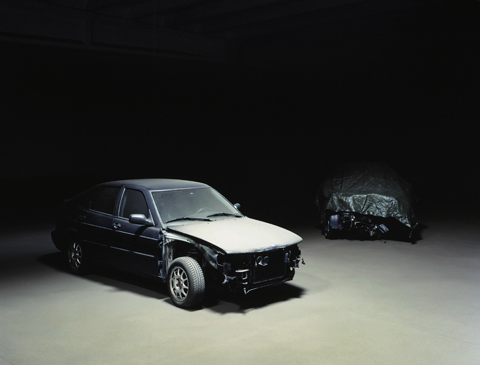 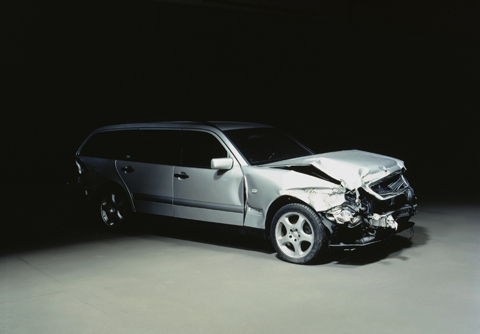 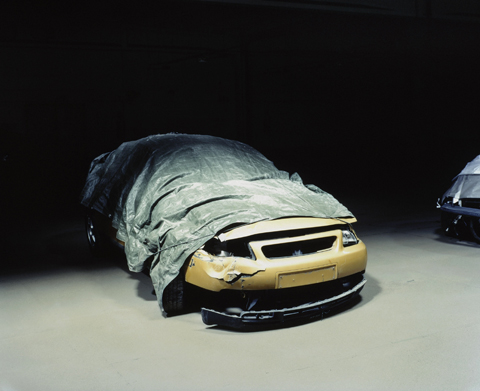 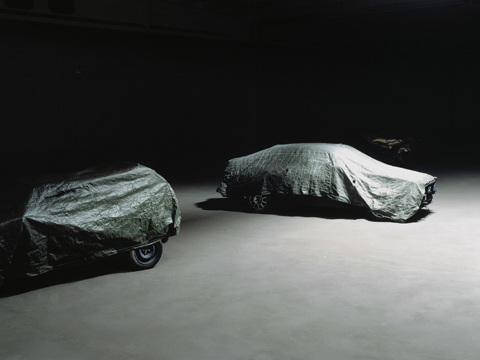 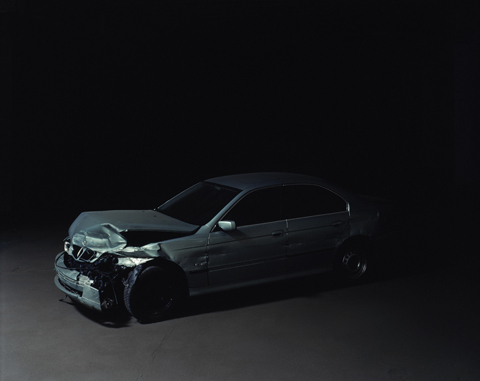 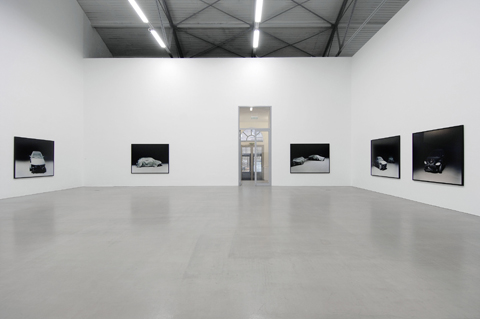 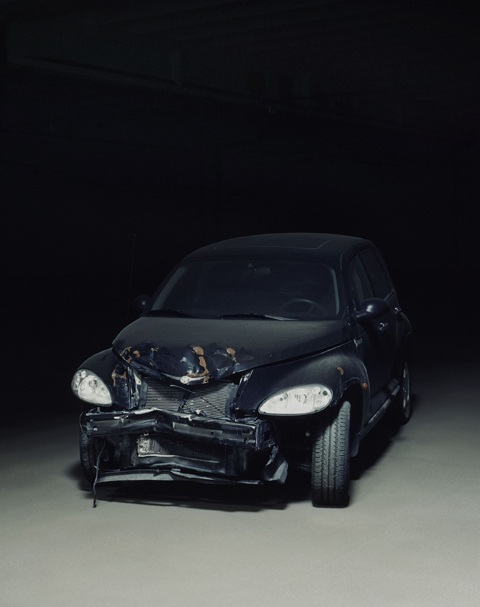 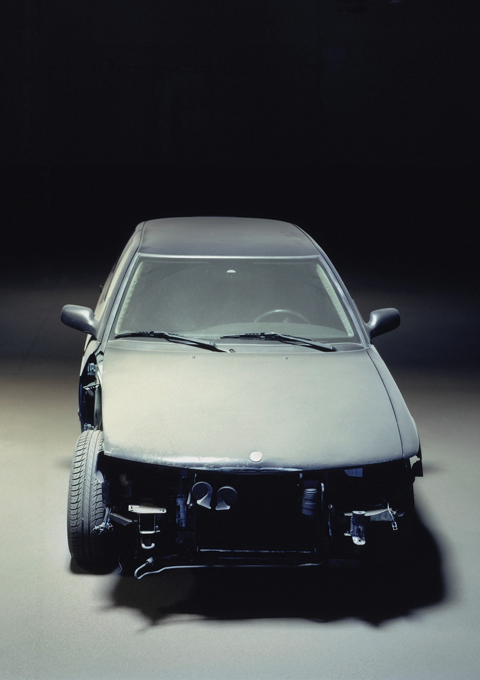 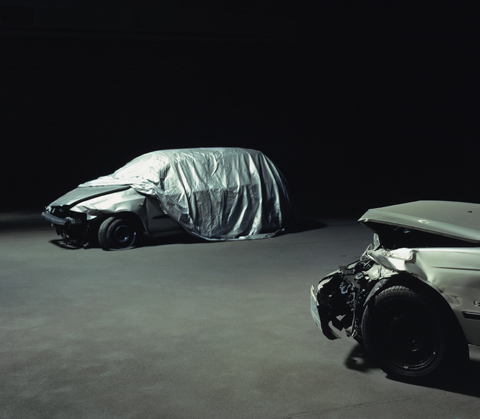 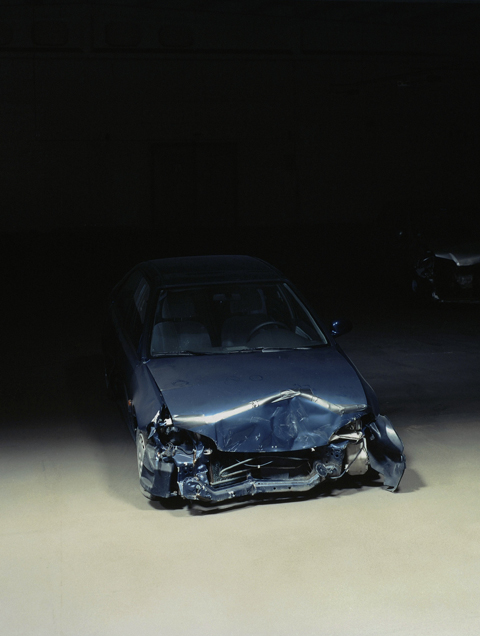 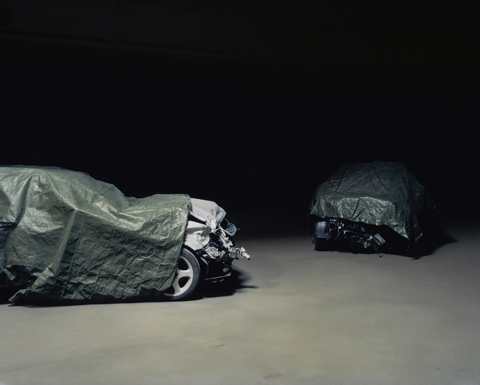 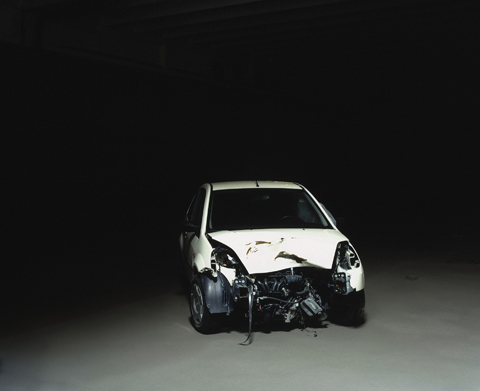 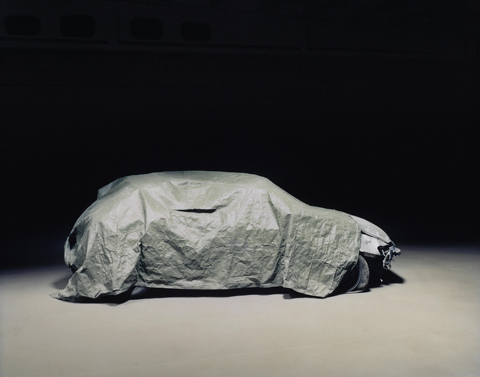