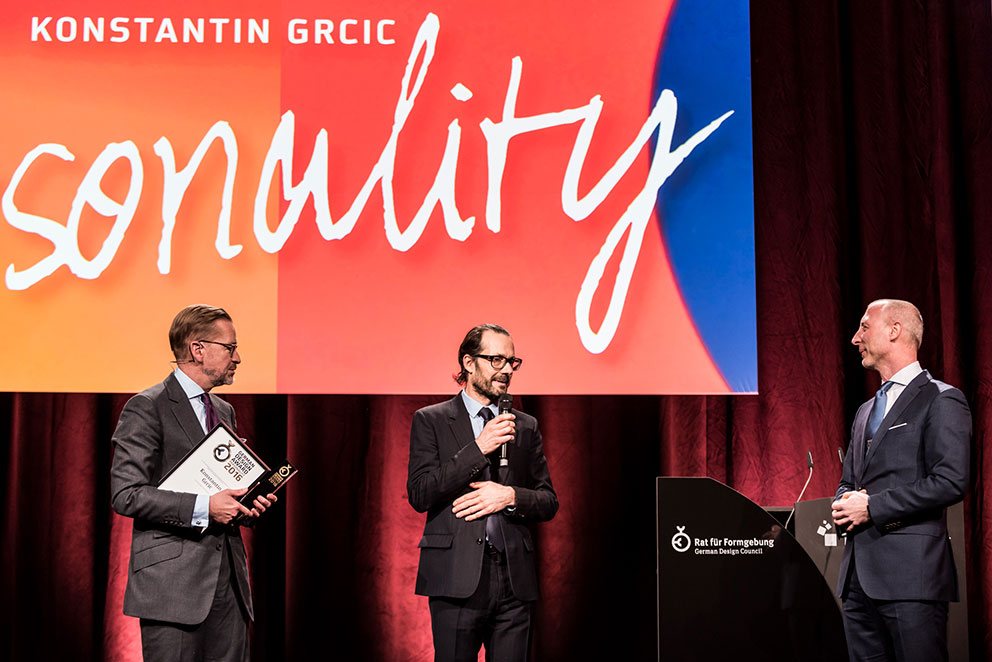 Lots of designers are famous for an inspiration. For a great idea. For something spectacular in appearance. A flash that bathes certain parts of department store shelves in bright light. Accompanied by a crash of thunder that affects us deep down if we realize that it touched a place that precisely now has something to do with us and our present. Many a designer succeeds in pulling off this coup, in actually reaching a star. But next season the star is already on the wane, its brilliance faded, the product just as much a one-hit wonder as its designer. And I’m not being judgmental here, just describing things purely as they are.

Lots of designers are famous for their inspirations. For the fact they just keep on coming up with something funny, flashy, whacky. They know how to regularly catch the attention of even the broad-impact, wide-reach media. They serve up various glossy images and trivial stories. They sing the amusing song of entertainers. And we enjoy being entertained by them, because you have to give it to them: They are experts when it comes to playing the right tunes in the canon of our attention economics. They have, of course, changed subject. In every sector there is a stage for creative clowns, too. This is why, when push comes to shove, we forgive them for being charlatans. And I’m not being judgmental here, just describing things purely as they are.

Lots of designers are famous for having once come up with something that they then just keep on repeating. That is also an achievement. They have understood the industrial paradigm, that commandment of labor economics: Thou shalt scale and reproduce a product thou once designed – in each and every dimension in order to accumulate the greatest possible earnings. Such designers barricade themselves behind an interface that is misunderstood as a style, as an artistic signature. They have nothing more to tell us, so they keep on repeating the same old story.

Not that I have anything against an old story, the old aspect is not the problem, rather the droning-out aspect, the scratch in the record that means the thing no longer runs smoothly. Designers such as these ignore the fact that they are off-kilter. What they express is no answer to a relevant question, provides no help with solving an actual problem, but rather just empty phrases. Like Pharisees they are now adamant only about the wording, they persevere with ritual and gesture. They imitate design. They aim to infiltrate our domains, and are blind to the fact that in the space in-between significance is alive and very much kicking. “Life is what happens while you’re busy making other plans,” we want to tell them, quoting John Lennon, but it would fall on deaf ears.

Nothing occurs to me as far as lots of designers are concerned, but that is of no concern to us here today. And then there are designers for whom inspiration is an incorrect, inappropriate category, because the very mention of inspiration always has something of that Western myth of creative inspiration about it: The so-called Eureka moment, that ostensibly only a genius ever experiences, because his muse gives it him as a divine gift.

While we are on the subject of ancient and Biblical figures, Samson, Mars, Diana, we should mention Hephaistos, because in the resources available to him as raw material, he was the only one to see not the superficial gold, not the wood, and not the leather. Rather, he beheld in them something new, which with a hammer and the sweat of his brow he had to bring out into the open with brute force, just as a sculptor just has to liberate his sculpture from rough stone, that’s all there is to it. As you can see, we are slowly nearing the highpoint of this speech in honor of a personality, Paramount Peak, as it were. Before I deviated from the straight path that leads there, I wanted to point out that there were, and indeed still are designers who have freed themselves from the modern myth of inspiration, as Roland Barthes once called it. Who do not look first at the piece of stone someone has thrown them, but at the quarry. Who do not polish the gold of the Medici, but who want to get a grip on the frame.

These are the designers who first of all ask questions, and repeatedly so. They ask absolutely the right questions with regard to the things that are to be designed. We recognize the quality of the questions in the fact that they always revolve around people and how they handle the things, the applications, with which in our present day we are permanently darting to and fro, as if in zigzag.

The German word for application “Anwendung” also contains the word “Wendung” or change, thus marvelously illustrating the phenomenon that there is indeed a change inherent in the use of the things. This change occurs at that very moment when the thing changes hands (marvelous as well: the thing itself is active, not the owner) – for example from the manufacturer to the retailer, from the shop-owner to the buyer, from the buyer to the friend he gives it to, and so on. Henceforth, use of the thing is solely at the discretion of a power quite foreign to it. What the designer may well once have intended with the thing is from now on irrelevant. The application is not in his power. For the designers I am speaking of at the moment this is no reason to despair, no reason to send out a Mayday call. It is quite simply the reality. In it of this they in fact merely see a good cause to take a closer look and continually ask questions.

These can be questions about the legend surrounding sitting on cantilever, projecting chairs, about how you or I might casually put down a glass, about working step by step on wall shelving, questions about the temporary storage of everyday chaos, or about finally throwing something away (it has got to happen at some point). Unlike the work of the other designers, the results they come up with are not, however, conclusive answers. They do not claim to say everything, i.e., that their authors have the last word. Along the lines of: the ultimate luminaire, the ideal house, the definitive chair.

The designers I am talking about develop solutions in the sense of a friendly hint or a statement put up for discussion: This here could be chair no. 1, and in turn others could take it up from there, were they to take the continuing interaction of idea and counter-idea seriously, and not just be geared to talking loudly at cross-purposes like egomaniacs who insist theirs is the Big Idea. In order to contribute to this continual discourse, one first has to listen closely. These designers study the things that are already available, in their contexts. From this they then proceed to determine points of reference from which they can carefully advance the things. We should not be confused by the fact that to date they have been reproached for this procedure, as it is misunderstood as quoting or even plagiarizing. Misinterpretations such as these are due to the simple misconception that a designer can only be of any standing if he creates a new world or lands a new coup every week. This is certainly not what it is all about. The focus of these designers’ current thinking and actions is on what at the present time has to be tackled in our society: Reuse, reduce, recycle.

Their particular achievement is that in order to so they do not succumb to some knee-jerk response and resort to the tried-and-tested. Instead they develop a unique aesthetic solution for every challenge. If it is to be OK it verily cannot be about the next ism, the next style. With their panoramic approach they open up before us an insight into and a 360-degree all-round view of the way they see things. It is certainly not a supple, malleable, pleasing and pliable world of things. The universe they spread out before us is in the balance. All they are concerned with is what we do with it. These designers do exist. Draw up a list of living designers among them. Right at the top, in first place, is Konstantin Grcic. 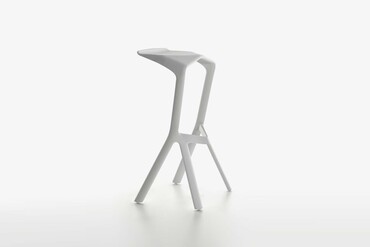 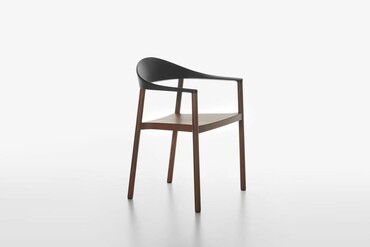 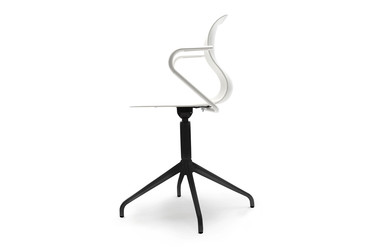 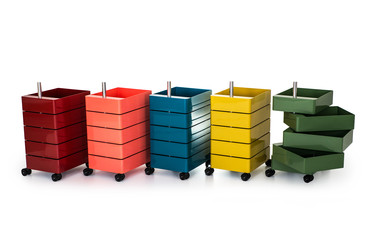 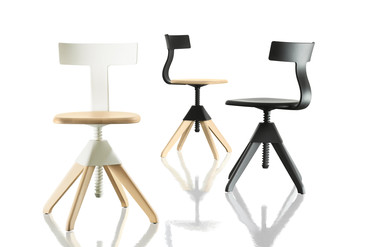 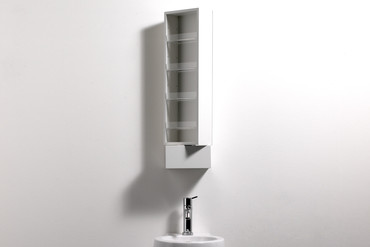 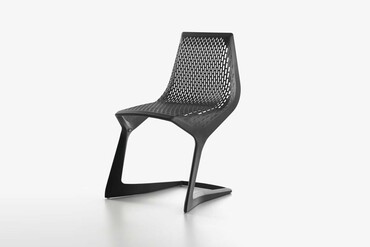 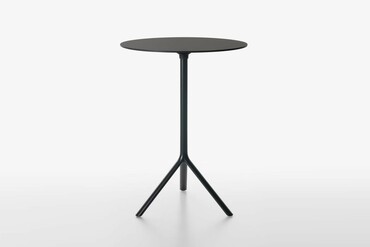 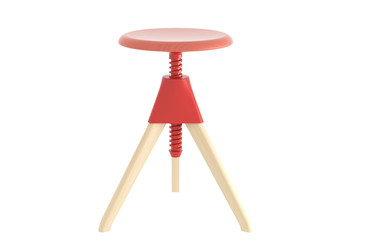 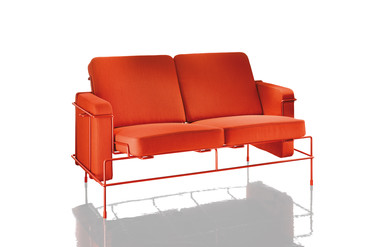 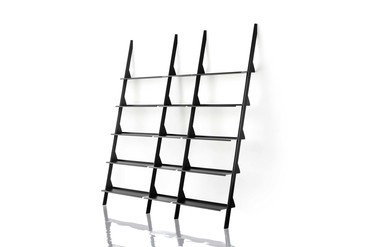 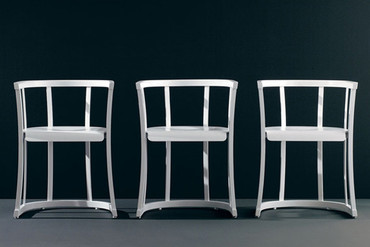 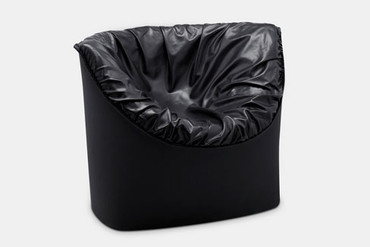 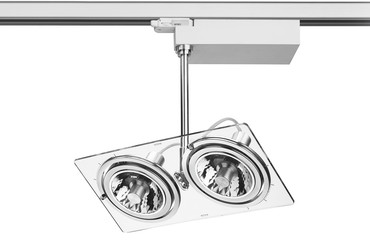 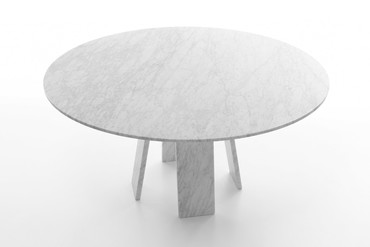 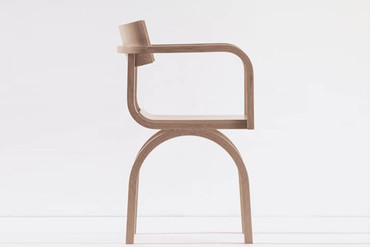 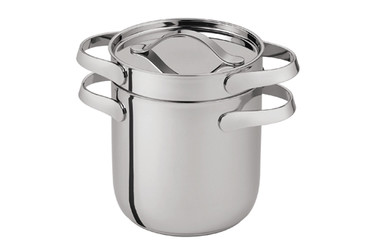 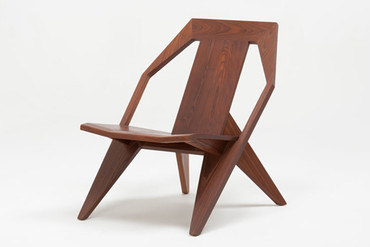 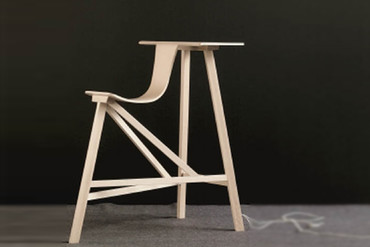 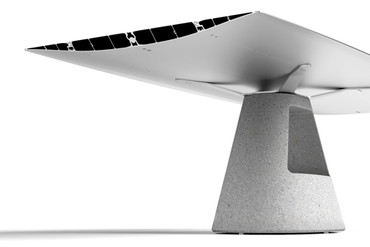 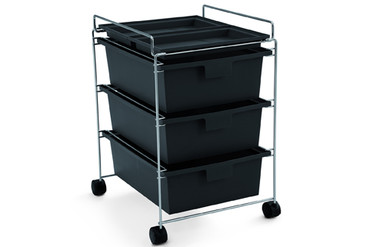 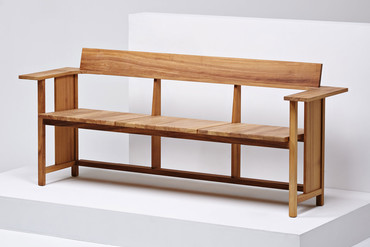