It began with a small upholstery business in Bologna. Dino Gavina (1922 to 2007) inherited the business from his father. In 1955, on the advice of Pier Giacomo Castiglioni, he put his first piece, a simple trestle table from the carpenter's workshop, into series production. Later, countless companies latched onto the idea and reproduced the table. Practically all of Gavina's furniture has either been reproduced or copied in detail. He once remarked: "I have never patented anything". When I come across one of the plagiarists, I just look him straight in the eye and say ‘you know me well don't you?'"

Gavina quickly won over the elite of Italian design, including the Castiglioni brothers, Vico Magistretti, Mario Bellini, Marco Zanuso and Luigi Caccia Dominioni. "The ones that are missing are only missing because I rejected their designs", he said. He became friends with the architect and furniture designer Carlo Scarpa (1906 to 1978). They had a common aim - to surround themselves with fewer things but of higher quality.

Wassily had a stimulating effect
Italy was only confronted with the changes associated with industrialisation at a late stage. Solutions for series furniture production were available in the archives but they just hadn't been discovered yet. Fascinated by Marcel Breuer's designs from the Bauhaus era, in 1962 Dino Gavina took a chair into production, which with its collapsible frame of chrome-plated stainless steel, seemed to him to be a manifestation of rationalism. He named the bouncy chair the "Wassily", the reason being that Breuer gave the only prototype to Wassily Kandinsky as a gift. Today, the "Wassily" is a cult object and serves worldwide as a focus of aesthetic contemplation.

Marcel Breuer related his recollections of his first meeting with Dino Gavina, the ‘most impulsive, emotional furniture manufacturer in the world' as follows: "One day, in the early sixties, a small, thin, lively Italian with a piercing, observant eye visited me in my New York office. He spoke neither German nor English but I understood that he wanted my furniture designs from the 1920s. We agreed immediately." Gavina was the first to manufacture Breuer's chairs, stools and tables. The steel tube "backlegless" chair from the series is more widespread worldwide than any other chair. Gavina's initiative definitely set an important example. Breuer's standardised furniture parts kickstarted Italian design production. Moreover, designers learnt from the "Wassily". But the success the furniture of the Bauhaus master achieved also encouraged the indiscriminate resurgence of other classics. Gavina got hot under the collar on more than one occasion about this ‘pernicious fashion'. In his office in Bologna stood the ‘fauteuil grand comfort' by Le Corbusier, as a deterring example as it were: "welding different metals together in twenty-two places is crazy for a factory-made product", he said. He even found a weakness in the much vaunted ‘Barcelona Chair' by Mies van der Rohe. "The way the legs cross is bungled." He said he has declined an offer to make Le Corbusier's furniture, even though it would have earned him a great deal of money.

Then there was Flos
In 1960 Gavina and his production site moved from Bologna to Foligno in Umbria. Pier Giacomo Castiglioni designed the factory and management offices, the elegance of which, even today, seems totally out of place surrounded by anonymous industrial buildings. The Company President of Gavina was Carlo Scarpa. Artists like Lucio Fontana and Gino Marotta worked out of the factory. Local businesses experienced an upturn thanks to the manufacture of steel tubing, chromium plating and sewing covers for Breuer furniture. In Umbria, many of the older generation still remember Gavina, whose aim was to generate enthusiasm among all its employees for its aesthetic mission.

Two years after the move, he set up the lighting factory Flos, which Pier Giacomo Castiglioni helped to make a success with his fantastic ideas. For example, with his brother Achille, he built his Toio lamps from a car headlamp, a transformer and fishing rod components and designed the quirky Arco arc lamp. Gavina wanted even more lighting and set the Sirrah company on a new course. For this, Kazuhide Takahama from Japan, developed a lighting range featuring metal structures covered in white.

In 1963 Dino Gavina opened his new salesroom in the Via Condotti in Rome. Back then, his business premises in Bologna were furnished by Carlo Scarpa. Today it's a listed building and a destination for students of architecture from around the world. Surprisingly, customers didn't find any furniture there, only Marcel Duchamp and a range of his ready-mades, which no-one had ever seen before. This was Gavina's way of turning his subsidiaries into cultural venues. He was constantly experimenting, thus pre-empting much of what Prada stores in Soho and Tokyo now claim, in terms of range.

A Weak State
In 1968, Gavina was dealt a severe blow. Public money had been invested in his public limited company Gavina and state corporation ISAP pressed for the post of director to be filled by a protégé, who sexually assaulted a minor When Gavina demanded his dismissal, he was subjected to powerful political pressure, which left him no choice, if he didn't want to lose face. He had to sell 100% of the business. He didn't like talking about it but when you managed to get something out of him, the fury he had felt back then, that the Italian state had not prevented the break up of his company, resurfaced. "I threw twenty years of my life away", he said. The buyers were Knoll International and the American group's first decision was to fire Carlo Scarpa. With the takeover, all the glorious designs, Kazuhide Takahama and Tobia Scarpa's sofas, Cini Boeri's tables and the Breuer furniture went to Knoll. "I was very bitter", he said. I thought my career as an entrepreneur was over. I remembered my talent as a cultural organiser and set up the ‘Centro Duchamp' and published books and a magazine."

The same year he also set up a new company, Simon International, partly because the design solutions of the time had become too restrictive for him. He called the new line "Ultrarazionale". The line includes Carlo Scarpa's three-metre-long table "Doge" made from a solid steel sheet and crystal and the mighty white marble table "Delfi". Long before the amusing elk from the north made an appearance, he sold the "Metamobili" range designed by Enzo Mari, which was inexpensive and featured furniture for home assembly. "Back then, no-one realised that this idea had so much potential!"

Man Ray and the eye
A shared passion for play led him to form a relationship with artist Man Ray. In 1970 the pair co-launched a line of surreal "Ultrafurniture", utilitarian objects and works of art at the same time. Man Ray designed a big, swinging eye entitled "Le Temoin" [The Witness] and Meret Oppenheim a round bronze table with bird feet. "It was", Gavina commented, "a fairytale for designers bored with their own perfection."

Furnishing has to develop
Dino Gavina lived in the high rooms of a former monastery block in the old town of Bologna. From the windows, one can see the rosette of San Domenico. His bicycle stood against the wall in the corridor. For him, there were no rules for "beautiful homes". "Furnishing has to develop randomly." In the large living room stood a white cube which he slept in. Over his bed hung a picture of Lucio Fontana, a steep staircase without landings led to the bathroom door high in the wall - a rather way-out ambience for an 85-year-old man. The place was full of self-manufactured pictures, books, objects d'art and furniture. In his final years, three Italian fashion houses courted him, all wanting to launch out their own furniture collections. But nothing came of it. There has probably never been another entrepreneur in the world, who clung as stubbornly to an aesthetic, humanist utopia and hated pure consumerism, as Dino Gavina.

Last of all he founded an "earthly paradise society", which manufactured furniture for city living. Stubborn as ever, he fought against formal neglect. So began his public lectures - to the horror of the organisers mostly including a destructive critique on furniture. And students, who wear jeans had, in his eyes, forfeited the rights to take part in the aesthetics debate. He could really get on your nerves. On his visiting cards were the words "Dino Gavina. Sovversivo" - just subversive, no address, no telephone number. 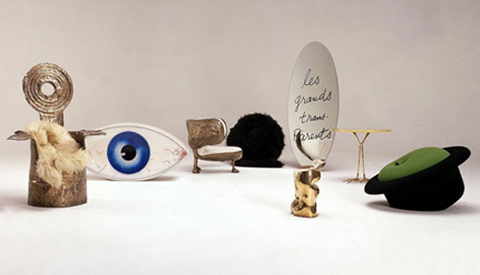 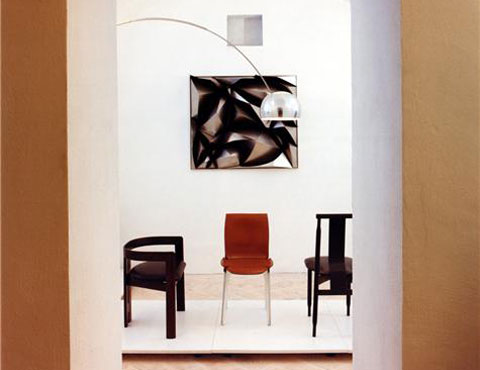 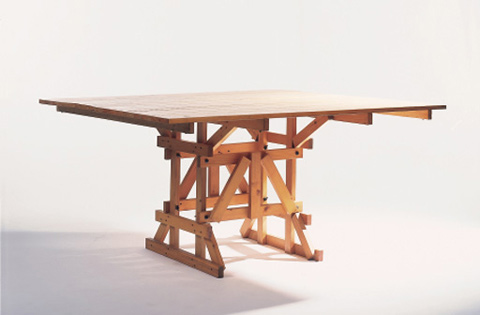 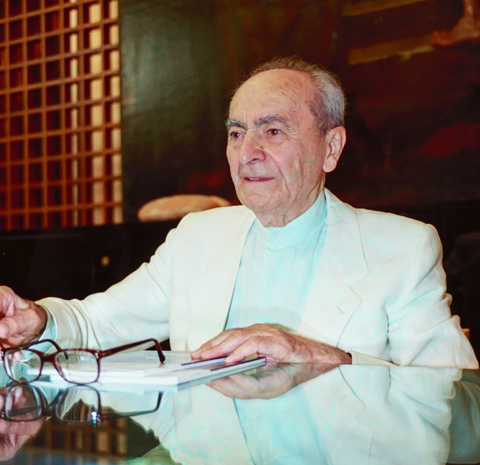 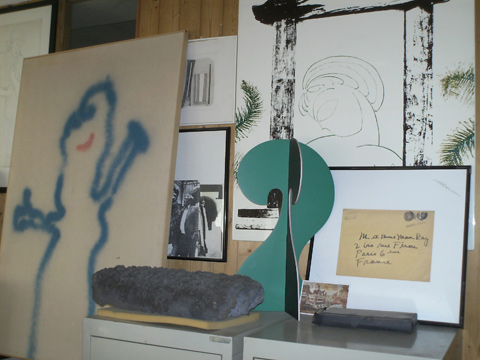 In the office of Dino Gavina 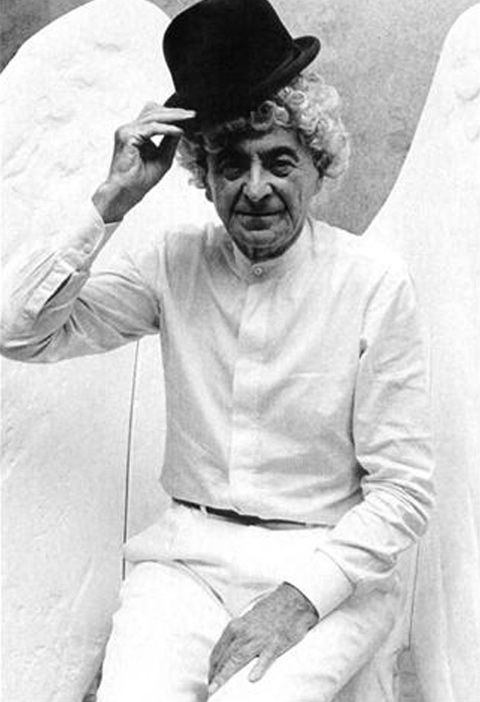