While little in the way of official statistics address the senior recreational vehicle (RV) community in the United States, it is conservatively estimated to number between two and three million retirees. Motivated, according to the Canadian anthropologists Counts and Counts, by the three-part maxim of "freedom, independence and adventure," the lifestyle is associated with the rejection of sedentary jobs and homes for a year-round nomadic life ‘on the road.'

In these terms, the senior RVer functions as perhaps the most emblematic subject of the Third Age - the generation of Young-Old freed from the responsibilities of childhood (education) and adulthood (work and child-rearing), and from the physical and mental limitations of the later phase of old-old-age. As a historically unprecedented group that appeared in the second half of the twentieth century, the Third Age operates as a demographic Petri-dish supporting the formation of alternate models of subjectivity, collectivity, architecture and urbanism - of which the RV community is perhaps one of the most remarkable.

As an urban phenomenon, the senior RV community operates at the intersection of two large-scale infrastructures: one, the physical network of the US interstate and road system, incorporating formal and informal campsites and overnight camping areas; the other, the internet-based social networks accessible from any remote parked location with the use of an RV mounted satellite dish and a view of the southern sky. Hundreds of online clubs have emerged as the dominant staging area for the larger RV community, ranging in scale from a million members to small sub-cultures of a dozen or so individuals, and ranging from the generic Escapees or Good Sam Clubs to the more specialized RV Swingers Club or Loners on Wheels singles club. In tandem, these infrastructures produce a coherent urban field that is as densely connected socially as it can be sparse spatially.

As an urban field, it is capable of being realized at a variety of spatial densities: from instant-cities of hundreds of thousands of RVers in the Arizona desert, to lone RVs in remote wilderness maintaining internet access, and skyping daily with fellow RVers and family members. In broad terms, these infrastructures support an alternate form of decentralized urbanism constructed out of a collision of the most urban and the most anti-urban of conditions - realizing a kind of ‘technologized arcadia.'

The practices that define the phenomenon of the senior RVing play out at an architectural scale through a form of ‘compensatory domesticity.' The adoption of such a lifestyle necessitates in most cases a radical downsizing of the quantity and scale of individual material possessions. The material fact of reducing the floor area of one's former domestic space by a factor of between four and ten is described in anthropological accounts of RVing as both traumatic and emancipatory. Such an event may be described in terms of a severing of one's connection to the sedentary ground of the suburban home within and upon which the majority of RVers have spent their entire lives up to that point. As a result, the notion of ‘Home' transforms into a composite construct consisting of the recreational vehicle as a constant and stable figure, situated on a variable and unstable ground of temporary and often squatted occupations of public and private property. This process of uprooting the domestic home typically leads, in the case of RVers, to exaggerated homemaking practices aimed toward compensating for the potential emotional threat associated with homelessness and homesickness. These practices may be observed both in the interior and on the exterior of the vehicle.

Withn the RV interior, for example, a form of hyper-domesticity more fitting to the suburban ranch house than a moving vehicle can be observed. Due to the obvious volumetric and weight limitations, this is often achieved with a remarkable efficiency of materials. The layout and designated functions of the familiar domestic ‘rooms' of the American middle-class home are both miniaturized and amplified, as is its most recognizable materiality and colour palette. Familiar domestic elements include the carpets, tiles and upholstery fabric of the ‘living room', the stained oak or mahogany wood paneled cabinets of the ‘kitchen,' as well as common interior ornaments such as cushions, flowers and small tchotchkes that are stowed during periods of driving and refurnished upon parking. Such arrangements translate into the construction of an RV domesticity closer to the logic of the ‘moving home' than the ‘homely vehicle.'

The production of such a familiar and intensified image of domesticity within the interior is reflected in the immediate external surroundings of the RV. This space is often organized according to the structuring of the typical suburban domestic landscape through the articulation of semi-private, semi-public and public spaces. Within this schema, the positioning of the RV in relation to existing site characteristics and constraints such as trees, sun orientation and other vehicles, as well as the placement of particular objects and furniture are critical. Most RVs have a retractable awning that can be extended to produce a space mimicking the domestic verandah, a semi-private space that is often reinforced through the placement of an additional ground surface. Green artificial turf is most commonly used for this - mimicking the domestic lawn - to which is often added a ‘welcome' doormat, foldable tables and chairs. Additional items such as barbeques, temporary fireplaces, potted plants, exercise equipment, and a remarkable variety of garden ornaments such as whirligigs, neon palm trees and garden gnomes both personalize and demarcate the exterior domesticated space of the ‘home.' This reaches its most vivid form in the outdoor placement of deckchairs under the extended awnings of RVs parked in Walmart parking lots.

A variety of RV formations are legible from the air above informal camping areas - from rectangular courtyard houses to circular club corrals to more sparse equidistant arrangements mimicking suburbia. These formations define a range of spaces between vehicles that are often used for communal purposes. The social practices and events that take place there can include camp-fires, sing-alongs, pot-luck dinner, bake-offs and dances. Perhaps the most common of these activities is the pot-luck dinner, a form of social interaction that coincides with some of the primary limitations of the recreational vehicle: a kitchen large enough to cook for more than four or six guests, and enough plates and cutlery to service a larger group. Such an arrangement involves tactical practices on the part of RVers in which the timing of one's first serving is critical, along with the size of tray one is armed with.

For many RVers, the ethos of these RVing practices resonates with the 19th century pioneers of the American west. Rather than the westward expanding frontier of that period, Counts and Counts have described the contemporary RV community's engagement with an interstitial frontier based on finding or filling gaps where urbanity has not yet manifested itself (in the traditional sense of the city) or where it is undermanifested. Such colonizing practices in the empty spaces of the Arizona desert or Walmart parking lots are based less on the survival instincts of migrants searching for opportunity in the west than on a nomadic impulse suitable to disciplining the boundless leisure time of the contemporary retiree. 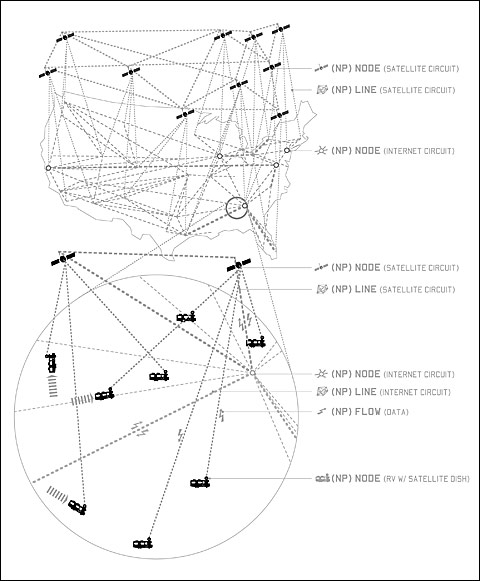 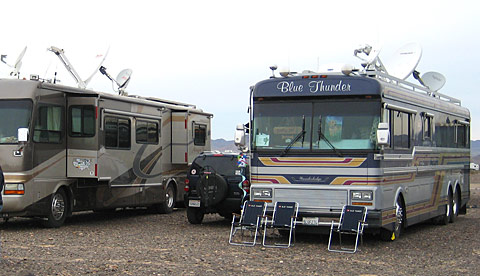 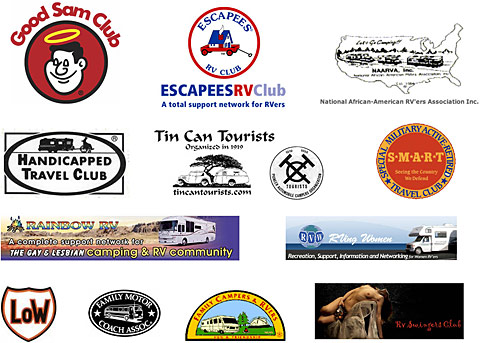 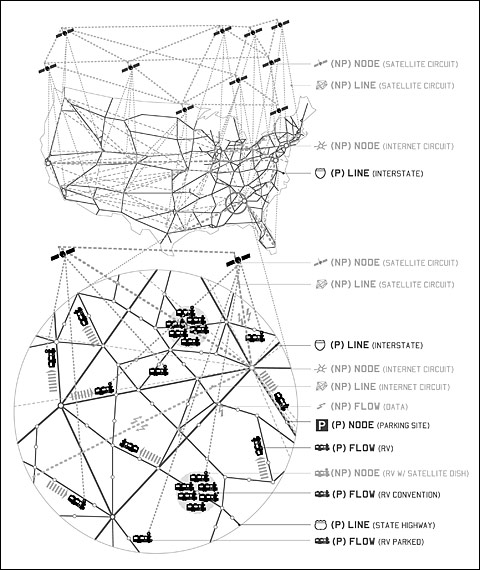 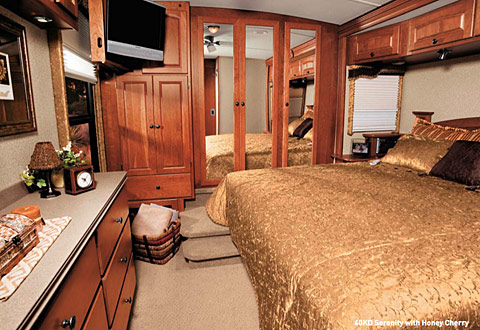 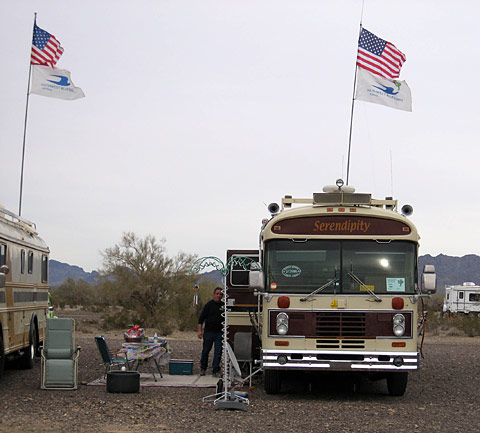 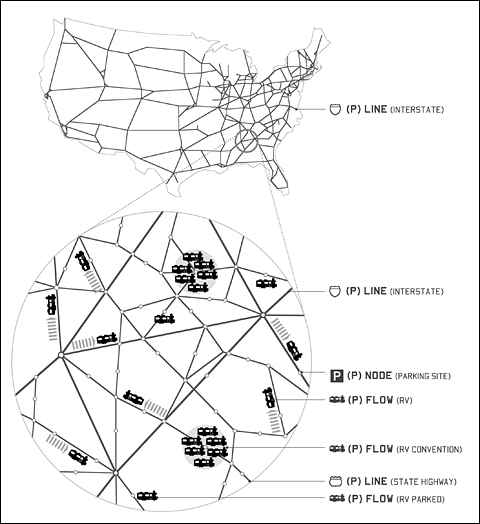 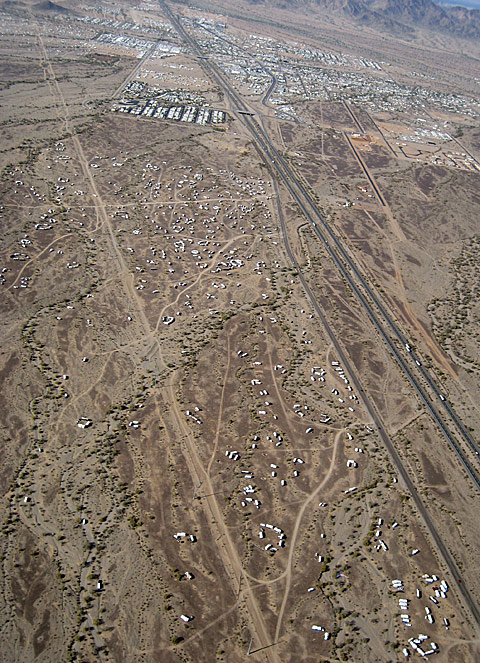 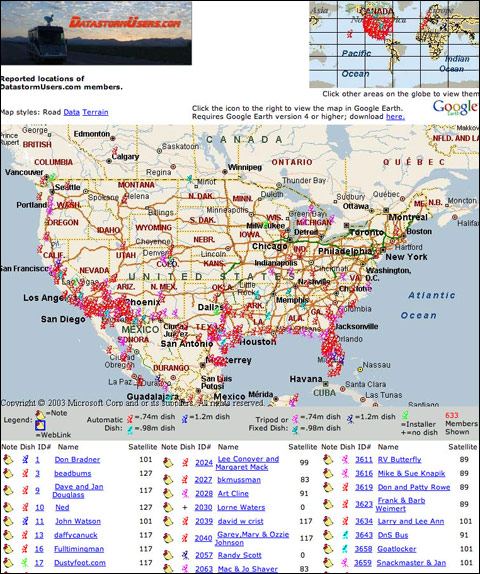 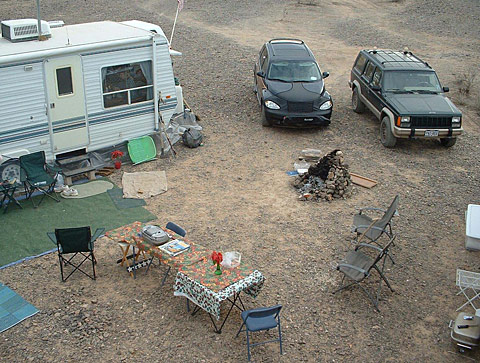 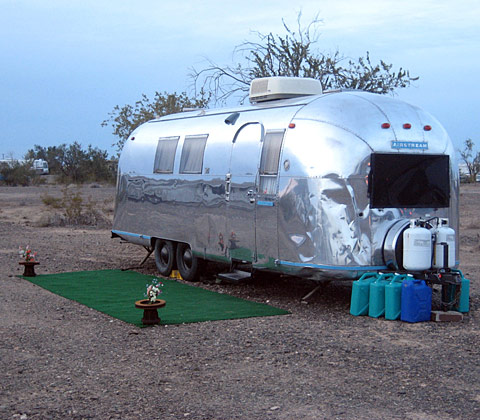 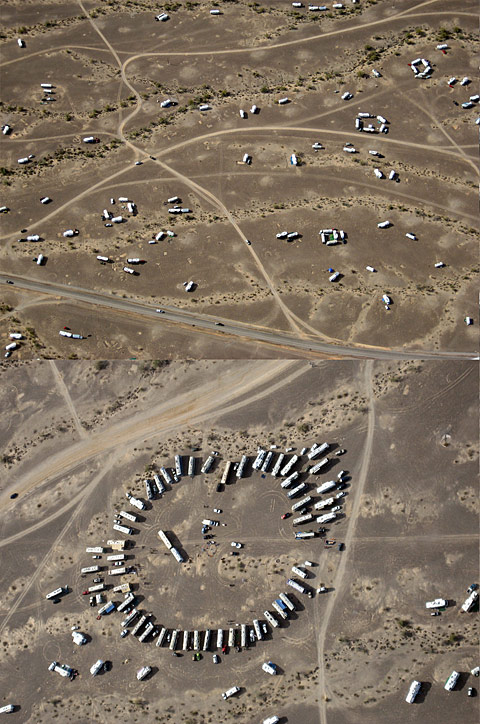 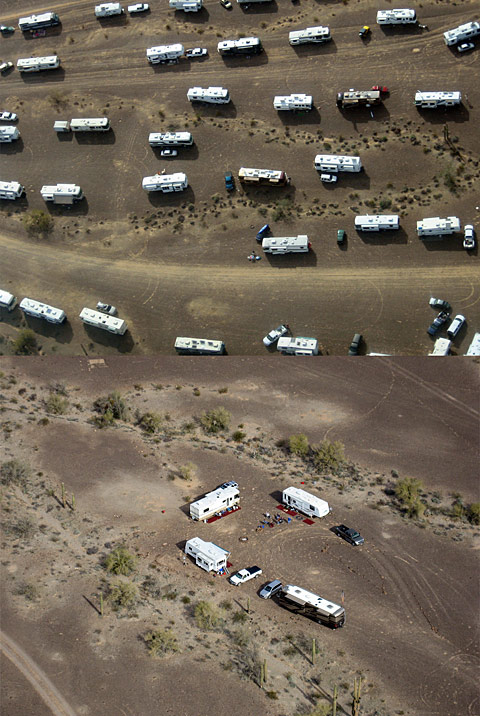 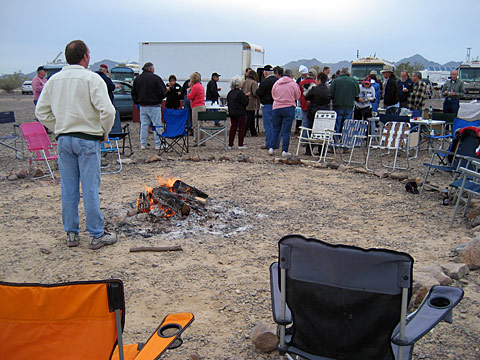