It is not only the absence of the textile manufacturers, who have withdrawn from the fair and have now organized their own event in town which goes by the name of "Déco-Off", after last year's debacle when, as the result of a storm, the exhibition tent remained closed to exhibitors and visitors for two days. No, there appears generally to be a noticeable feeling in the halls of the fair at Parc des Expositions. With Heimtextil in Frankfurt and the furniture fair in Cologne seemingly stabilizing this year, Paris appears to be experiencing a strange stagnation. Why is it that of all people, Philippe Starck and Karim Rashid have become the stars of the show? Starck has curated an exhibition featuring young designers, Rashid has designed new collections for as many as two manufacturers. Both are surrounded by enormous media and visitor attention as they make their way through Hall 7, the only hall to be devoted to high-end design. Is the presence of these stars necessary to distract attention from fundamental problems? The hall is not really booked out and the rear section is taken up by the kind of young designers who would have been relegated to the adjacent tent even last year. Now, this tent houses the beautifully designed Café Intramuros and several special exhibitions. And whereas even last year we got the feeling that a new furniture fair could be springing up in Paris, one that could compete with Cologne, now, it seems that we must think again. A great opportunity for Frankfurt and Cologne as locations, an opportunity that they should take advantage of. Not that I want you to get the wrong impression: Maison & Objet remains a worthwhile event for visitors and Hall 7 does boast a good mixture of established companies such as Ligne Roset, Zanotta, Baccarat and EMU, small labels with great aspirations such as Moustache and a number of young designers. And yet: it certainly is not the major success that we were expecting after past years.

High points at the fair are the collaboration between Baccarat, a craft manufacturer, and designer Marcel Wanders, which has resulted in a varied and poetic collection, the presentation by Danish company Hay with its innovative stand concept and a large number of new ideas and those by Spanish outdoor furniture manufacturer Gandia Blasco and by Vondom.

Since all of this can easily be viewed in three to four hours, visitors will still have some time left over for the city and especially for the above-mentioned rival event by the textile manufacturers. Almost all of these companies have assembled this year in their showrooms on Paris's rive gauche for "Déco-Off". There is a shuttle service between the various districts and a lavishly designed catalogue. However, since the different showrooms can be relatively far apart some time does need to be invested here, something that many professional visitors to the fair simply do not have. Moreover, a lack of advanced communications meant that many visitors were not informed about the new event and only found out about it at the fair itself. This is one instance where there is definite room for improvement. And it seems somehow unlikely that the fair organizers will be able to convince the textile companies to return to the fair.

In conclusion: a culinary tip. On the top story of the Kenzo building on rue Pont Neuf 1 you will find "Kong", a restaurant designed by Philippe Starck - yes, here he is again. Good food, a spectacular view of the town - you sit under a glass dome - and diners that are young and cool. What more do you need?! 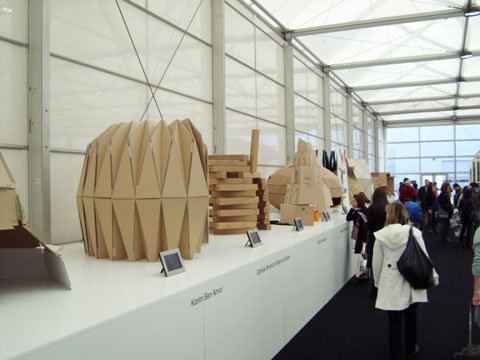 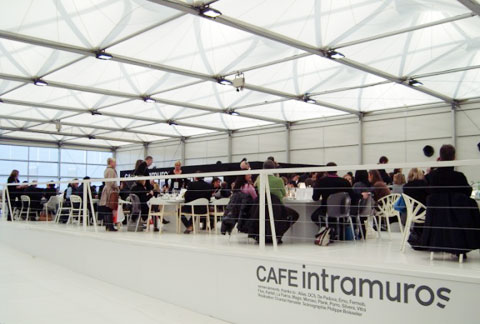 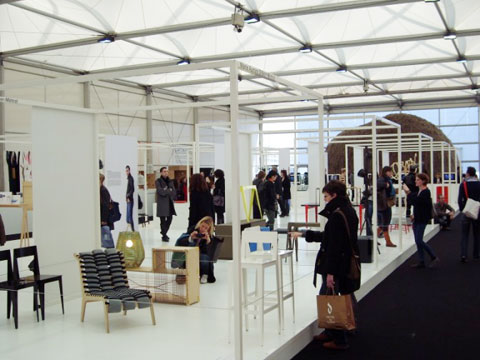 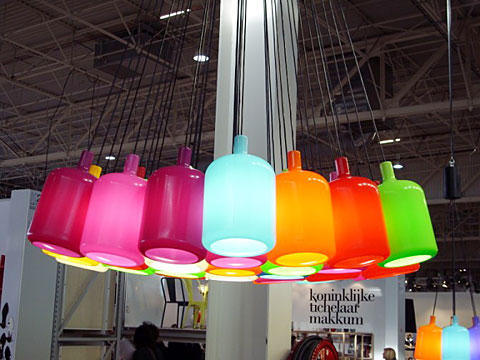 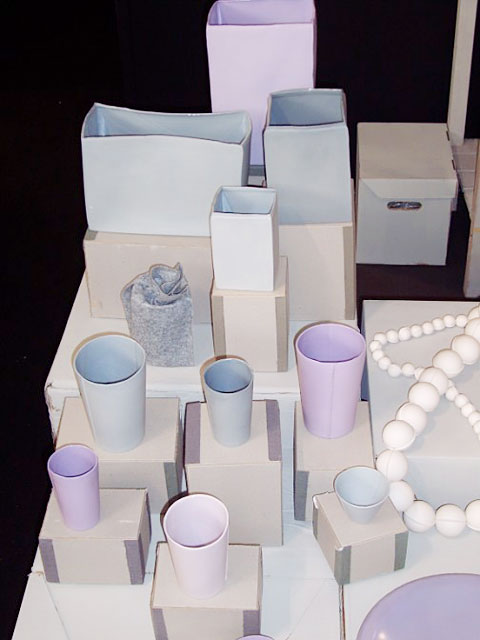 cup of concrete by Alexa Lixfeld 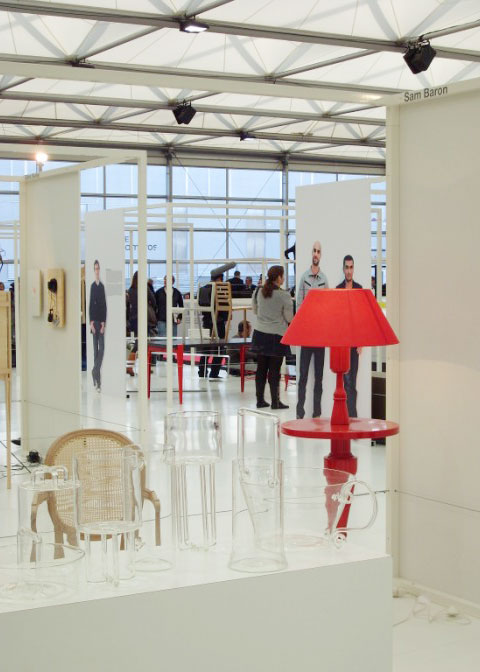 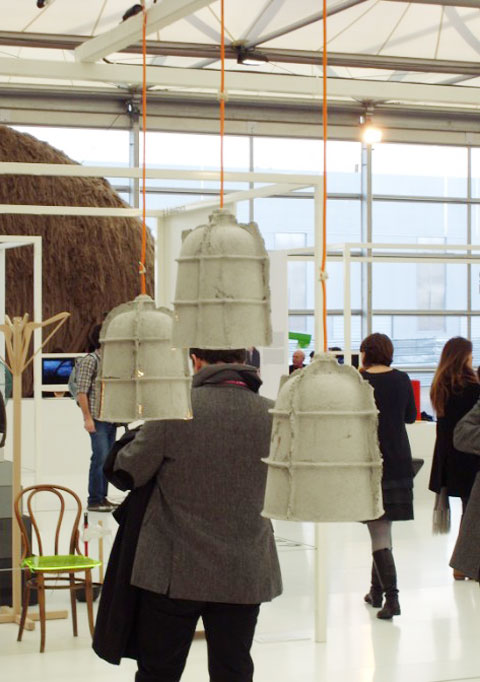 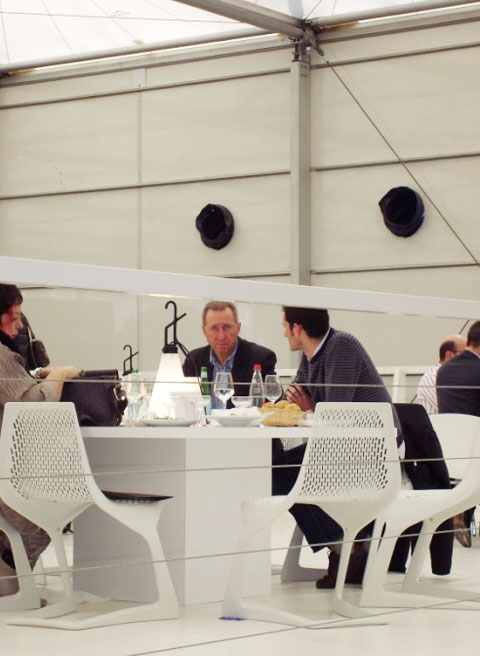 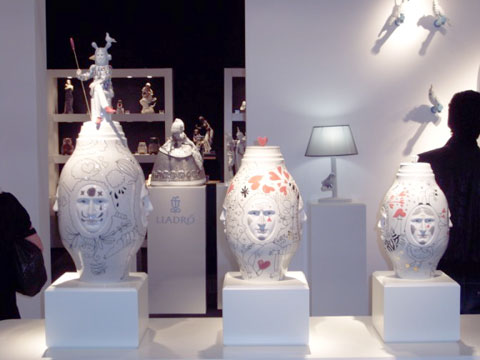 The Fantasy Collection by Jaime Hayon for Lladro 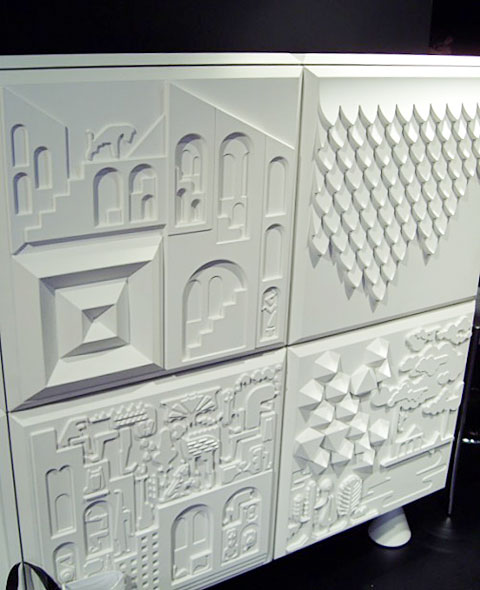 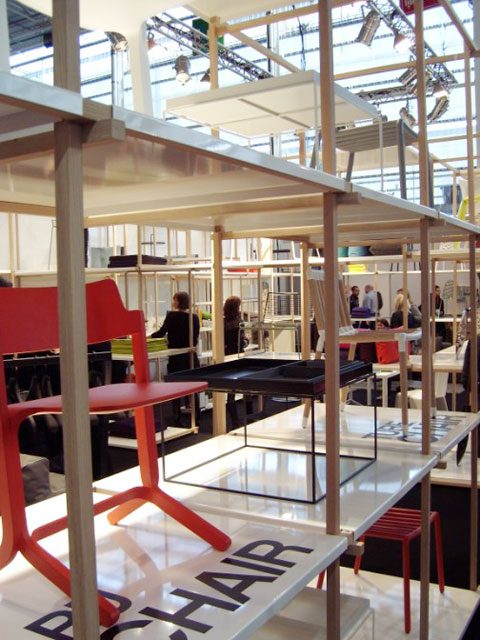 Booth by HAY, in the foreground RU Chair by Shane Schneck for HAY 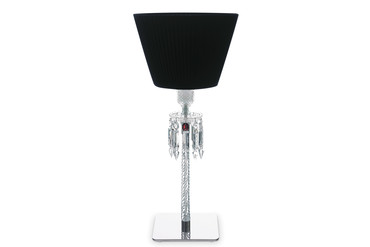 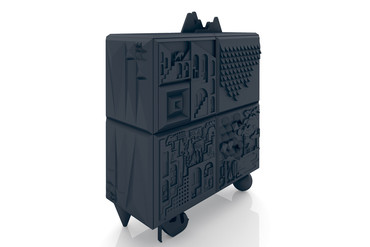 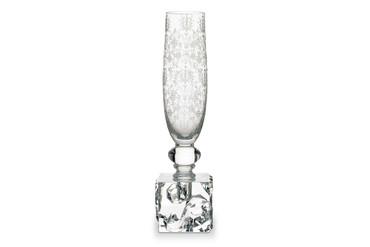 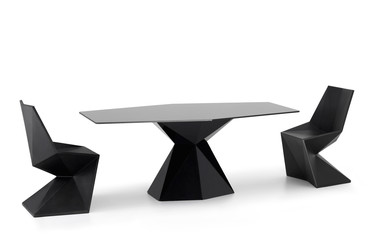