top
The table, the edition, the design and his auctions
von Nancy Jehmlich | May 21, 2008

In 2003 the Kram/Weisshaar office (the one an IT experts, the other a product designer) joined up with Stylepark on a project: a table was designed using a special software. The designers developed the software which, under certain parameters, generates a model of the Breeding Table, or rather the patterns for a CNC mill that then makes the table. The table first appeared in public in early 2005 in Cologne at Stylepark in Residence, back then as Series 0, a test run used to optimize the prototypes. In April, it traveled to Milan to the Salone. Later, the table landed up at Moroso. In a first production series, 1,000 different tables were generated, each with a number, each unique, but nevertheless unmistakably a Breeding Table thanks to its “folded” metal legs. The software was destined to create variety not cost efficiency, and Moroso, where production of the tables was being planned, chose two of the designs, optimized them, and marketed them under the name of “T-Countach”. The remaining 998 designs, and they existed only on paper, did not get condemned to a wastebasket however. Kram and Weisshaar sized the bull by the horns and produce the tables themselves. On request, an individual table can be ordered from Moroso, too. And the table has since traveled to Tokyo and Paris, where it is part of the Centre Pompidou’s permanent collection on art and design. In August 2008, it will be on display in Sweden for the opening of the Färgfabriken North art forum there.

Design is booming and the auction houses have in the last few years also opted for design. Often spectacularly high prices are fetched for designs, for example in 2005, when a table by Carlo Mollino was bought at Christie’s for USD 3.8 million. The estimated price had been USD 200,000 dollar. A veritable sensation.

“Design is the new art,” is how Clémence Krzentowski from Paris’ Galerie Kreo puts it. With her husband she has successfully run the gallery since 1992. Her concept: designs by big names in small editions. Together with design-world superstars Kreo develops one-offs or mini-series. Didier Krzentowski terms its work that of a research lab: “The items are to design what couture is to fashion.”

Vitra does research on a broader scale. The Birsfelden-based company just outside Basel created its Vitra Editions in order to escape “the furniture industry’s rigid norms and conventions”. Over 20 years ago, back in 1987, when there was no talk of “a collectors’ market for experimental design”, or so Rolf Fehlbaum suggests, Vitra was already showcasing its first Edition. 20 years on, the successful project is being repeated.

Auctioneers such as Quittenbaum in Munich, the Dorotheum in Vienna, Phillips de Pury in London or Wright in Chicago were the pioneers and first put up contemporary design items for sale many years ago, and each year has seen record prices. “If you look at the design market in recent years you will see that the premier items can at any time change hands for five or ten times more than the estimated price,” suggests Ellen Stelter of Phillips de Pury. This was the case with Marc Newson’s Lockheed Lounge. In 2000, it was sold for a record sum of USD 105,000 and in June 2006 the gravel fell at just short of one million bucks. The highest price in an auction at the Dorotheum was EUR 139,000 – for the Vortexx luminaire designed by Zaha Hadid and Patrick Schumacher. “The dynamic growth and rising interest in the young field of design has meant that recently each auction has brought new records,” says Bettina Krogemann of artnet. Other auctioneers feel the same. This boom (and the tendency to see design items as investments) is only just getting off the ground. “Designer items will soon not be sold as items to be used, but as icons or artworks,” is Ellen Stelter’s comment on the emerging collectors’ market. And it’s growing. And therefore “the people collecting visual arts are almost identical to those collecting design items,” asserts gallery-owner Ulrich Fiedler when interviewed.

The Dorotheum in Vienna will be auctioning three Breeding Tables by Kram/Weisshaar on May 29, 2008. The prices are estimated at EUR 7,000-13,000, depending on table size. 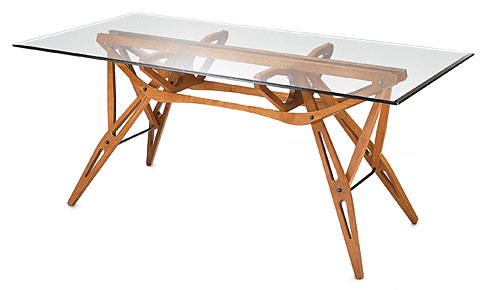 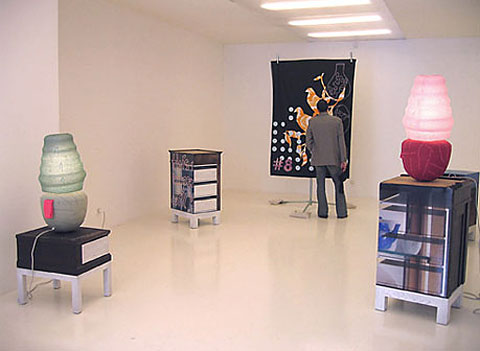 Bead Bulbs by Hella Jongerius in the Galery Kreo 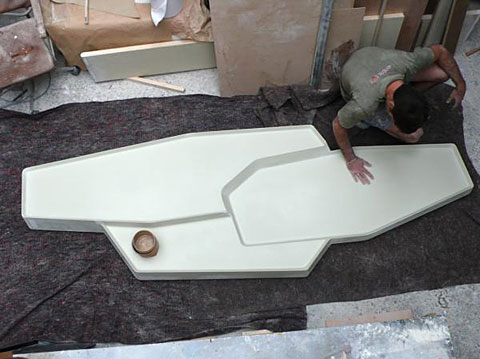 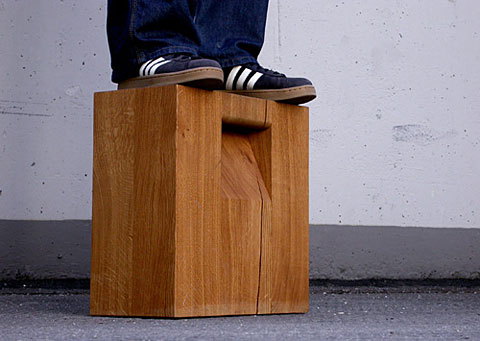 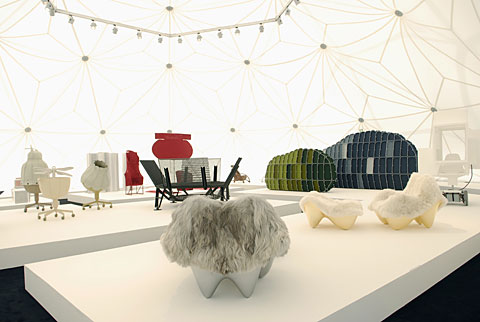 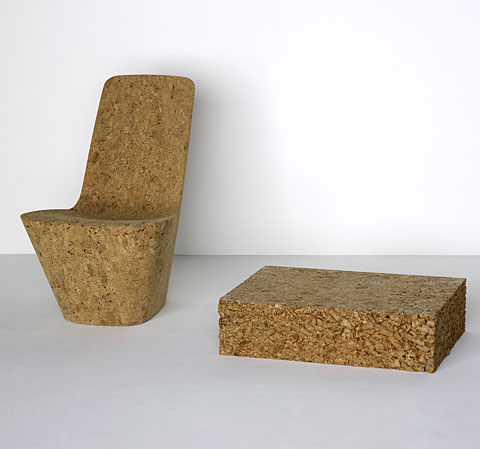 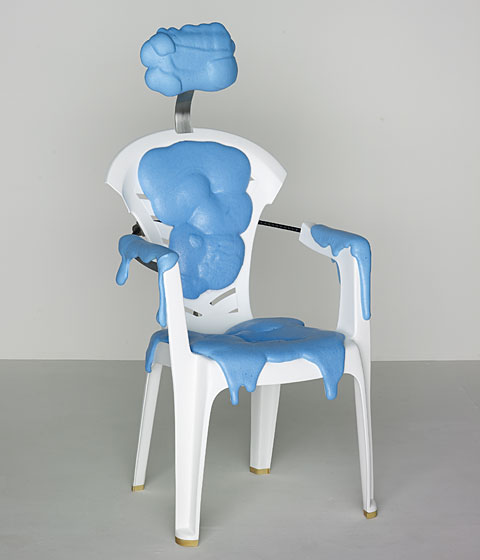 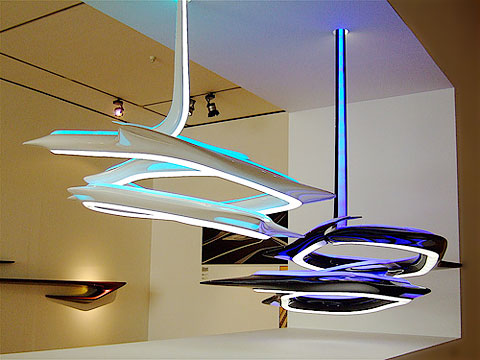 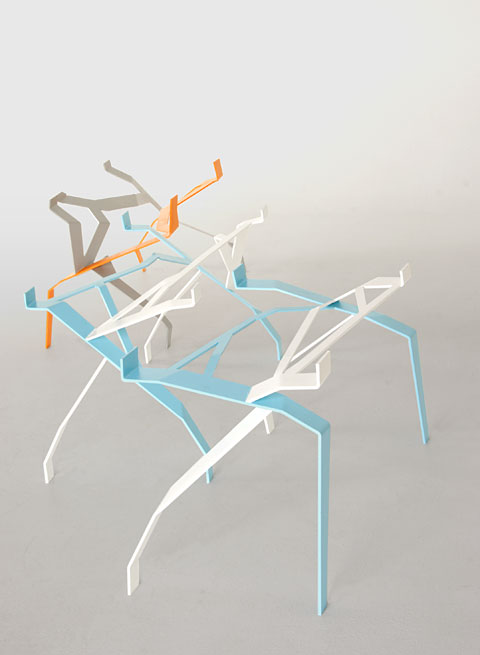 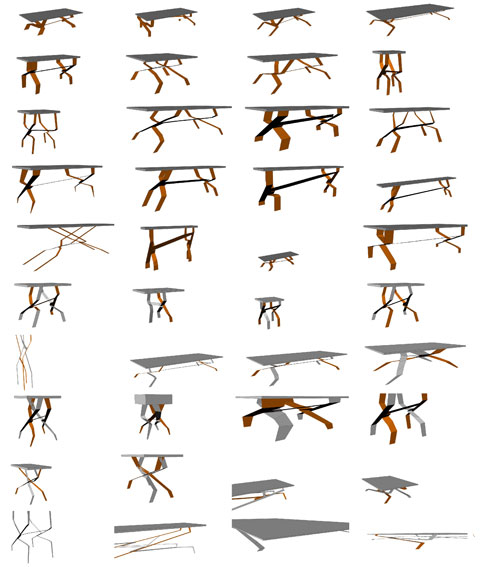 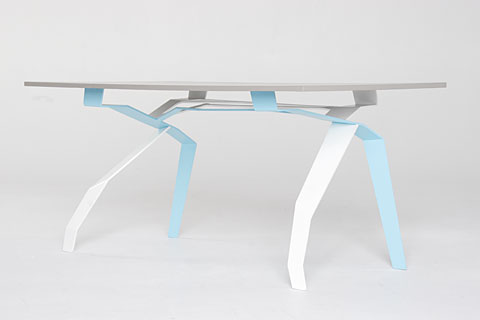 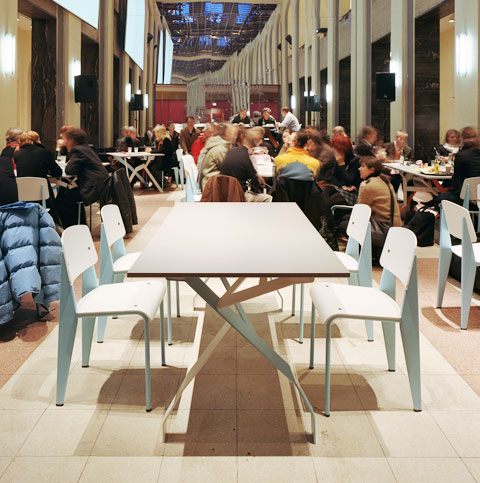 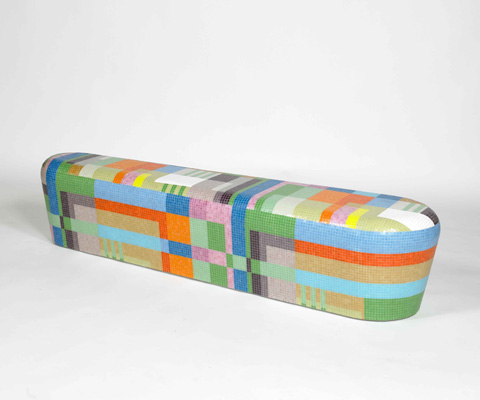 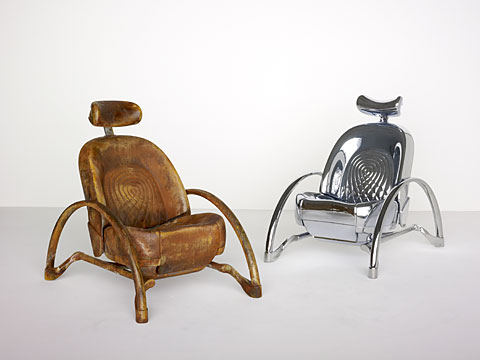 Moreover by Ron Arad for Vitra 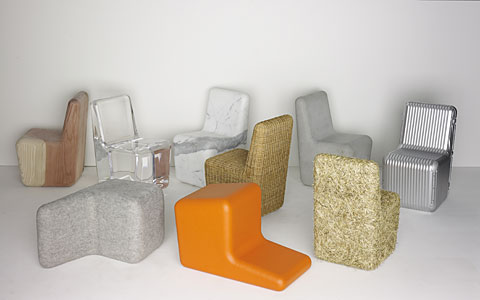 Chair by Naoto Fukasawa for Vitra 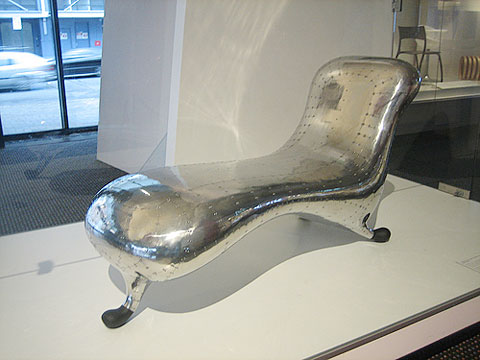