As if they were made of snow, the new metal roofs float above the station in La-Chaux-de-Fonds. They protect passers-by and waiters from the weather and arrange the various means of transport.
by Florian Heilmeyer | 2/27/2017

Not only houses have to be made winter hardy but so does the one or other railroad station forecourt. For example, the one in La Chaux-de-Fonds in the Swiss canton of Jura, close to the French border. The town lies a good thousand meters above sea level, and the annual temperature is just short of 6°C, with an average of 150 days of frost and 30 days with ice every year. Reason enough in other words to dress warmly, and to incorporate a large roof into the redesign of the station forecourt so that passengers wishing to switch to a bus, train or car can enjoy a modicum of protection from the weather.

The Frundgallina office of Jean-Claude Frund und Antonio Gallina won the competition in 2011. Rather than opting for one, it installed two roofs – extremely flat and rectangular  structures on very slender steel pillars. These roofs also divide the forecourt into two sections. While the area in the east is reserved for pedestrians and cyclists, buses and taxis can approach via three broad lanes in the west. The rectangular shape of the two roof panels cites the chessboard-like layout of the “watch-making town” La Chaux-de-Fonds, which has been listed as a UNESCO world cultural heritage site since 2009. There is one main road which runs directly towards the solid station building. Thanks to the division of the roof into two this vanishing point remains highly visible.

Despite having to withstand considerable loads of snow and ice, the two roof panels do not look massive. This is partly due to the extremely slender steel supports, which were placed in various patterns beneath the two roofs to clearly underscore the two separate areas. Tthe larger roof, which spans the bus bays, is supported by 71 pillars with a diameter of 127 millimeters. They were arranged in orderly fashion in four axes along the traffic lanes. By contrast, the 73 pillars for the smaller roof, which are only 114 millimeters in diameter, were randomly placed with cyclists and pedestrians flitting back and forth beneath them. Their design recalls contemporary Japanese architecture like such as that of the Kanagawa Institute of Technology (by Junya Ishigami), whose interior is also characterized by irregularly distributed very slim, bright white steel pillars.

The two thin roofs also stand out as a contrast to the solid-looking station building. This effect is emphasized all the more by the reorganization of movement on the forecourt. The division into one half with linear traffic movement, and the other half with the crisscross movements of people creates a choreography you could watch for hours on this new forecourt in Chaux-de-Fonds, The White Square – and one that is white in summer and winter alike. 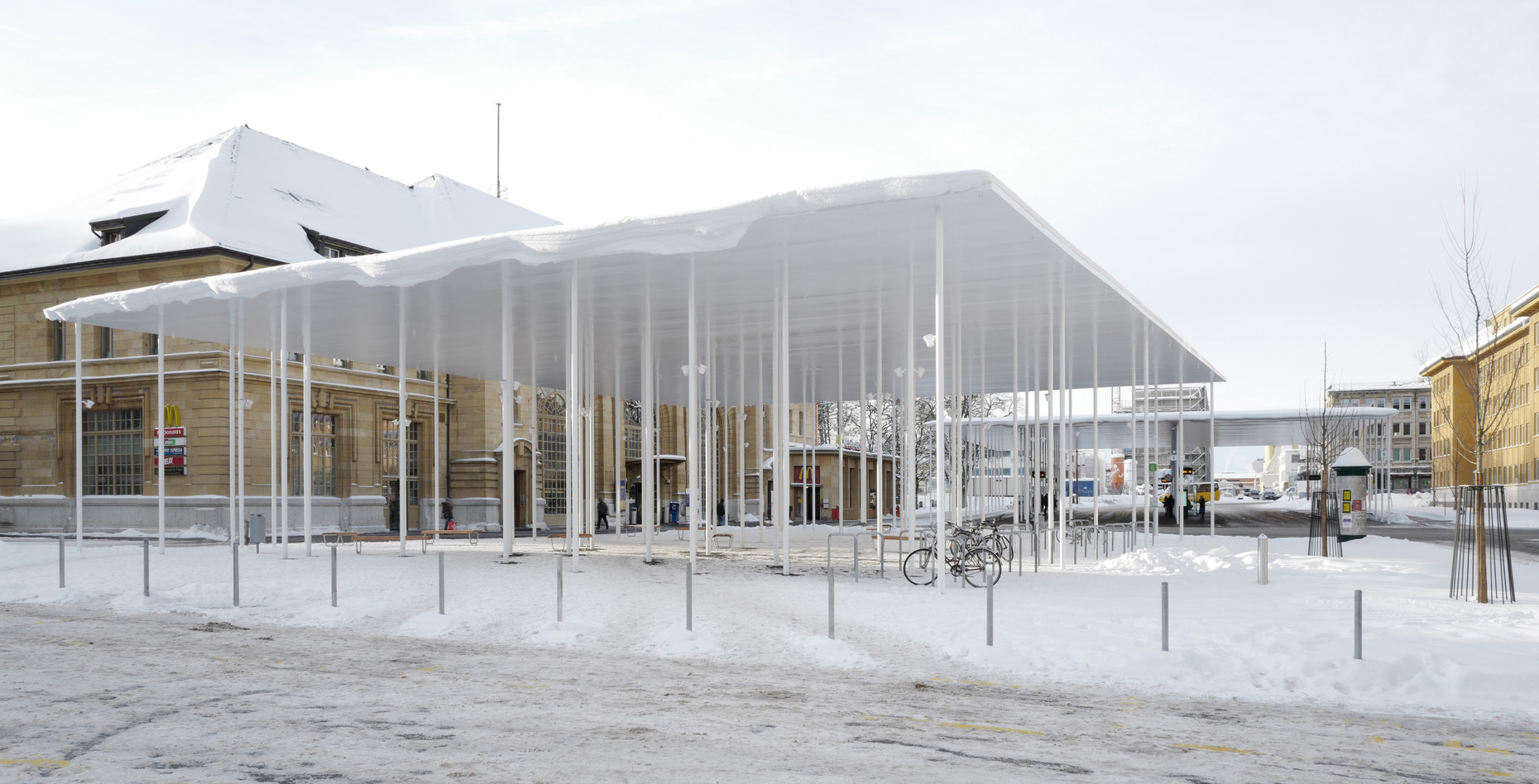 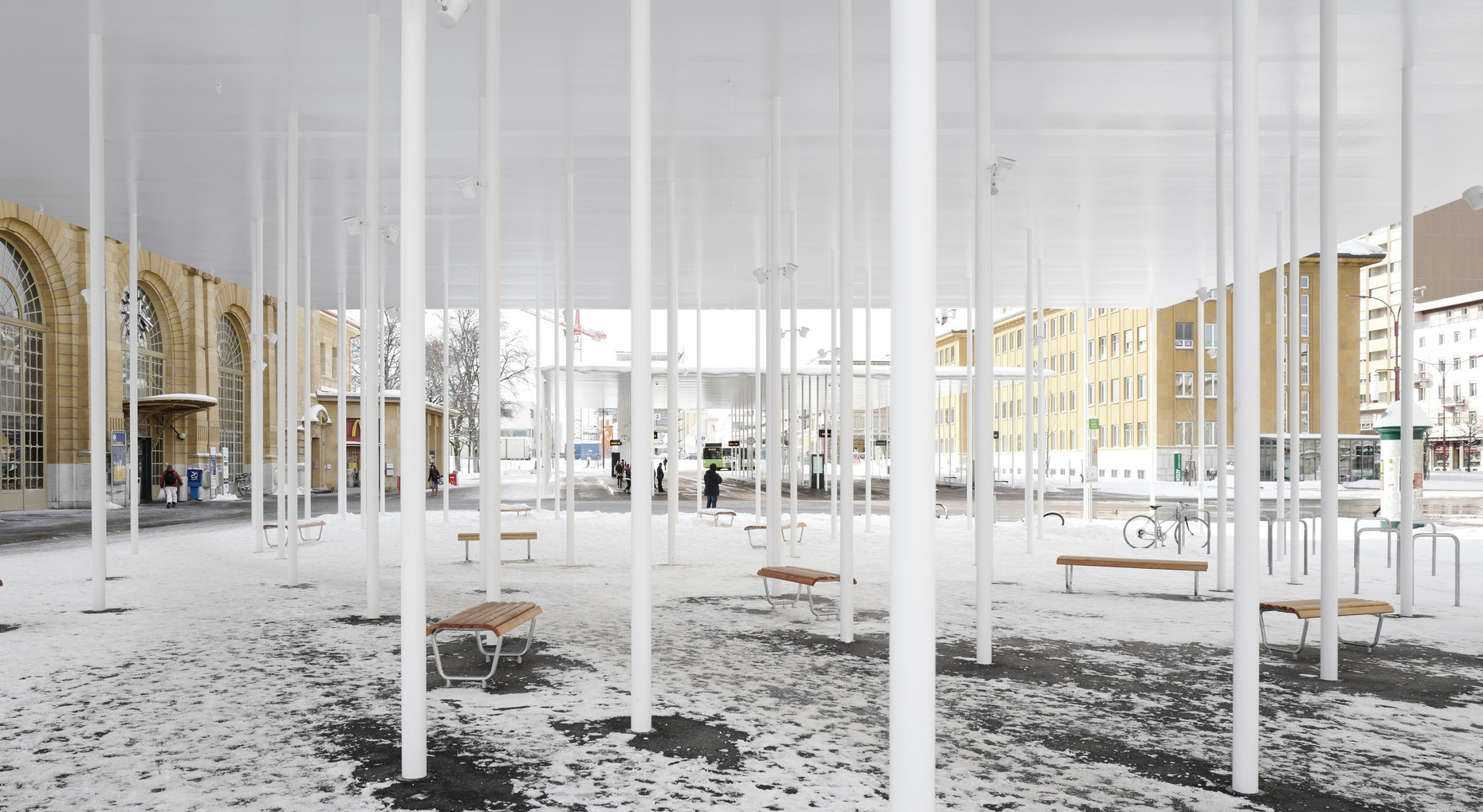