It is now a good two and a half years since the two students from the Munich Academy set out to make a name for themselves in the tough world of design. And before they did they first chose a name for themselves. So it was that Horst Wittmann and Konstantin Landuris established a design company called "hansundfranz". "Wittmann Landuris Design studio simply sounded too serious, it's simply not us," explains Konstantin Landuris. "We wanted something unconventional and funny that kept the number of possible associations in check." And plumped for Hans and Franz, two characters from the cult US TV program ‘Saturday Night Live'. "It fits well, is Bavarian and thus references our hometown, and sounds funny." And in hindsight is also a name that can be understood outside Germany, which has turned out to be extremely important.

The duo first attracted international attention in Milan in 2007 - even though they only decided to register to take part in the Milan furniture fair's renowned Salone Satellite a day before applications closed. A hard day's night later the first joint designs were ready and were promptly chosen by the Milan selection committee. Half a year of equally intensive work later, hansundfranz presented their first prototypes - in Milan.

Wittmann and Landuris went on to cause a real stir with their bow-shaped "Troja" Luminaire. That same year they received a special mention in the renowned Design Report Award. Then things started happening fast. The tripod-base lamp "three" got the duo an invitation to the International Contemporary Furniture Fair, in New York. Along with eight other young designers they were selected to present their three-legged lamp to a US audience. The chain reaction simply continued: A job for Bernardt Design, the Cycle Bench, followed and then two projects for Macrolux, which proceeded to manufacture the "three" and "Supercool" luminaires.

These were exciting times which brought plenty of practical experience along with the creative highs. How do you negotiate with corporates and what PR work do you need? Presenting your own work in front of dozens of people and a pronounced entrepreneurial mindset were things they had to learn and practice at one and the same time. "Designer, PR specialist, entrepreneur - getting a handle on it all at once was pretty demanding for us as students," recounts Horst Wittmann. But the dynamic duo also cleared these hurdles with great composure and with a sense for style and detail. For example, they designed little cowbells as giveaways to hand out with their documentation at their first presentation in the United States, a successful gag which generated additional attention.

Wittmann and Landuris quickly realized that you need more than just talent and good ideas to be a designer. As motivating as it is to find companies who are willing to produce your designs, Konstantin Landuris is convinced that "things also have to work at a personal level with the company. And for example they went really well with the bosses at Macrolux, a small company managed by two brothers, right from the start. It's is a super company with a cool showroom - and the brothers race motorbikes. They very proudly showed us their Macrolux-branded bikes." Needless to say, that makes an impression of and "as soon as we have the money we'd like to have hansundfranz-brand motorbikes as well!"

At our first meeting, the two designers proved very open-minded while yet being down-to-earth. Their office is located in Munich's Au district in a small former bakery near the River Isar. For all the high tech, they prefer to design by hand and not at a computer. "We always think in prototypes," they say, "as products designed solely at a PC simply have no soul, the tactile properties also get neglected, that notion of thinking with your hands."

While their designs have to date focused on luminaires, "because they also have a strong emotional element," they are now expanding their range, for example with the "Cycle" seating collection.

And how is a young design office received in the established design community? "The responses differ immensely," they both say. "Of course there is a certain rivalry among our peers. But we consider that positive. It is important for us to interact with other designers - after all, only very few of them feel they have to behave like divas. And anyway, it is of course important to remain in constant dialogue and that only happens when you come up with the goods." Without doubt, there'll be plenty of mention of hansundfranz in the future! 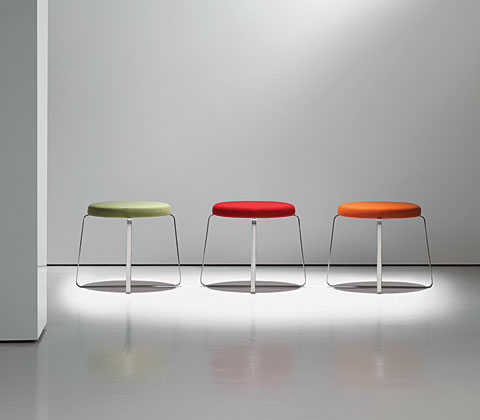 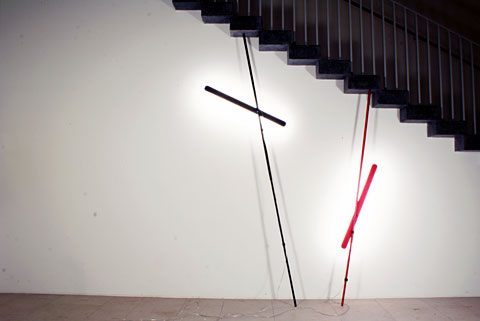 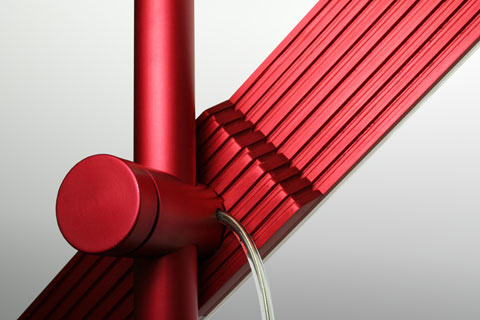 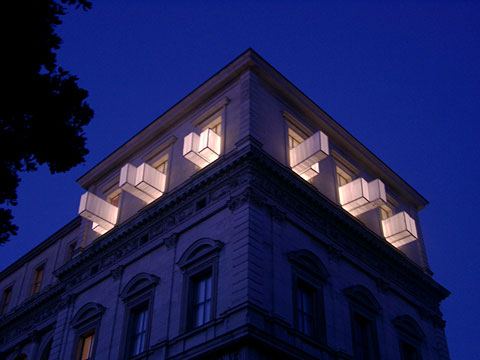 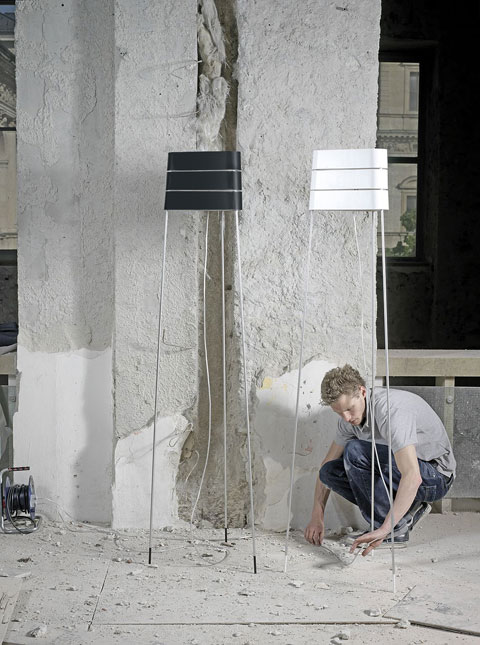 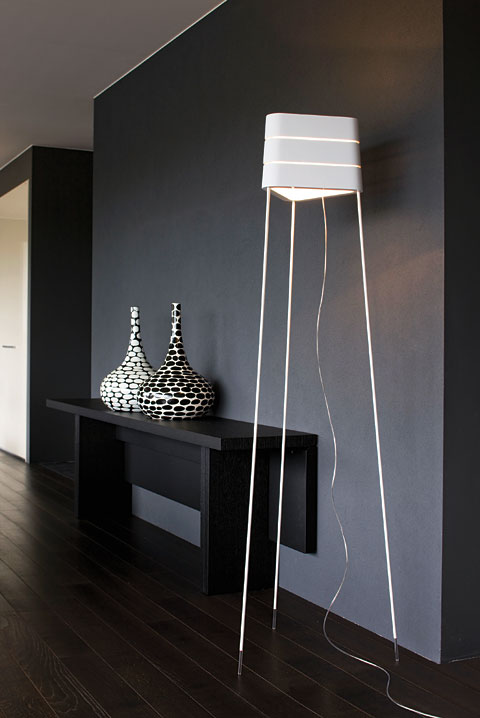 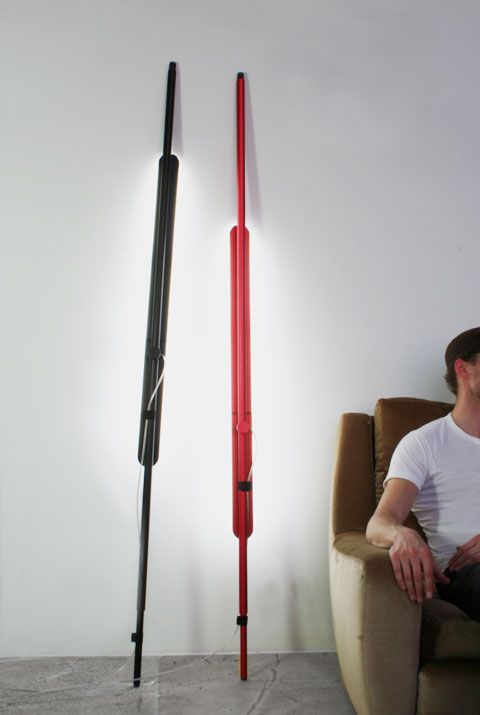 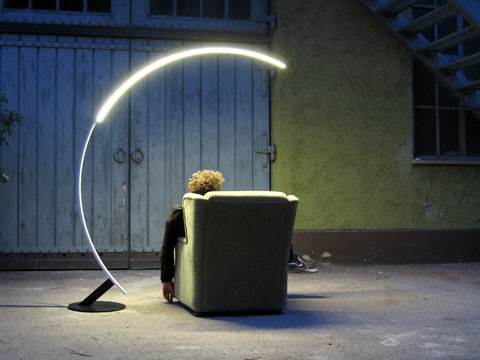 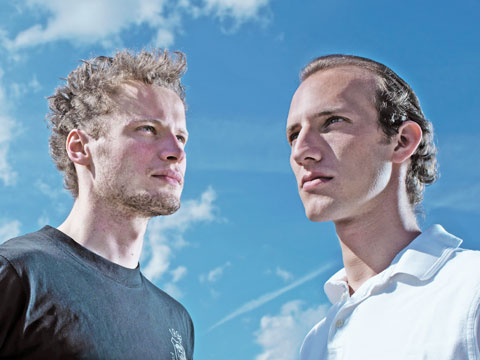