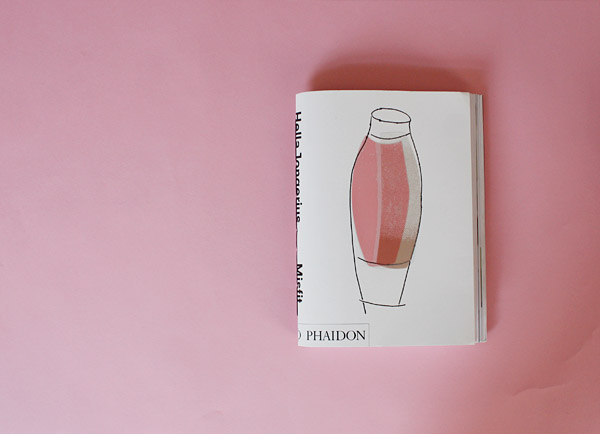 The cover of "Misfit", the latest monograph on Hella Jongerius, features a vase, hand-sketched and austere, rendered black on white. So as to reinforce this sensation the lines are impressed into the card, which can you can feel rather than see. And thanks to five electrostatic stickers the vase can also be variously colored in red-, green- and brown tones. Moreover, the telltale signs of bookbinding that are generally inconspicuous really hit you in the eye. A bare binding seam graces the spine as is the fashion of late. The pages are not cut at the front edge and peek out from beneath the cover. The book appears simultaneously unfinished and yet complete, a "non coupé" to use bookbinding jargon.

There is something tricky about perfection. On the one hand it has something final that cannot be topped but on the other striving for it stokes our desire to always want to do some part of it a little better. The happy medium would seem to be successfully awkward. "Misfits are my perfection," says Hella Jongerius. And indeed: She appreciates the anomalies and outsiders when it comes to forms, avoids the complete and perfect seeking instead the imperfect that constantly develops. After all, in 2008 she did move from Rotterdam to Berlin to replace a thoroughly organized day by the start in a new city.

In her oeuvre the Dutch designer typically combines crafts techniques and industrial elements. She is concerned with the "human factor," which can be revealed in many different ways. There is a strong "crafts" touch to the animal mutations "Props", her china designs for Nymphenburg have a handcrafted appeal to them; and the "Frog Table" can be considered a limited edition design; moreover, the IKEA wall carpets could just as easily have been embroidered by granny. By contrast, the "Bob Garden Club Chair" stands out for its amazingly sober and industrial appearance.

Following "Hella Jongerius" in 2003, "Misfit" is the second monograph on the designer: both are by the same publisher and both are edited by Louise Schouwenberg. Alongside large-format images and a chronological survey of her work the book also includes a series of fictional conversations between Hella Jongerius and Louise Schouwenberg and two articles on design theory by Alice Rawsthorn and Paola Antonelli. However, when you compare the two publications or look at Jongerius' work overview the question arises as to how suitable the title "Misfit" actually is. For example, the vases that also adorn the book cover exist in a number of variations starting with the "Red White Vase" back in 1997, complemented by the three series of "Coloured Vases" in 2003 for Tichelaar Makkum, 2007 for Vitra and 2010 for Phaidon – especially for this publication. Even after all these years there is no denying that given their form and concept the vases are still suited – similarly to a canvas – to communicate color experiments, but this is practice is long since not "misfit", but rather fairly "established". Sometimes even a designer like Jongerius imagines she is still en route when she has actually already arrived.

Nonetheless, this particular aspect does not in the least detract from the book's excellent quality. After all, the monograph was not developed according to a standardized publishing scheme but from the perspective of an experienced product designer, who virtuously explores the creative leeway of the medium book – from the reduced binding via various sorts of text through to visual dramaturgy. "Misfit" might not be the best word here, either; "pioneering" would actually be more apt. 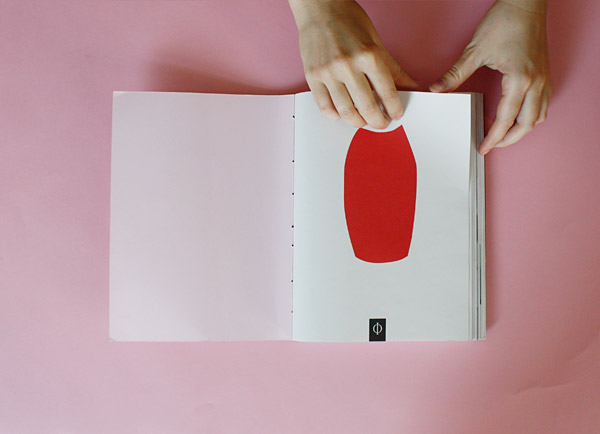 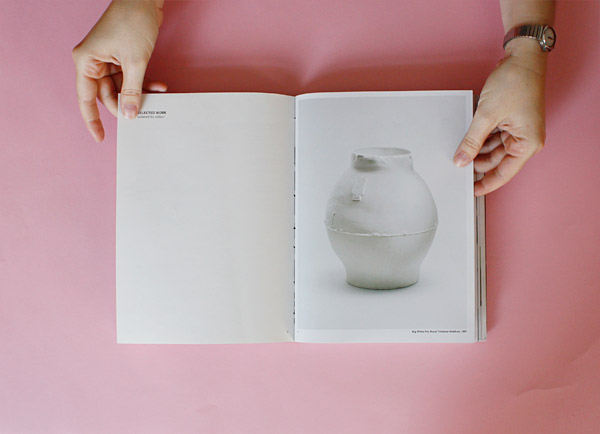 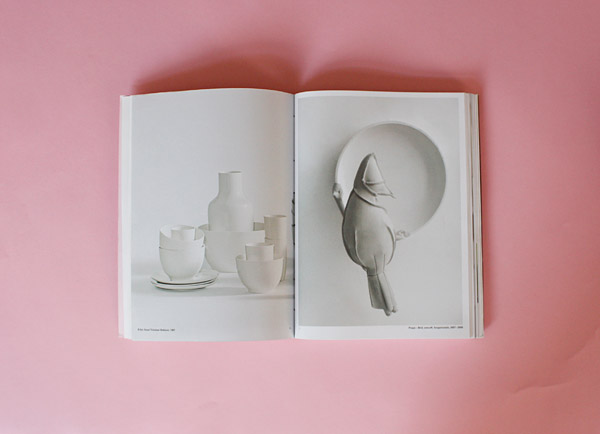 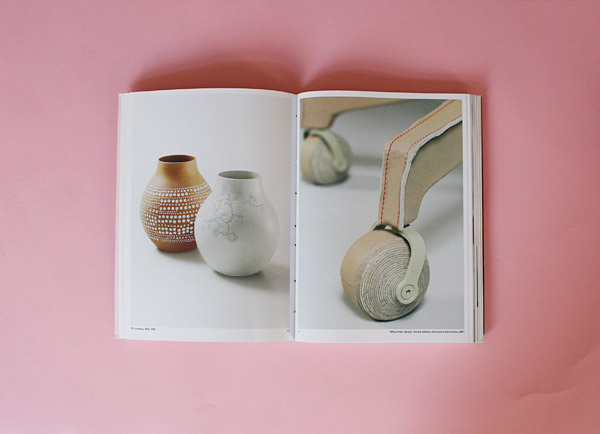 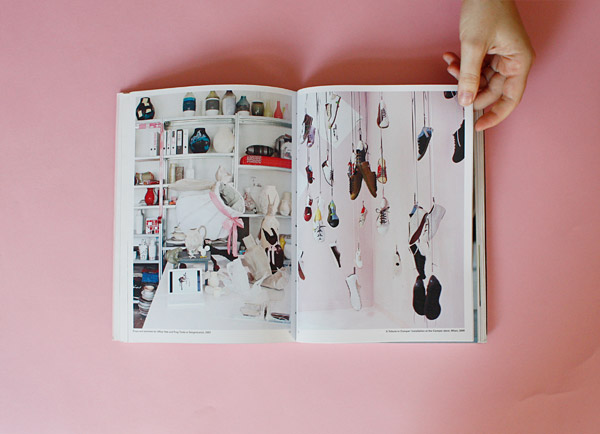 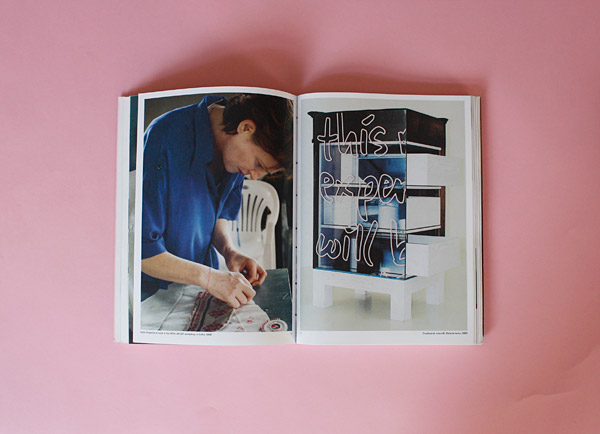 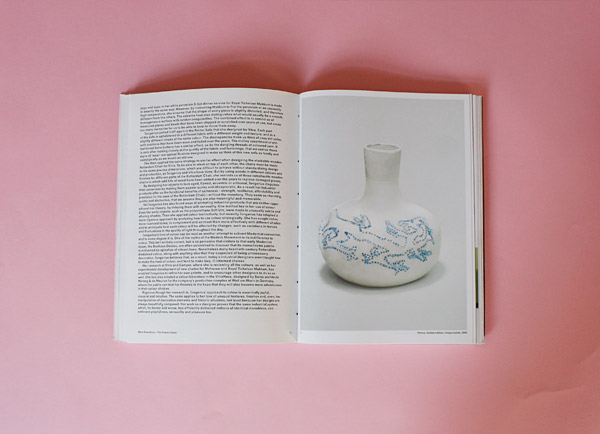 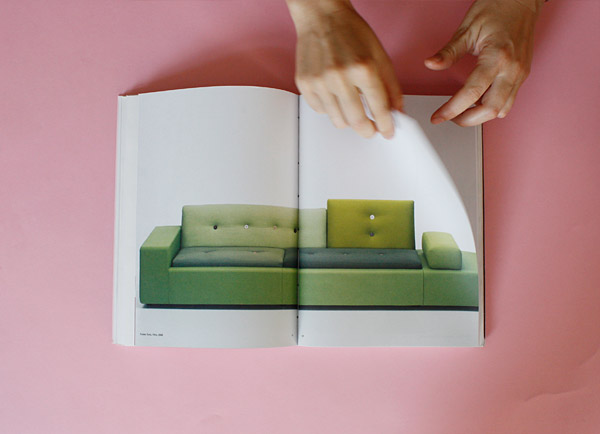 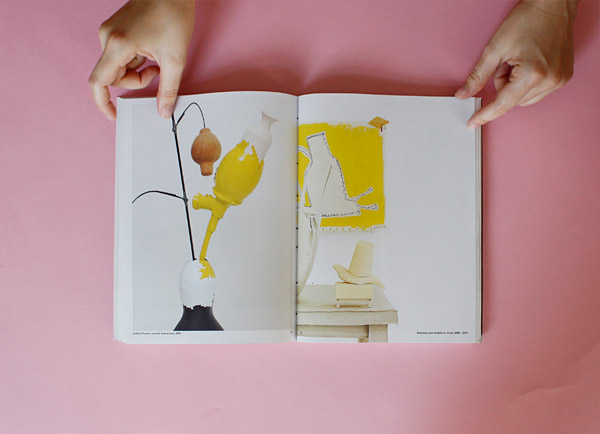 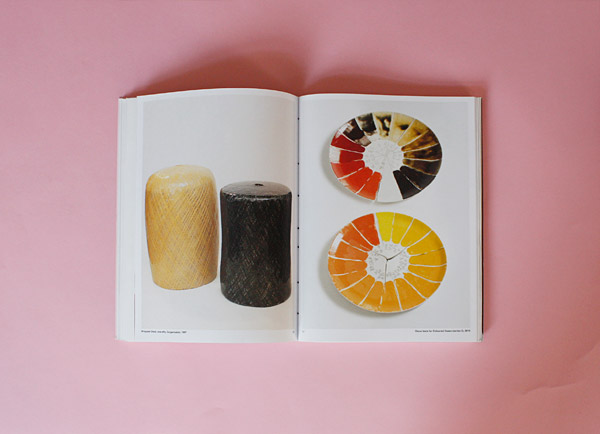 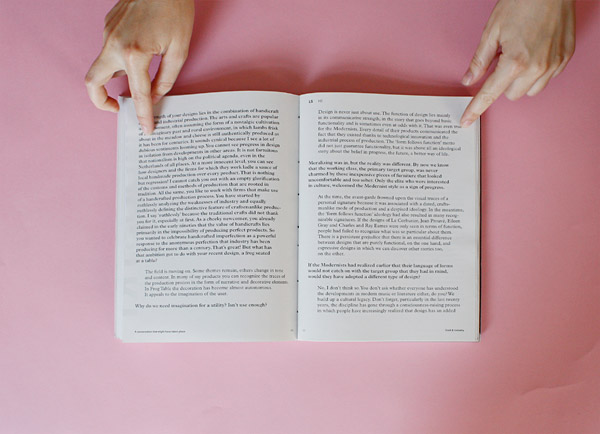 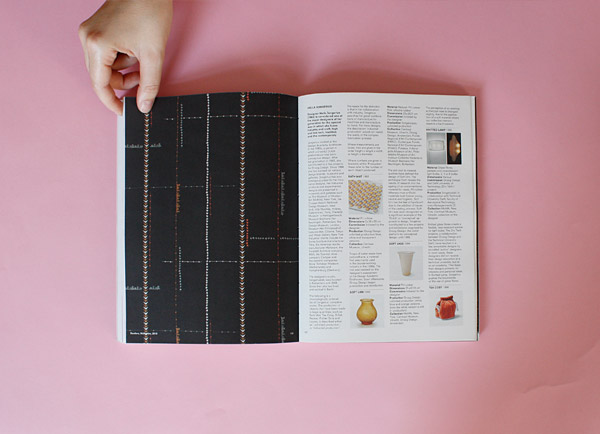 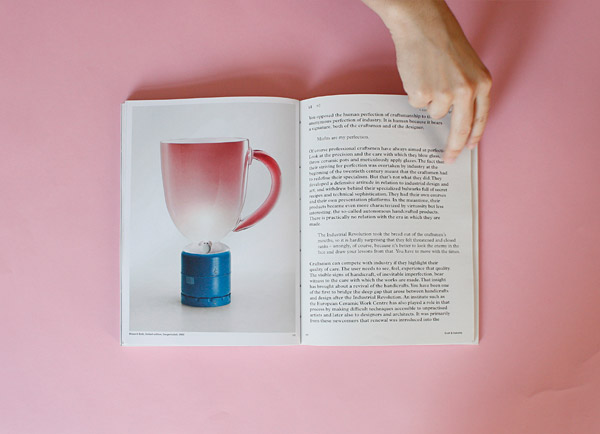 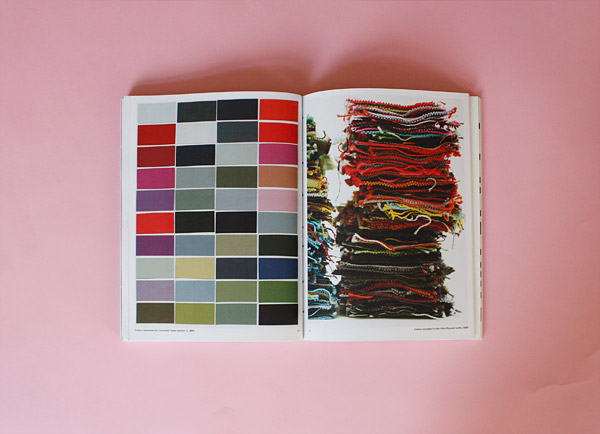 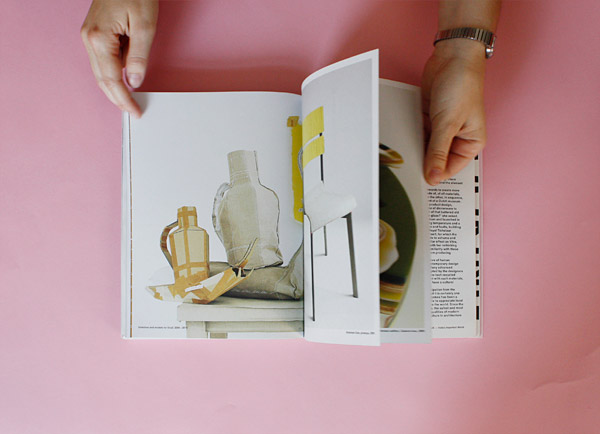 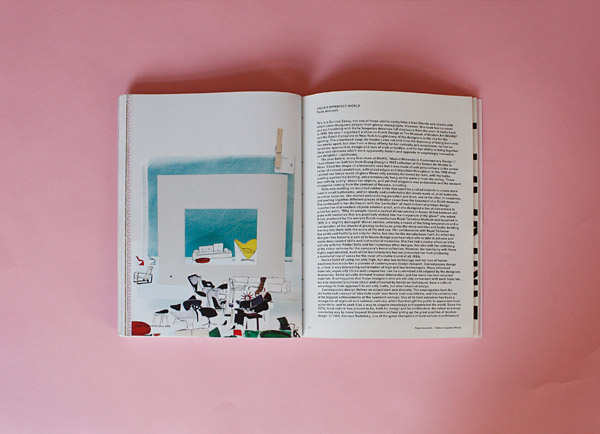 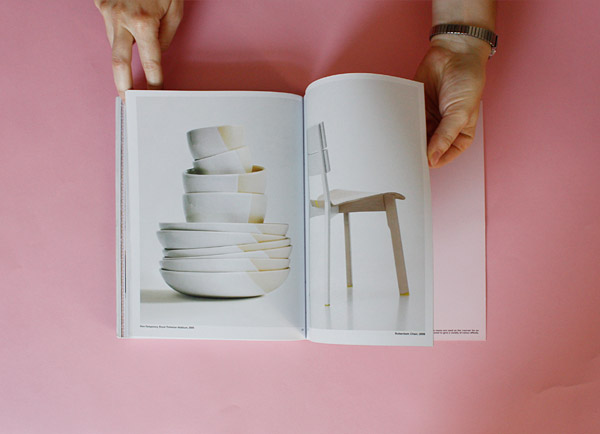 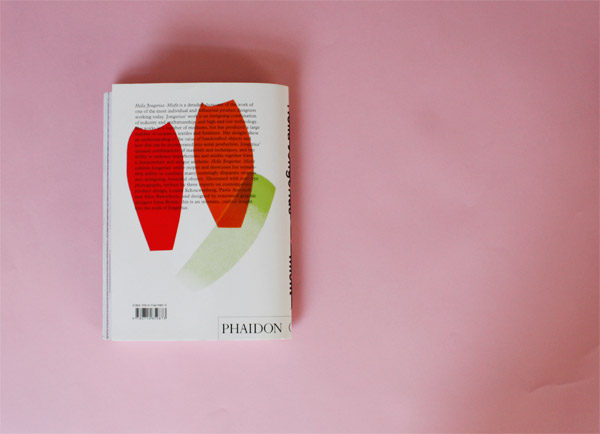 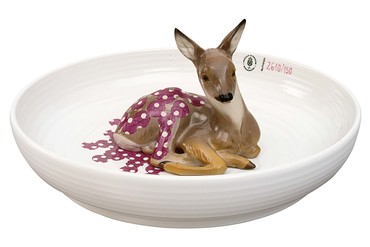 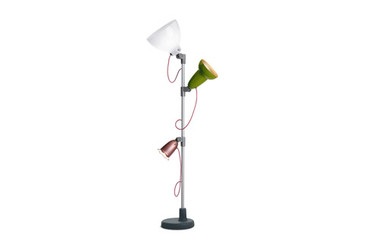 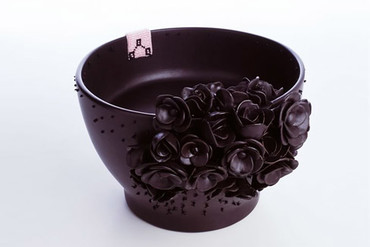 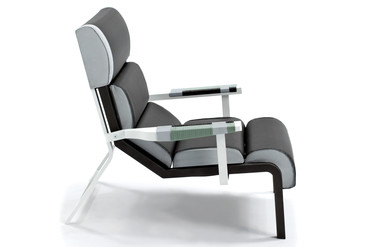 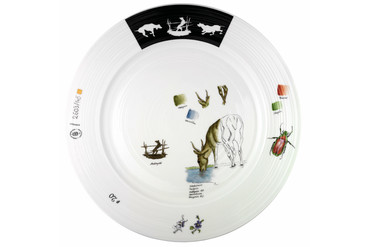