top
Urban-Think Tank or Connections in the third dimension
Oct 15, 2012 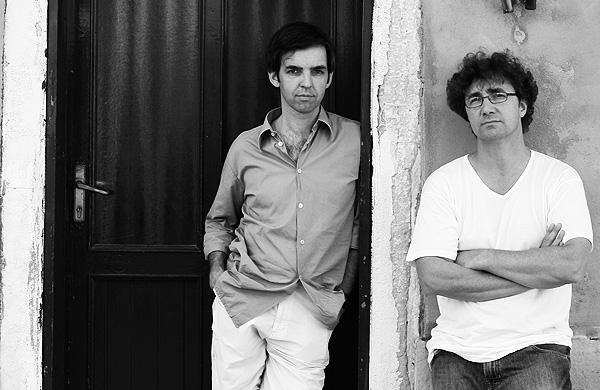 Is there, as many people think, too much transportation in mega cities? Or, on the contrary, are there forms of transportation that we pay too little regard?

Alfredo Brillembourg & Hubert Klumpner: Today many of our megacities are continuing to expand at an incredibly rapid pace. As such, residents of these cities constantly find themselves in need of new routes and new means of navigating and traveling between increasingly distant and disparate parts of the cities they call home. In addition to the formal transportation infrastructure that a city may have in place, there are many different modes and routes of transport that residents devise to supplement or improve upon the formal options.

Since the 1930s, government investment in São Paulo has focused on the growth of an extensive automobile infrastructure, a trend that has diminished investment in alternative modes of public transit, and led to the current problems with congestion and infrastructural limitations. This is a key component of the larger, asymmetrical urbanization process. Population density in parts of the city’s core has diminished, while the urbanization of peripheral areas, especially in the sprawling gated communities and favelas, has exploded. As a consequence, the majority of people within São Paulo face both social and territorial immobility.

Innovative new modes and pathways of motion are needed to make São Paulo an accessible and inclusive city for all of its inhabitants. This idea applies to many megacities around the globe in which the formal transportation infrastructure has not kept pace with the rapid growth of the city and the needs of its inhabitants.

What would be the impact of an increased focus on the movements of the city and movements with the city? How can this affect the infrastructure and architecture of a city such as São Paulo?

Alfredo Brillembourg & Hubert Klumpner: In the case of São Paulo, we respond to the human need and desire for movement by offering creative strategies that encourage it. After decades of development, the city’s congested ground plan has become increasingly difficult to navigate, locking Paulistanos into rigid routines based on the imperative of navigating their way between isolated points.

New transportation and interaction hubs are networked via a three dimensional system of mobility that facilitates seamless connectivity. These multi-functional, multi-scalar hubs serve as access and connection points for increased mobility and social engagement. Each hub develops organically, implementing a program relevant to the communities’ needs. Public, private, and shared mobility systems interface with these hubs: the subway, cable cars, small-scale drones, electric cars, bicycles, helicopters, and motorcycles, as well as alternative mobility typologies such as mobile workstations, markets and restaurants.

This seamless connectivity is also achieved through the addition of new strata, activating underutilized space within the urban fabric including rooftops, air space, underground, vacant buildings and ground levels. The city becomes porous, new possibilities for the utilization of space and for the new kinds of urban activity begin to emerge.

Which measures do you intend to use to break through the isolation to be seen in many districts and simultaneously ensure that people feel safe in the city?

Alfredo Brillembourg & Hubert Klumpner: In addition to the previously mentioned new hubs and strata, we also propose innovative user-customized technologies that will help residents to navigate their city, taking not only safety into account, but also considering the many other important factors that influence residents’ quality of life.

Through these innovative mobile apps, inhabitants are able to determine their optimal route for their journey based on their needs and desires in that particular moment. Moving through São Paulo is not simply about getting from point A to point B, but about the experiences and tasks accomplished along the way. The mobile apps suggest routes based on user-customized territorial reference points – indicating productive ways to move between multi-purpose hubs and across strata. The apps’ route suggestions are not simply based on speed, but on factors such as social interaction, health, livelihood, and exploration of the city.

Thus these new hubs, strata, and apps encourage chance encounter, allowing the individual and the collective to interact with each other and the urban environment in new and productive ways. New relationships are fortified and urban conditions transformed.

The philosophy of the interdisciplinary design practice Urban-Think Tank is to deliver innovative yet practical solutions utilizing the combination of skills offered by architects, civil engineers, environmental planners, landscape architects, and communication specialists. In 1993, Alfredo Brillembourg founded U-TT in Caracas, Venezuel, and Hubert Klumpner joined in 1998 as co-director. Brillembourg and Klumpner have been teachin at Columbia University since 2007 and have held the chair for Architecture and Urban Design at the Swiss Institute of Technology ETH in Zürich since July 2010. 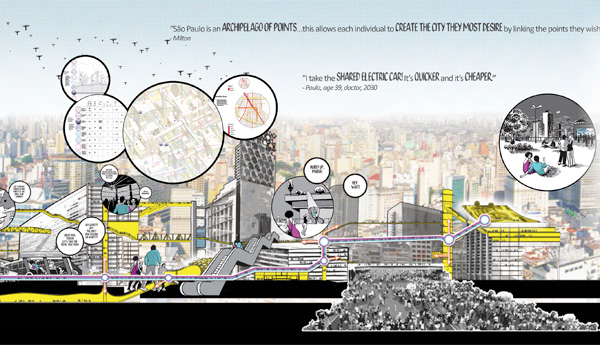 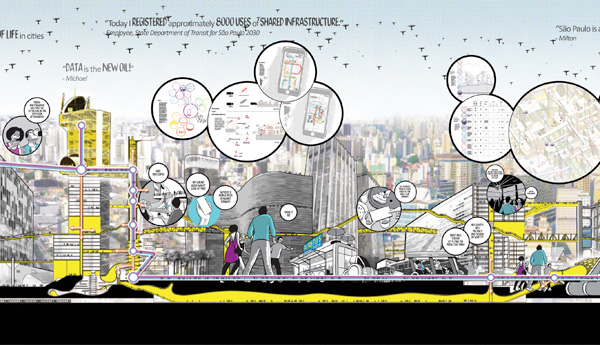 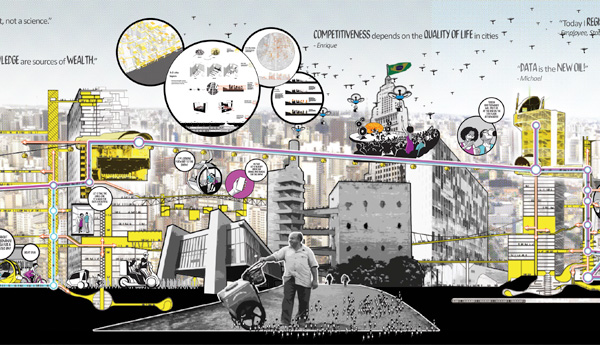 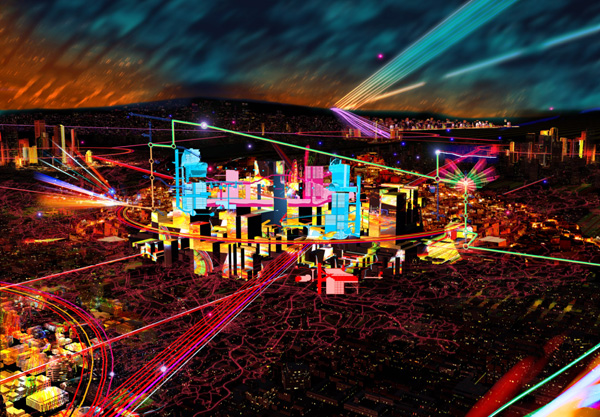