An old lean-to on the outskirts of Berlin has morphed into an attention-grabbing house for artists. A jury of experts has voted it the winner of the Velux Architecture Competition 2019.​
10/22/2019

What many do not like is often sought and cherished by artists, namely a large window looking north. If possible, studios are aligned northwards, as painters and sculptors need even brightness for their work. It is thus hardly surprising that a sculptor discovered his love for a heritage lean-to of a building on the outskirts of Berlin, with doors and windows that exclusively looked northwards. With the help of skillfully positioned new roof windows in the course of modernization work a n exemplary house for artists arose, which was awarded first prize in the Velux Architecture Competition 2019.

The 19th-century brick building is only one room deep, a pragmatic line of former workshops, stables and shelters. Together with the developer, architect Helga Blocksdorf developed a conversion concept that left the historical substance largely untouched but expanded it and dedicated it to new uses in such a way that alongside the studio premises for living were also created. Moreover, at one end of the lean-to a two-story new building with a square footprint was erected that was double as deep as the existing structure. In this way, it juts out sharply from the previous line of the frontage. The annex contains solely one large room with a gallery, used for living, cooking, and eating. Blocksdorf drew her inspiration from the kitchen-cum-dining rooms in traditional farmhouses and positioned the fireplace as a freestanding entity in the room. It thus divides the room into different zones without cutting it up.

Because in the new wing it was likewise not possible to create south-facing windows, Helga Blocksdorf had the challenge of how to best capture as much natural light as possible. For this reason, she opened it up with large floor-to-ceiling windows from the west and also used the staggered the facade in the east for an additional window. It is the Velux combination windows in the roof that form the quite literal highpoint, however; the architect terms them “zenith light”, having placed them in an almost sculptural superstructure in the middle of the shed roof. She chose the extraordinary shape of the superstructure in order to give the skylight a different angle than the roof. Because the window was to be as horizontal in alignment as possible in order to capture light emanating from all the cardinal points. The sculptural roof superstructure with the “zenith light” has another function, too: It means the gallery also has standing room where in fact the roof otherwise would drop down too low. And needless to say, the gallery benefits in particular from the additional natural source of light.

Other rooms have also been suffused in light since the conversion – by opting for Velux windows. Thus, in the new bathroom on the upper floor, additional Velux flat roof windows have been inserted, while the studio receives additional light through to Velux flat roof windows. The expansion and modernization has thus transformed the former outbuilding into a bespoke studio and residential building that perfectly takes into account the needs of its new inhabitants. The jury for the Velux Architecture Competition 2019 was also enthusiastic about the conversion concept and a few days ago voted the project winner of the year 2019. The experts praised the design of the roof windows above the gallery as a skillful “expansion to the room that first enables the extremely low area to be used meaningfully” and the whole building for its “character as something already used and simultaneously unfinished”. 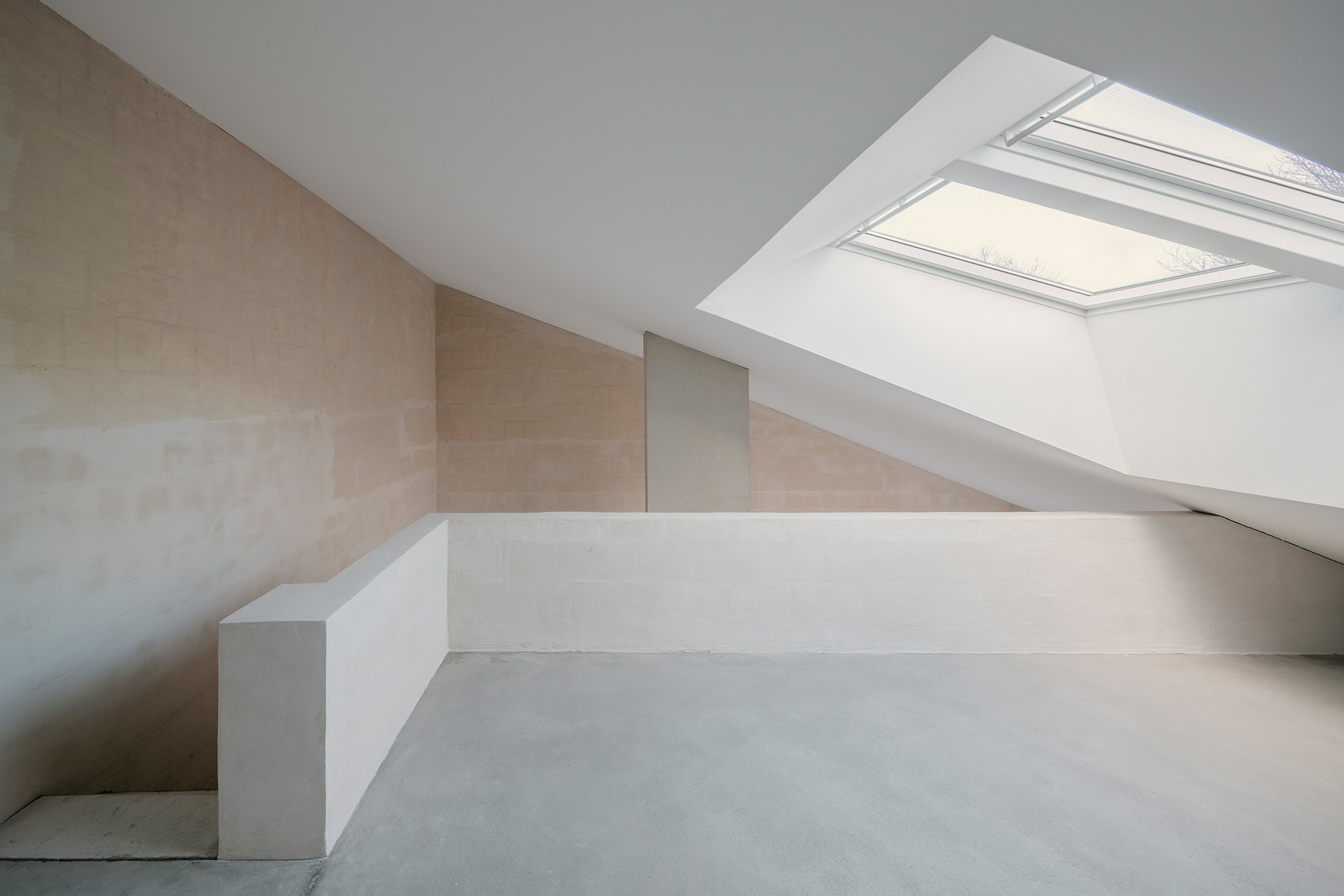 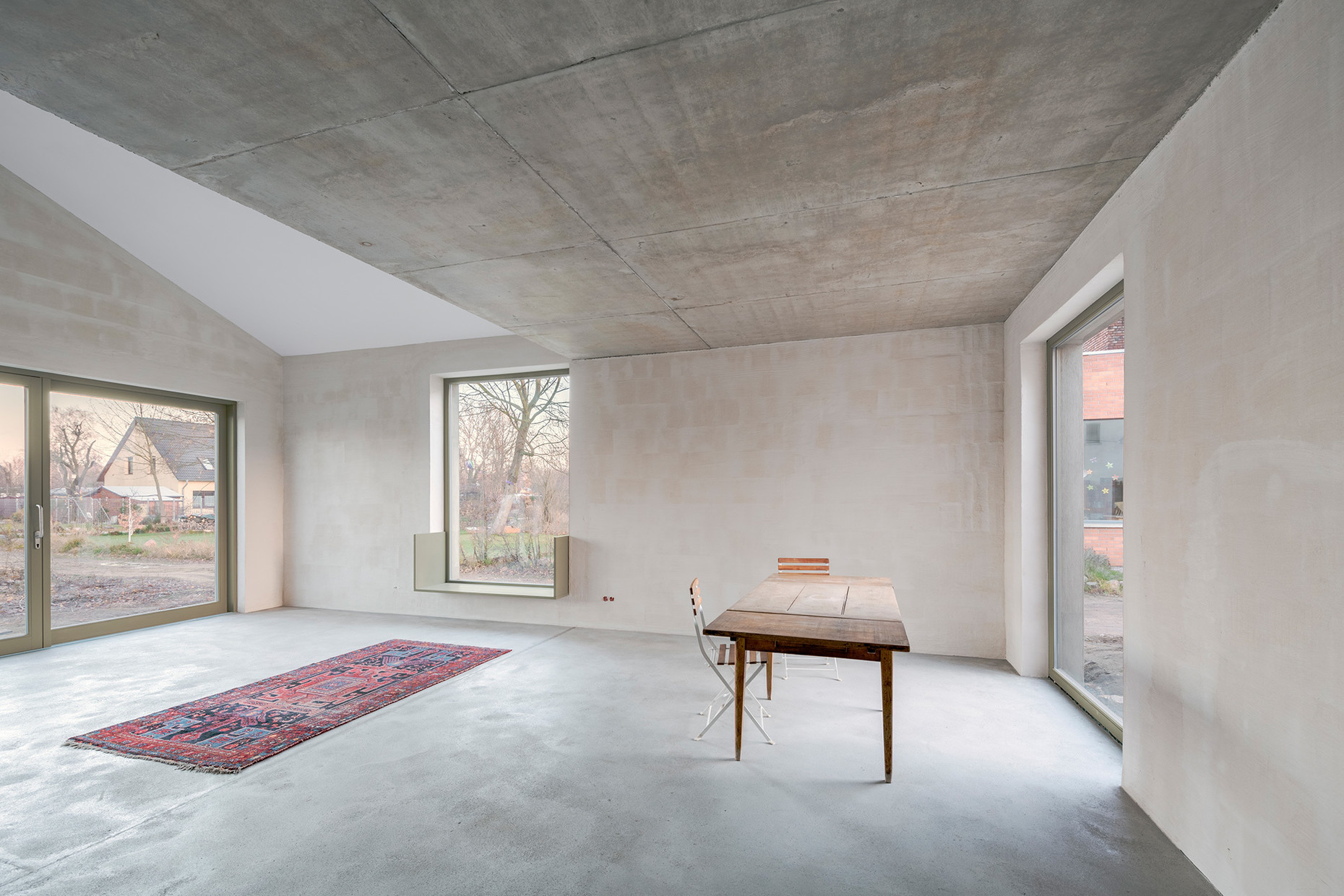 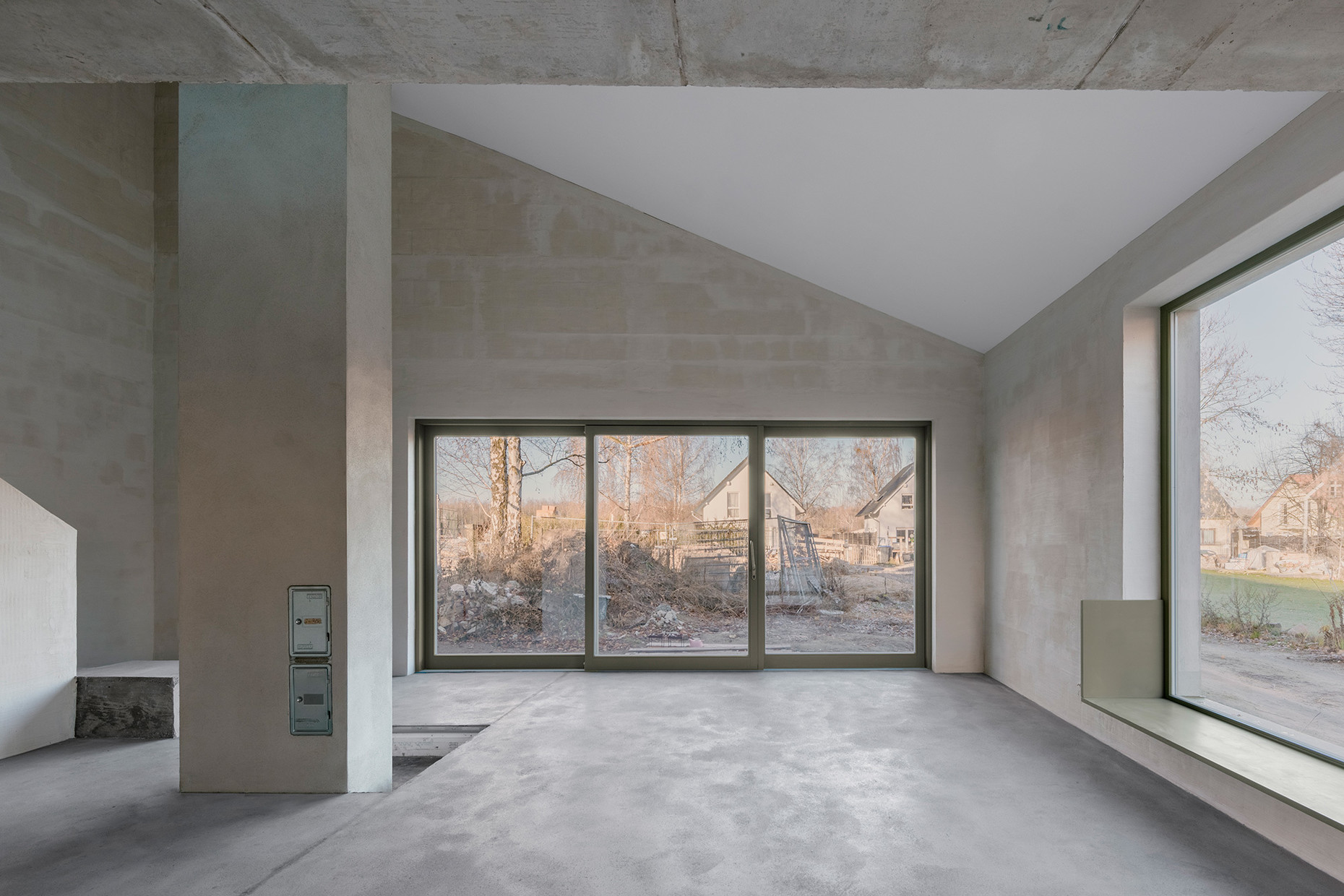 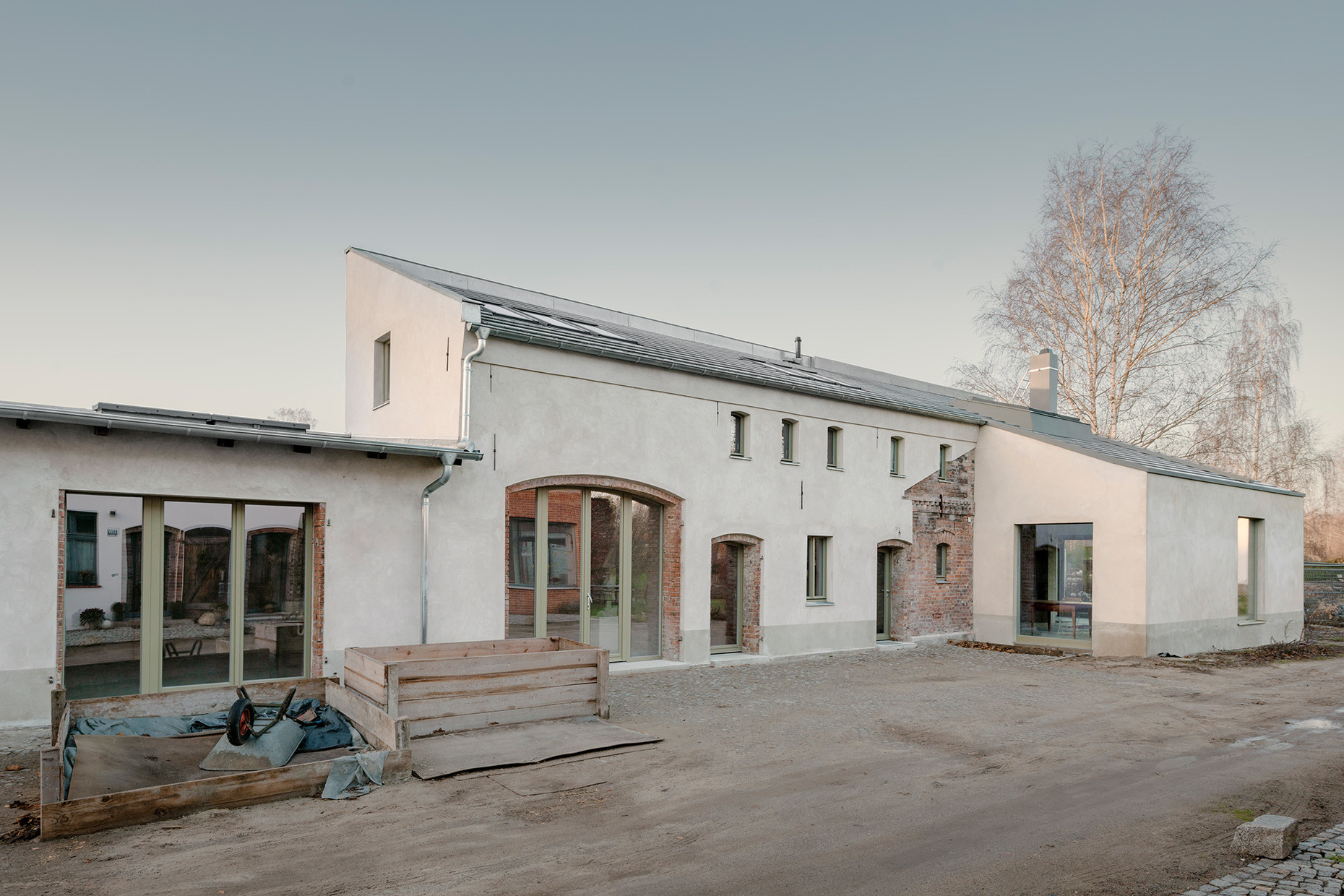 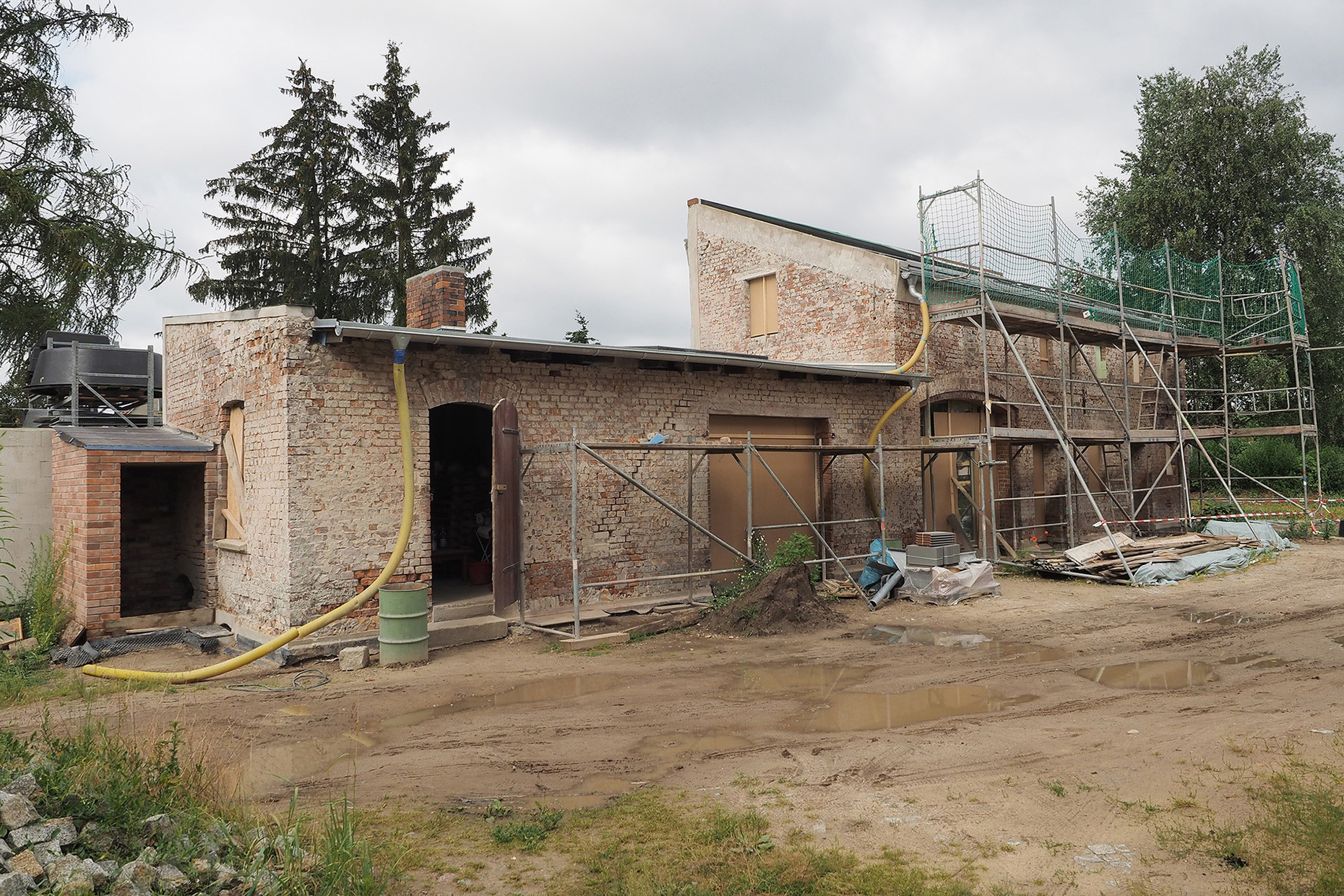 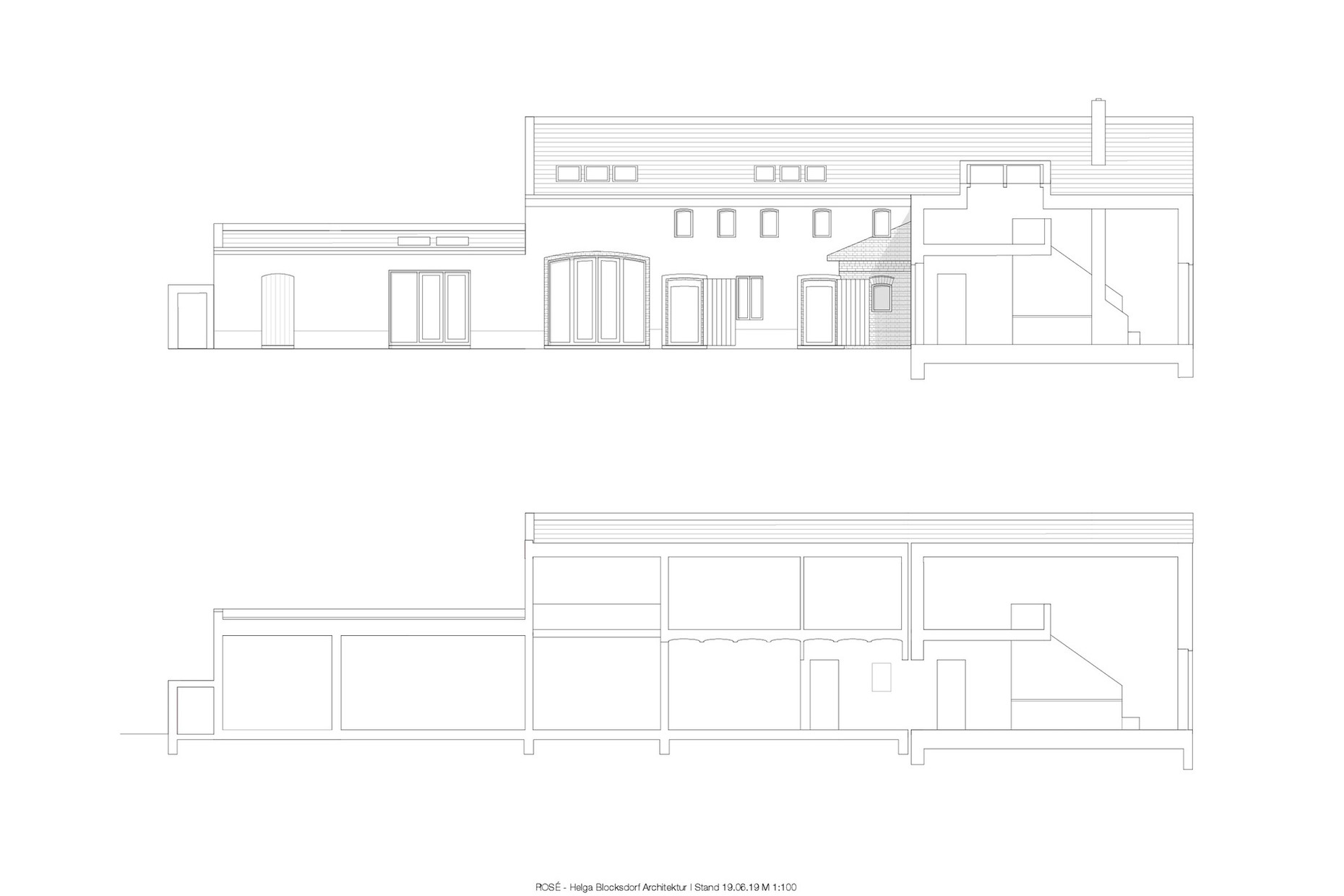 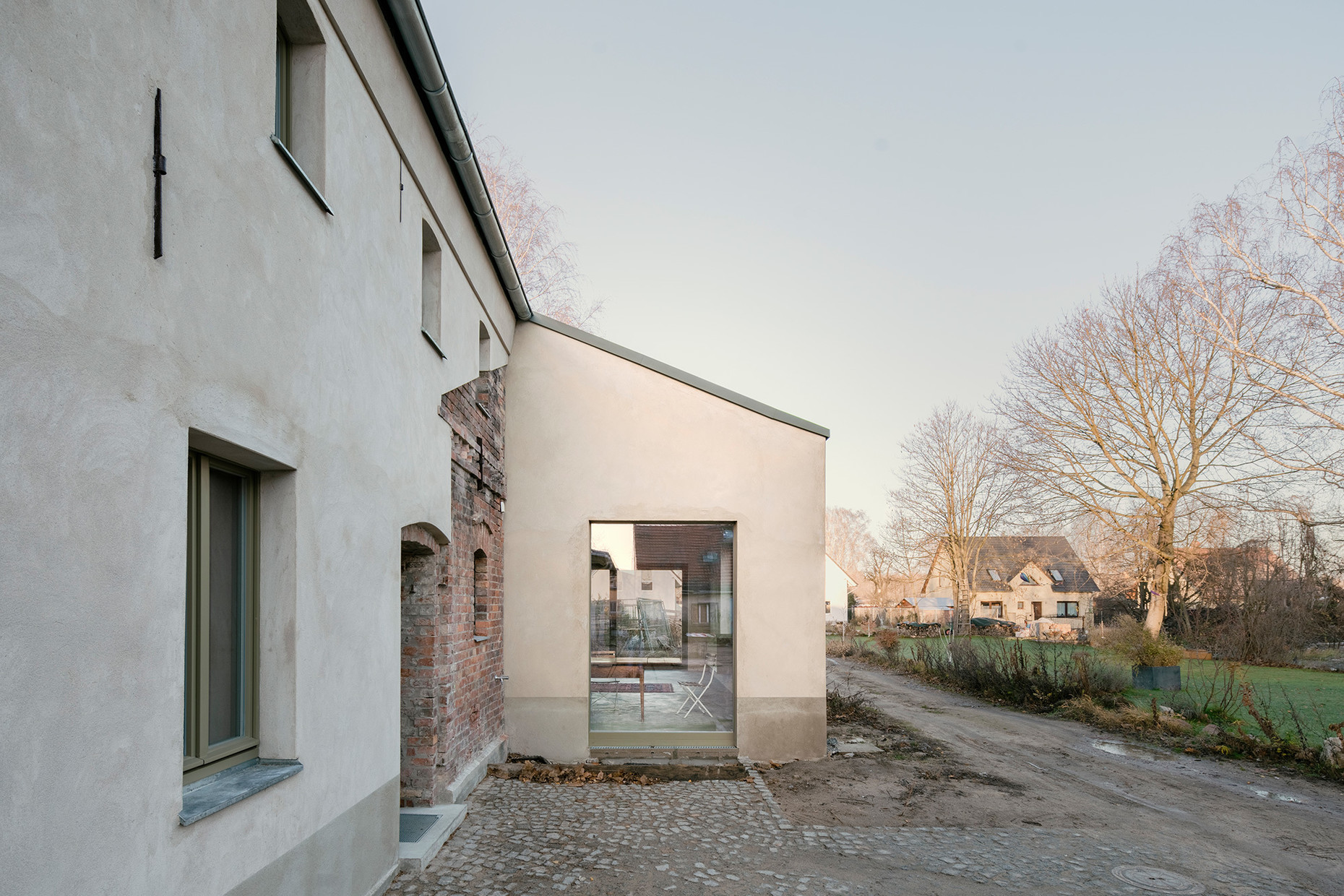 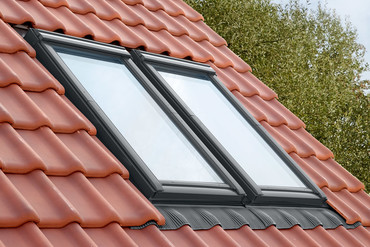 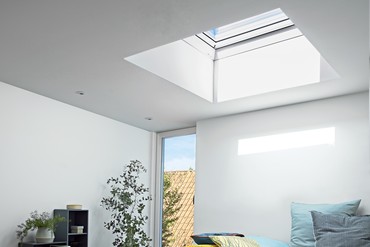