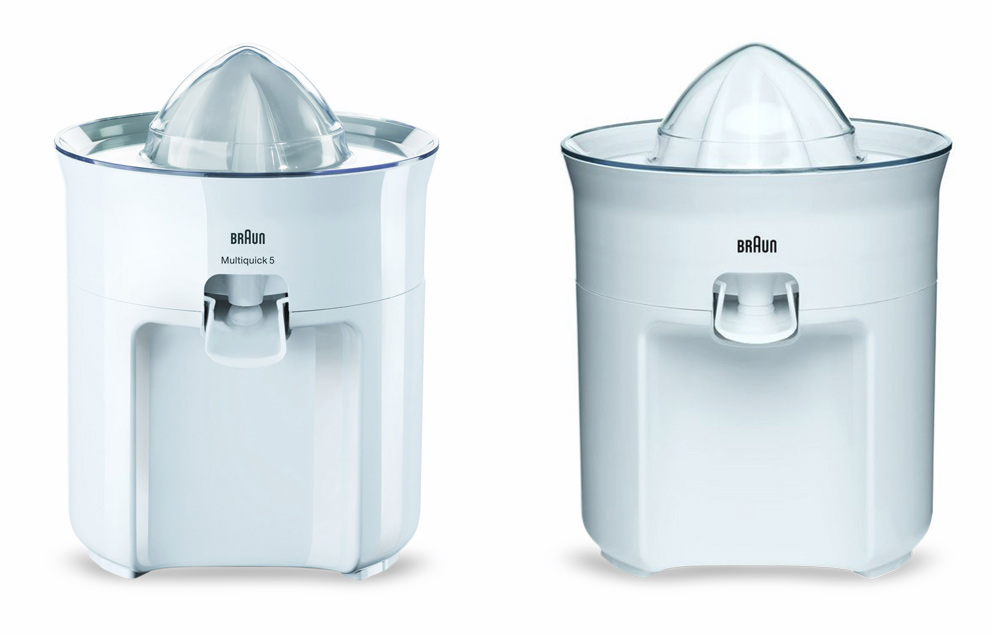 Browsing through the domestic appliances aisle of a random electronic retailer these days, you cannot help but feel horrified: Today’s overabundance of electric devices for the home stands in stark contrast to the uninspired designs on display, forcing you to avert your gaze. Think “Disaster by Design”: Some items look like they overheated from permanent overuse. Their forms, it would appear, have dissolved into molten matter. Yet what to the casual observer seems like a defect caused by inadequate application is in fact a desperate attempt to grab potential purchasers’ attention at minimum expense, economizing on good product ideas and development.

In light of the fact that today it is possible to produce goods under dubious labor conditions in the most remote corners of our planet, and ship them to the relevant markets at little cost, you no longer need a thrilling idea or a convincing concept to launch a mass-produced article. And things are cheaper still in the electronics market. Discount stores, too, have long since started including small and simple electrical appliances in their product ranges. The downside: Two thirds of all fires in private homes are caused by faulty electrical equipment; in 2012 a drugstore chain was forced to recall a hairdryer with a faulty switch, which self-activated when exposed to particular shifts in temperature. Those who took their flammable hairdryer back to the market received the full refund – a massive 8.99 euros.

Quiet assistants in the New Frankfurt

Compared to what we find on display today, Braun’s glory design days seem like a fairytale of yesteryear. Here’s the version in a nutshell: Company founder Max Braun (1890–1951), a trained engineer, opened his workshop making apparatuses in Frankfurt in 1921. To begin with, he made components for radio receivers, later he combined radios and record players in a single housing. 1928 witnessed the construction of the first Braun factory on the fringe of Frankfurt’s Hellerhof estate, which was part of the “New Frankfurt” affordable housing scheme. As a consequence, modern urban development and production started to progress hand in hand. Spurred by the success of his products, Max Braun expanded operations to Belgium and the UK as early as the beginning of the 1930s. Following the inventor’s sudden death in 1951, his sons Artur (1925–2013) and Erwin Braun (1921–1992) decided to abandon their own careers and instead take over at the helm of the company.

While Artur was considered an engineer and organizational whizzkid, Erwin was a salesman and holistic visionary. Erwin Braun hired Fritz Eichler, a theater man and art historian, as the company’s “aesthetic conscience”. His first efforts scouting for a designer brought him across Wilhelm Wagenfeld, whose lecture on the possible collaboration between designers and entrepreneurs provided new impetus in 1954. In 1955 Braun’s functionally designed, cutting-edge radios made an international splash, prompting the systematic renewal of kitchen appliances. Dieter Rams, originally appointed as an architect, was soon appointed head of the burgeoning design department. Later Erwin Braun formulated the philosophy thus: “Our electrical appliances are meant to be unobtrusive, quiet assistants and servants. Ideally, they should be invisible, just like good servants in the past. You didn’t notice their presence.”

Returning to 2014 department stores, you will be hard pressed to believe that such products did actually once exist. Today’s offerings show at best remnants of functional design, a coherent design is nowhere discernible. When Dieter Rams retired in the mid-1990s, Braun turned its back on the concept of quiet assistants. Company management and designers – some of them the selfsame people who had created such outstanding functional designs under Dieter Rams – now prioritized eye-catching frills and free forms over evolutionary advancements moving forward.

No longer a role model

People in Kronberg rubbed their eyes in amazement when none other than Apple’s chief designer Jonathan Ive confessed that Dieter Rams was his role model. And when it transpired that in working with designers (with Hartmut Esslinger in 1982 and with Jonathan Ive as of 1996), entrepreneur Steve Jobs had sought to emulate the kind of consistency that had long since been lost at Braun. Today the company, which once served as a role model for others, is a tripartite division not unlike Gaul during Caesar’s reign. Braun GmbH in Kronberg, just north of Frankfurt, which now belongs to the Procter & Gamble group, forms the heart of the company. Its key domains are male shaving equipment, hair removal, and hair care. As a licensor Braun has sold its trademark rights for kitchen appliances and small household equipment to De'Longhi Appliances S.r.l. This section is now headquartered south of Frankfurt in Neu-Isenburg and makes devices that aid the preparation of food and in particular breakfasts, with a special focus on juicers and stick blenders. Irons, too, are part of the De’Longhi portfolio under the Braun label. While the trademark rights for wristwatches, alarm clocks and calculators are held by Zeon Ltd. in London, a company that also features fashion watches, comic figures and toy robots in its range. At first glance the alarm clocks and watches (once chiefly designed by Dietrich Lubs, who had an extraordinary love for detail) look just like their siblings made between the 1970s and 1990s. Sadly, their quality, once the chief deciding factor at Braun, falls way short of the originals.

The element linking the trademark owners and the two licensees is Braun Chief of Design Oliver Grabes, who is responsible for all three brands along with his team. Some of the Braun design team work directly at De’Longhi Deutschland in Neu-Isenburg. Today nobody would expect from Braun those “unobtrusive quiet assistants and servants” that Erwin Braun propagated a long time ago. Which is why the “Tribute Collection”, initially just a handful of new products jointly launched by Braun/De’Longhi, is all the more surprising – they look just like they’ve made a direct leap from those glorious heydays at Braun. Regrettably, this is (almost) true for only two of them. “citromatic” is an electric citrus juicer and was first devised in 1972, after Braun acquired the Spanish company Pimer and started to produce new equipment at the latter’s Barcelona location. The product, also known as “MPZ 2” is the joint brainchild of Dieter Rams and Jürgen Greubel. Intended specifically for the Spanish market, it soon became a longseller on a whole host of markets. Only the product graphics and the Braun logo have undergone a makeover for the new product, meaning it’s not exactly a remake we are talking about here.

The compact juicer, designed by Hartwig Kahlcke in 1988, once traded under the name of “Multipress” or “MP 80”; now it’s back celebrating a resurrection in pure white. Then there’s the tabletop blender which today goes by the name of “JB 3060” and looks from afar like it drew inspiration from one of its predecessors, the “Multimix MX 32”, dreamed up by Gerd Alfred Müller in 1962. It’s perfect for making shakes, the drink that glammed up countless 1960s parties. More than 1.4 million “MX 32’s” were produced between 1962 and 1996. As it is, the re-edition is merely a visually enhanced version of the “MX 2050”, a brashly-styled concoction complete with in-your-face product graphics, produced in 2001 by Ludwig Littmann and Misae Shiba. Indeed, the “K 650” (Littmann 1996) and the “K 700” – both of them food processors – have been rejuvenated with the help of shiny new buttons. But let’s face it: A “Tribute Collection” that acts like it takes pride of place in the latest Manufactum catalog (“Celebrate the comeback of the reliable kitchen aids featuring the classic Braun design!”) is neither plausible nor feasible.

Admittedly, it’s not so easy for De’Longhi to come up with swift improvements to the items on the extensive backlist which, while being technically sound and selling reasonably well need a serious makeover when it comes to their look-and-feel. Unfortunately, the Braun designers responsible for household appliances failed to glance in their rearview mirror and take a look back at the allegedly good old days. Instead, they simply created things for the present, using present means. Which is precisely why the “Tribute Collection” does not work. (This is the answer to a question nobody has asked.) Having decided to embark on this route, however, it would have made sense to browse the company’s own archives for genuinely seminal designs. Take the “KM 3” masterminded by Gerd A. Müller in 1957, for example – the sculptural food processor is regarded as a veritable icon among collectors. Or Florian Seiffert’s “KF 20” coffee machine from 1972, a must-have in any Braun collection. The same applies to the toasters “HT 1” and “HT 2” by Reinhold Weiss, who was instrumental in shaping the design of home appliances between 1959 and 1967. It was toasters, toothbrushes and the combination barbecue grill and not razors or stereo systems that inspired Richard Hamilton when he did his Braun pieces. The products designed by Dieter Rams, so the famous Pop artist once confessed, had captured a place in his heart and become dear to him, “similar to the effect that the Sainte Victoire had on Cezanne.”

So what could a contemporary design look like that can successfully compete with such benchmark products of yore? My guess is that it would require a marriage between designers with a decent amount of courage and self-confidence and entrepreneurs who are willing to look beyond simple sales figures. Do such beings actually exist? And if so, where to start? How should they produce and market their products? For as long as those questions remain unanswered, the unsightly concoctions lining the shelves of electrical appliances stores are here to stay. 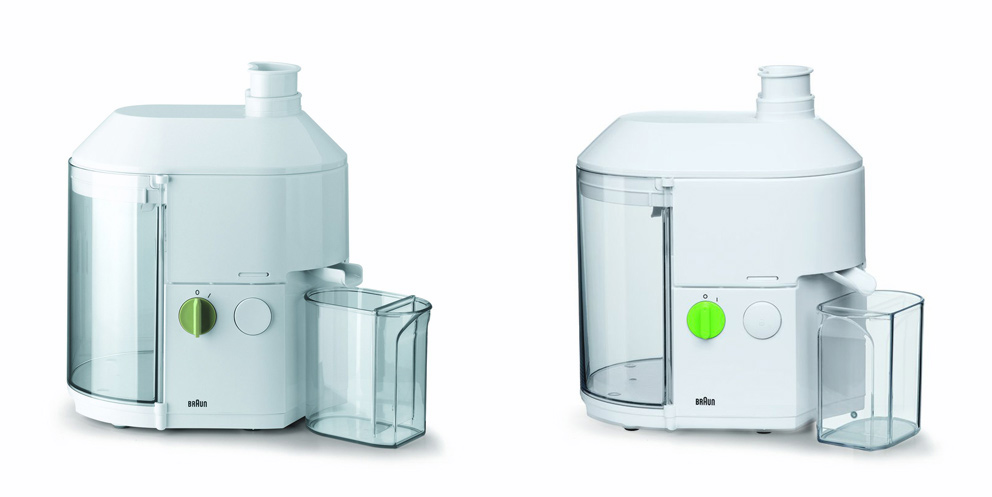 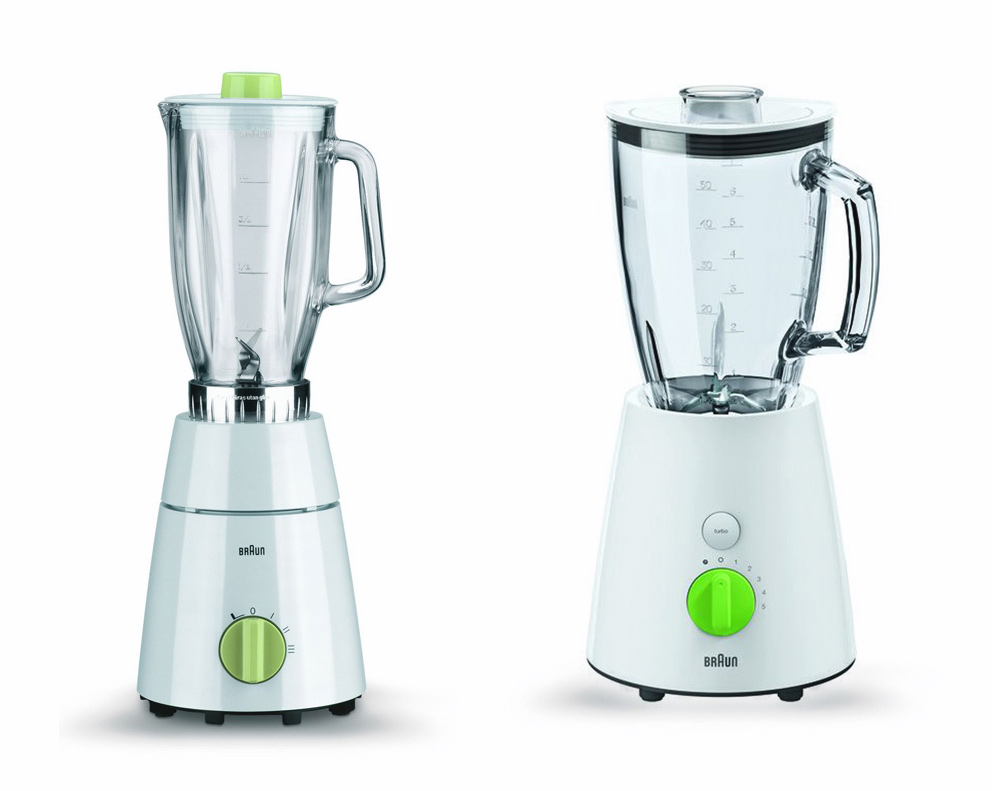 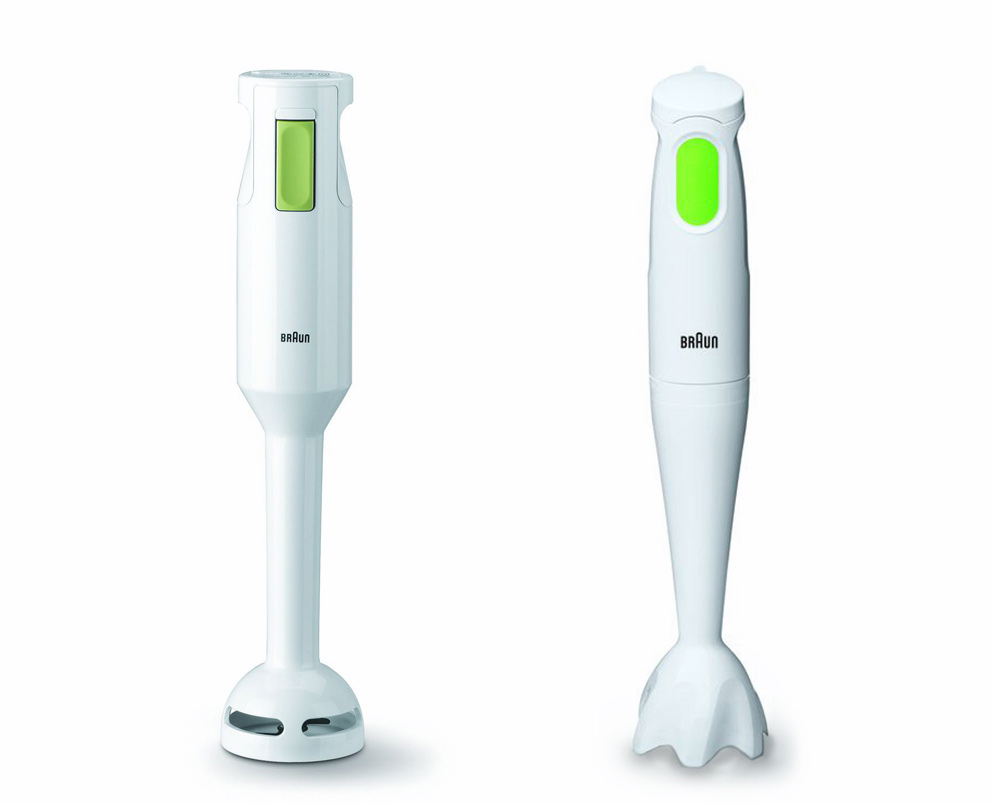 The juicer "MPZ 7" together with their relaunch "CJ 3000", which comes a little stockier. Photo © Braun 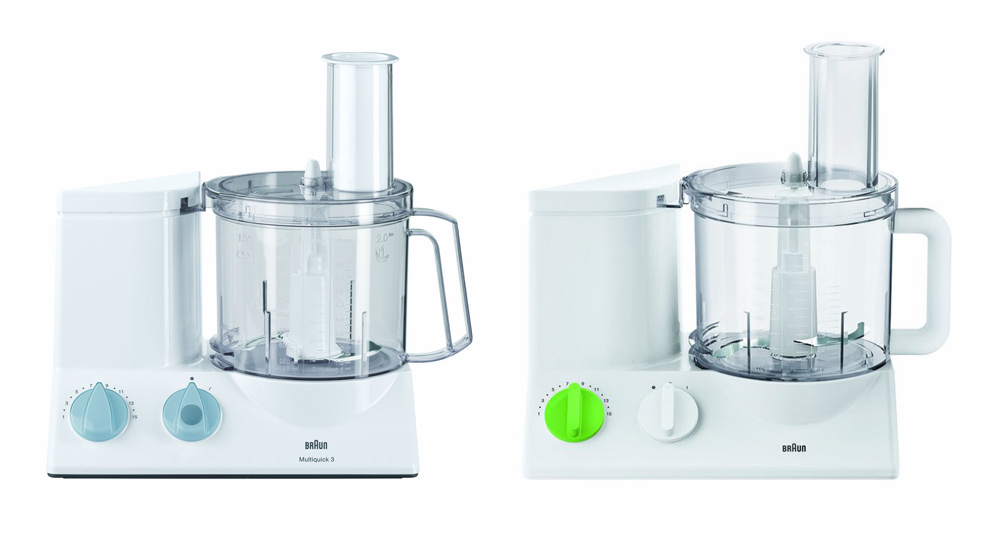 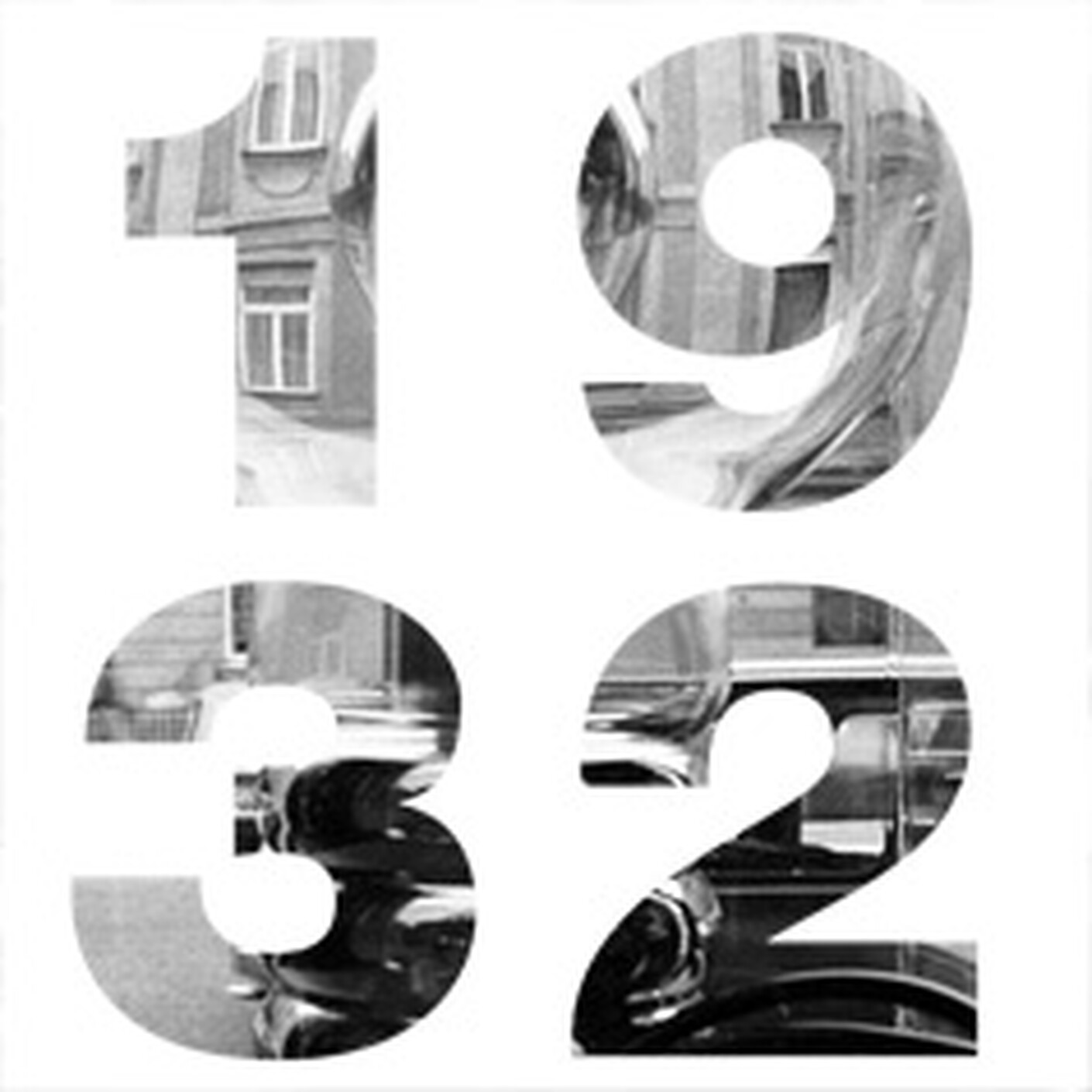 Ingo Maurer, Enzo Mari, Eero Aarnio – they all belong to a group of designers who were born in 1932 and by tenaciously advancing their own ideas have succeeded in creating sensational works. A consideration of the 1932 designers. 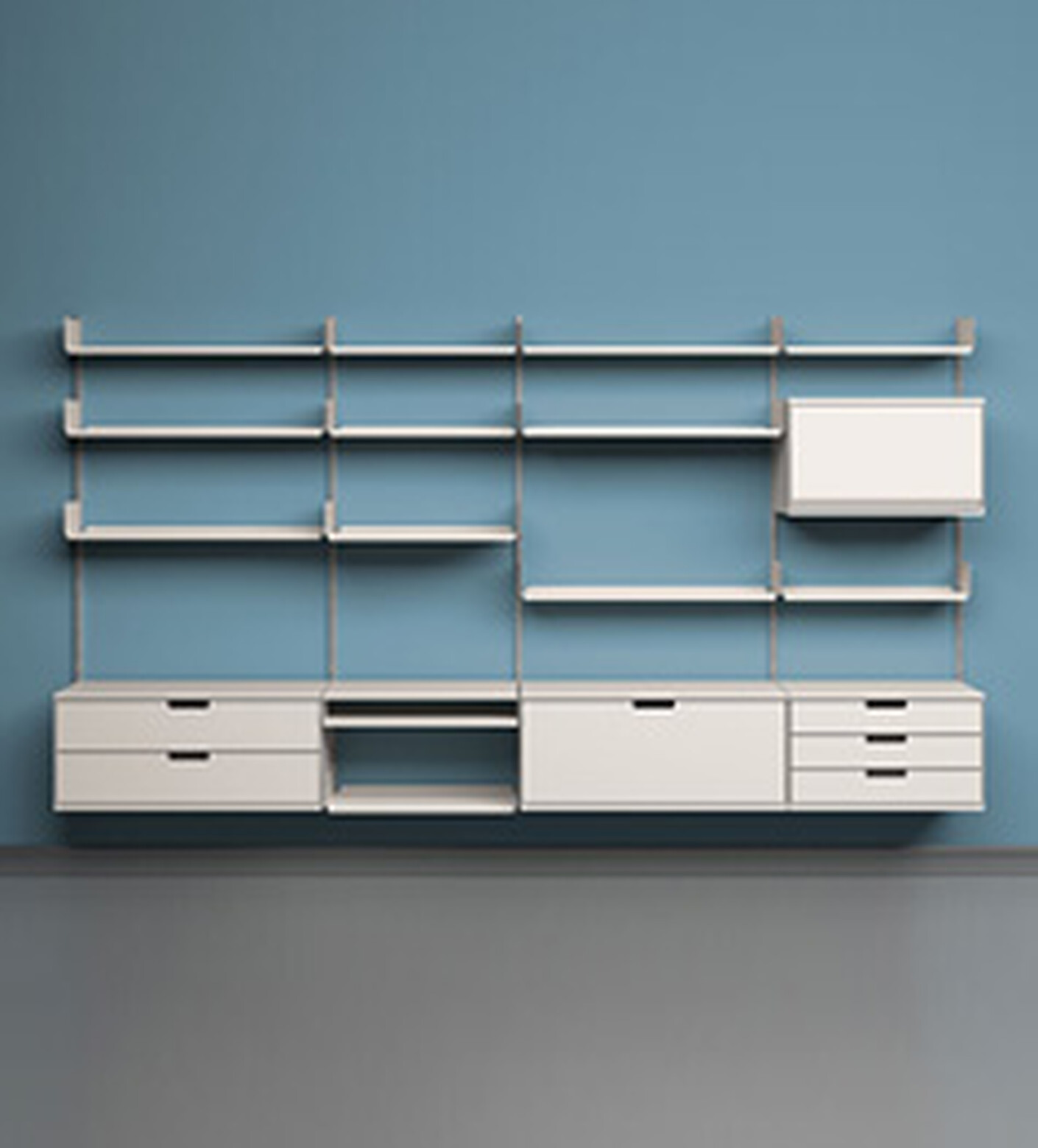 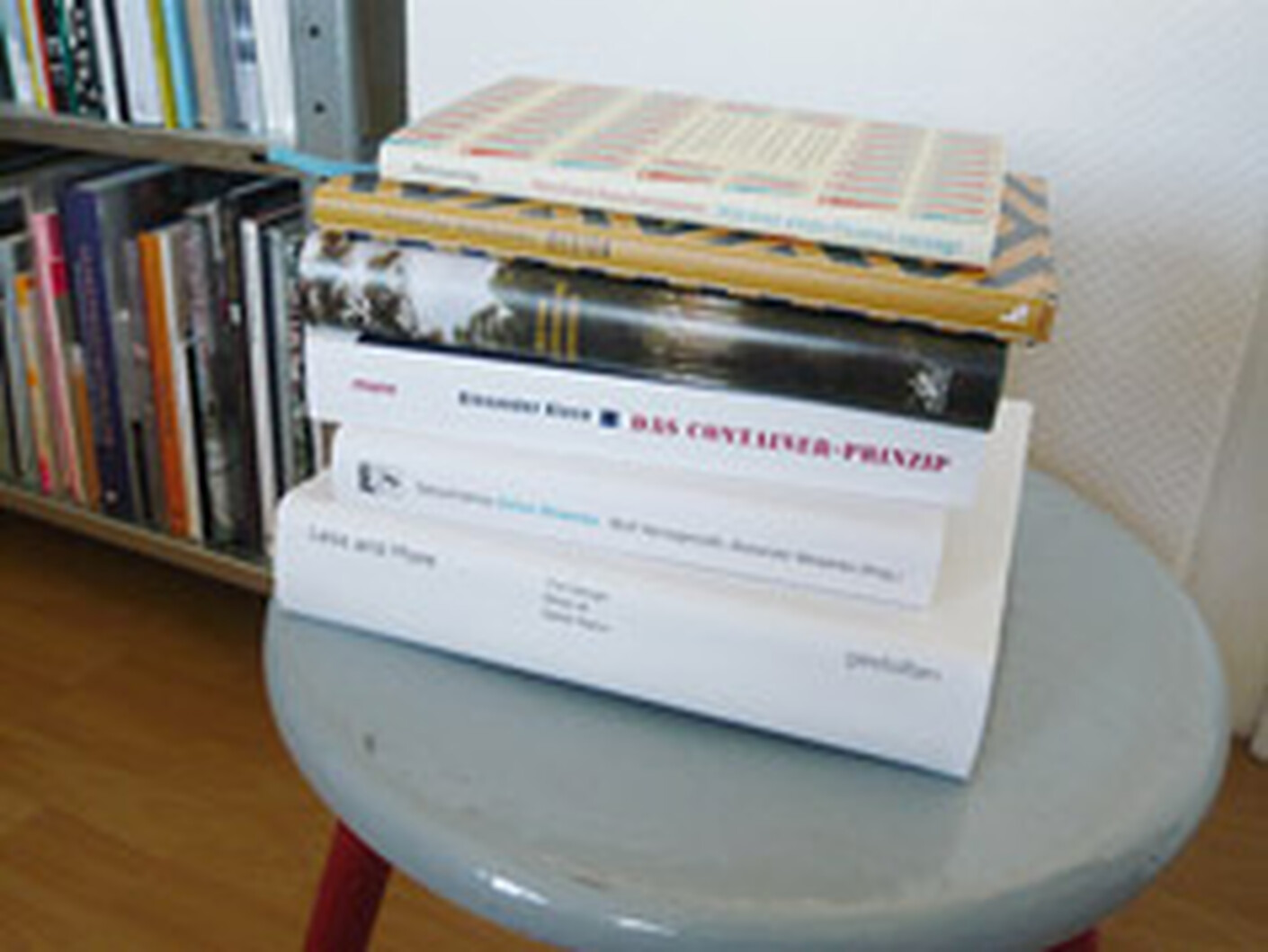 However promising the read may seem to be, there are always more interesting books than time to read them. Meaning that the stack of books and with it your bad conscience grow and you end up staring failure in the face. The tool of last resort: Clear the stack before the Frankfurt Book Fair opens its doors again.
Advertisement