IMM Cologne 2017
Fitted out or fitted in?

Head now – for Cologne. From January 16-22, it’s imm cologne time again – and there’s a lot to discover round and about the city, too. Not just for the man without qualities. Here’re the most important items.
by Thomas Wagner | 1/9/2017

It’s not always so easy to fit oneself out. Ulrich, Robert Musil’s “Man without qualities” is said to have “fitted out his house in the Biblical sense”, to “have made an experience for which he had essentially always been waiting. He had put himself in the pleasant position of having to renovate this neglected little property of his entirely to his own taste, and from scratch. He had all principles at his disposal, from that of a stylistically pure restoration to that of complete recklessness; and all styles, likewise, offered themselves to his mind, from the Assyrian to Cubism. What was he to choose?”

As regards his wish to set his house in order, Ulrich faced all manner of challenges posed by architects and the reformers of interior design, but since his “little chateau” already possessed “three styles superimposed on each other” “one really could not do with it everything that was insisted on”. Nevertheless, Ulrich “felt himself mightily stirred by the responsibility of getting a house ready to live in, and over his head hung the menacing proverb: ‘Tell me what your house is like and I’ll tell you who you are,” which he had often read in art journals. After “intensive study of these journals he came to the conclusion that he preferred, after all, to take the architectural completion of his personality into his own hands, and he began designing his future furniture himself. But whenever he had just thought out a shape that was solid and impressive, it occurred to him that one could just as easily put a slim, strong, technically functional form in its place; and whenever he designed a reinforced concrete shape looking as though it were emaciated by its own strength, he would recall the thin, vernal lines of a thirteen-year-old girl and sink into reverie instead of making up his mind.”

Isn’t it marvelous! If Ulrich had gone to a furniture or interior design fair, he would probably have fared pretty much the same way, as the sheer range of things from which he would have felt he had to choose would have left him as hard-pressed as the threat from the art journals which since that time seem to have been forever repeated by the marketing specialists. The ends of the skeins of technology and aesthetics suspended loosely between the two extremes are not easy to grasp today, either, and cannot be tied together that straightforwardly. That said, long gone are the days when someone like Ulrich’s girlfriend Bonadea was able to utter the words “the true, the good, and the beautiful as often and as naturally as someone else might say Thursday.”

To put all speculation aside, let’s just say: imm cologne.

After all, trade fairs are well-justified events especially in an age whose main characteristic compares with an array of commodities. Essentially, they are elaborate market places and in this regard are very much like large weekly markets. Booths get rented out where goods (fresh or well conserved) are put on display, their qualities praised and explained by producers and vendors alike, are inspected and compared by potential clients – who, or so the booth operators hope, then place orders for them. Information gets swapped, new links forged, existing contacts nurtured, such that collectively and individually a picture arises of the current state of the market. There has been a furniture trade fair in Cologne since 1929, one year later as a specialty trade fair for furniture and furnishings. Since 1983 it has been the International Furniture Fair, which was in 2003 brand-named the imm cologne – an annual event in the Cologne traed-fair calendar.

As regards the structure of the imm cologne, this year little is different, as the organizers saw no reason to make major changes to a winning concept.

- Pure in Halls 10.1 and 11 continues to be the heading for that part of the trade fair devoted explicitly to design and it brings together a broad group of key manufacturers and design brands.

- Pure Editions in the Halls 2.2 and 3.2 is destined to present the publishers of visionary furniture and interior-design concepts in an open trade-fair setting, creating a stage for design presentations that blaze the trail. Here, old hands in the trade will mingle with young independent designs and design studios, and here you’ll also find the special shows: The Featured Editions curated by Stylepark and Köln Messe: selected installations created specially by designers or architects for the exhibitors – (see our preview on Jan. 2, 2017) not to mention Das Haus – Interiors on Stage and the lecture format The Stage.

For Das Haus, which consists of a simulated residential house slap bang in the middle of Pure Editions Hall 2.2, this year imm cologne persuaded US designer Todd Bracher to be the Guest of Honor. Only a little less ambitious than Ulrich, Bracher believes the house is “is an elementary synthesis of needs and functions that is very precisely directed toward supporting the people who live inside it in their daily lives and their growth.” He therefore announces that “we want to question our conception of what makes contemporary living by rethinking the principles that define the home and asking ourselves if they meet the requirements of the world today.”

In an age where it has become customary to focus all one’s ambitions on the future, young design just had to be included, too:

- Pure Studios, likewise in Hall 2.2, meaning in the midst of the established design brand names, also seeks to present different ways in which young design gets organized, developed and marketed today.

- Pure Talents in Hall 3.1 by contrast is specifically meant as a forum for experimental design, where young, international new talents can display their ideas and prototypes from the fields of product design, interior architecture and architecture – in the framework of college presentations and/or as part of the imm-cologne-hosted Pure Talents Contest.

As always, there are the other four key formats, too: Comfort, Prime, Sleep and Smart.

And last but not least renowned kitchen-makers this year have booths at the Living Kitchen in Halls 4.1, 4.2 and 5.2 where parallel to the imm they are presenting their latest models and achievements, be it kitchen furniture, kitchen appliances, sinks, kitchen mixers, refined worktops and any number of different accessories.

The best way to start is to take a leisurely approach and head on Sunday for the Design Post.

There you’ll invariably not only meet great people, but can relax
while perusing the displays of more than 30 renowned collections by
great manufacturers such as Agape, Arper, Buschfeld, Danskina, Ingo
Maurer, Kinnasand, Kvadrat, Magis, Moroso and Zeitraum.

If, come Monday afternoon, you feel you’ve already worn your shoes
through walking round the fair complex, then simply enjoy viewing the
Full House exhibition by Stefan Diez at the MAKK. It will most
certainly, so much can already be said (see our “Making of”), be one of
the highlights in Cologne, and not just for th duration of the trade
fair.

This year, Alessandro Mendini (born 1931) was nominated the
A&W-Designer of the Year. Mendini is a designer, writer (among other
things, he was editor-in-chief of Domus magazine) and architect and
considered one of the foremost champions of post-modernism. In his
oeuvre he has consistently countered any rigid functionality with
emotionality, zestful colors, irony and an appeal to the senses – one
marvelous example being his “Poltrona di Proust” armchair, painted in a
Pointillist vein. For the first time, the Designer of the Year will not
be presented in an exhibition but in the form of an exclusive A&W
special boxed edition in an XXL format – designed by Mendini of course.

As part of the Passagen 2017 aka Interior Design Week Cologne there
will this year again be a mass of other events, exhibitions and staged
presentations.

Here’s a selection of events you shouldn’t miss:

Originally founded in 1919, luminaire brand Midgard has been brought
back to life and is celebrating its relaunch at the flagship store of
cosmetics brand Aesop. The focus will be on the mechanical luminaire
from Bauhaus days – it’s modular in configuration. On show will also be
an installation of old Midgard mechanical luminaires.

This is where you’ll find the avant-garde of yesteryear and the
Superstudio architecture group, founded back in 1966 in Florence.
Together with Adolfo Natalini and Poltronova, the UAA is presenting a
selection of furniture items, design objects and designs by the
visionary architects’ group – it celebrated its 50th anniversary last
year with an extensive exhibition at the MAXXI in Rome.

Molteni &C has collaborated with the Italian Cultural Institute
in Cologne to present the film “Amare Gio Ponti”, directed by Francesca
Molteni. The film is a trip through the historical material, images from
the archives of Gio Ponti, RAI and many other sources, too. The “Vivere
alla Ponti” exhibition will be on show during the same period.

New Tendency: Meiré und Meiré Factory
Meiré und Meiré present New Tendency novelties at the Factory. On show will be the “Masa” and “Masa Bench” series as well as “Atlas” in new, super-matt sand and earthen tones. As part of the new “Black Label” premium line, Mike Meiré’s re-interpretation of the “December Edition” luminaire will also be on display.

The boys are slowly coming of age: Cologne designer studio Kaschkasch
is turning five! Reason enough for Florian Kallus and Sebastian
Schneider to say choose the form of an exhibition to say thanks to their
business partners, celebrate the event with all their companions, and
present their work to new design buffs – and of course tell many of the
stories behind the products.

At Kölnischer Kunstverein the German Design Council will be
presenting the winners of the Iconic Awards 2017: Interior Innovation.
The selection was made by an extremely expert jury from more than 400
international entries and consists of 29 Best-of-Best and 49 Winners.

Otherwise, all else is pretty much the way it is every year: A mass
of design on display in the showrooms and flagship stores, sometimes
with, sometimes without the designers – from carpets and blinds to
luminaires and kitchen architecture.

It bears remarking, in conclusion, as regards Ulrich, the man without
qualities that “man must first of all be hedged in by prejudices,
traditions, difficulties and limitations of every kind, like a lunatic
in his strait-jacket, and only then will whatever it is he is capable of
bringing forth perhaps have some value, solidity and permanence.
Indeed, it is hard to see all the implications inherent in this idea!”

Perhaps Ulrich let himself be shaped by the external circumstances of
life itself” and at this point “in his reflections he simply abandoned
the fitting up of his house to the genius of his tradespeople, confident
that they would provide all that was wanted in the way of tradition
prejudices and limitations. He himself only touched up the old outlines
that remained from earlier times, the dark antlars under the white
vaultings of the little hall, or the formal ceiling in the drawing-room
and added, besides, everything else that seemed to him useful and
convenient. When it was all finished he was entitled to shake his head
and wonder: Is this, then, the life that is to be my own?”

Looking forward to seeing you in Cologne! 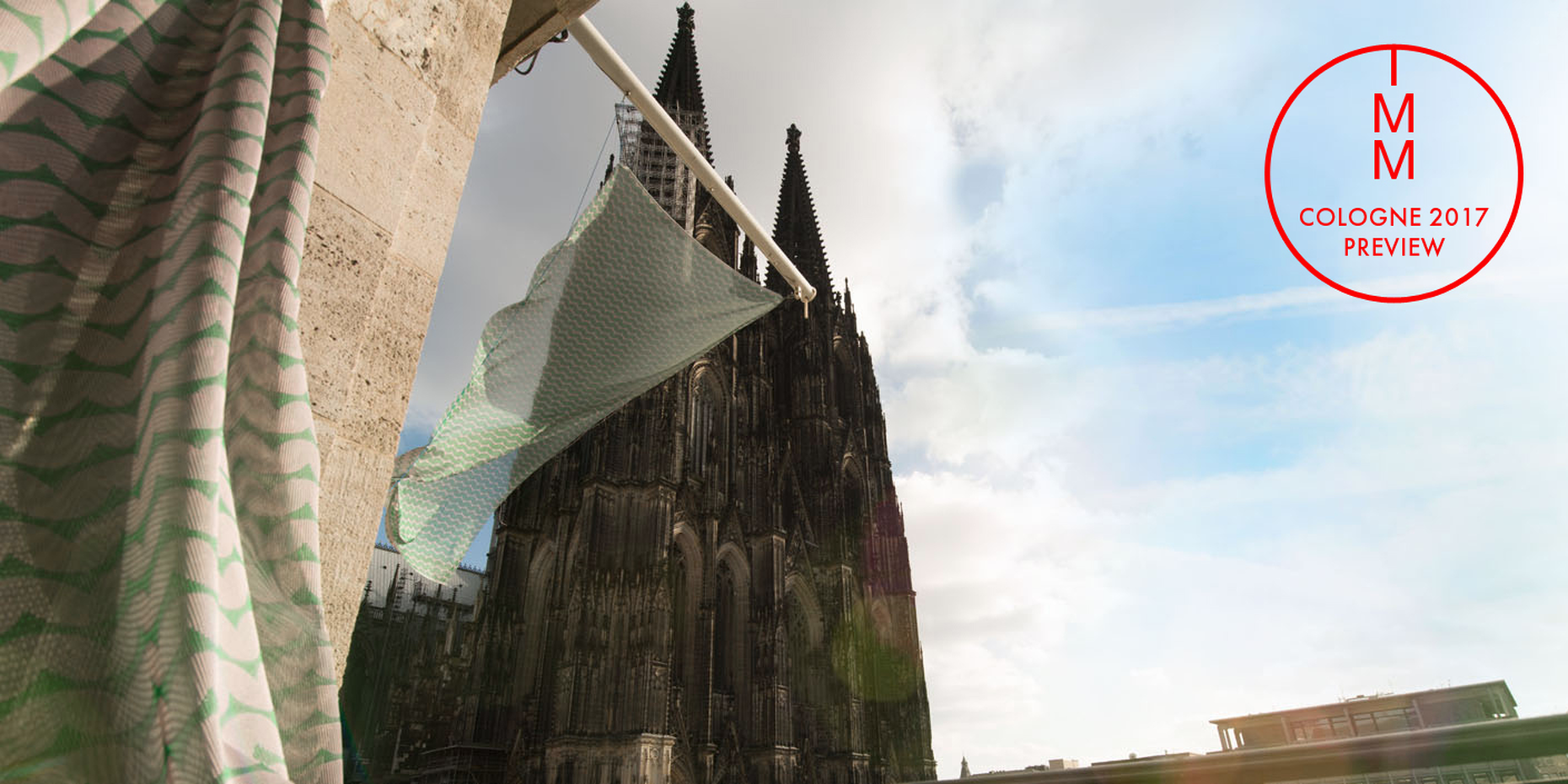 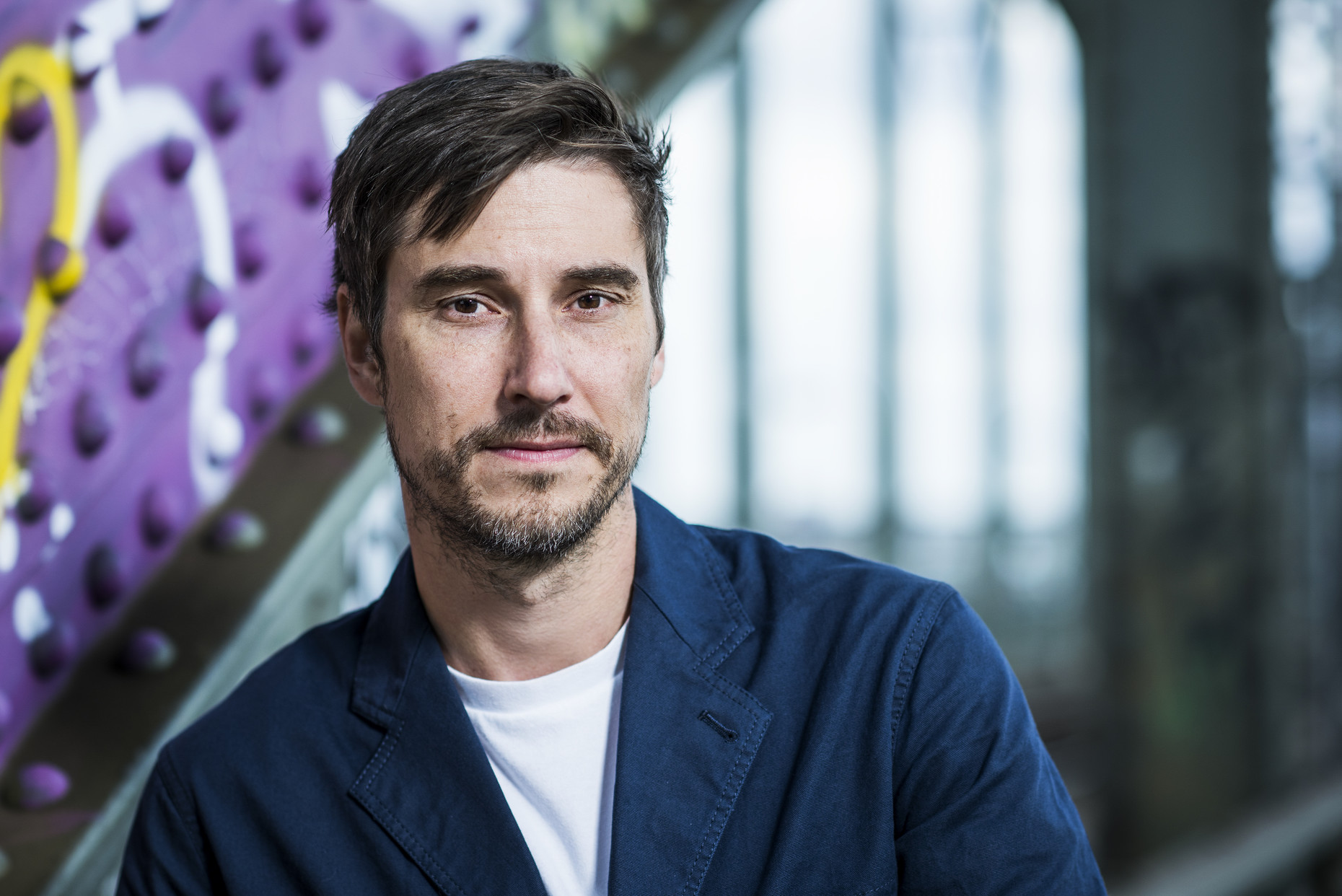 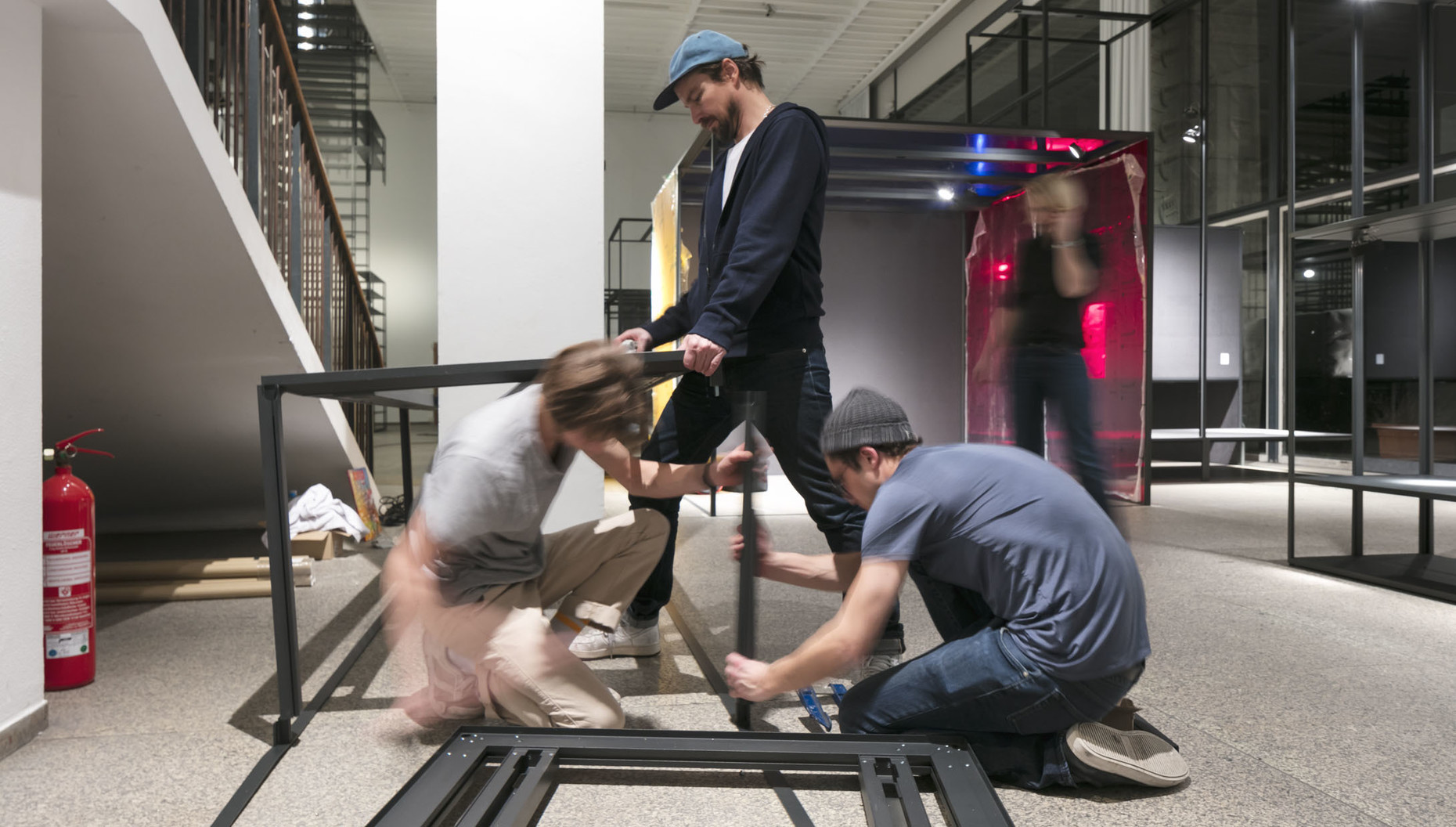 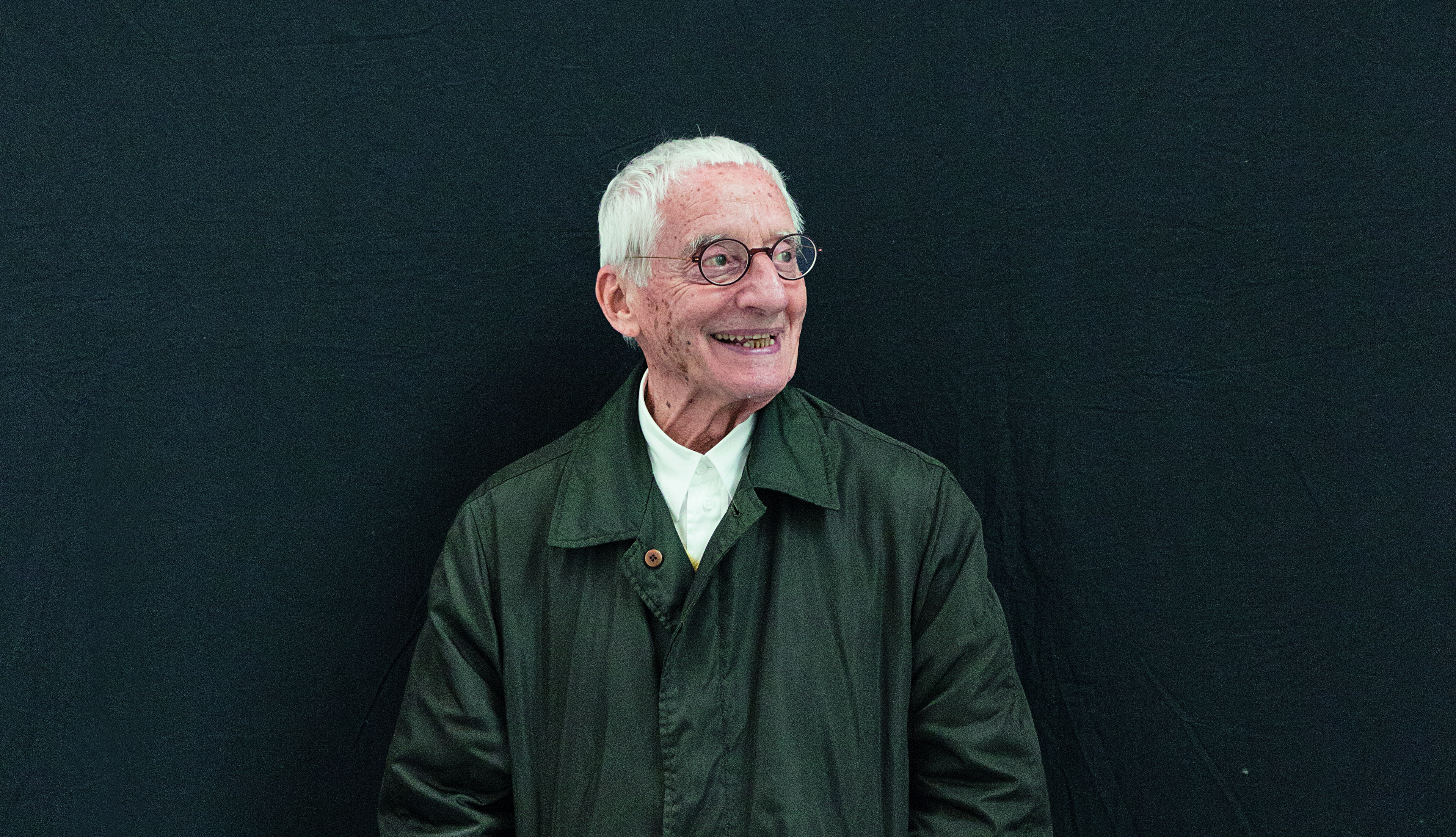 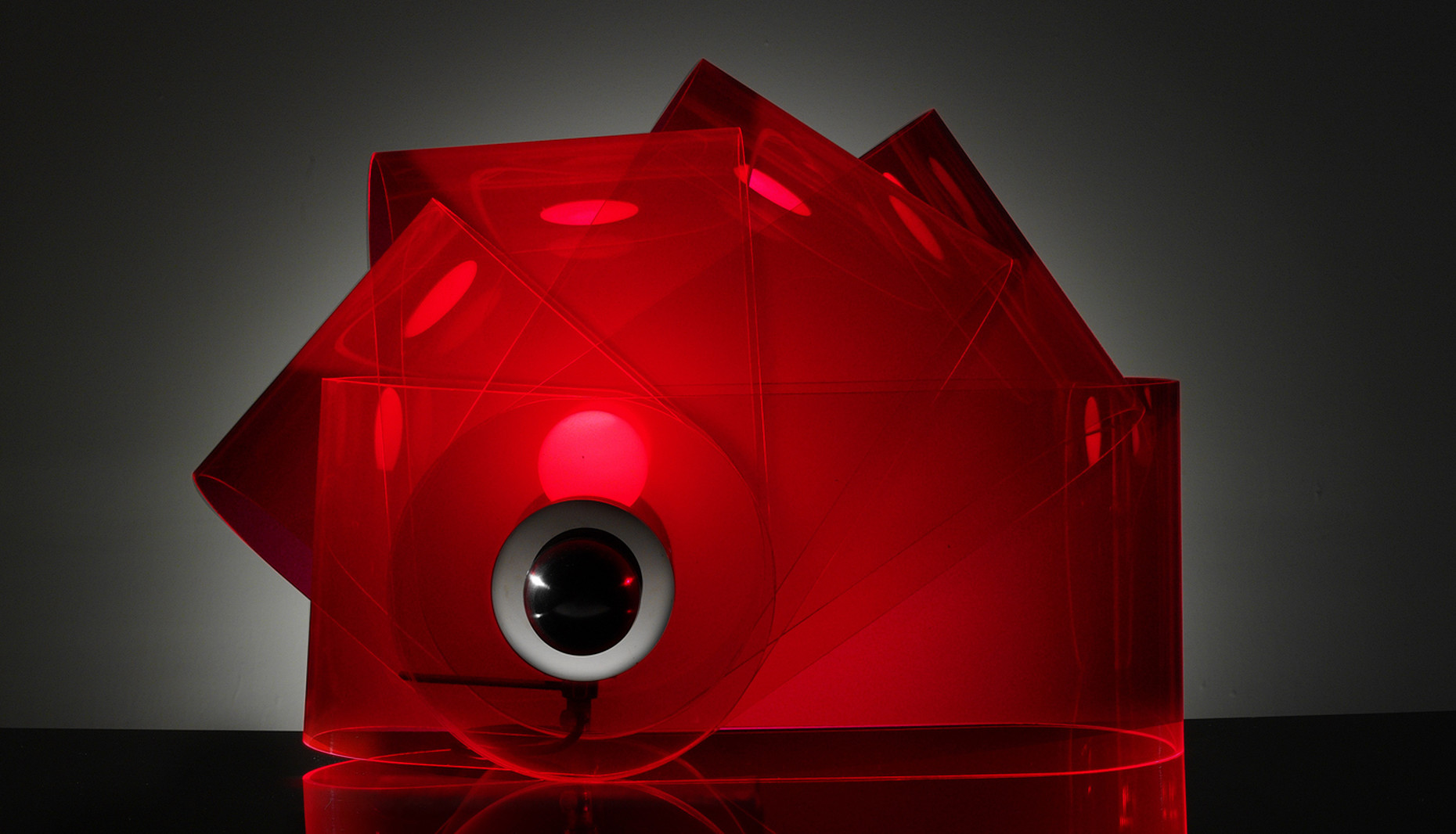 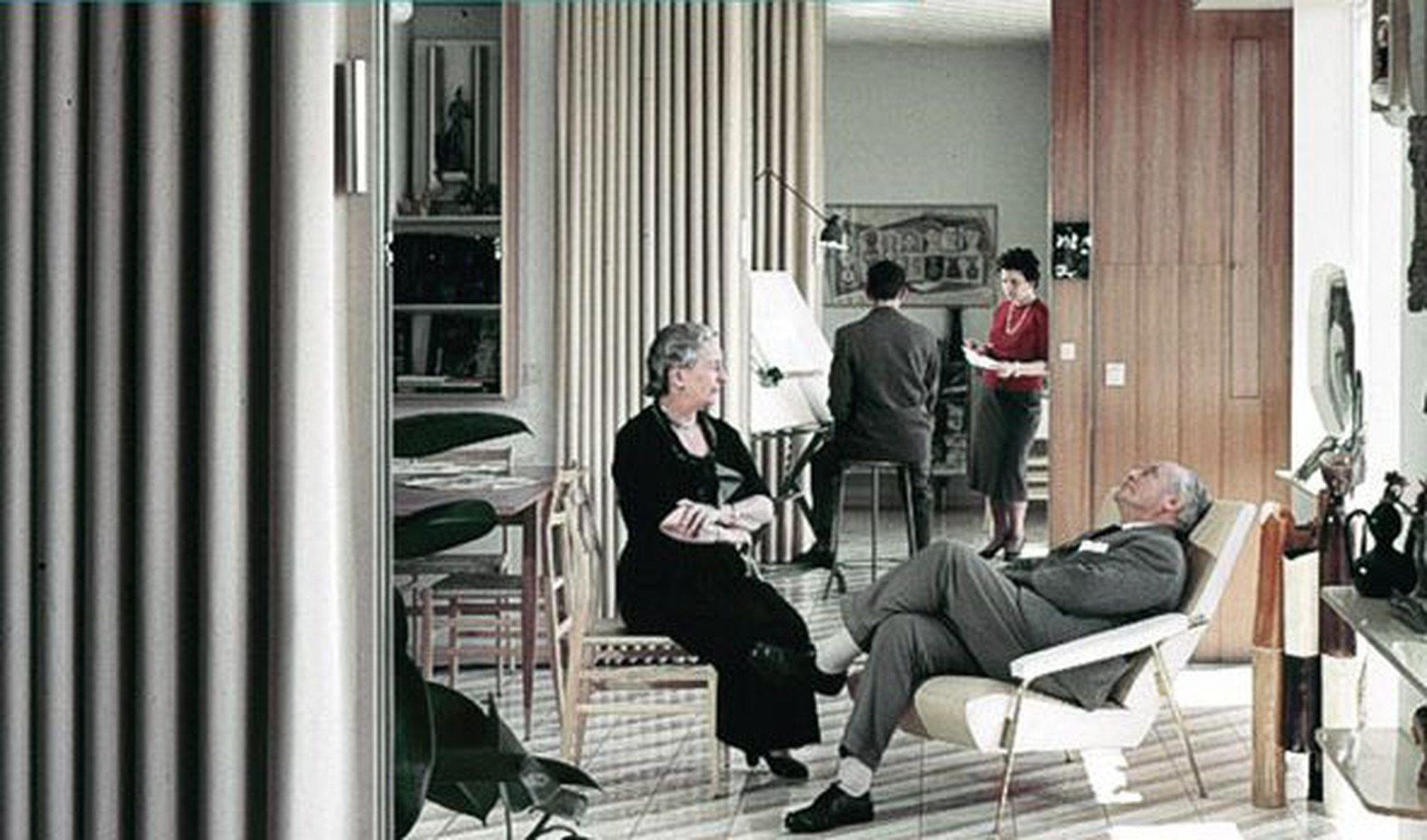 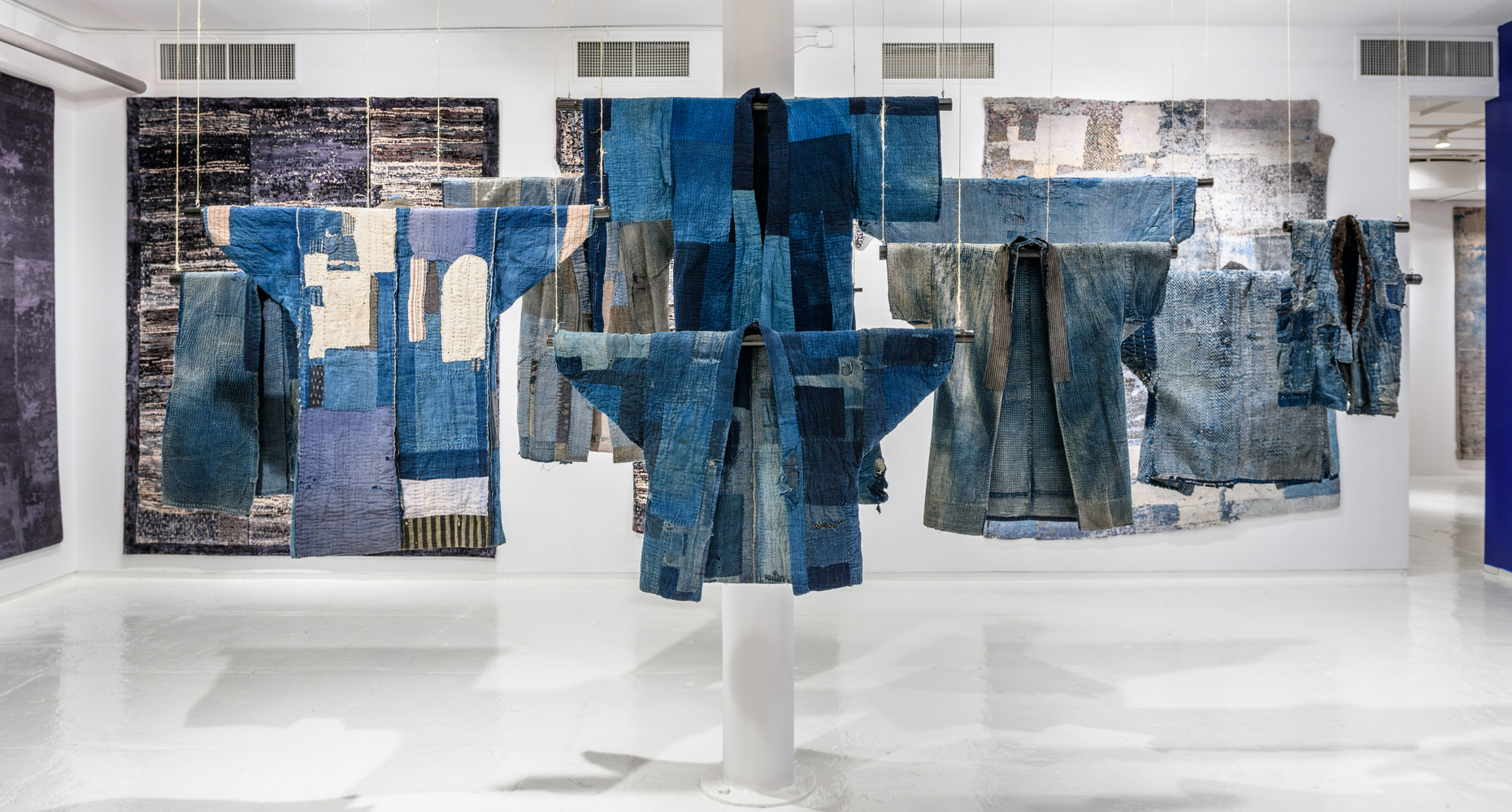 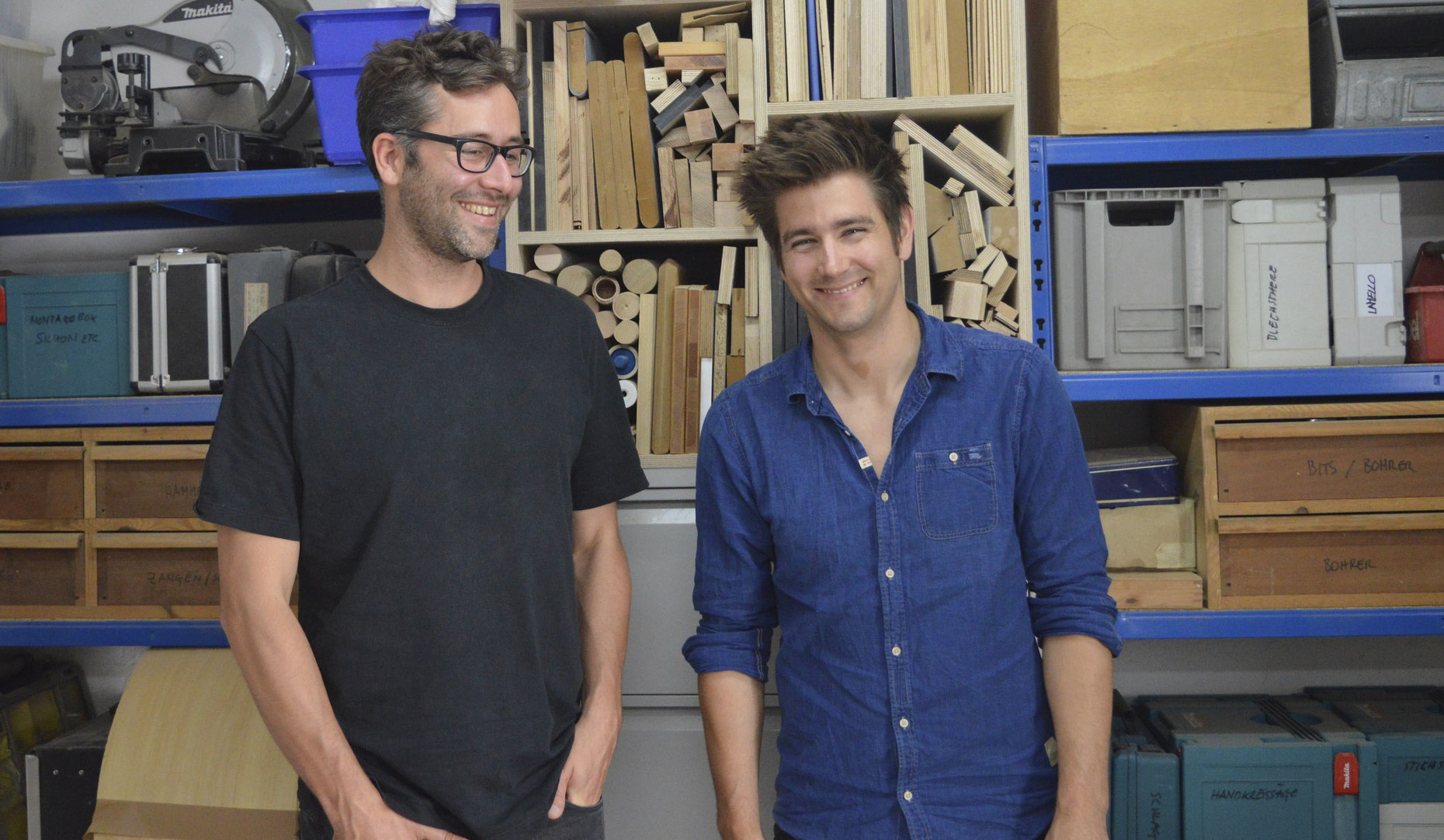