Hugh Broughton Architects has designed the world‘s first walking research station. It has been standing on an ice shelf off mainland Antarctica since 2013 and has just finished its first “walk.”
by Florian Heilmeyer | 2/6/2017

It doesn’t get any colder. Anybody interested can call up the coordinates of the British research station known as “Halley VI” – it currently stands at 75°35’0” S and 26°39’36” W. This makes it British Antarctic research’s southernmost research station, located off the actual coast of Antarctica on an ice shelf that is up to 150 meters thick in the Weddell Sea.

There have been researchers living on this station since as long ago as 1957. In the short Antarctic summer they number up to 70 and in the long, hard winter no more than 16. For more than 100 days the sun does not rise there at all and temperatures drop to -56°C. The station needs to take on all its supplies during the three summer months.

As its name suggests, “Halley VI” is the sixth station to be built here. The reason: The construction site has a pronounced tendency to shift; the ice shelf is moving constantly northwards, breaking up in the process, piece by piece, and then floating around as an iceberg. This means that the fixed Halley station has had to be repeatedly dismantled or scrapped and a new station constructed. Halley V lasted a mere 12 years. Now, with “Halley VI,” the situation looks set, finally, to improve. This explains why, for the first time, an international architecture competition was launched in 2004, its main requirement being for the new station to be stable and weatherproof but, at the same time, completely mobile.

The competition was won by Hugh Broughton, a British architecture firm. Over the eight subsequent years, the latter’s ideas were developed in collaboration with the operator, the British Antarctic Survey. The station was completed in 2013 and went operational in 2014. It seems likely that it is no coincidence that the station bears a strong resemblance to Archigram’s “Walking City,” first committed to paper by Ron Herron in 1964. After all, the walking city also built on the dream of a mobile city structure which, independent of location, could migrate like a bird to wherever a city might be most needed at a particular time. Nevertheless, “Halley VI” is equally reminiscent of the “walkers” from the first Star Wars movies, particularly those giant AT-AT walkers (“All Terrain Armored Transports”) that can easily walk across the ice planet Hoth on their heavy metal legs.

But to get back to the real Antarctica – Halley VI basically consists of two different types of module. The blue modules are the “standard” ones, weighing between 80 and 95 metric tons apiece and housing, over an area of 152 m², sleeping quarters, laboratories, offices and one energy center per module. In fact, the blue modules offer sufficient space for all the requisite research-related activities. However, a second, red module was developed with an eye particularly towards those endless dark winter months. Weighing 200 metric tons and measuring 467 m² in size, these modules boast a certain spaciousness, a feature especially in evidence in their two-story central communal facilities. These also offer their own impressive panoramic windows that are really too costly for this kind of temperature zone and are consequently unusual in them. These communal social centers (with a large kitchen, a billiard table and a sea of sofas) are located in the middle of the station, dividing it into two entirely separate parts for safety reasons. If one of the two sections is damaged in the winter, it needs to be possible to survive in the other one.

“In order to avoid the fate of earlier research stations,” write the architects, talking about the mobility of their new station, “the modules stand on hydraulic legs which are in turn mounted on giant steel skis. These hydraulic legs make it possible for the station to free itself from the snowdrifts mechanically and avoid being buried under them. When the ice shelf floats out into the ocean the modules are lowered and, using bulldozers, can be dragged on their skis to a new and safer location.” Halley VI has already impressively demonstrated how crucial this mobility is, namely on its maiden voyage, which it has just successfully completed. A new crack in the ice had been spotted near the station, meaning it had to be relocated to a new, safer place considerably earlier than planned. “The Antarctic can be an extremely hostile environment,” comments BAS Director Tim Stockings. “Since ice and the weather are rather unpredictable we need to remain flexible.” Quite apart from this, everything proceeds very slowly here, meaning that all projects need to get going in plenty of time.

That said, it took Halley VI just 13 weeks to complete the 23-kilometer journey and it will be fully functional again in winter 2017. This is the first time that a station of this size has been disassembled into its component parts and transported to a new location. And so this research station really is exactly what it looks like – the first real-life example of what Herron dubbed a “walking city,” one that moves, admittedly extremely slowly – even if its new location is only going to be almost exactly the same as its old one. However, anyone wanting to stay put on the same spot on such shifting terrain must, above all else, be able to keep moving. 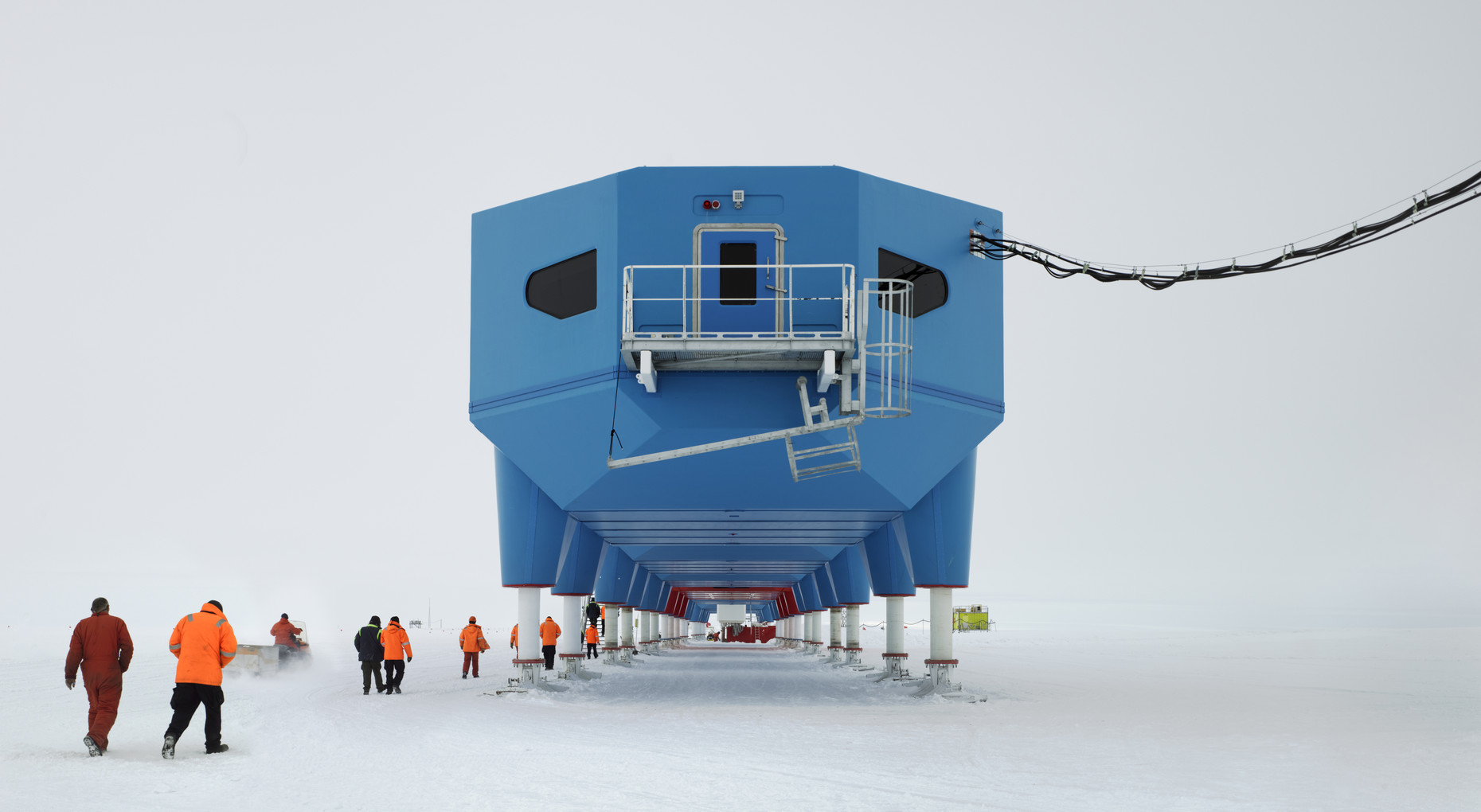 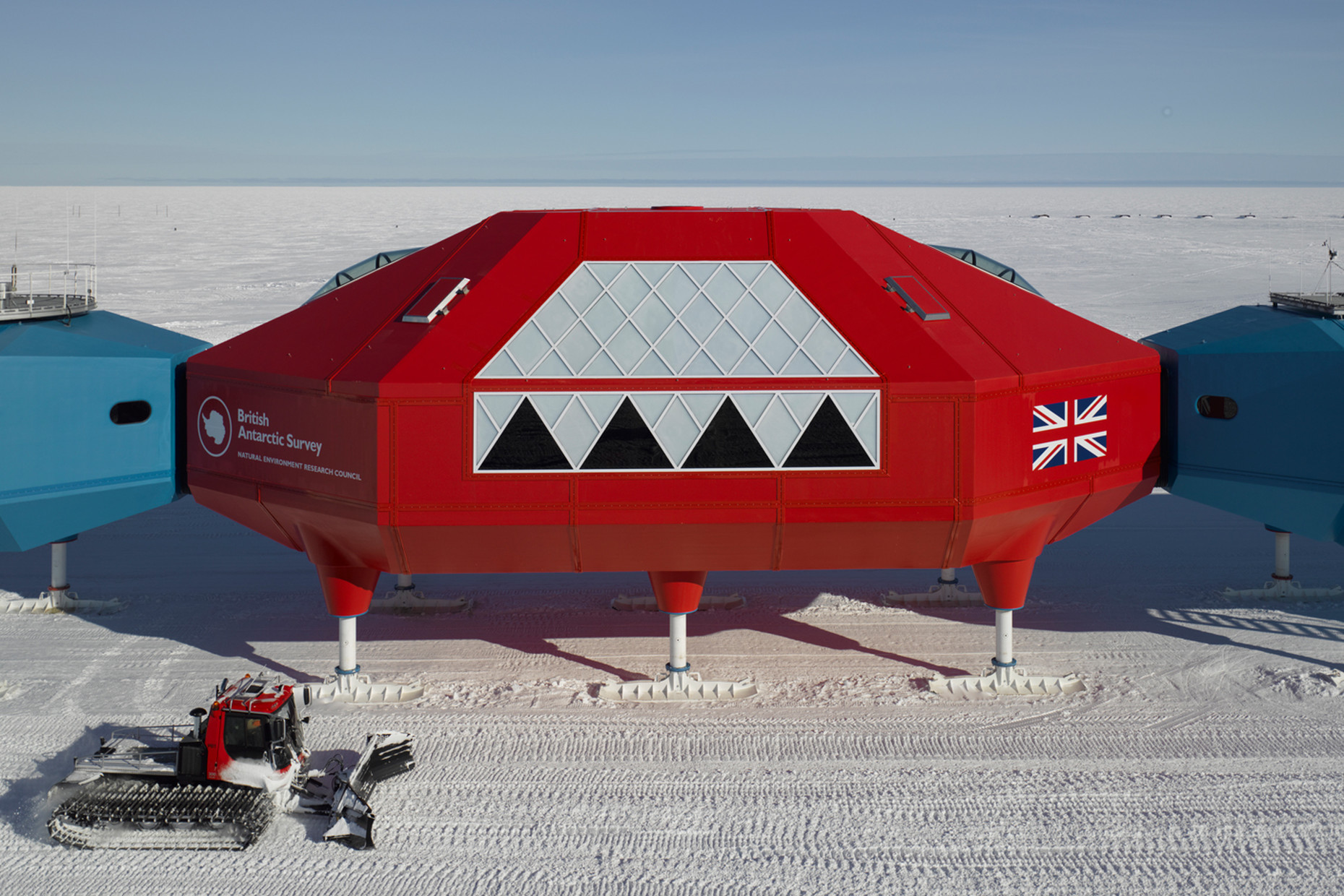 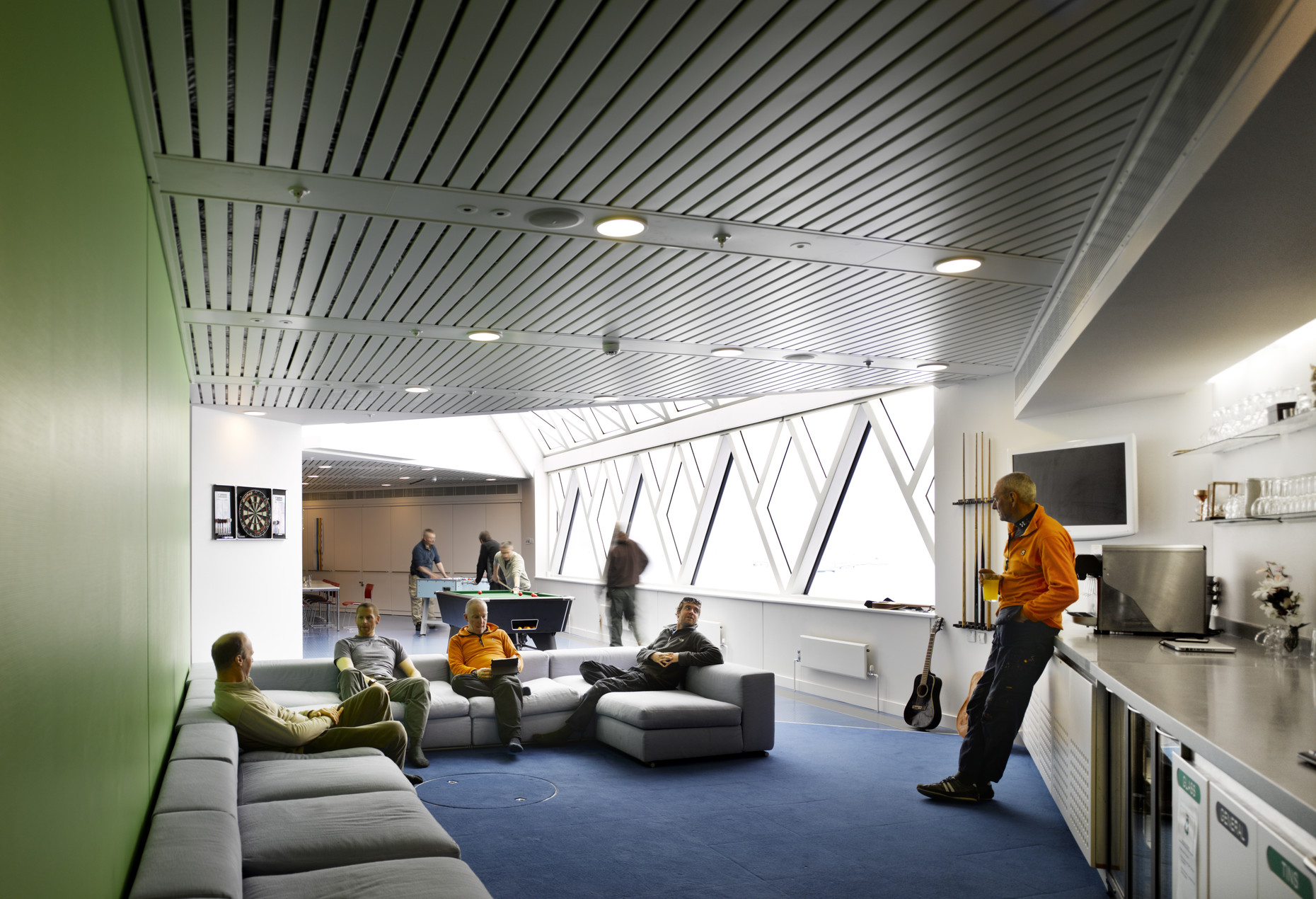