In this terrain, the truth is not to be found at the bottom of a wineglass but clearly in the language. Because trying to attract attention has long since ceased to be a lonely craft. Instead, today entire departments such as corporate communications or marketing sections and any number of consultant ad agencies are responsible for dreaming up the fitting slogans and ad lines for the products. Nowhere is this more in evidence than at the IAA.

There, you can (hardly surprising since cars are involved) "experience technology". And beauty "is" not eternal, but "becomes" eternal - and for those who don't believe their eyes, "strong becomes light". In such a linguistically creative setting it is almost common place to combine "Motion & Emotion"; after all they're only an e apart. Popular are also selected ambiguities such as "more car" or semantically misleading calls that we "Drive the Change" – in vain will you hunt the stands for a vehicle of that name. But we can be sure: "Success is gaining momentum". At the end of the day, artful engineer Leonardo da Vinci is probably right when (quoted by Rolls Royce) he says "simplicity is the ultimate sophistication". It was indeed never simple to be refined. But even he may not have had the last say on things. tw 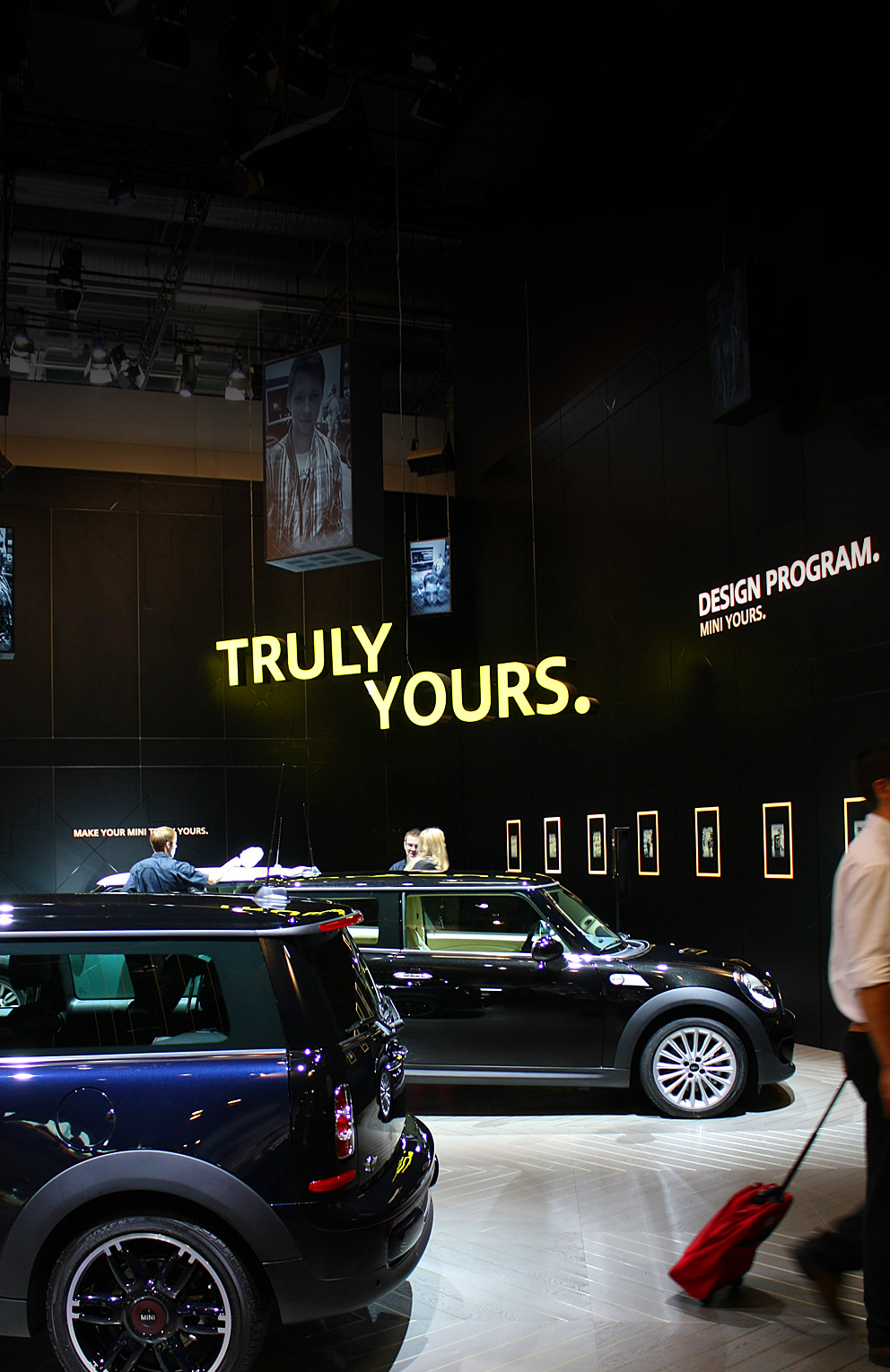