The big day has finally come, the visit to the IAA begins in the bright cathedral-like expanse, in this case the Festhalle: Mercedes Benz is on show here. This is a celebration not just of its products, but the splendor, the history and ultimately the power of the inventors of the automobile. First of all there is the same old talk as at any press conference, then in the following order heroic music, psychedelic lighting effects and numbing smoke clouds. Then it's the turn of the newcomer. With an unmistakable "wow" the CEO greets the resurrection of the holy child.

Mercedes - searching for that lost balance in design

Following on from the legendary Gullwing-door 300 SL is not that easy. The color chosen for the new SLS AMG, a sort of Lambrusco metallic red, makes the comparison difficult - after all, most of the silver arrows were Thyssen gray. The confusion with the color must be intentional, because nowadays there is no logical explanation for doors that open upwards. On top of which, of course, the new car is much bigger and as such looks less sporty, in other words in every respect no more attractive than the original. The design is also less coherent: the rear is short and gentle, the roof chubby and replete, the front wide and stony. A curious design, a bit like a fit woman with a flat bottom and thick penis. Fashionable here, classic there, here today's model, there yesterday's. Mercedes-Benz is clearly still searching for its lost balance in design.

Jaguar - a colossus made of wax

This is a fate Jaguar shares. The likewise resurrected XJ, the long-awaited successor to the truly cat-like limousine, looks as if it has been carved out of a block of wax with an axe. In places chunky (the outrageously high side), in others curved (the melted line of windows), in others again majestic (the striking chrome grille), and sometimes vulgar (the shiny plastic fittings), nothing really works on this beast, which could also be a Lexus, Quattroporte, Panamera or Phantom. Yesterday and today all in one, that really is not on.

If anything, totally yesterday: such as the Aston Martin Rapide (very sporty), the Bentley Mulsanne (sporty-upstanding), and the Rolls Royce Ghost (very upstanding). With their totally different personalities (who said all cars look the same?), they all interpret the quintessence of British upper-class taste. Classic proportions and timeless details, which one is pleased to forgive for a tendency to overstatement in terms of dimension - because they just go well.

Or preferably totally today, like the Ferrari 458 Italia. Of all things this otherwise so showy marque has suddenly succeeded in creating a masterpiece again with just a few strokes of the brush. No, this is not about having to decide whether a road rocket is still socially acceptable today, this is about the role model function of a design concept. As if it had been on a diet, compared with its predecessor the super sports car is now slimmer, more reduced, and more stringent. Two striking air intakes have made way for a simple horizontal grille. Only two of the four circular rear lights have survived, and instead of four exhaust pipes there are now just three, don't ask me why, for an eight-cylinder engine. And if elsewhere you think you have discovered a playful design element, you are mistaken: The slit by the headlight turns out to be an aerodynamically excellent air intake protected by an irresistibly delicate, light metal mesh. Now skillfully integrated behind the wing, the side air intake banishes a visual roll of fat. You see slender muscles and have the feeling you are in a new dimension of aesthetic lightness.

Mass design is still not following this example. Not that the Opel Astra is unattractive. As large as the Opel Rekord once was, a whole 22 centimeters longer than a new Golf. There really can be no talk of a small car any longer. With this increase in size one is hardly surprised that all the parts flow dynamically into each other, no great achievement that there is more of everything everywhere.

With the new Astra the question is whether body-building design is still in tune with the times, whether its fourth little side window at the front and the zig-zag line of the hatchback, which in terms of construction, function and aesthetics could not be more complicated, really are necessary. Ultimately this unnecessary design feature costs time, material and energy - and the user pays for it. The Astra quite simply designed in bad company: In today's automobile design the shape does not correspond with the content, in most cases both are lacking in importance. Everything is geared to appearance rather than substance - with being attractive representing the not-out-of-reach golden middle.

One example of this is the Saab 9-3. Though the conventional hatchback limousine shape suits Saab just as little as it does Porsche, nonetheless the car (not too big, not too small, not nondescript, not showy) with its smooth design the car comes across at the same time as just as stringent as many a Volkswagen and as accomplished as an earlier Audi. A powerful aesthetic calm, which one can quickly get to like.

The freedom of what is ugly

The As an alternative all there is available is the wonderful freedom of what is ugly. Based on the estate version of the low-budget Dacia Logan and designed by Hymer-idc, an intelligent and fun car-come-toy has emerged: A folding fabric roof transforms the car's interior into mobile living space. No dynamism, no progress, no playful elements: A touch of Eastern bloc design, a touch of IKEA does not do any harm, after all this is not a concept car (which are now for the most part just boring) but an unpretentious and as such immediately likeable product with corners, edges, and a very attractive list price. There is absolutely no dynamism, but what for? At the end of the day a Panda is enough to explore the desert in. It is only with the vision of a living room on wheels that you can really begin to redesign life with cars. 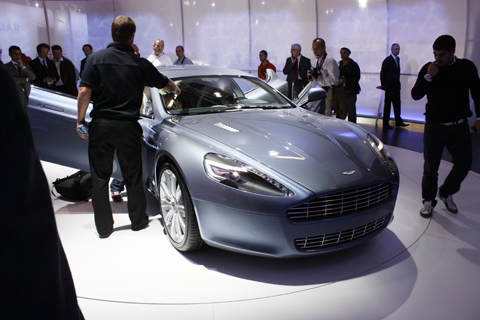 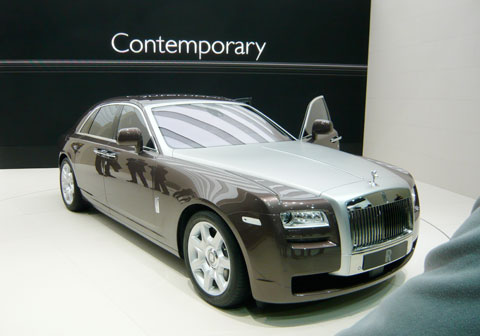 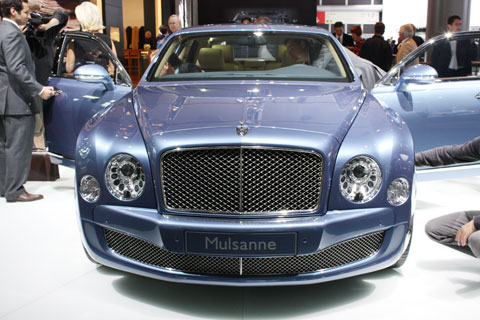 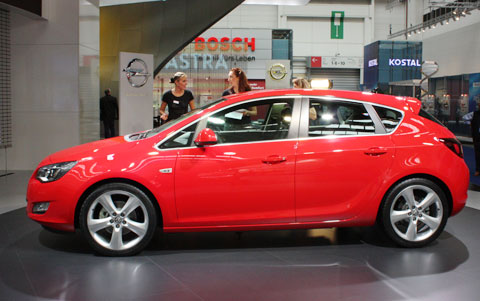 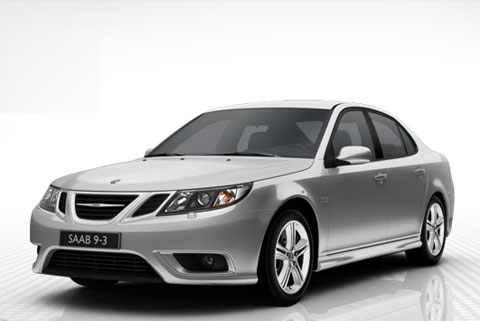 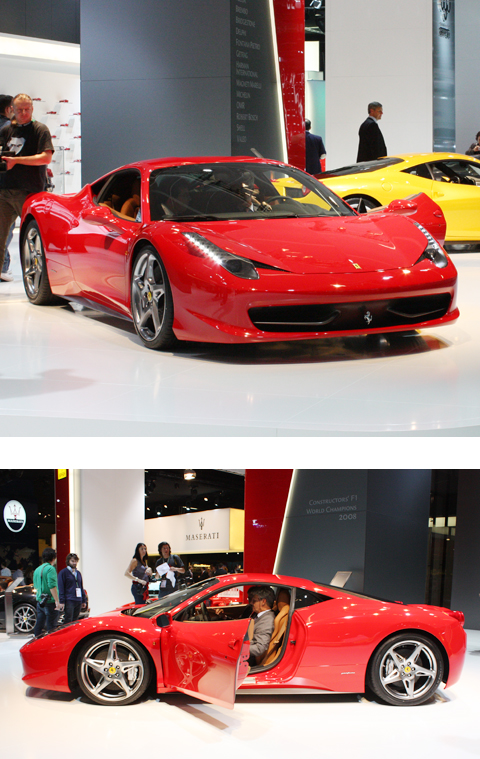 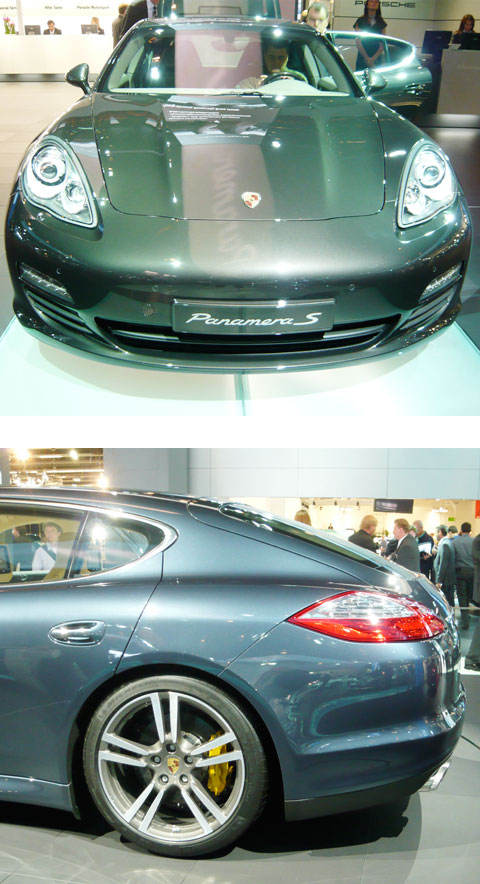 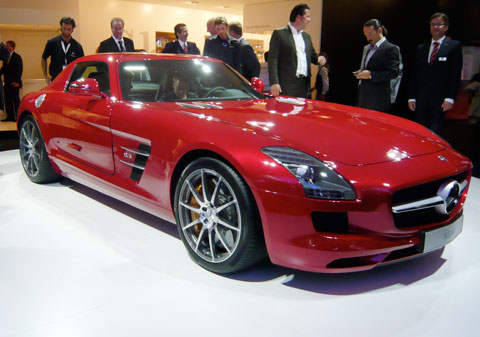 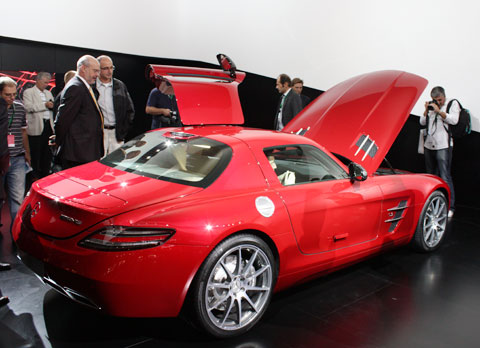 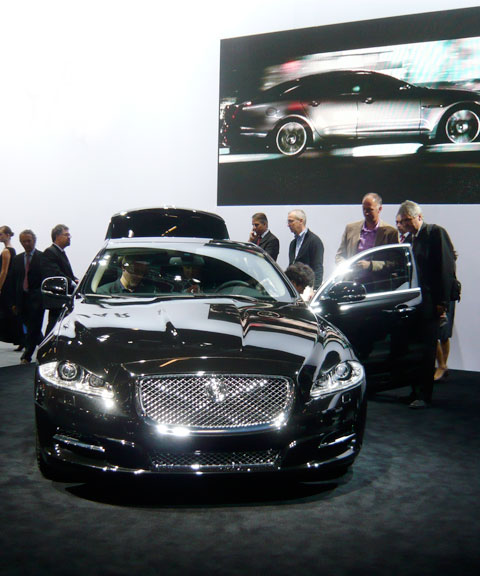 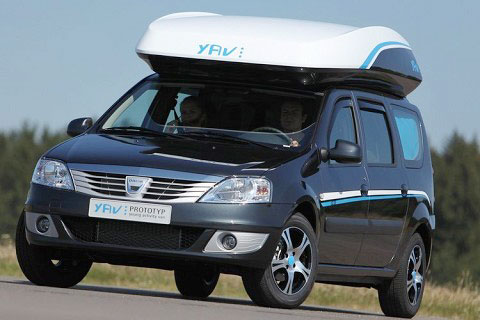