Some things are so good that they require few words – as they can simply speak for themselves. On the occasion of the 2008 Salone del Mobile in Milan, Nils Holger Moormann published a thin broadsheet entitled “Il Giornale di Milano”, the title page of which boasted a brief interview between Moormann and an otherwise anonymous journalist: What’s new, Moormann? - Nothing. - Huh? Nothing? Nothing new at Moormann? - Exactly. Nothing new! - So what is that supposed to mean? Moormann in crisis? - No, no crisis. That has a lot to do with courage, but not only with courage, but also with modesty. - Modesty? - Yes, exactly. Around us, all the world is gasping to find something new and exciting, the flash-in-the-pan success. In our firm, we are focusing on a phase of deceleration. We are not tackling anything new. We will examine existing things critically and improve them. Only thus is there a chance for reflection and an inner changes to our course. ... How do clients responds? - I like mature clients. ... Thanks your time. Brilliant the ingenious way in which he up-ends the world of glamour and gloss, the world of see and be seen, the world of the media with its constant search for novelties and all the others, who run along behind in earnest. It was high time someone turned nothing into a virtue and told the truth: Instead of always creating something new, it bears taking the time to improve your own work and its results and think about them. The broadsheet, which mainly consists of the small interview, not only contained convincing copy, but also featured great graphics, reminiscent of the classic face to US newspapers. The numbering for the issue (No. 000.000.000.001) gives reason for us to hope that there will be more novelties forthcoming from Moormann’s base in Aschau, Bavaria. And at the end Moormann wants mature clients, as everyone does, perhaps both, clients, and mature, as who among us does not want to be able to use our minds without direction from outside?! Smart, courageous Nils! All that’s left to say is: How did you do it, Mr. Moormann? 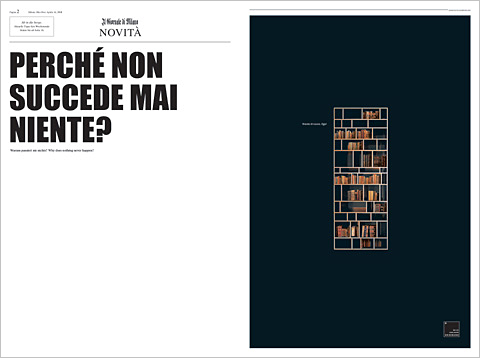 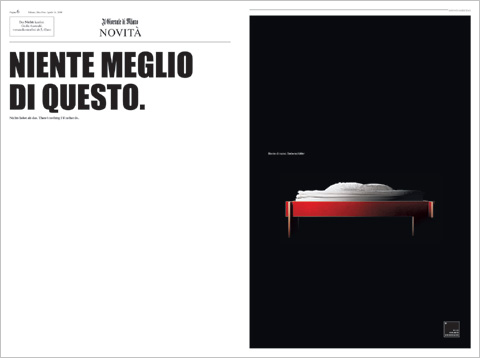 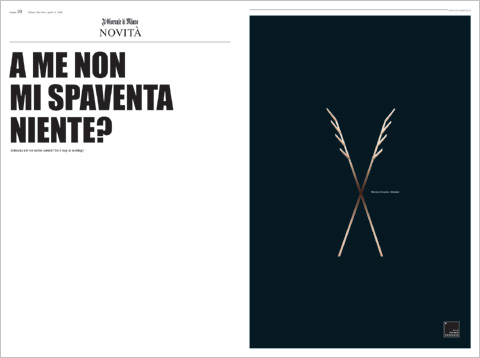 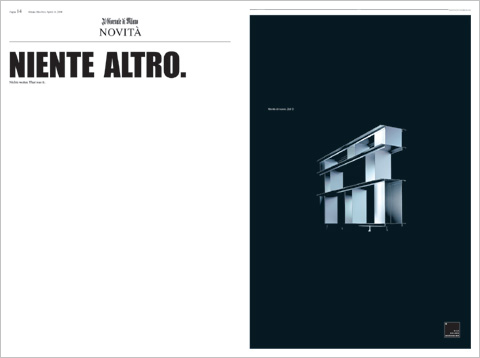 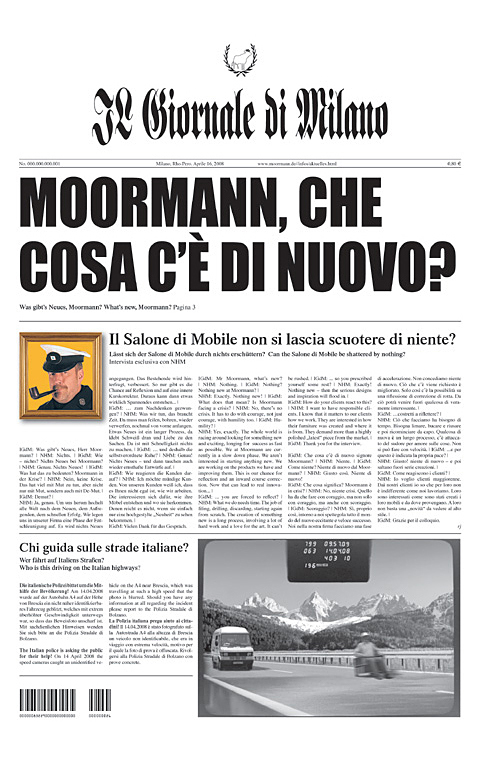 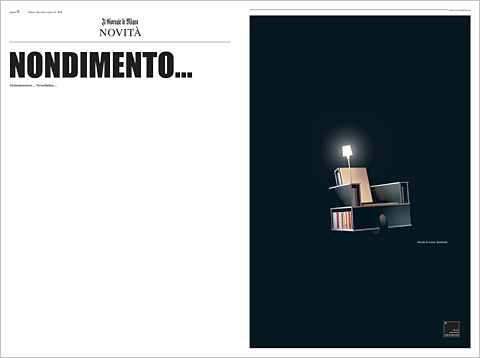 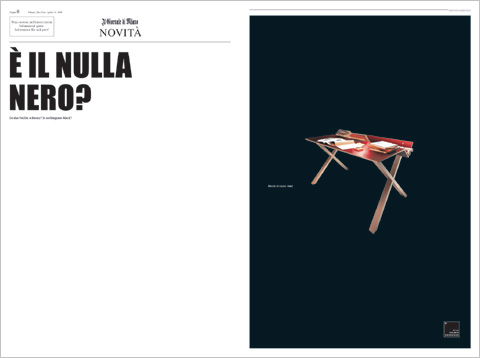 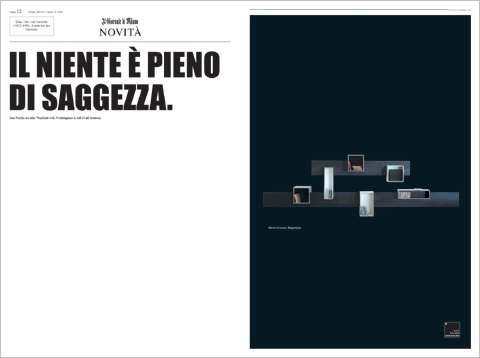