Herzog & de Meuron have already won the RIBA National Award 2016 for the “Blavatnik School of Government”. Now this outstanding project in Oxford has also been nominated for the Stirling Prize, the highest accolade for architects in Great Britain.

In its external form, this circular new building surprises with its six entirely glazed stories and its unusual layering of the individual levels. The impressive interior features what is, for Herzog & de Meuron, a very sedate selection of colors and materials that can easily be understood as a contemporary reference to the venerable colleges in the vicinity. Wood paneling in various color tones and high-quality furnishings, including seating by Wilkhahn in the auditorium, quickly make it clear that this is no conventional university building.

In actual fact, the “Blavatnik School of Government” is an international “center of excellence for government and political studies”, named after the American businessman and billionaire Leonard Blavatnik. His donation of 75 million pounds enabled the University of Oxford to erect the new building on the site of a former hospital in the historic city center.

Herzog & de Meuron used this heterogeneous environment for inspiration during planning and had the individual levels protrude to different extents depending on the neighboring buildings. This enables the edifice, which nevertheless boasts floor space of almost 10,000 square meters, to appear less substantial, but also defines the structure of the interior. Hence a round, open “Forum” stretches through all the levels, links the floors together and, at the same time, offers numerous terraced seating opportunities for spontaneous exchange or for working. According to the architects, the key word “communication” determined the unusually open layout of the building, which should help later “Masters of Public Policy” to acclimatize to a future professional life – whereby the lobbies of day-to-day politics may often seem far less inviting.

The auditorium on the ground floor is somewhat reminiscent of the plenary halls in well-known parliamentary buildings, since Herzog & de Meuron decided on a classic amphitheater layout with staggered tiers here. On the other hand the furnishings, which include swivel chairs from Wilkhahn’s “Modus” series, are already providing students with every comfort, which they certainly won’t want to do without later during endless debates. (rw) 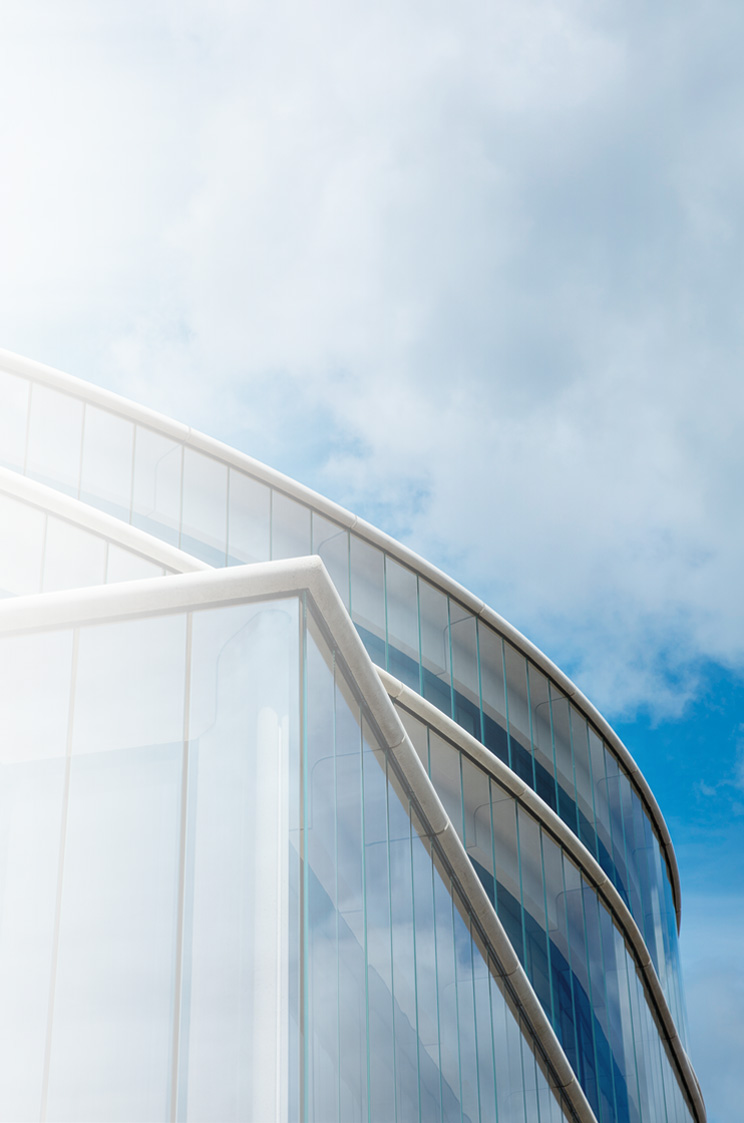 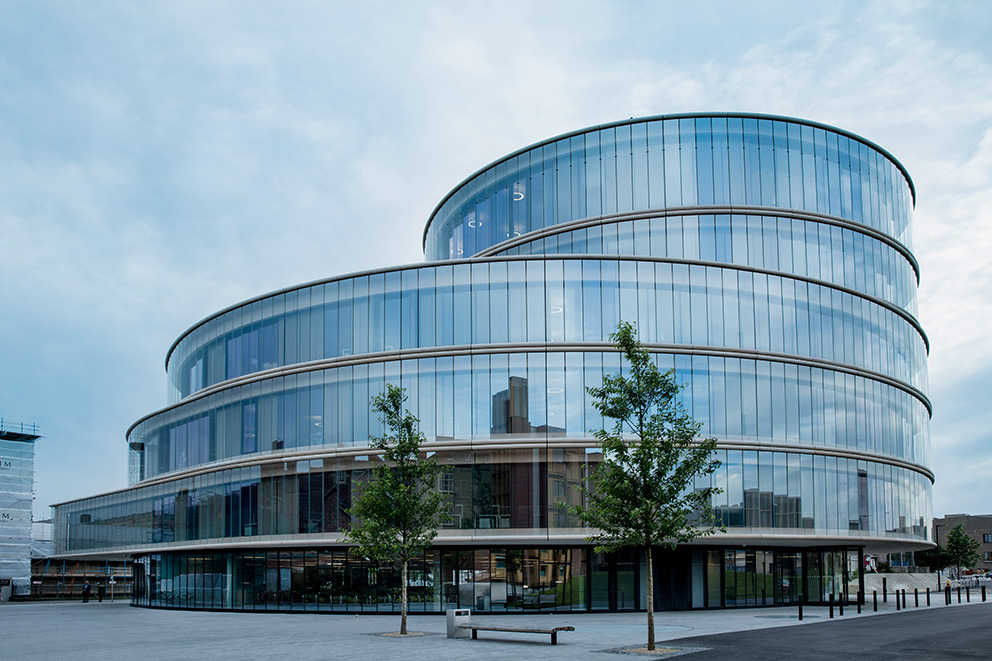 For the construction of the “Blavatnik School of Government” in Oxford, Herzog & de Meuron layered glazed segments on top of one another like layers of a cake. Photo: Vojislav Nikolic / Wilkhahn 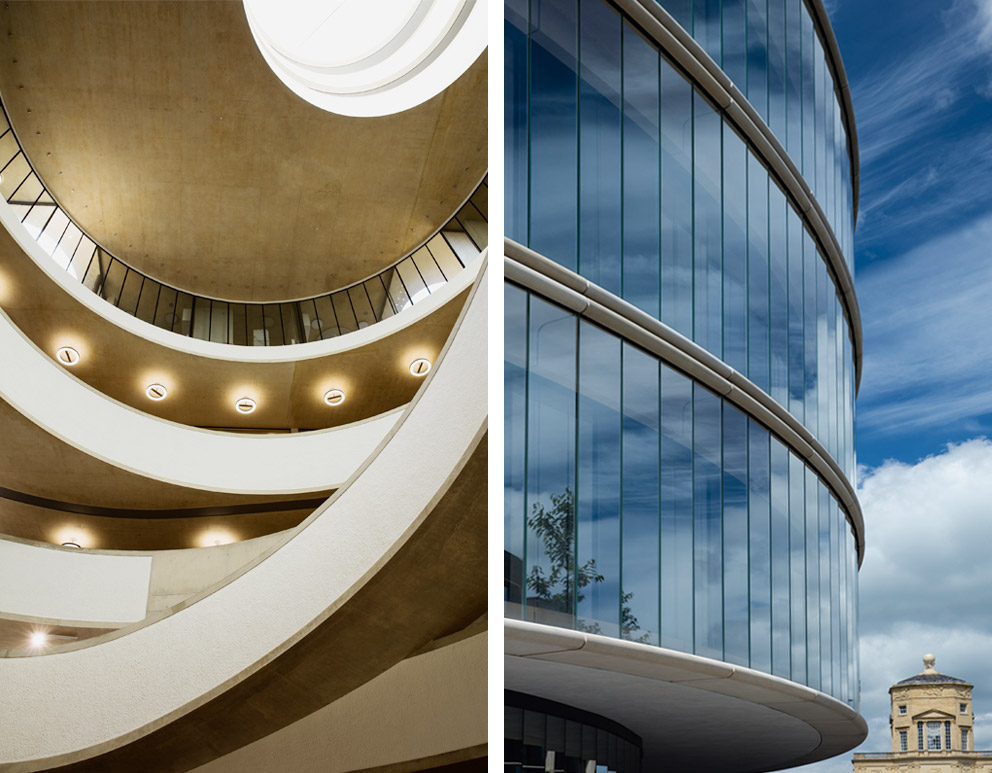 Round, curving forms define the entire building, including the “Forum”, which stretches through the full height of the structure. Photo: Vojislav Nikolic / Wilkhahn 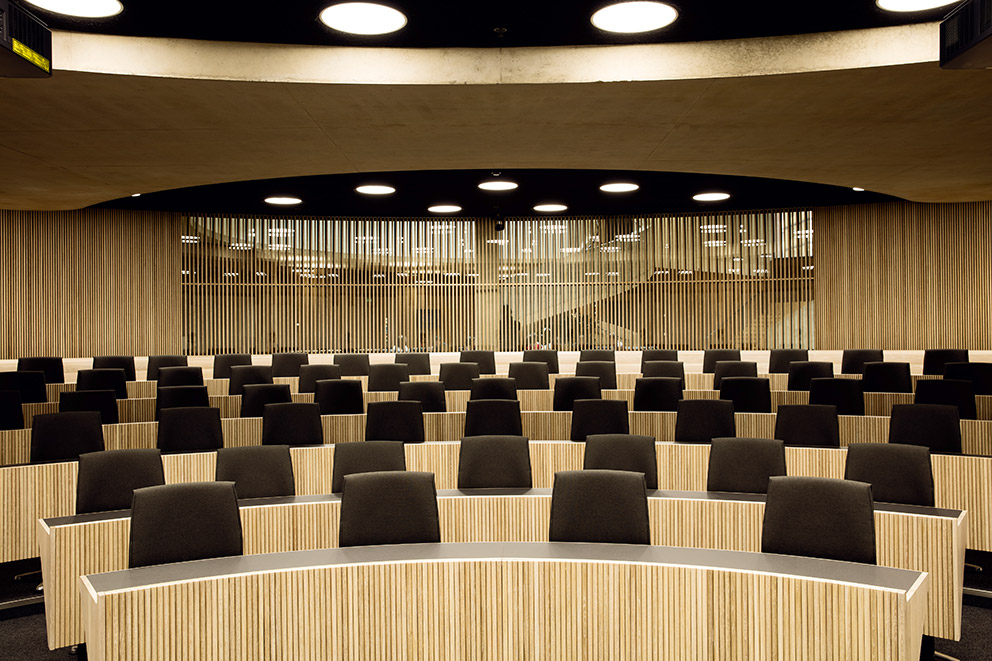 Generous quantities of appealingly light wood and comfortable furnishings with swivel chairs from the Modus series by Wilkhahn testify to the exclusive standard of this building in Oxford. Photo: Vojislav Nikolic / Wilkhahn 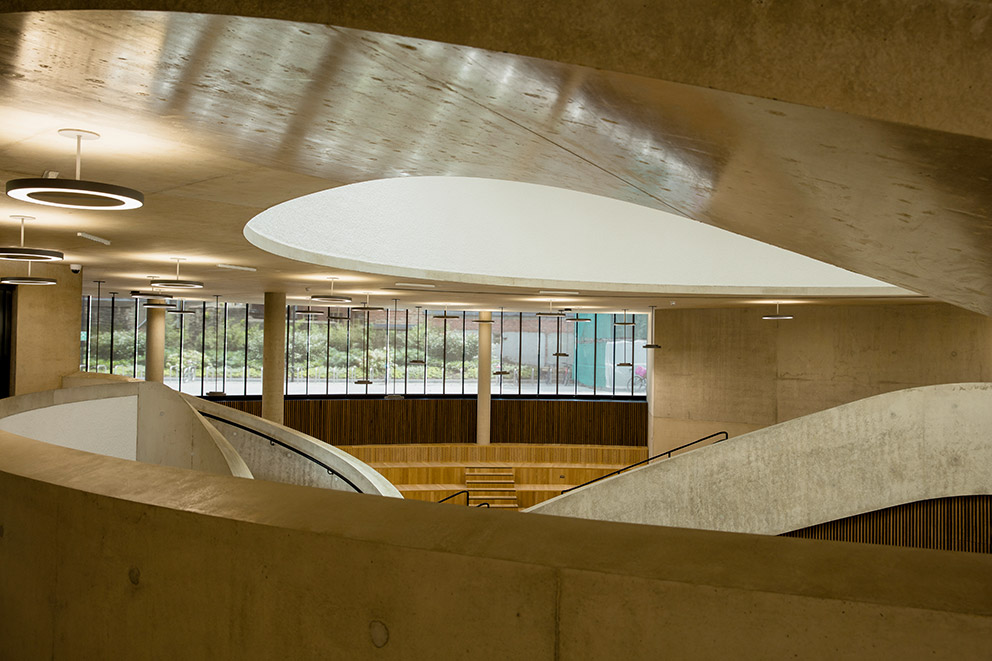 Open, spacious and impressive: The central “Forum” links the individual levels with one another. Photo: Vojislav Nikolic / Wilkhahn 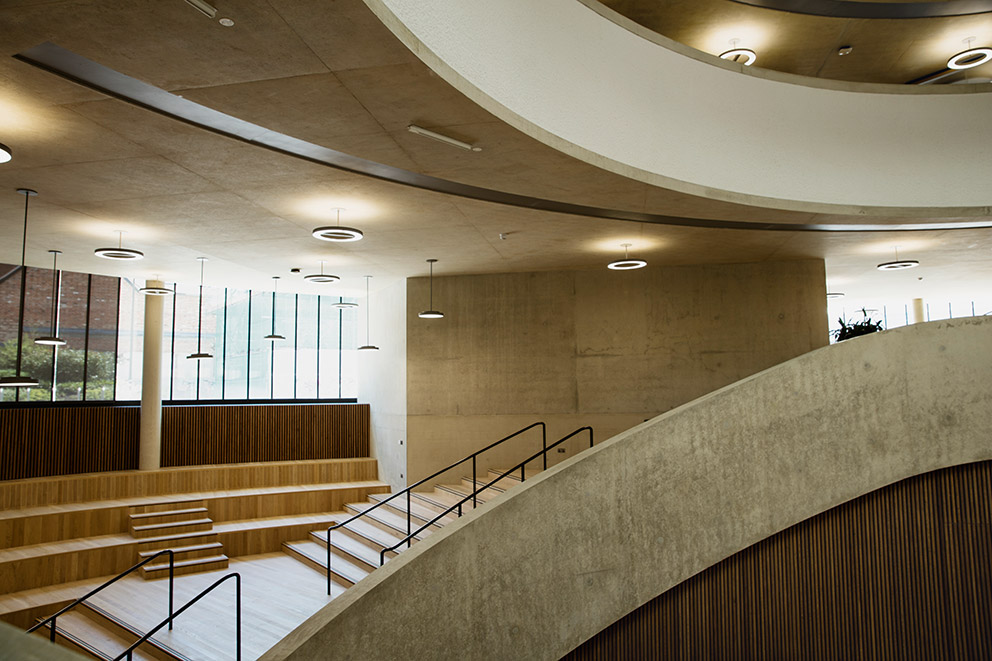 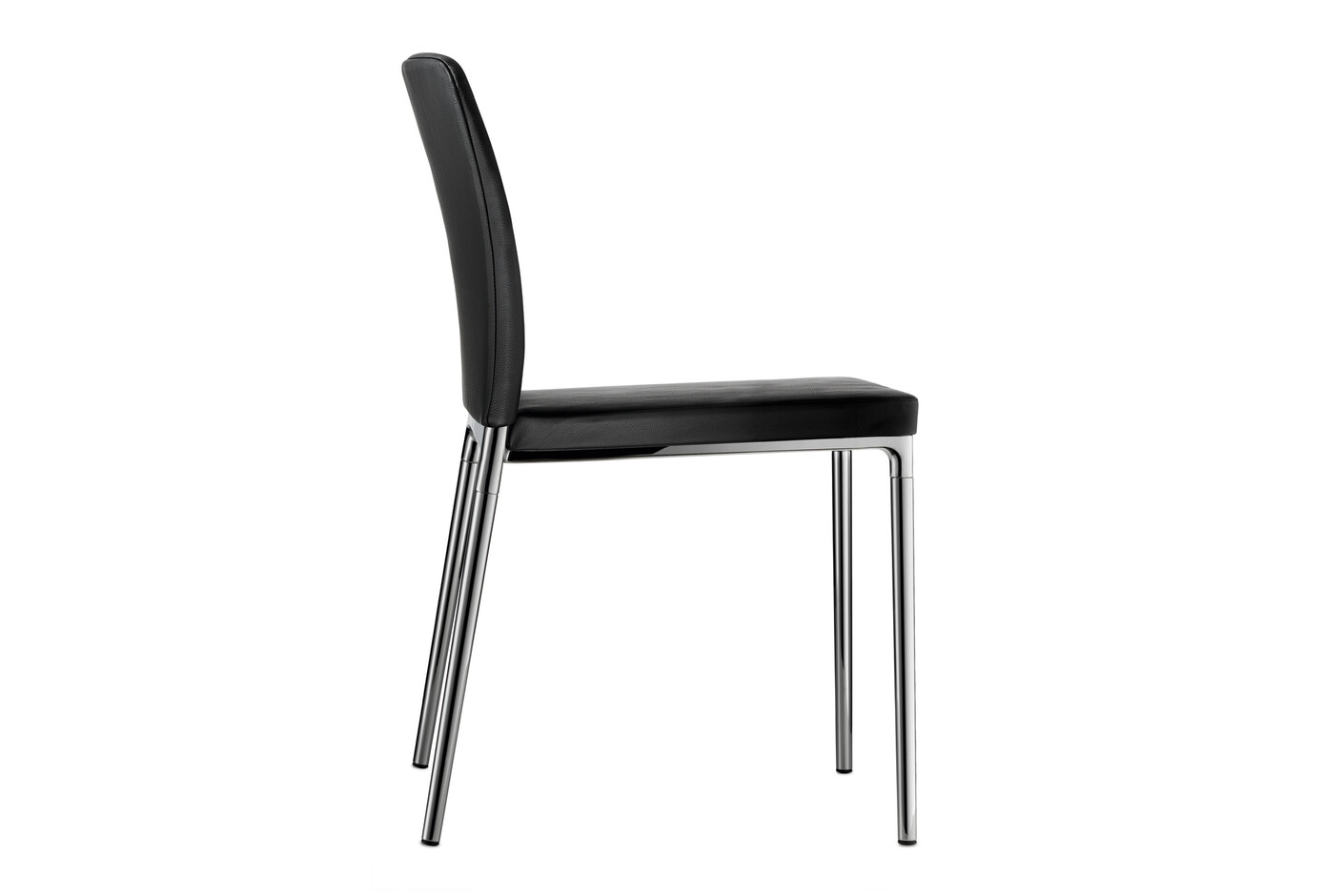 Wilkhahn
Ceno with high back 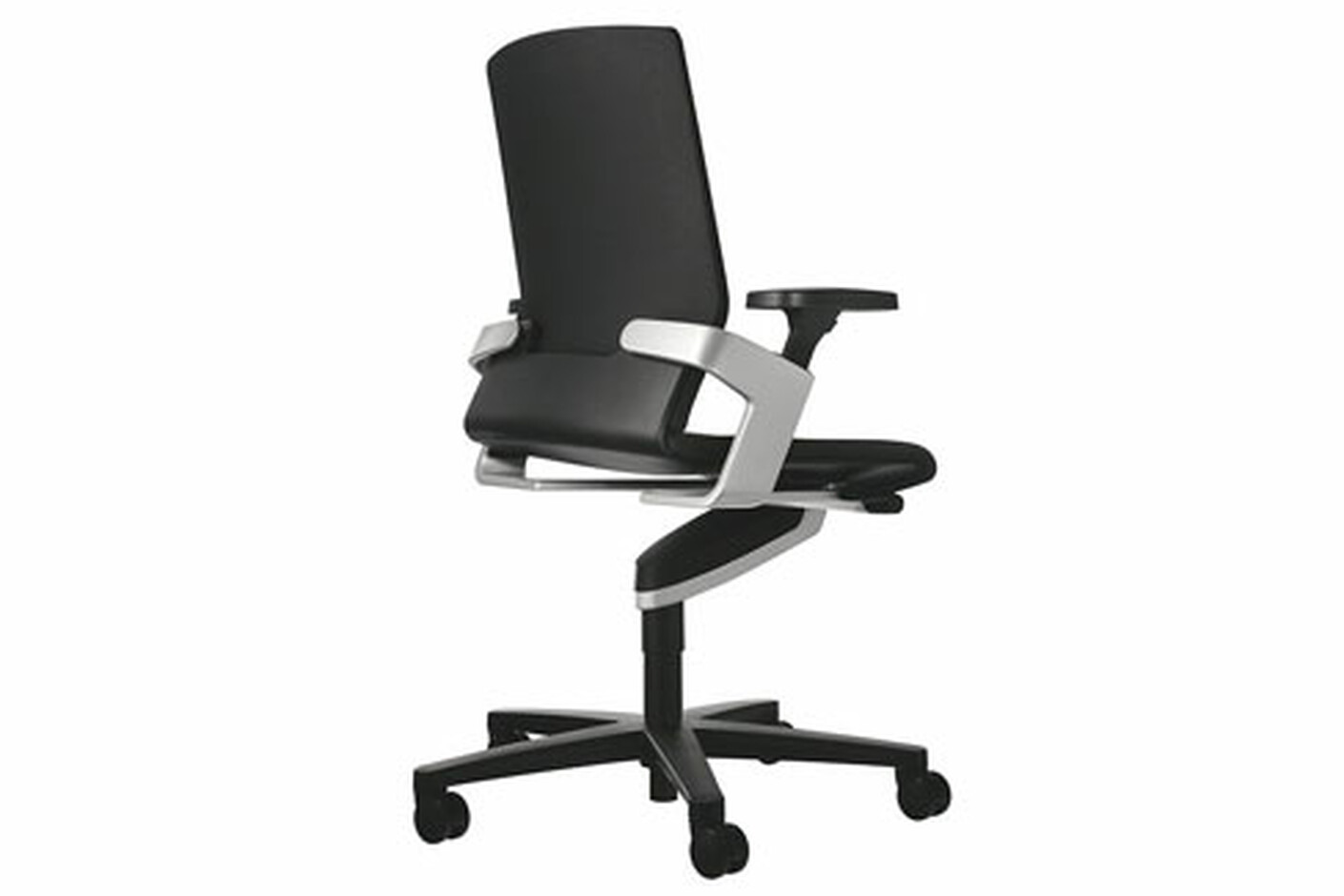 Wilkhahn
ON Swivel chair 171/21 with medium back rest 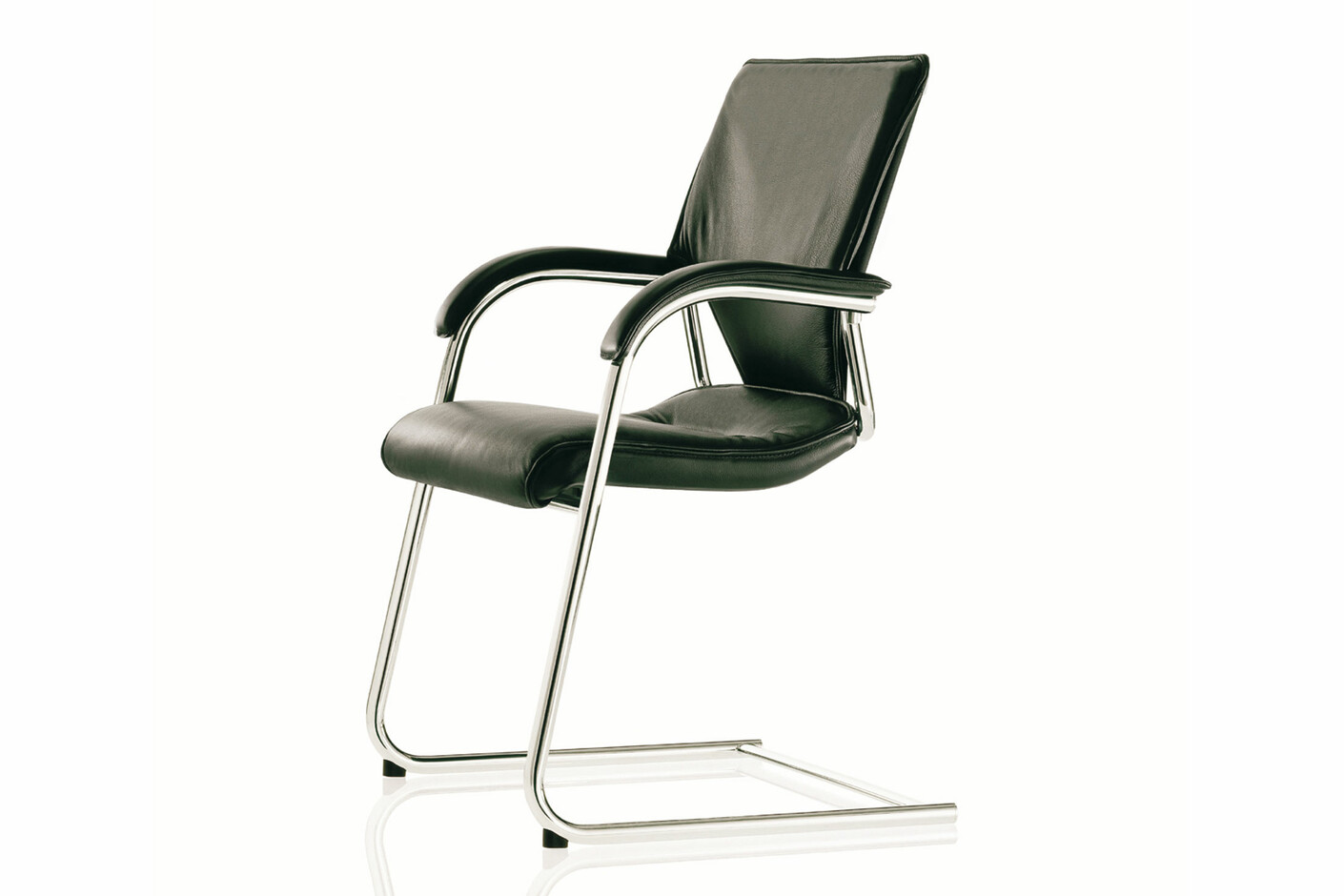 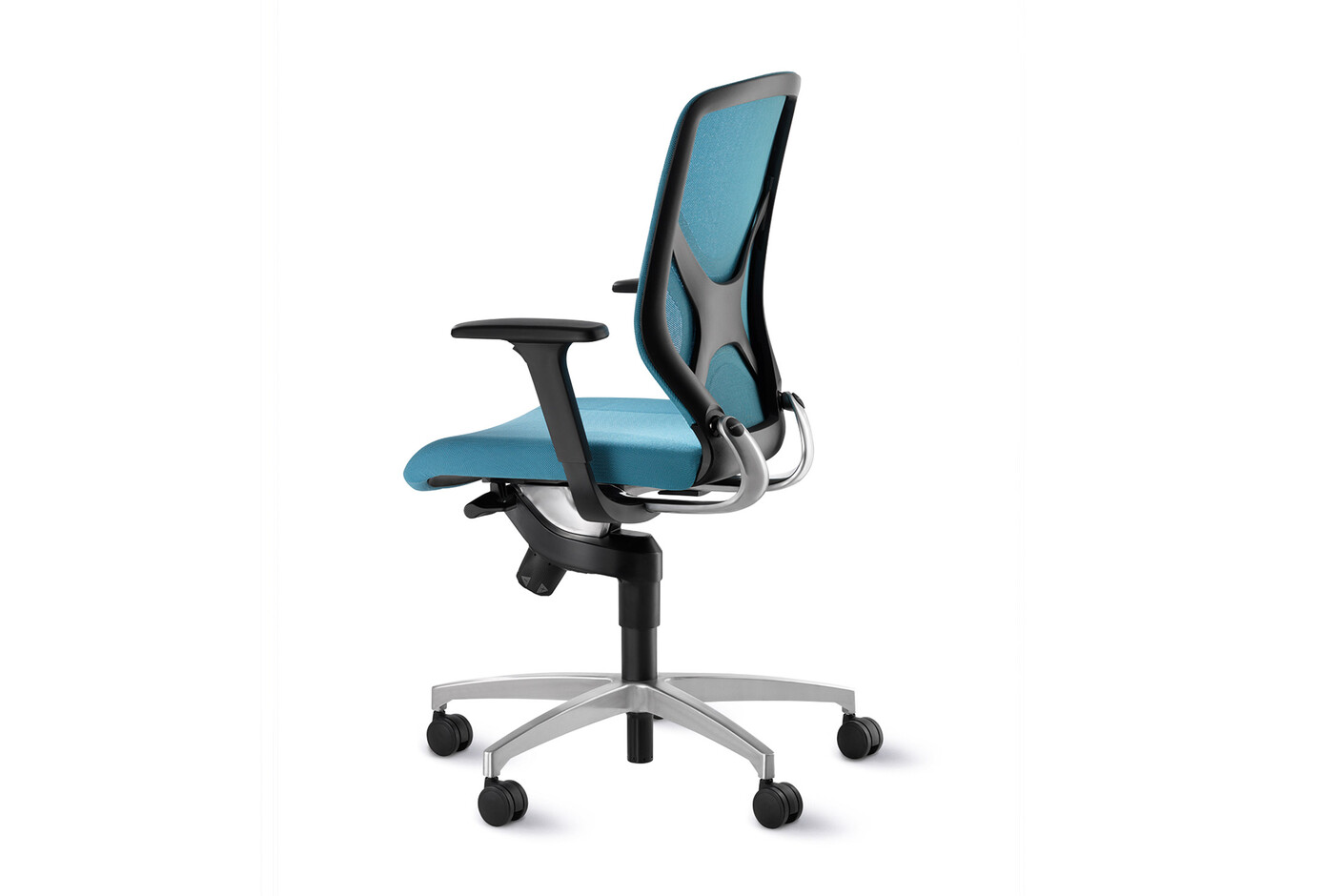