Light Tower is a tea-light candlestick for five tea-lights, designed by Made by Makers. Basing their design on change and movement, the designers have interpreted the classic tea-light candlestick as an object and created a sculptural candlestick in a plain, yet vibrant, industrial design. Made by Makers is a product design and concept agency from Aarhus in Denmark. Their designs are the result of a collaborative process, in which ideas are generated and processed by the entire design team. The inspiration behind the Light Tower tea-light candlestick is the desire for variation, and the designers' interpretation of the movement around the product's centre. The result is a new type of tea-light candlestick that changes its expression according to how you arrange the candle holders, so that it can seem both compact and open.
Made by Makers tells us: "We are very function-oriented in our approach to design. Design must have an edge if it is to be cool. Tea-light candlesticks often look similar, and are usually sold in pairs. We wanted to design a new candlestick, in which the function, to hold tea-lights, is retained, although in a new and surprising design. The candlestick renews itself, all according to how you turn and arrange it. As though it is a living thing". 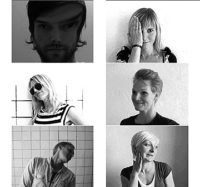