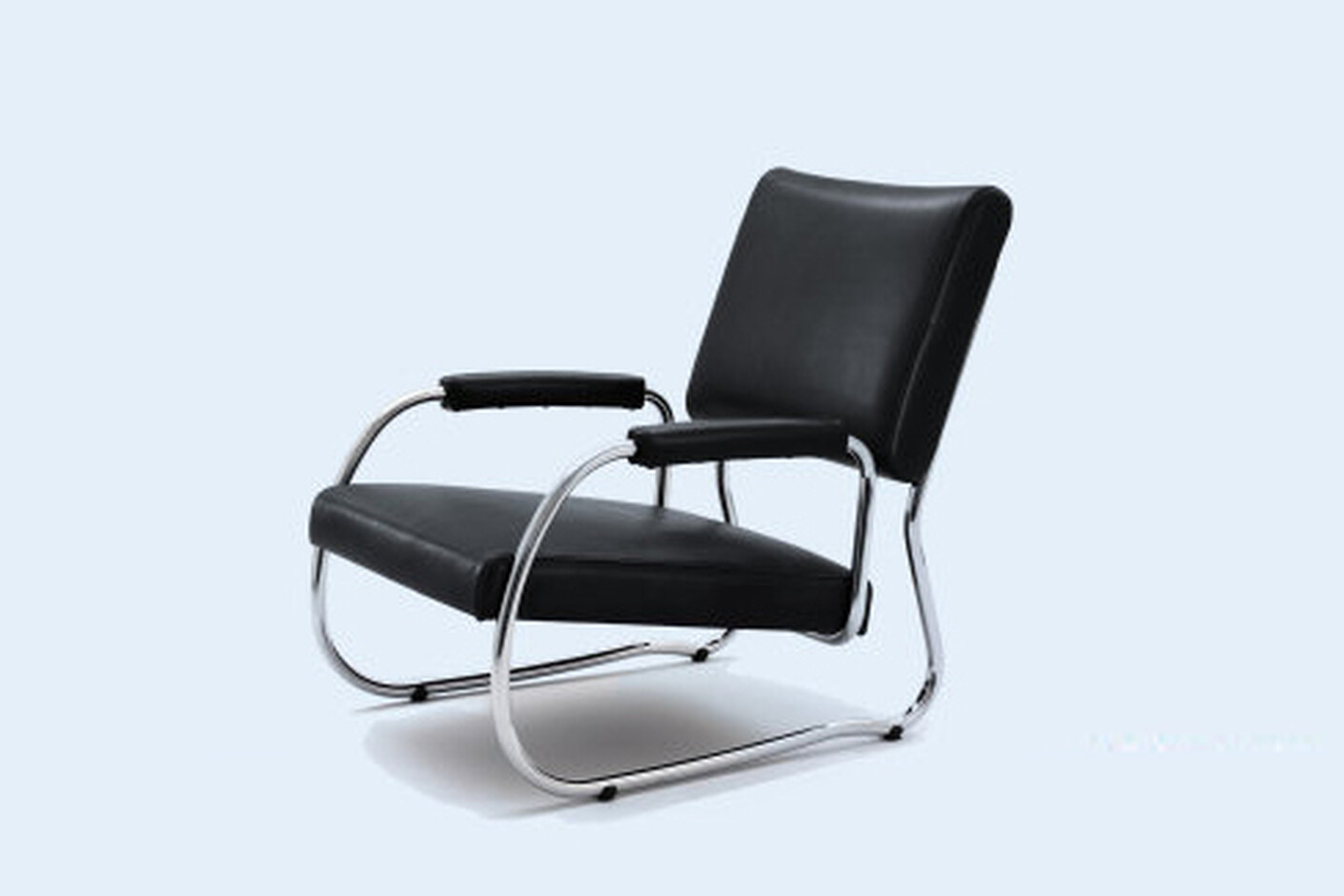 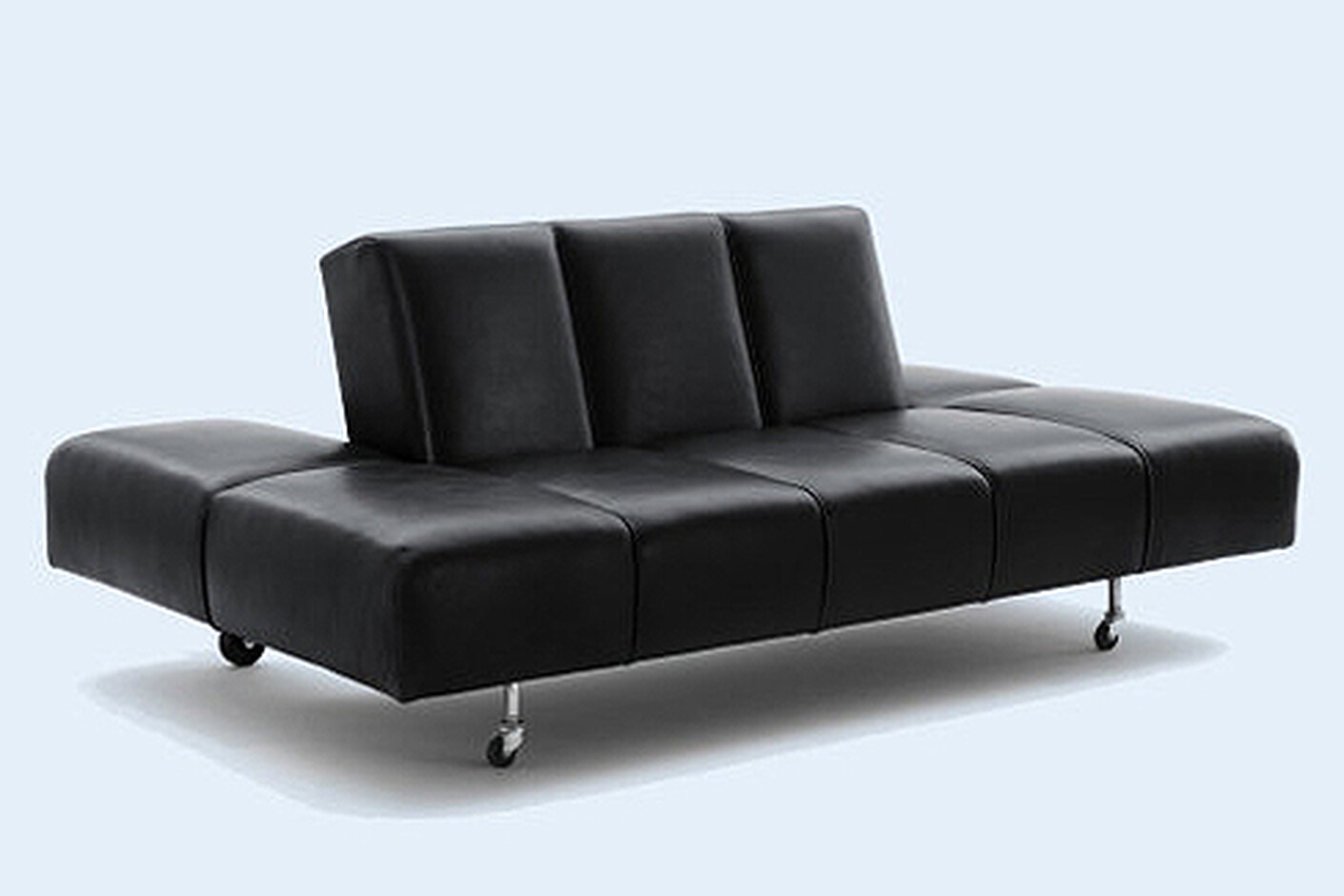 In 1942 Frederick Kiesler was invited by the arts collector Peggy Guggenheim to redesign her gallery Art of This Century. This gave him the opportunity to prove his multiple talents. Kiesler's work was influenced by his confrontation with art and architecture theory. During the years he came to the the conviction that elements establish a correlation in space, with their environnenment, and create a tension through interaction. Architecture, an art or design object can only only be seized in its perfection, when this correlation exists from the draft to the actual realization. Kiesler not only developed radically new exhibition methods for the objects at Peggy Guggenheim´s new Art of This Century gallery but also designed the complete furnishings: the correalistic furniture and the rocker.

Frederick Kiesler was born in 1890 and studied architecture in Vienna. His first works in Europe made him famous and he gained recognition from the european avant-garde. 1926 Frederick Kiesler left for New York, where he established himself as a designer, stage designer, architect and artist. This multiple talent was also a sharp writer and critic, who enriched the actual art and architectural discussion and developed his own theoretical work. He died 1965 in New York. 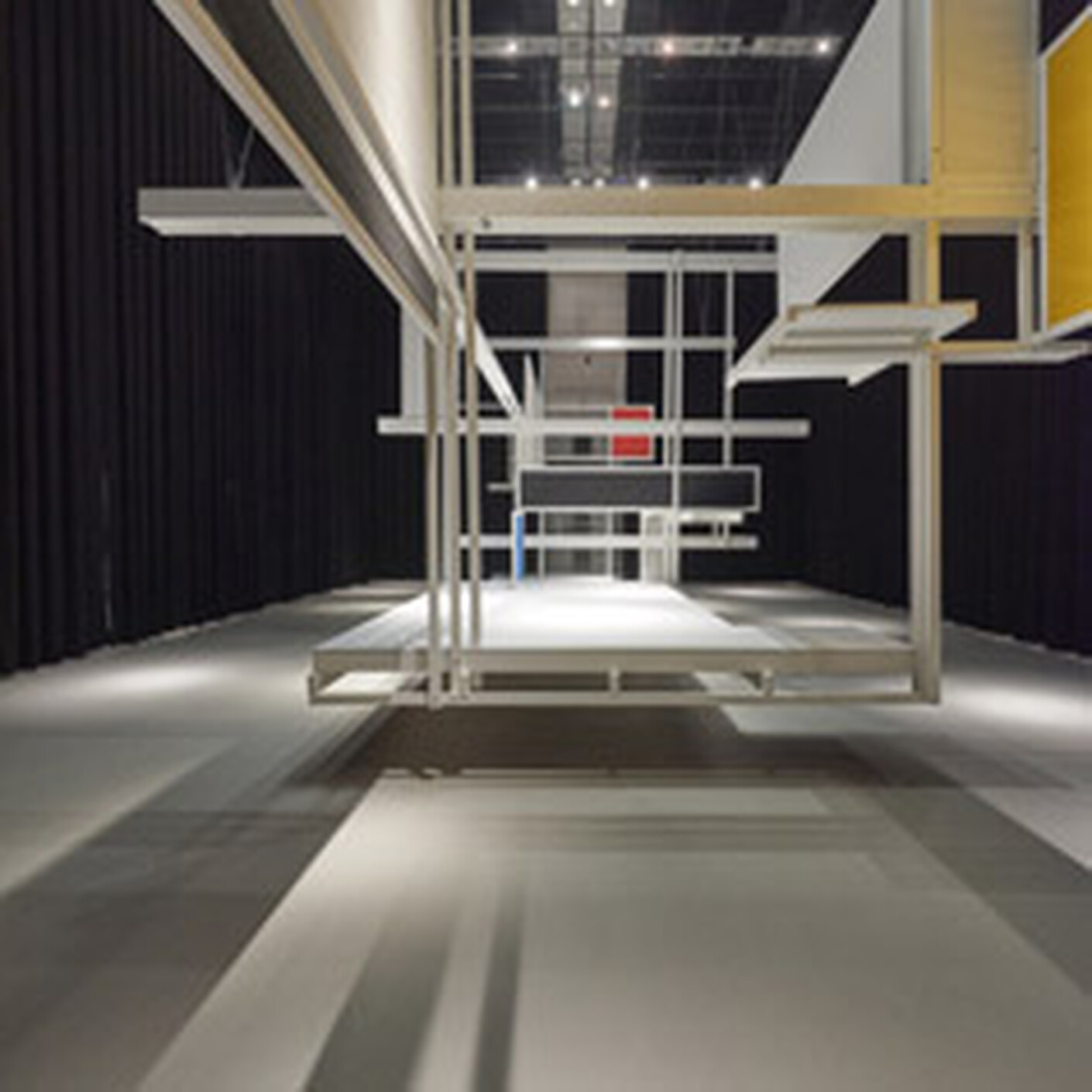 Was the “Endless House” the original model for architecture without properties? The Museum für angewandte Kunst in Vienna is devoting an exhibition called “Life Visions” to the visionary Frederick Kiesler. 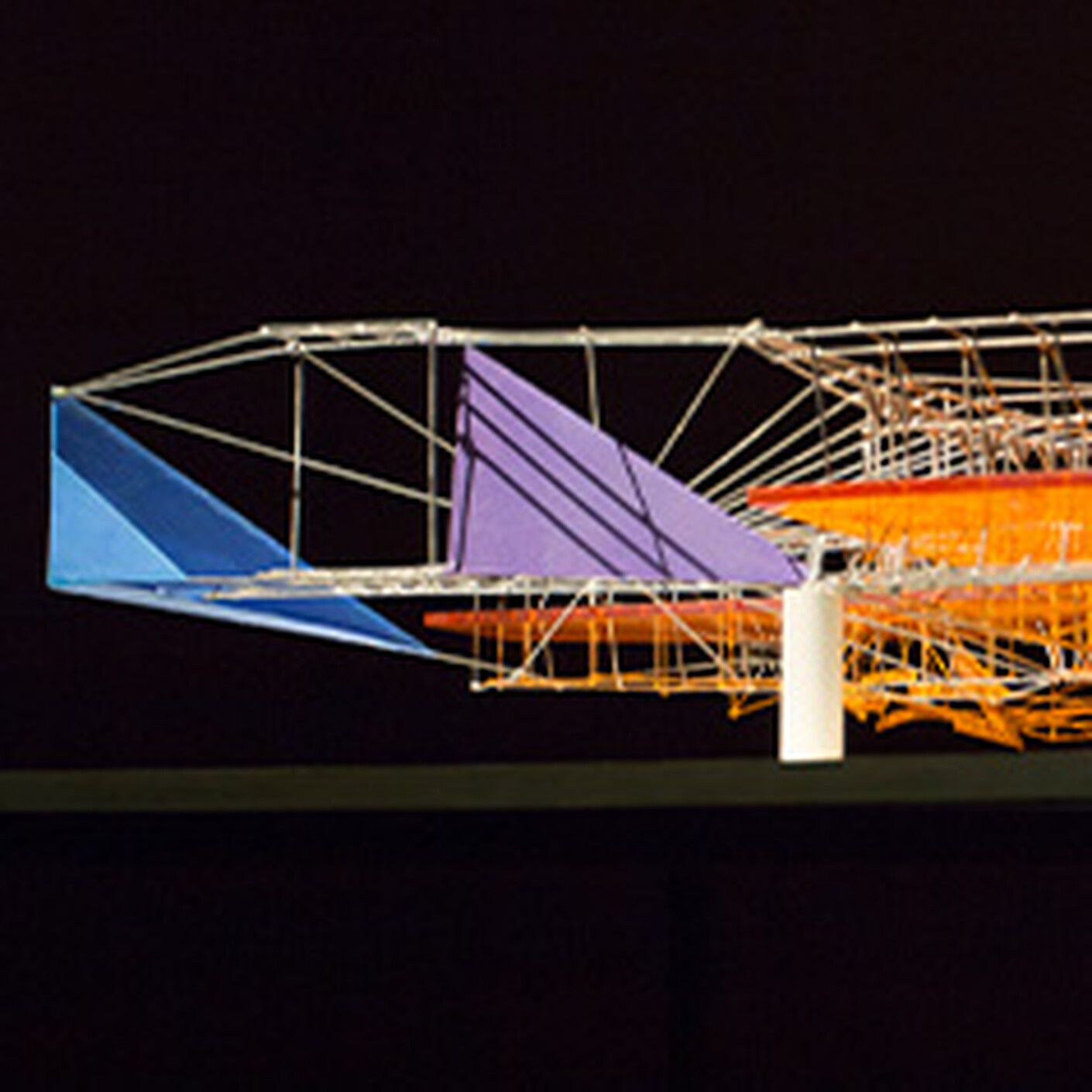 Not only has Constant’s archive been unpacked in The Hague: the show at the Gemeentemuseum also considers the future of a “New Babylon”. 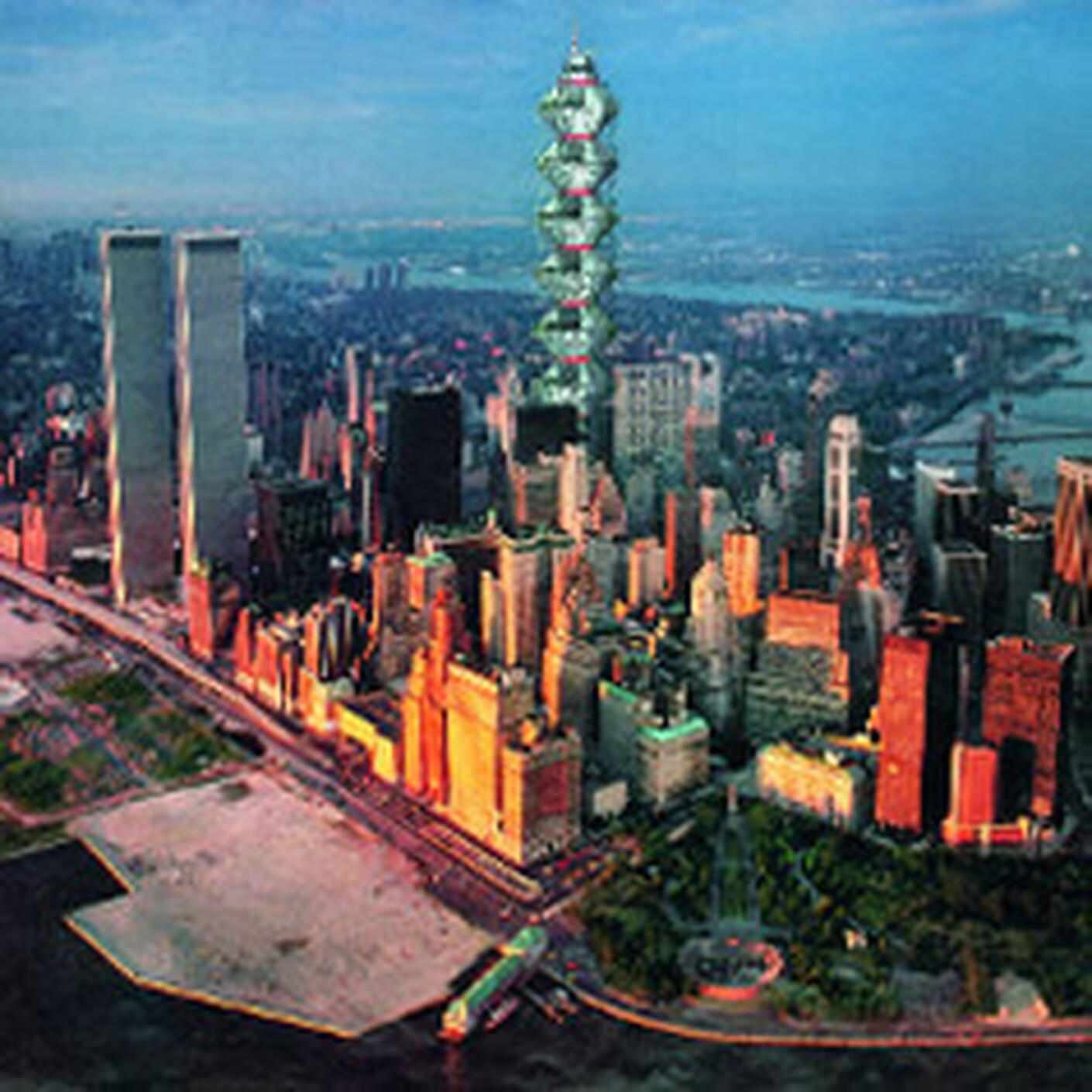 When the cities learnt to walk in superstructures – people stayed where they were, left to their own devices. Is this why yesterday’s future visions and utopias are suddenly back en vogue in architecture?
Advertisement