In the hotel it owns in the spa town of Bad Nauheim in the federal state of Hessen, a couple designed five themed worlds for cosmopolitan guests looking to get away from things.
5/2/2019

Doris and Peter Seher had no idea of the gem they were getting when at an auction they acquired a building dating from 1855 and located on Kurstrasse in Bad Nauheim. Only when they started talking with others about the property did they discover that the three-story building had originally served as a hotel. And that was not all: It was the most exclusive place in town. Formerly called “Europäischer Hof”, back then it was frequented by guests taking the waters in the spa town in the Wetterau region.

With the structure having been converted several times over the years to accommodate different uses, most recently as condominiums, it took two years to transform it into its present role. Now officially opened, the K7 boutique hotel boasts 19 rooms; the aim of the modernization and conversion was to preserve the historical building fabric while at the same time implement new ideas on the part of the hoteliers. On the basis of historical photographs, the facade was restored as far as possible true to the original. The staircase was also returned to its original state. The lady of the house, who runs her own interior concepts studio in Bad Nauheim, had very clear ideas about what the inside should look like.

To be more precise – five ideas: “I designed five worlds with different themes for the rooms, which our guests can now enjoy choosing between,” says Doris Seher. The themes are called “La Fleur”, “Urban”, “Marmor”, “Artroom” and “Kamin”, some of which have a feminine touch, with floral patterns and velvet, while others, aimed at young, urban guests, are more minimalist and boast concrete and wood elements. And street art is a must as well. Whereas in one room, white marble and black furniture set the tone, sculptures and furniture by an artist define another. And if you prefer things to be a little cozier you can relax in the fireplace room with its leather, wood, and velvet.

The five themes generate vibrant interplay in the communal areas, in the dining room for example, where the combination of sculptures of apes and curtains with plant motifs creates a deep-forest atmosphere. As diverse as the public areas and various rooms in the K7 Hotel are, the hotelier couple had the luxurious bathrooms designed in a reduced, uniform style. Doris Seher found a suitable partner for the shower cells in the firm Bette. Visiting a sanitation wholesaler, she was won over in particular by a cut of the “BetteUpstand”: the optional detail, which is available for various Bette shower trays, enables the titanium steel trays to be fitted flush with the floor.

“This is a really good, sustainable product, in particular for hotel bathrooms. It means that laborious cleaning and maintenance of the silicone seams in the shower area is a thing of the past, but that we nonetheless can feel at ease knowing that no unattractive, and especially not watertight places will result,” the designer and hotelier says. The model chosen for the K7 is the “BetteUltra” with its generous dimensions of 120 by 80 centimeters. As Markus Holm, facilities manager at Bette says, for the hoteliers the choice of color was just as important as the quality and details of the shower trays: “For the boutique hotel we delivered 19 shower trays in a dark matt color, as this way the dark anthracite hue of the bathroom floor is continued.” The enameled titanium steel shower trays are ideally suited for hotel use; with a clear conscience Bette can offer a 30-year warranty on the material, as it is robust, shock-proof and scratch-resistant – not to mention easy to keep clean. Just the right thing for a hotel which, as in olden times, is one of the best in the spa town. (mh) 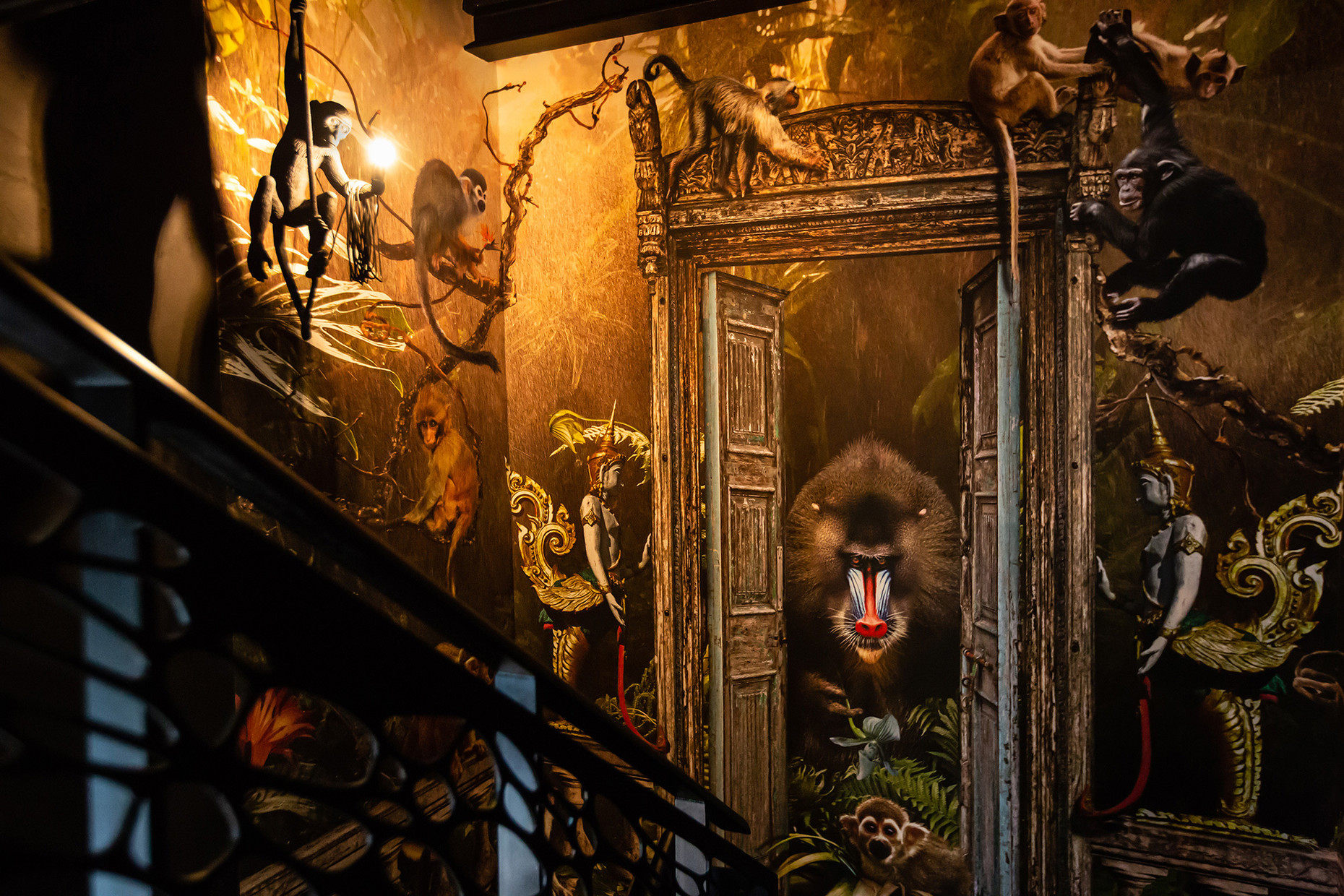 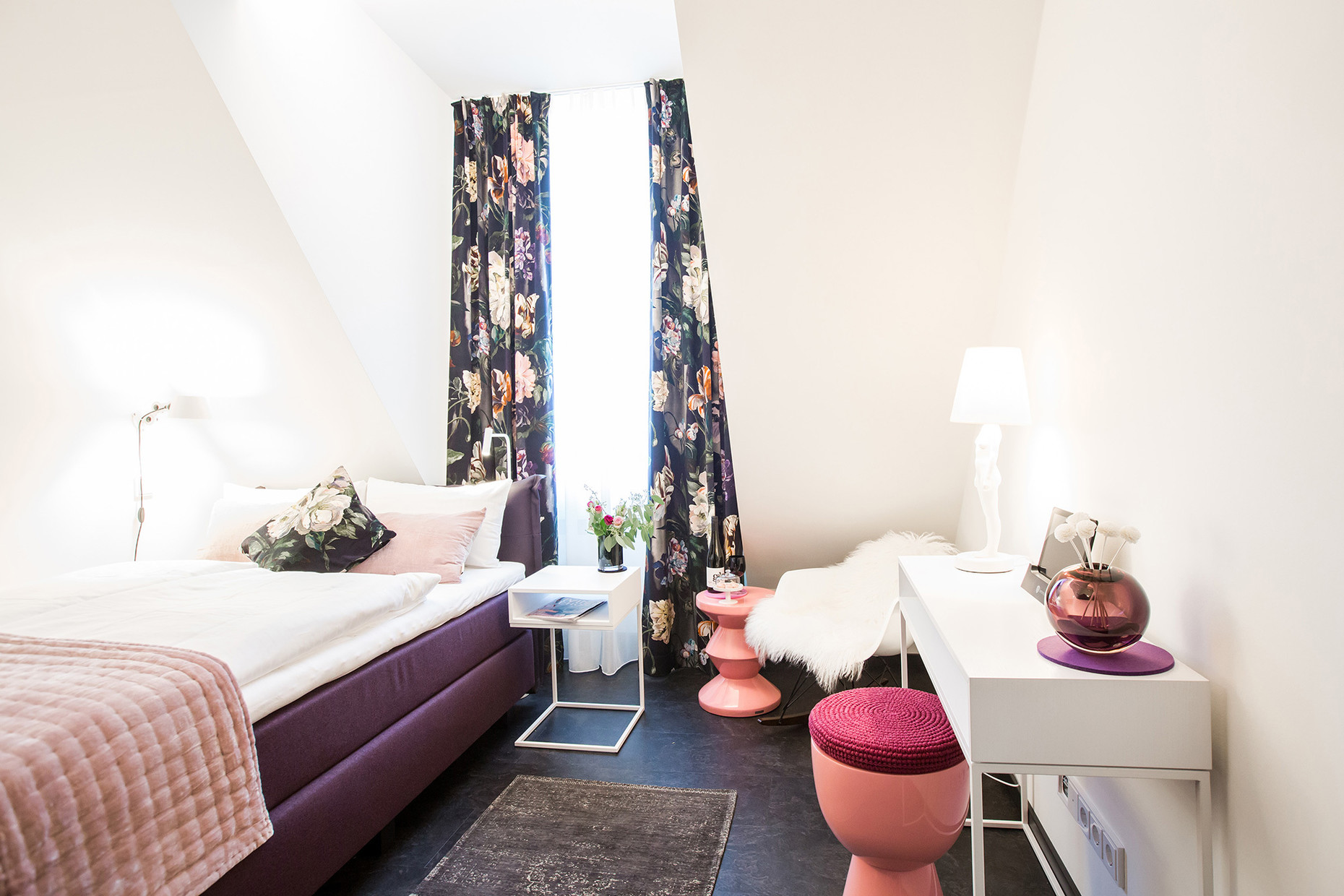 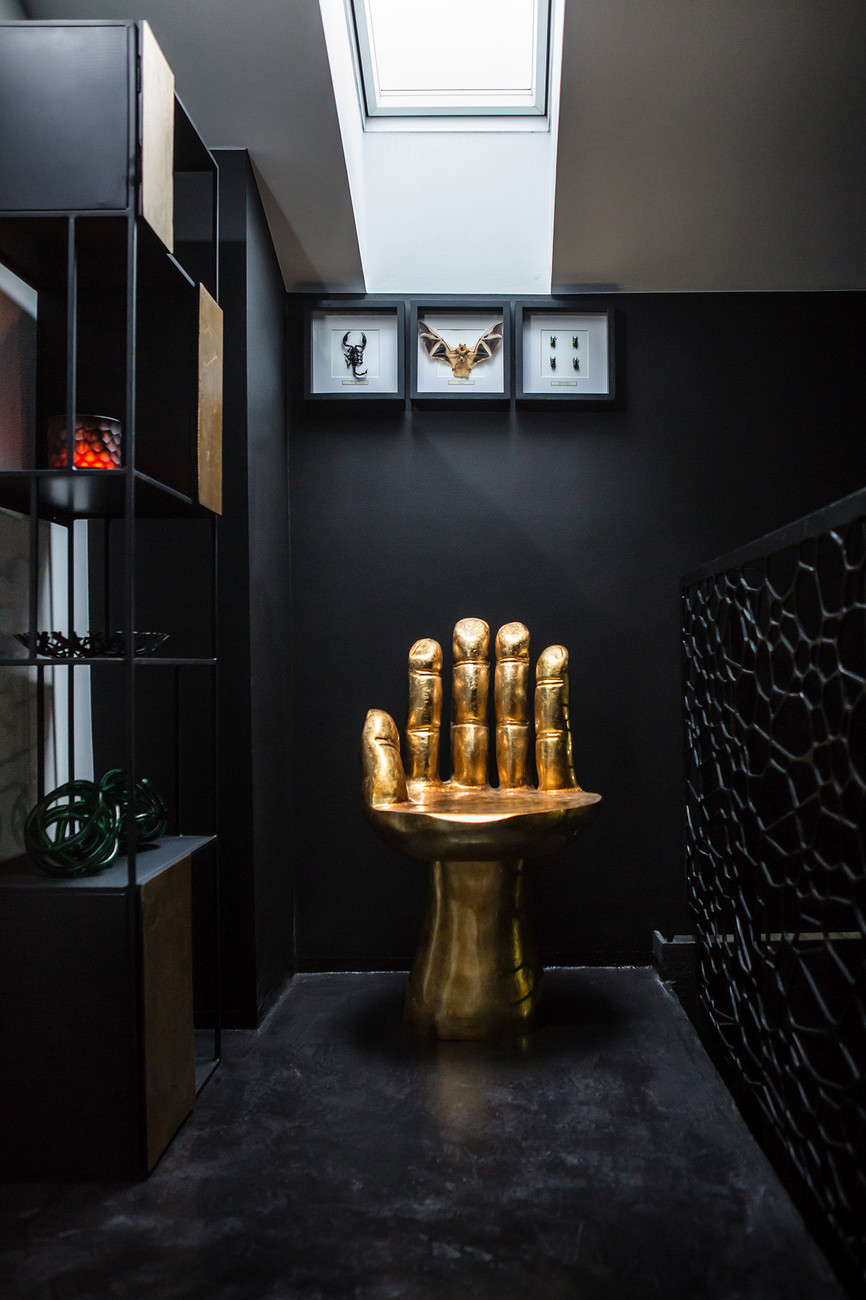 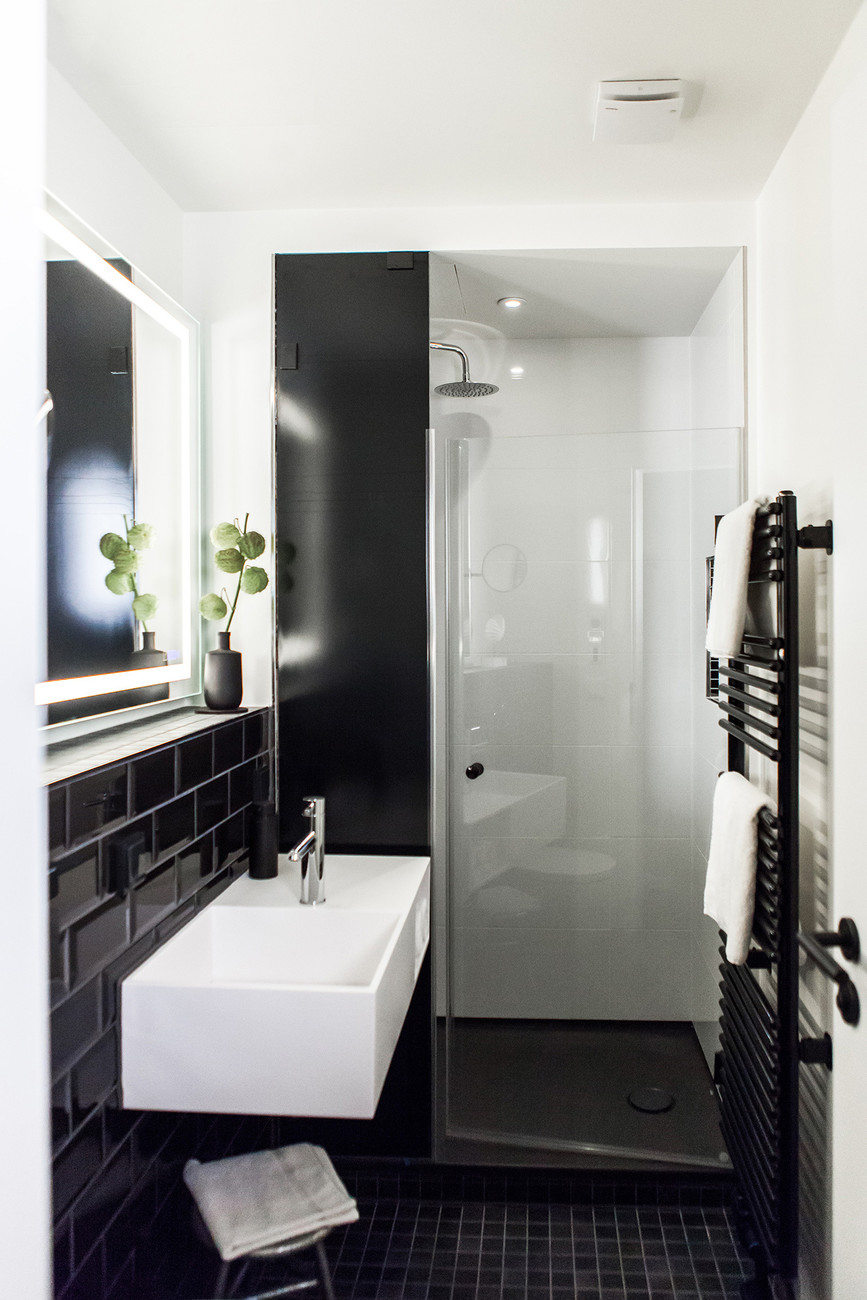 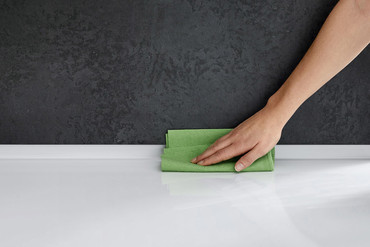 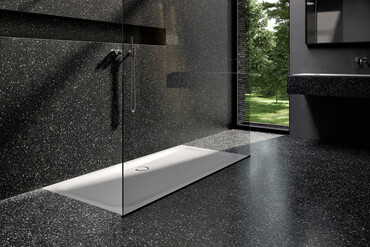 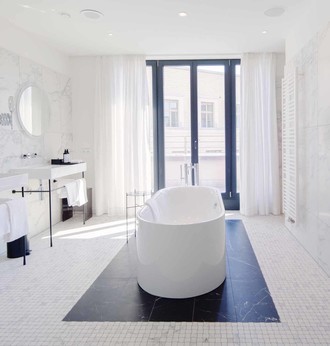 The boutique hotel “The Tortue” in Hamburg with products by Bette provides relaxation in a luxurious setting. 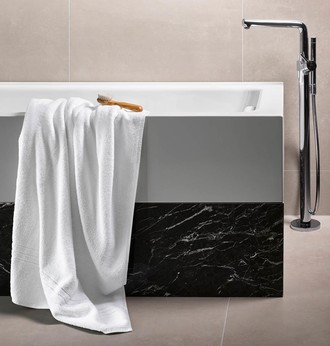 Guests to the 5-star InterContinental Ljubljana hotel can enjoy their leisure time with exclusive bathroom features by Bette. 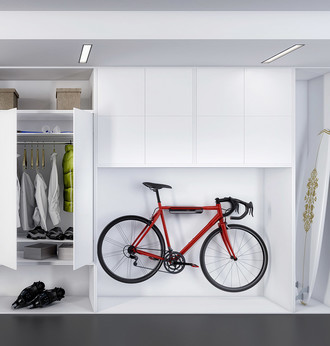 The premium owner-occupied apartments of Friends Tower in Munich are fitted with showers by Bette. 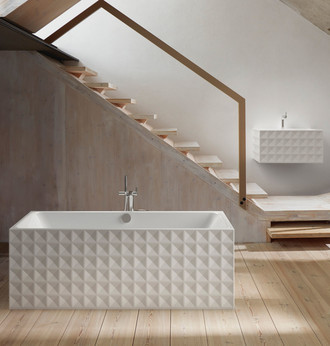 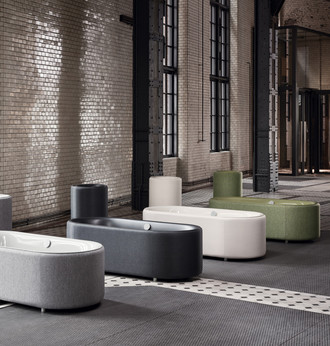 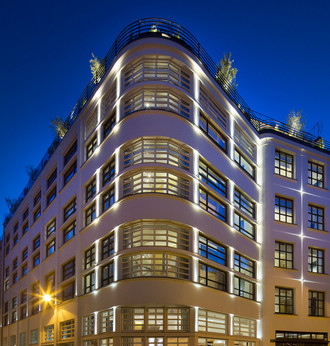 A real bath by the bed

In the rooms at the Parisian Le Cinq Codet hotel a bathtub by Bette plays the main role. 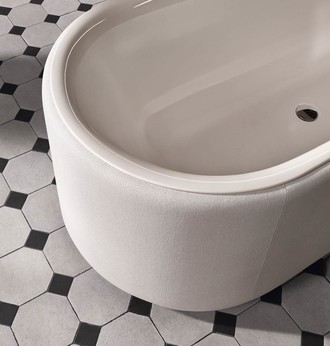