Even from a great distance, this unusual gray studio and holiday home overlooking Lake Krampnitzsee in Potsdam catches the eye thanks to its rough, indeed almost brutish charm, appealing to both passersby and the architecture community, who have made frequent mention of the building in the various specialist forums. Berlin-based architect Arno Brandlhuber is responsible for designing this “anti-villa”. Its use not only of unusual materials but also of premium details is impressive – for instance, the intercom system by Siedle which has been custom-built so that it blends with the façade .

Tearing down the buildings dating from the Communist era along the shores of Potsdam lakes and what used to be the border between East and West and putting ostentatious villas in their place is currently the order of the day. Brandlhuber has by contrast largely preserved the warehouse building which used to belong to a government-owned knitted fabrics factory in East Germany. He replaced the existing decrepit roof with a flat concrete one and had several windows knocked into the building’s narrow sides. Zigzagging irregularly, these openings attest to the destructive interventions by the new residents and the building’s conversion into a studio and holiday home. Leaving the rough gray pebble-wash rendering intact was a particularly provocative act as such exteriors once exemplified the drabness of the East Germany. Brandlhuber, who is well-known for his predilection for using unusual materials, sometimes with an archaic feel to them, thus underscores the architecture’s material qualities and firmly spotlights them.

With this in mind, for the building’s intercom system by Siedle he consciously forewent a stainless steel finish and, together with the manufacturer, developed a customized system based on “Siedle Steel” but one that was, in visual terms, in perfect harmony with the anti-villa’s rough façade. Brandlhuber opted for non-anodized aluminum as his material for the window frames because over time this develops a natural patina, making the same choice for the door intercom by Siedle. Artist Timo Klöppel made a silicon impression of the pebble-wash rendering which was then re-cast in aluminum by a foundry in the Black Forest. Thus “camouflaged” the communications system with its “façade surface” and even the letterbox really do appear to merge with the architecture. Moreover, the intercom’s manufacturing process references the manufacturer’s origins: “We looked into Siedle’s history and proposed a casting process that would link in with the company’s craftsmanship traditions which started in the 18th century when the company started casting bells for the clock industry “, explains Brandlhuber.

For the camera, the developers opted for a recessed position so that the video images seem as irregularly framed as the view from the windows – perfect mimicry by Siedle.
The building’s communications system is scheduled to be hooked up with the architecture studio in the Mitte district of Berlin in the near future. A Smartphone interface is also planned so that Brandlhuber will be able to operate the system easily and independent of location using the relevant app. (rw)

Siedle will be presenting its latest products at the upcoming Light + Building fair which is taking place in Frankfurt between March 13 and 18:
Hall 11, level 1, stand C56. 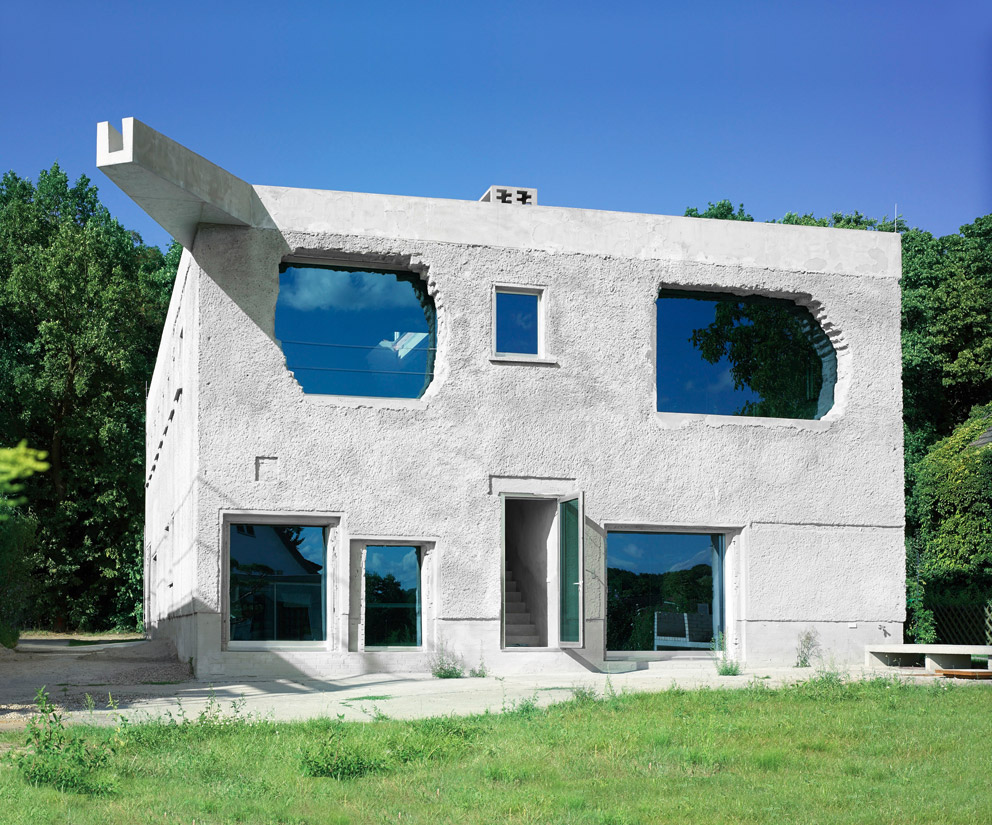 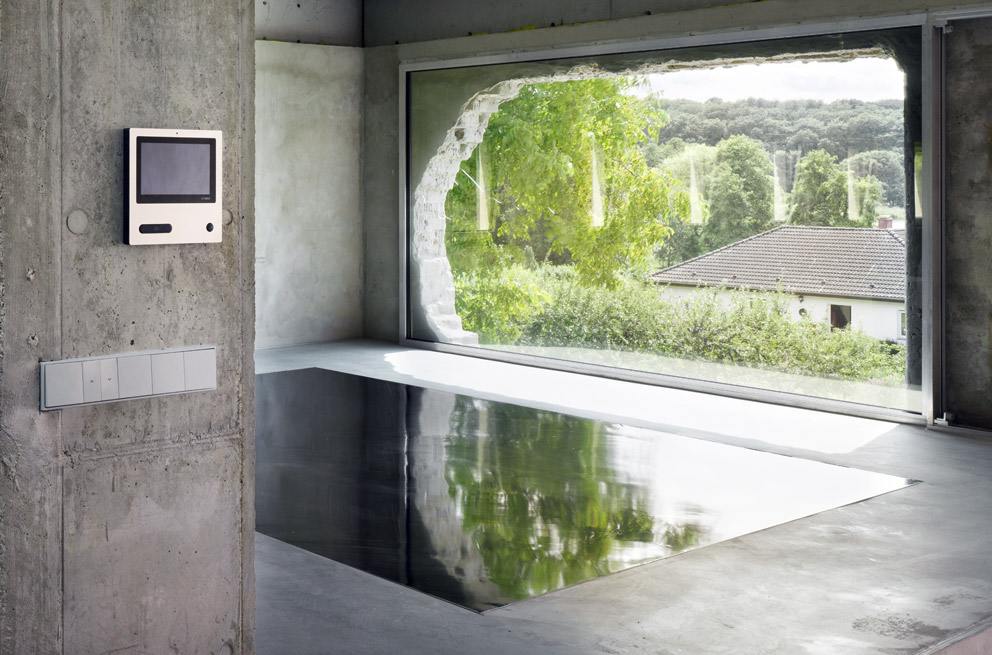 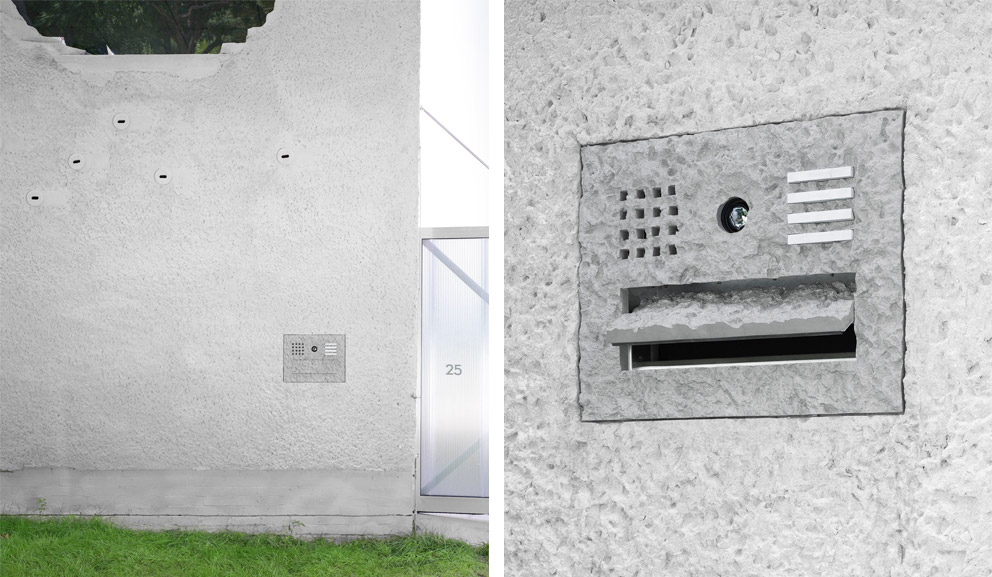 Based on the structural design of “Siedle Steel” – with typically quadratic perforation patterns – they designed a tailor-made intercommunication system, integrated perfectly in the façade. Photo © Siedle, Photographer: Achim Hatzius 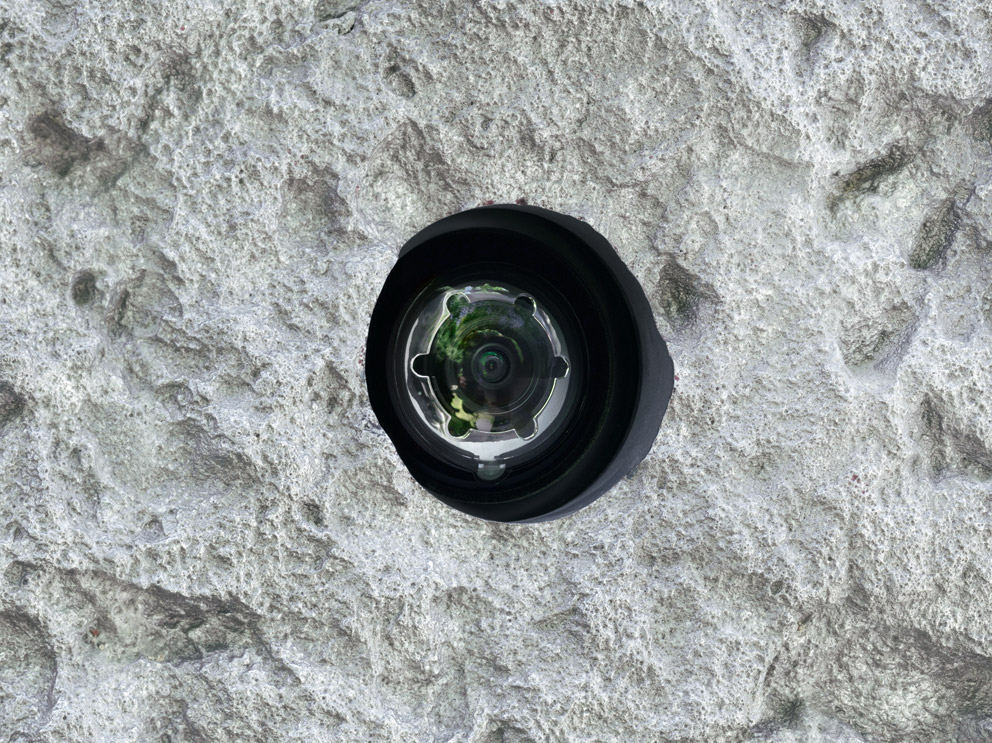 The installation of the video camera sets up the imitation of the view through the windows. The camera was integrated deeply into the façade, so that the irregular shapes of the openings become visible at the video screen at the inside. Photo © Siedle, Photographer: Achim Hatzius 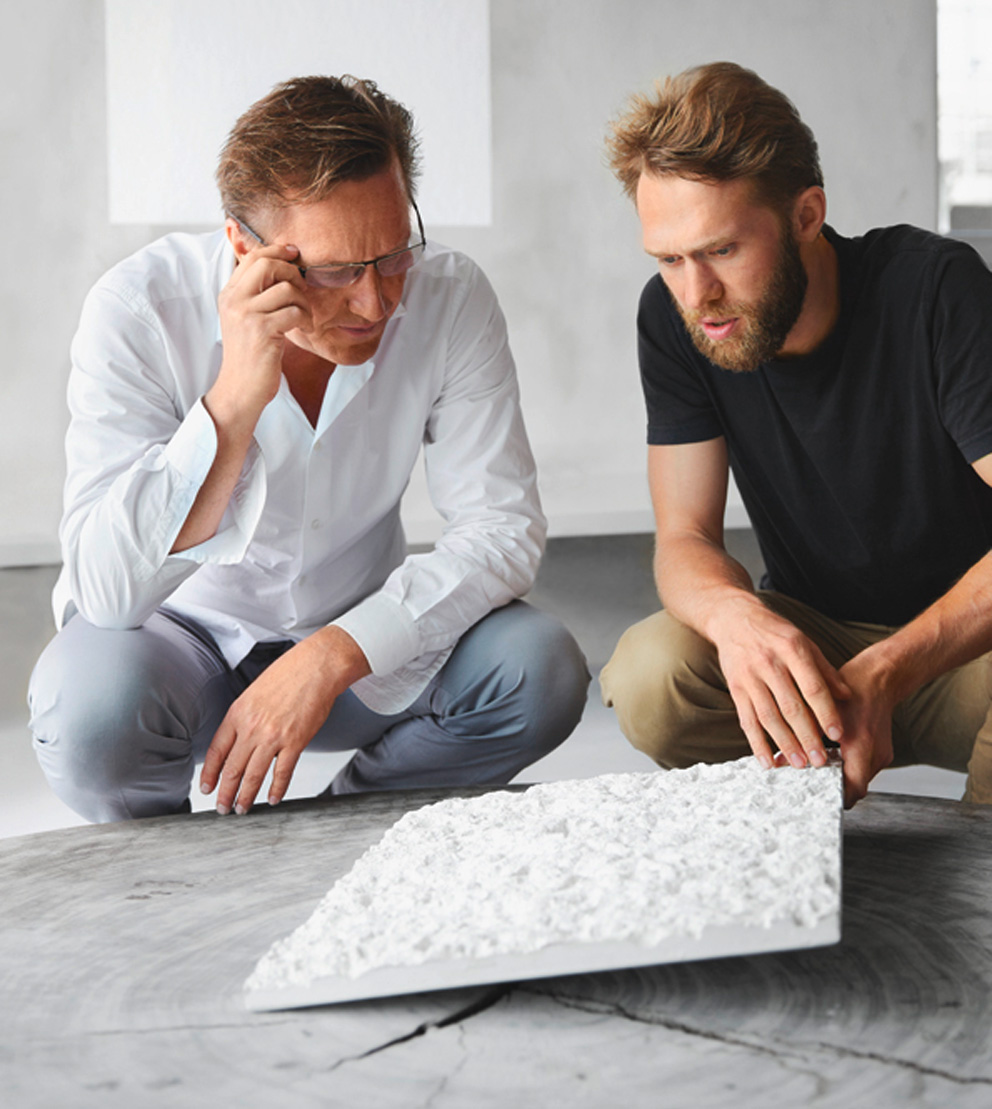 Architect Arno Brandlhuber with artist Timo Klöppel: A silicone imprint served as the model for the surface structure of the mailbox system, made of aluminium. Photo © Siedle, Photographer: Achim Hatzius 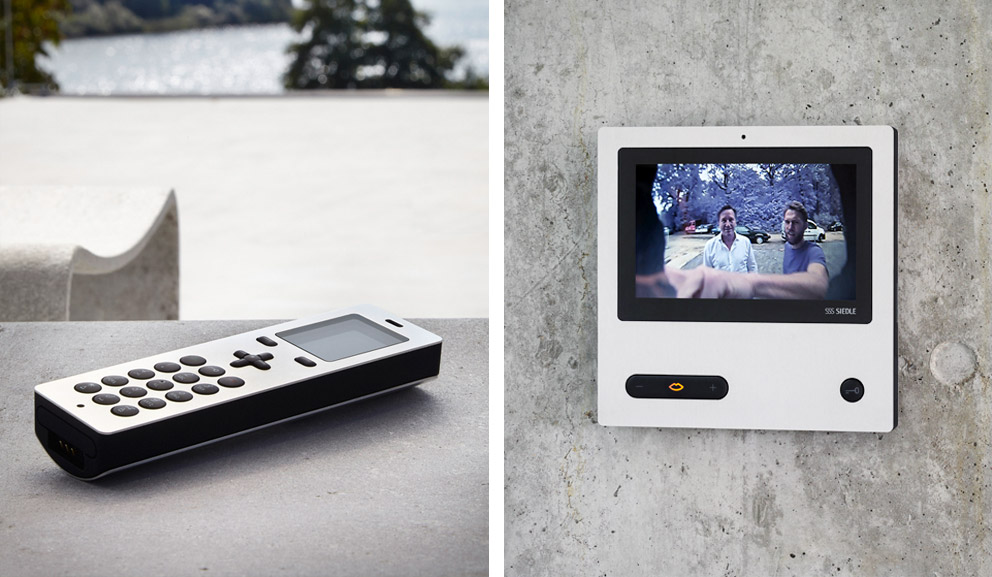 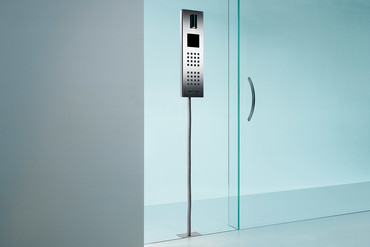 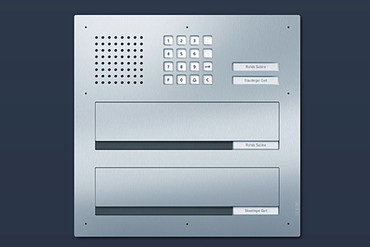 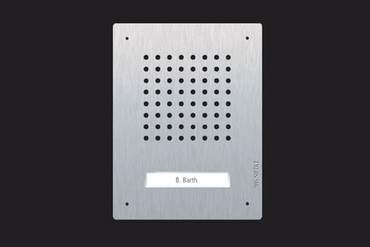 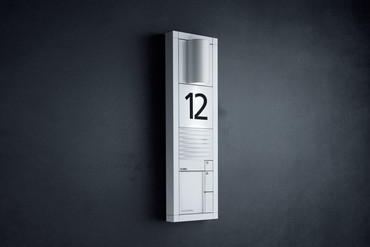