The art of wrapping

The wrapping of the Arc de Triomphe in Paris is the last installation by Christo and Jeanne-Claude. Arte now traces the life of the artist couple in a film and documents their work.
by Alexander Russ | 11/26/2021

From September 18 to October 3, 2021, Christo and Jeanne-Claude's last project was on view in Paris. The wrapping of the war memorial Arc de Triomphe in Paris, designed by architect Jean-François-Thérèse Chalgrin, was completed posthumously after the death of the two artists – Jeanne-Claude died already in 2009 and Christo in May last year. This is the second project in Paris, because already in 1985 both covered the Pont Neuf, the oldest bridge in the French capital. Arte now goes in the documentary "Christo und Jeanne-Claude – Die Kunst des Verhüllens" on a search and traces the life of the artist couple, who met in the late 1950s in Paris.

The film also documents the wrapping of the Arc de Triomphe and provides insights into the partnership between Christo and Jeanne-Claude in the form of exclusive archive material. It also shows the often years-long, sometimes decades-long preparation for the respective projects: For example, planning for the wrapping of the Arc de Triomphe began as early as 1961, while other projects from the 1960s onward included the wrapping of a coastal strip in Australia, a stretched curtain through a valley in the Rocky Mountains in Colorado, and the wrapped Reichstag in Berlin, with which the artist couple turned the everyday into something special. Among the most recent installations is "Floating Piers" from 2016, in which Christo connected Italy's Lake Iseo to the mainland with floating piers and let visitors walk across the water. Another project is "The London Mastaba" in 2018, an installation of stacked oil barrels on the Serpentine Lake of London's Hyde Park, which was modeled in its overall form on the "mastaba," the traditional burial structures of ancient Egyptian culture. The wrapping of the Arc de Triomphe, which was covered with a total of 25,000 square meters of polypropylene fabric in silver blue, is the final work in an oeuvre that was characterized by an uncompromising artistic commitment. 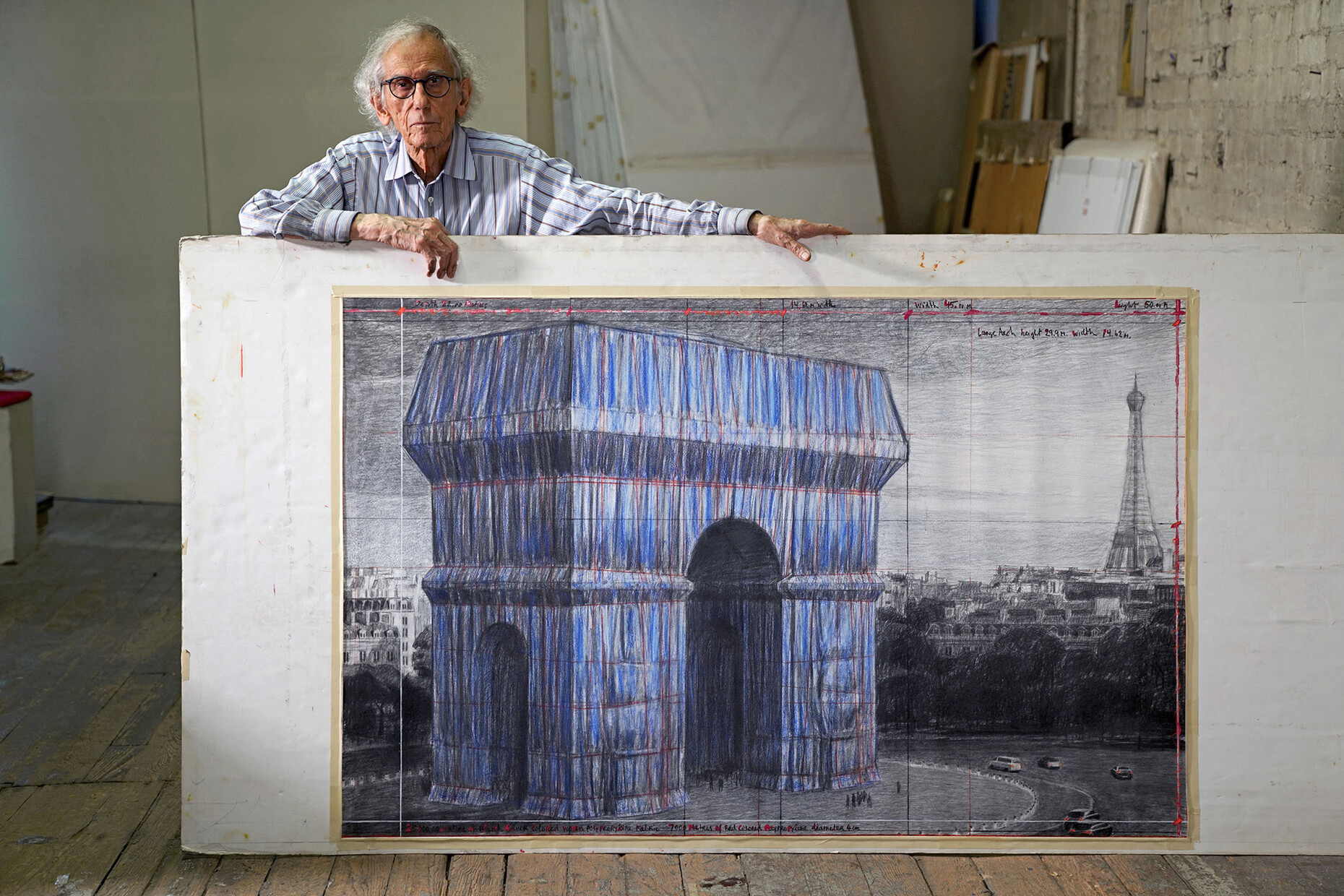 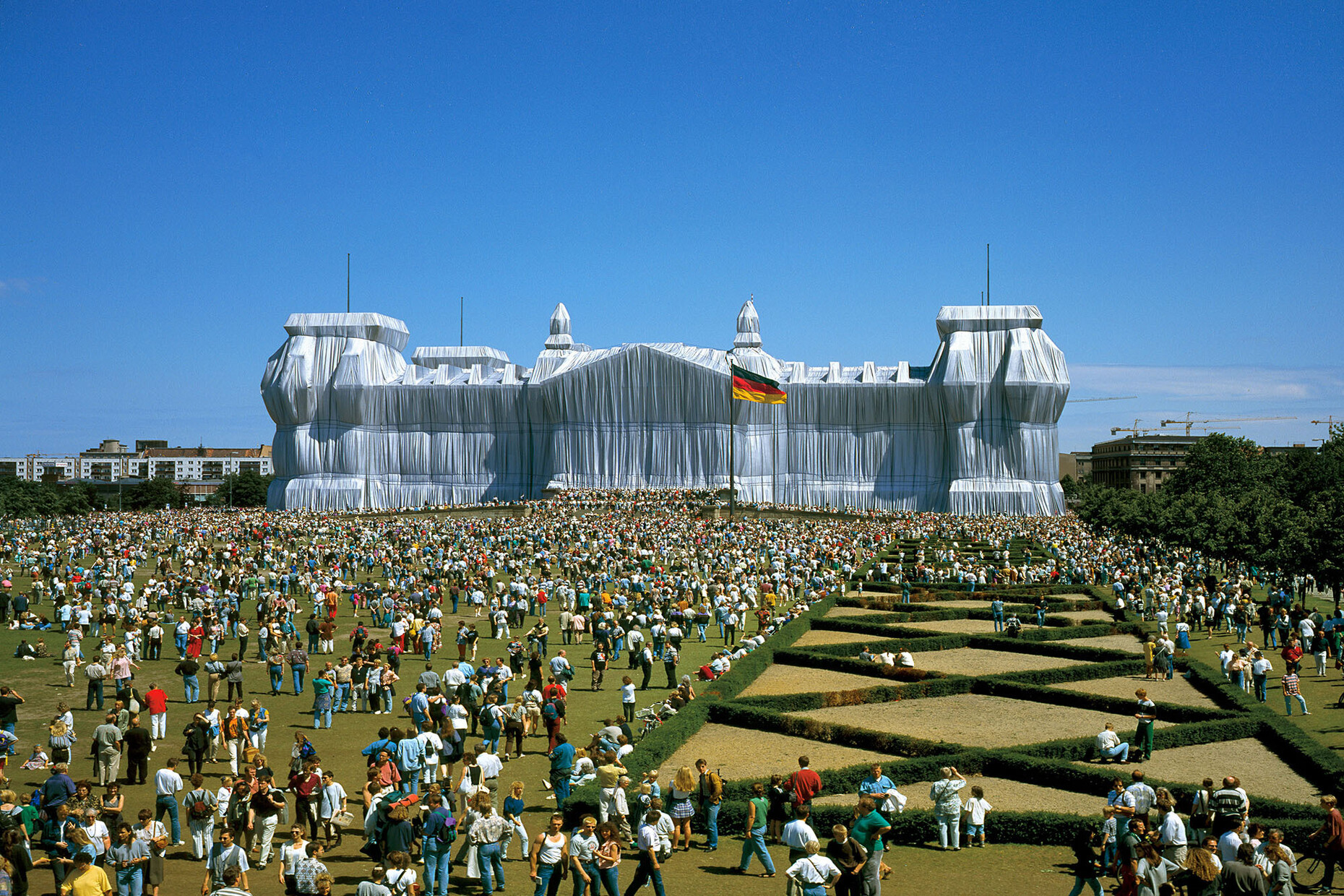 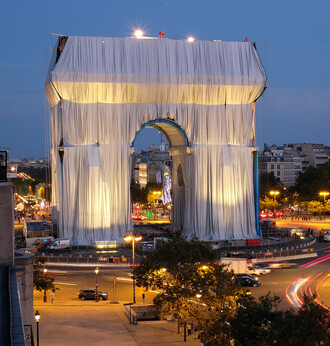 From 18 September to 3 October 2021, the last project of the artists Christo and Jeanne Claude will be on display: The wrapping of the Arc de Triomphe in Paris. 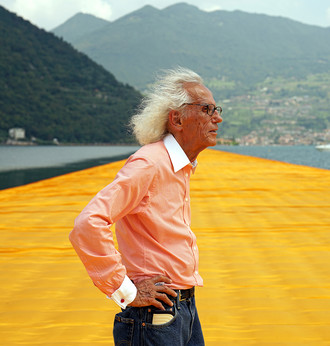 Artist duo Christo and Jeanne Claude achieved international fame with their spectacular ‘wrapping’ projects, pushed the boundaries in the process and giving us new ways of seeing things. Now Christo Javacheff has died in New York City at the age of 84. 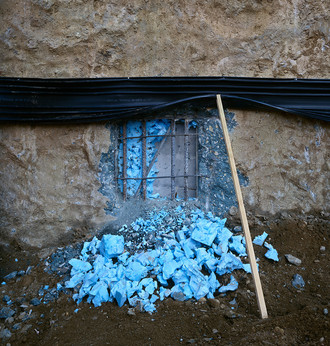 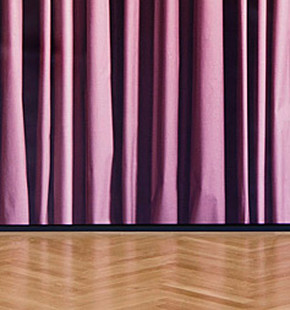 The curtain that is no curtain

Thomas Demand has clad the historical Metzler Hall in Frankfurt's Städel-Museum with a curtain that is no curtain but is rather a picture of one. The artwork is called "Hall" and would not have been possible without the assistance of Danish textile makers Kvadrat.
Advertisement