FLOS presents a re-edition of the classical luminaire "Chiara" by Mario Bellini, along with a small product family.
by Anna Moldenhauer | 12/8/2020

"Instead of saying 'let's draw a luminaire', I thought about designing an apparatus that could hold an artificial light source and send this light back into the environment with a certain intelligence and grace," says Mario Bellini. On a large piece of cardboard, he sketched a surface that could be rolled up into a cylinder to form a shaft at its upper end at an angle of 45 degrees. Like wings, it was supposed to open to guide the light, to the left and right, up and down. However, the light source itself should always remain concealed in the base so as not to glare the user. At the bottom of the cylinder, it left two cut-outs through which the light could be felt diffusely into the room. That was 1969, and "Chiara", the "clarity", was created.

Together with FLOS, the Italian architect and designer realised his design of the floor luminaire made of polished stainless steel, whose shade, painted white on the inside, reflects the light and lets it shine into the surroundings. Thanks to its unusual shape, the glossy material and a size of 145 centimetres, the luminaire is very charismatic even when switched off. And in many ways it plays with contrasts: Despite its impressive presence, it fits effortlessly into a flat cardboard box thanks to its foldable, origami-like structure. "Chiara" is a prime example of Bellini's joy of experimentation and determination, thanks to which he constantly managed to rethink what was given and create innovative approaches.

A good fifty years later, FLOS, together with Mario Bellini, is launching a re-edition of the classic floor lamp, modernised in the details. "Chiara" is further enhanced by a smaller, lighter version in aluminium, with a choice of dark grey and rose gold finishes. The fine humour of Bellini can still be felt in the re-edition. Thus he once described the shape of "Chiara" in the children's book on design "Il design spiegato ai bambini" as "a nun-shaped lamp that lets the light come out of her white hat". 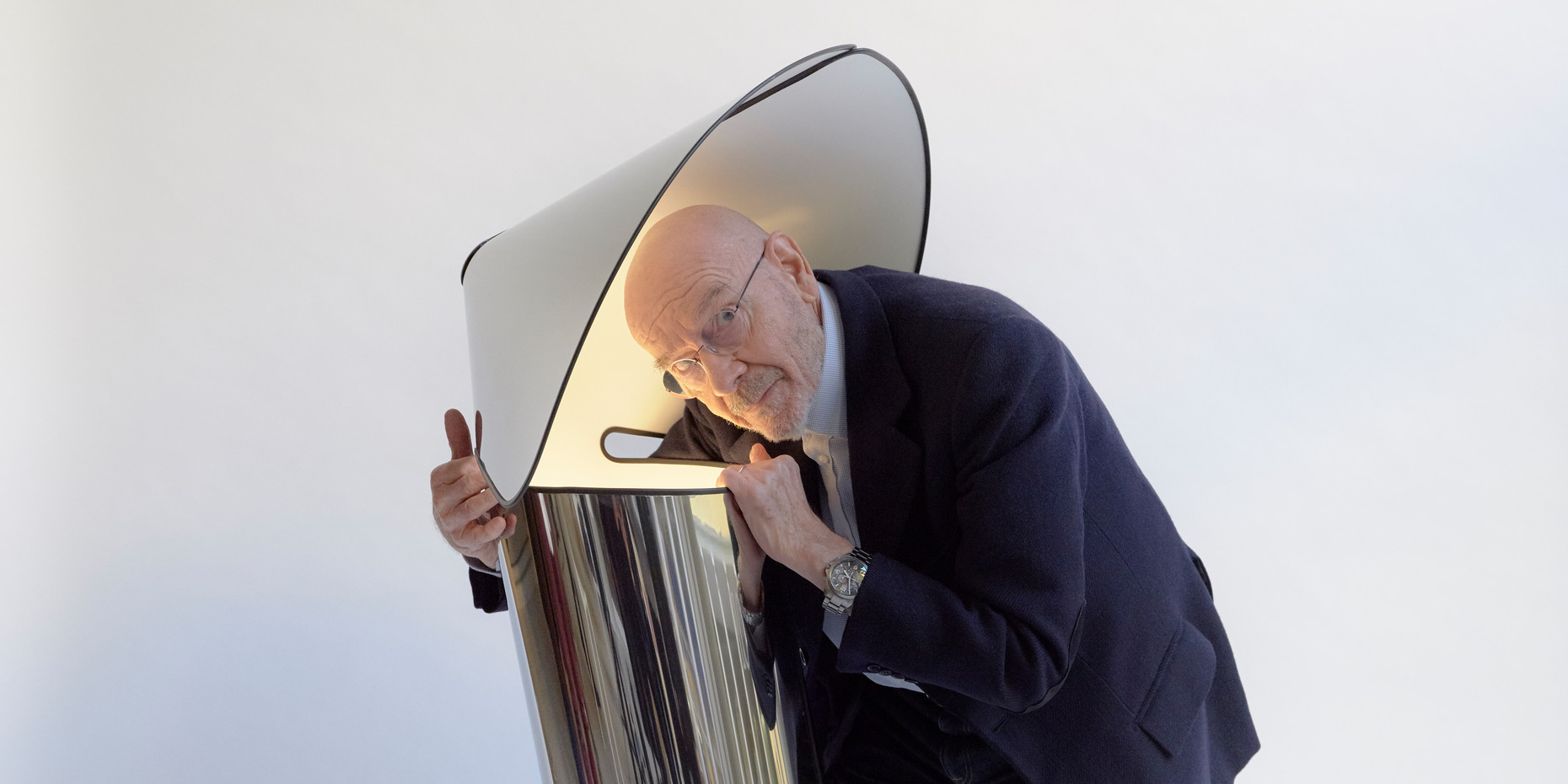 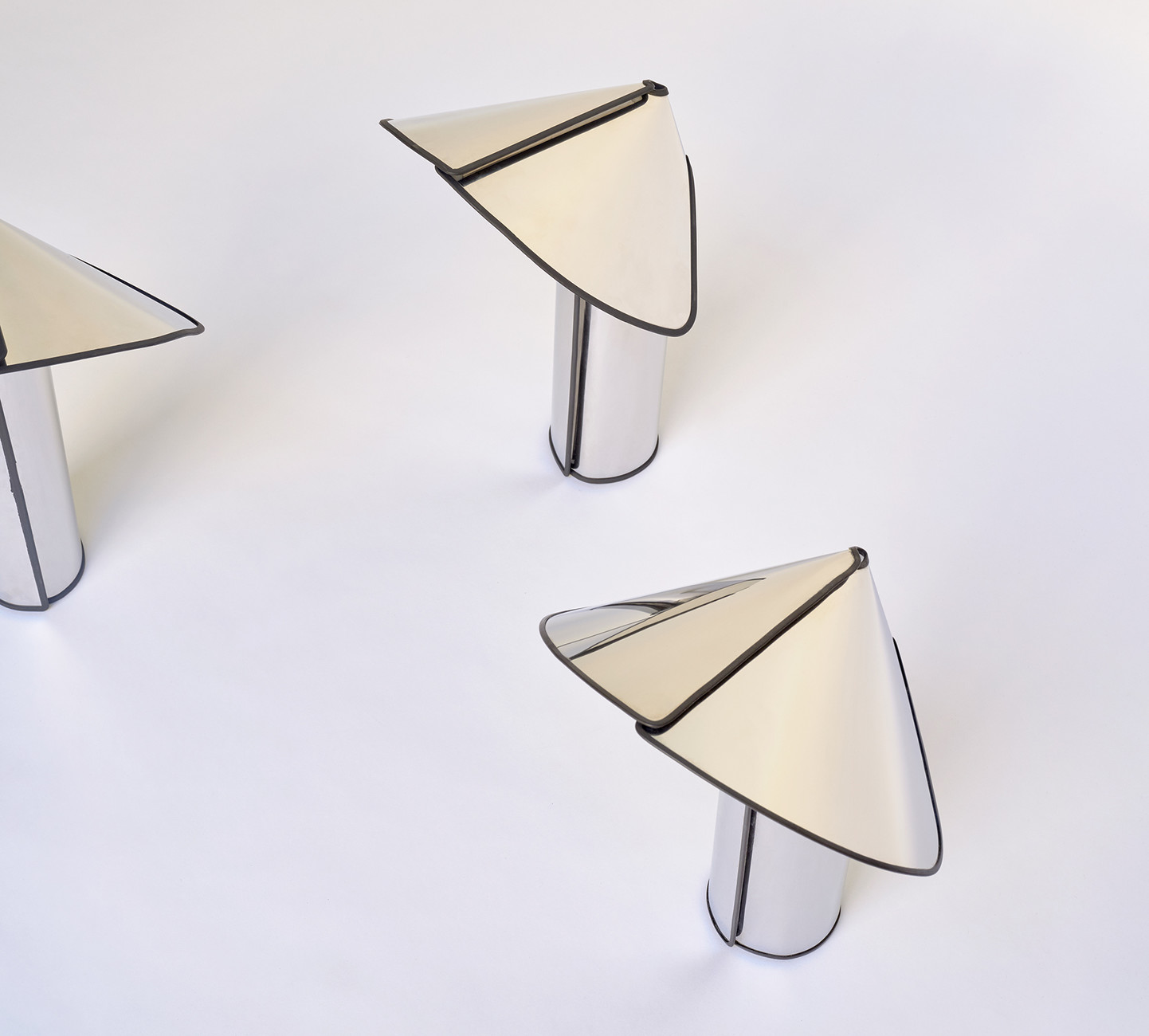 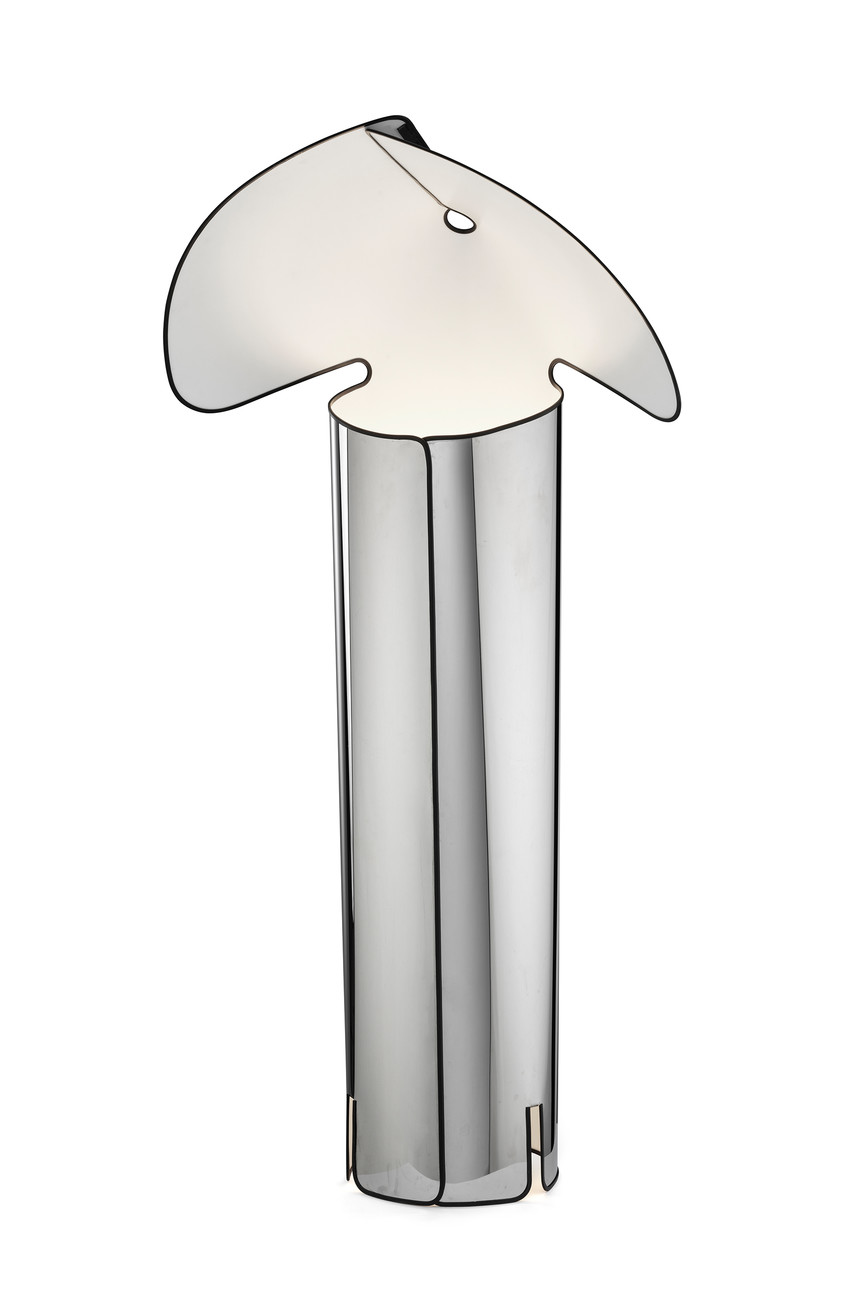 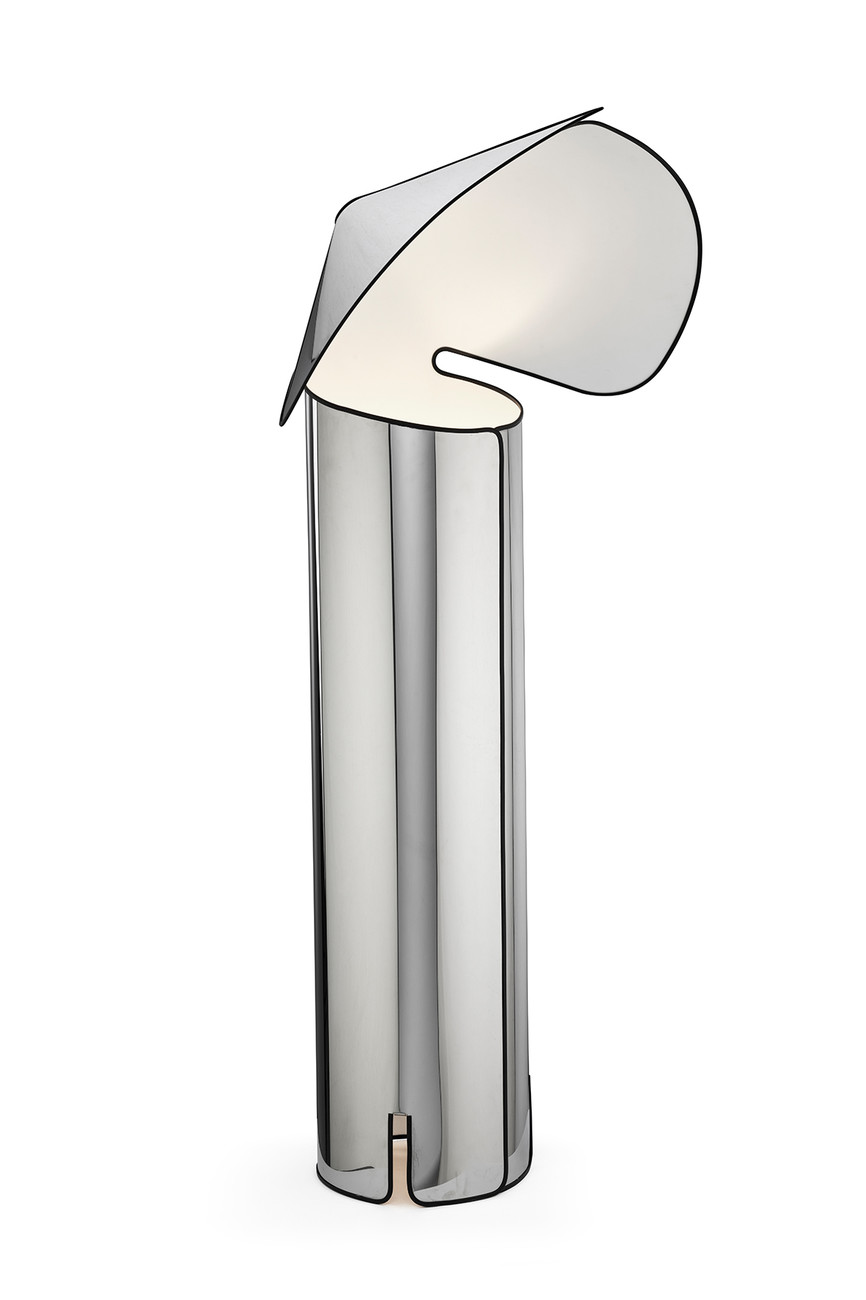 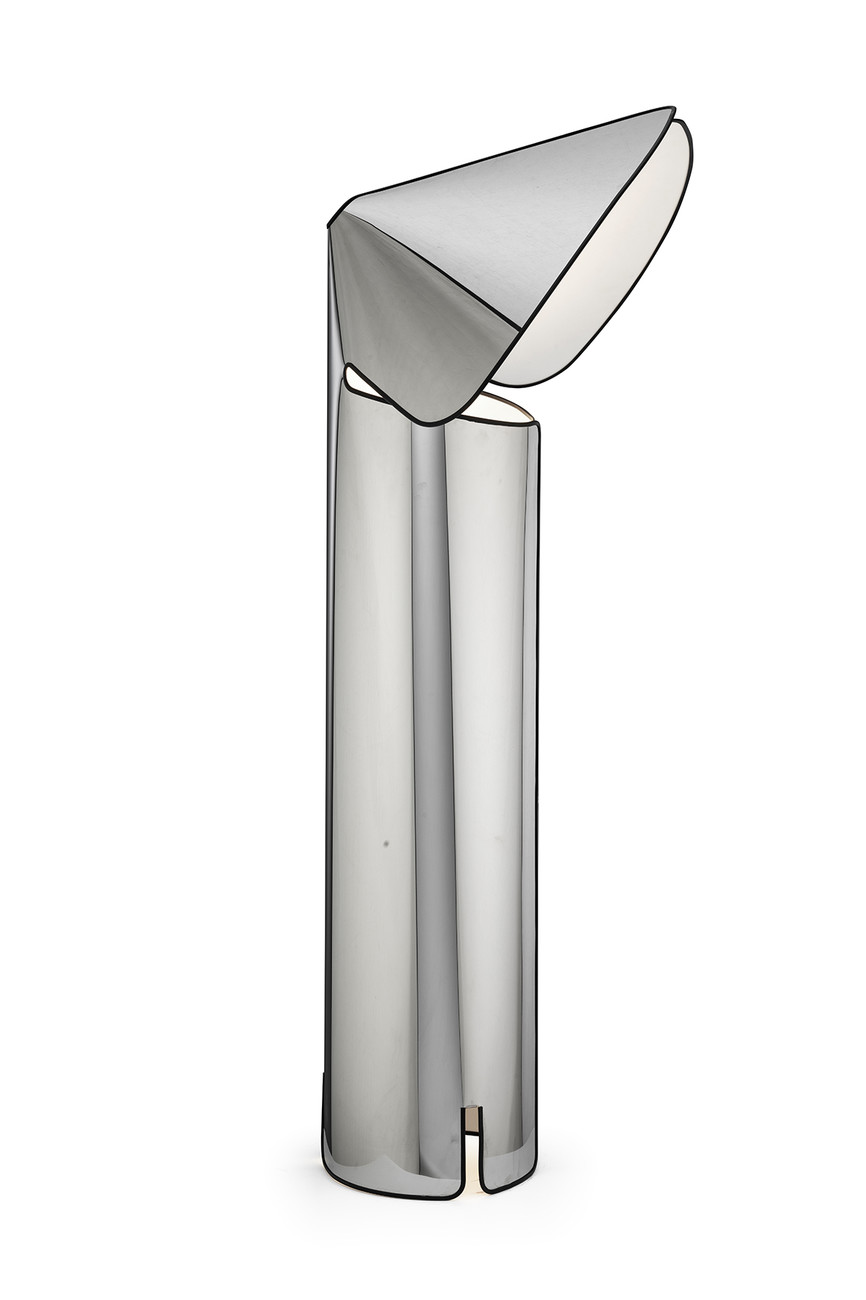 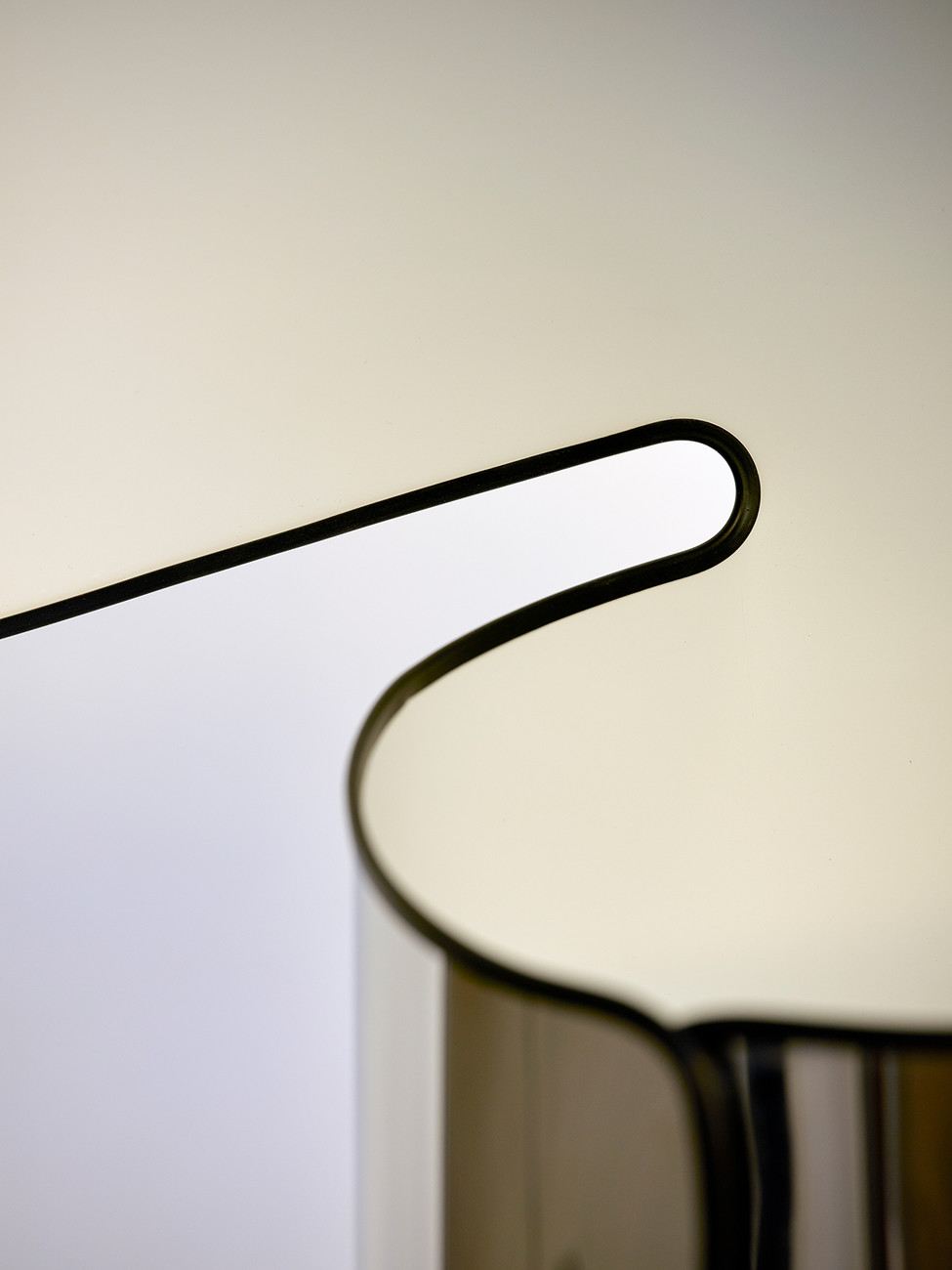 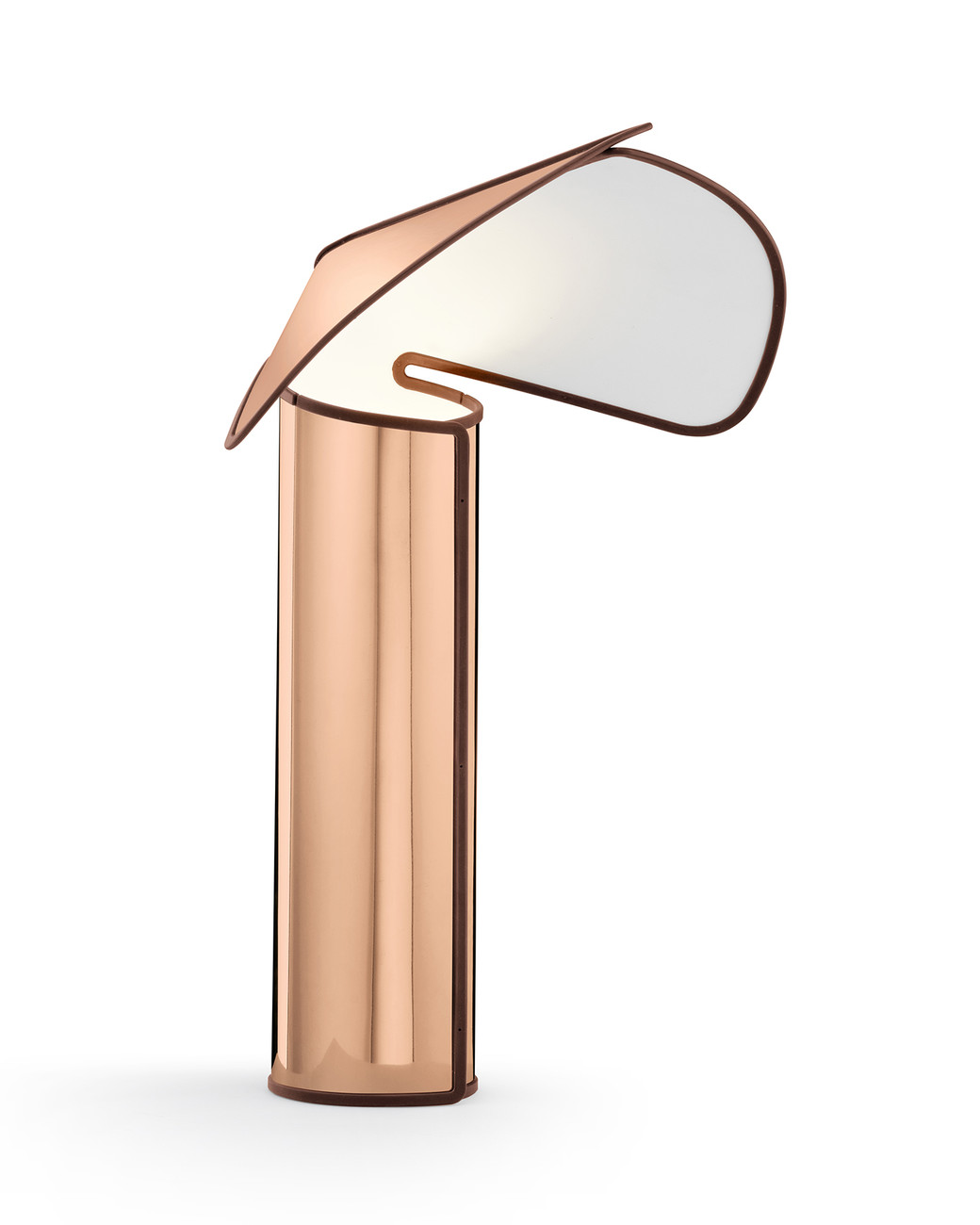 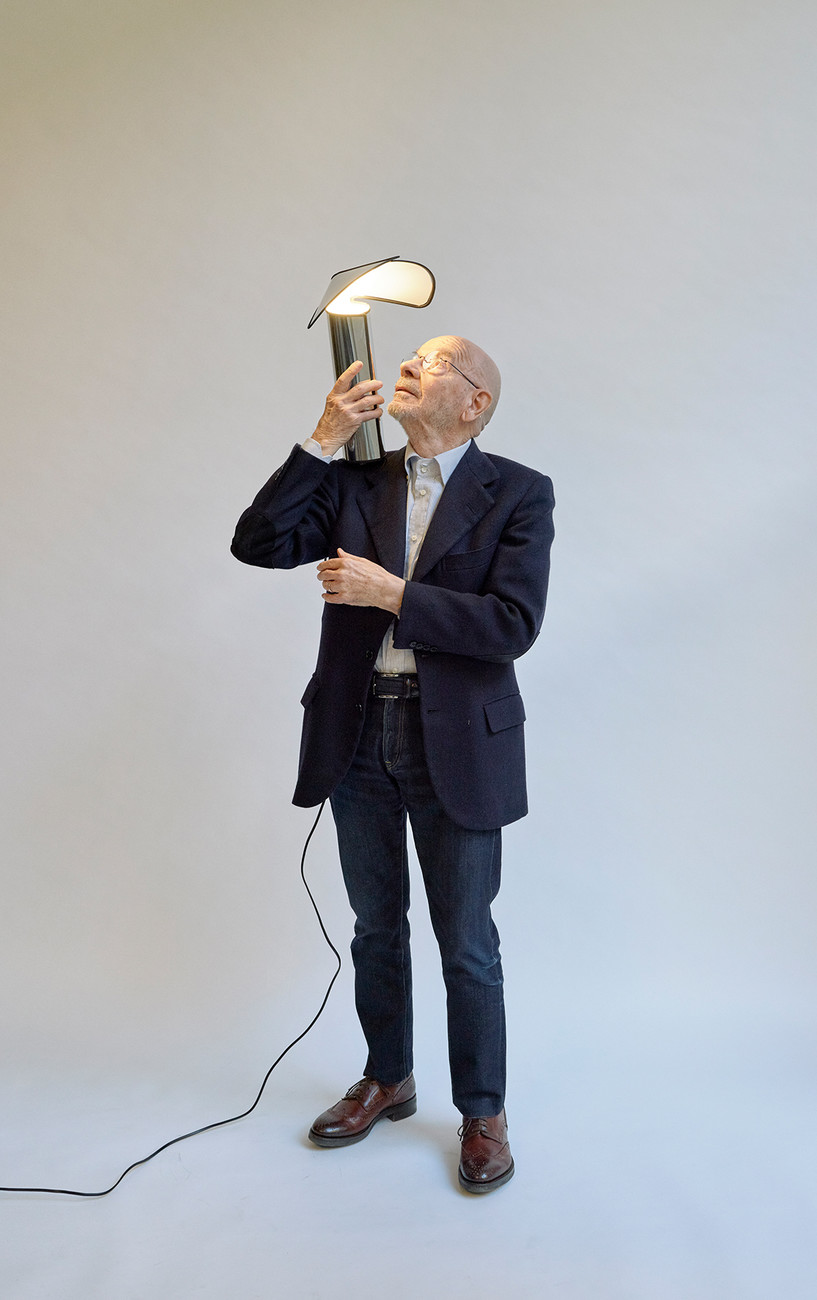 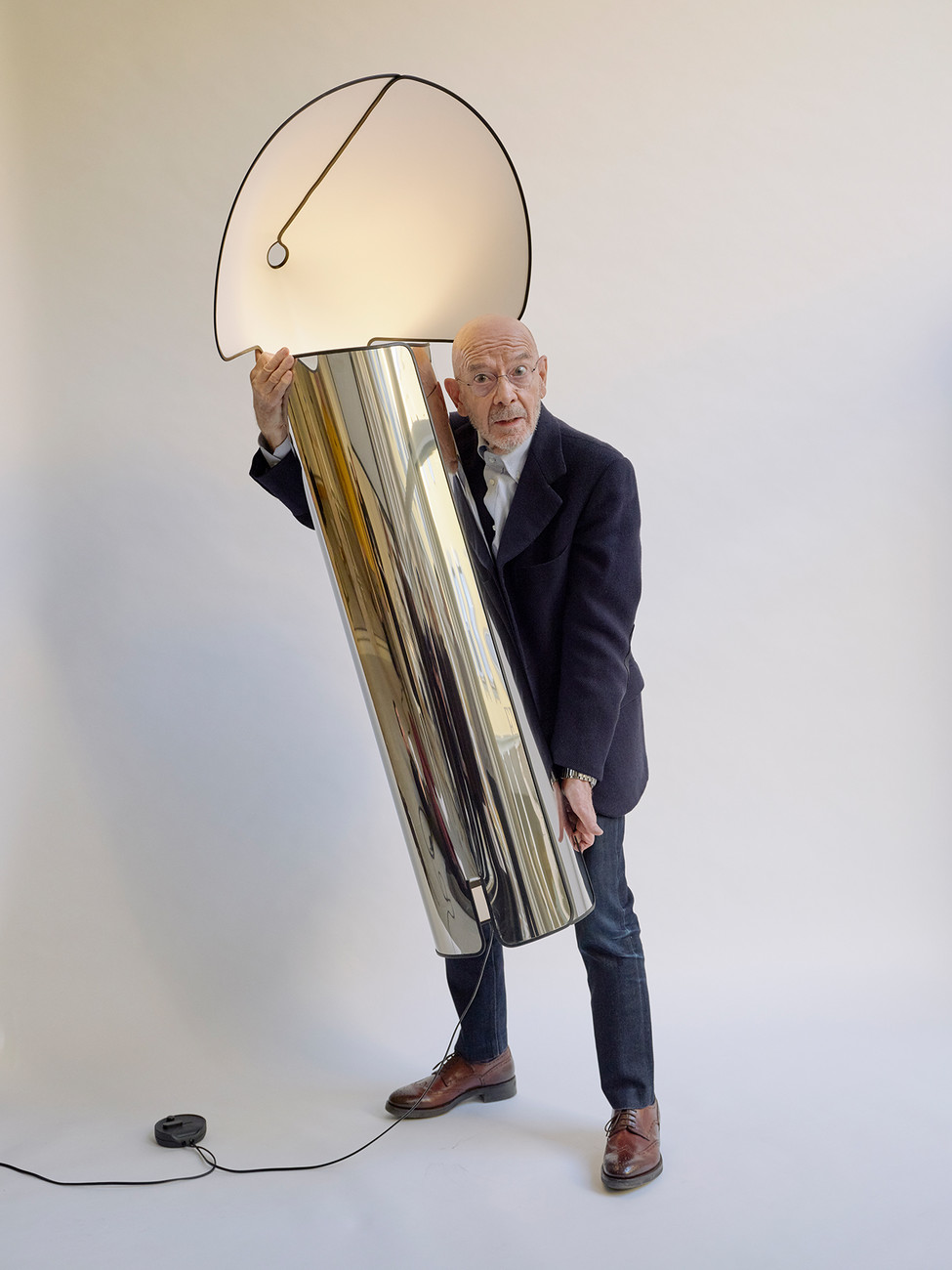 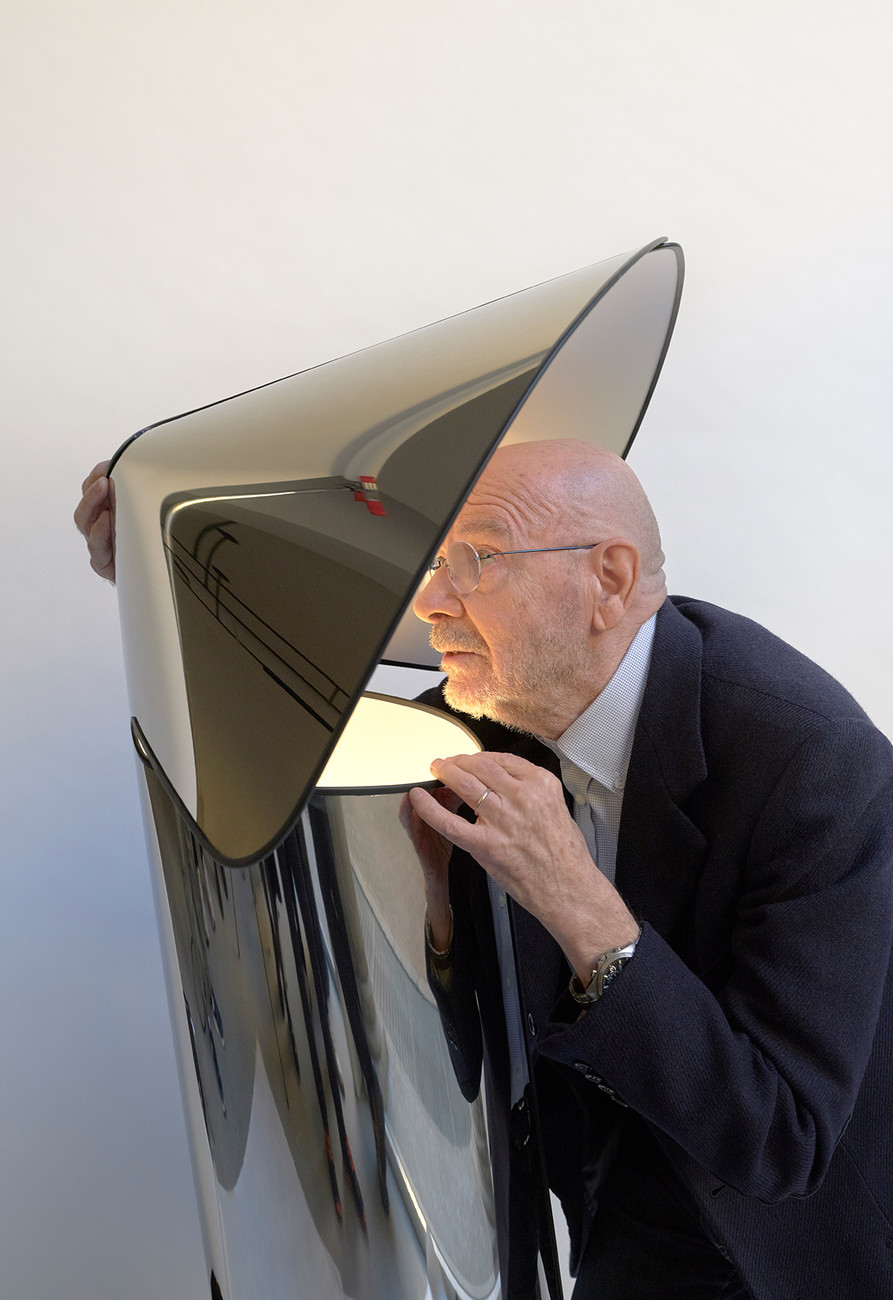 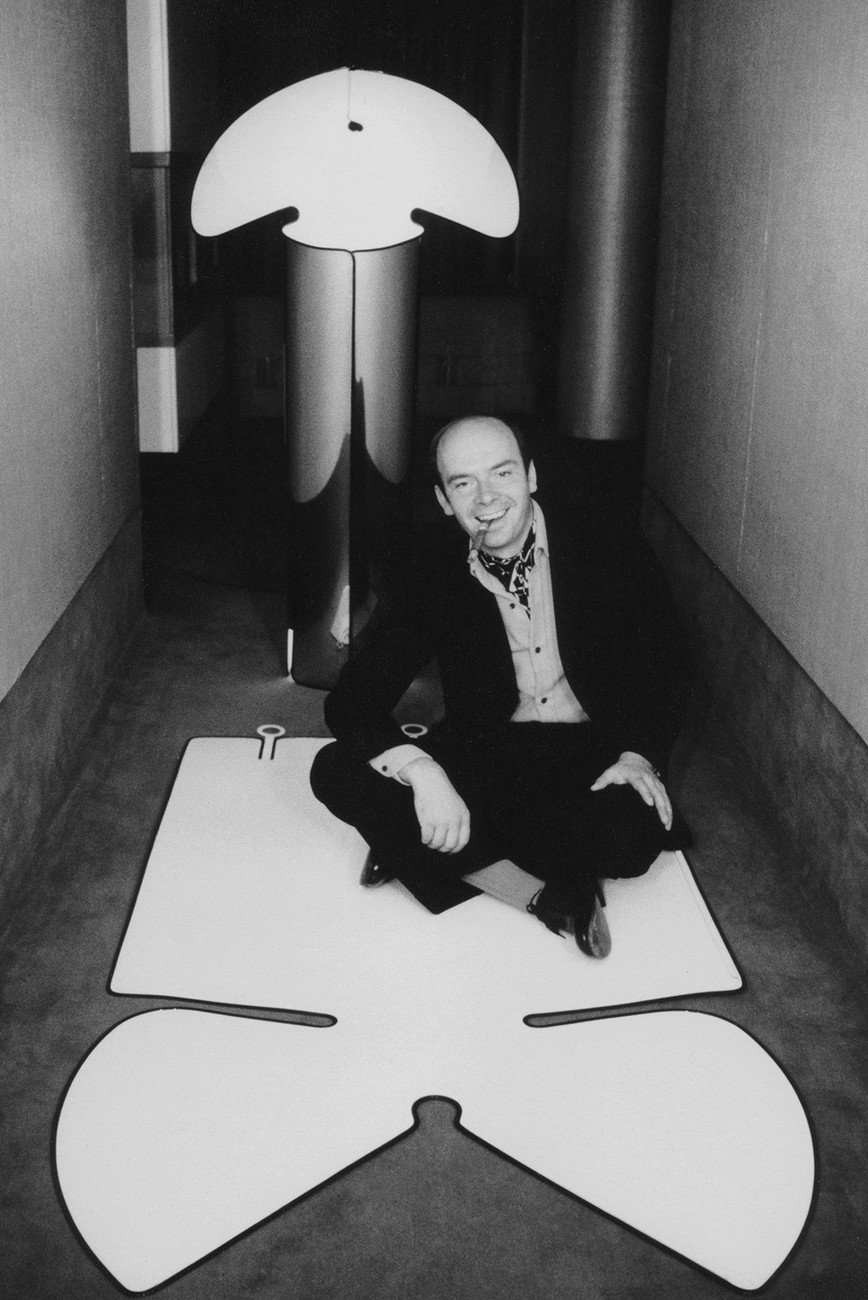 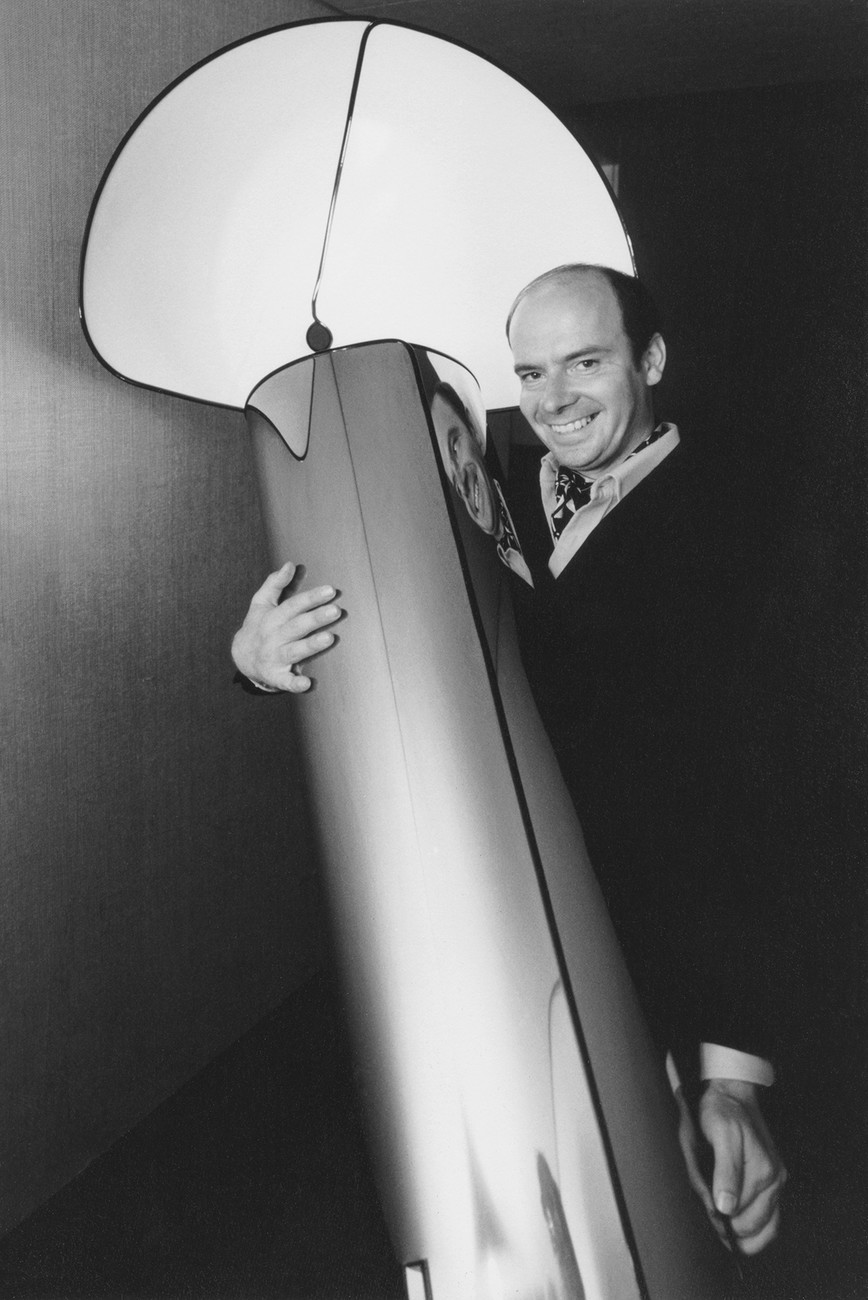 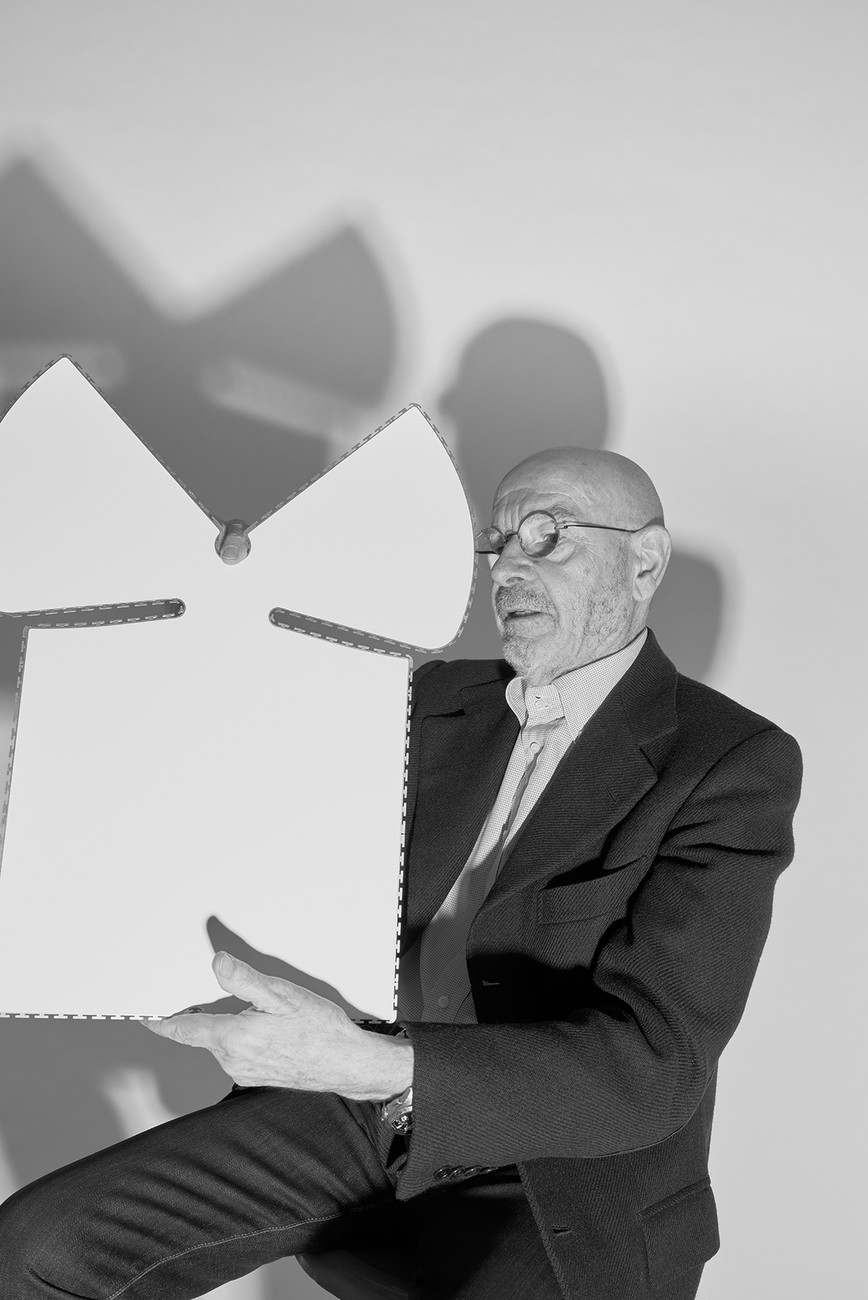 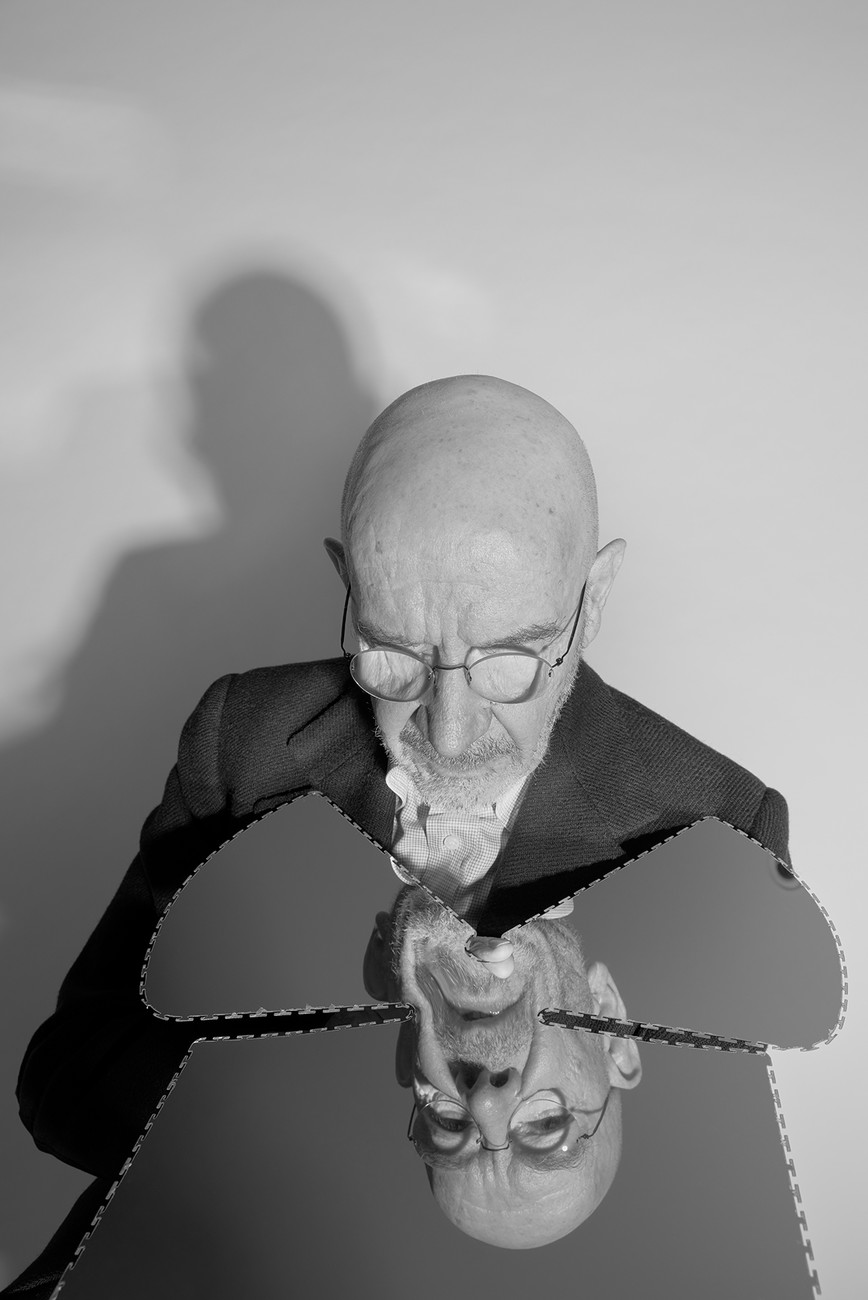 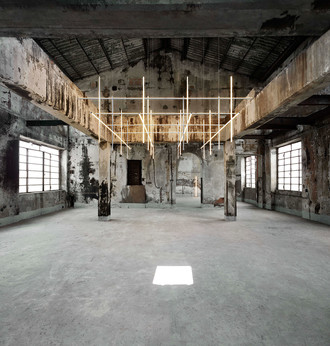 In the form of "Coordinates" Michael Anastassiades has designed an elegant luminaire collection for FLOS offering a range of options from the subtle to the spectacular. 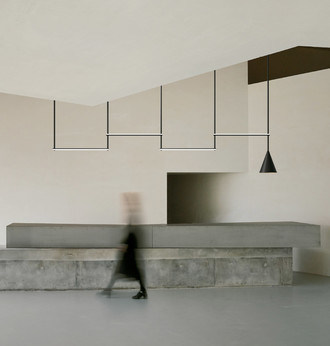 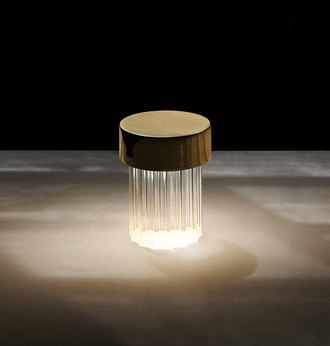 Michael Anastassiades has created an exquisite table lamp for FLOS, which gently illuminates the atmosphere of the evening. 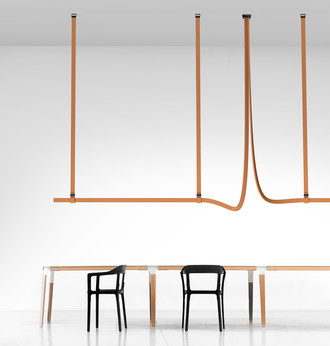