It all started with a coincidence - in the course of the development of "Guise", a contemporary LED luminaire family with atmospheric light for the Spanish luminaire manufacturer Vibia, Stefan Diez installed one of the prototypes on the ceiling on a experimental basis. What was once planned as a free-standing version, is now expanding the collection of horizontal pendant luminaires to include a vertical version that will soon be ceiling installed and suspended from ropes. While "Guise" remains discreetly in the background when switched off, as it consists mainly of transparent glass, it provides an indirect, glare-free light when switched on, creating a pleasant ambience. This effect is particularly pronounced with the wall luminaire from the family, which almost fuses with the background as a circular glass pane. The prerequisite for this is a particularly pure glass without a green tint, which is otherwise mainly used in chemical laboratories: Borosilicate glass.

The designer drew inspiration for “Guise” from two technical processes, that have probably not been combined in this way before, namely first the phenomenon of total internal reflection in illuminated signs and second the sheer craftsmanship of Bohemian glass-cutting. When light is fed laterally into a glass pane, it is reflected from one side to the other without exiting, i.e. it remains in the glass. Only a cut or open edge offers this a way to the outside. "It starts to glow where the glass surface is interrupted," says Stefan Diez. The light thus passes through the engraving patterns from the glass body itself and does not cast any shadows. The LED-tipped boards, which interrupt the glass cylinder like a filigree seam, remain practically invisible. The result: pure light, without disturbing factors such as visible light sources or reflectors. “Guise” is regulated by a sensor activated when the object is approached. The next step in the further development of the collection leads Stefan Diez outside – the designer is currently thinking about an outdoor version of “Guise” for Vibia. 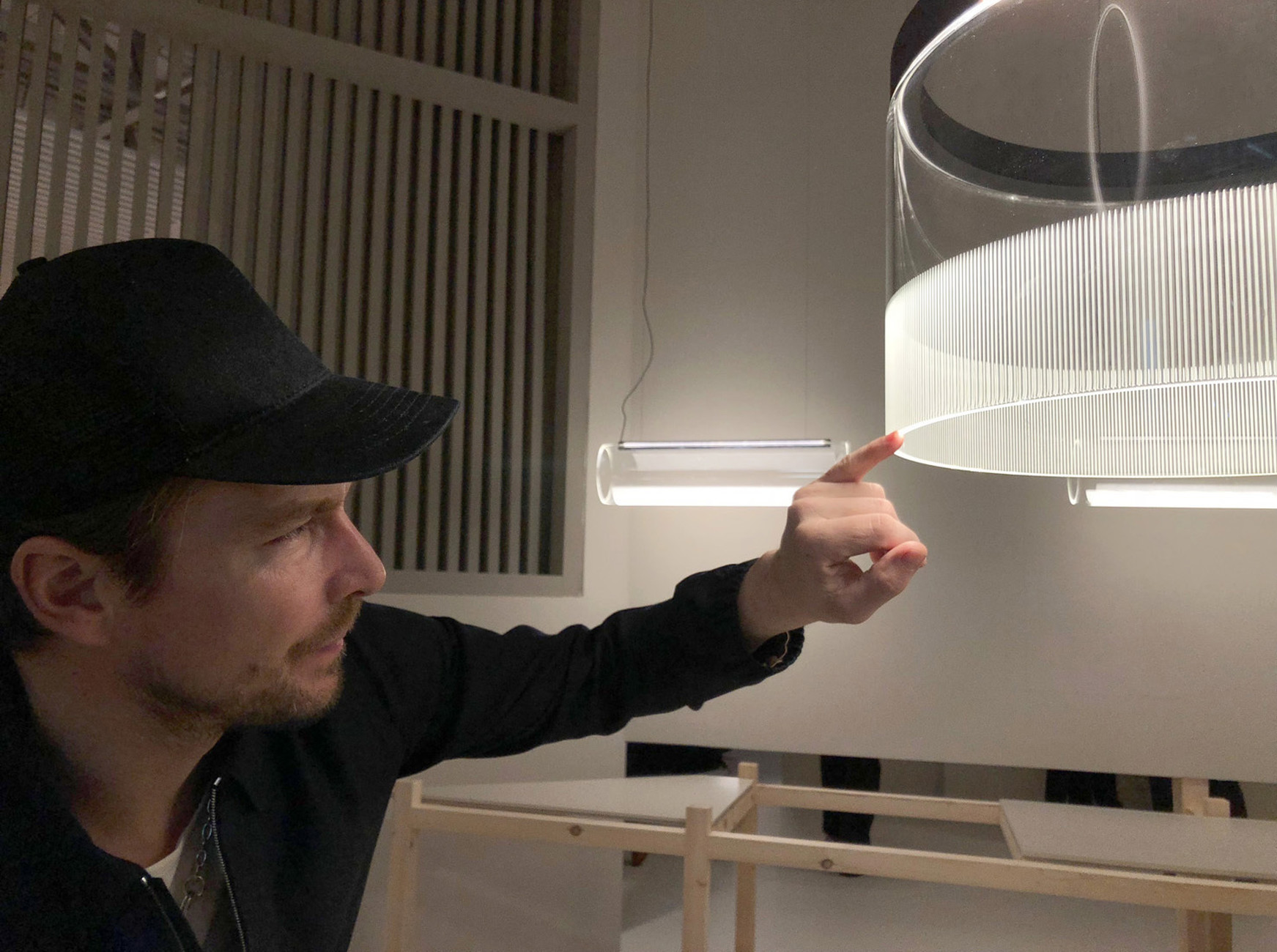 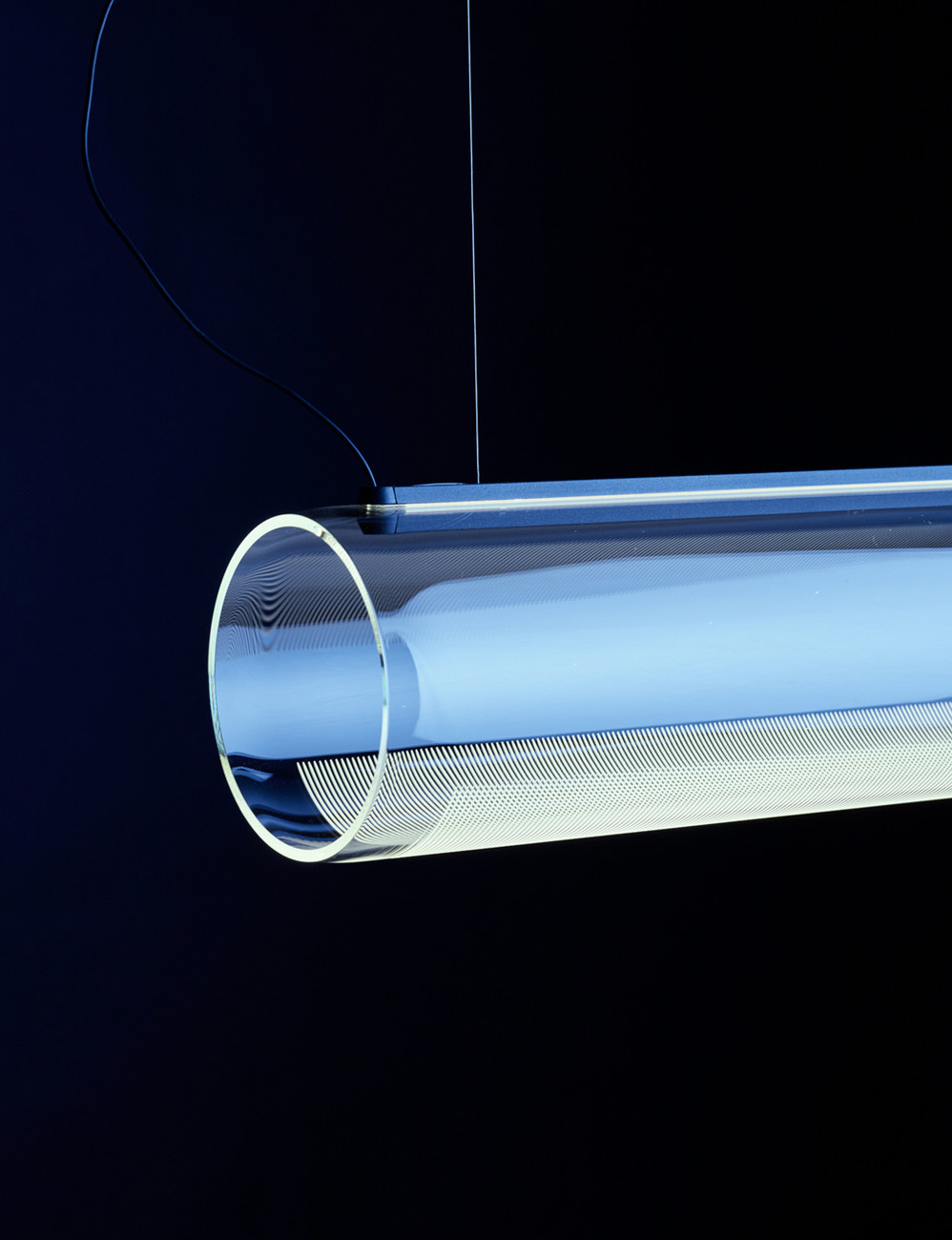 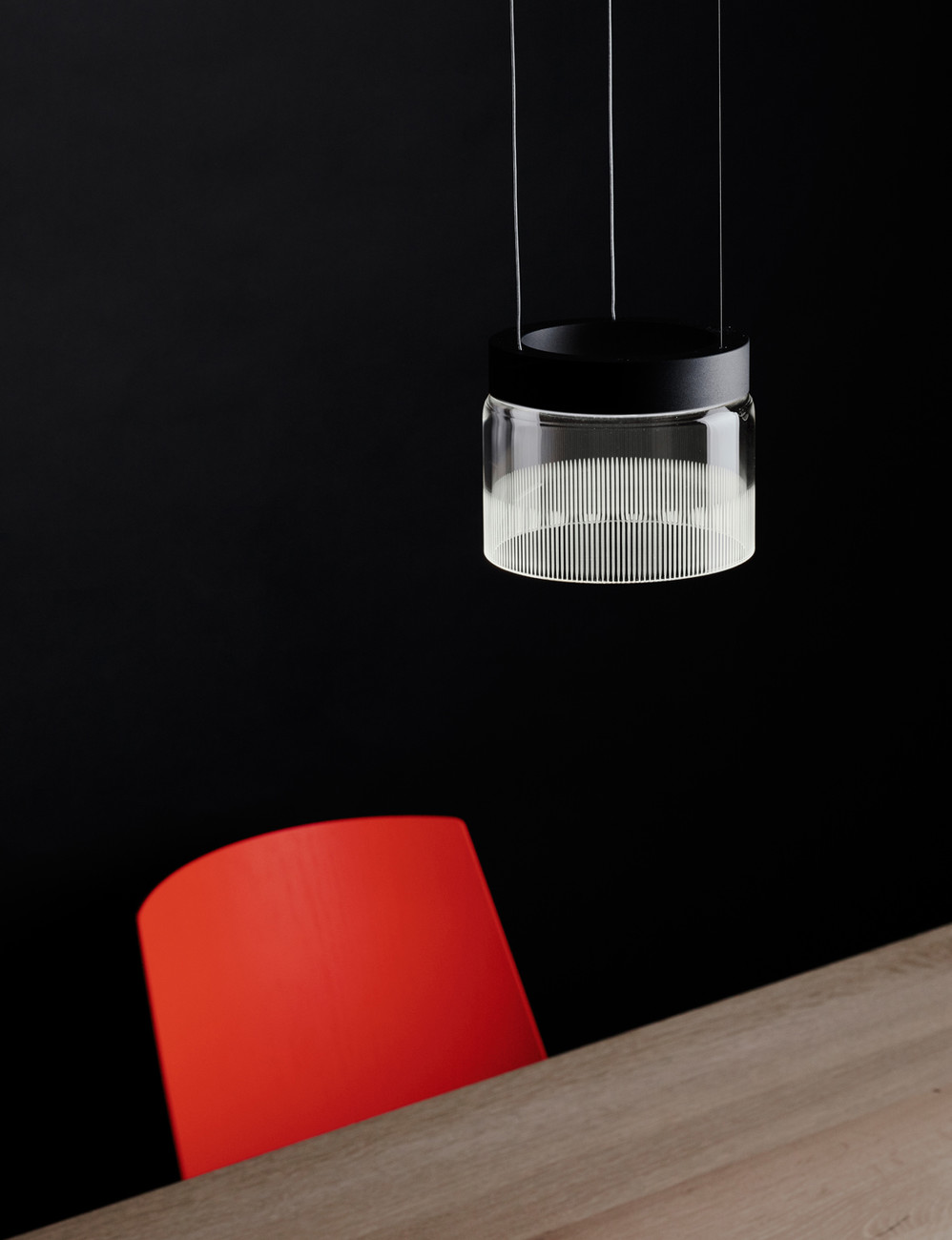 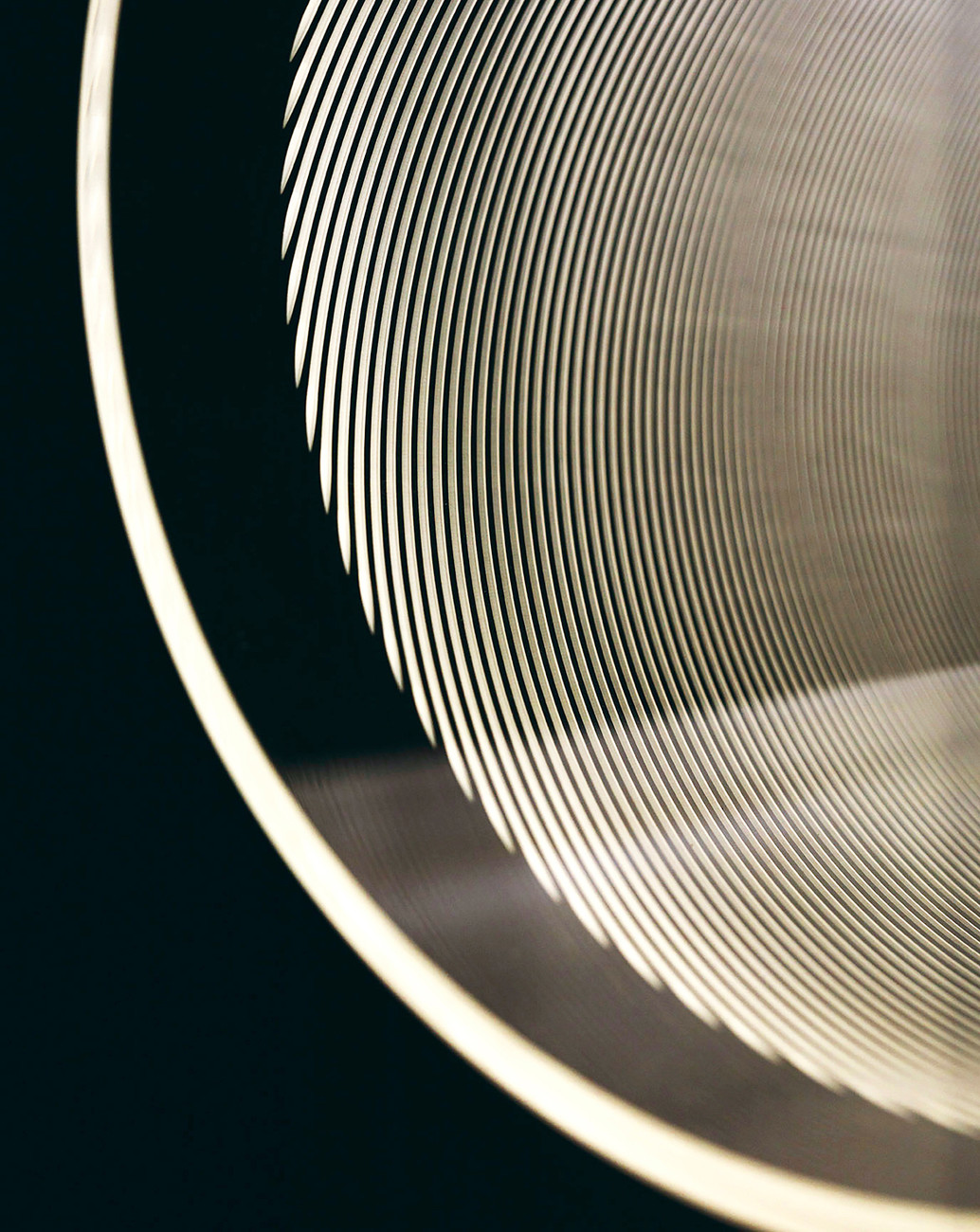 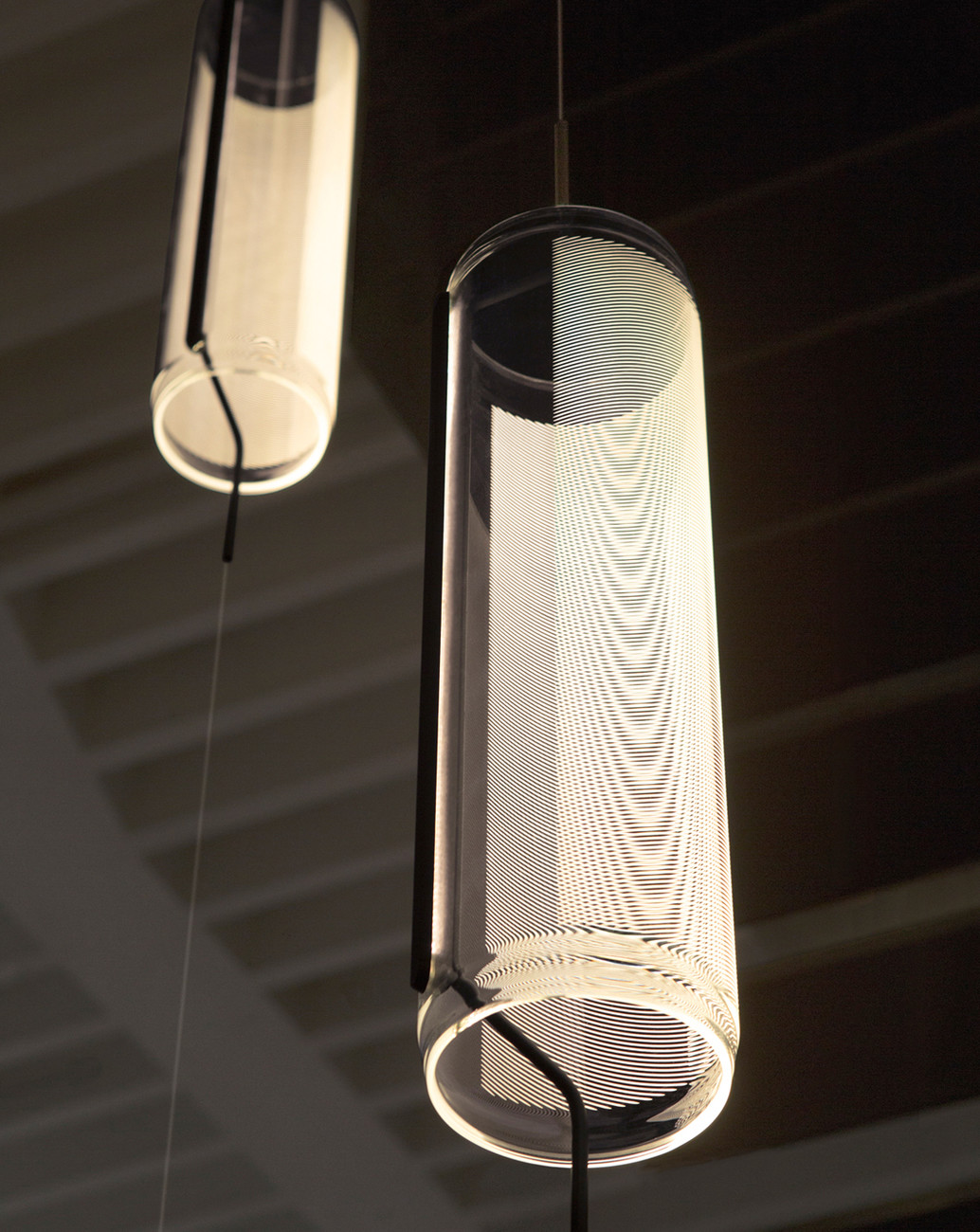 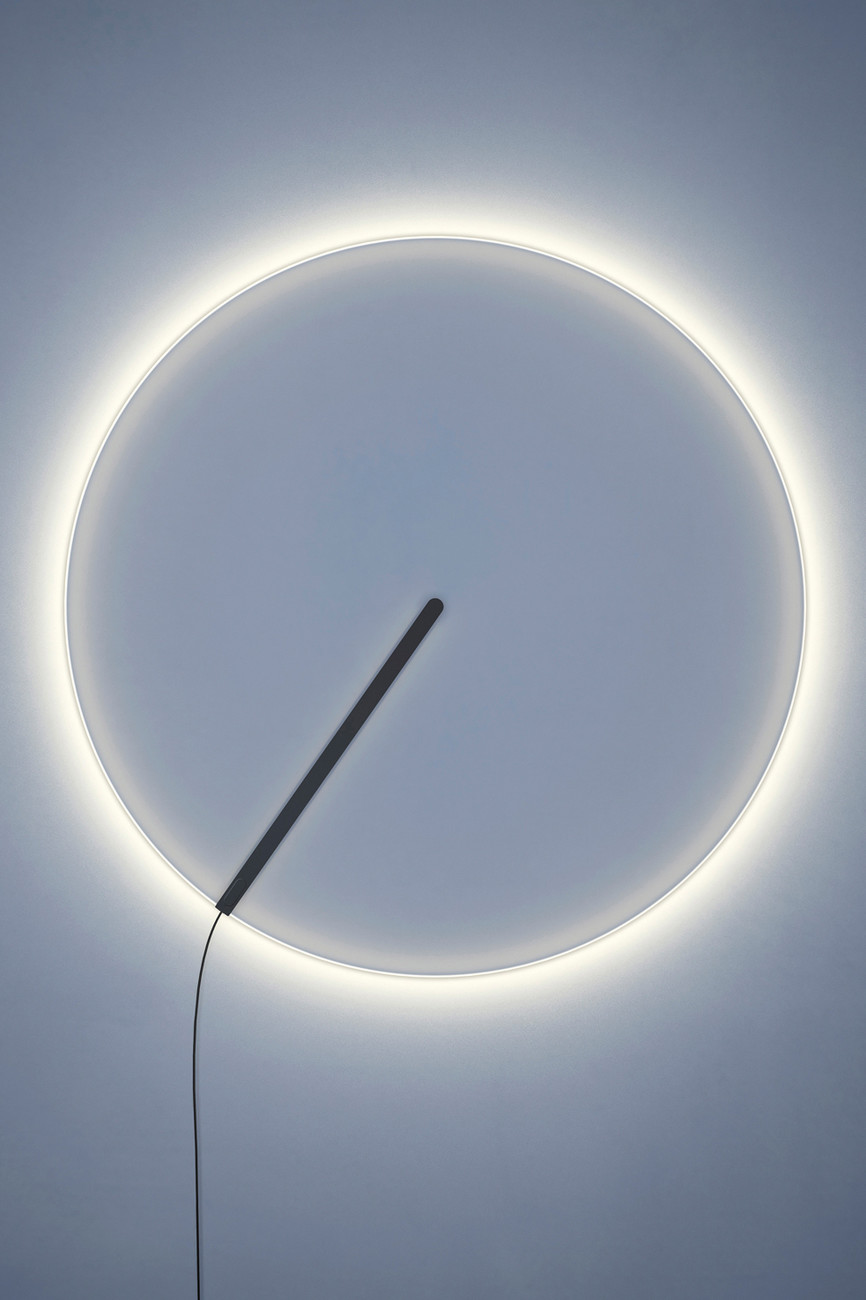 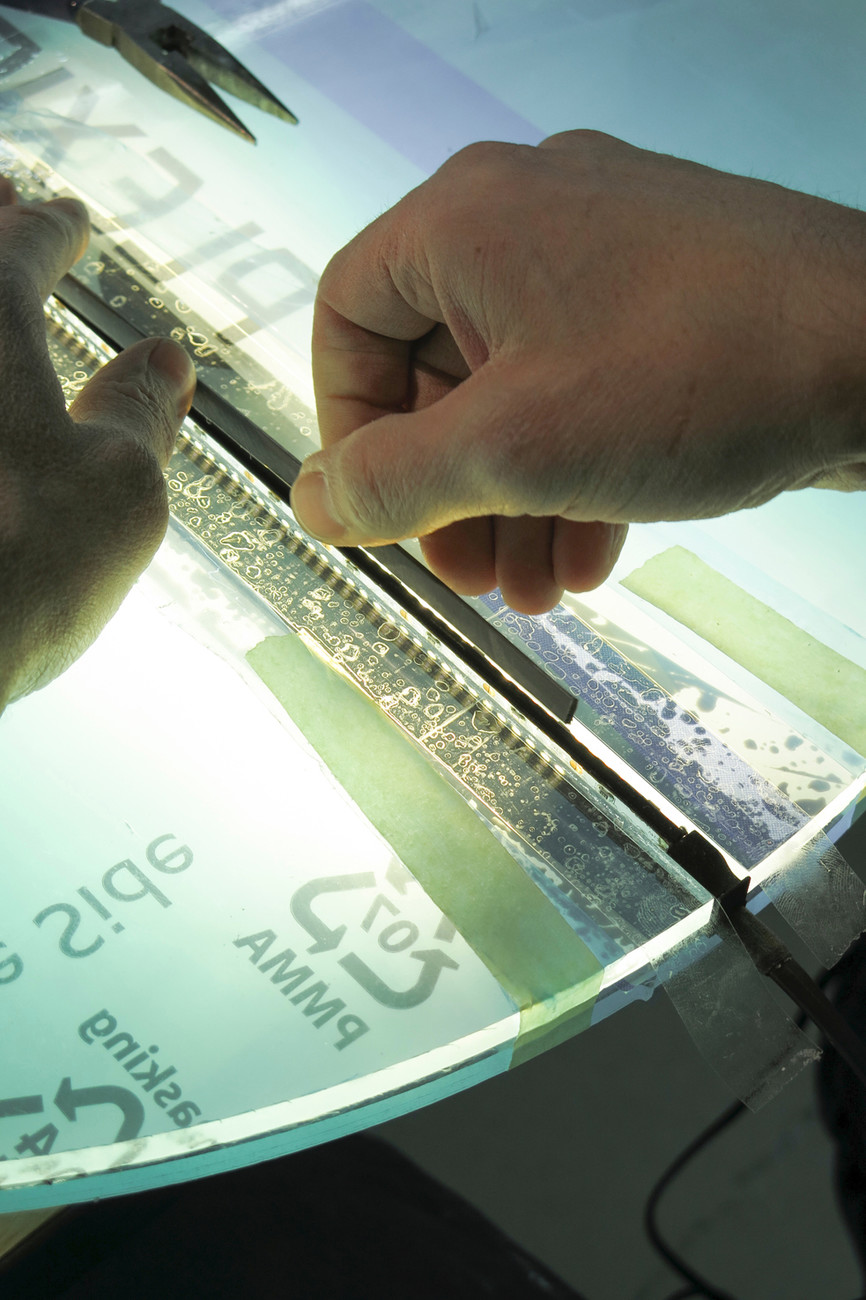 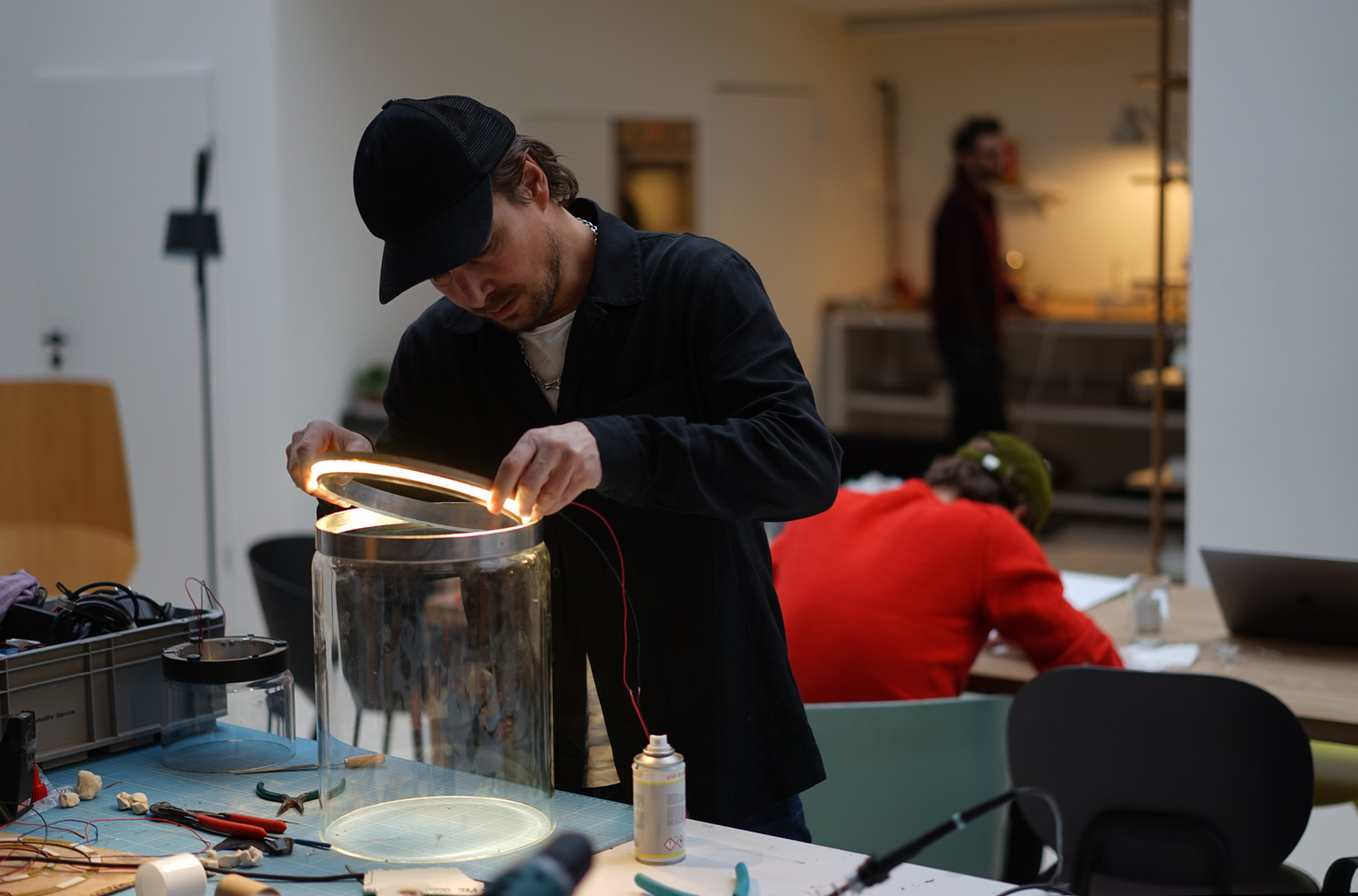 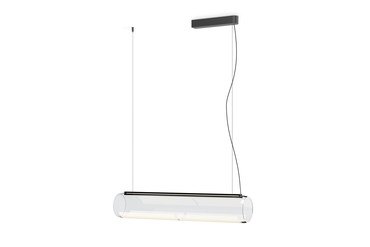 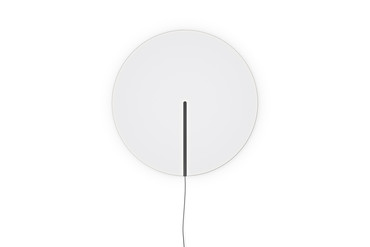 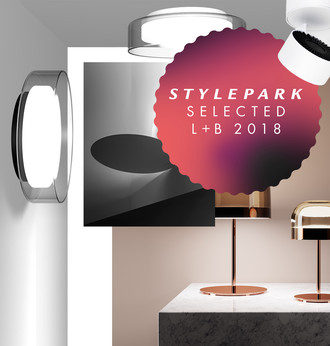 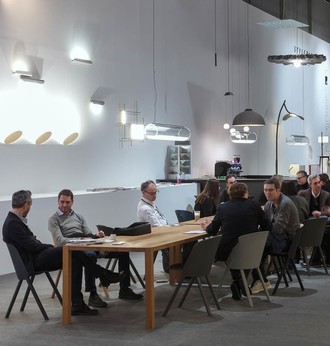 With the architecture of the Stylepark Selected stand at the Light + Building 2018, Philipp Mainzer has created the ideal setting for the award-winning luminaires of Trendspot Design. 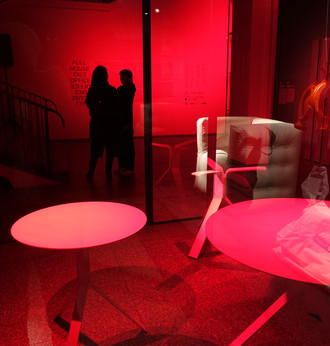 A stroke of luck: In his exhibition “Full House” at the MAKK in Cologne, Stefan Diez develops new perspectives on design in a globalized world and in so doing presents himself and how he works. 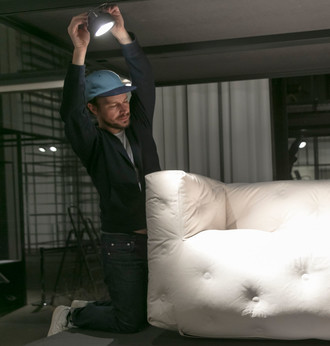 The exhibition “Full House: Design by Stefan Diez” is still being assembled at MAKK. But what is already clear is that what will go on display in Cologne will be far more than a simple show of his work. We talked in advance with Stefan Diez about his concept.
Advertisement