In Hong Kong, architects Herzog & de Meuron have converted the former police headquarters and prison into the Tai Kwun Centre for Heritage and Arts.
7/6/2018

Land for new development, meaning construction sites, are a precious commodity in Hong Kong – as open space is accordingly scarce. Two large downtown sites in the heart of the former Crown Colony law enforcement premises are among the areas re-dedicated and thus re-purposed. They form part of the complex consisting of the former Central Police Station, the Central Magistracy and the Victoria Prison in what was then the British Crown Colony whereby the former and the latter were both vacated in 2006. Since then the group of buildings has been extensively converted in line with plans by Basle-based architects Herzog & de Meuron and is now home to numerous cultural institutions as well as a large selection of hospitality and retail outlets.

The ensemble is subdivided into two sections. In the center of the former police station is the large Parade Ground, which is surrounded by representative and administration buildings in an historicist idiom. It provides space for downtown recreation zones and can also be used for events, while likewise offering direct access to stores and restaurants. The one-time prison yard constitutes the central point of the far more functionally constructed prison buildings. The architects have concentrated various cultural facilities in this section. This is also where they made the most visible interventions in the existing architecture, constructing two new cubic structures at both ends of the yard that tower considerably over the old buildings. Herzog & de Meuron have designed these edifices to project out over the thick perimeter walls of the complex – indeed they appear to hover above them. With this measure the architects clearly wished to open up the erstwhile strictly closed-off prison and transform it into a freely accessible public space. One of the two new structures houses large, flexible exhibition spaces and a restaurant with a viewing deck. The other accommodates a large multipurpose hall. Underneath this elevated building the architects created a space for open-air events, with a wide flight of steps that simultaneously doubles up as an auditorium.

Both new structures feature a façade of 100% recycled cast aluminum parts that clearly sets them apart from the existing buildings. The perforated elements provide sun and weather protection for the glass panels behind. Moreover, the coarse surface of the components, which are made entirely from recycled material, prevents bothersome reflections in the daylight. (fap) 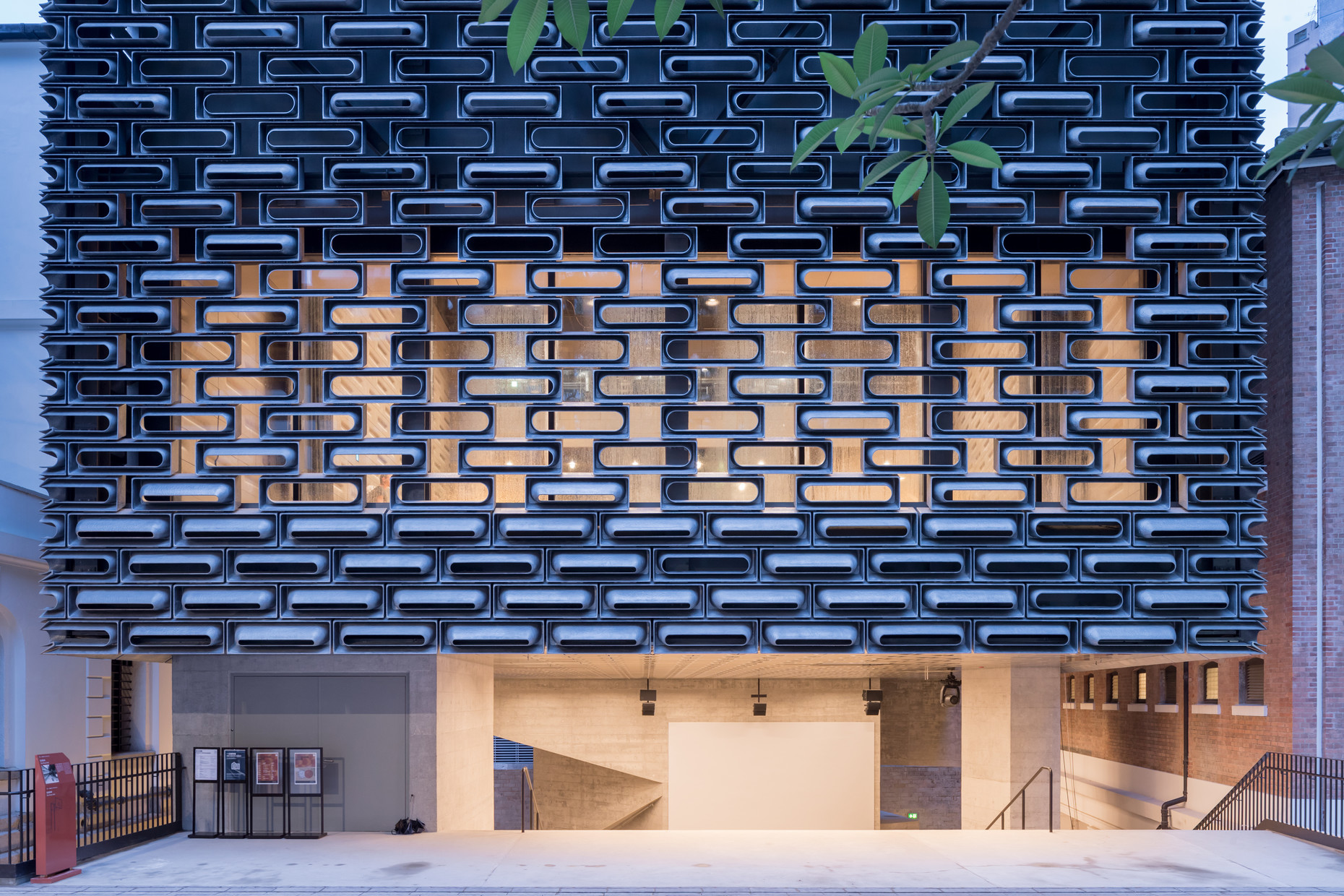 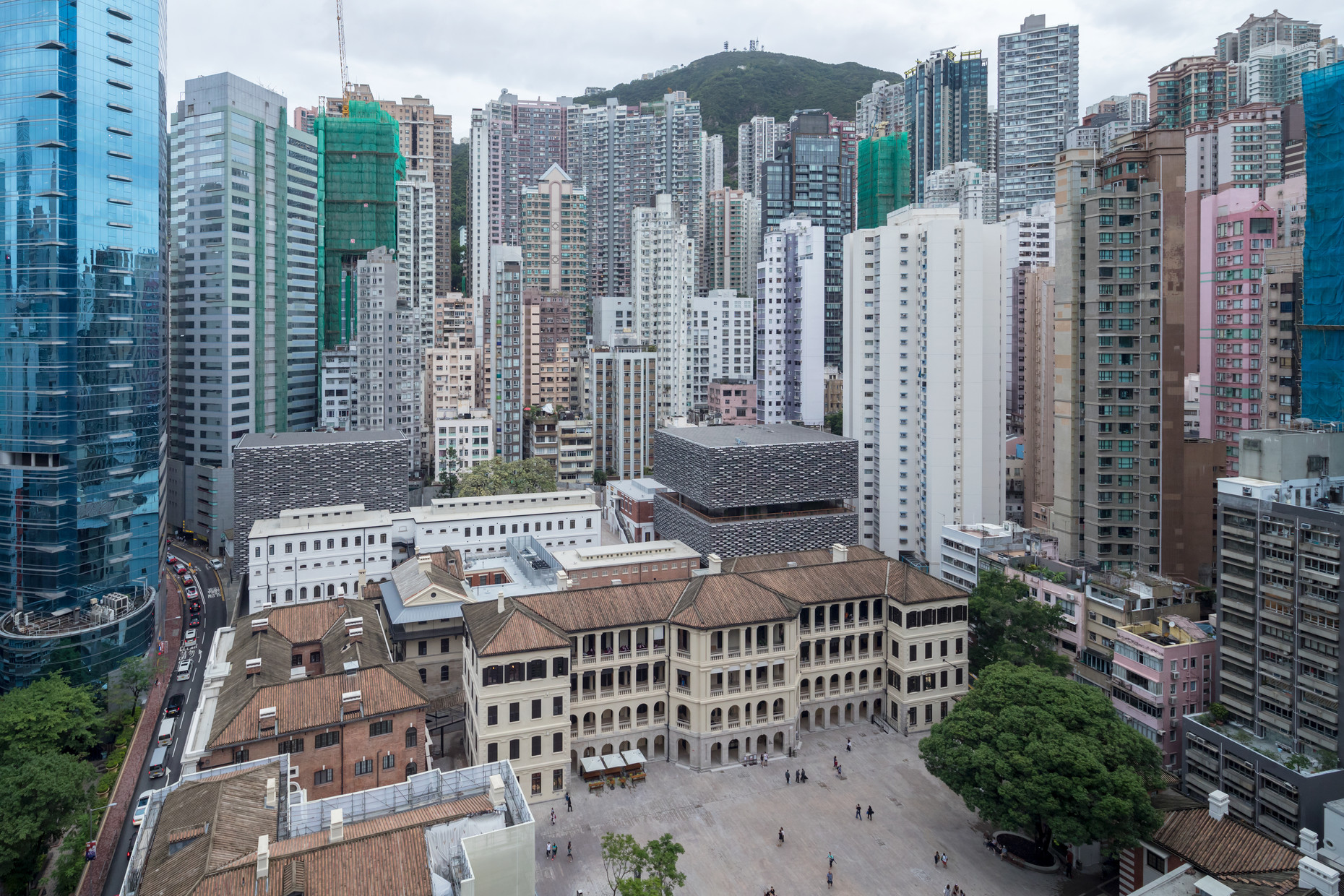 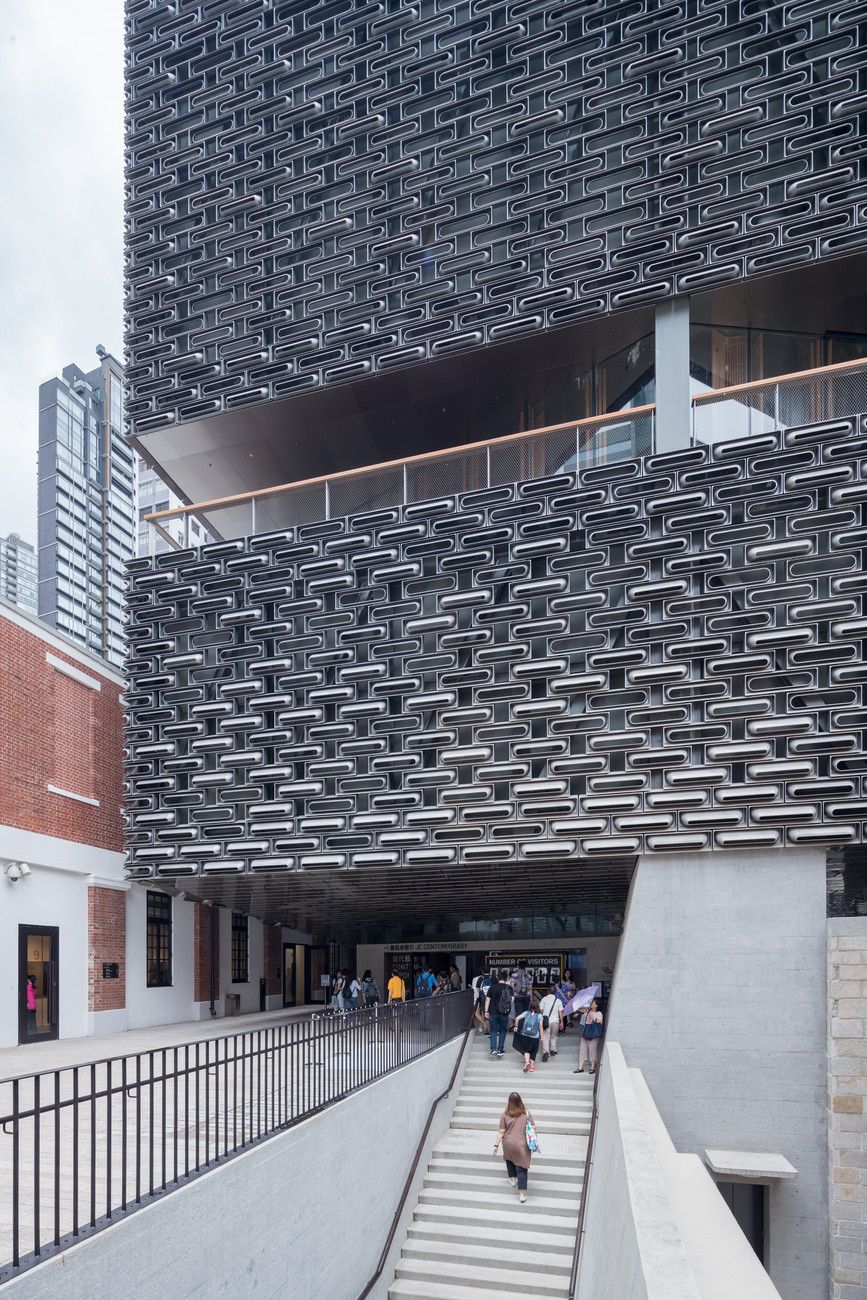 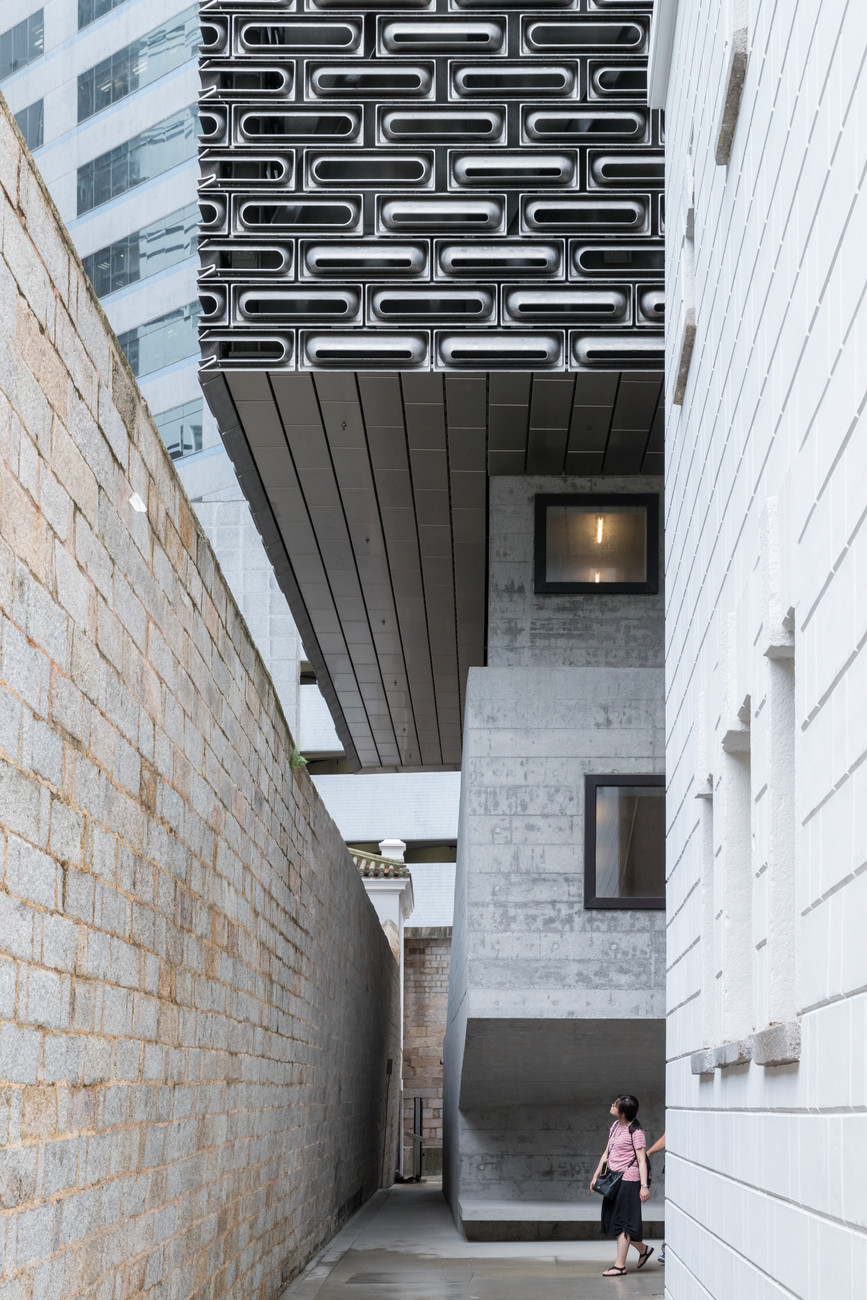 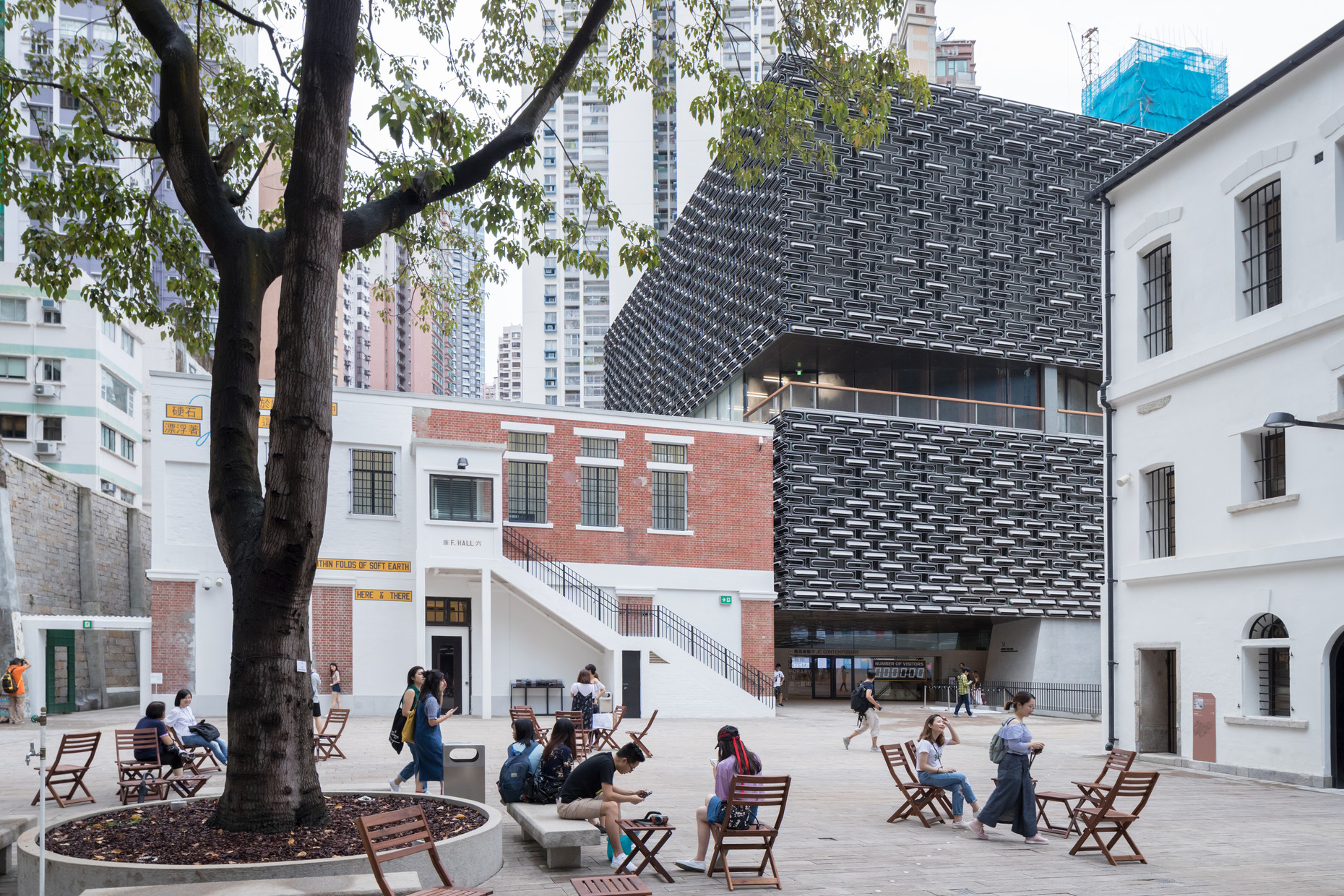 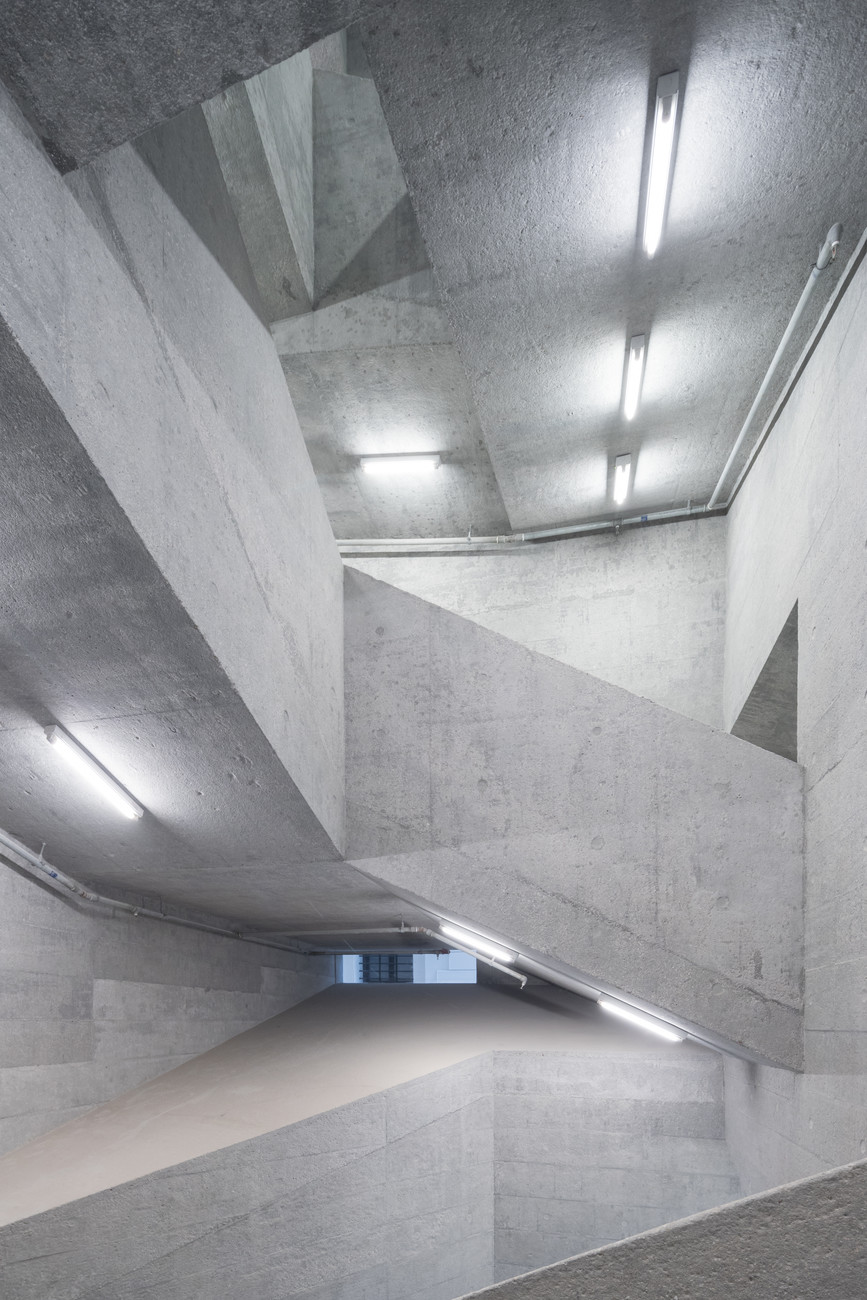 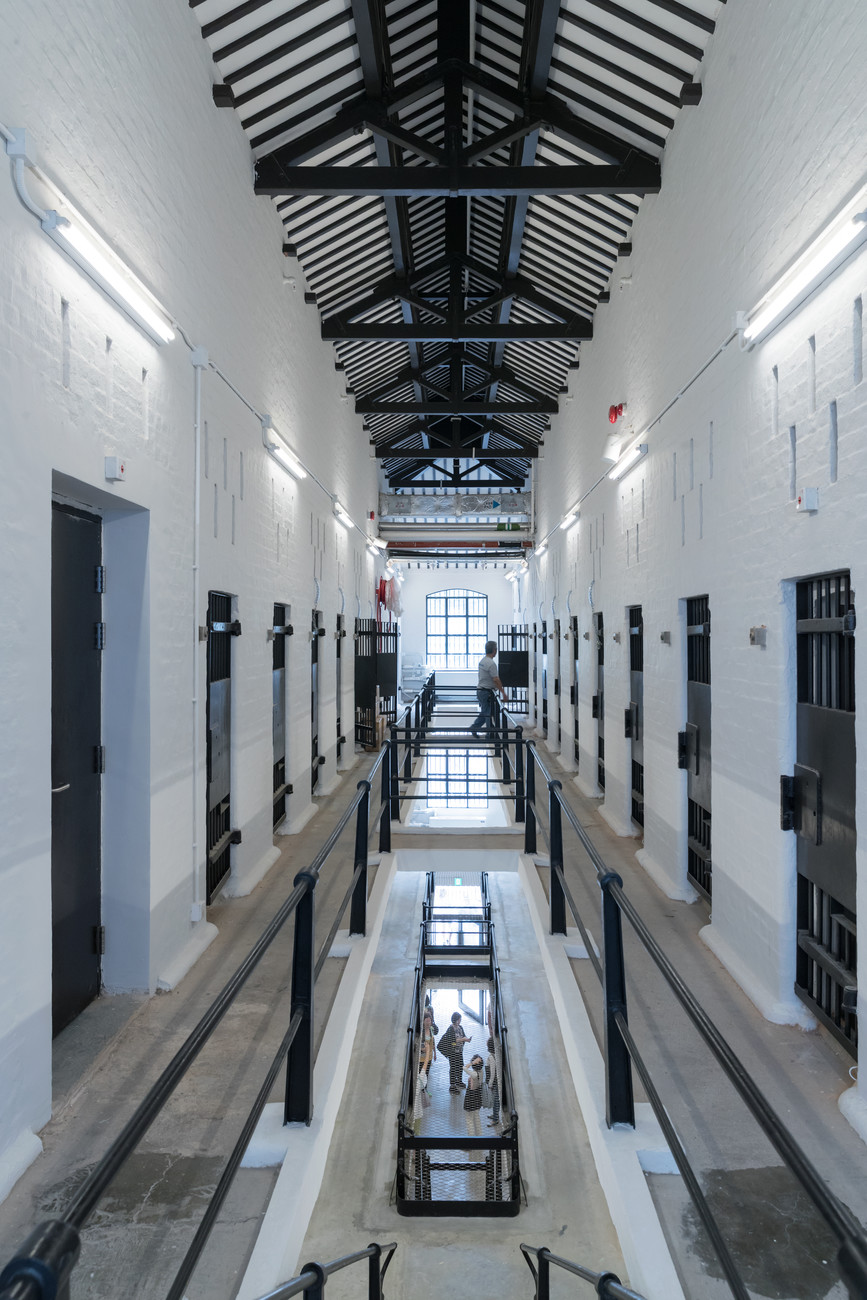 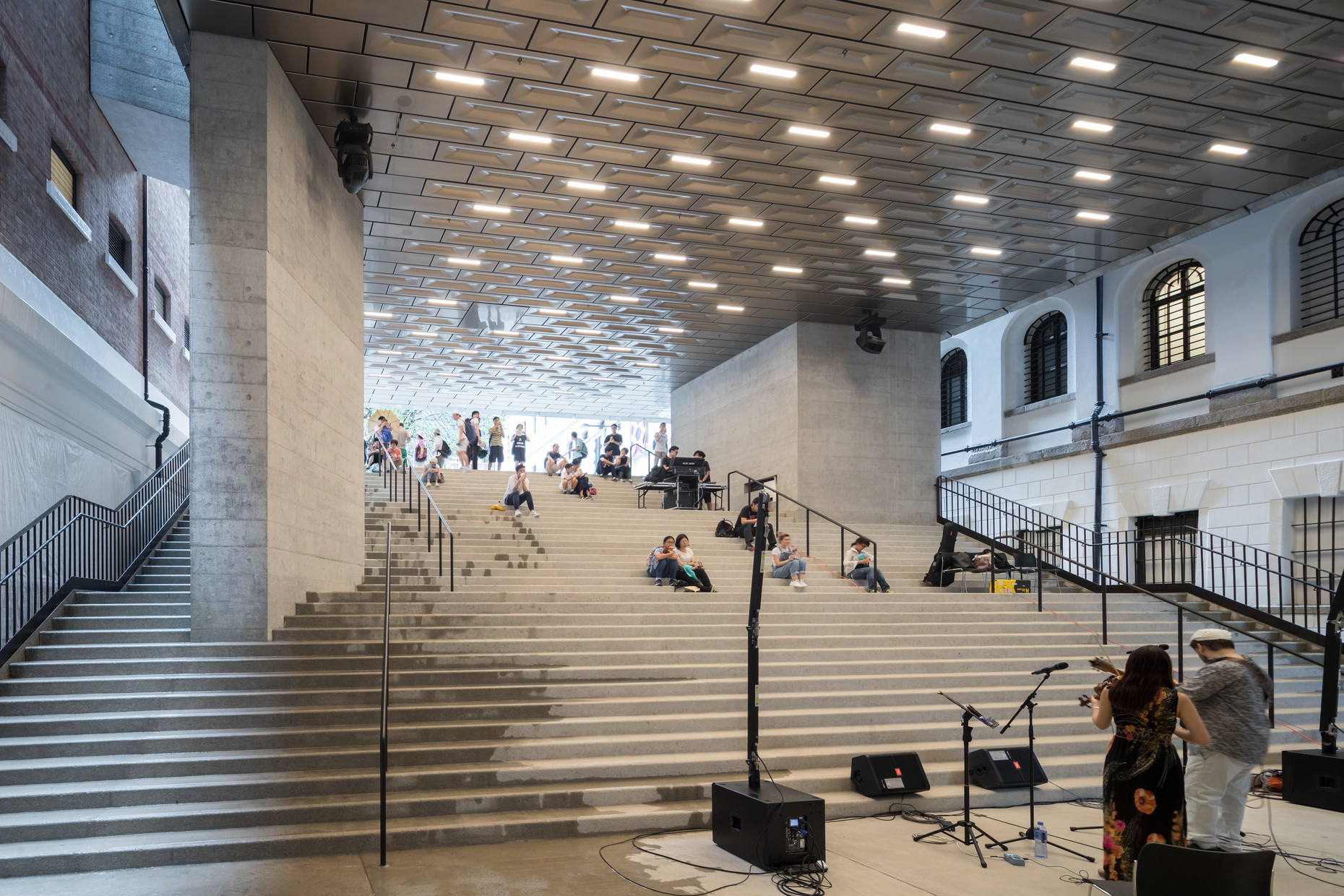 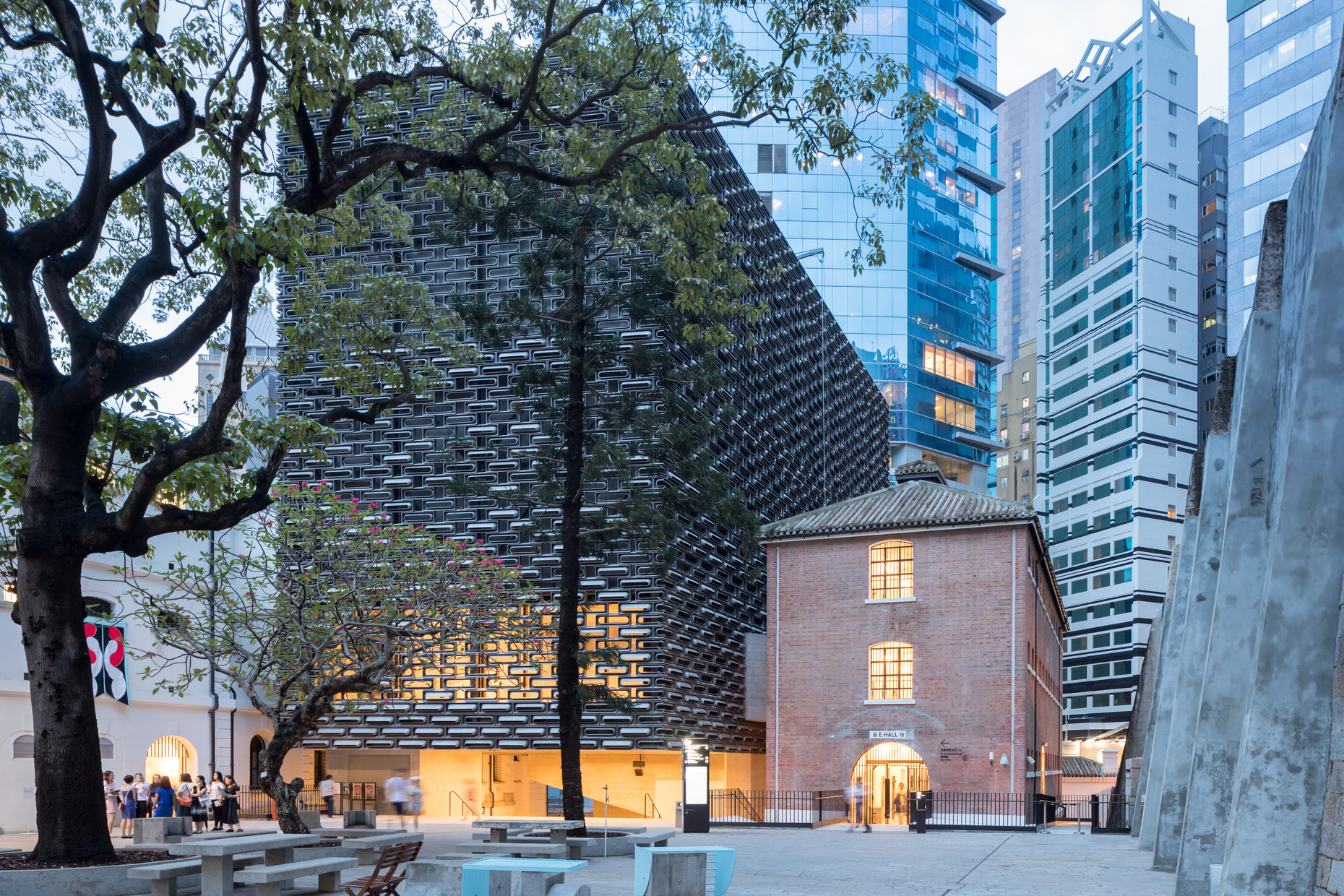 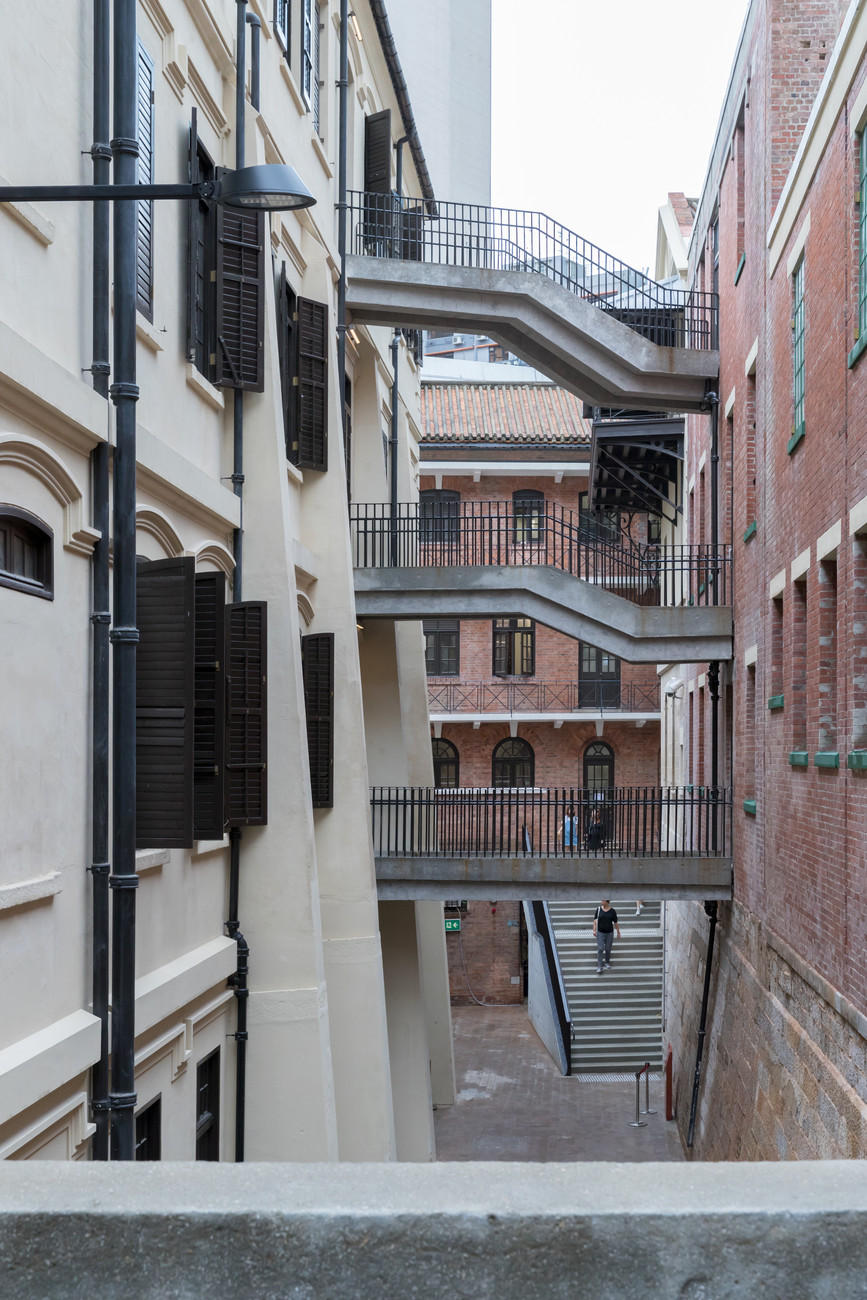 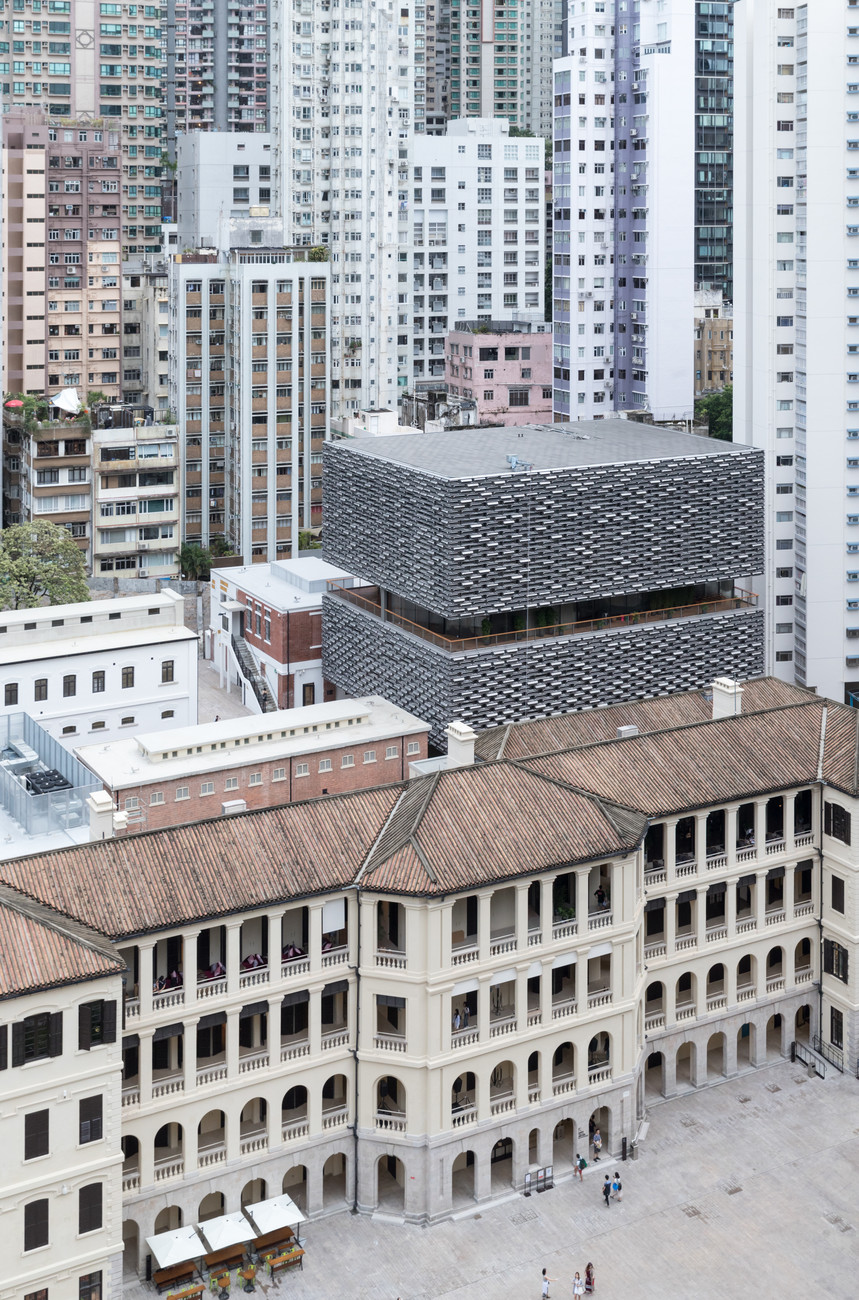 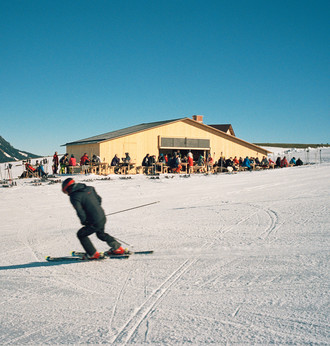 Herzog & de Meuron have added a small snack bar to their buildings for the cable car and gondola lift on the Chäserrugg. 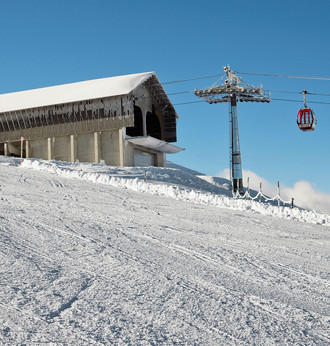 Snuggling on the summit

Building on peaks is a heroic act – and to date the buildings have pretty much reflected the fact. Swiss architects Herzog & de Meuron have tried on the Chäserrugg to opt for an unobtrusively modest design. 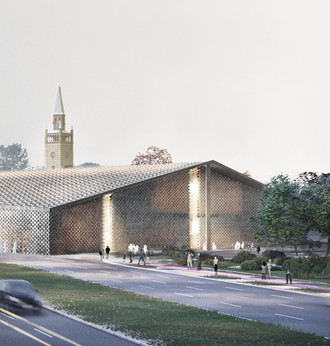 They call it archetype

Herzog & de Meuron have emerged as the winners of the competition to build the “Museum of the 20th Century” in Berlin.