The history of hardly any other piece of furniture has been so frequently and so intensively discussed as has that of the chair. Yet the last chapter has still not been written, and instead each year new aspects arise: new production methods, technological features and combinations of materials show the different faces of the typology. Although the functional sides to the seating hardly change in essence – sitting remains an artificial position for the body that can assume more or less comfortable postures. The means of transforming the function into a practical object change. And chairs' personality and expressive impact thus vary: cantilever-based plastic chairs or polycarbonate sitting blocks, molded plywood or recyclable carton? And the range of possibilities has certainly not been exhausted when it comes to kitchen and rocking chairs, to folding and office chairs, and to recliners.

Sitting can be more varied in terms of design than ever before. Once chairs were symbols of the ruler's ostentatious claim to authority, as exemplified by the head of a board being called a 'chairman', yet since industrialization at the latest the cultural history of chairs has changed. As of 1859, the Thonet works started rolling out bentwood chairs in large numbers, and these were shipped globally in parts. The Bauhaus' methods of industrial production then blazed the trail for the idea of a new life and a new human being. Tubular steel cantilever chairs such as that by Mart Stam and sculptural seats such as Marcel Breuer's "Wassily Chair" are milestones that have endured. As the "apparatus of life today", as Breuer put it, chairs are essentially always rooted in the context that defines the "now". Sitting can itself not be re-invented, but the semantics of chairs offers broad scope for interpretation and this always locks into other layers of meaning.

In 1950, Charles & Ray Eames created the "Plastic Chair" for the MoMA's "Low Cost Furniture Design" competition – the first of a genre using fiberglass-reinforced seating shells. In 1966, with his "Bofinger" chair architect Helmut Bätzner introduced the first chair made of a single piece of polyester, which he originally designed for Karlsruhe's Staatstheater. Only one year later, the "Panton Chair" went into mass production as the first cantilever-based chair made of fiber-glass reinforced acrylic. And Vico Magistretti's "Selene" of 1969 (likewise a stackable monoblock – and affordable into the bargain) with it S-shaped legs set a new standard as regards structure and aesthetics.

Konstantin Grcic took up the lineage of the cantilever base and the plastic chair when in 2008 he made "Myto" for Plank, a stackable plastic chair "with no legs" that is likewise made from a single piece of material. "Myto" alludes to Mart Stam's experiments with gas piping and transposes the idea of a chair 'with no legs' into the world of contemporary technology. Using BASF's Ultradur High Speed (the magic kit underlying the "Myto") the chapter on "plastic and chairs" can be drawn to a preliminary close as far as stability is concerned. The new plastic is easy-to-pour polybutylenterephthalate and only a year after it came to market had already won Germany's eco-efficiency seal. That said, issues of sustainability and recycling have started to write a new chapter that likewise did not start with "Myto".

Chairs tell stories and not rarely in their work designers draw on historical givens and reinterpret them. Patricia Urquiola's "Comeback Chair" of 2010 does this, tongue-in-cheek. The high backrest of this plastic furniture item is reminiscent of a Windsor chair and proves to be an ironic replica of the models dating from the 18th century. While in the past the wooden rods for the backrest were lathed carefully by craftsmen, Urquiola's design casually opts for plastic replicas and shows a traditional chair genre, but with a new face. Auto-industry technologies (such as recently with Stefan Diez's "Chassis"), new high-tech combinations and chemical innovations influenced chair design until well into the 1990s. Resin/polyester compounds, often with fiberglass reinforcing, entered the world of seating and at times caused people to forget the simple materials.

Future visions such as Eero Aarino's 1968 "Bubble Chair" (the perfect seat for any sci-fi movie) are today considered historical cult objects. After the colorful experiments with polymers, attention has returned to the essentials, and thus an interest in wood has been rekindled. There are now new things feasible thanks to construction methods and material combinations having since been advanced. Thus, if we look from Stefan Diez's vantagepoint at the bentwood heritage, then this transforms the given technological and aesthetic criteria. For "404"", which Diez designed for Thonet, the bent chair legs and armrests link up in a 'knot' inserted into the seat surface from below. With his "Basel Chair", Jasper Morrison proves that the genre of plain classic wood chairs such as has been produced for a century in immense variety, can only benefit by a backrest and seat made of plastic.

The substantive materials and the supernormal as promulgated by Jasper Morrison and Naoto Fukasawa in 2007 in what was at the times considered a provocative manifesto intended to counter the exalted posing in design, proves today to be a multi-faceted take on the essentials. Chairs are anthropomorphic pieces of furniture, their suggestive shape has legs and a backrest, sometimes arms, too. For this reason alone they are a great challenge for designers, who are constantly redefining the character and personality of chairs.

Find a comprehensive overview of chairs here:
› Chairs at Stylepark

Already published in our series on product-typologies:
› "Everything that is furniture" by Thomas Wagner
› "Do not lean back!" on stools by Nina Reetzke
› "On tranquility and comfort" on lounge chairs by Mathias Remmele
› "Foam meadow, stays fresh for longer" by Markus Frenzl 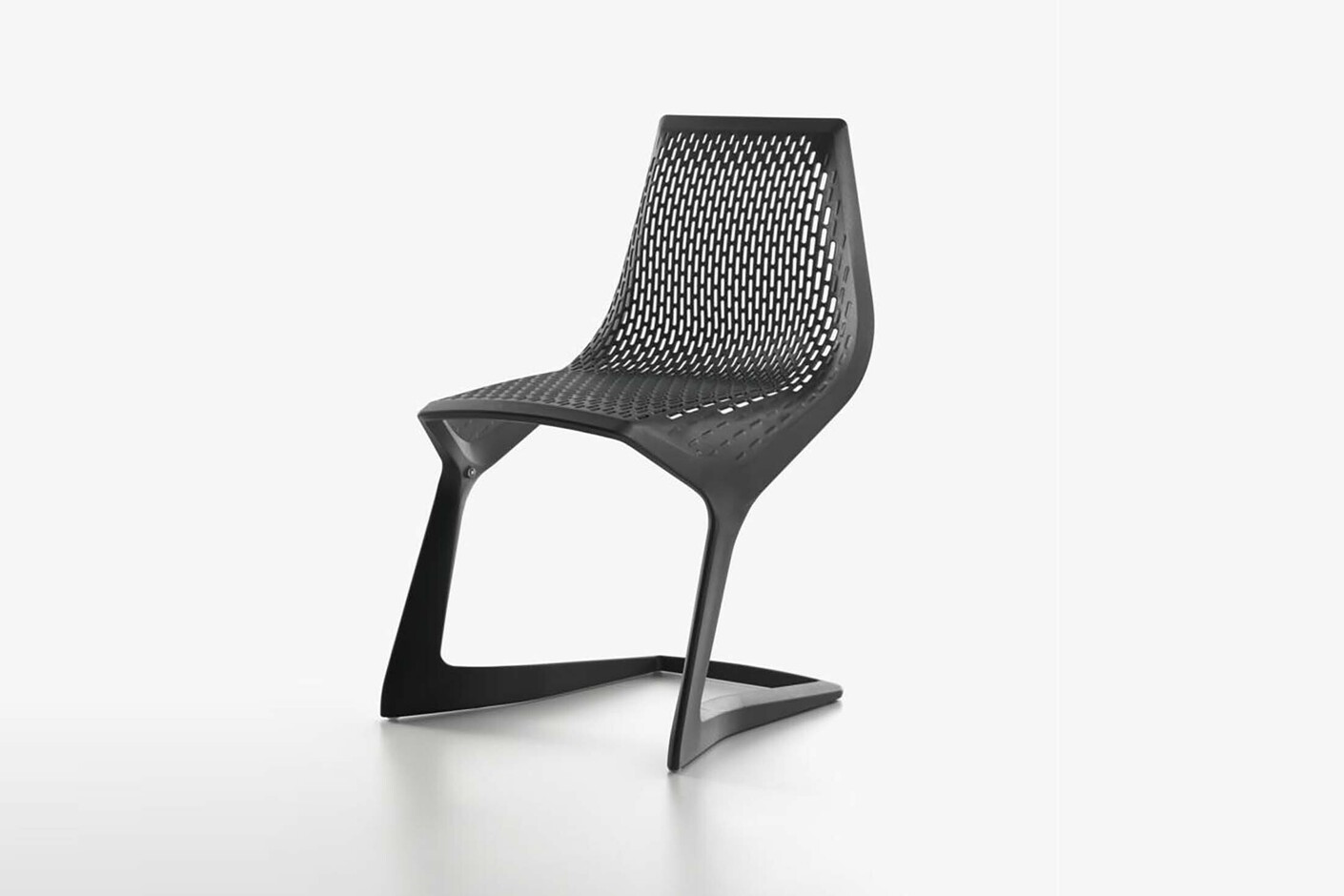 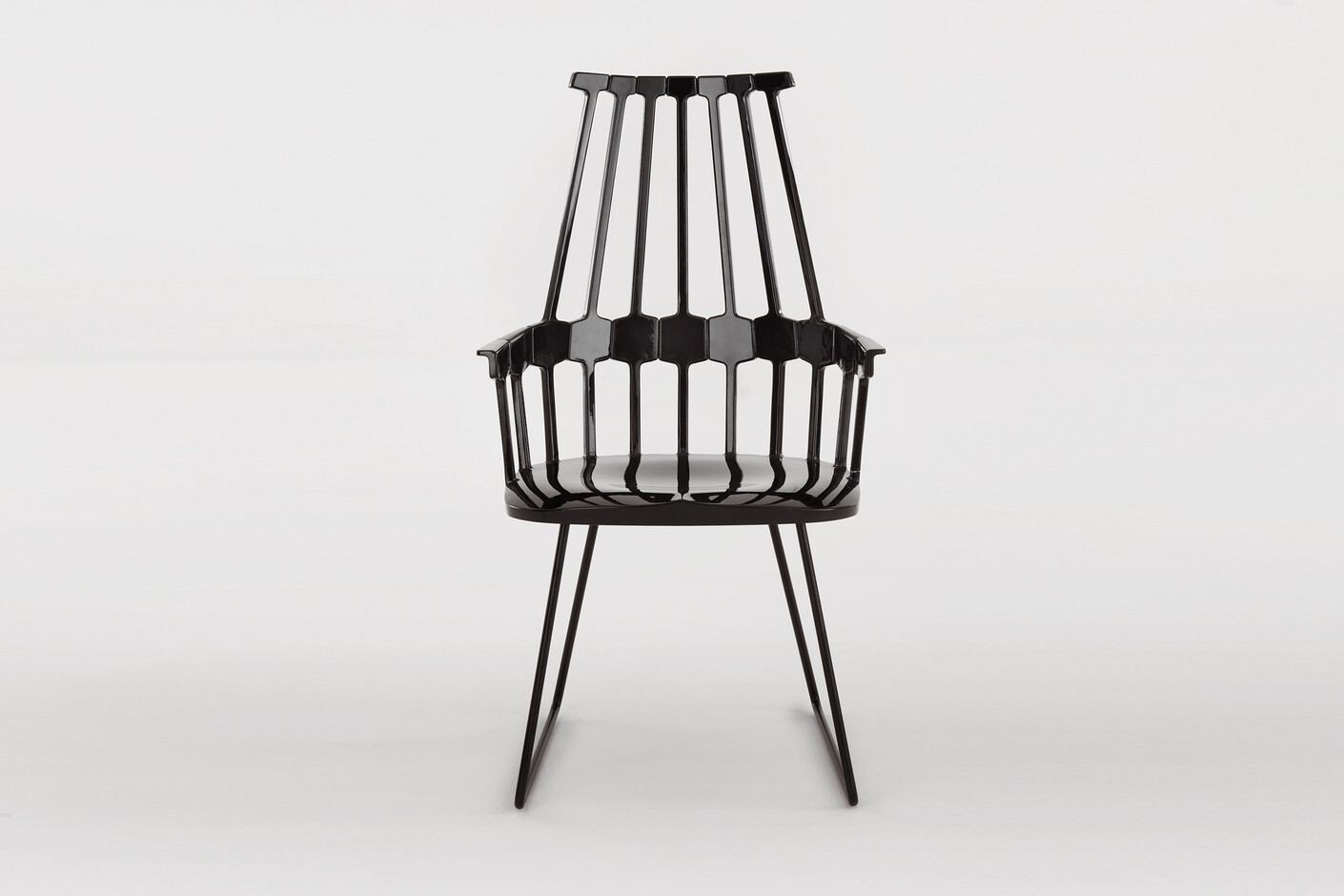 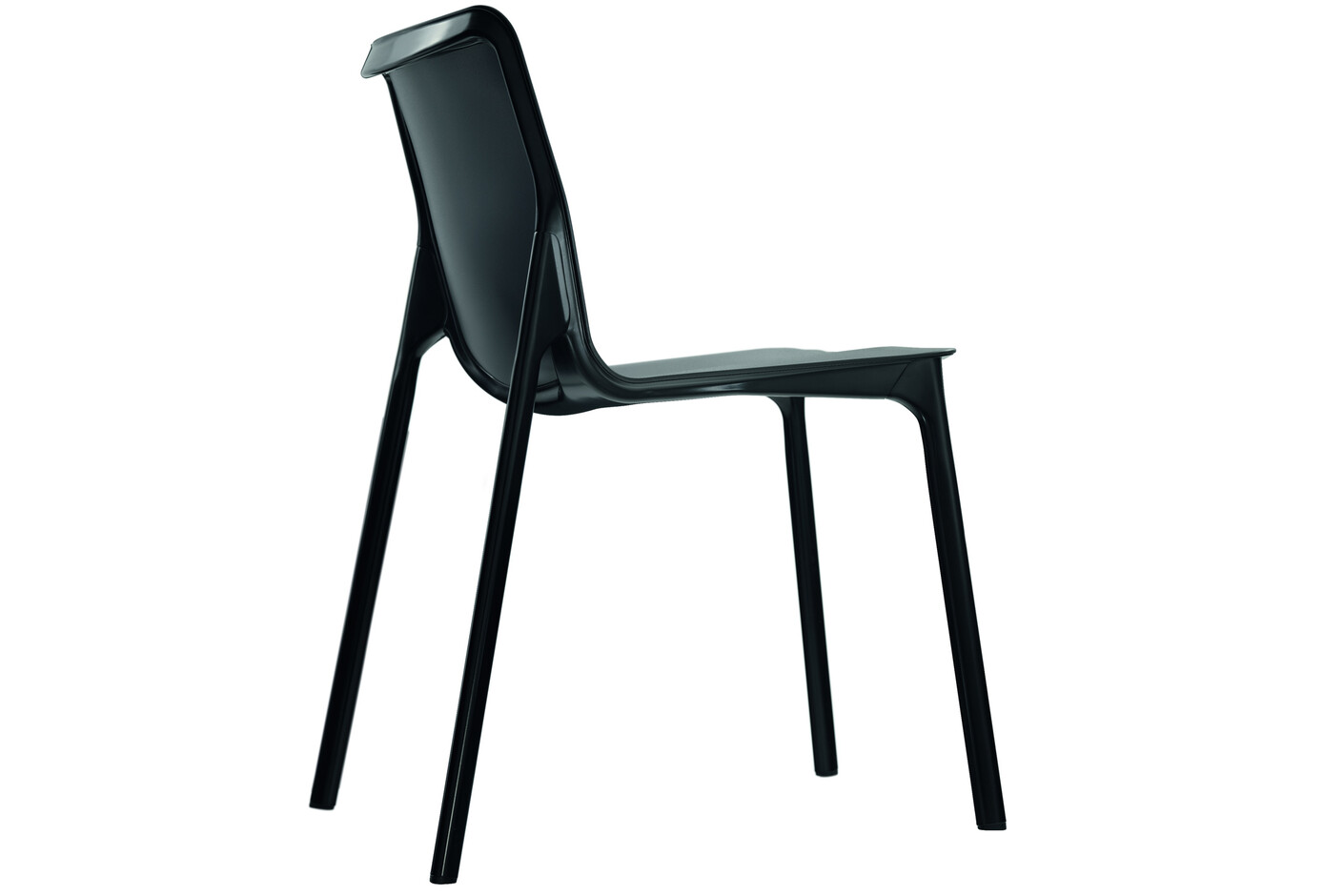 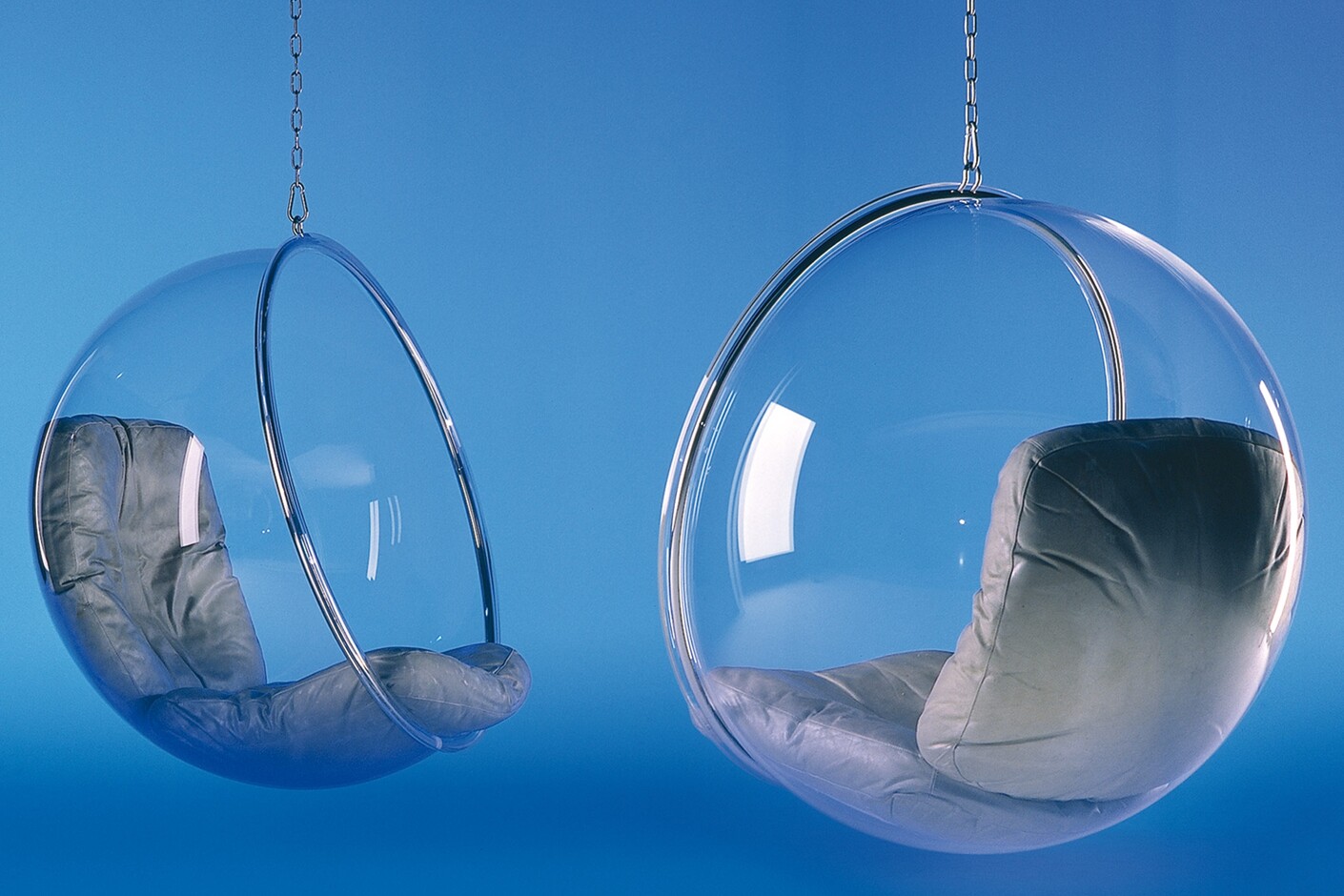 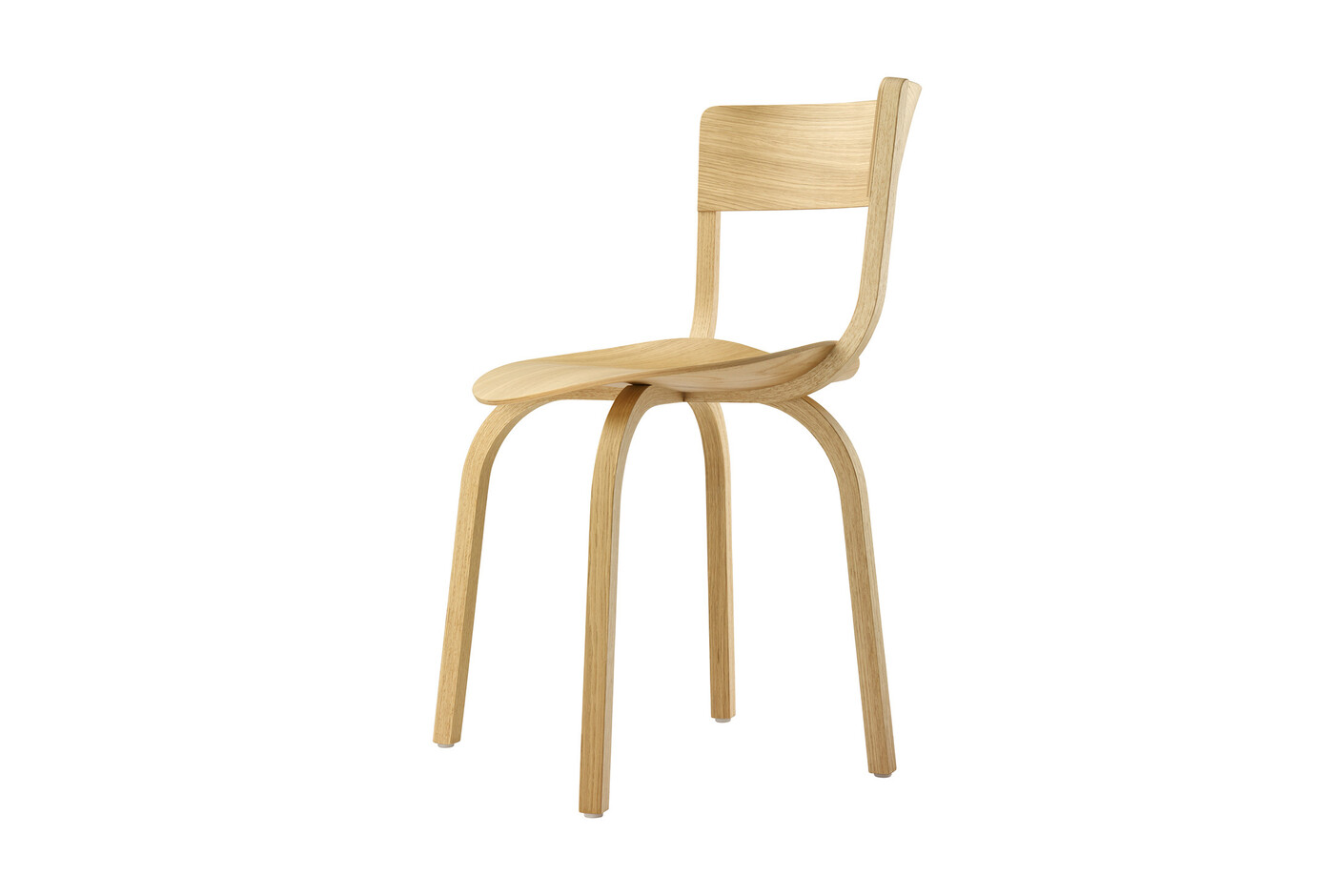