Ceramics specialist Laufen champions good architecture – with well-designed products and cultural commitment. This year’s edition of the event series "Architecture during Art" was organized in cooperation with Pro Helvetia.
by Fabian Peters | 9/5/2018

It is a huge success for Pro Helvetia, the Swiss Arts Council, which has been in charge of the country’s presentations at the Venice Biennale since 2014: At the 2018 Architecture Biennale the Swiss national presentation won the Golden Lion in Venice. One of the most ardent supporters of Pro Helvetia’s Biennale activities is Swiss bathroom specialist Laufen. It was Laufen’s commitment that enabled the “Salon Suisse” to get off the ground, an event series including lectures and discussion rounds that has run parallel to the exhibitions in the Swiss Pavilion for seven years.

Just how close a relationship Pro Helvetia and Laufen now have was evident at this year’s “Architecture during Art Symposium,” which the company organized, and 2018 it was no less than for the fifth time, to coincide with Art Basel. For essentially the Salon Suisse was temporarily upped and moved to the Baselland region, as Tim Kammasch, “Salonnier” of this year’s Salon Suisse, noted somewhat amused. He discussed the topic of the “Hidden Truth of Architecture” with Kurt W. Foster, Professor emeritus of Yale University and founding director of the Getty Research Institute, and architects Andreas Fuhrimann and Gabrielle Hächler. Fuhrimann and Hächler are also members of Laufen’s architecture network. They designed the company’s eye-catching presentation at this year’s Salone del Mobile in Milan. Their trade-fair stand displayed the same sculptural concrete aesthetic that characterizes their artful buildings.

From brickworks to design company

Laufen took something of a creative gamble with this booth at the glamorous Salone. Yet the company is ready to accept business risks for good design – it has repeatedly demonstrated that in recent years and in so doing achieved great success. For the traditional manufacturer, which was founded as a brickworks in 1892 and became the first Swiss firm to start producing sanitary ceramics in the mid-1920s, this path was not necessarily mapped out. Although in the early 1990s the product assortment ranged from washbasins to crockery, the company had some catching up to do in terms of design. Ultimately, the firm had to be restructured. In the course of the consolidation the bathroom ceramics division became the focus of attention. Yet manufacturing was to remain in Switzerland, a decision that brought no small measure of pressure to innovate. Consequently, in recent years Laufen has consistently focused on development and design.

Throughout its history the firm has developed a number of important technological novelties. In 1964, for example, Laufen launched the first wall-mounted toilet on the market. Today it has long since replaced the floor-mounted toilet as the standard form. With the introduction of the ceramic die-casting process as of 1980 the company laid the foundations for the modern industrial production of sanitary ceramics – a production method now used across the entire sector. Before its introduction, the workpieces were made exclusively using the traditional casting process. Here, what is known as the slurry consisting of kaolin and clay is poured into plaster molds. The plaster absorbs water from the slurry, leading to the formation of a solid layer on the inside of the mold. After about an hour the excess mixture is poured off and the new workpiece removed from the mold. The disadvantage of this method is that the mold has to dry out overnight and must be replaced after about 100 casts. The die-casting method uses porous plastic molds, into which the slurry is pressed at a pressure of 12 to 17 bar. This reduces the water-removal process to ten minutes. The plastic mold can be reused without needing to dry and can withstand 20,000 to 40,000 casts as opposed to 100. Moreover, at the beginning of the new millennium Laufen rang in the renaissance of so-called fine fire clay – produced by means of a technique in which fired clay is added to the slurry. This material is particularly suitable for the production of large washbasins.

Laufen’s most recent technological innovation was the new material SaphirKeramik, which the company had market-ready in 2013. This new ceramic material enables the production of extremely thin-walled workpieces with very tight curve radii, giving rise to an entirely new aesthetic in the field of sanitary ceramics. Designers Ludovica and Robert Palomba were the first to demonstrate the possibilities of the new material with the project “Kartell by Laufen.” Konstantin Grcic followed with the series “Val” and Toan Nuguyen with “Ino.” The very latest addition to the SaphirKeramik family is the collection “Sonar” by Patricia Urquiola. Laufen also recently started producing workpieces made from SaphirKeramik using the die-casting technique, enabling the progressive products to be made under correspondingly economical conditions.

Laufen’s innovativeness remains at a high level. Most recently the firm presented the shower toilet “Riva.” After a long development phase, the specialists succeeded for the first time in integrating the necessary electronics and mechanics into the dimensions of a standard toilet. As such, “Riva” is the first shower toilet to feature a complete ceramic body. Moreover, they created an intuitive control unit, positioned at the side of the lid hinge. Such details demonstrate that at Laufen design is not merely an end in itself, but is always functional.

The company has yet another innovation in the pipeline: Designer Marcel Wanders has developed “The New Classic” together with Laufen. The concept study with the characteristic S-shaped outline is a true chameleon. The forms, inspired by ancient architecture, fit perfectly into any interiors, be they conservative or avant-garde.

Similor, the fittings manufacturer belonging to Laufen, is also included in the company’s design strategy. As such, in addition to ceramic parts the series “Kartell by Laufen” and “Val,” for instance, also encompass appropriate fittings “made in Laufen.”

The Swiss manufacturer’s success proves it right – the company is continually growing. So they will no doubt have long since come to a similar conclusion as did the participants in the Laufen symposium: The “hidden truth” lies in the quality of the design. 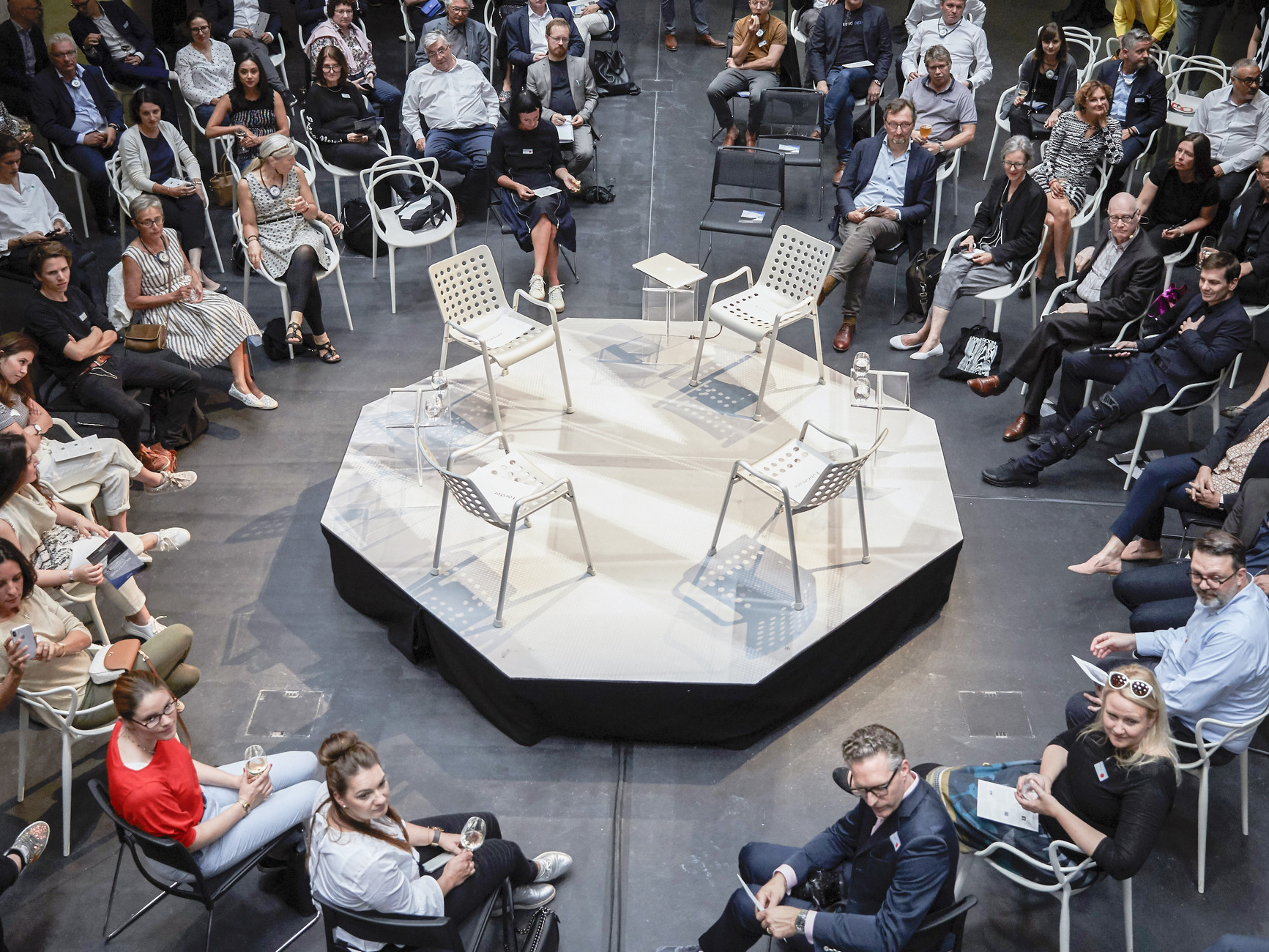 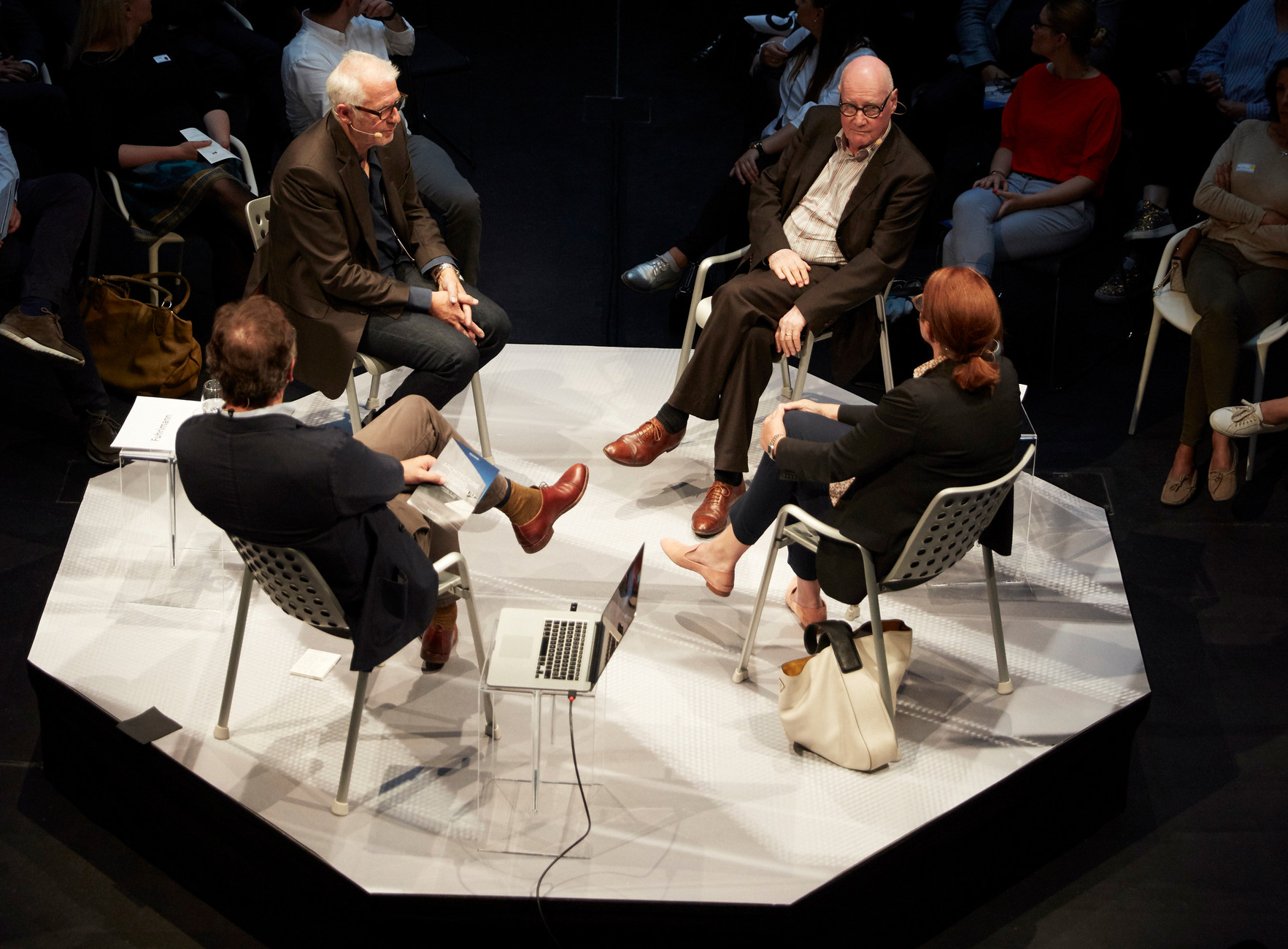 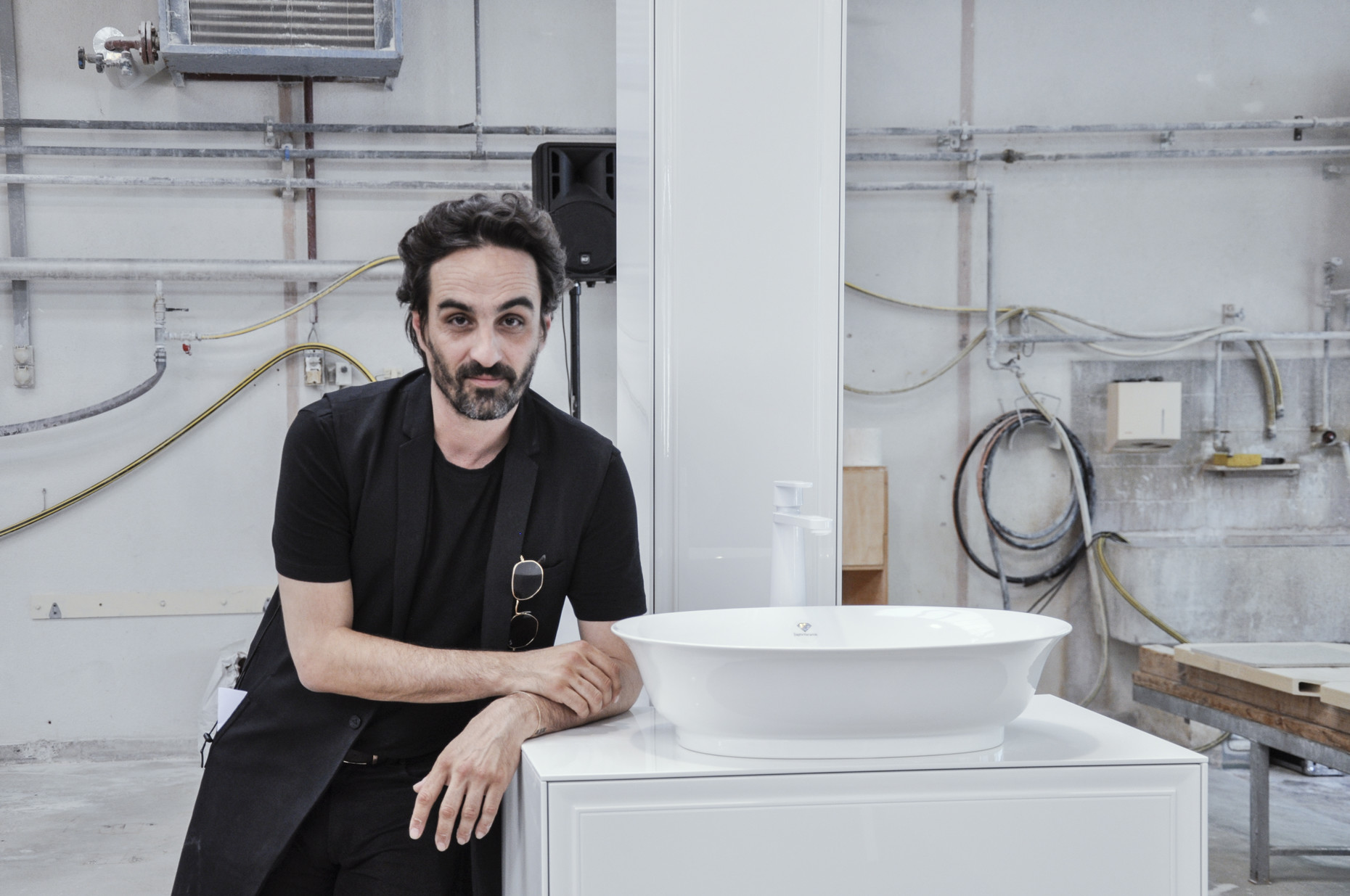 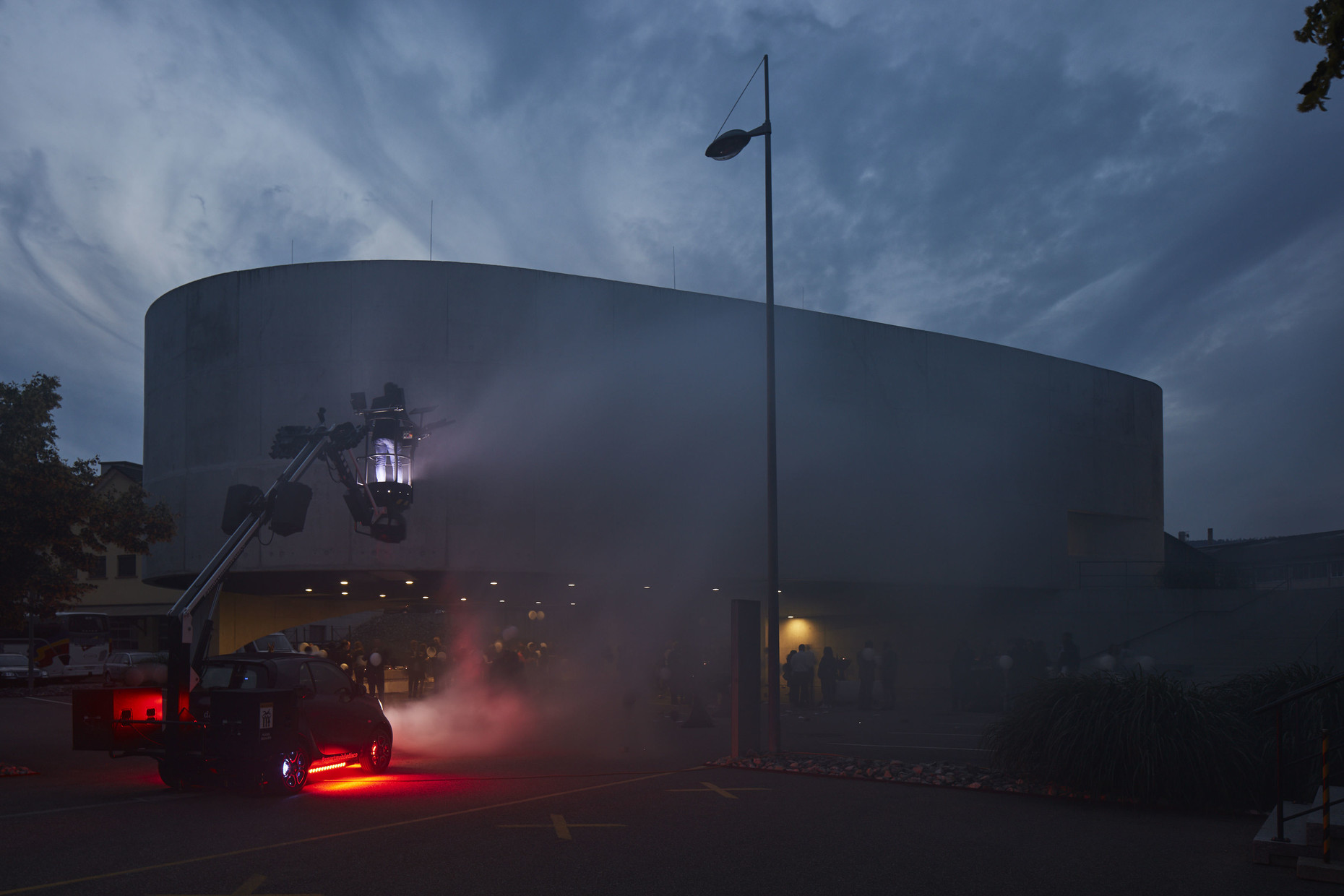 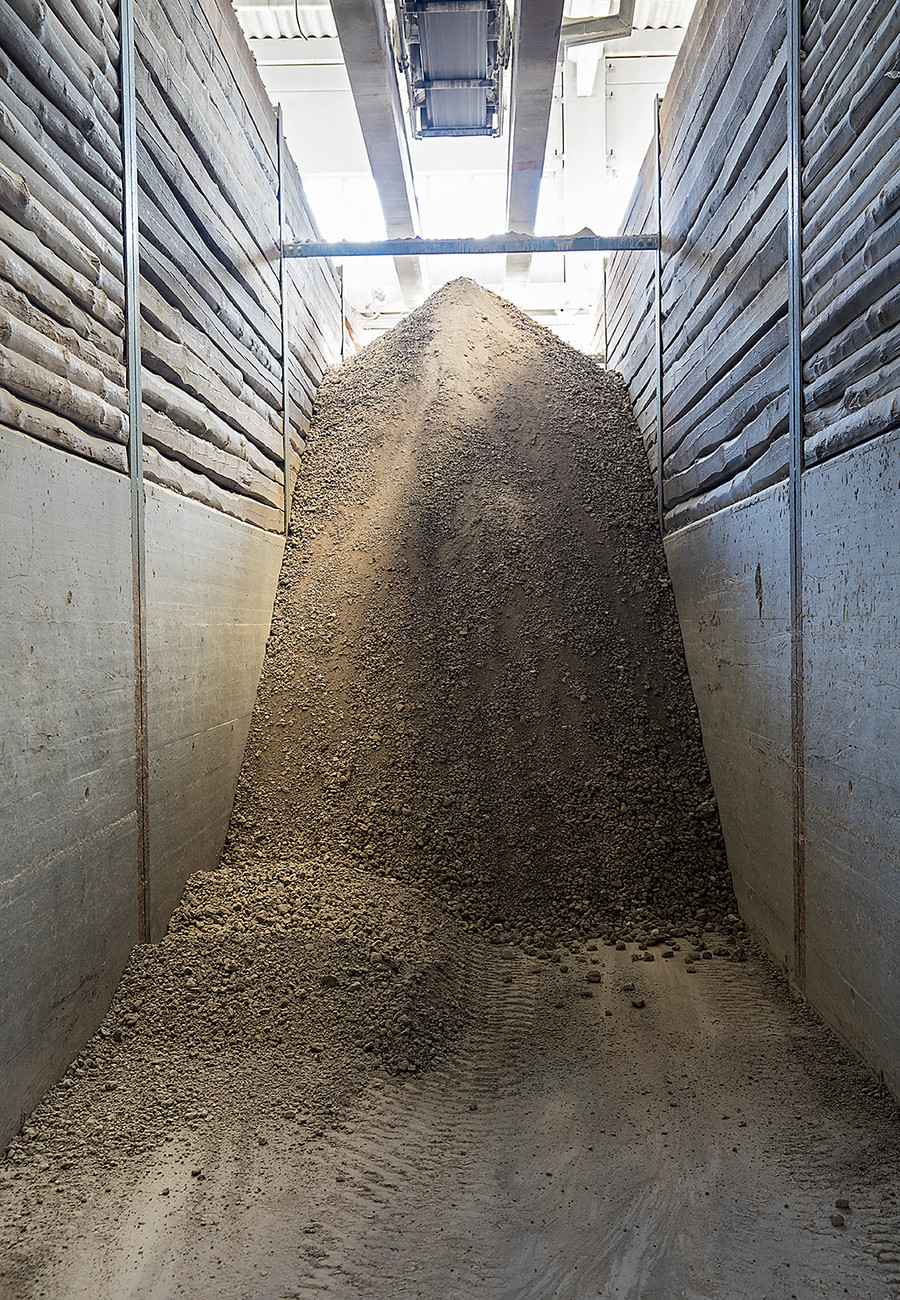 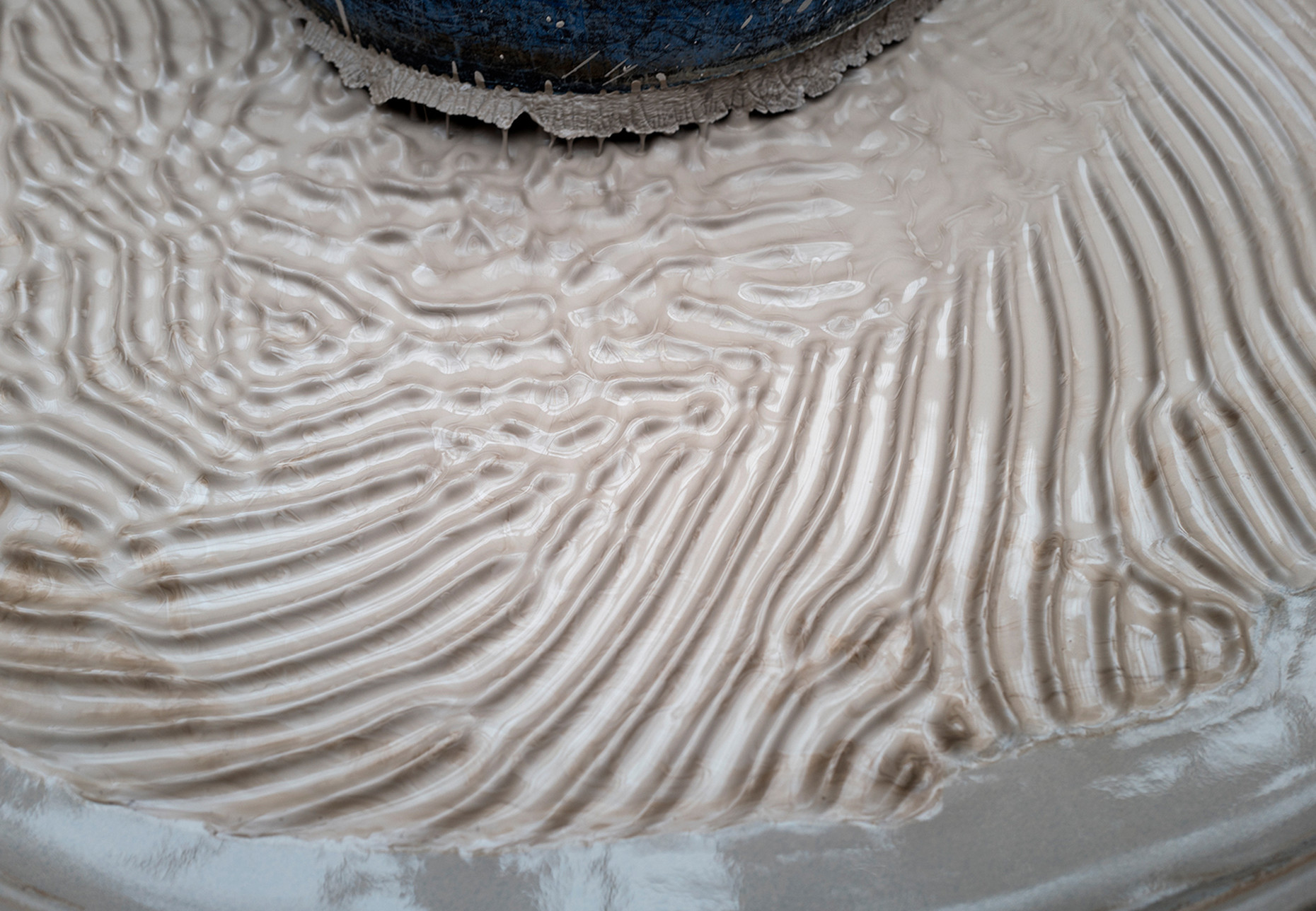 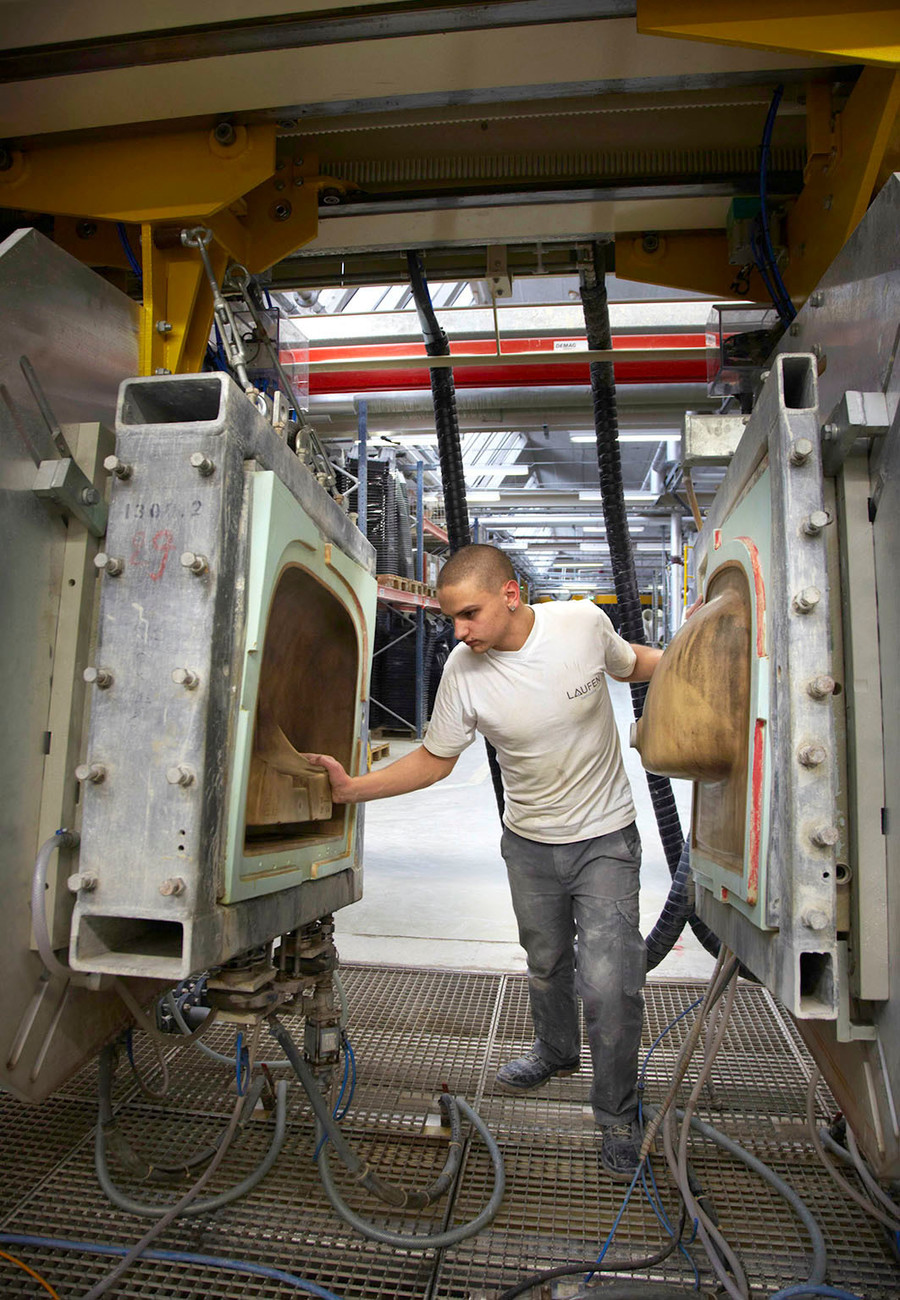 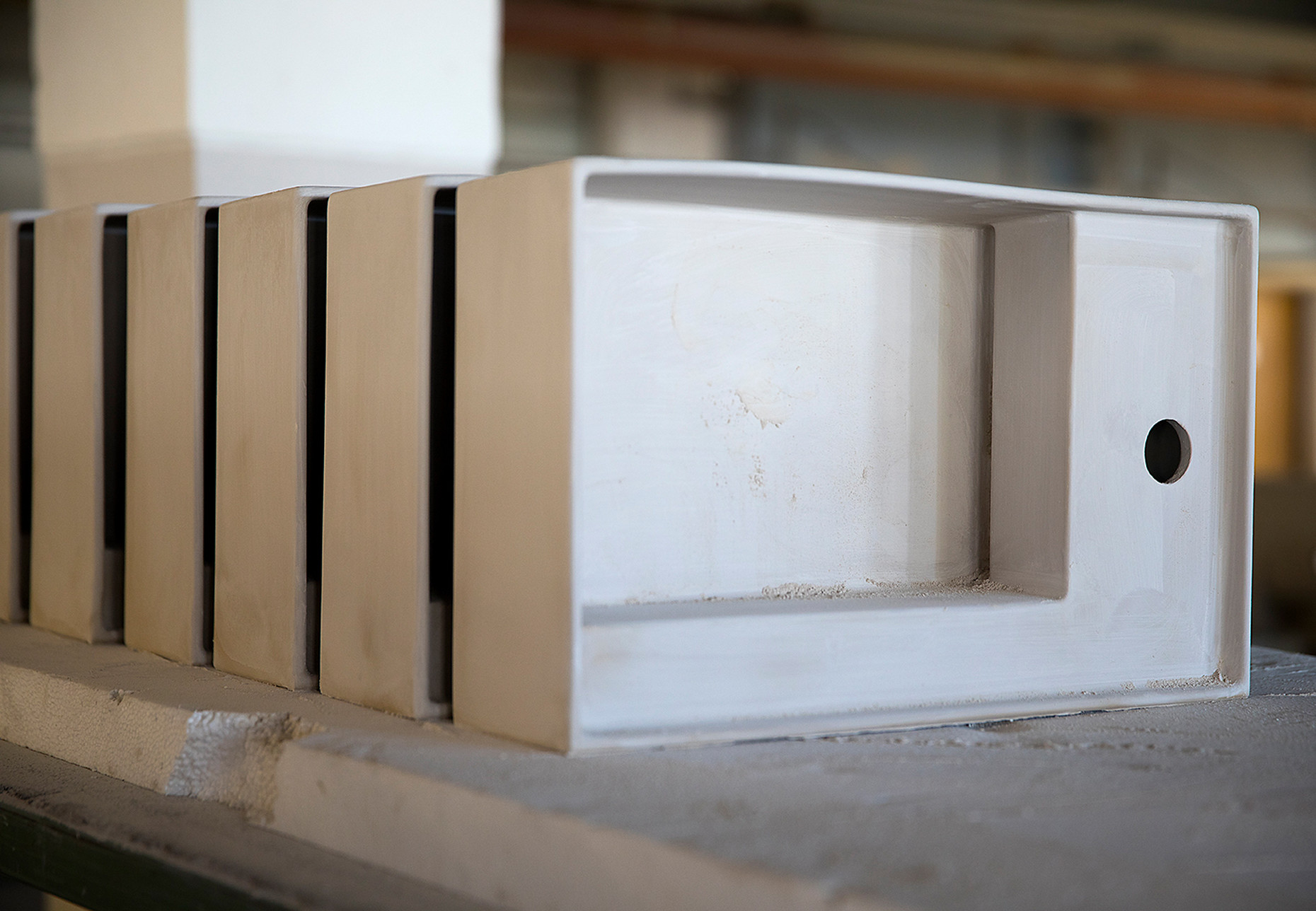 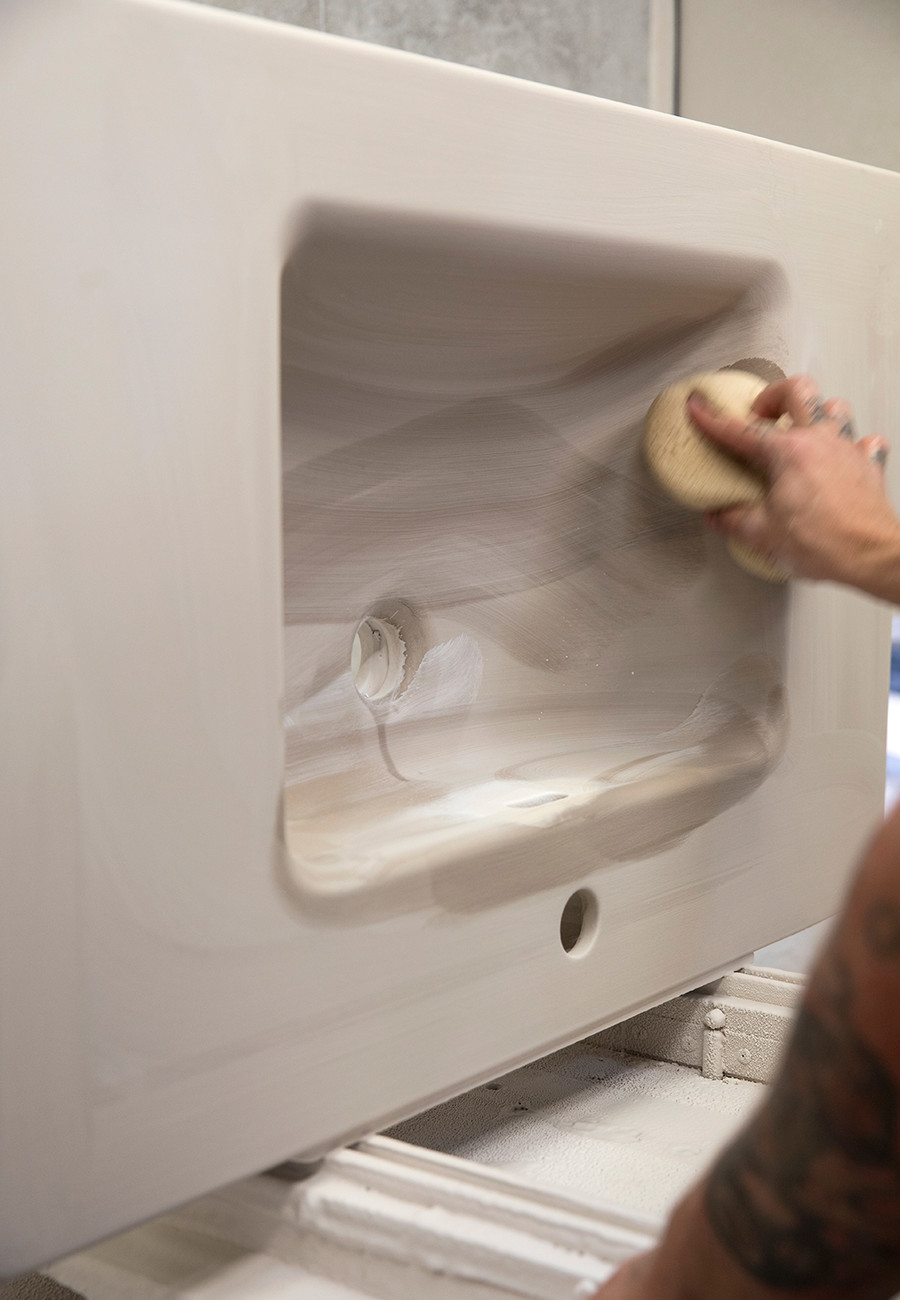 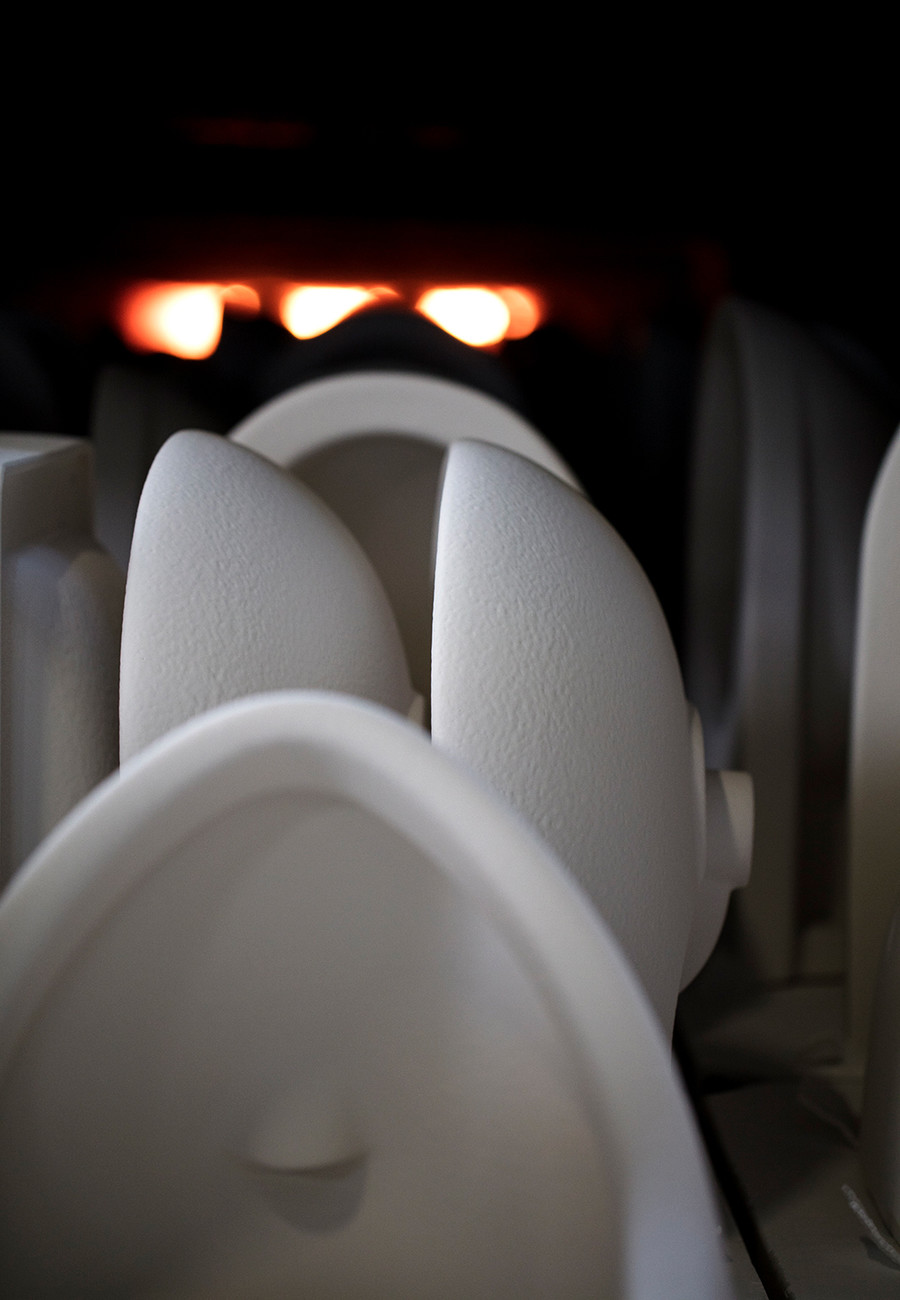 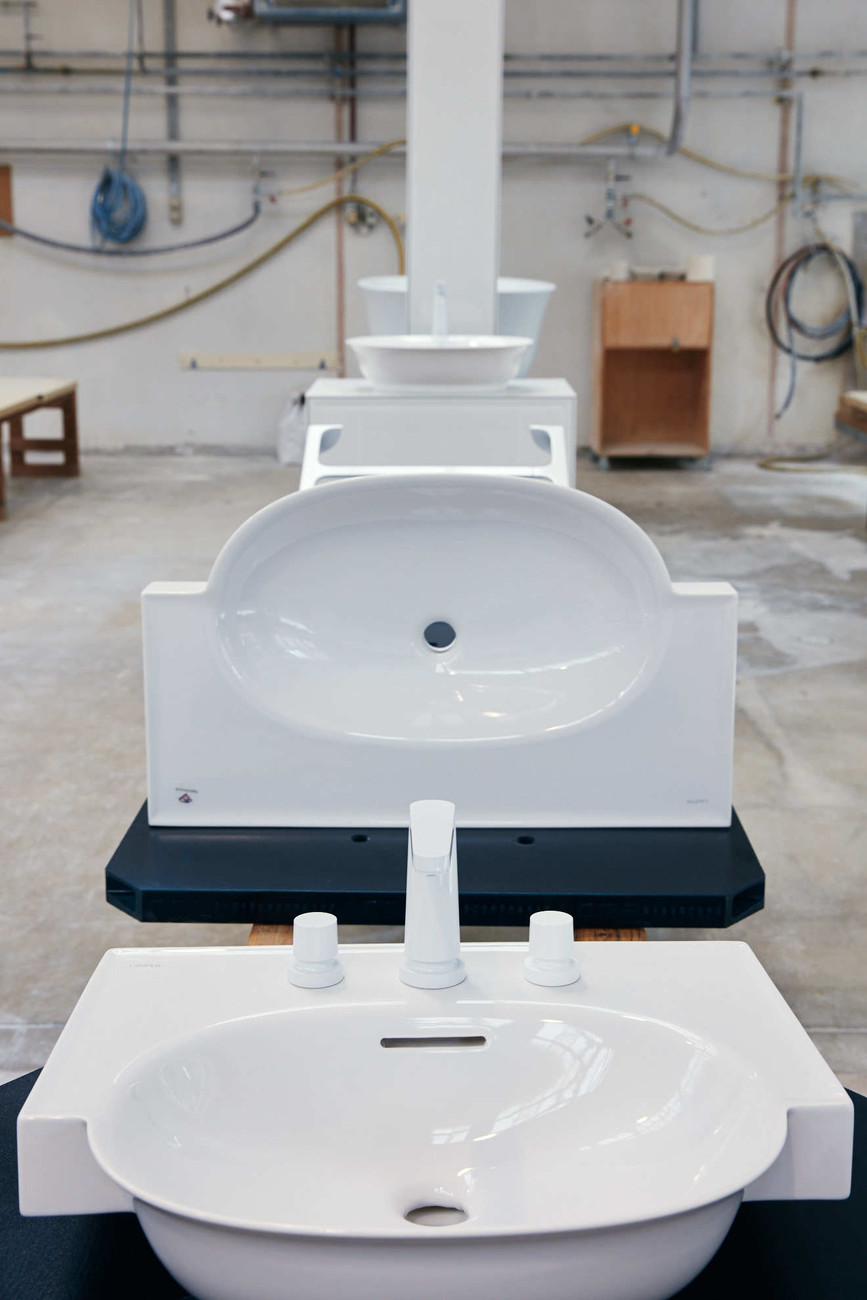 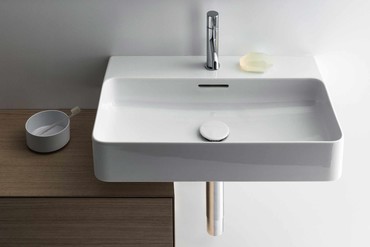 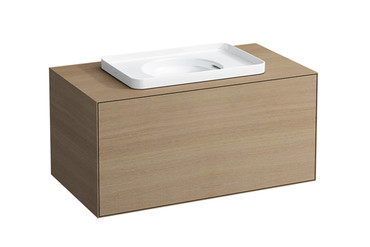 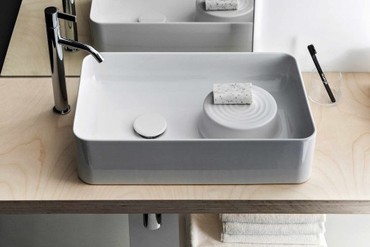 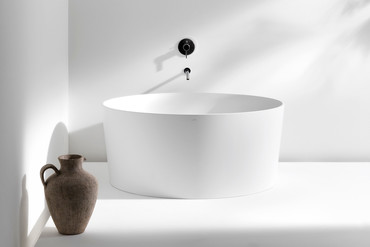 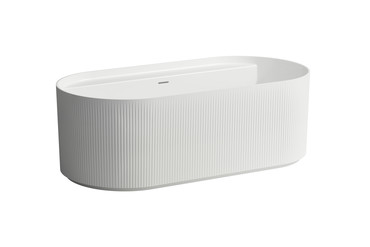 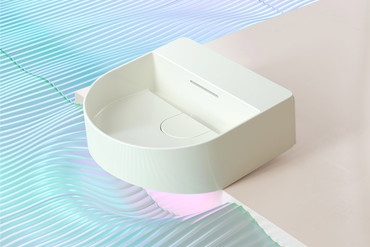 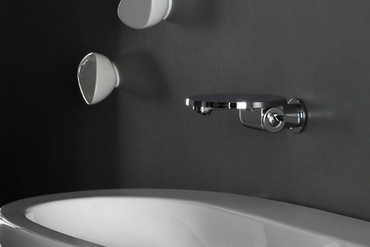 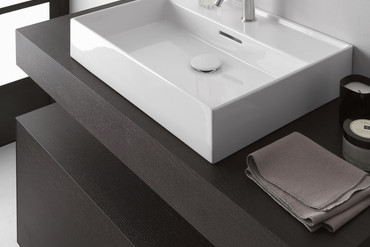 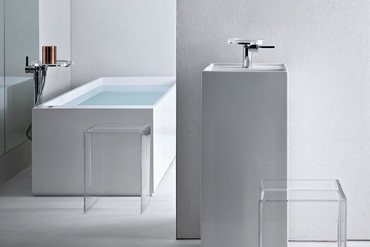 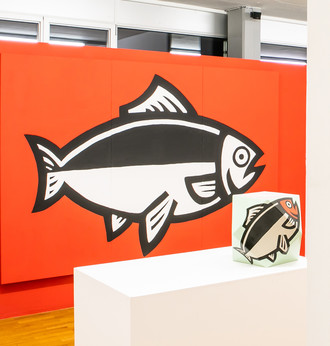 From Basel to Brazil

Bathroom ceramics manufacturer Laufen provides proof of the direct connection between art, design and craft with this project. 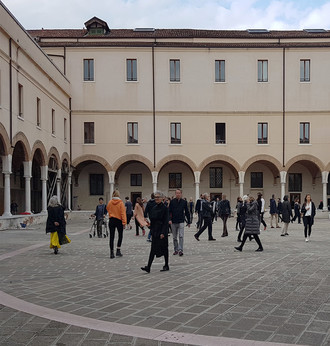 The Discovery of Slowness

Salon Suisse adopts a consciously laid-back approach for its show at the 2019 Venice Biennale. “Slow”is this year’s motto. Sanitary ceramics specialist Laufen is the event’s main sponsor for the eighth time. 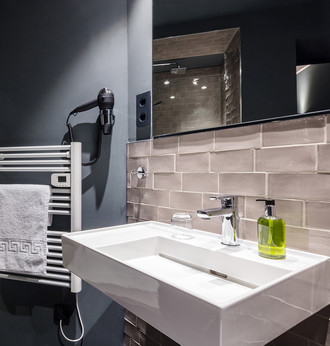 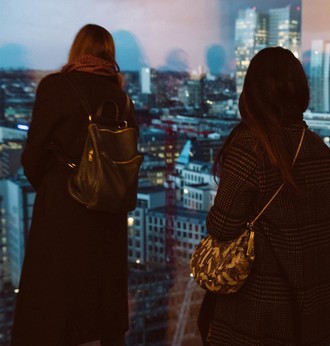 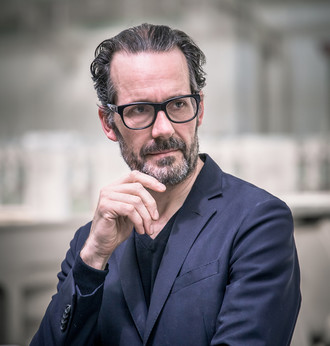 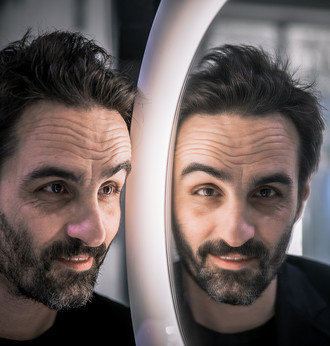 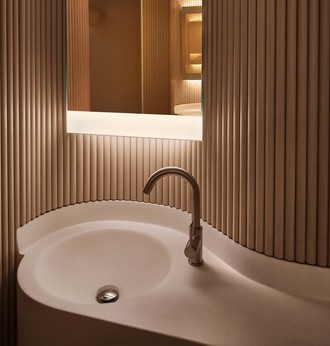 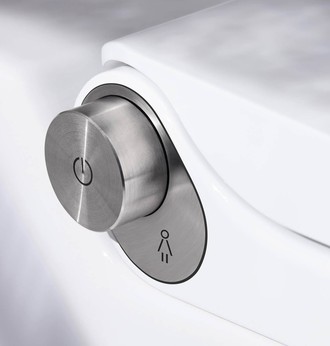 Fine designs by Laufen make for elegant accents in a boutique hotel in Vienna. 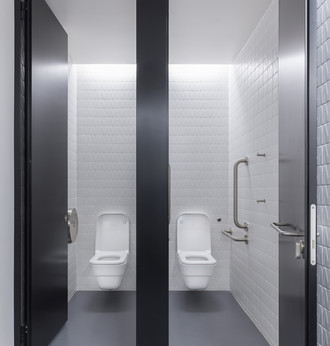 A “smallest room” with the highest standards

Laufen's sanitary ware has acquired an outstanding reputation thanks to the groundbreaking materials it has developed. The WCs “Moderna Plus” and “Moderna R” models were used for the extension to the Tate Modern in London that recently opened.
Advertisement