The architects at MSM Meyer Schmitz-Morkramer designed St Martin Tower to reflect the typical character of business in Frankfurt. The façade of the wing-shaped 18-storey high-rise on Theodor Heuss Allee boasts slender rectangular windows and a façade structured in sections of two storeys, devices that emphasize the building’s vertical thrust. MSM suggests that as a result the tower conveys “masterful dynamism and elegance” – and offers a total of 40,000 square meters of gross floor area for offices, conference rooms, a restaurant complete with café as well as a large roof-top terrace with a marvelous view out over Frankfurt’s renowned skyline. The architects have selected slender light stele from Ewo’s “EL” line for the stairwells and the brightly paved outdoor plaza, providing a visual guidance system for visitors and ensuring safe orientation when darkness falls.

The slender luminaires emulate the architectural concept underlying the high-rise – they have been given a special black finish that harmonizes with the façade design. Ewo, a family-owned company headquartered in North Italy, also manufactured customized flange plates for the stele as the foundations had already been cast.

The purist, rectangular luminaire bodies conceal ingenious technology and energy-saving LEDs with different light strengths and colors: MSM chose warm white light with a color temperature of 3,000 Kelvin and satined lenses that create soft contours on the plaza. The bodies of the stele also contain intercom components, a traffic light system, cameras and tank ventilation outlets. This was possible because Ewo has created a modular system for the “EL” series that can integrate very many different components into the elegant units. In fact, different light cones can be achieved exactly as needed by utilizing flexibly directed LEDs – depending on whether larger areas or narrow paths need to be illuminated. For the stairwells and outdoor areas in front of St Martin Tower they radiate alternately in both directions. And in this way not only ensure that visitor routes are well lit, but also create a striking image consistent with the character of the new high-rise. (rw) 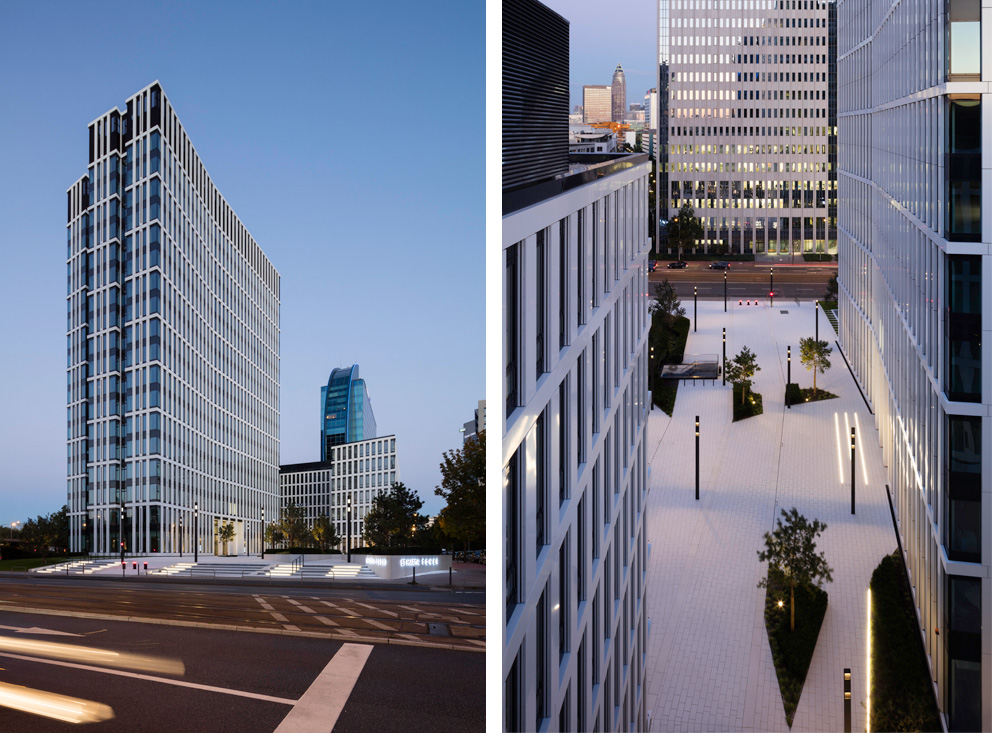 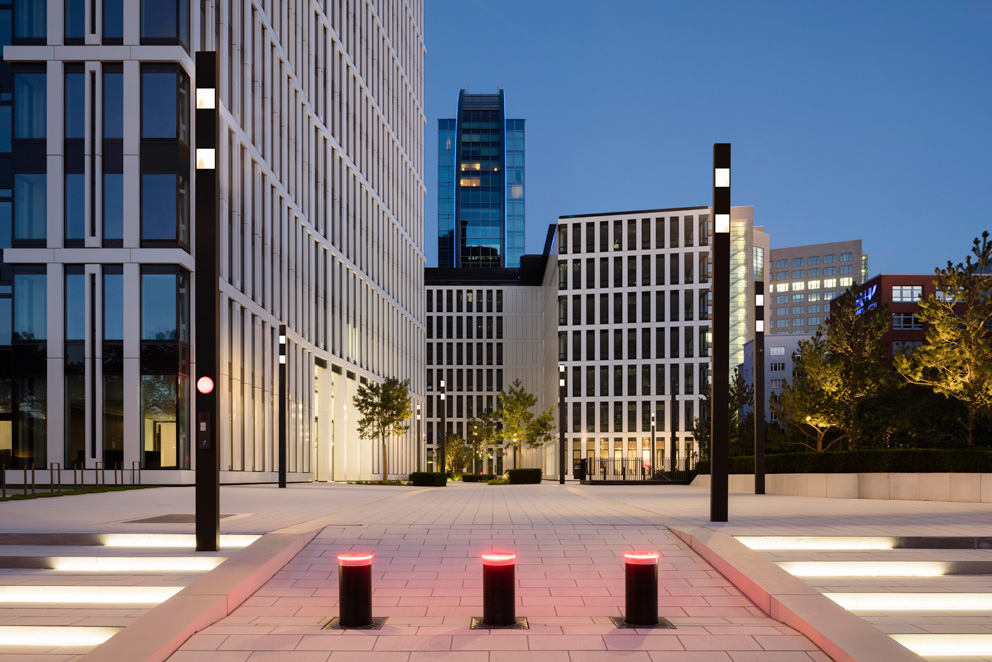 A match for the architecture: the architects at MSM chose the elegant “EL” steles by Ewo among the stairways and at the plaza, which not only serve for good orientation in the dark but also correspond with the architecture of the tower. Photo © Hans Georg Esch/ewo 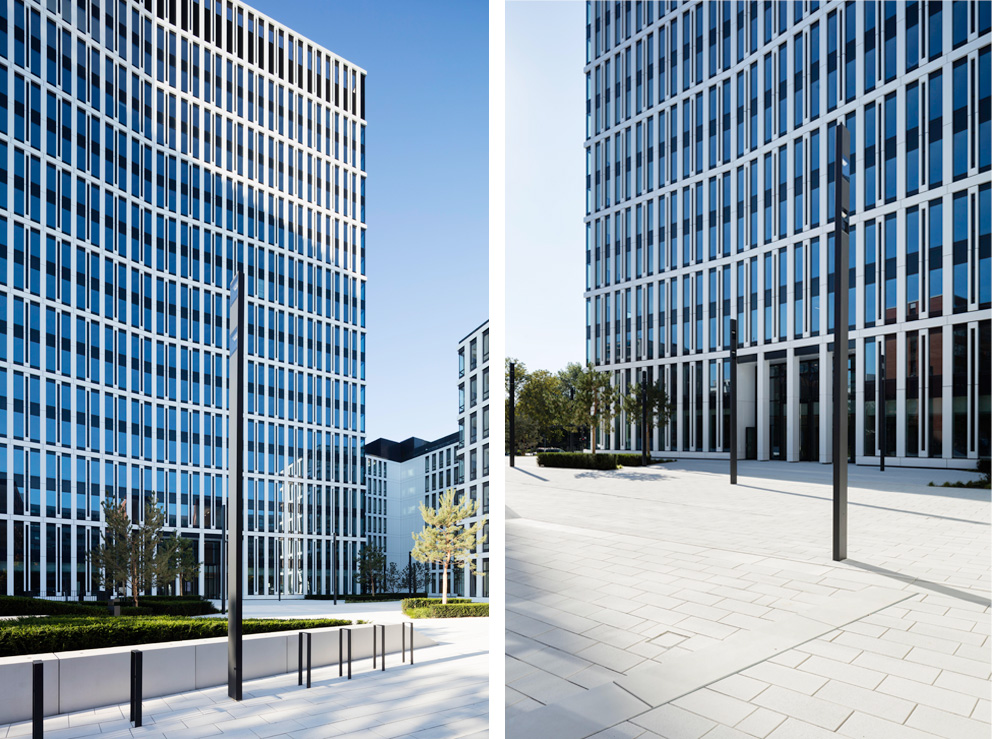 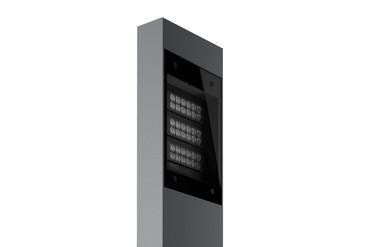 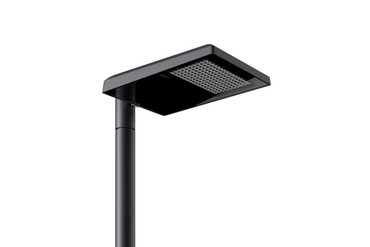 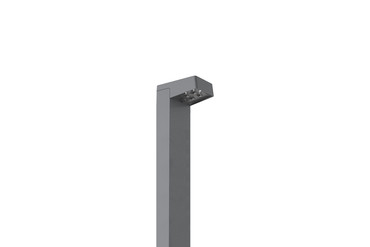