M assive, and as awesome as a stranded ocean liner, “Cité Radieuse”, designed by Le Corbusier and built in 1952, towers up above parkland. Hard to guess that inside it there are airy, elegant apartments, all of them perfectly ventilated and lit, with a view out across Marseille and the Med.

Le Corbusier called his design for “Unités d’Habitation” a “vertical village”, with all the everyday functions spread across the 18 stories of the complex. The idea was to create an autonomous residential ensemble that could serve the post-War era as a model of modern dwellings. The building is home not only to 330 apartments but also to a small hotel wing for visitors, a sports facility and a playground on the communal roof terrace and stores catering to everyday needs.

We have the generous and decidedly design-loving inhabitants of Apartment # 50 on the 5th floor of the 138-meter-long complex to thank for a personal insight into dwelling in the “Cité Radieuse” as in the summer months they repeatedly open their private apartment, maintained almost in its original state, to the public. And what is more, they invite the big names in contemporary design to turn the flat into a temporary stage for their ideas and works.

After Jasper Morrison in 2008 and the Bouroullec Bros in 2010 the apartment this summer is hosting a scenography by Munich-based industrial designer Konstantin Grcic.

In the 98-square-meter apartment Grcic is presenting an arrangement of his favorite products. They include “Topkapi” marble table which Grcic created for Marsotto, and the “Medici” armchair collection for Mattiazzi, Magis’ “360” stool and other designs that have long since become classics, such as “Chair One”, the “Mayday” luminaire and his “Diana” table. Grcic has carefully assembled all these items and exclusively presented in the colors red, white and black in order to consciously set them off from Le Corbusier’s piece.

Konstantin Grcic’s love of music is also to be sensed in the setting: The furniture items have been complemented by four large-format repro-prints from Punk fanzines made and printed by Punk aficionados themselves. While the encounter between Punk and Le Corbusier may seem strange or surprising at first sight, this is what Grcic finds so fascinating:

“Without forcing the idea of common grounds, I find that both have a rawness and uncompromising spirit which I have always found compellingly beautiful. Bringing both cultures together in this project felt most inspiring and, in the end, surprisingly fitting.”

It all goes to show that Corbu’s architecture can constantly be staged in a new and exciting way. What counts is not when the architecture and the designs were created, but the background and depth to the designs are what decide whether they become immortal.

Or as Grcic puts it in Apartment # 50 using a larger-than-life poster of Sid Vicious, the Sex Pistols’s bass player: “Looks didn’t matter during the punk days. It was what we were saying that counted.”

APPT.N° 50
An installation by Konstantin Grcic

The bedroom with the “Mayday” lamp by Flos and the “Diana” tables by ClassiCon. Photo © Philippe Savoir & Fondation Le Corbusier/ADAGP

The “Topkapi” marble table by Marsotto and the “360°” stools by Magis in front of Le Corbusier’s furniture, maintained in its original state. Photo © Philippe Savoir & Fondation Le Corbusier/ADAGP 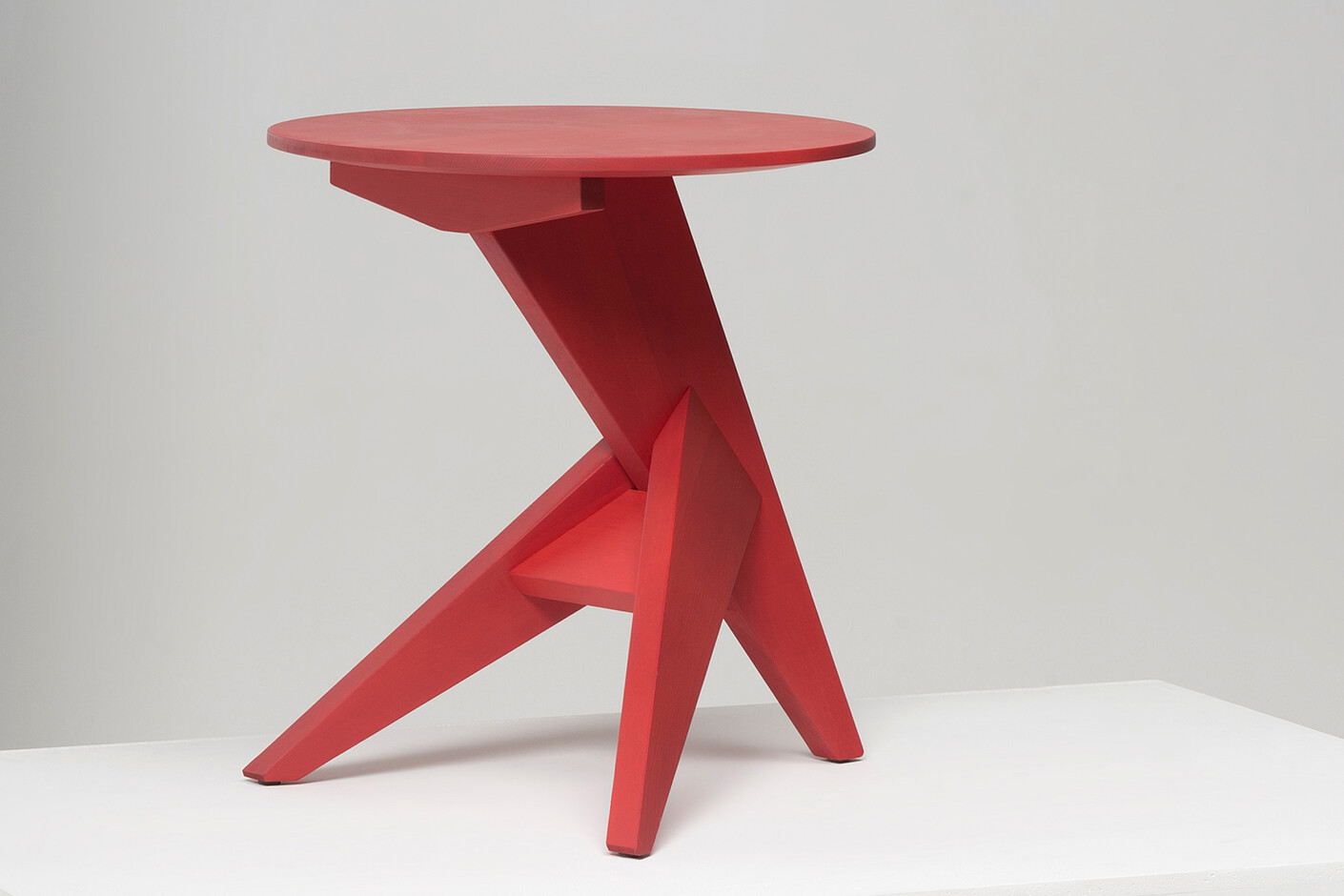 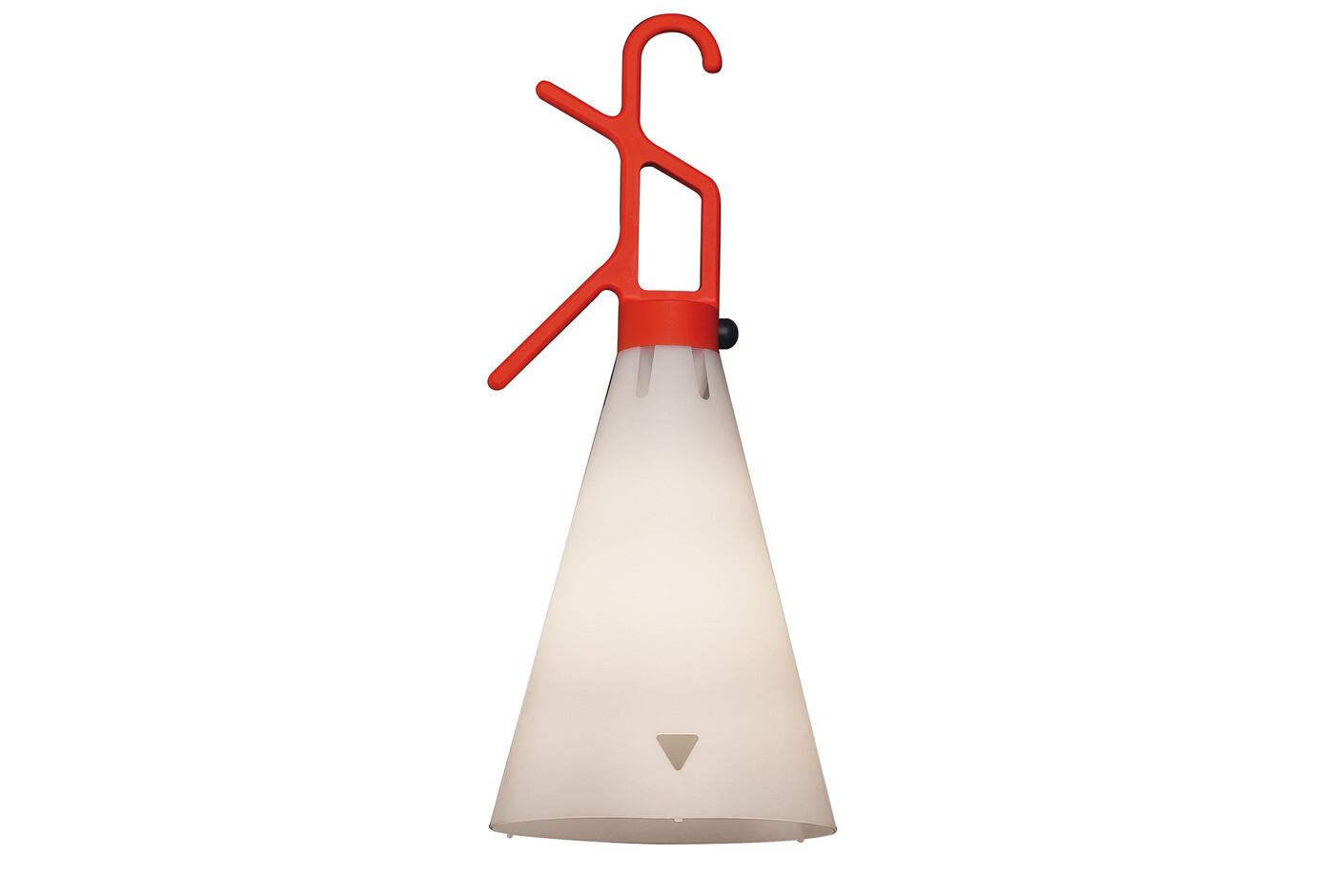 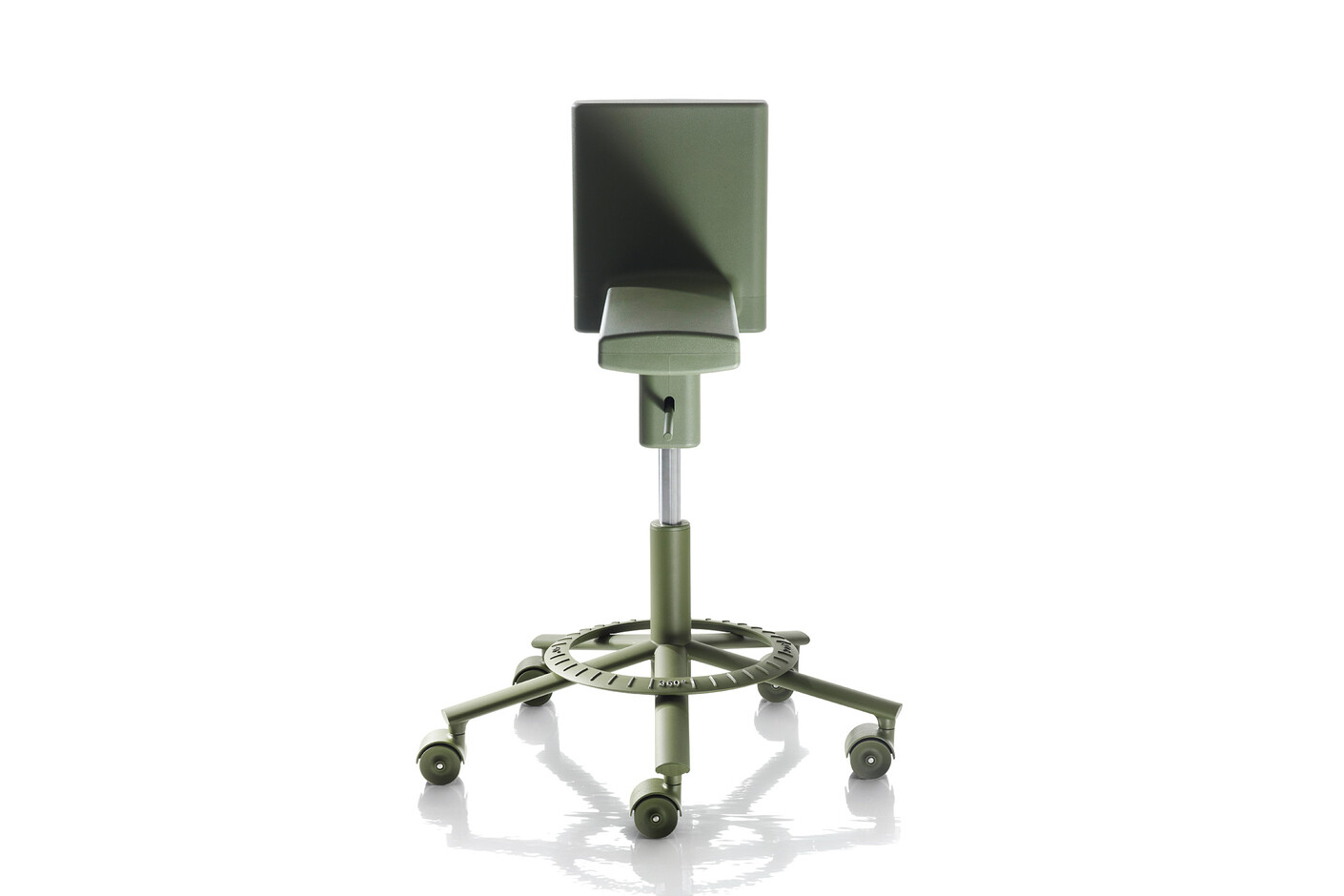 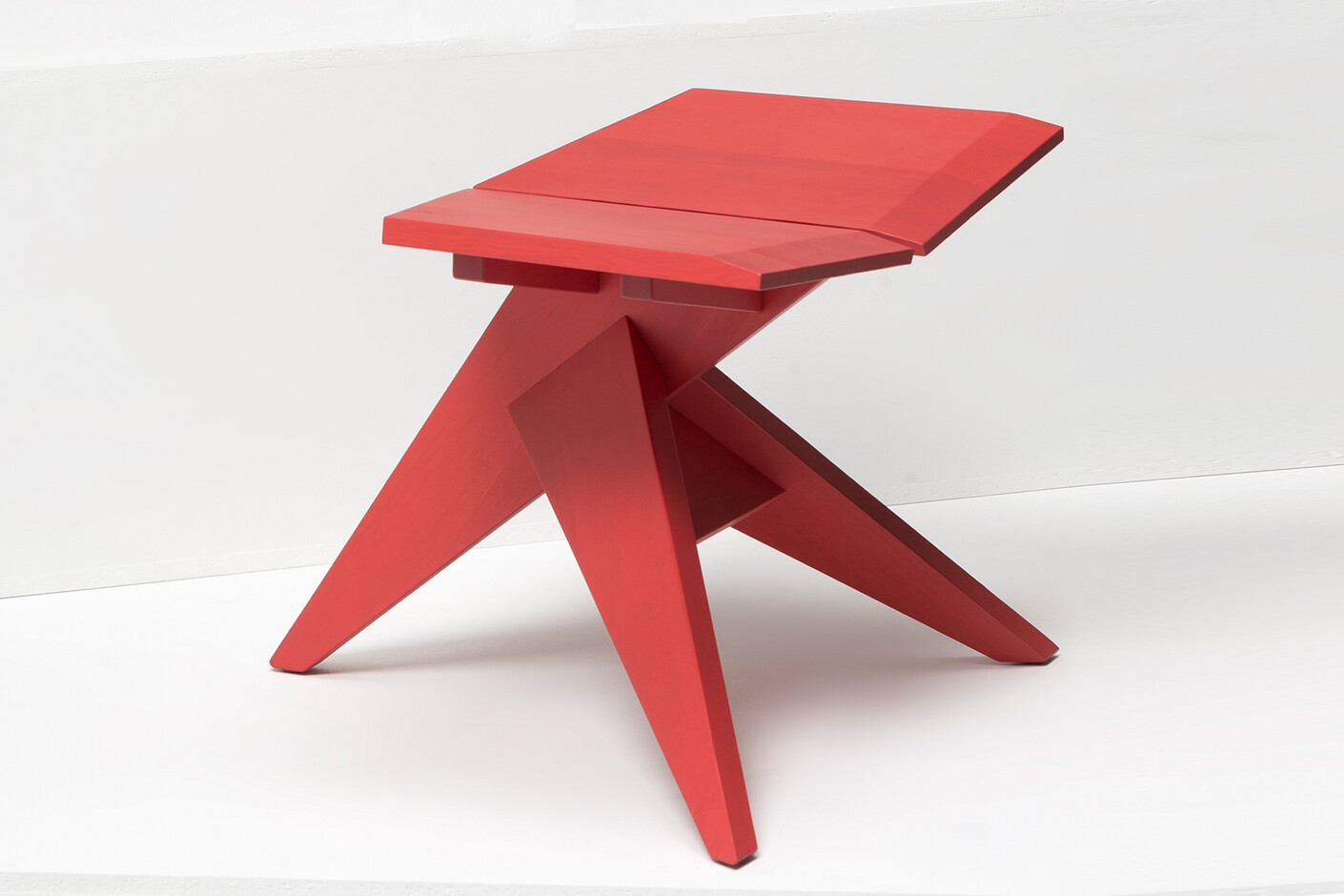 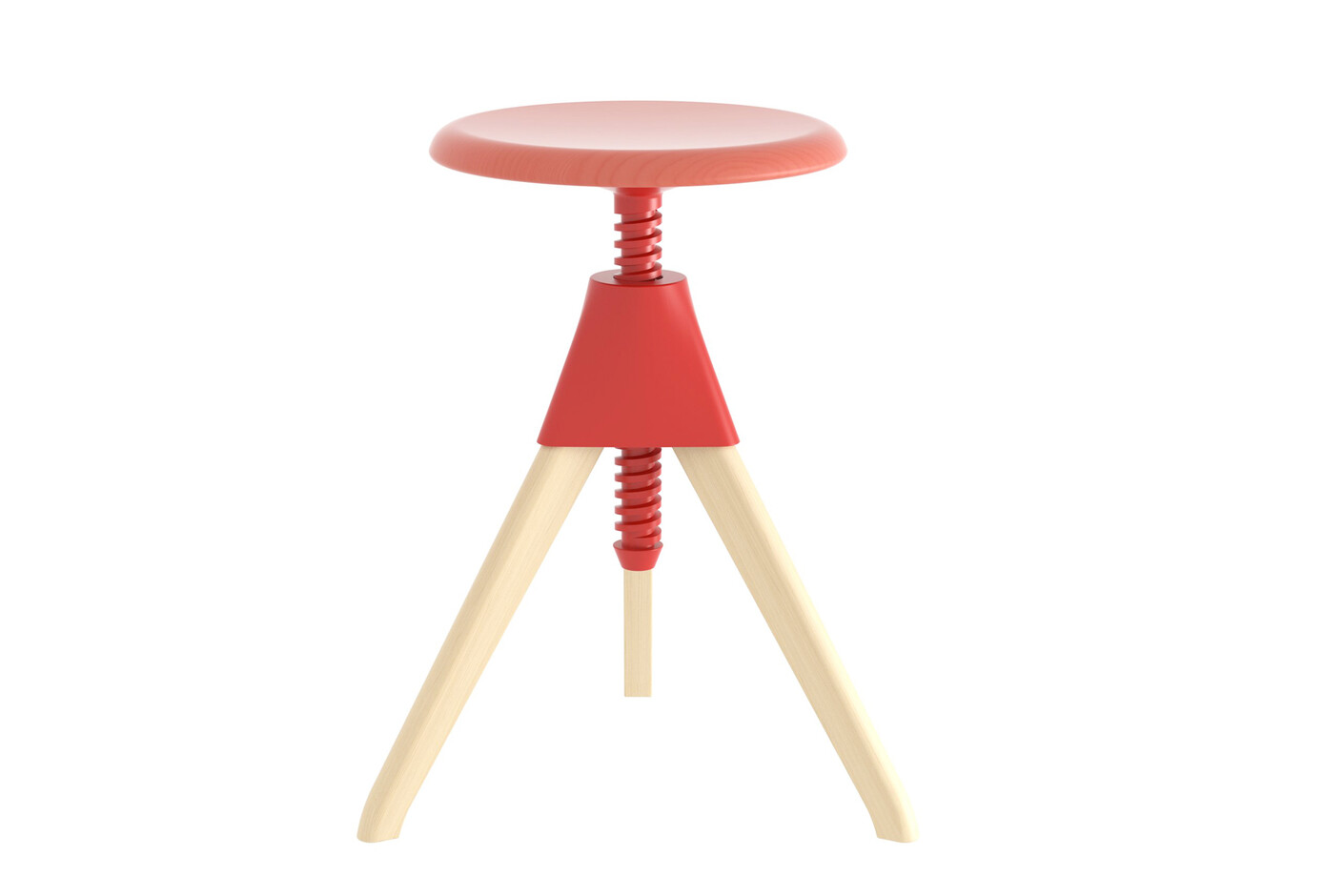 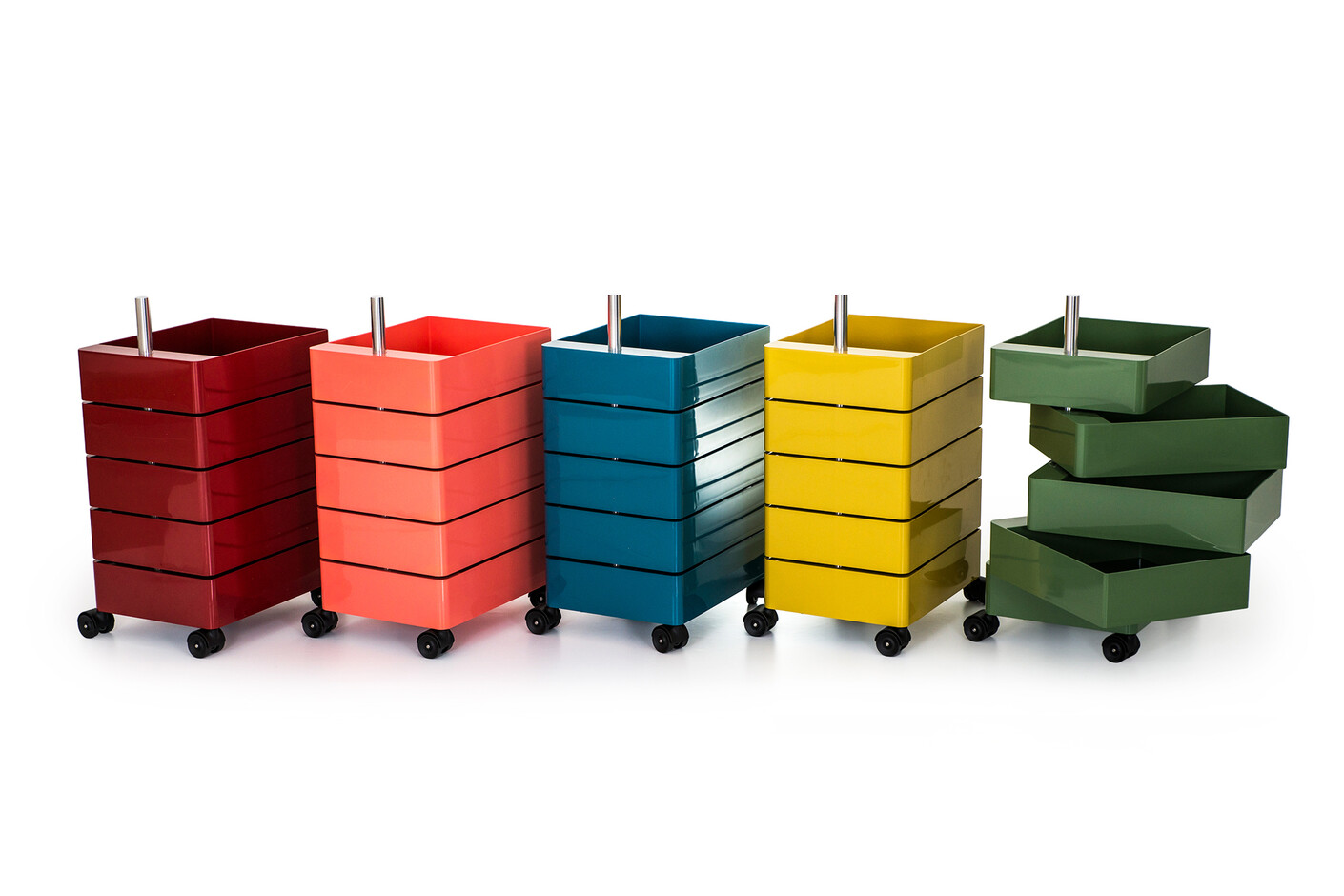