Get on your UFO!

The built future optimism of the 1970s can currently be viewed at the “Utopie Plastic” exhibition in Friche de l’Escalette near Marseille.
by Adeline Seidel | 8/29/2017

In the 1970s, the future seemed more daring, more colorful, and more optimistic than today. Everything people dreamed up was simply easygoing and had a certain lightness about it. This is also the case if one considers the mobile houses by designer Jean-Benjamin Maneval and architect Matti Suuronen or the designs by Georges Candilis and Anja Blomstedt. In 1972, the latter two developed the “Hexacube”, a kind of plastic honeycomb consisting of a ceiling and a floor element that when stacked resulted in a room, the “Hexacube”. Depending on your needs, the honeycombs can be extended on all six sides to create complex spatial structures. In 1968, French designer Jean-Benjamin Maneval for the first time presented “Bulle”, a holiday home shaped like a flower. And with his “Futuro House”, Finnish architect Matti Suuronen created a kind of UFO-cum-home, that while not being able to zip through space could be transported quite spectacularly by helicopter to wherever you wanted it to stand.

The pavilions have now landed in the industrial wasteland of Friche de l’Escalette nr. Marseille and are on display there until the end of September. They are exhibit and exhibition space rolled into one, as inside the buildings there’s a collection of contemporary plastic furniture on show, including, for example, Maurice Calka’s “Boomerang Desk” (1969), Quasar Khanh’s “Aerospace”, designs by Benoît Ramognino, Wendell Castle’s “Baby Molar Chair” (1971) Eero Aarnio’s “Tomato Divan” (1971) and Wener Zemp’s “Playground” (1968), a prototype made of plastic dyed yellow originally intended as the playground structure for a kindergarten in Zurich.

The grounds of Friche de l’Escalette nr. Marseille first opened to the public in 2016. The plan is for the exhibitions to focus on lightweight architectures, sculptures and furniture.

For summer 2018 and exhibition on Jean Prouvé`s “Maison Tropicale de Niamey” is planned. The display will present the building in the state in which Éric Touchaleaume found it in 2000 in Niger. 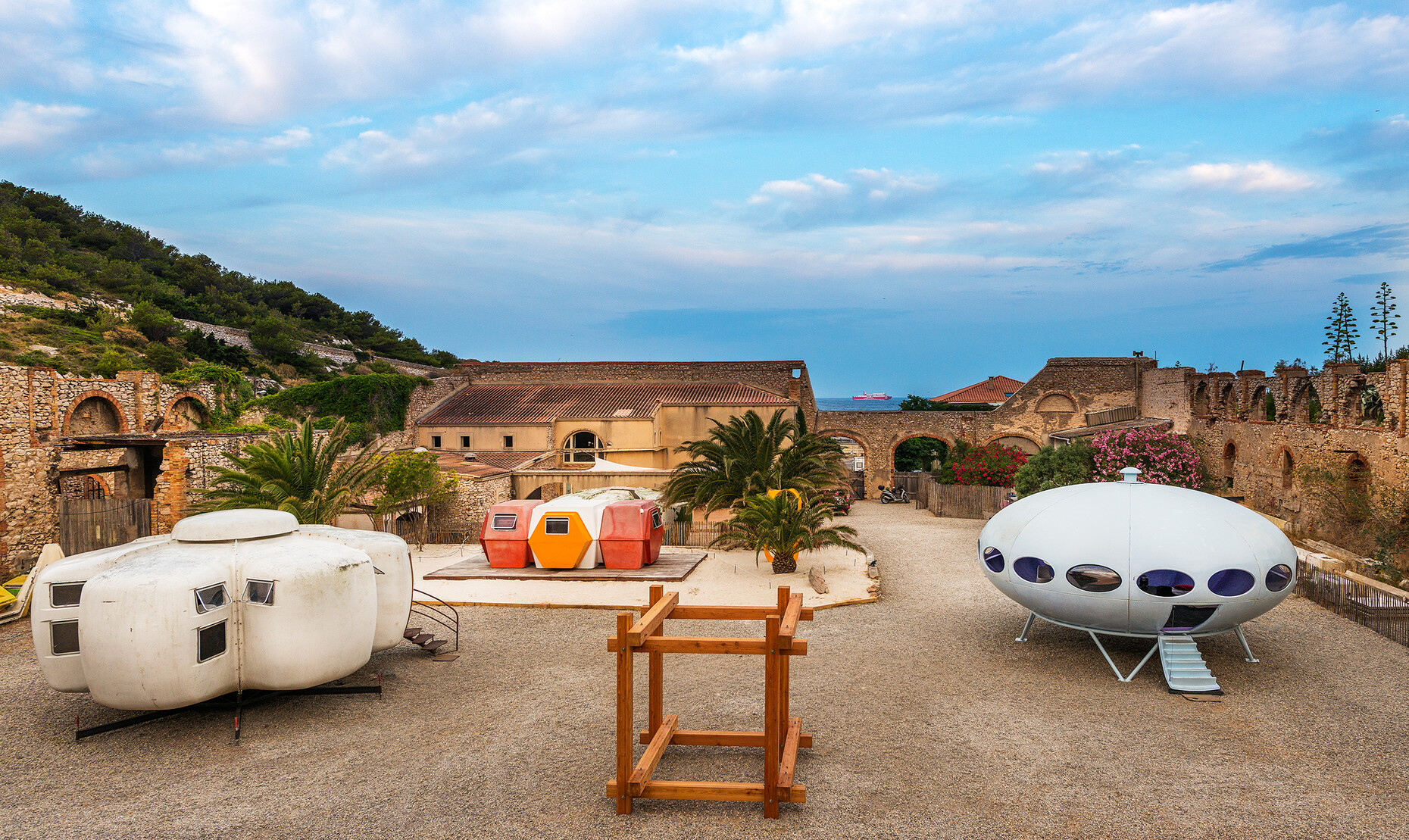 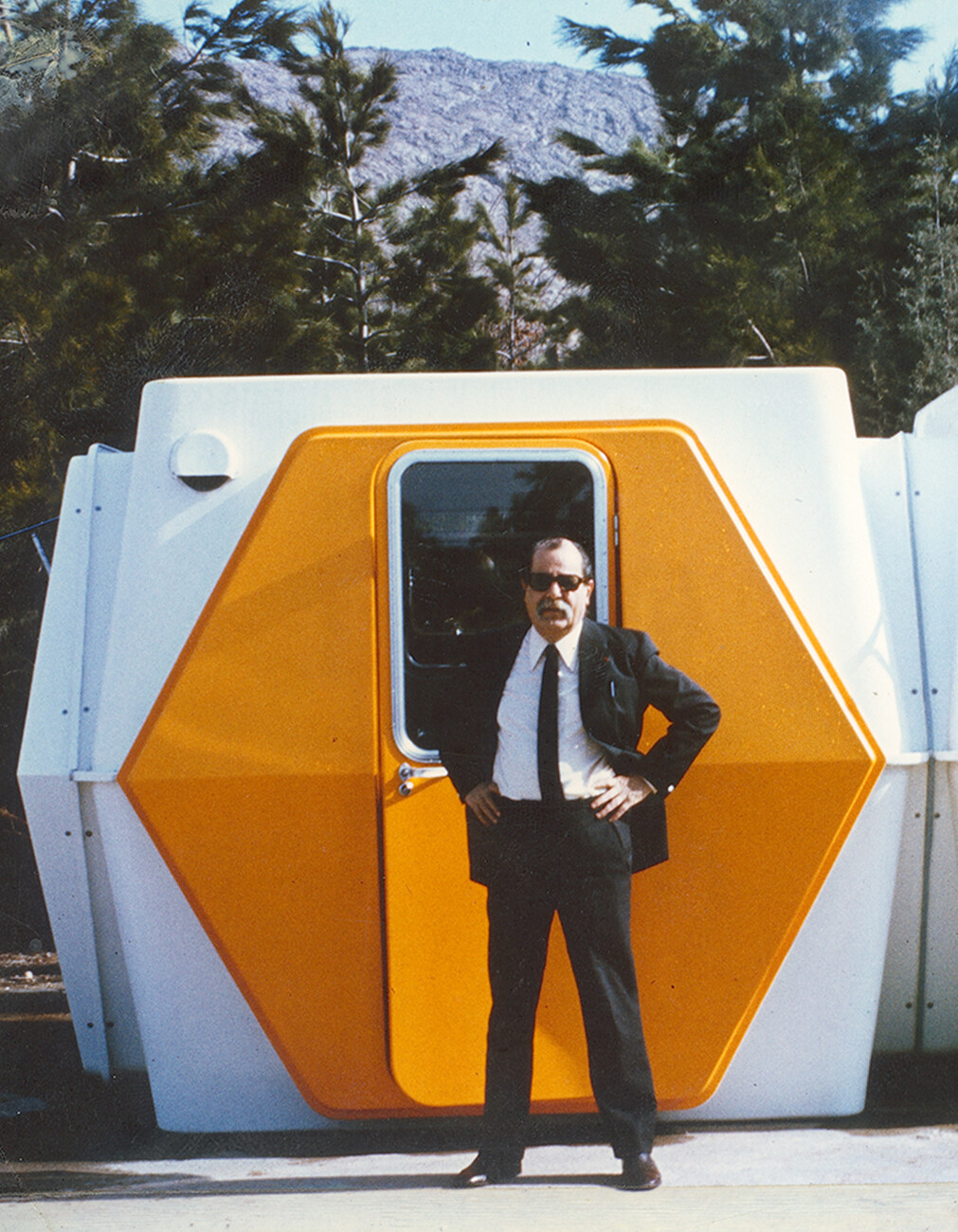 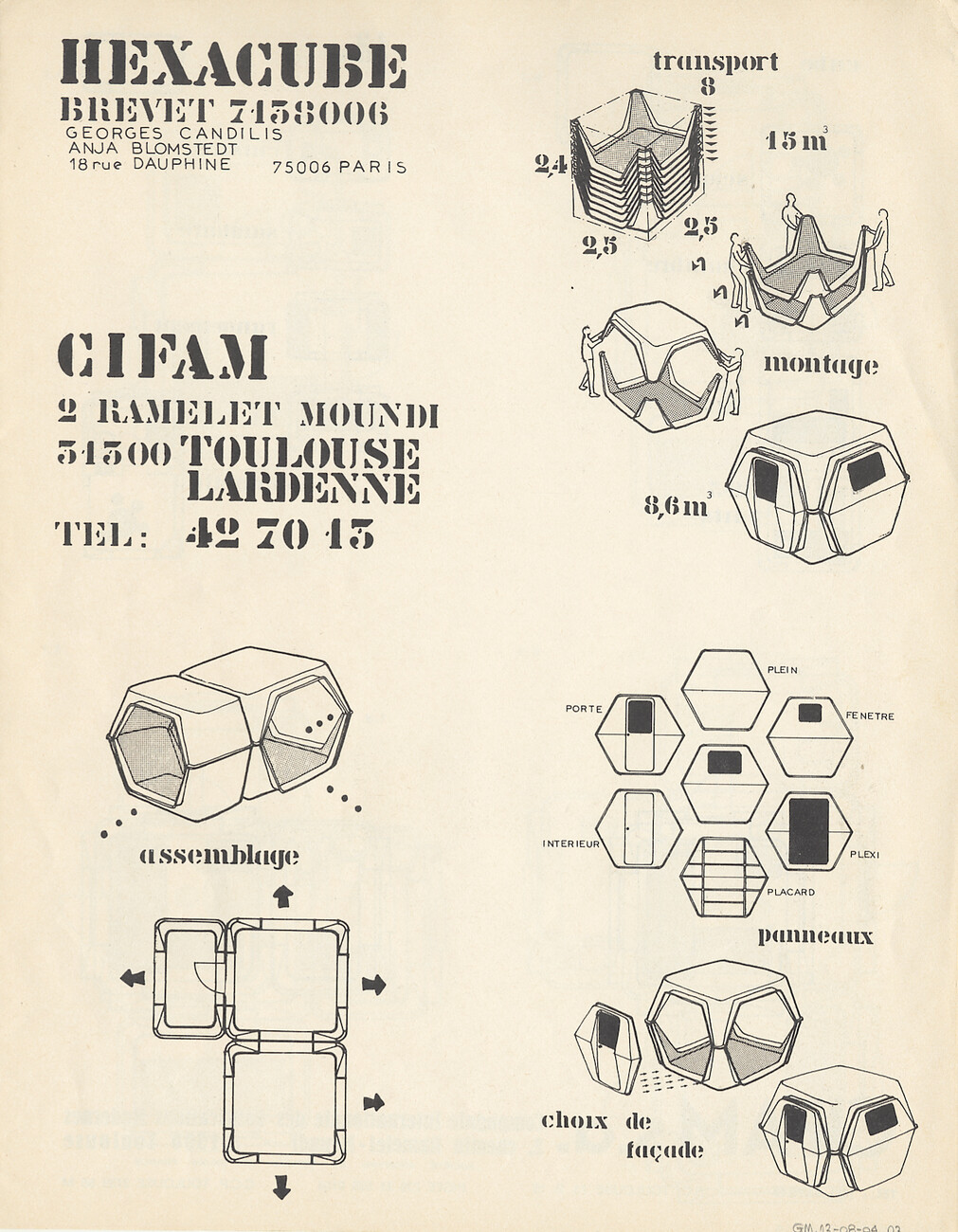 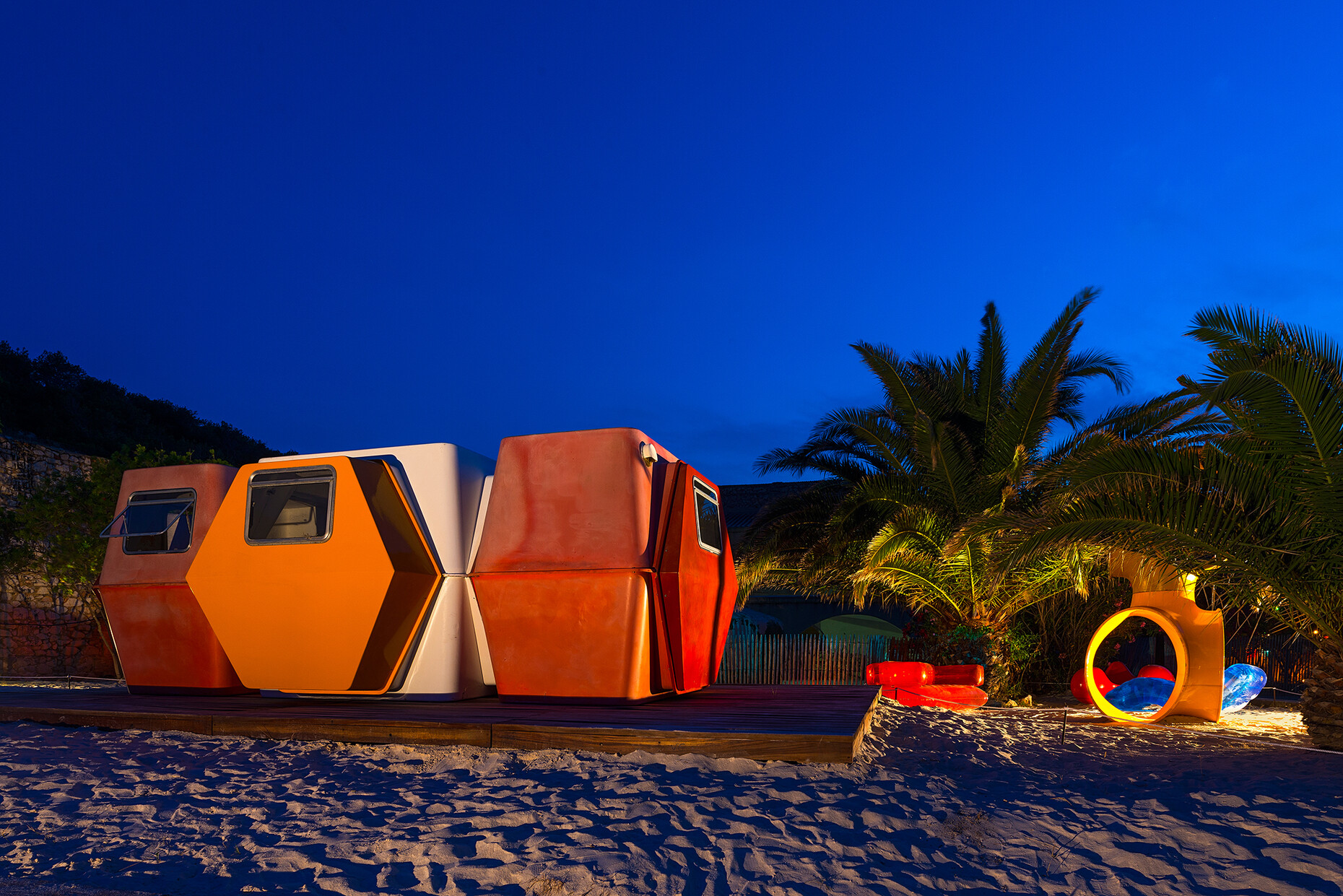 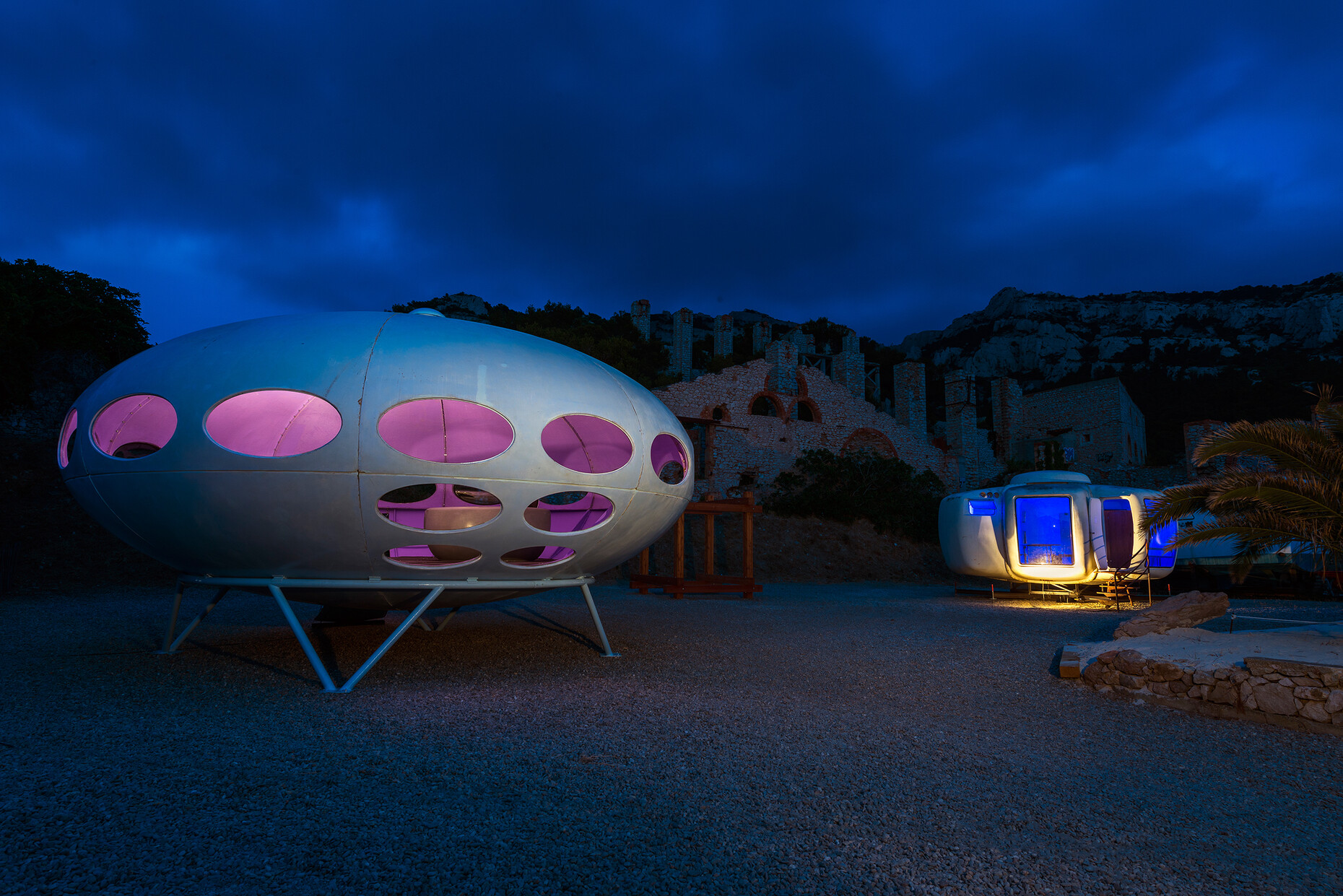 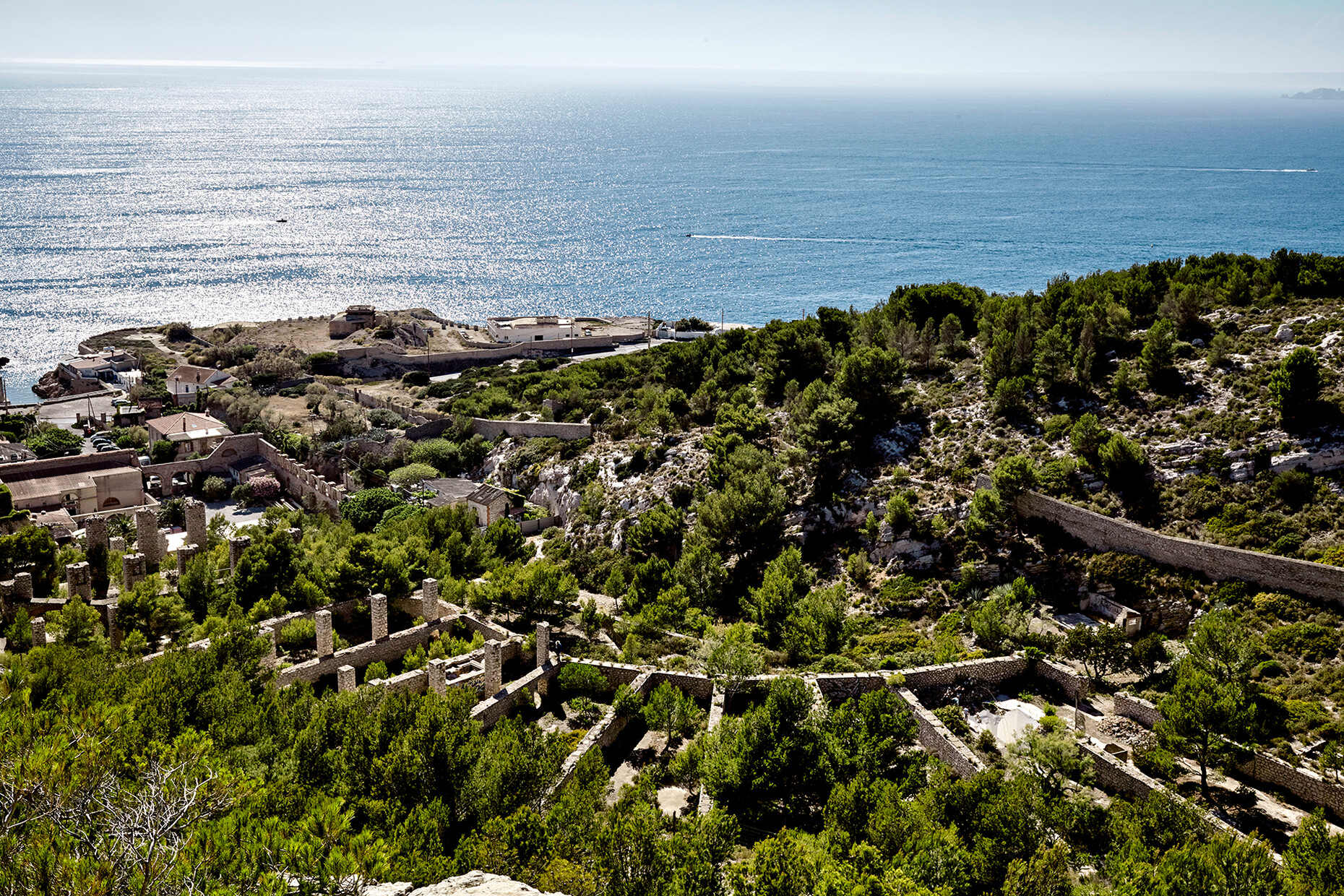 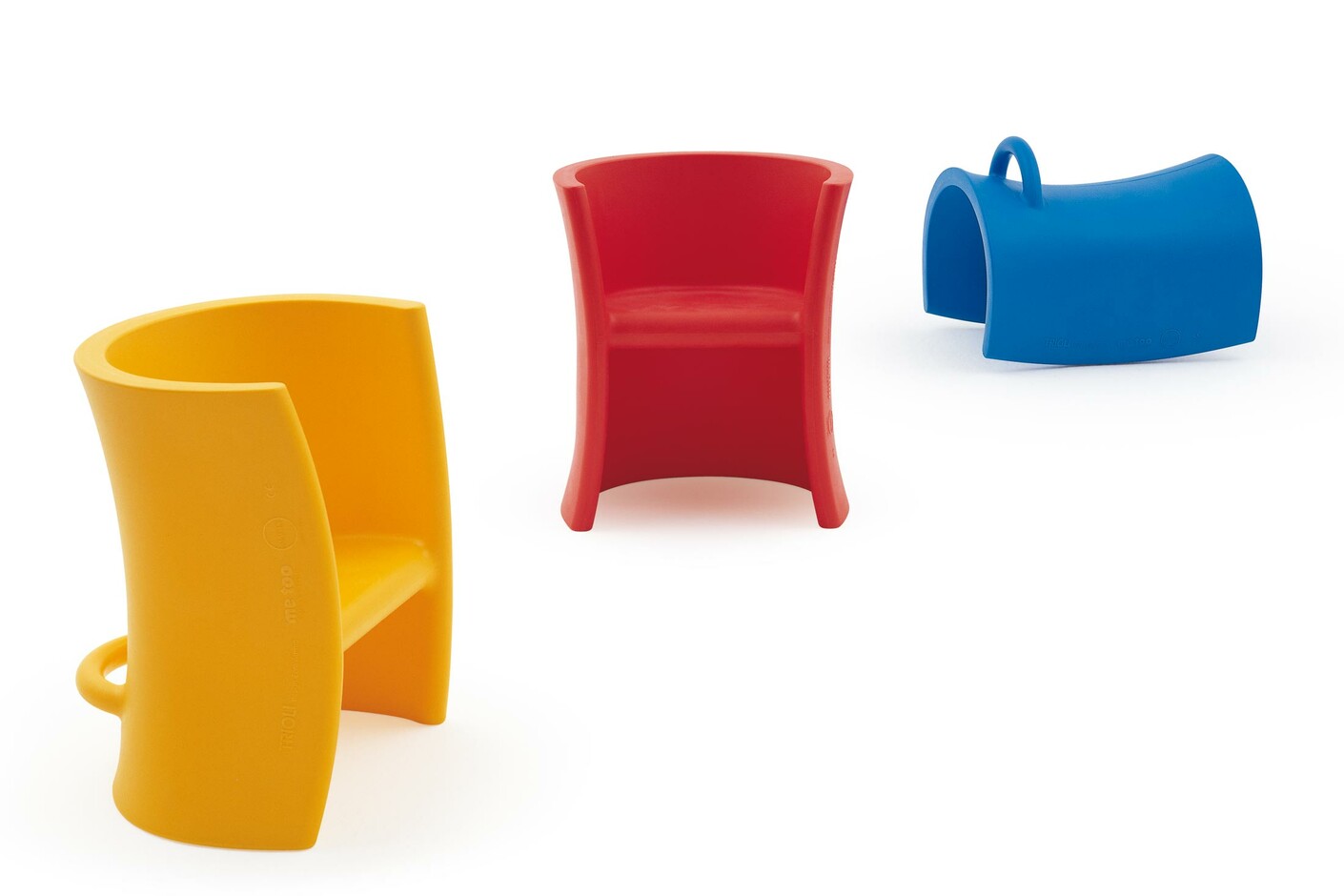 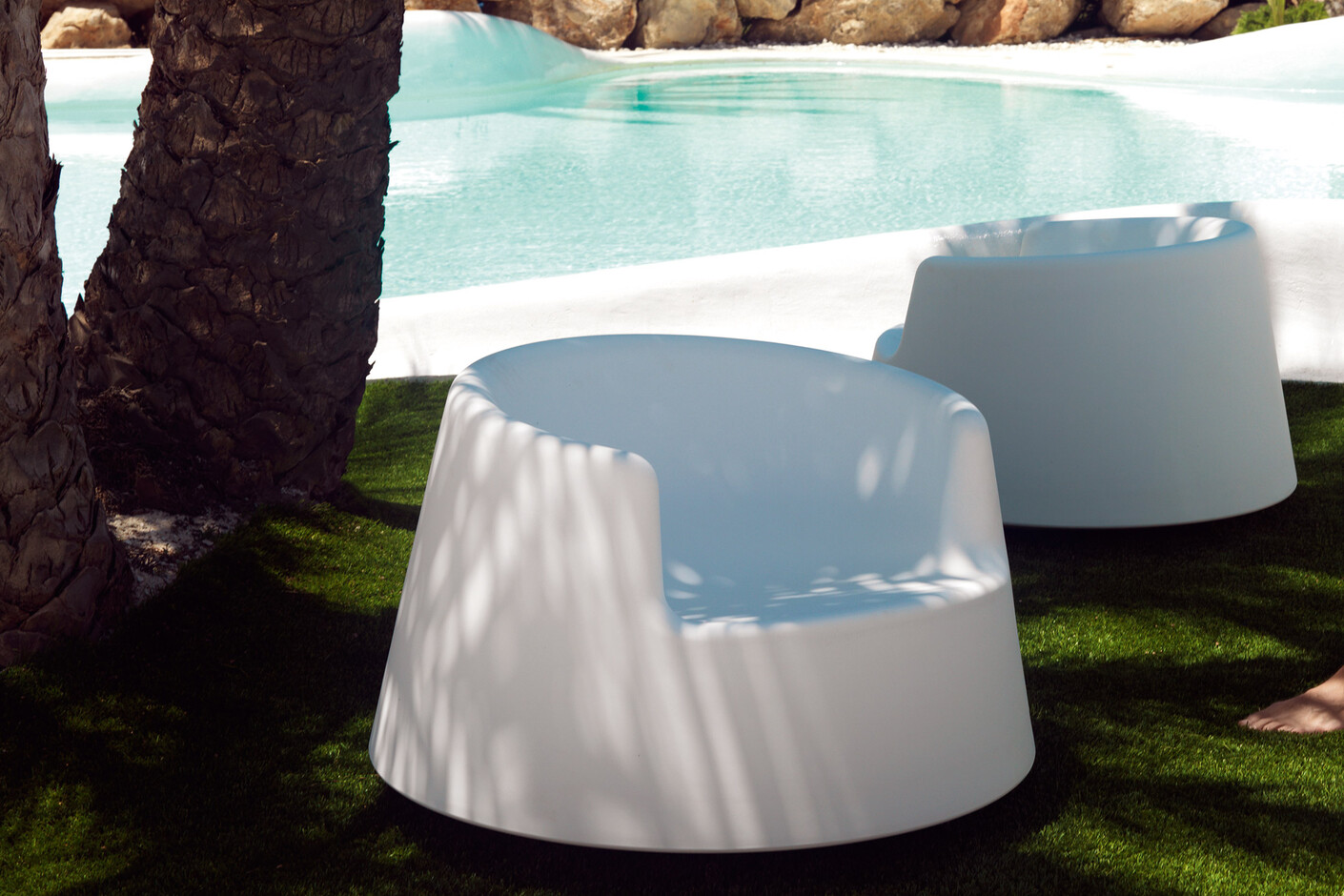 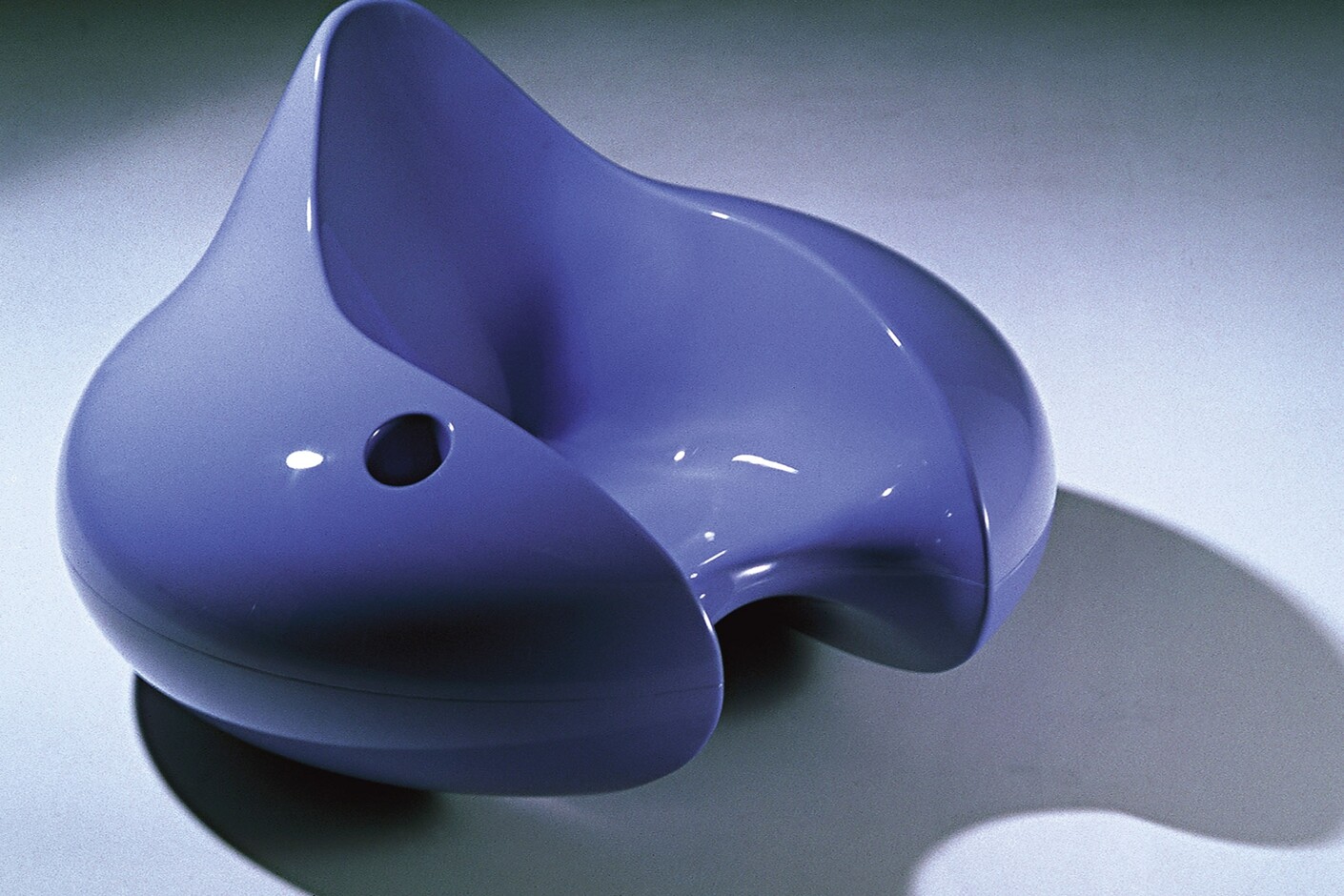 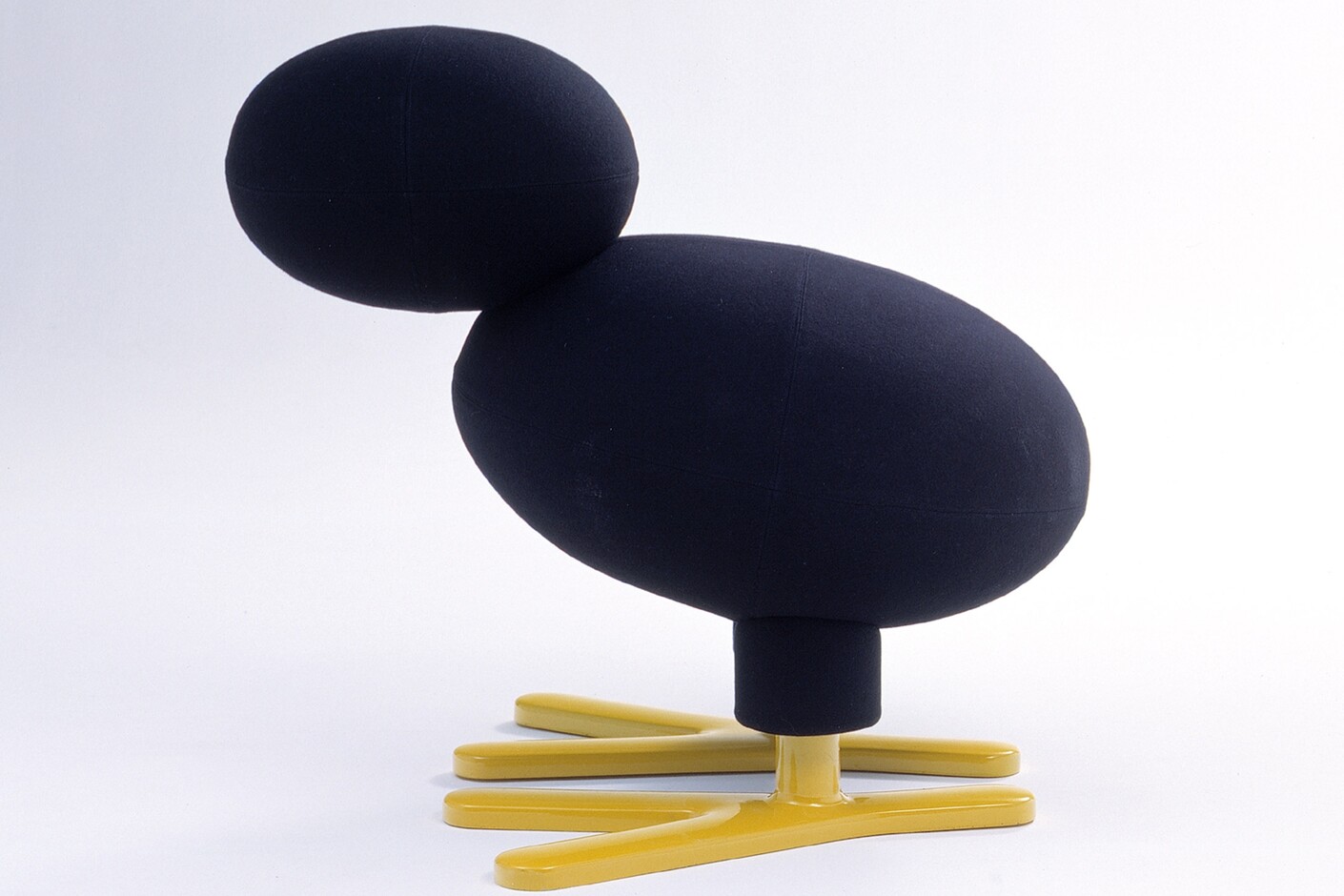 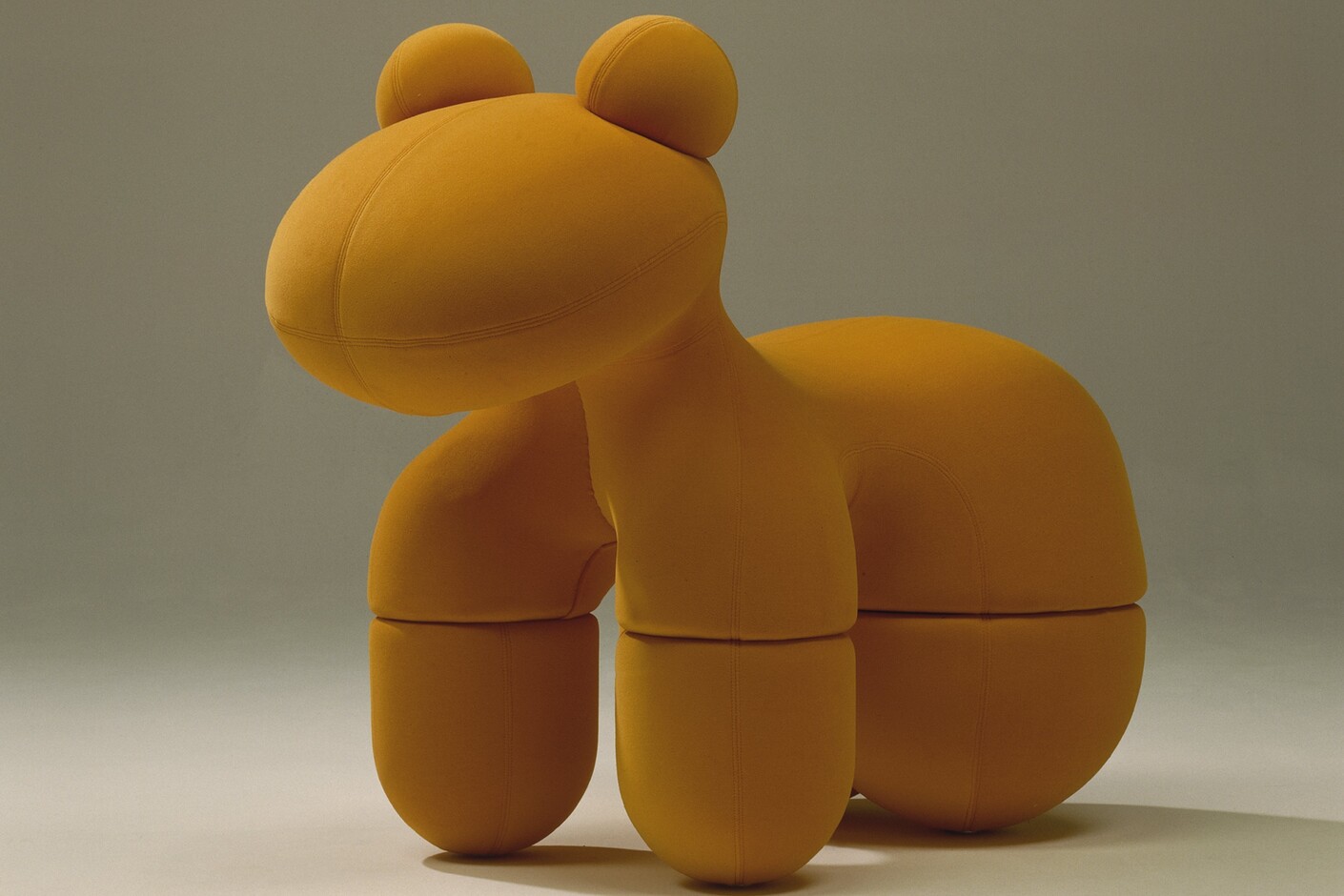 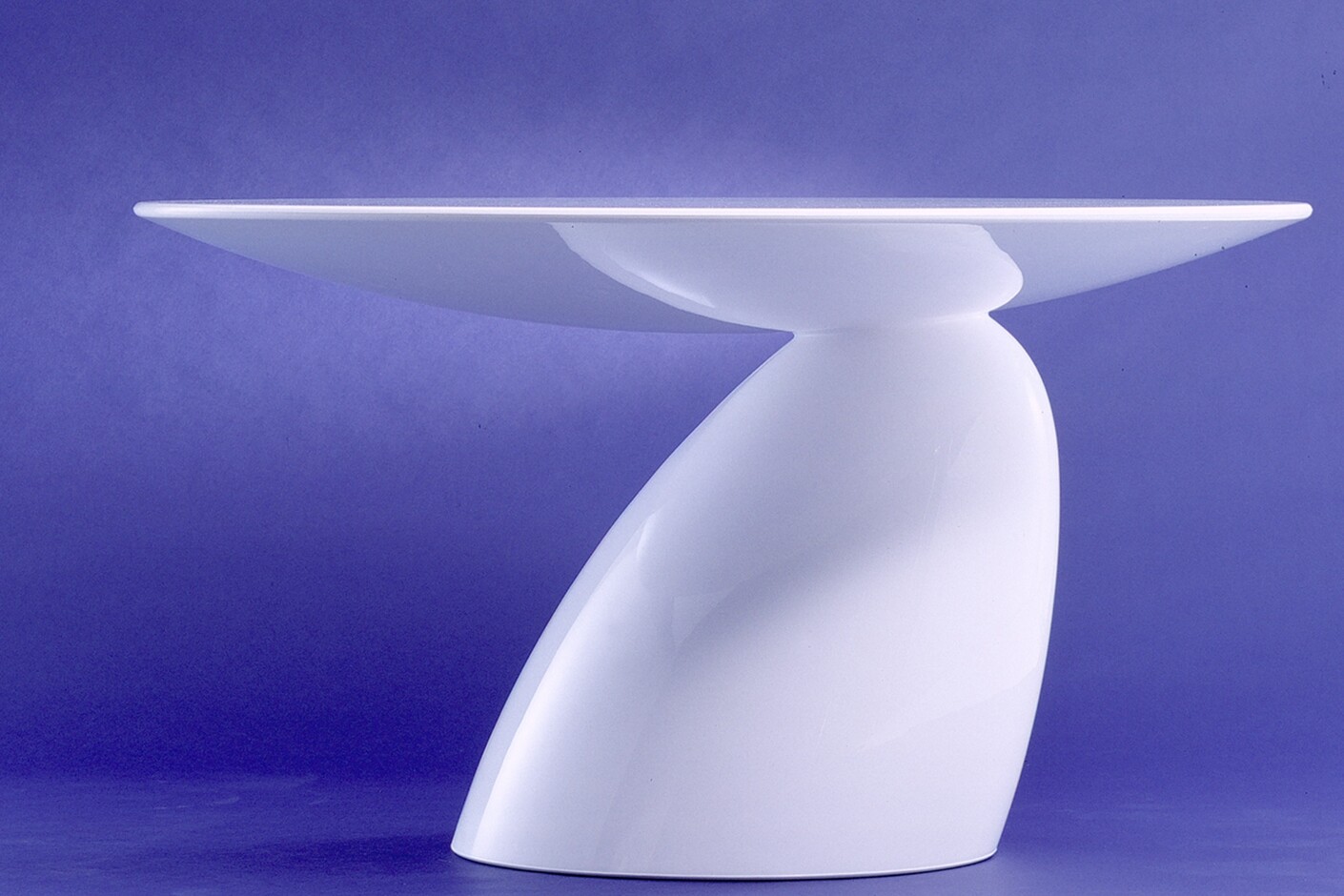 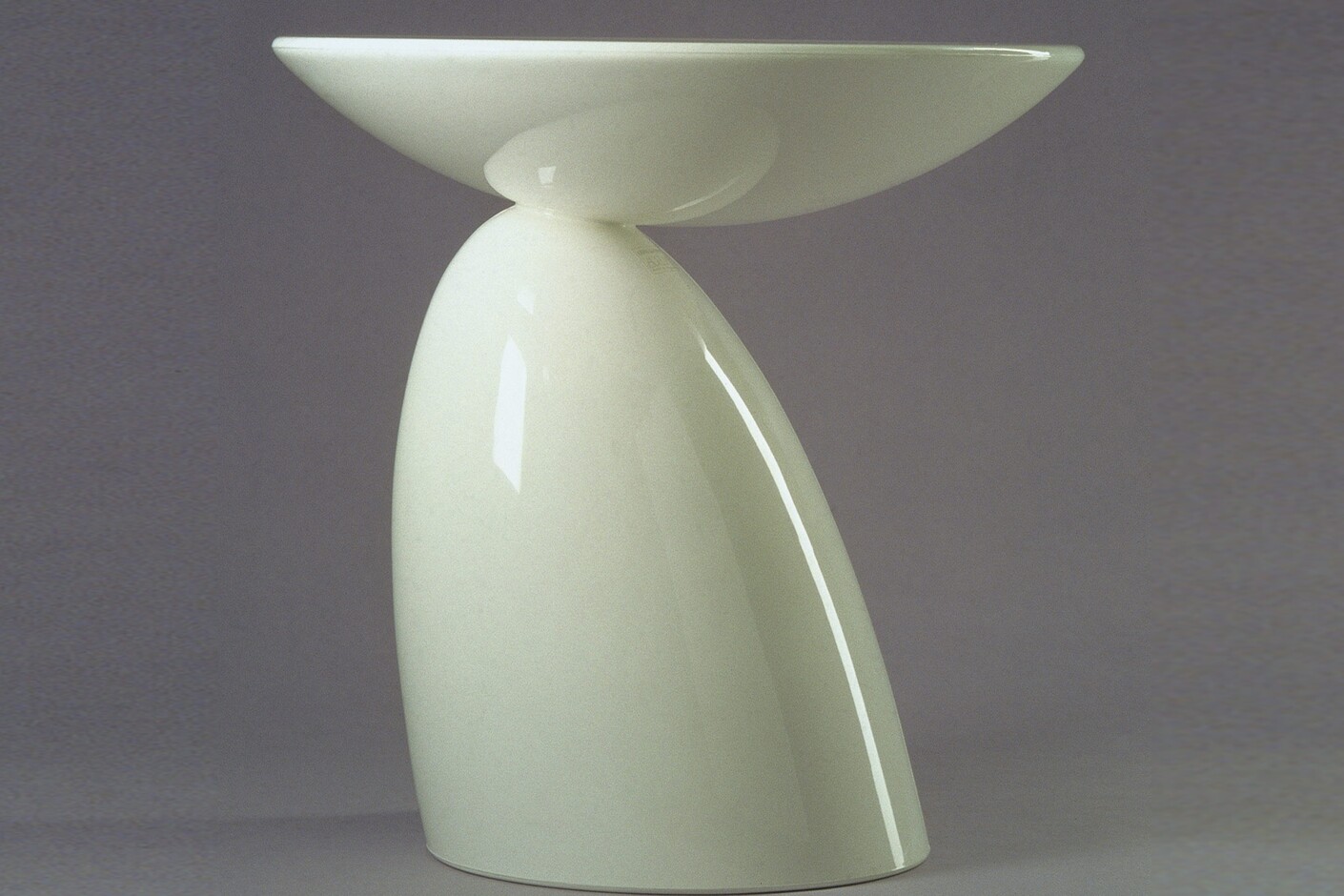 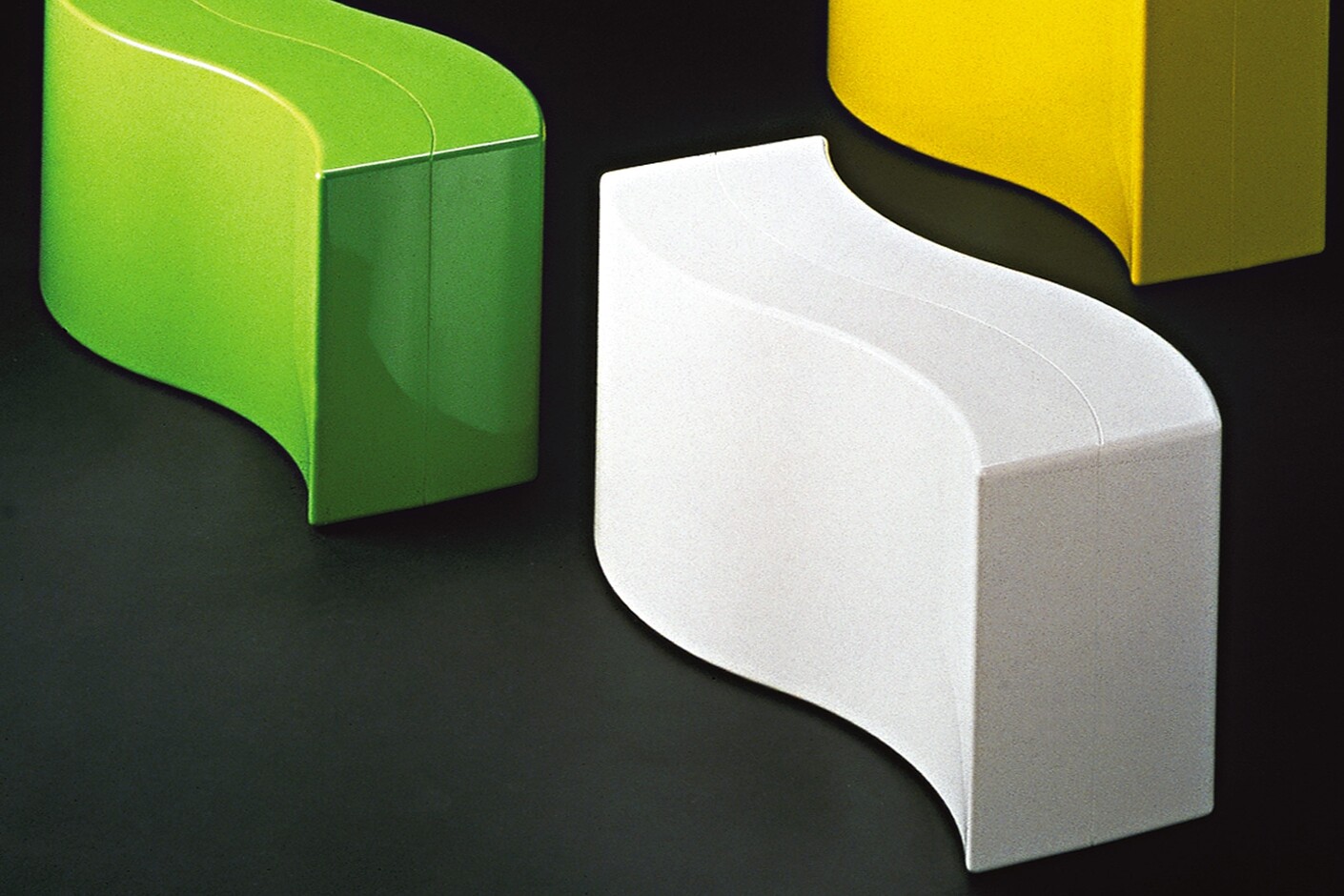 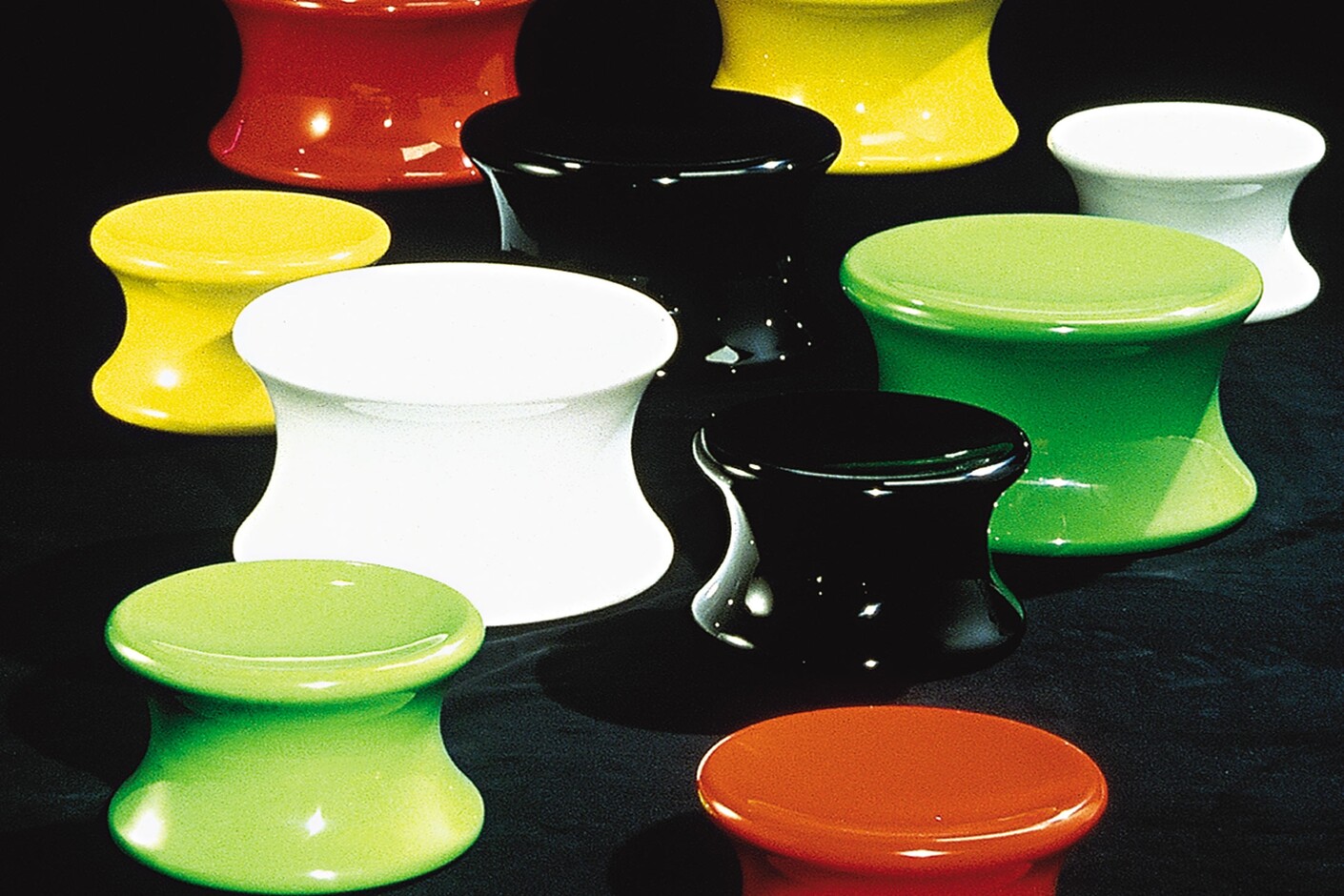 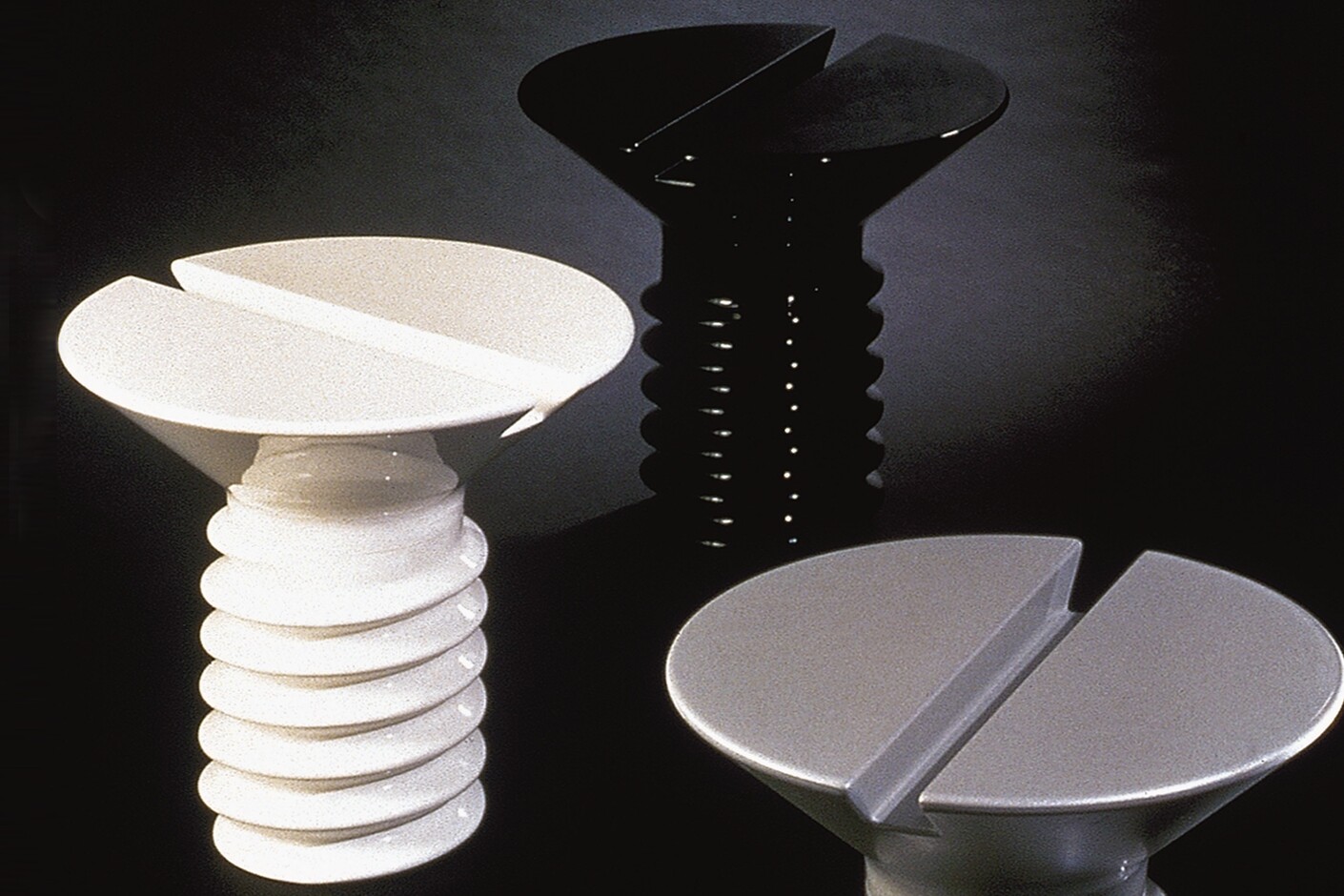 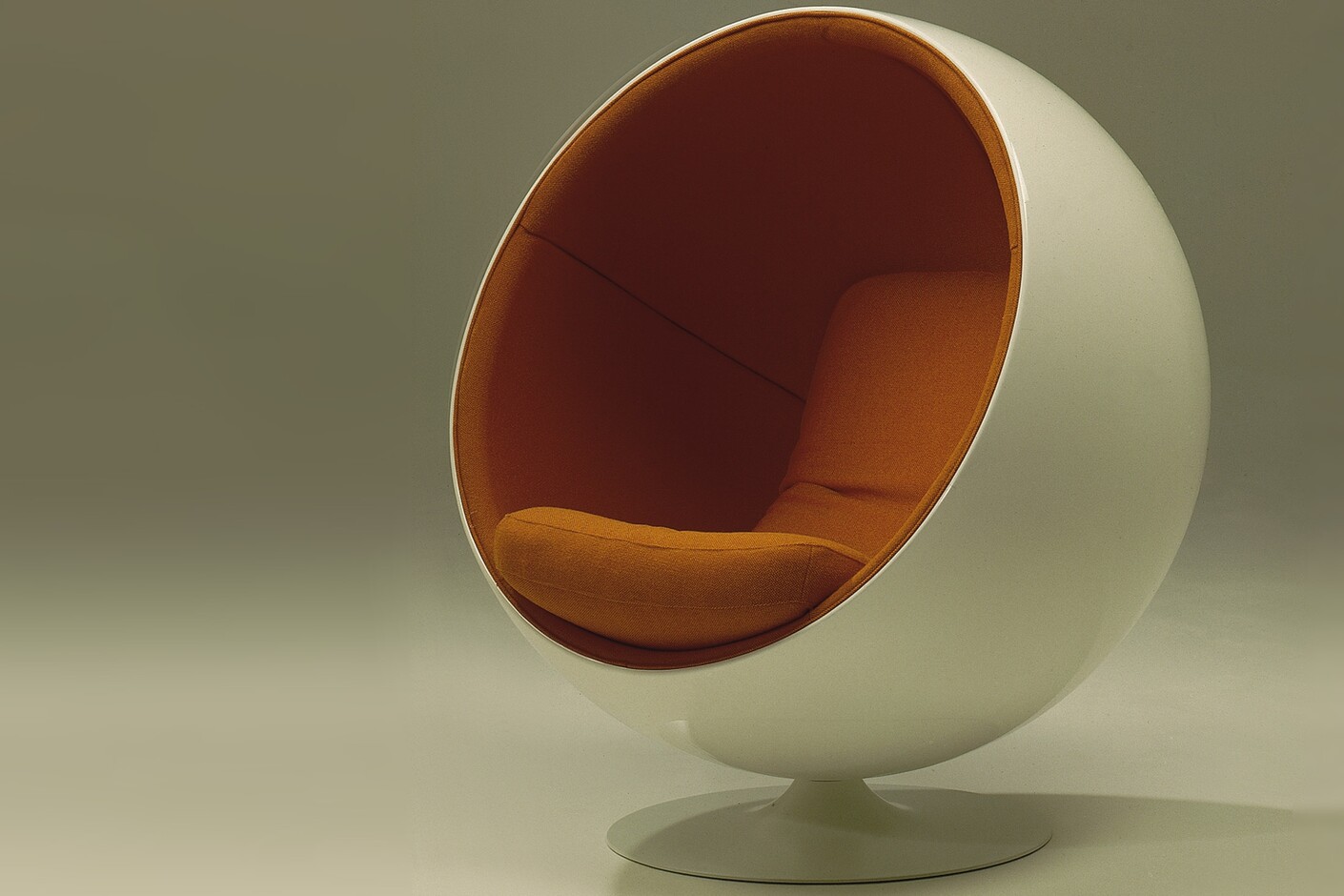 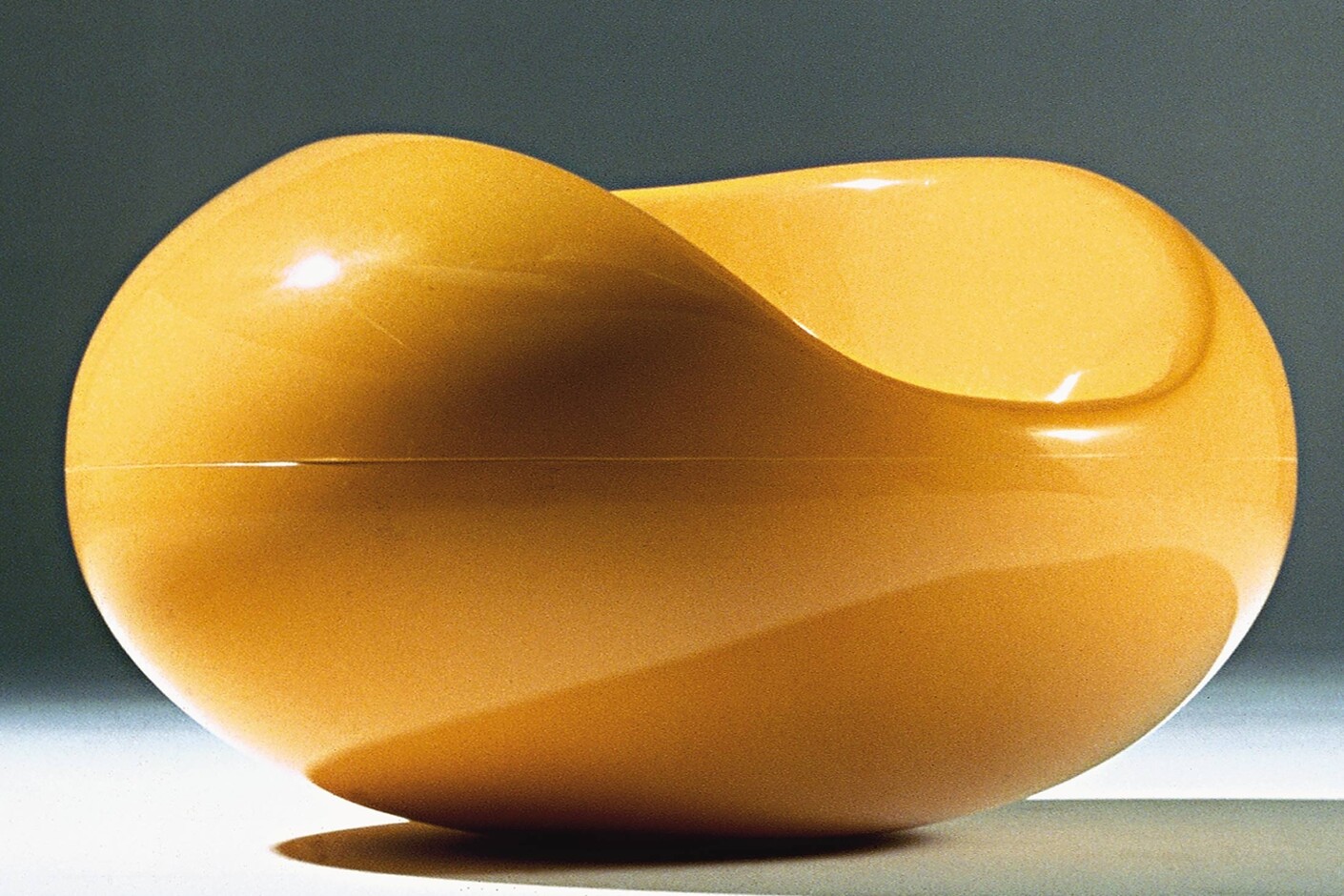 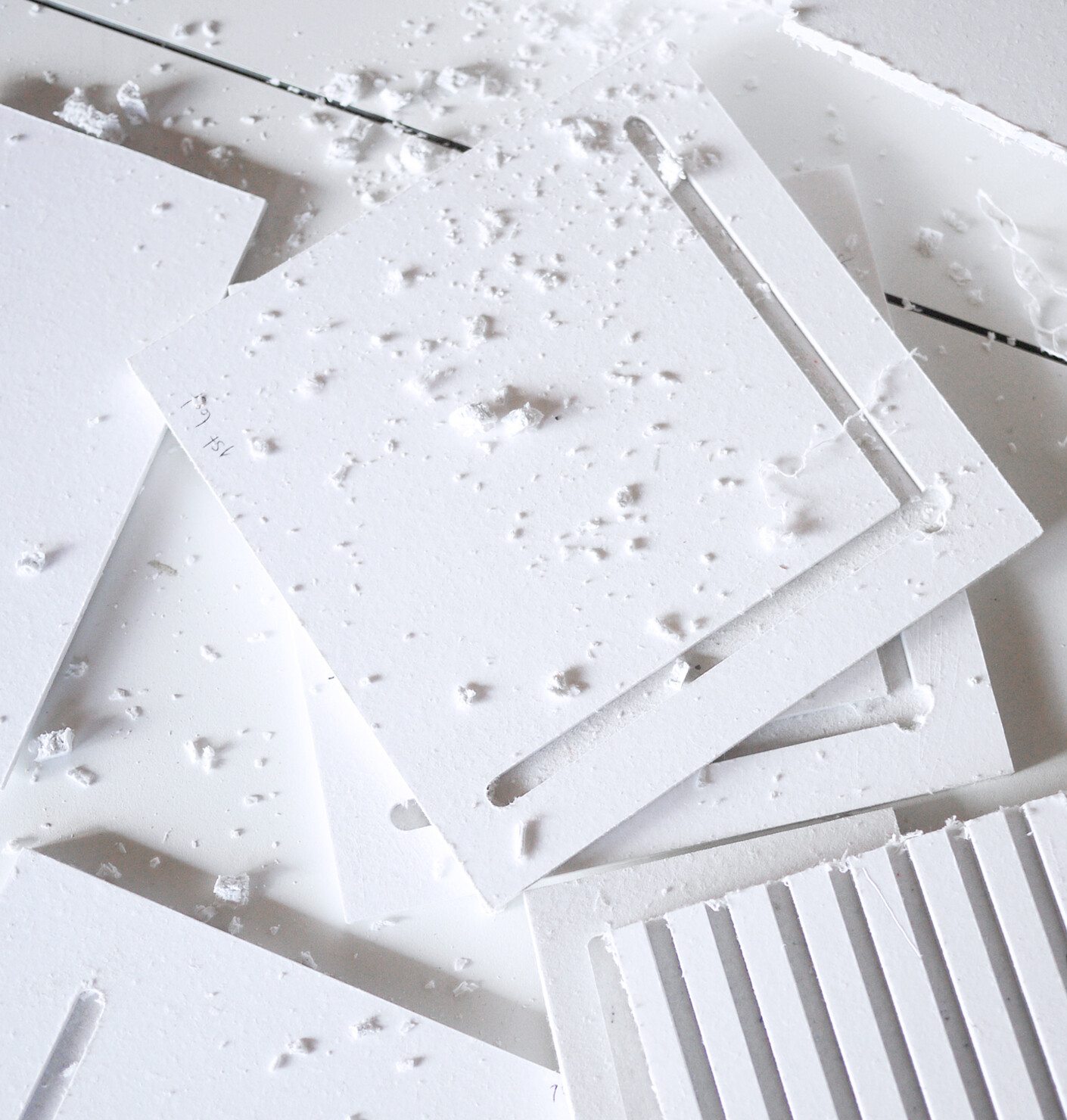 The whirlwind of new products blinds the eye to the true innovations. These are now taking place in the field of recycled materials. 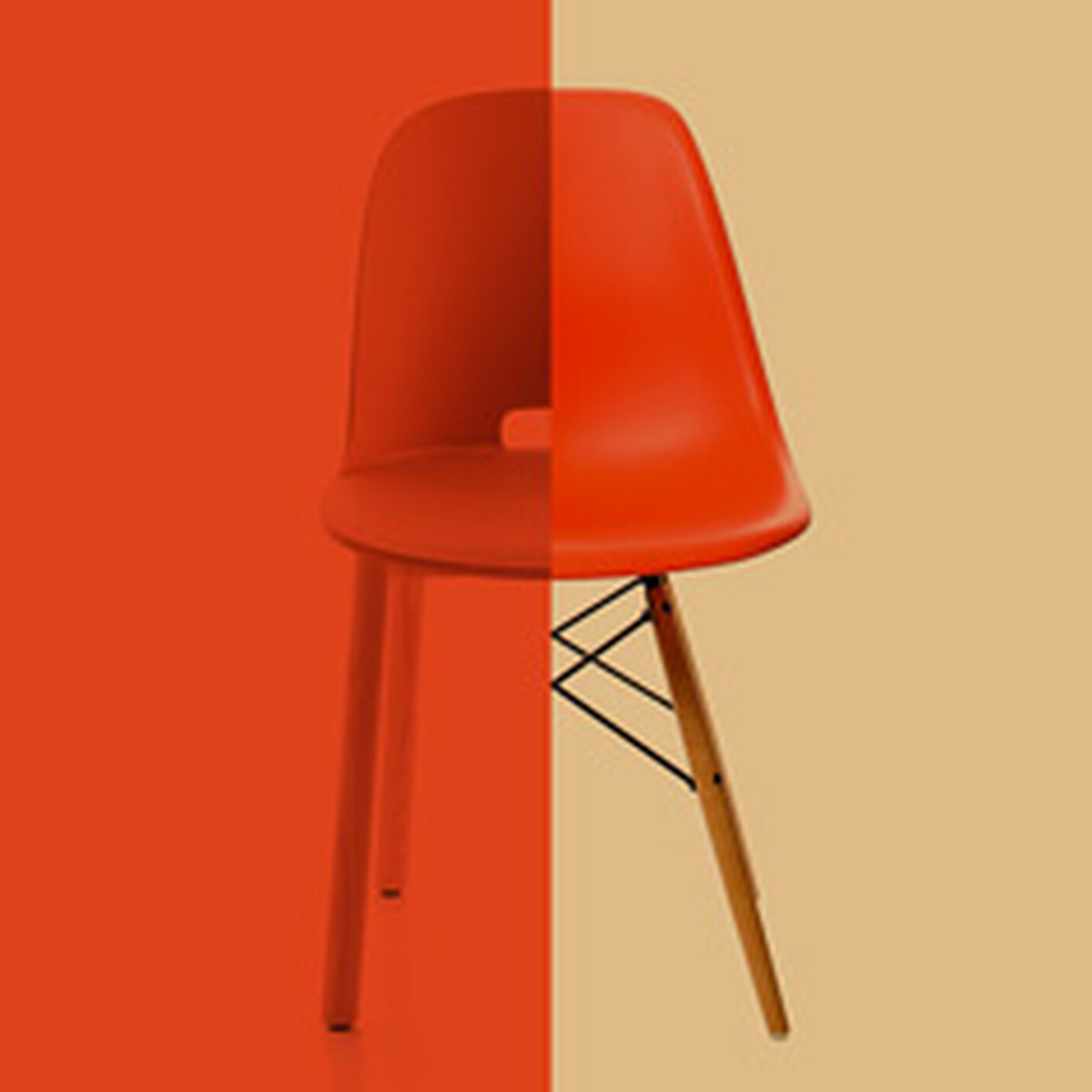 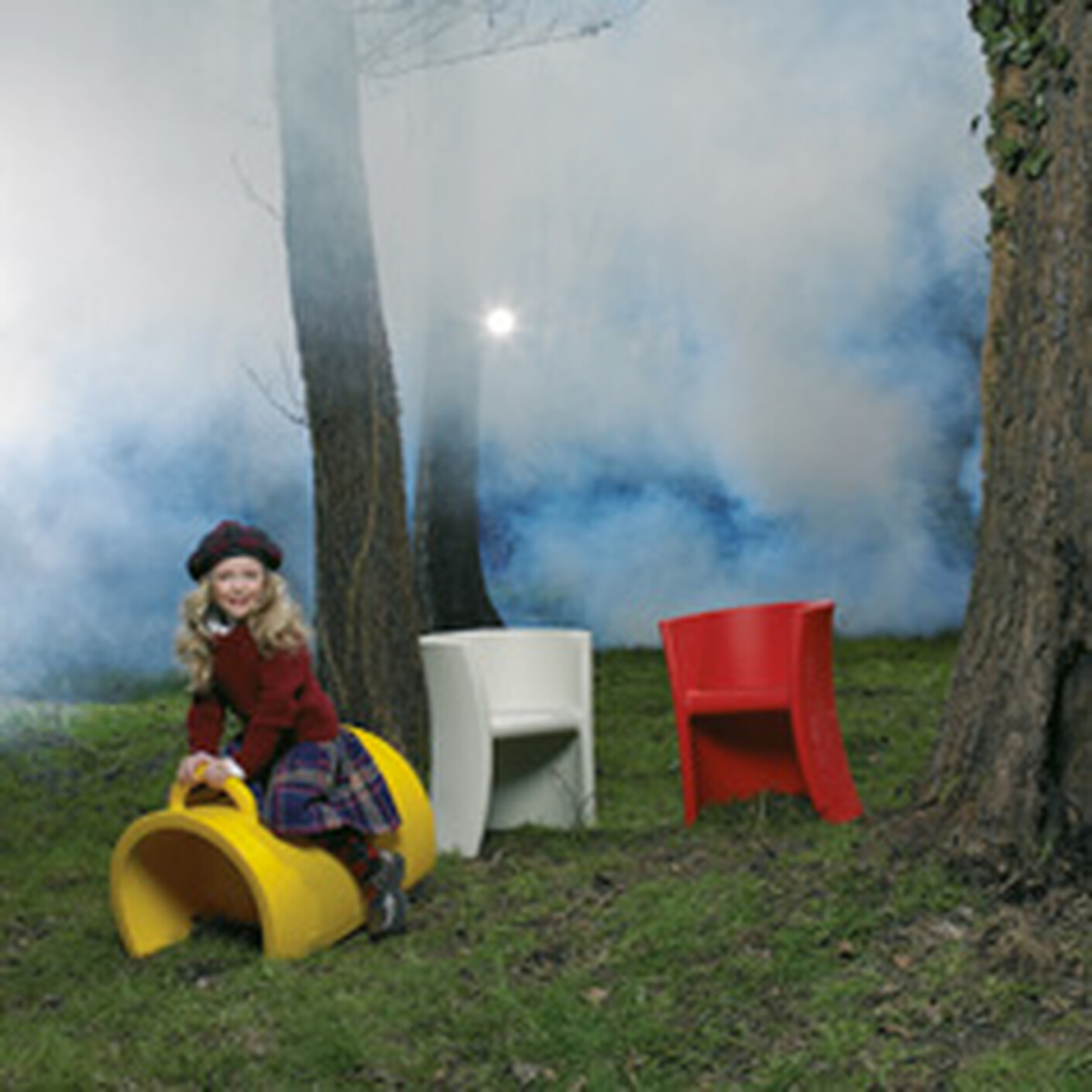 Outdoors or indoors, sitting or rocking

Finland’s designer star Eero Aarnio conjured up this neat kid’s chair in 2005 – an it also makes for a great seesaw.
Advertisement