In a holiday home in the Alps the light wooden floorboards by pur natur underscore the overall feeling of spaciousness.
Text by Fabian Peters, Photos by Patricia Parinejad | 2/13/2020

The greatest luxury about the holiday home in the French Alps near Evian is the spectacular view out over Lake Geneva that its occupants can enjoy from the terrace or through the large living/dining room windows. The building was once home to cows, because essentially it is a former mountain farmstead whose living section and barns were united under a single roof.

The previous owners had already converted those sections of the building put to agricultural use into living space and in doing so had transformed the small farmstead into a somewhat kitschy chalet – a style that did not remotely meet the taste of the current owners. Moreover, during this first conversion the transition between old and new sections had not been satisfactorily accomplished. So, the new owners decided to radically redesign the building again. They largely gutted the house, installed a new staircase and enlarged the windows to let more light into the rooms. They also removed the pseudo-Alpine wooden cladding and baluster supports inside the house that had been fitted during the first conversion. The new owners opted instead to create a large combined living and dining space with an open-plan kitchen and gallery level. There is a light and spacious feel to the whole house. Many floor-to-ceiling windows bring the lake and Alpine panorama into the rooms.

Floorboards by pur natur make a key contribution to this new spatial impression. They replace the terracotta tiles that did not really suit the character of the house. The new house owners wanted open-pored wood for the floor and a treatment that would clearly emphasize the naturalness of the material. In addition, by using room-length boards they planned to reinforce the spacious and flowing character of the interior. The new wooden floor by pur natur consists of solid Douglas fir floorboards. They were made of 100-year old trees, felled in Germany and subsequently carefully and gently dried. Through its treatment with white lye the wood becomes lighter and more even. Consequently, the floor recedes into the background somewhat so that there is an even stronger focus on the spectacular scenery in front of the windows. Despite this it retains its charming character, which lends the house a warm look and a cozy atmosphere. 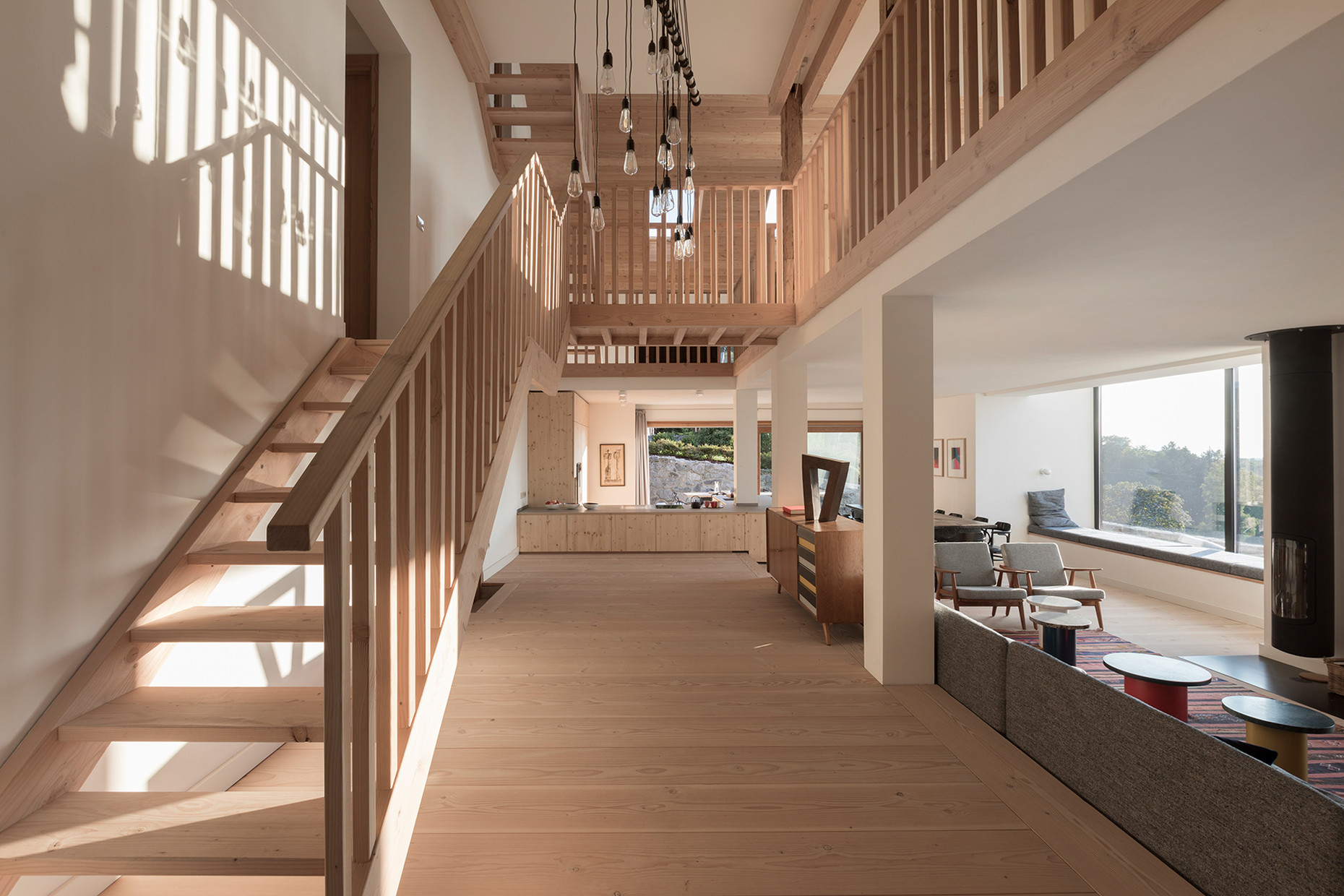 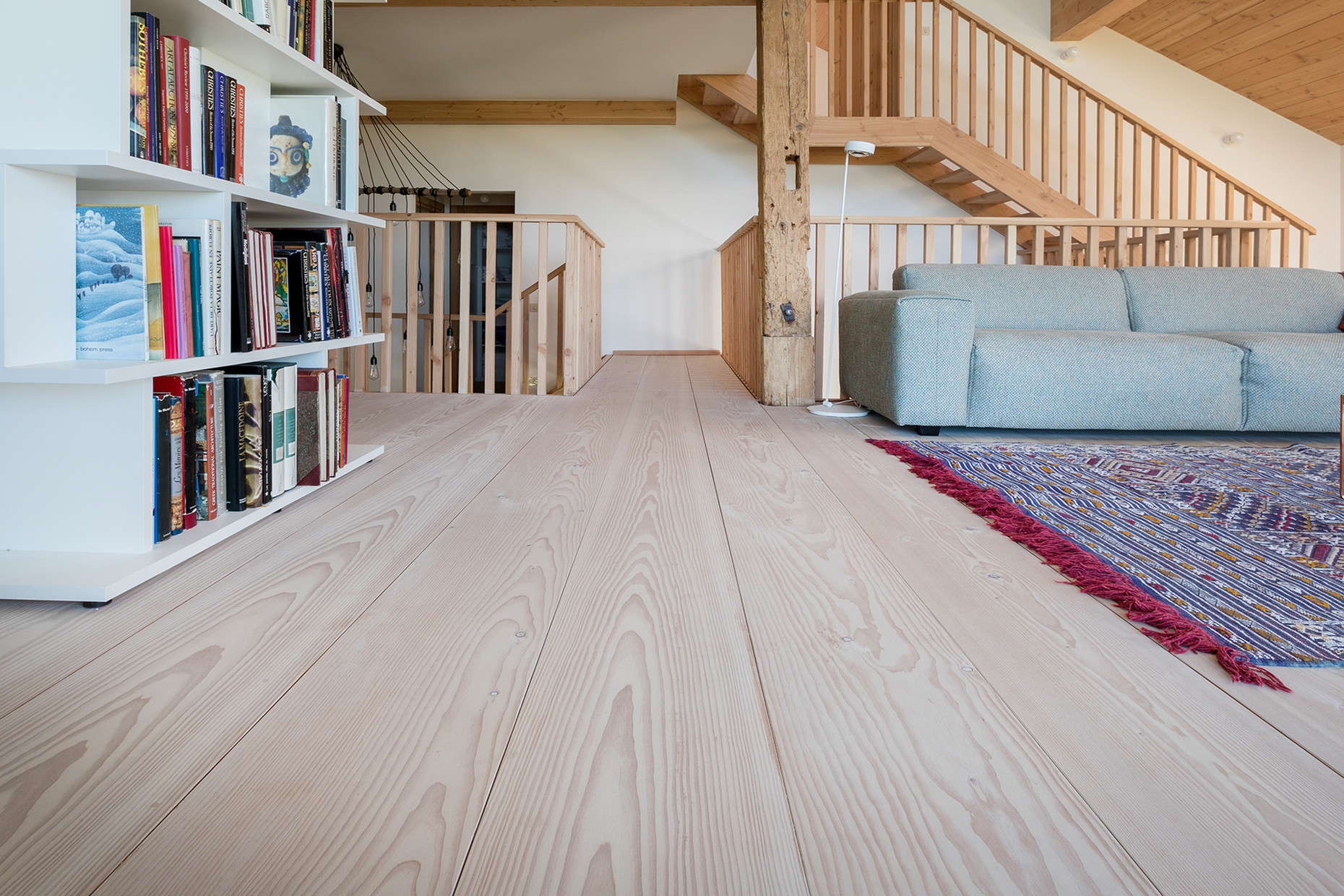 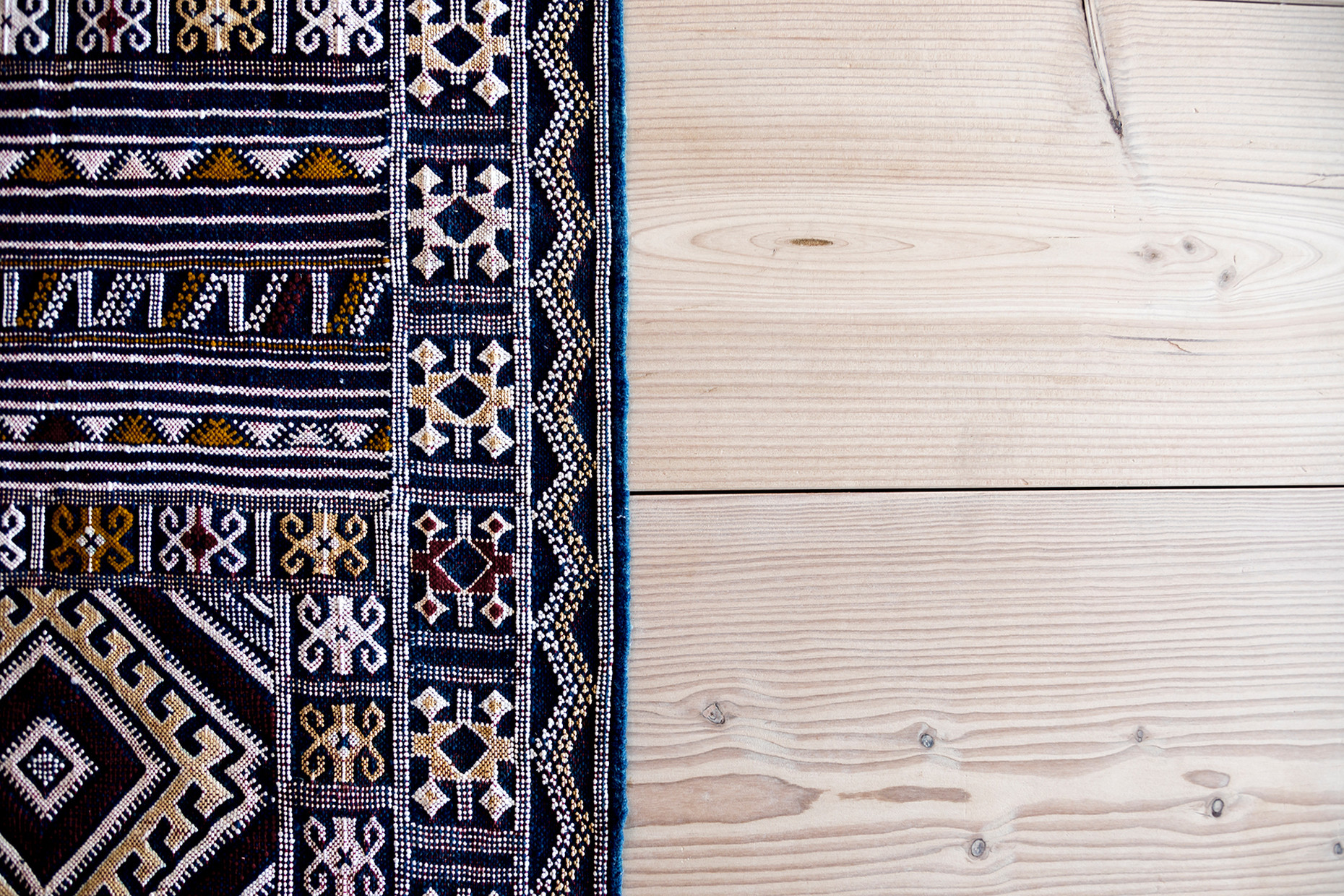 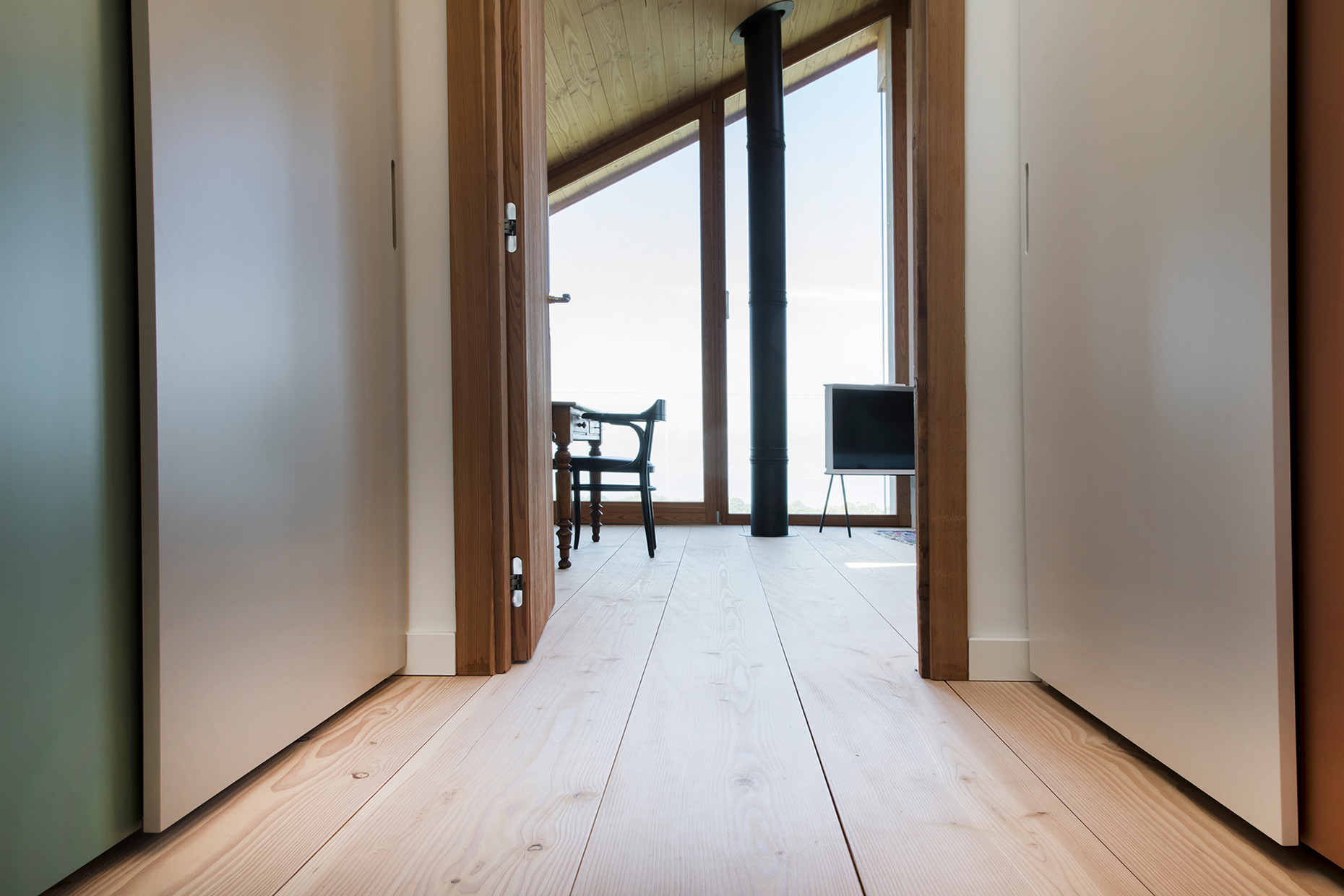 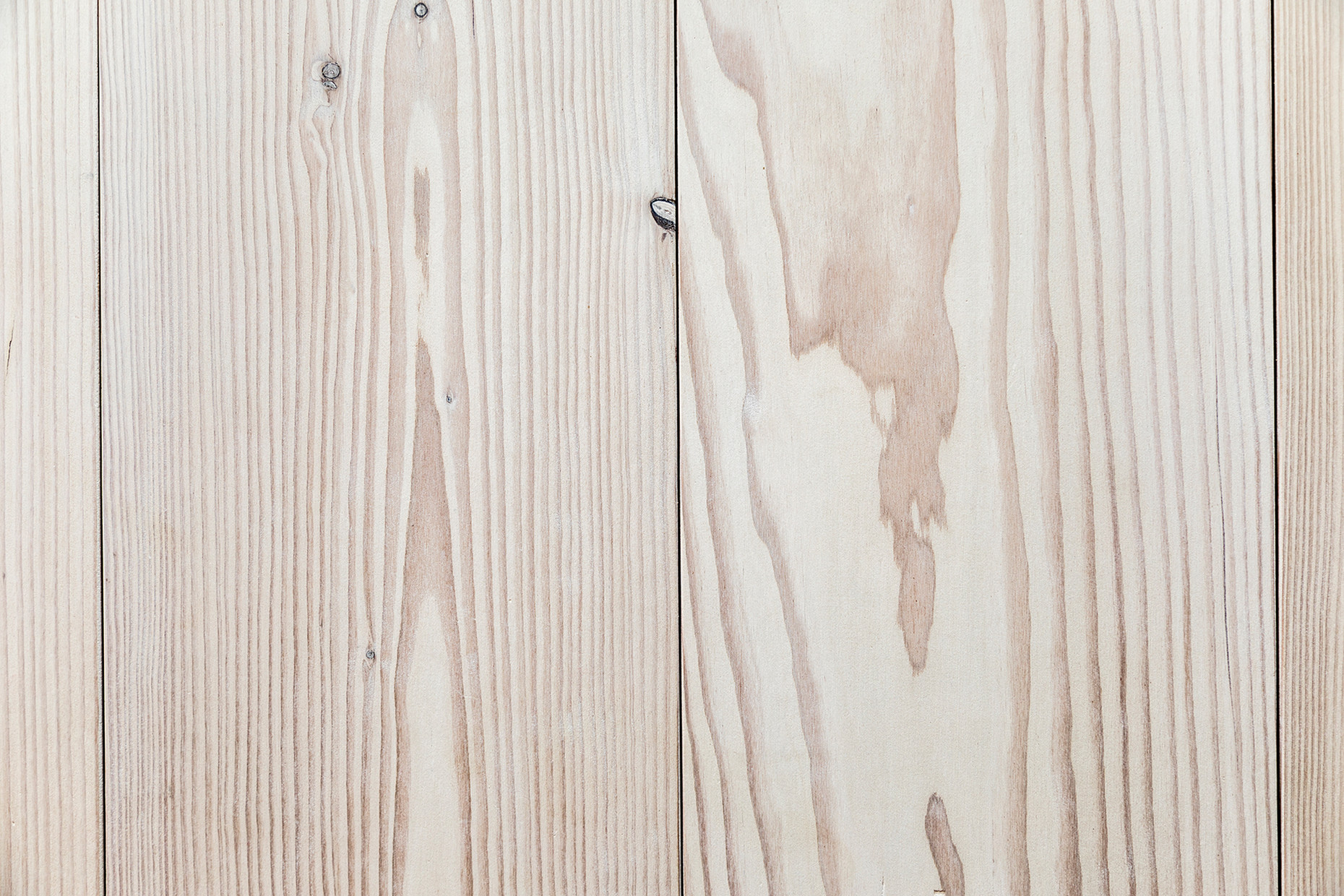 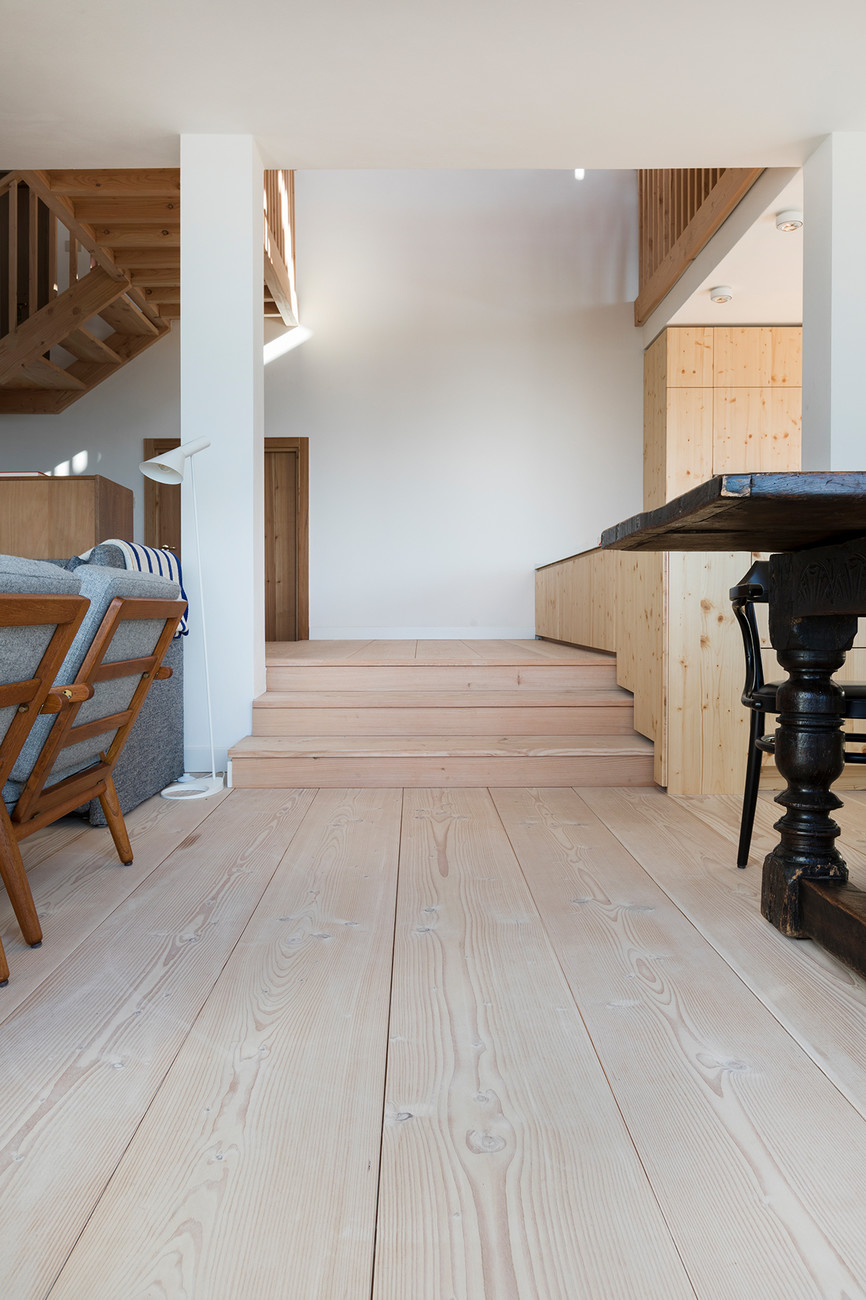 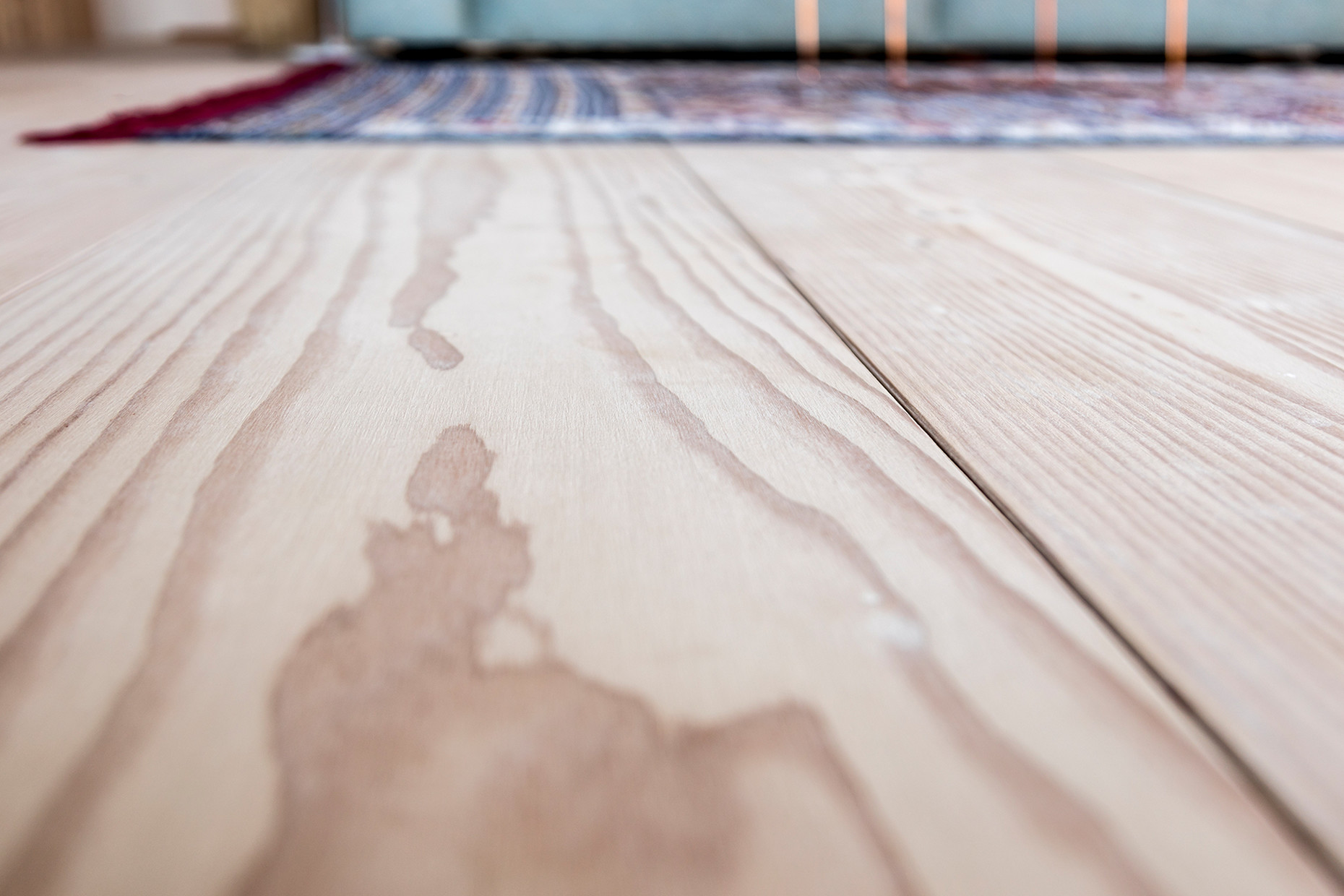 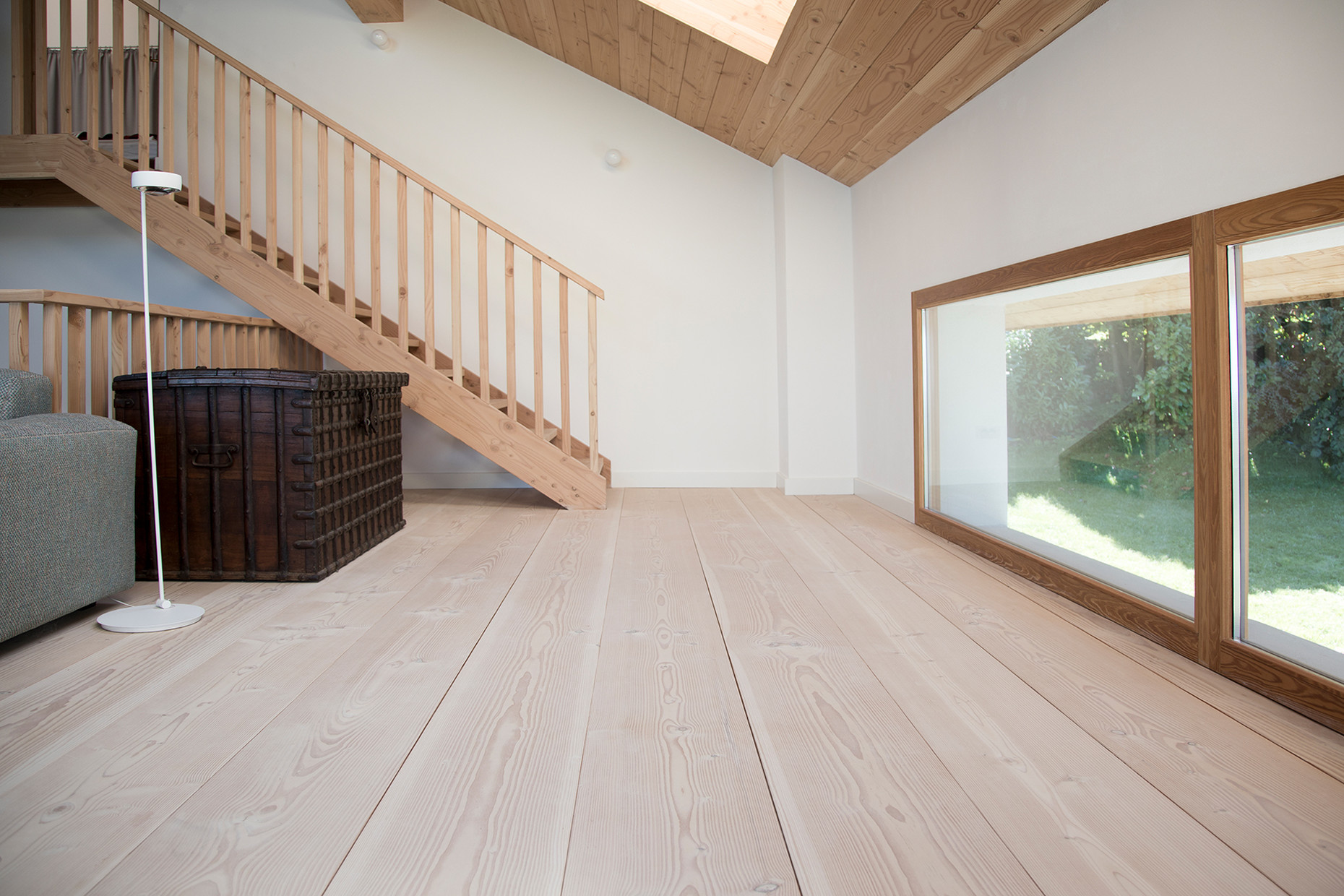 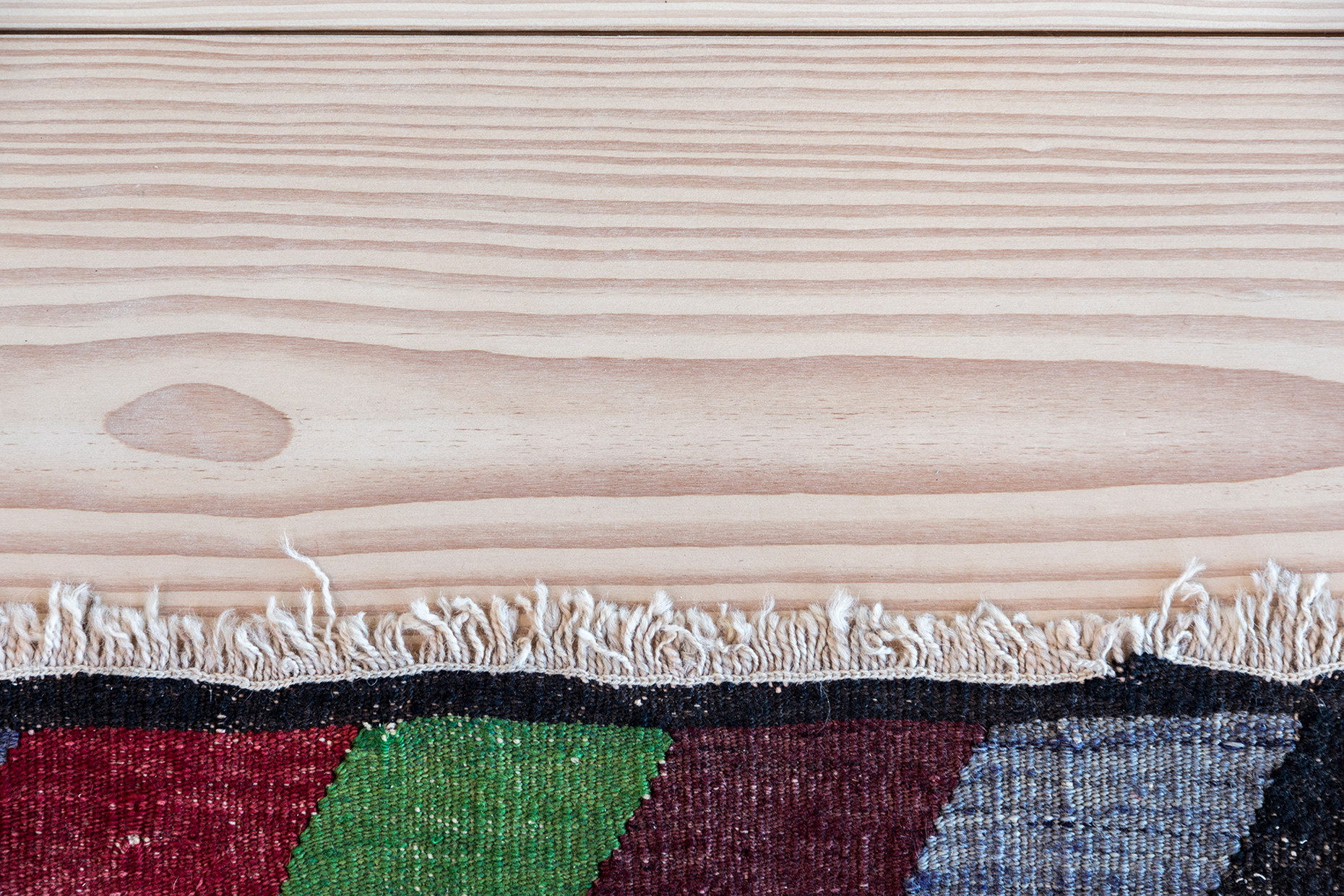 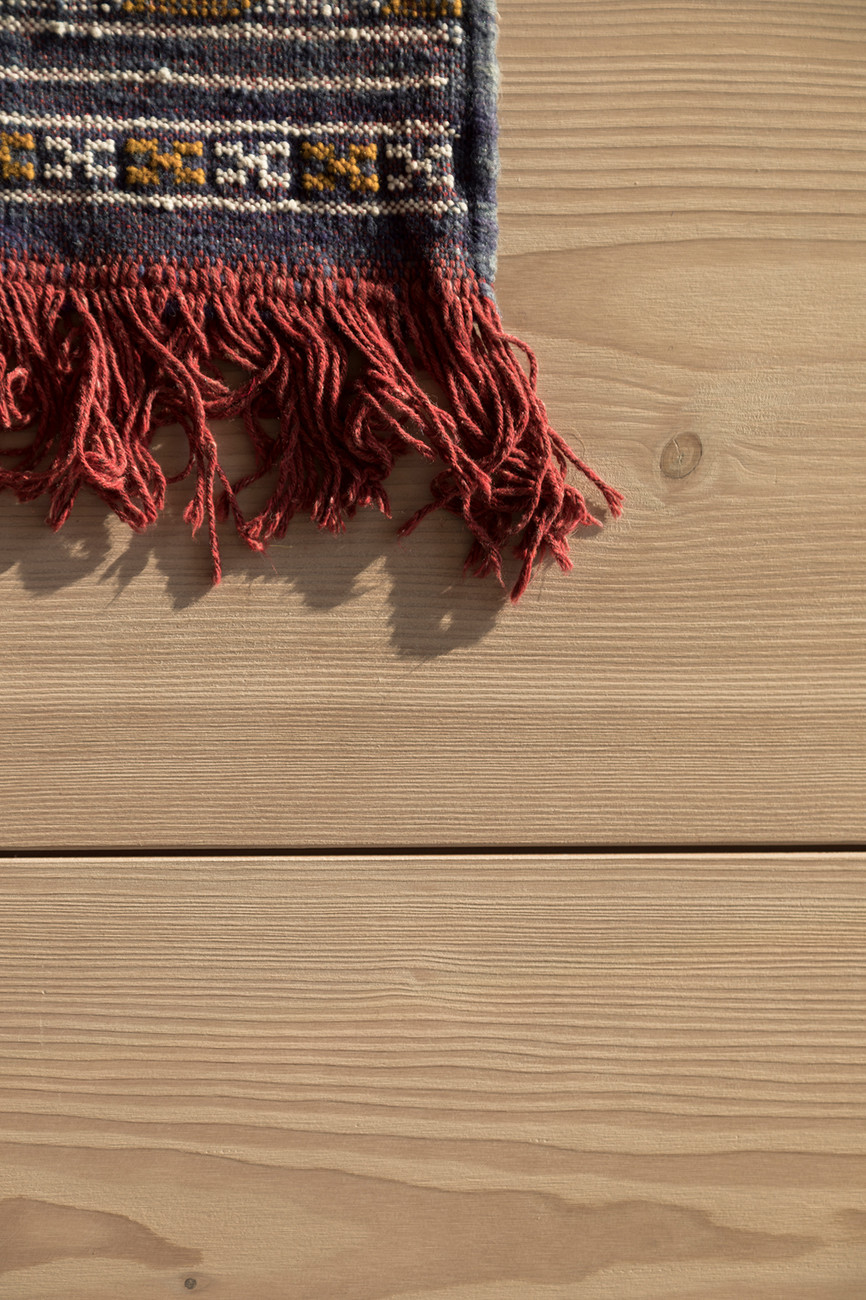 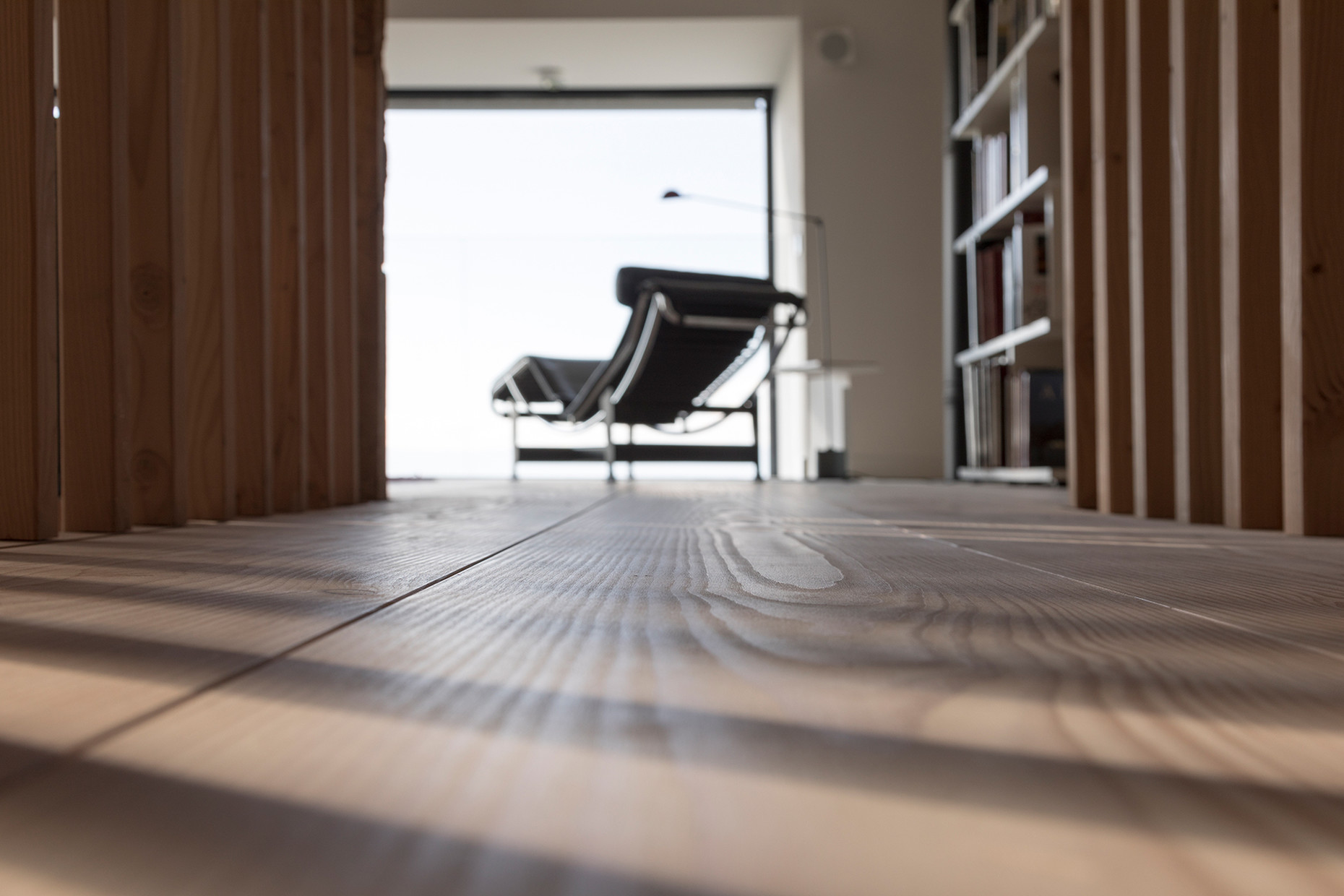 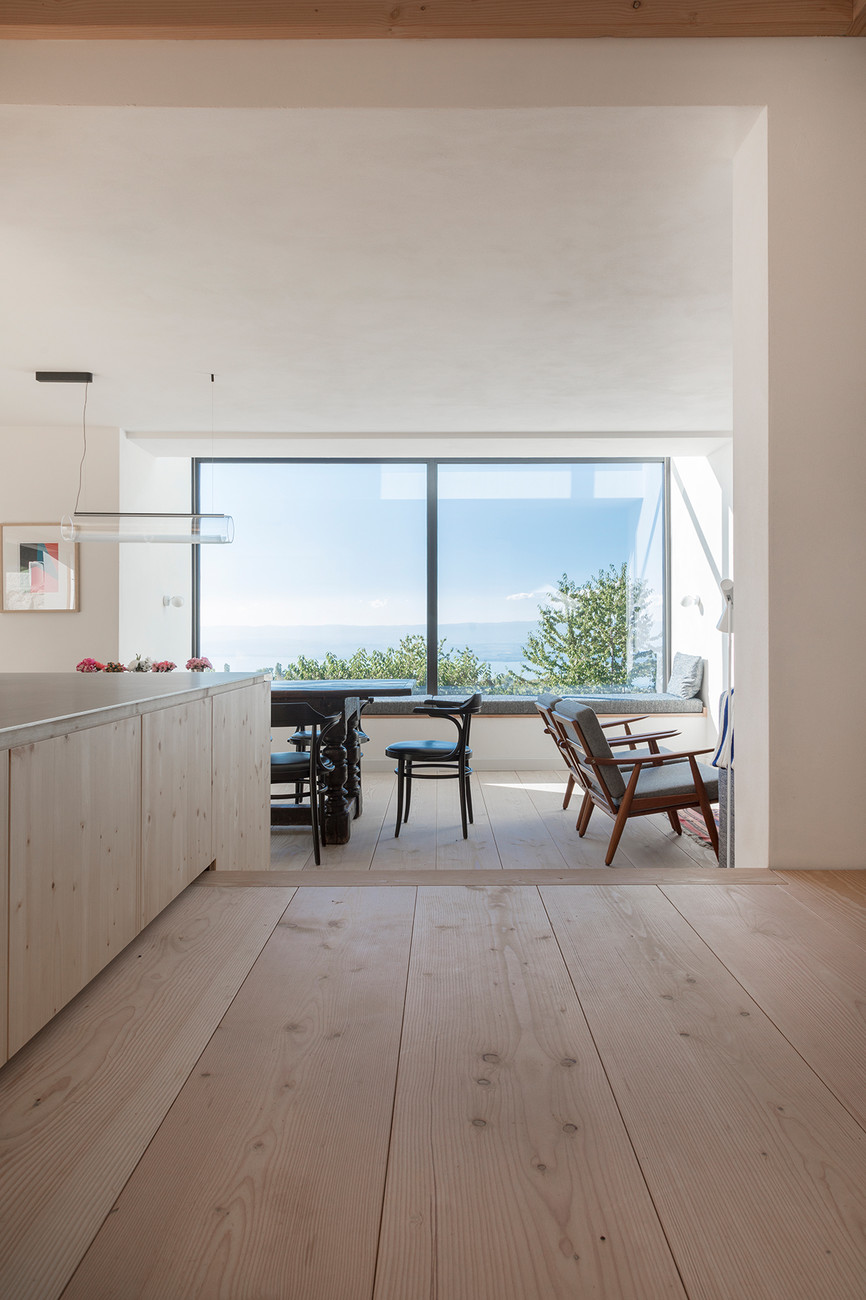 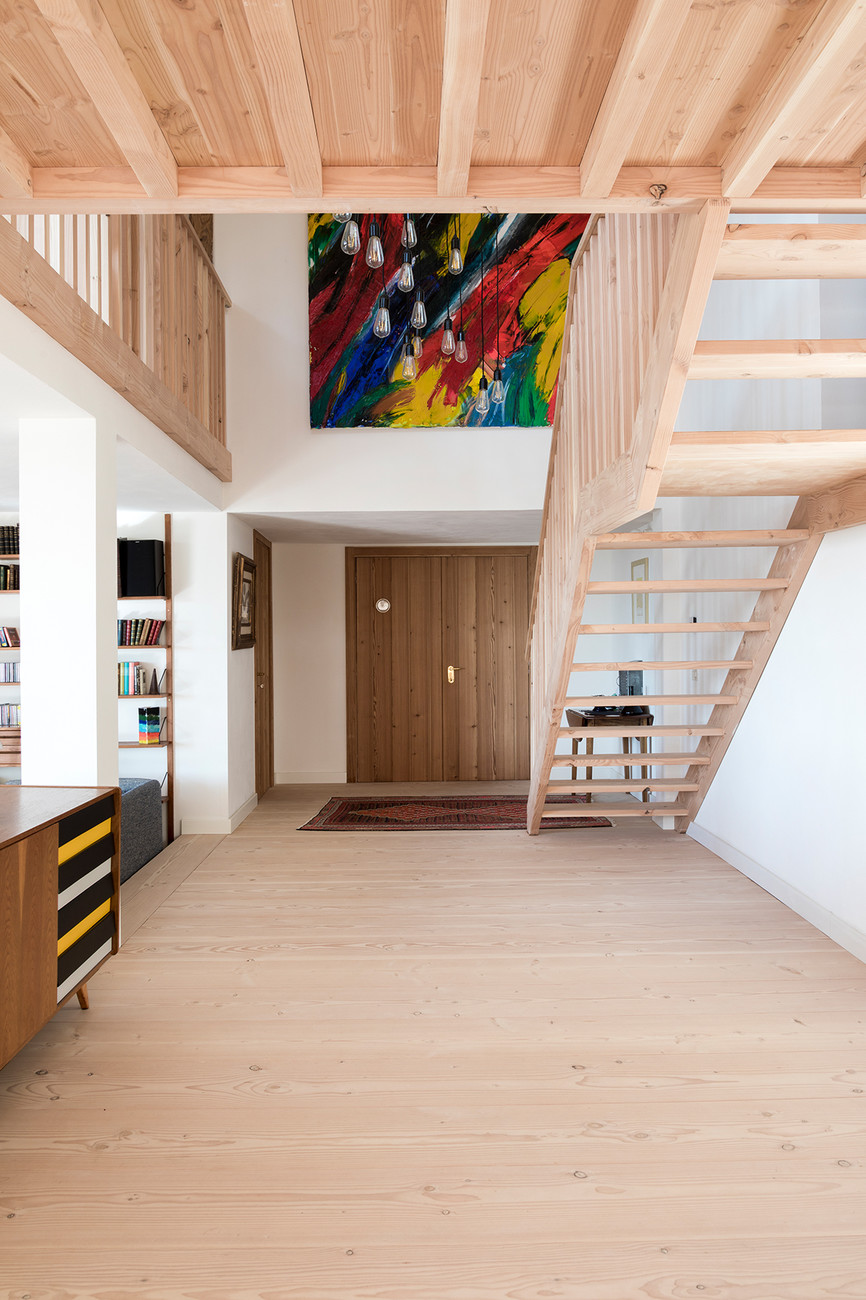 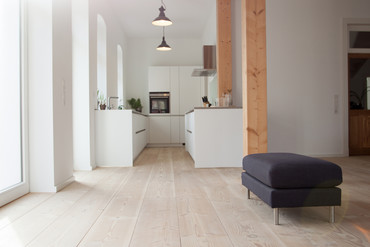 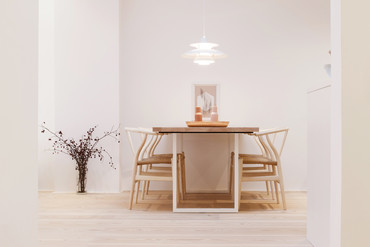 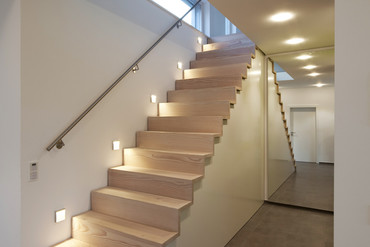 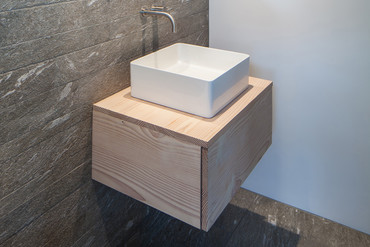 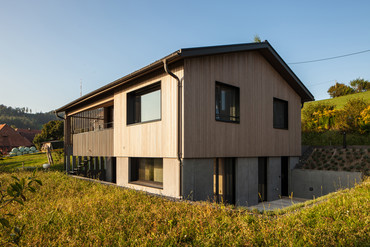 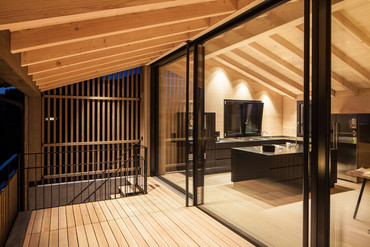 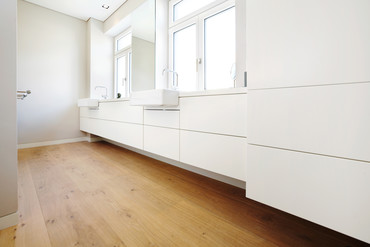 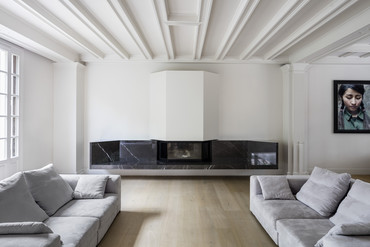 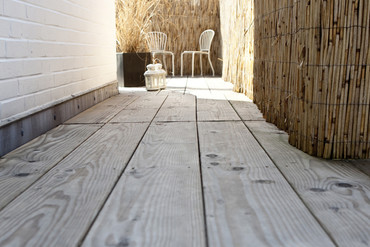 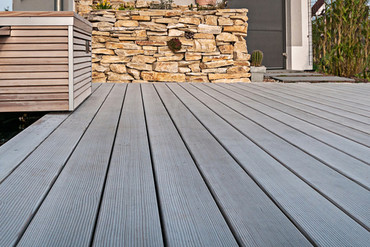