Product designer Dieter Rams enduringly shaped modern industrial design with timeless creations for Braun and Vitsoe – but has not exactly been known for his ladies’ handbags to date. Yet in the early 1960s, Rams was inspired by a cooperation with the leatherworking firms in Offenbach am Main to create a leather bag for his wife Ingeborg. With its geometric formal language, the bag was realized as a one-off; there were no plans for series production. Not until the foundation established by Dieter and Ingeborg Rams suggested a collaboration with Tsatsas, having taken notice of the label’s re-edition of the “Kramer” handbag, which architect Ferdinand Kramer once gave to his wife Lore. “The original design by Dieter Rams fitted very well with our product line,” says Esther Tsatsas. Reduced and functional as well as aesthetic, the hand-made re-edition “931” is quite clearly a product of the style-defining designer’s work. Dimitros and Esther Tsatsas carefully adjusted the design to today’s requirements. “The task lay in optimizing the product by adding contemporary details without changing Dieter Rams’ formal language,” Esther Tsatsas relates.

While appearing rigorous and compact from the outside, the cowhide bag “931” offers an exceptionally spacious interior: Two large pockets open up to the user after the magnetic clasp is opened, while a slender additional pocket with a snap fastener in the center and a flush side pocket with a zipper provide space for bits and bobs. The lipstick holder and a flat pocket with a hand mirror further reference the items stowed in the original product. Meanwhile, a classic blue interior, the embossing and the production number are typical characteristics of all of the bag label’s products. According to Tsatsas, the detachable shoulder strap was a functional extra that also delighted the original recipient. Protective studs at the bottom of the bag were eschewed, in keeping with Dieter Rams’ wish: He thought they would change the clear geometry of the bag too much. “The collaboration was very straightforward and a great honor for us,” says Esther Tsatsas in summary. 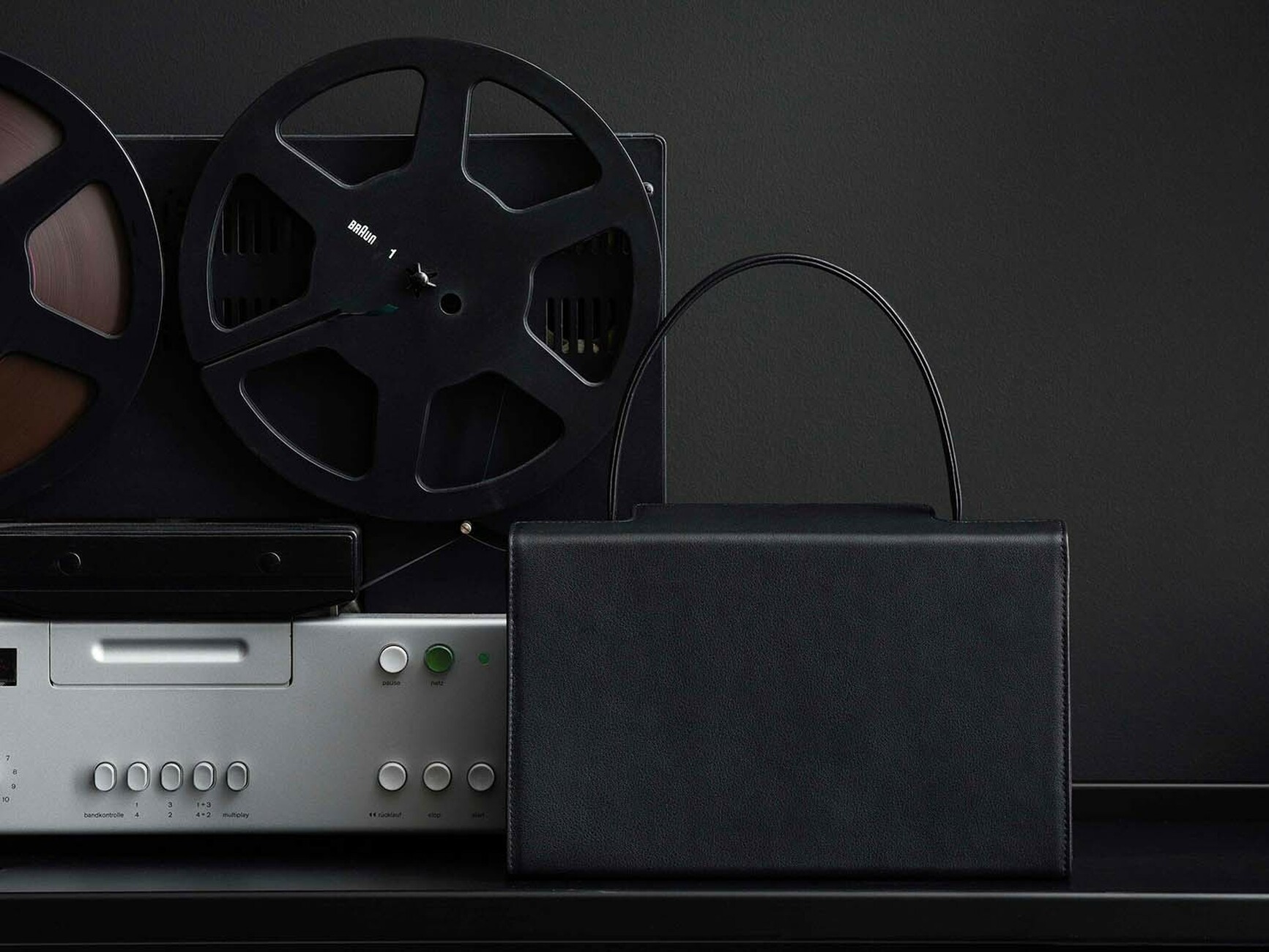 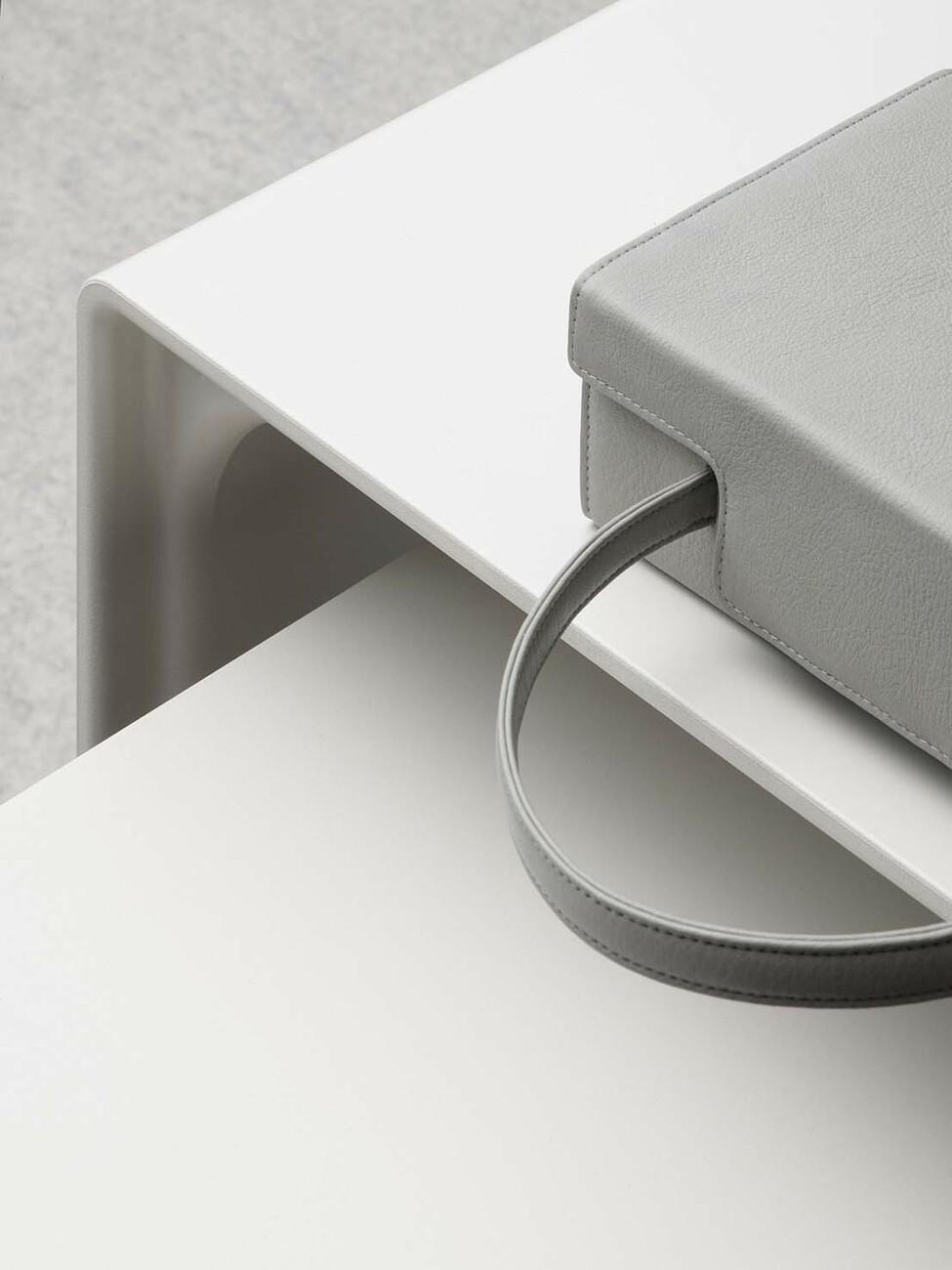 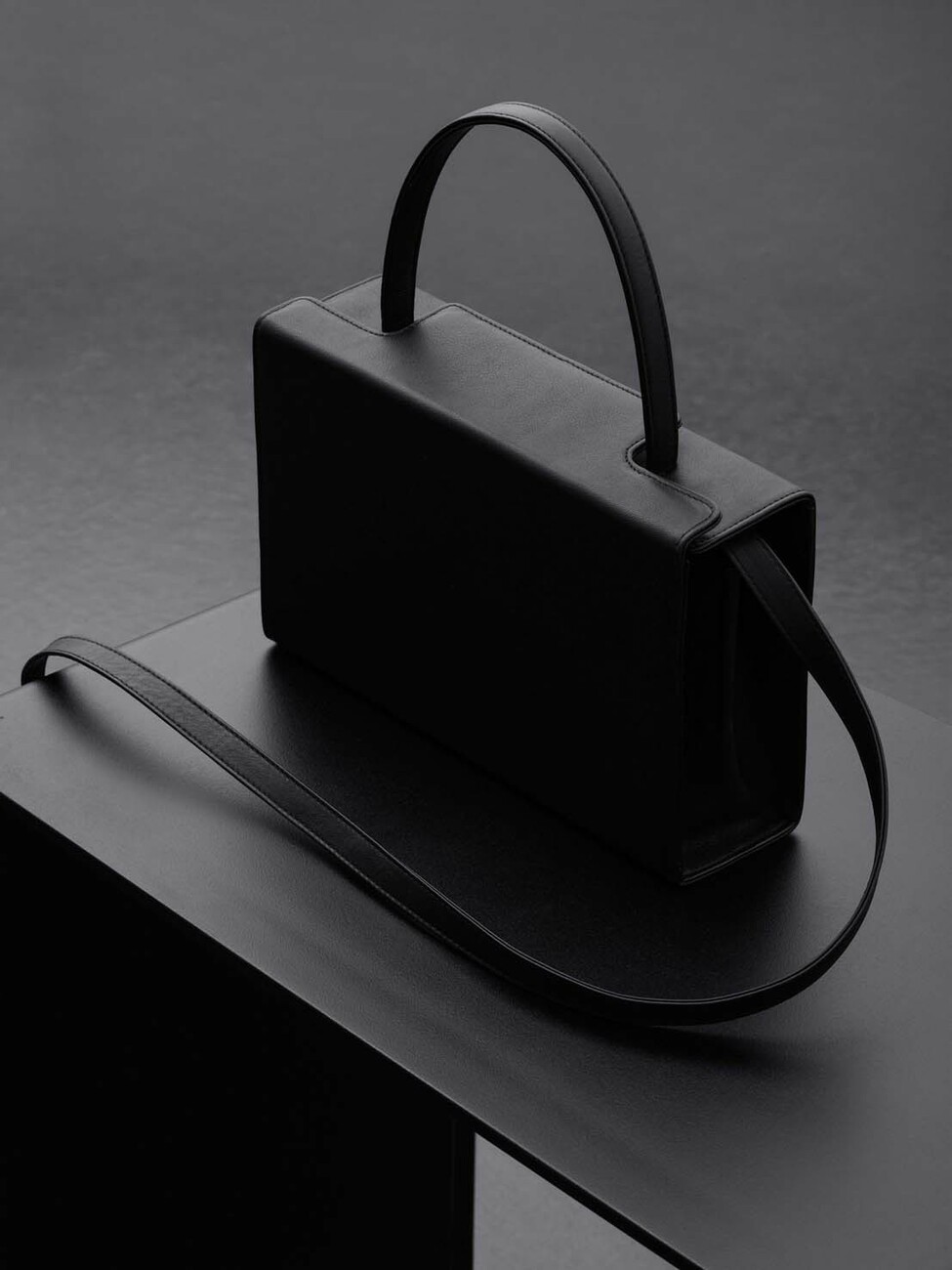 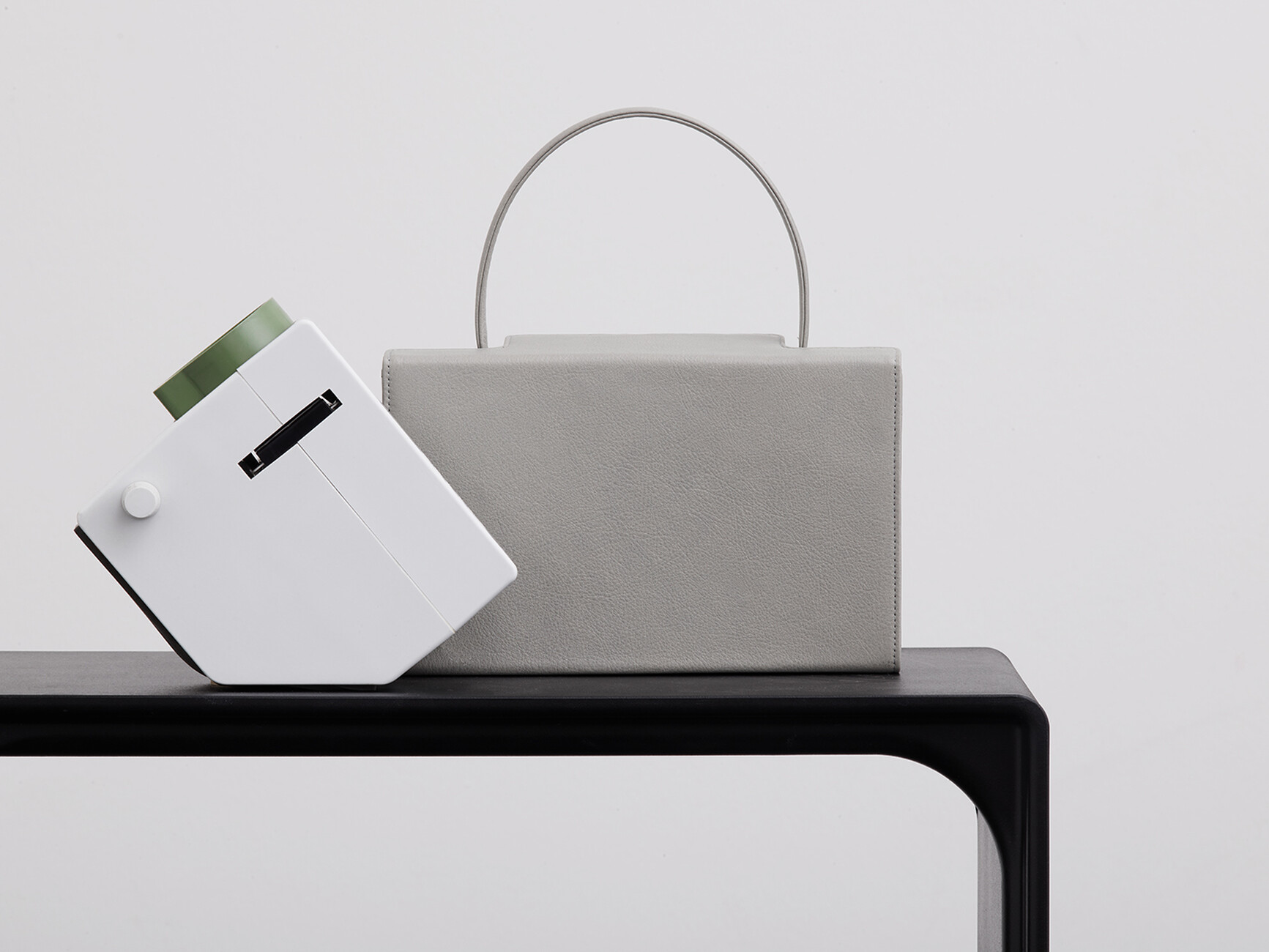 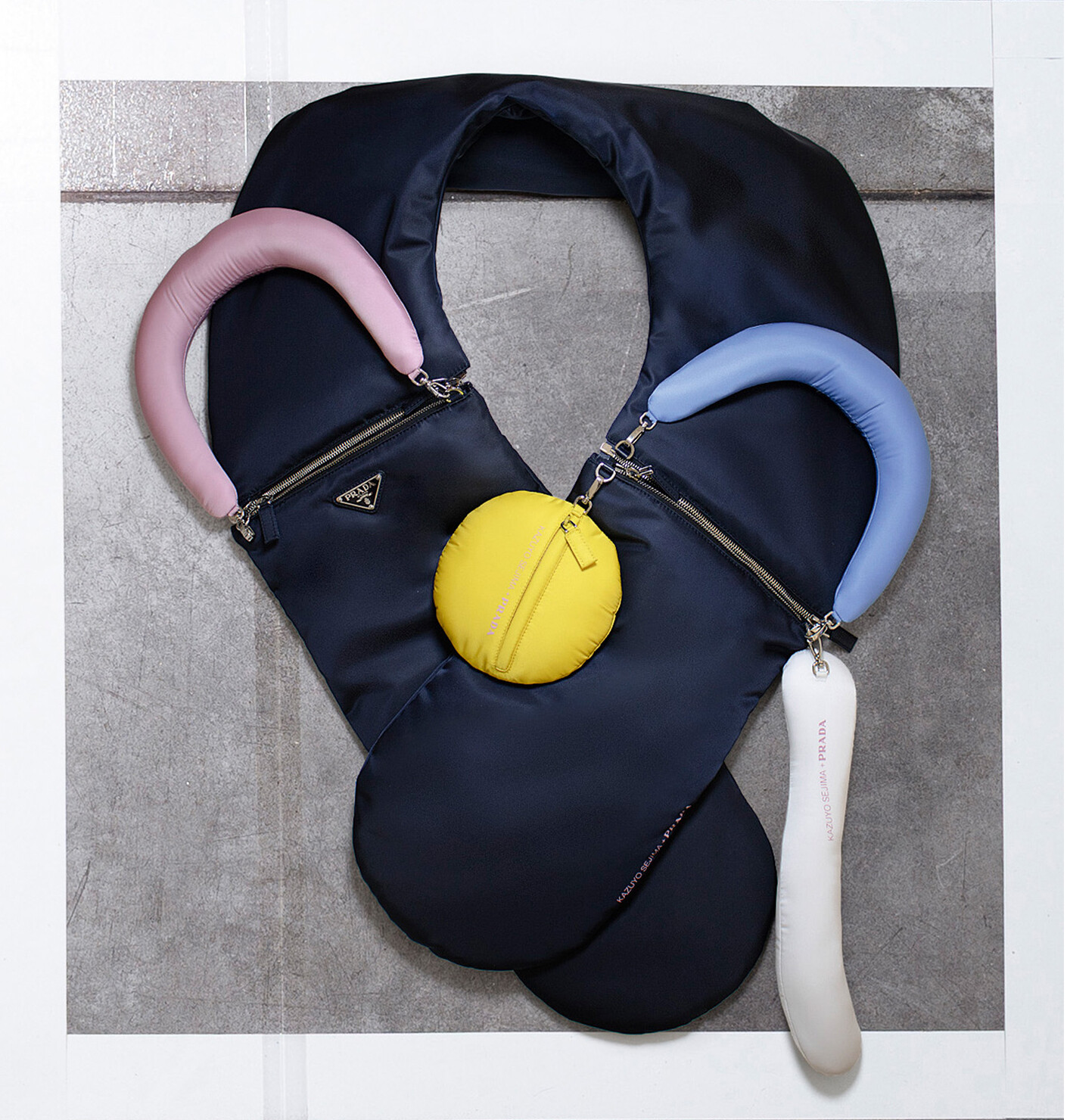 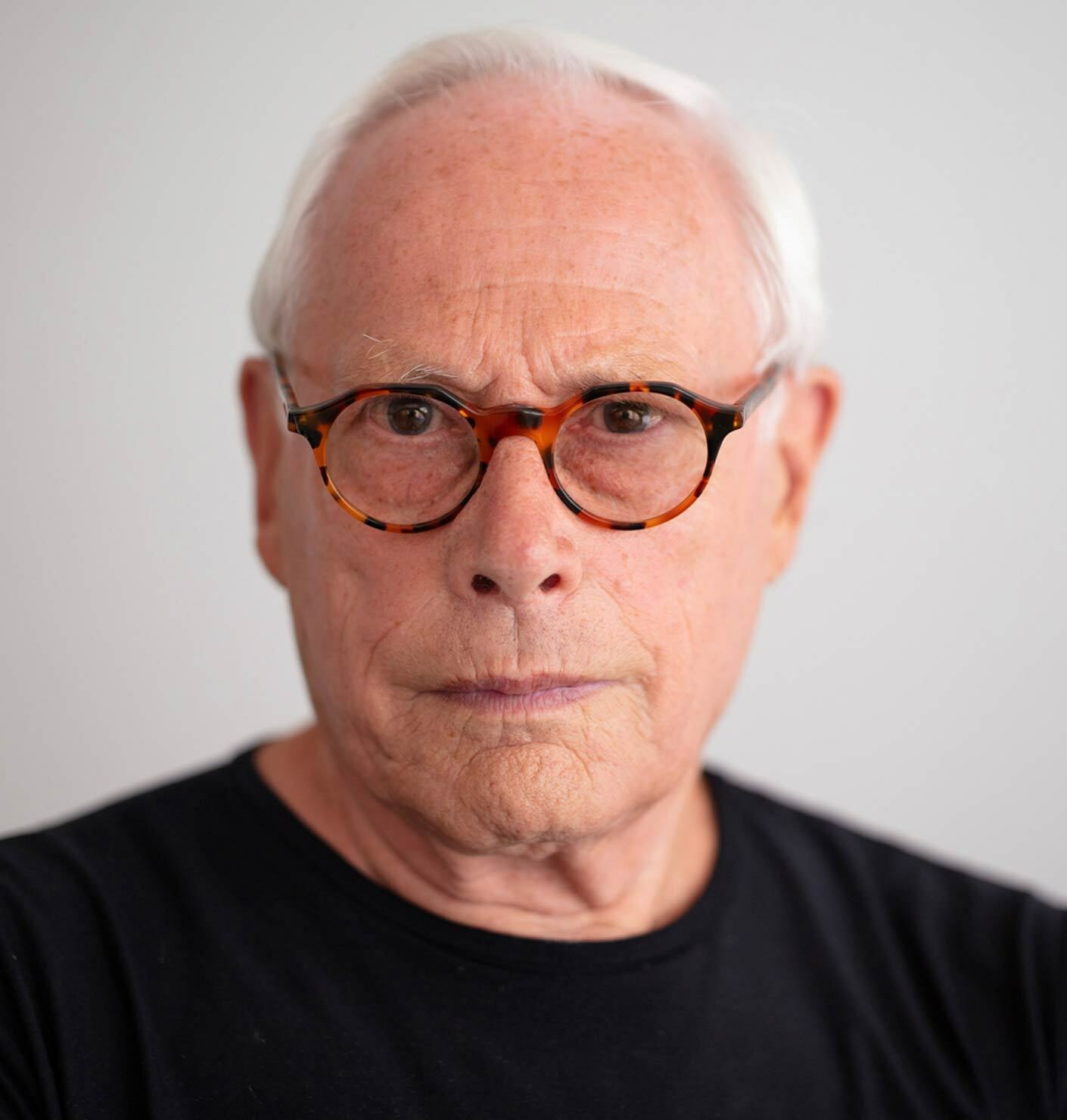 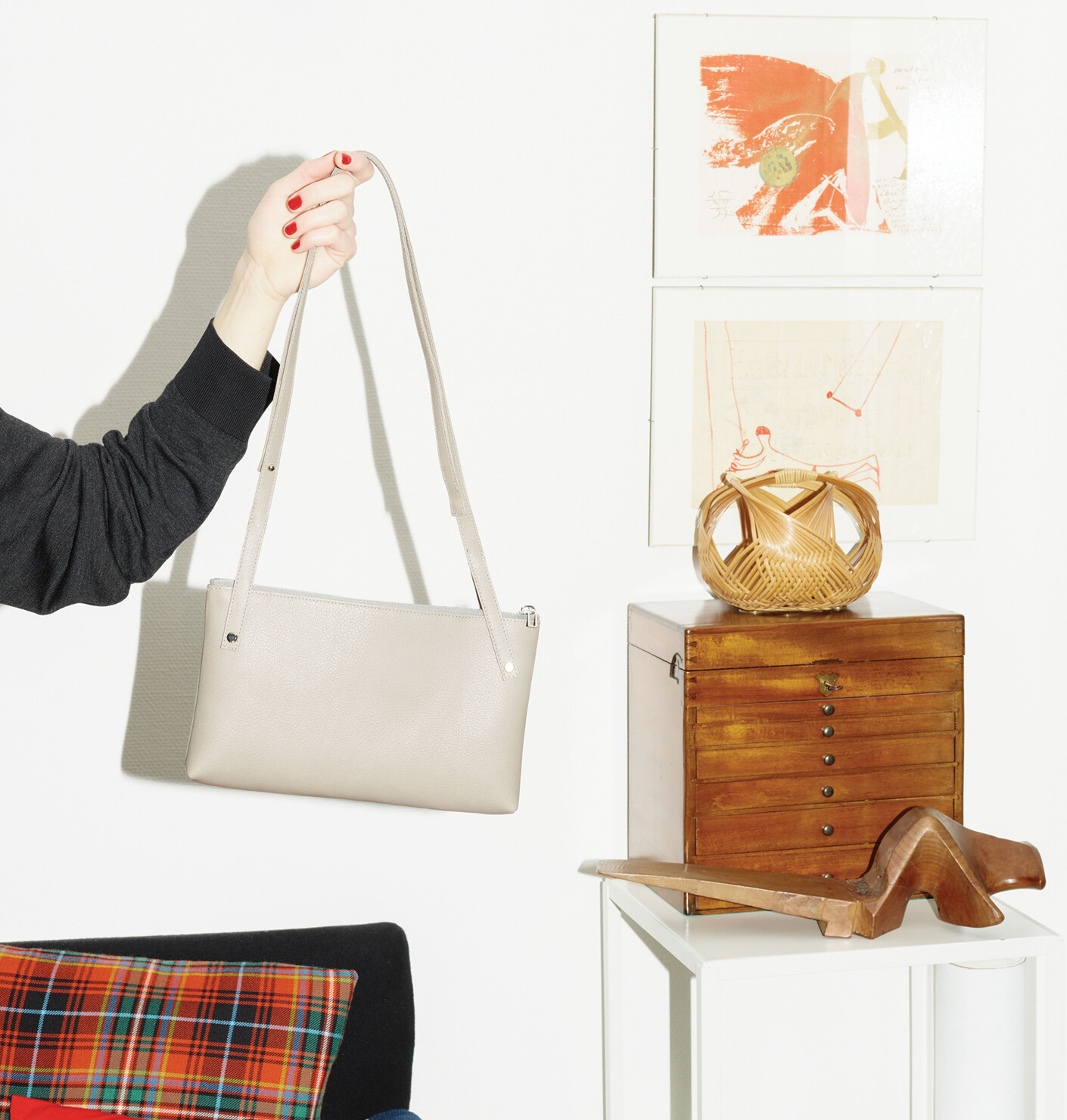 Back in the day, Ferdinand Kramer designed a handbag for his wife Lore and produced it himself. Now the label Tsatsas, together with Lore Kramer, has issued a reedition of this modern piece. 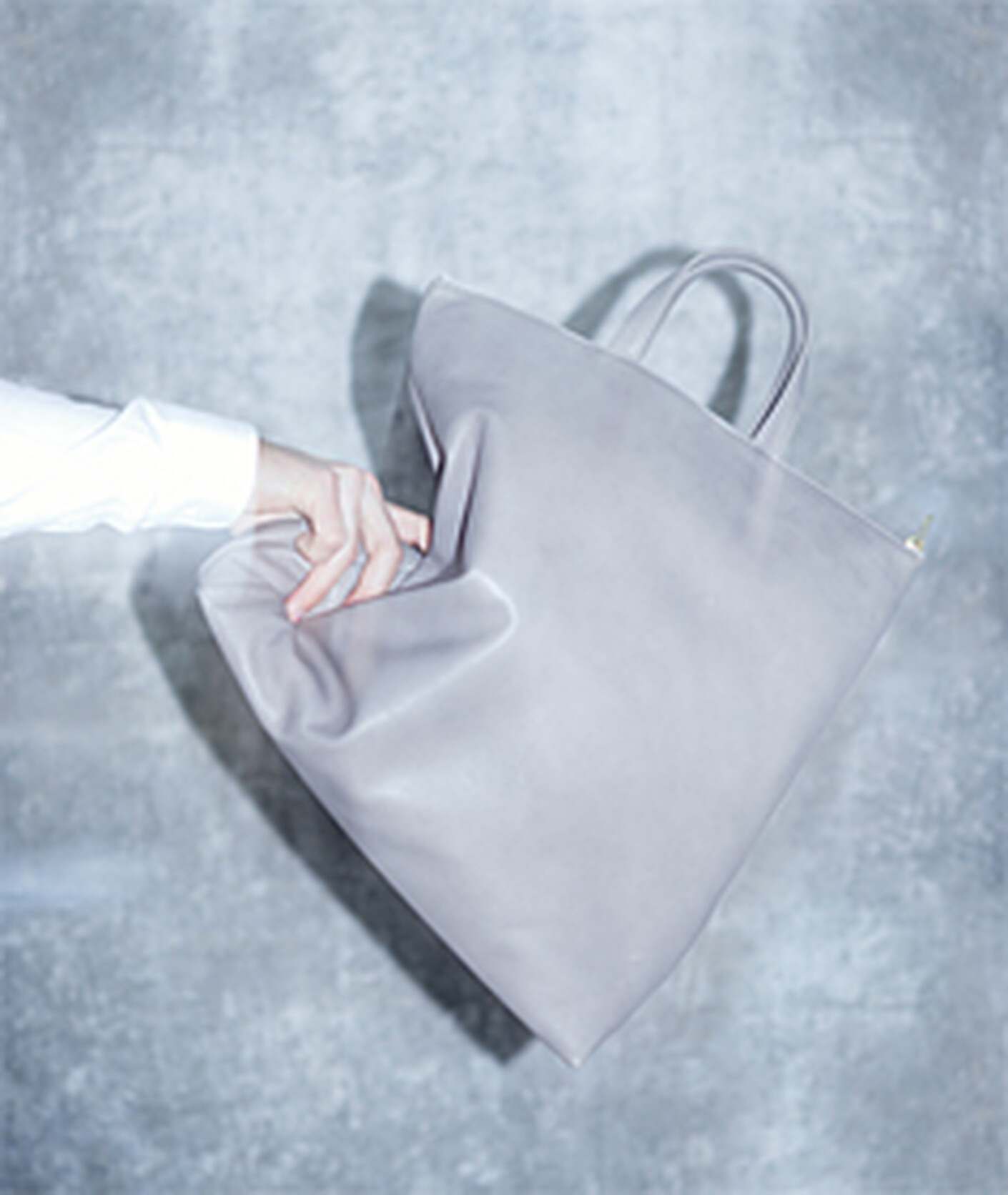 It is often the case that quantity trumps quality nowadays and the leather industry is no exception. The new handbag label Tsatsas consciously takes a different approach. The bags it makes not only demonstrate flawless craftsmanship; they are also wowing the design world with their clear-cut forms.
Advertisement