St. Michael’s Church in Paderborn’s Sennelager district has been thoroughly overhauled. Now, the congregation sits around the altar. Access to the changed interior, meanwhile, is through the church’s new door, which uses hinge technology courtesy of SIMONSWERK.
by Fabian Peters | 3/10/2020

The history of St. Michael’s Church in Paderborn’s Sennelager district resembles that of many parish churches in Germany. It was built at the end of the 1950s when this suburb of Paderborn – and hence also the congregation – was growing steadily. Today, however, the numbers of churchgoers are on the decline here too, so the community took the opportunity presented by their limited need for space to bring about a change in the liturgical concept at the same time as thoroughly modernizing the building.

Erected a few years before the Second Vatican Council, St. Michael’s Church was designed as a classic basilica. The tall, broad central nave is flanked by two lower side aisles, with a raised altar area reached via a few steps at the eastern end. To the west, the nave is fronted by a wide steeple, the proportions of which are reminiscent of the famous Romanesque westworks – a peculiarity of medieval sacred architecture in Westphalia that is also evident, for example, in Paderborn Cathedral. At ground level the tower incorporates the church’s porch and entrance area, above which is the organ loft. As part of the modernization effort, both the altar and the ambo were shifted to the center of the nave, where the baptismal font was previously positioned. The seating for the faithful is now arranged in the form of an ellipse around this new center of the sacred space. And instead of pews, they now sit on upholstered chairs. The aim of the overhaul was to involve the congregation as closely as possible in the process of the liturgy, with the price being a reduction in the number of seats from 400 to 140.

The entrance area was also redesigned. Previously, the church portal was divided into three parts according to tradition: a set of double doors for the central procession flanked by single side doors through which the faithful entered the church. With its dark-painted wood, the portal appeared uninviting and this, combined with the bulky proportions of the “westwork”, gave it an unappealing character. The new double doors of the church, however, have been made from unpainted natural oak, while the side doors have been replaced with windows that allow extra light into the church’s interior.

In order to ensure the large new double-doors remain safe and functional for a long time to come, they were mounted using hinge technology courtesy of SIMONSWERK, which located in the neighboring district of Rheda-Wiedebrück. The two doors are each fitted with four concealed hinges of the model TECTUS 680 3D FD, which hold the doors in place in pairs at the top and bottom. There were other reasons, too, why the choice fell on SIMONSWERK hinges. Both the planners and the developers wanted concealed hinges – first of all to ensure the door’s aesthetic remained intact, and secondly so that the hinges are not accessible while the doors, which open outwards, remain closed. A further reason for the choice of the TECTUS series from SIMONSWERK was the substantial weight of the doors and the additional burden created by the mechanical force of the swing-door system. The TECTUS hinge system was put under substantial stress during development and can bear loads of up to 160 kilograms. When it comes to installation, it offers the advantage of easy positioning thanks to its 3D adjustment, while the sealing that surrounds it also reliably prevents moisture from entering the hinge itself. Hence, following this renovation, the faithful can now enter their newly designed house of worship comfortably and safely. 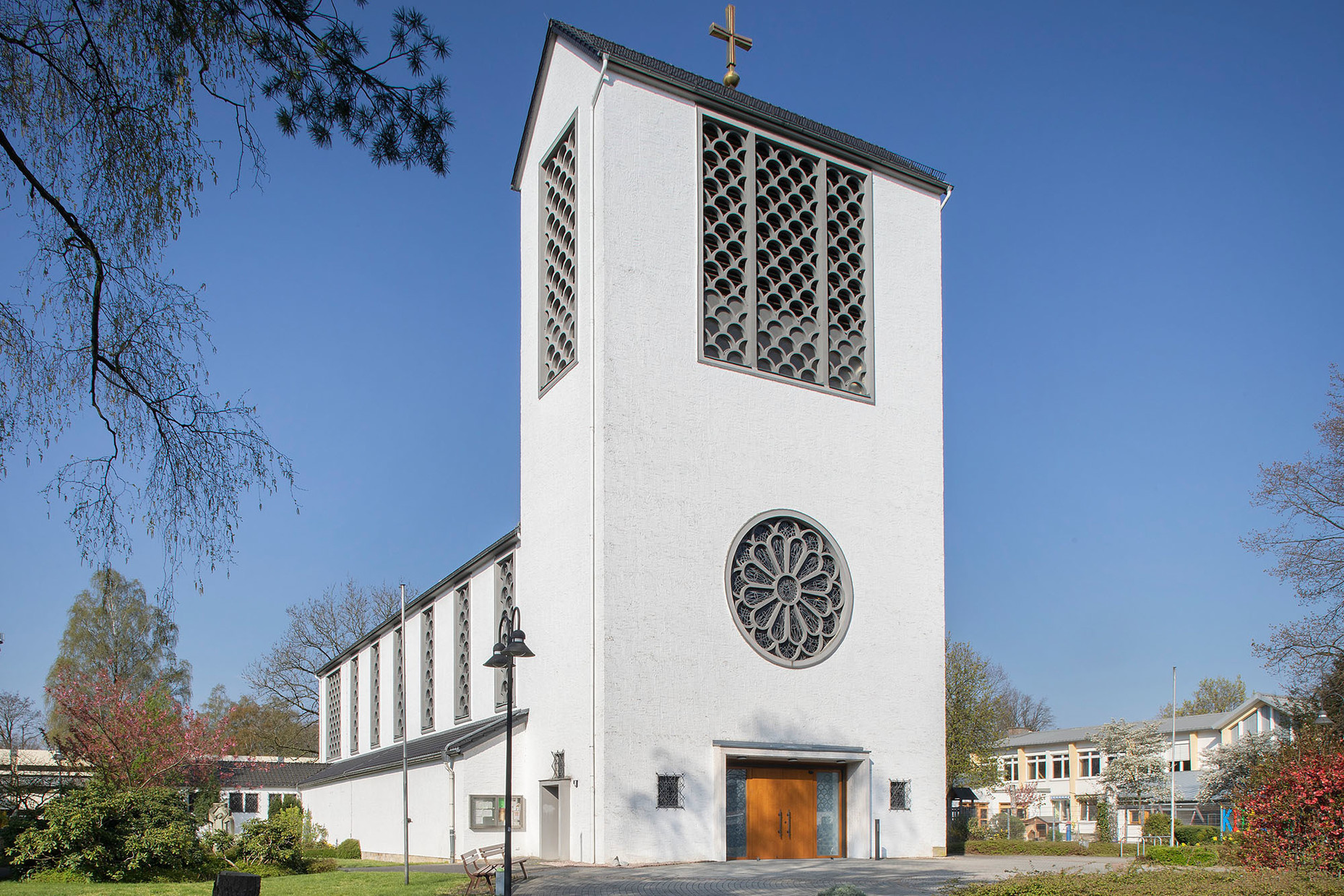 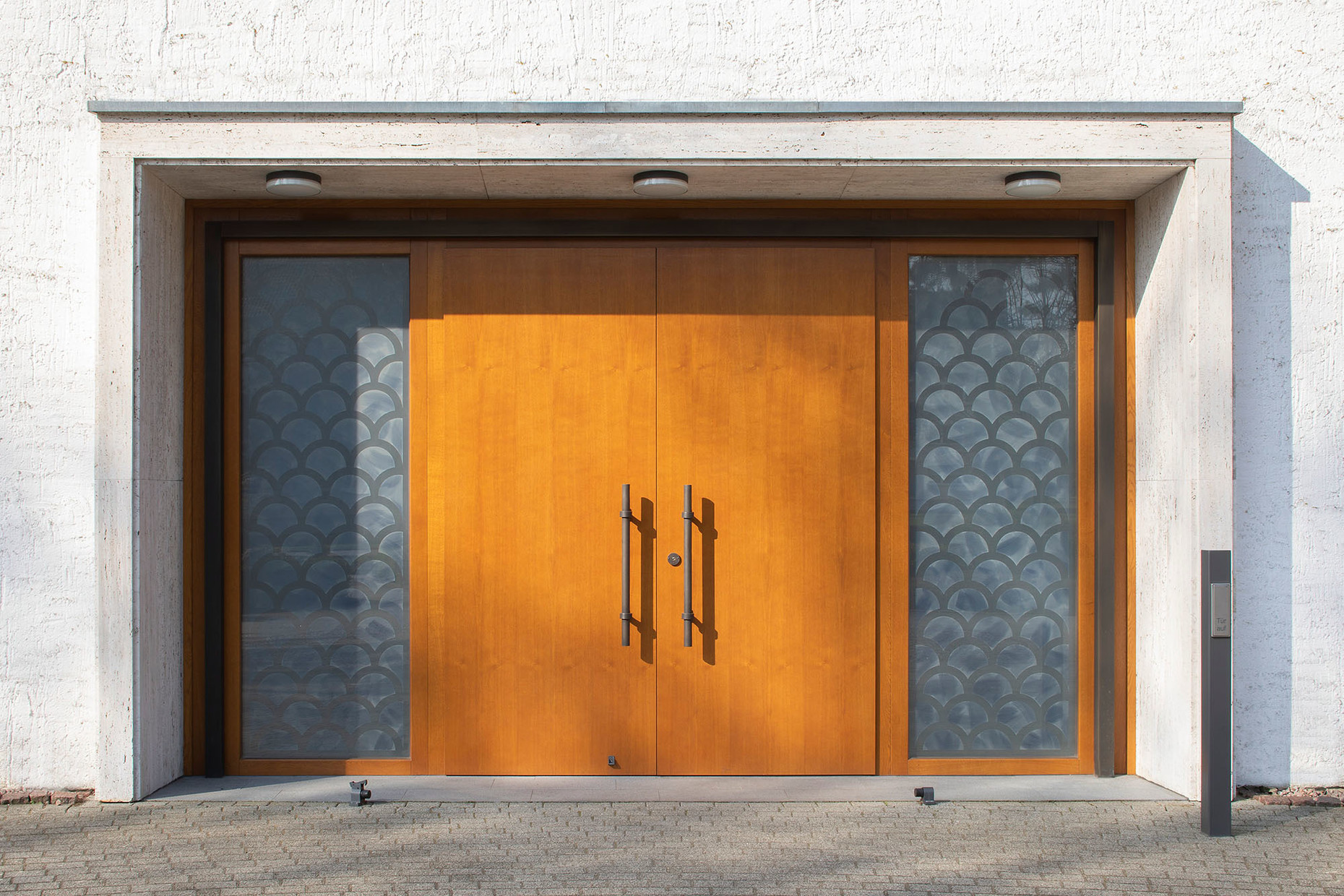 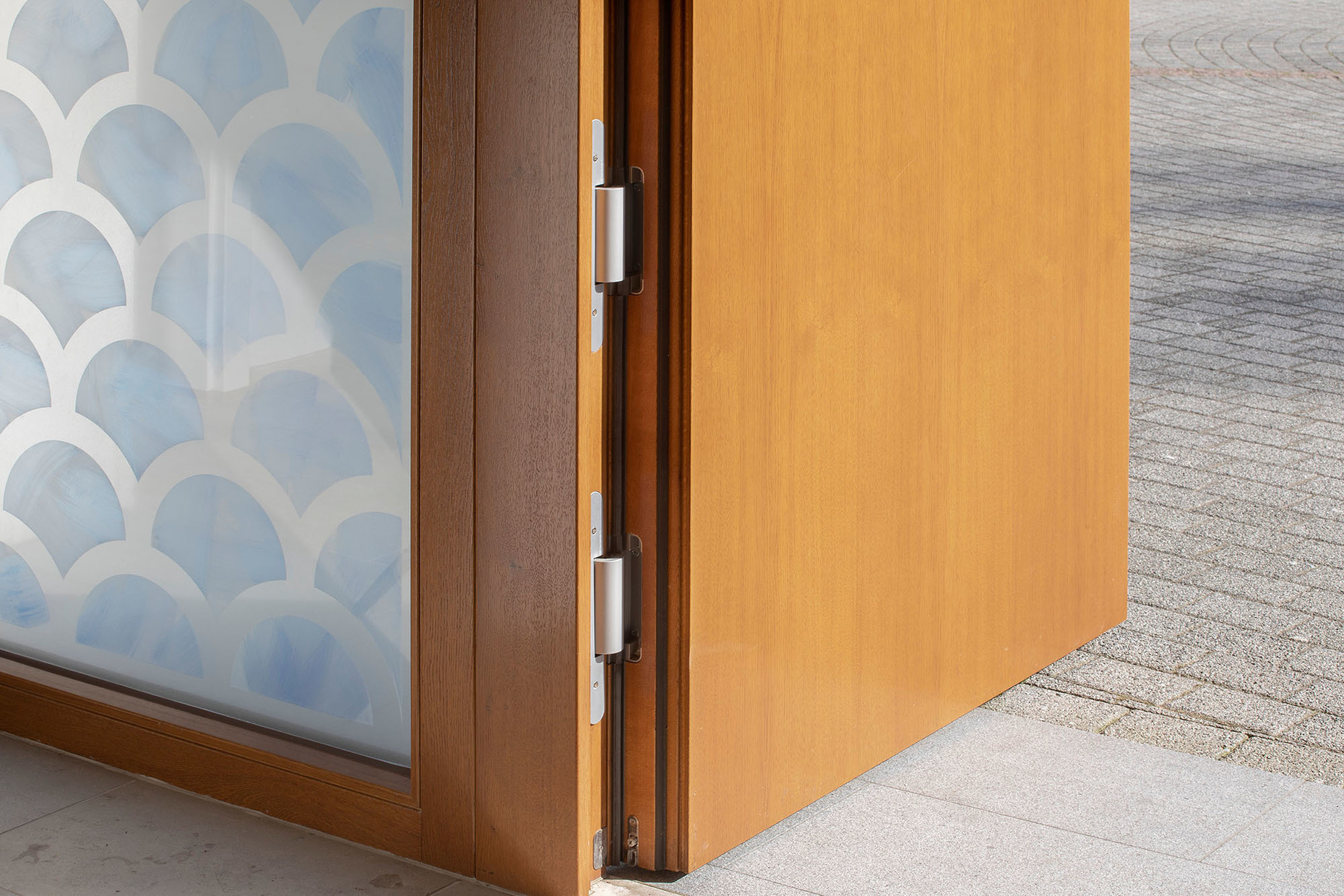 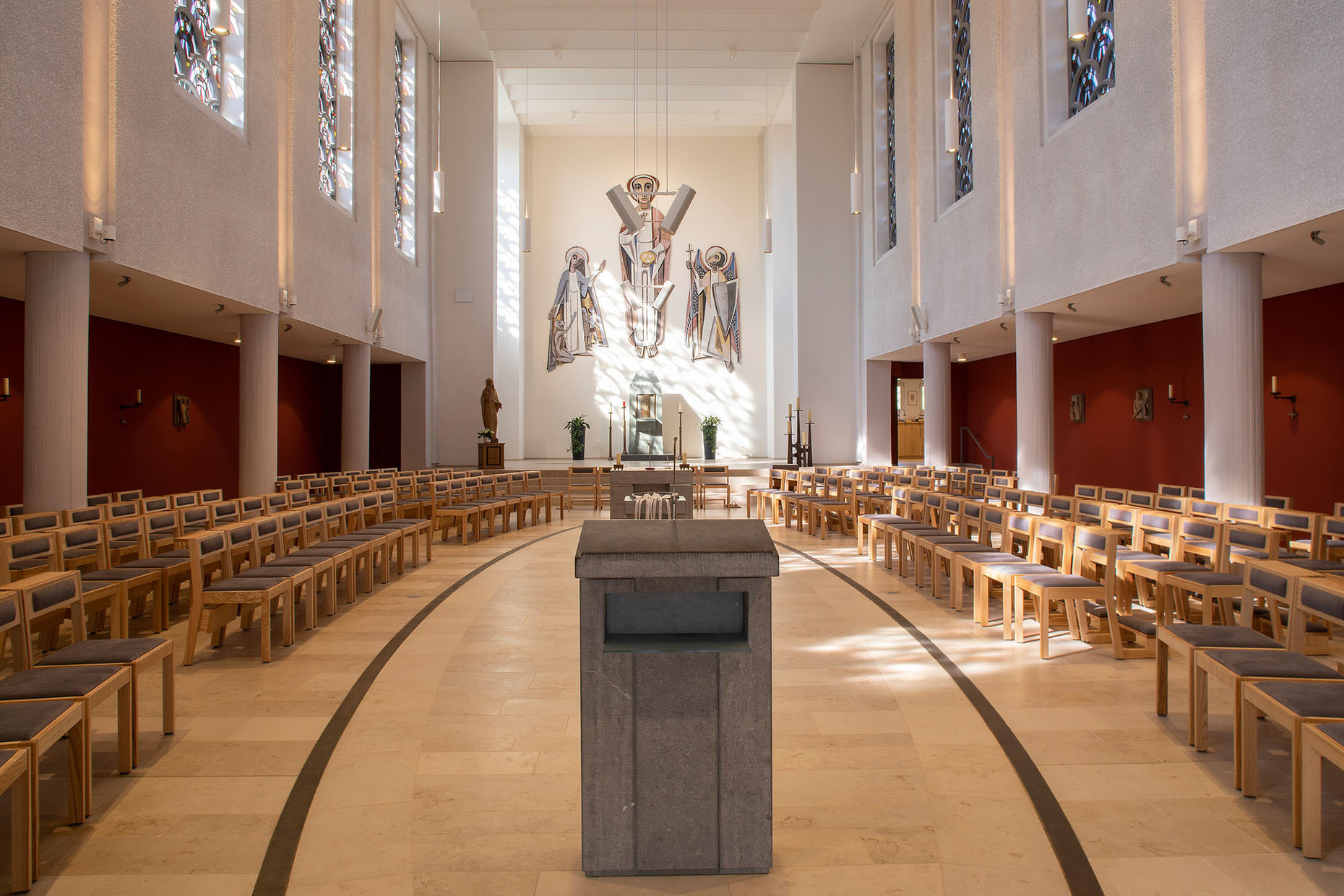 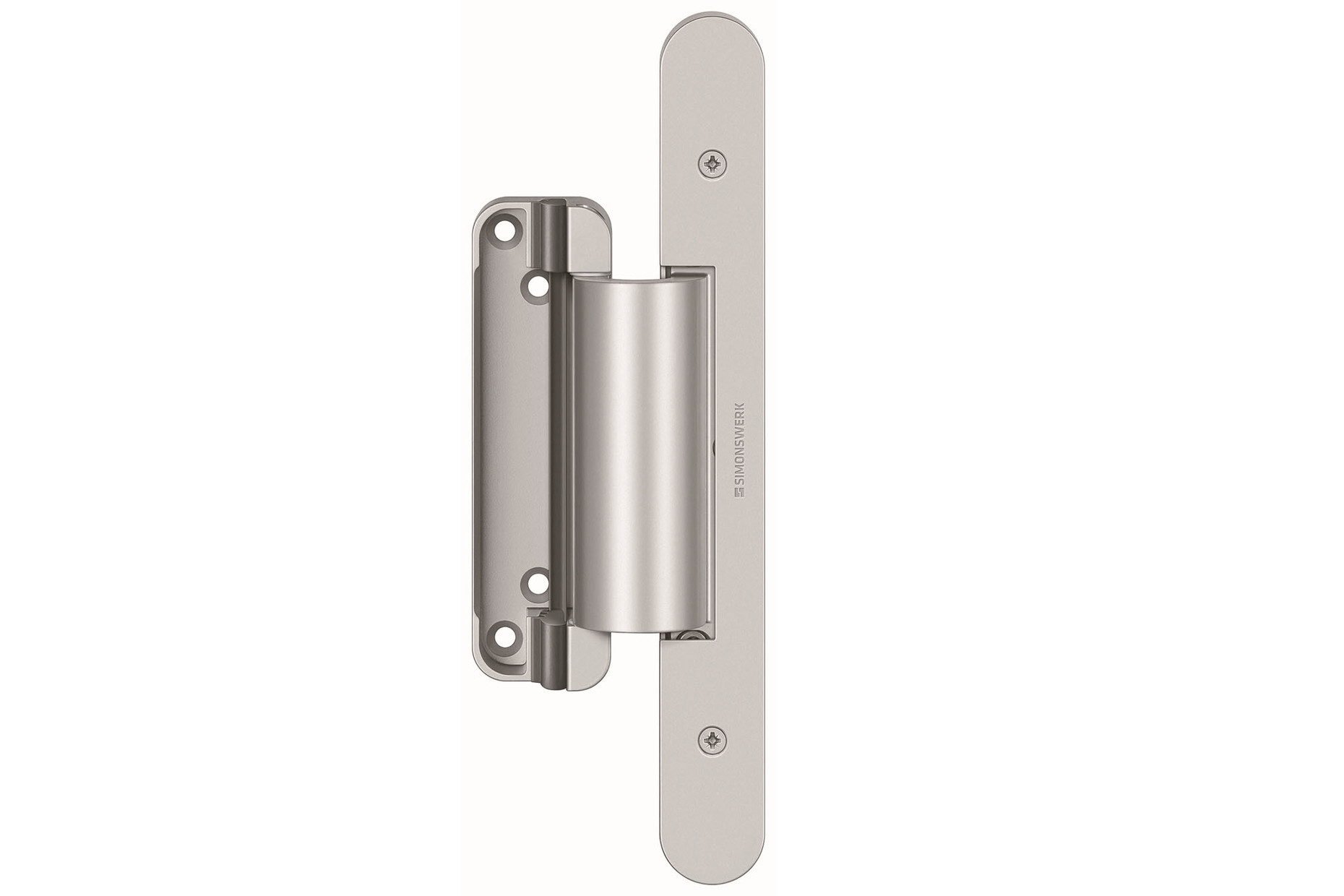 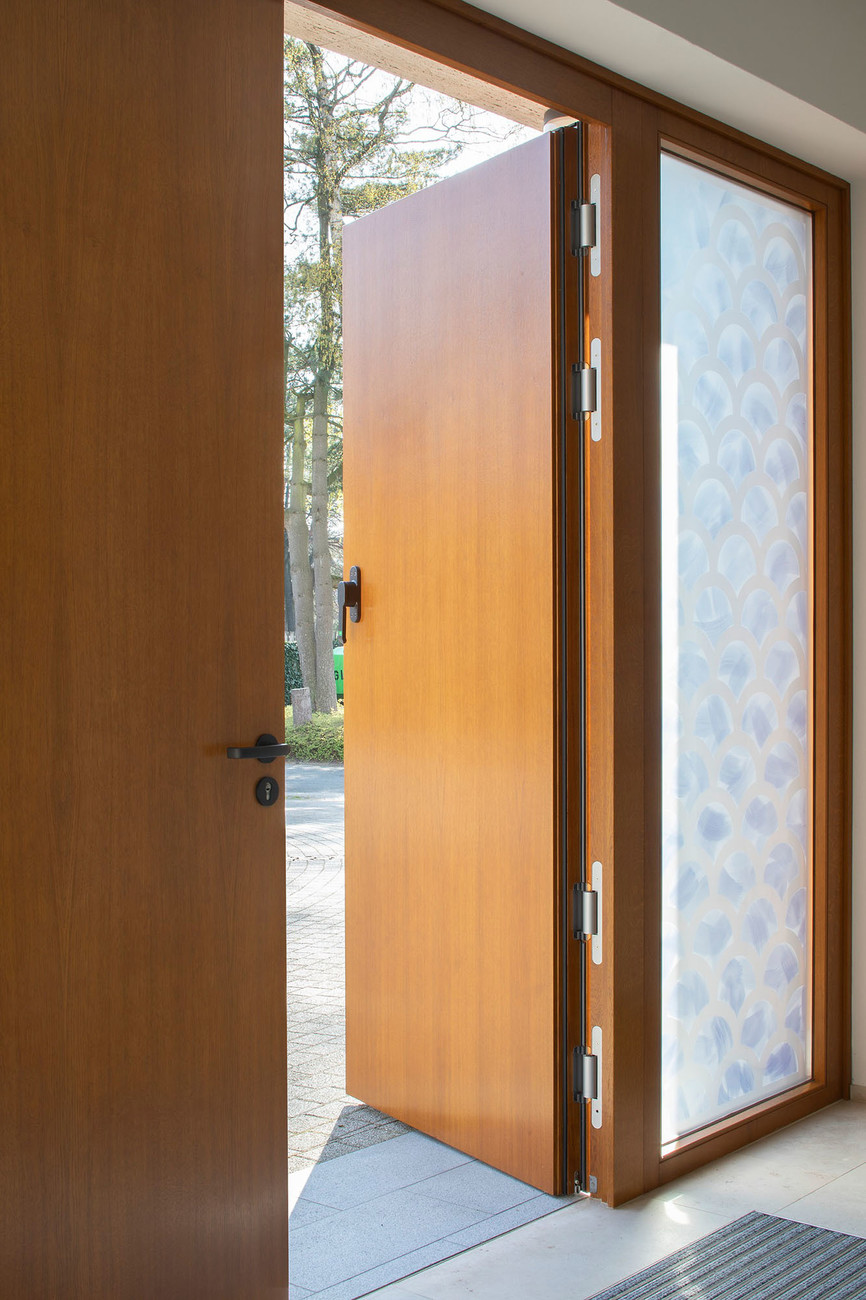 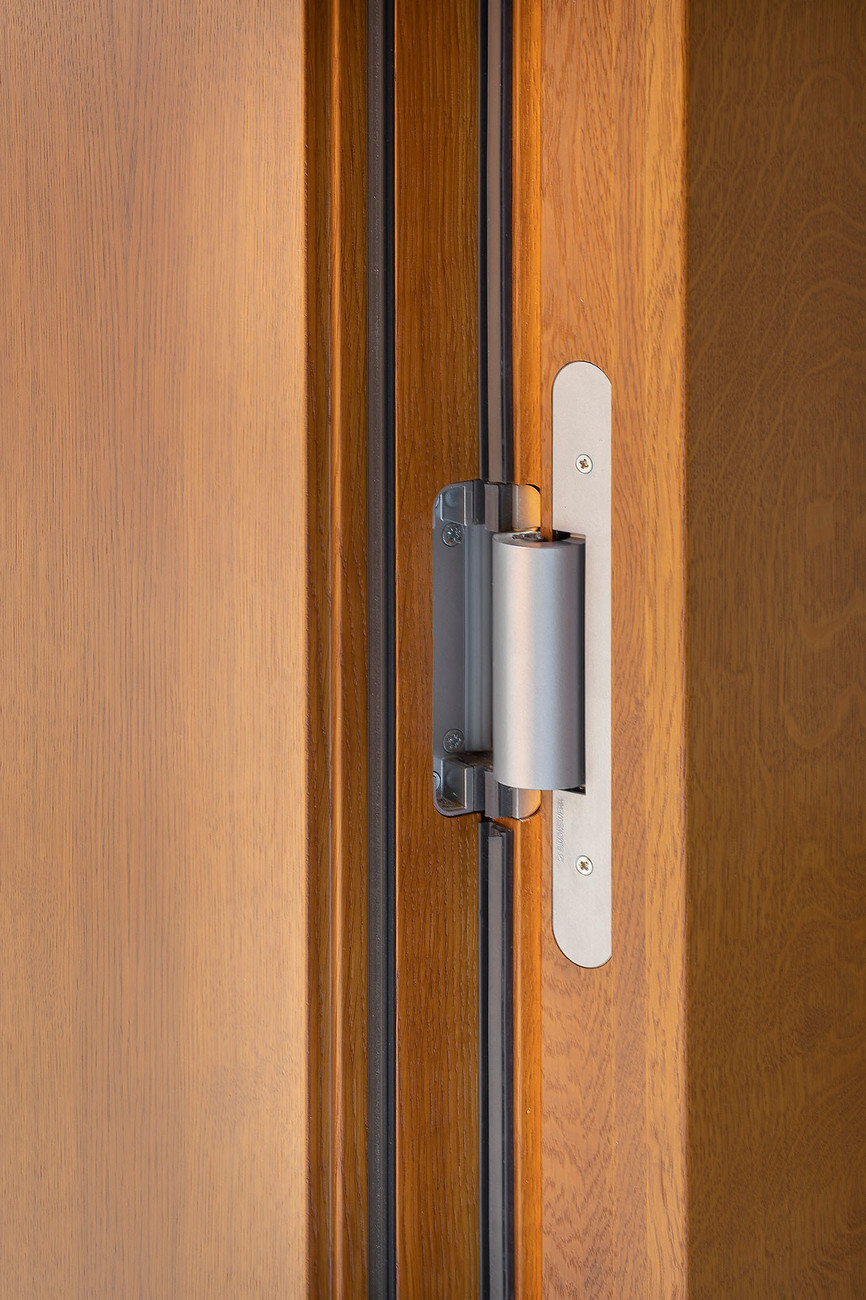 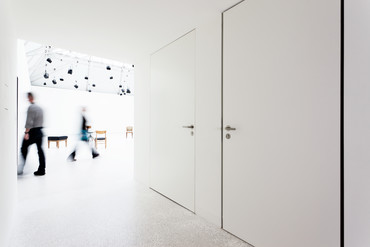 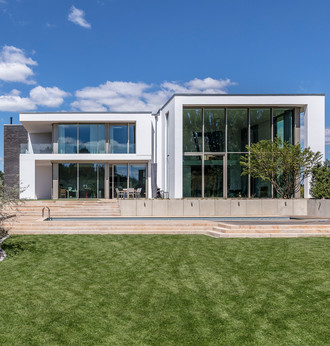 A perfect fit in the door frame

A villa in Hamburg had to meet the very highest quality standards. So it goes without saying that the hinge systems had to come from SIMONSWERK. 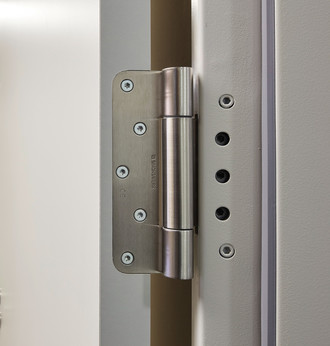 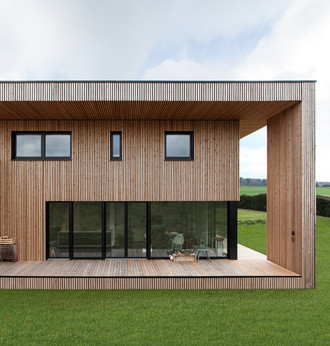 Down to the details

For her own home, architect Marai Ströcker makes use of hinge systems from Simonswerk. 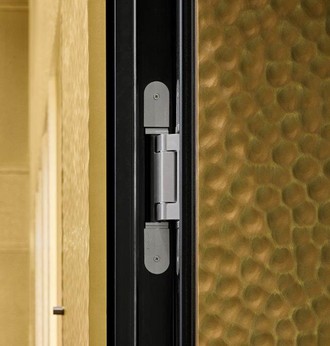 The Musiktheater in Linz is an architectural delight with its precise details, including door hinges by Simonswerk. 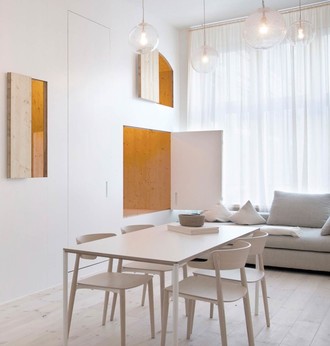 A house inside a house 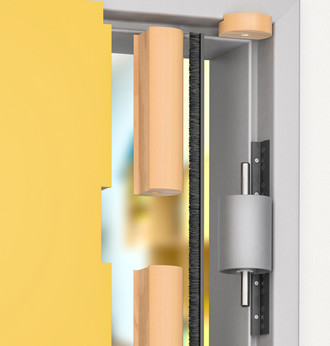 Simonswerk has created a finger-trap protection set for retrofitting doors. 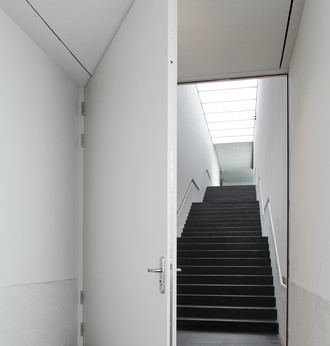 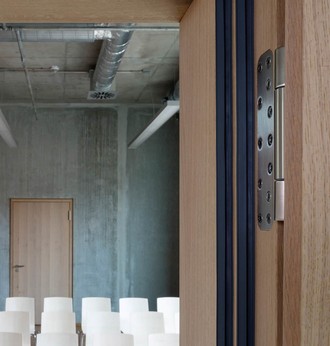 A firm hold for a heavy lift

The "Variant VX" hinge system from Simonswerk securely holds the heavy doors of the Wälderhaus Hamburg.