Smart clothing plays a key role at Techtextil 2019 – the trade fair takes place in Frankfurt May 14-17. To what extent is the fashion industry really focusing on combining fabrics with technology, however?
by Silke Bücker | 5/9/2019

Technology is part and parcel of our everyday lives. We increasingly spend time in virtual worlds and fuse them with our analog reality. An aspect of digitalization that also affects textiles and fashion. The focus is on smart textiles that integrate technical components into fabrics in order to make our lives easier, safer or even healthier. It is a topic that has been researched around the world for almost 15 years. But the term smart textiles can also be interpreted quite differently – namely as a concept for sustainable materials and material use. After all, like other sectors of the economy, the clothing industry is facing the greatest challenges when it comes to protecting resources and environmental protection.

First things first: How much potential does the combination of two such contrary subjects really offer? On the one hand we have fashion that is primarily guided by aesthetic and quality issues, and which lends us attitude and personality. And on the other highly-sensitive technical elements such as cables, LEDs or sensors. Not only should they ideally be so well integrated into a garment as to appear invisible they should also emerge unscathed from the spin cycle of your washing machine. It is hardly surprising that so far the wearables that work best have been accessories like the Apple Watch or “MICA”, short for “My Intelligent Communication Accessory”, a luxury bracelet of 18 carat gold, white snakeskin and obsidian that was launched in 2014 by Opening Ceremony and Intel Reveal – and which just happens to include things like text messages, a diary, social media and fashion apps, all of course completely invisible. The fusion gets much more challenging when fabrics come into play because they have to be combined with rigid technical components – something that can typically only be achieved through interdisciplinary cooperation. Which explains why wearables are not considered that important yet for the commercial fashion market although a large variety of ideas has already been realized.

The easiest option is to have technology as a kind of add-on. For example, London brand Cute Circuit has a T-shirt with an integrated microphone, loudspeaker and camera capable of showing photos or your Facebook status via an integrated display or playing songs. In recent years there has been a move towards weaving, knitting or embroidering in the technology: in other words, conductive threads, LEDs or sensors are embedded into textiles. In a particularly spectacular joint project British textile designer Lauren Bowker and a technology specialist have developed fabrics capable of measuring electromagnetic waves in the brain and the fabrics change color or pattern to reflect their wearer’s mood.

The cooperation between Google and Levi’s has also received ample coverage: In 2017 the two joined up to launch the “Commuter Trucker Jacket”, which can link up to a mobile phone via a removable Bluetooth cuff. Conductive threads in the lower left sleeve allow wearers to control the most important smartphone functions without having to take the device out of their pocket. The catch is that the jacket can’t be washed more than ten times making it perhaps only a passing fad whose “smartness”we would be entitled to question.

Smart fabrics are playing an ever-increasing role in the field of performance or active wear with a focus on preventative health measures. For example, Ralph Lauren developed a high-tech shirt, which relies on silver threads knitted into the garment that measure the wearer’s biometric data like pulse, heartbeat, calorie burn or body temperature and send the information to their smartphone. From the French brand Spinale Design there is the “Neviano UV Protect Swimsuit”, fitted with a locket-shaped, removable, waterproof sensor that alerts its wearer when it is time to put on sunscreen so avoiding over exposure to the sun. Nadi X from Sidney presents yoga pants with integrated mechanisms at the ankles, knees and hips that vibrate gently to guide you into certain positions. The sensors also track, analyze and communicate your yoga practice.

Smart is also the principle behind “turn old into new”: In the (alternative) fashion industry few other processes are experiencing more of a boom than reusing and recycling. Take the Spanish fashion brand Ecoalf, whose collection – in a style that hovers between fashion and function – is based entirely on the principle of reusing various raw materials like PET bottles or used car tires. It’s a principle Swiss bag brand Freitag has been successfully implementing since 1993. In fact, with their bags made of recycled truck tarps you can say the company were pioneers in the field. For their sustainable collections many fashion firms use the polyamide ECONYL® from Italian firm Aquafil made from old fishing nets. In 2018, for example, Kunert in cooperation with Cologne-based designer Claudia Lanius presented a tights collection made of ECONYL®, while Austrian thread manufacturer Lenzing recycles cutting waste from the production of conventional cotton clothing to make its cellulose yarns.

It is difficult to forecast how important and relevant smart textiles and wearables are likely to be in future. But surely in developing and launching new products the aim should be to look beyond the gadget character alone and always focus on the benefit for the interplay of man, nature and the environment. This claim is also reflected in the focus on sustainability at this year's Techtextil. With its exhibitors from the "Clothtech" and "Sporttech" application areas in particular, the leading international trade fair offers the latest material and product solutions from the functional apparel textiles and sports sectors. And at the Techtextil Forum - the new lecture format that complements the trade fair - speakers will report on the latest developments and findings from research under the heading "Towards Sustainability". 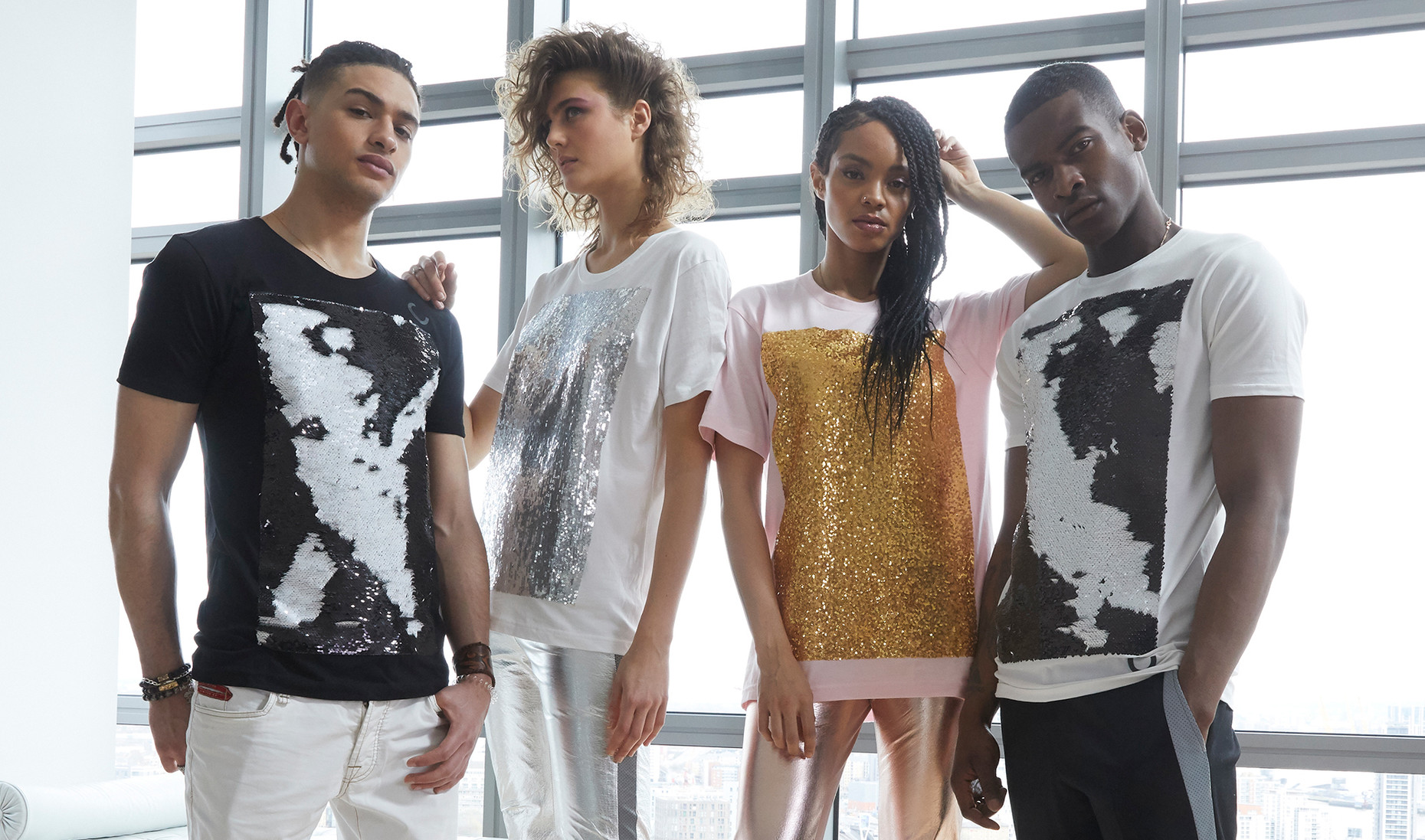 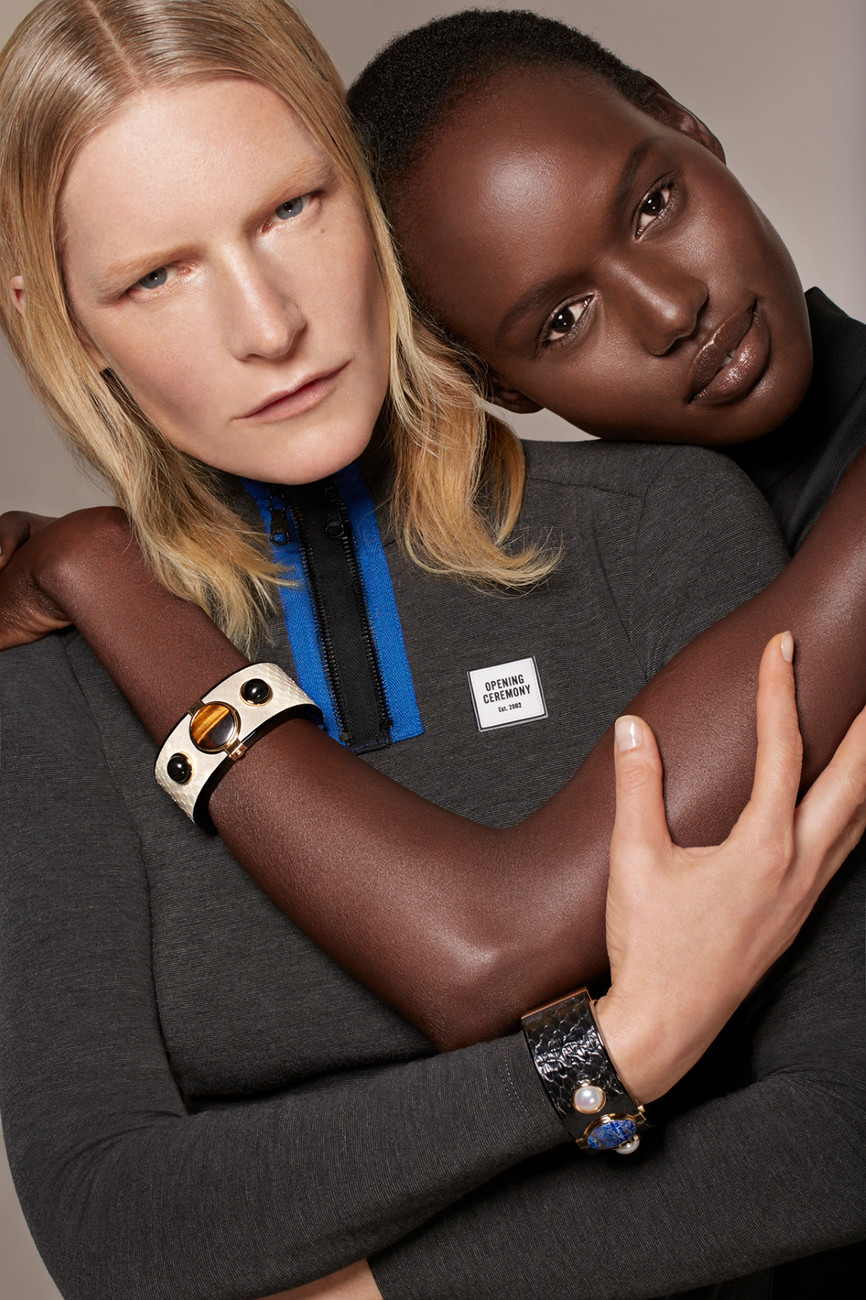 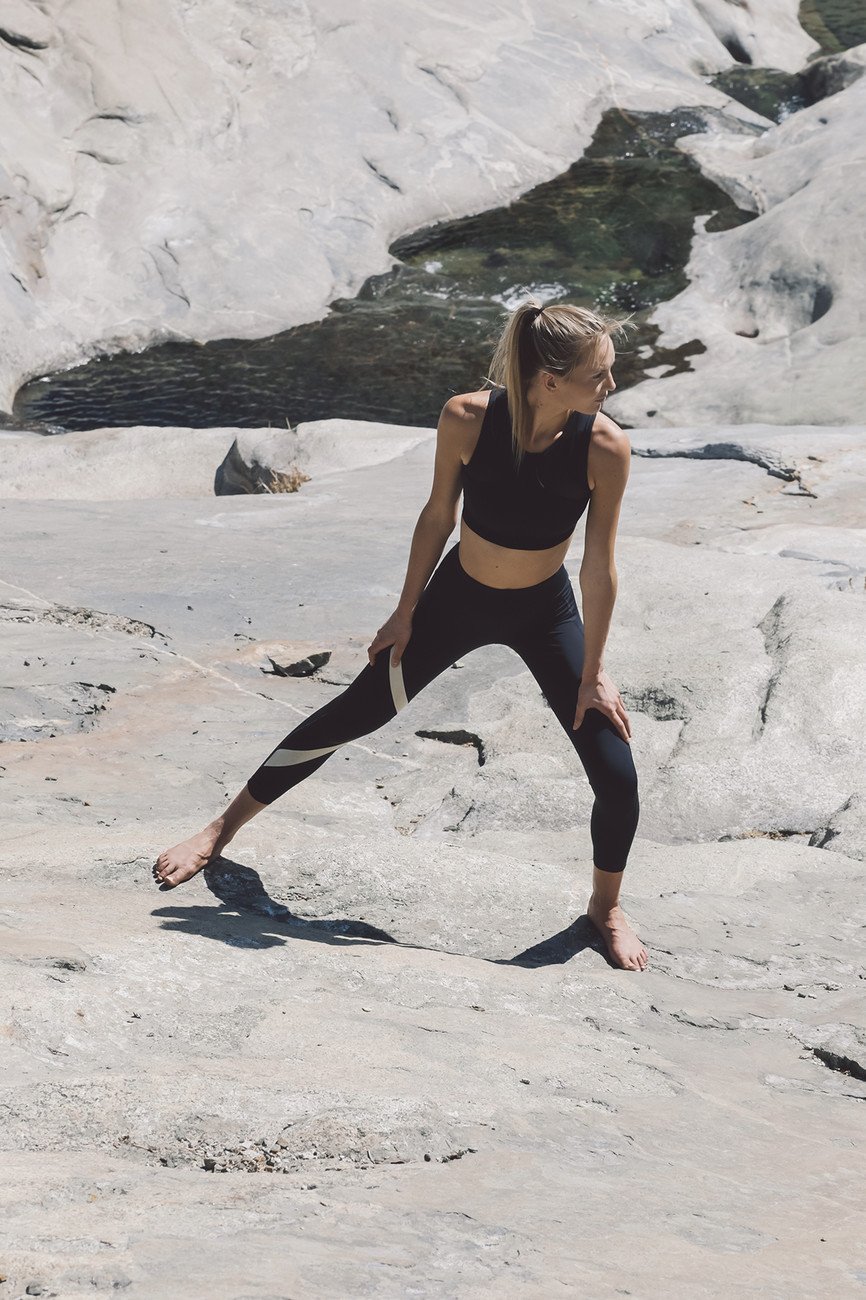 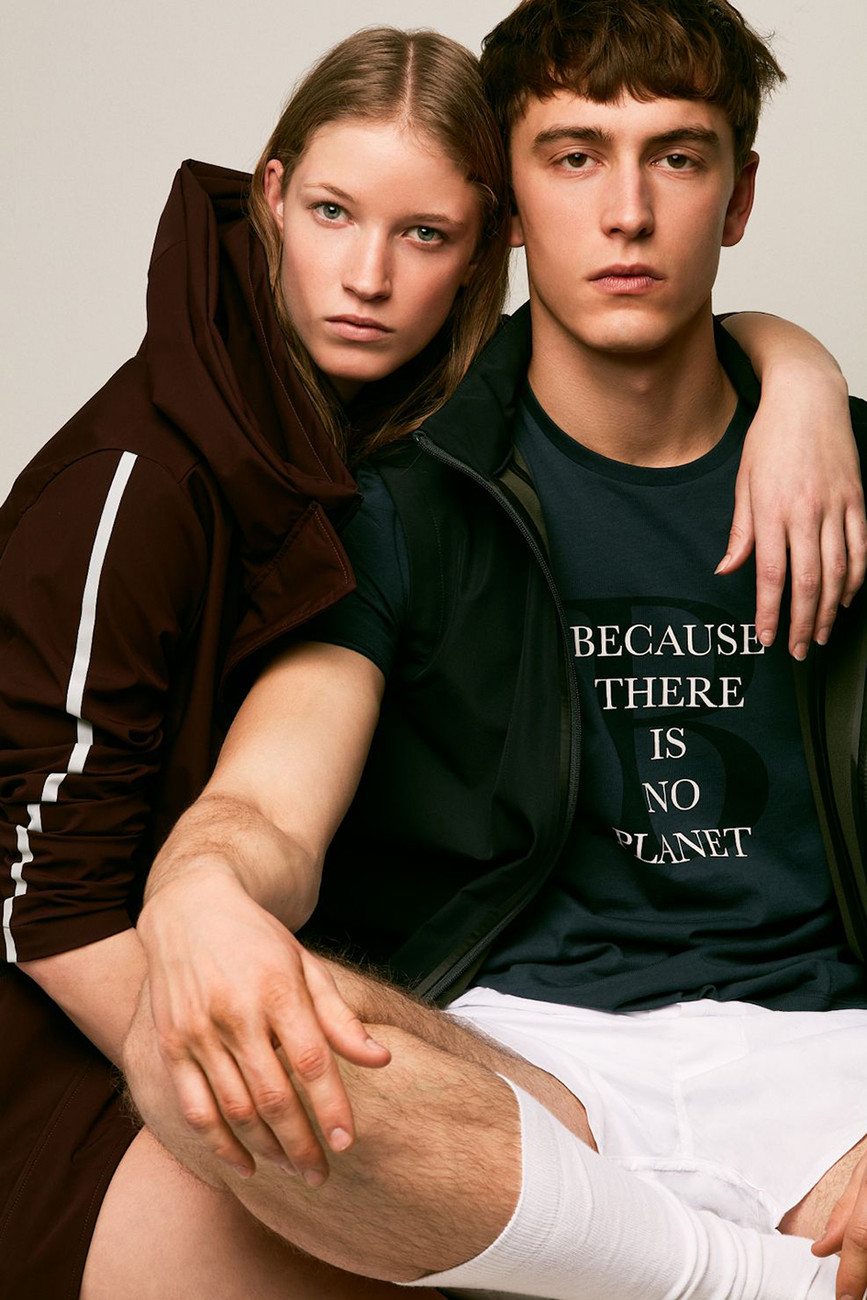 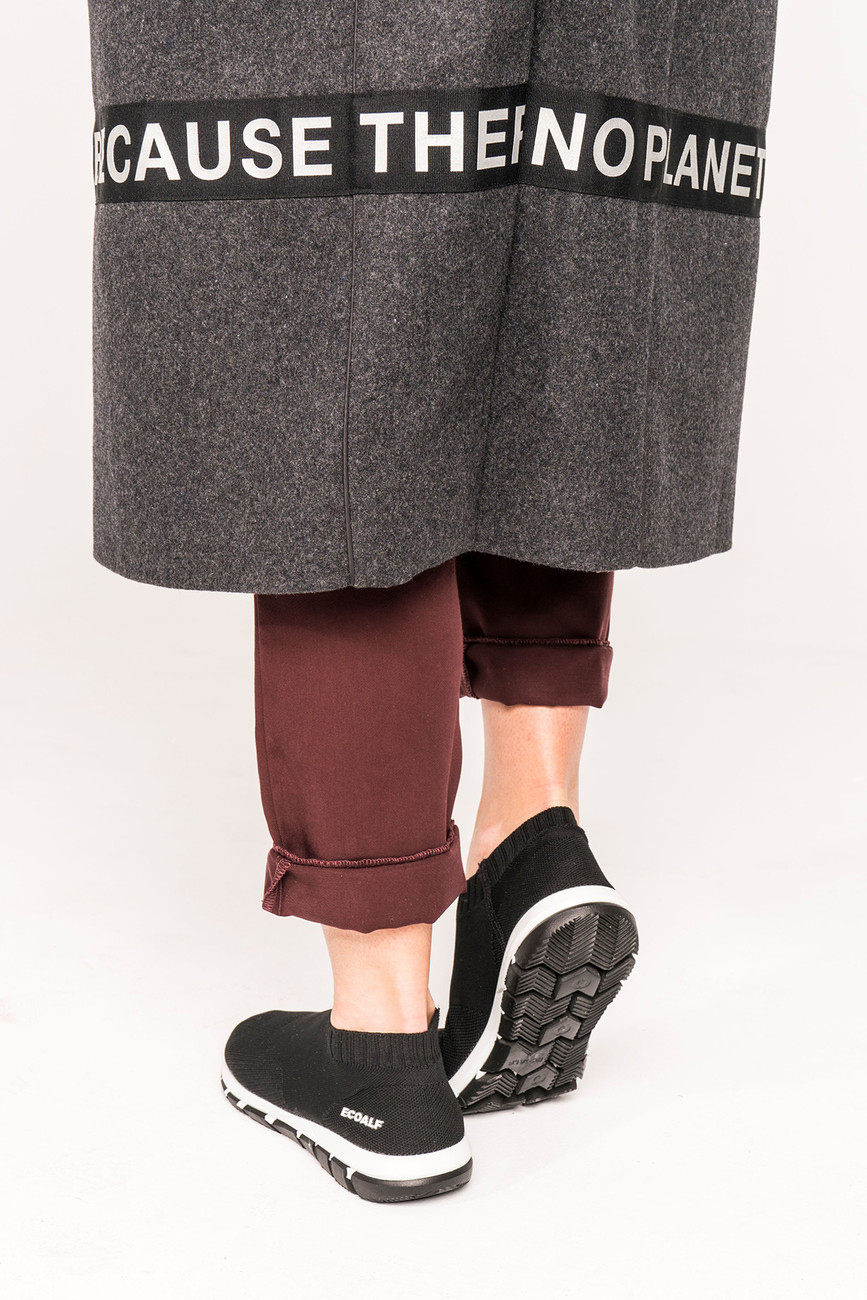 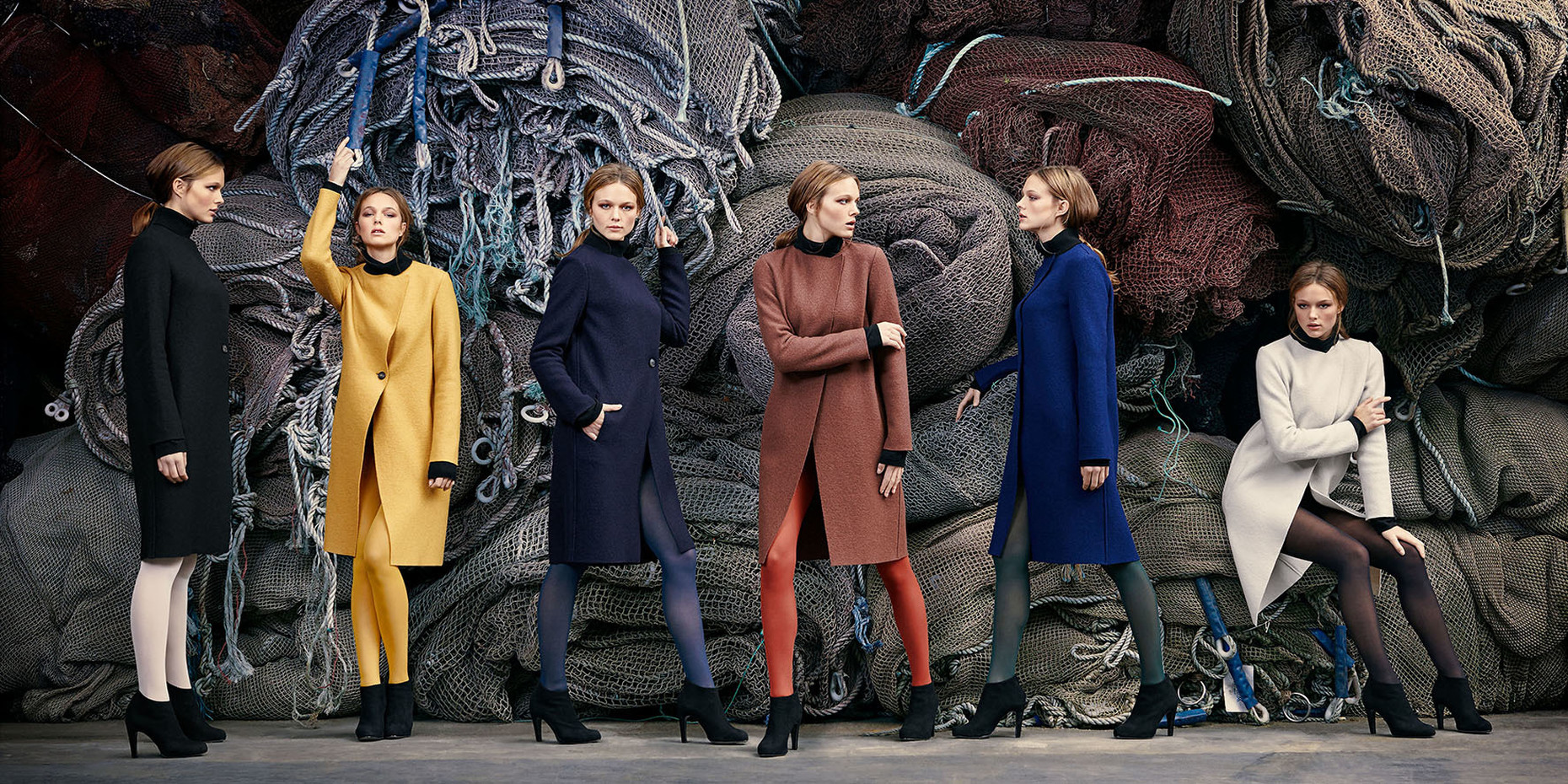 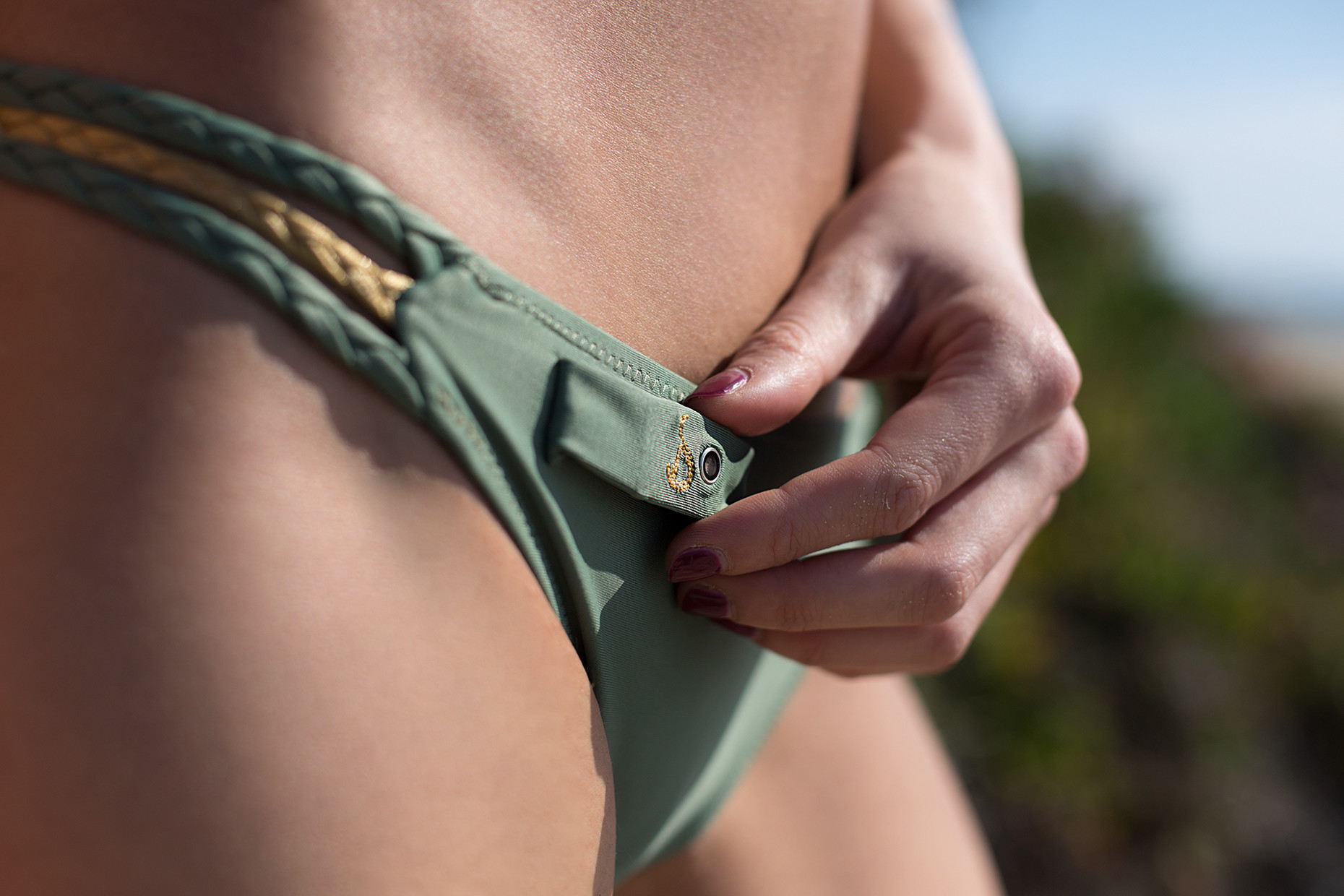 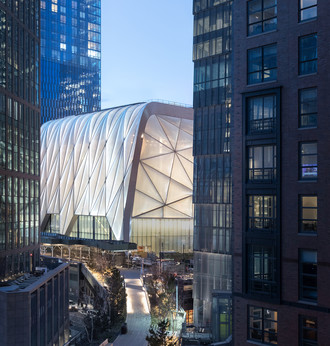 On the occasion of Techtextil 2019 we show you five trailblazing projects – and in each of them technical textiles really make the architecture. 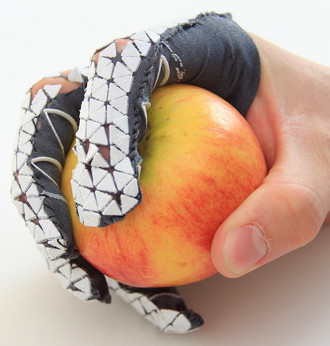 Techtextil 2019 will once again be showcasing innovative developments in the field of technical textiles and nonwovens. 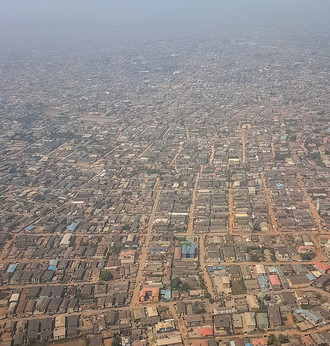 What impact will global urbanization have on our cities? An essay by Peter Cachola Schmal on the occasion of the Techtextil special event themed “Urban Living – City of the Future”. 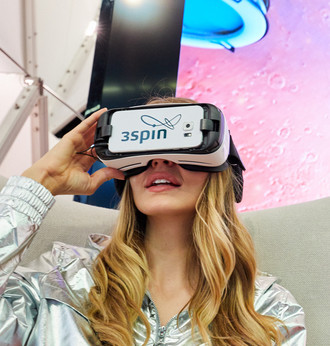 Focusing on the city

On May 14, Techtextil 2019 opens for business. And this year the trade fair has chosen “Urban Living – City of the Future” as its special theme.