The Squash: Sham or show?

With her installation “The Squash”, Anthea Hamilton lays tiles through part of the Tate Gallery and incorporates a squash-like character who frolics in the space.
by Silke Bücker | 5/8/2018

Once a year, young artists are selected by the Tate Britain Commission, supported by Sotheby’s auction house, to present a work in the heart of the Tate Gallery, the “Duveen Galleries”. The results are supposed to represent a refreshing contrast to the rather more classic exhibits for which the museum is world-famous. This year Anthea Hamilton, who was nominated for the Turner Prize in 2016, brings her ideas to life at the Tate.
The setting for the installation “The Squash” is formed by more than 7,000 white tiles, which extend across the floor and are arranged as a sofa, pedestal, bathtub and a kind of altar in the form of a plunge pool. It is initially a disconcerting yet coherent contrast to the opulence of the neoclassically designed building: clean and neutral, indeed almost sterile. It’s the perfect stage for the protagonist the British artist has developed for her concept, who will enliven the scene for a period of six months, appearing in ever new forms. The backdrop and counterpoints for the performance art are the organic forms of the stone sculptures by artists such as Frederic Leighton, Arnold Marchin or Jean-Robert Ipoustéguy, part of the exclusive Tate Collection.

With the help of her fellow countryman J.W. Anderson, fashion designer and creative director at Loewe, Anthea Hamilton designed seven colorfully eccentric costumes for her character, which illustrate the forms, colors and textures of squashes. The signature piece here is the head, or rather the fully enclosed mask: in the form of a butternut squash. It functions as the stereotypical element. The nature of the expressions and actions of “The Squash” are determined freely by the collaborating performers. The idea is that scope remains for the development of spontaneously motivated stories – interaction with the set, the sculptures and the audience. Anthea Hamilton drew inspiration for the piece from the work if French writer and director Antonin Artaud, who examined the “memory and physical awareness” of images from his own Surrealist point of view. With “The Squash”, Hamilton creates a counterpart in corporeal form – a concept that is duly complex across visual and narrative levels. The artist developed each interpretation of her work from the idea of a photograph she found, the real correlation of which is not known, however. We viewers are encouraged to develop our own pictures of the story, motivations, and ultimately the message behind the character. The humorous way in which Hamilton and Anderson have tackled this intellectualized topic makes the exhibition a piece of contemporary pop culture that is well worth seeing. 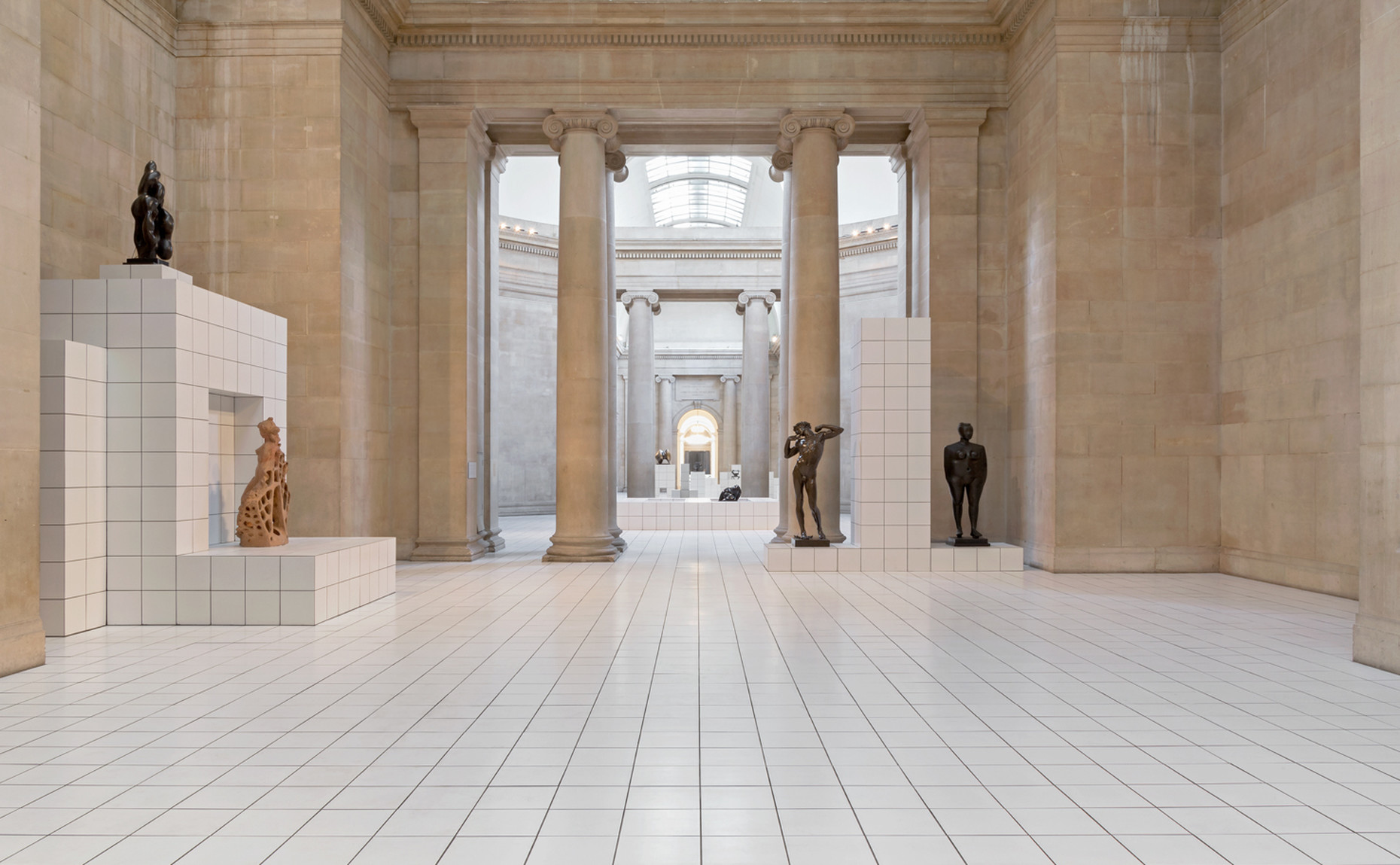 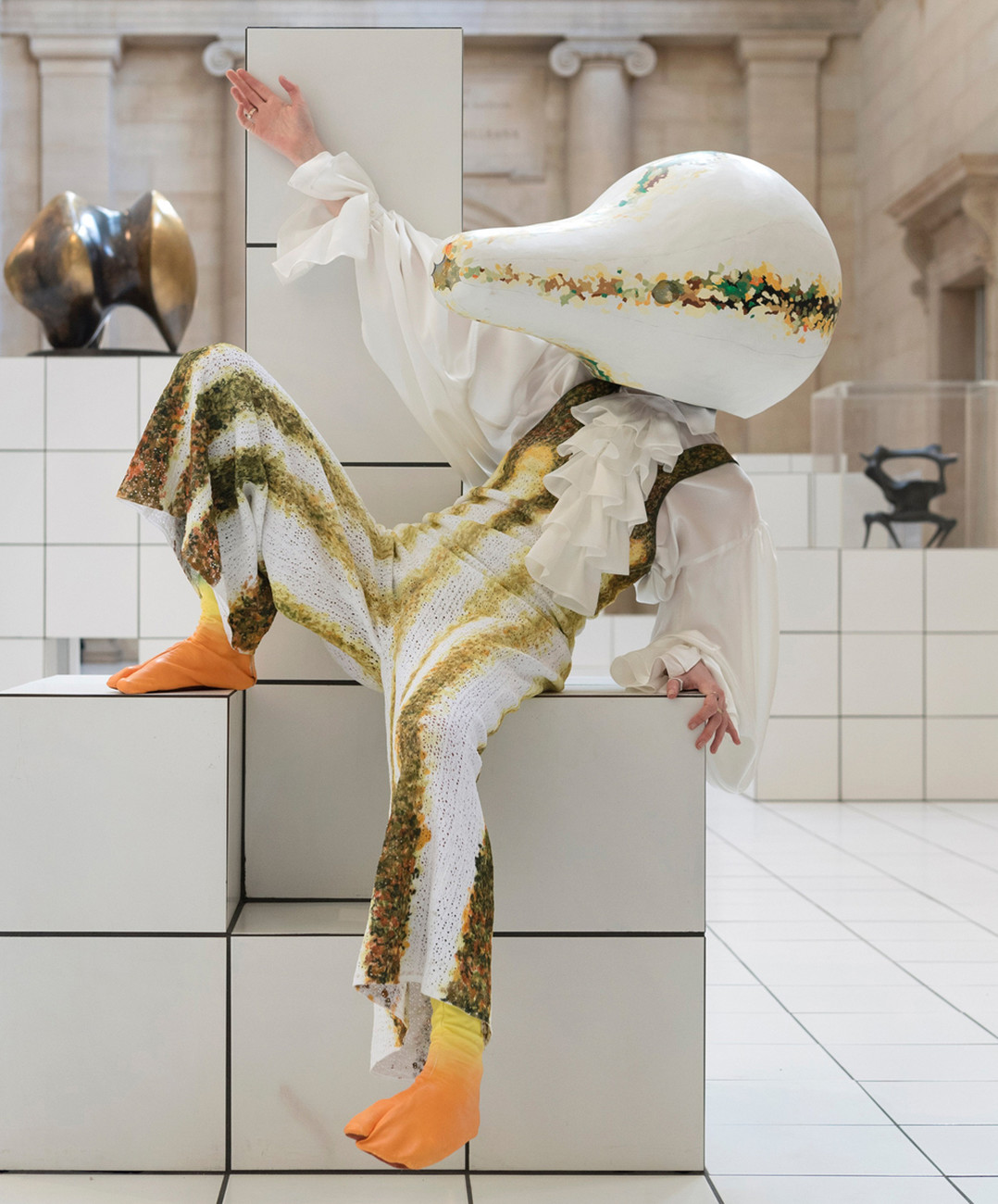 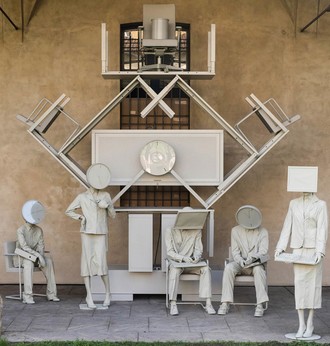 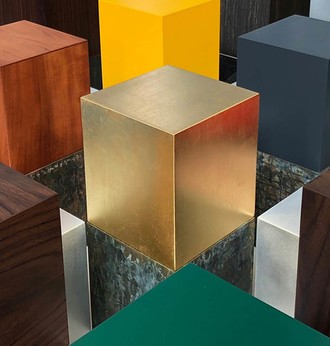 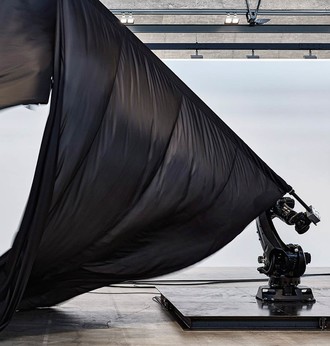 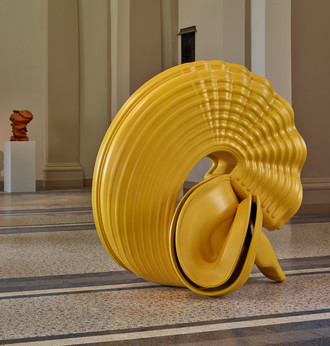