One of the greatest classic furniture items is experiencing a highly moving innovation in the “S 64 Atelier”: Christophe Marchand has transformed Marcel Breuer’s famous cantilever seat into a swivel chair.
by Markus Hieke | 6/18/2019

It takes much more than a timeless design to qualify as a true classic object; the latter is characterized by the fact that when it was created it had an extraordinary impact on the design world. A prime example would be the series of cantilever chairs produced in the late 1920s by Dutch architect and designer Mart Stam. Not only was a new typology born, but also a new look that continues to be very popular today.

It was under Mart Stam that in 1928 Marcel Breuer designed the “S 64” armchair, which served “to forge the link from Thonet’s bentwood tradition of the Wilhelminian era to 20th century Modernism,” as Thonet asserted – it produces the item to this day. And another typical feature of a classic object is that it can potentially be modified at any time to adapt it for new uses. In this instance it was Swiss designer Christophe Marchand who accomplished this task while respecting the original design. Now Thonet has assigned the chair a new function under the apt name “S 64 Atelier”: Equipped with a central leg and castors the version presented this year can also be used as a working chair. As early as 1935 Breuer had conceived tubular steel chairs with a swivel frame for the Thonet-tubular steel catalog – as such its new use in a home- or regular office makes perfect sense.

“S 64 Atelier” comes in a classic model with wooden frame and a cane wicker seat plus supporting mesh or an upholstered version covered with leather or fabric. For the five-star aluminum base and the tubular steel chrome-plated or powder-coated versions are available. The wooden parts for the frame and the armrests are made of stained beech. 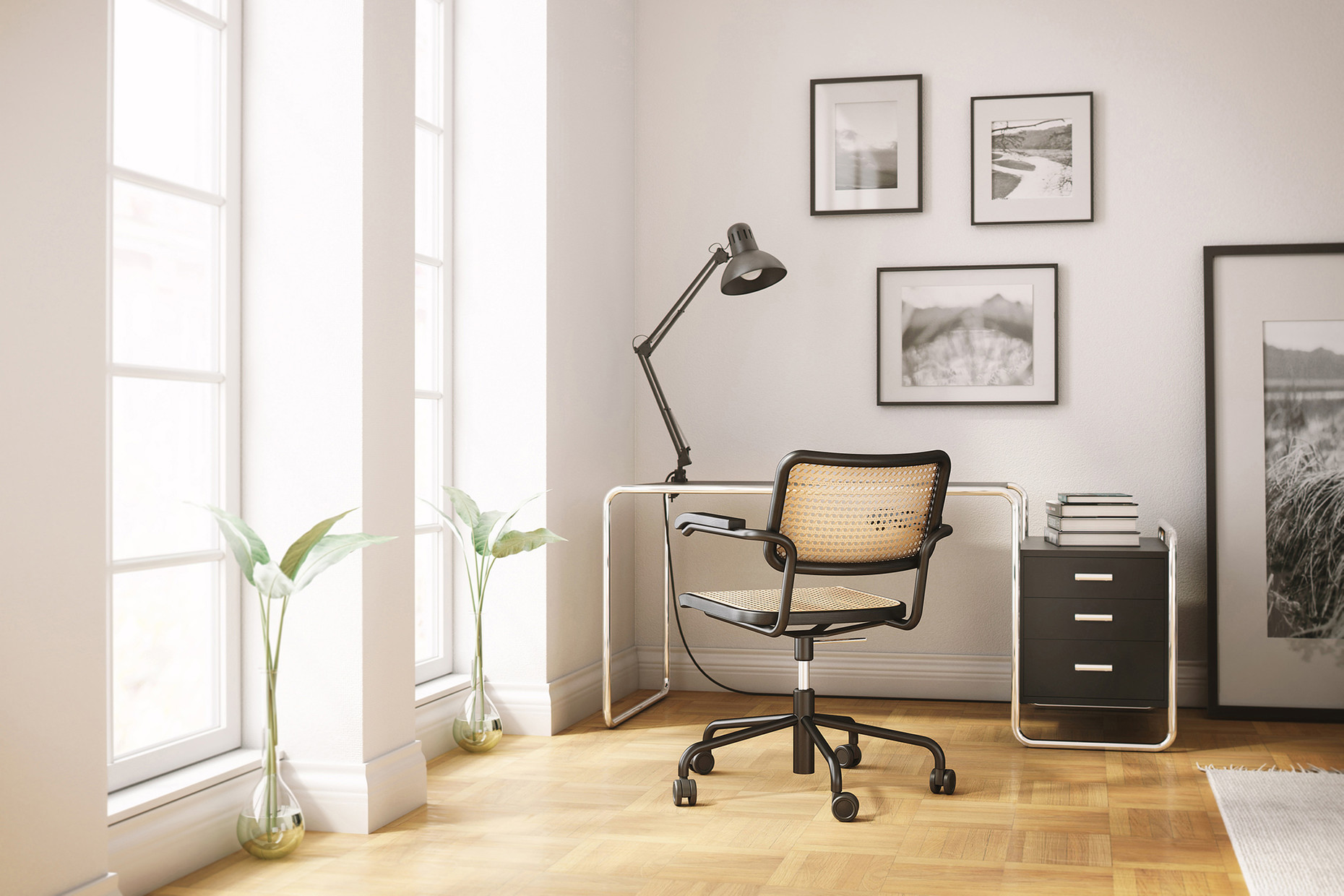 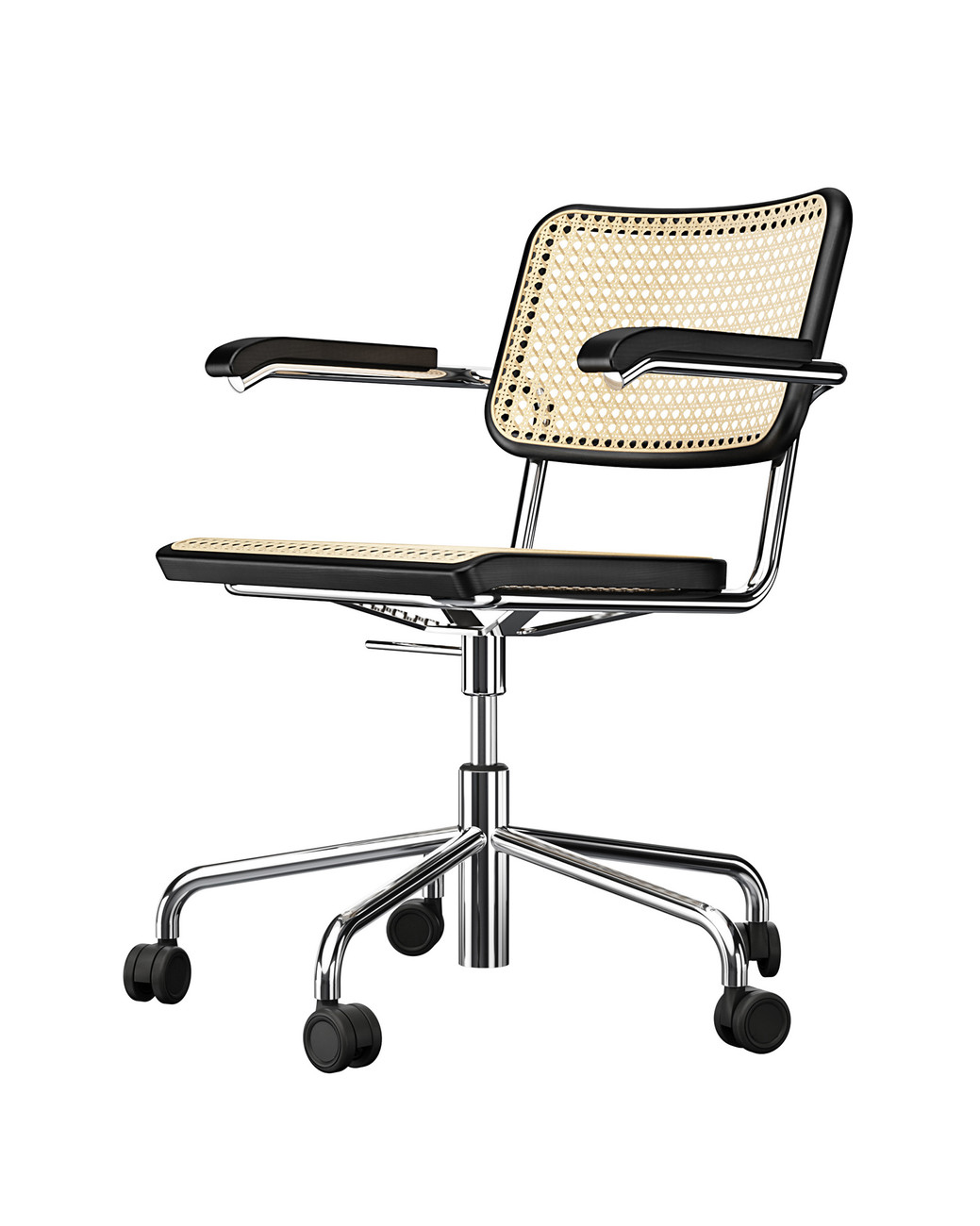 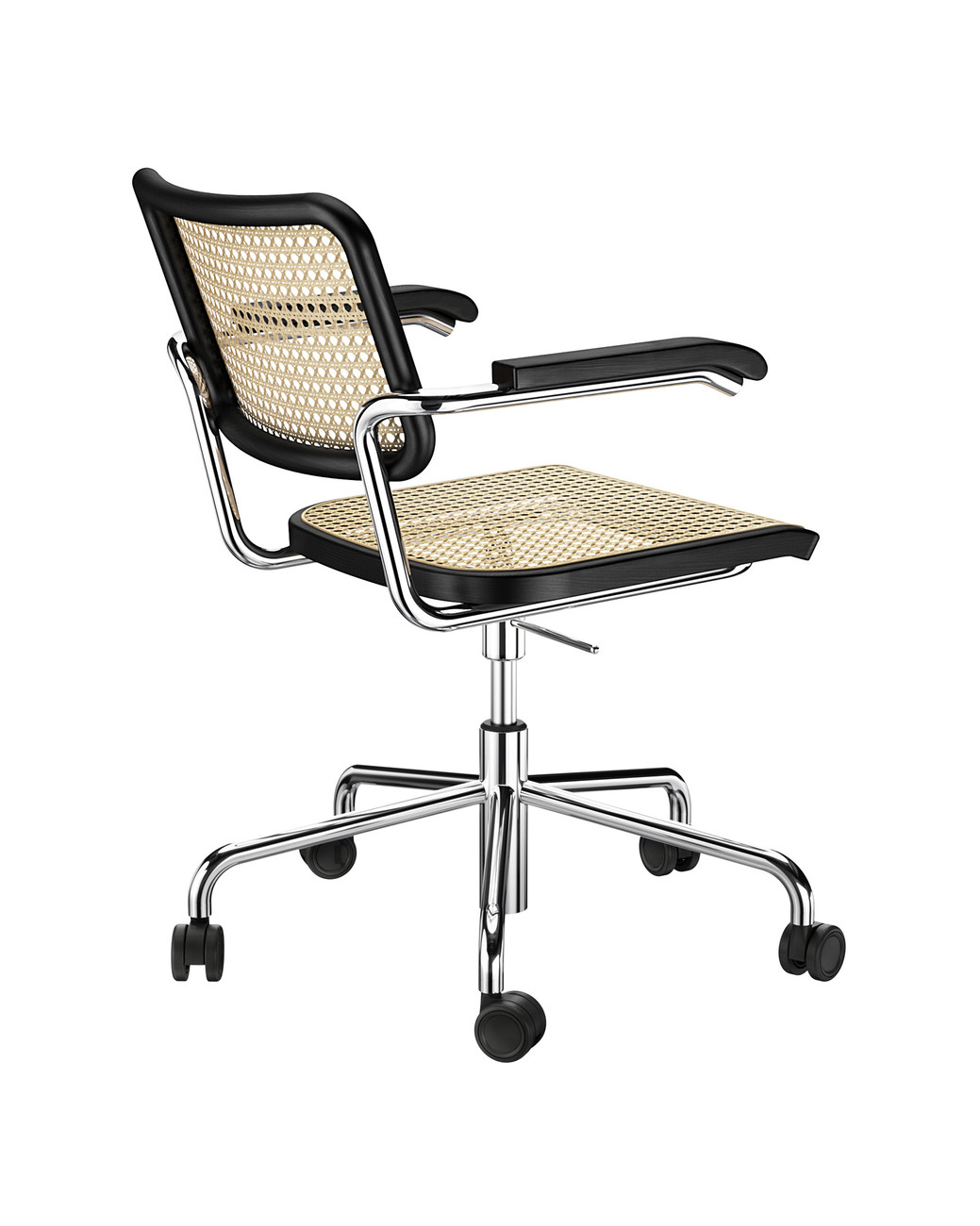 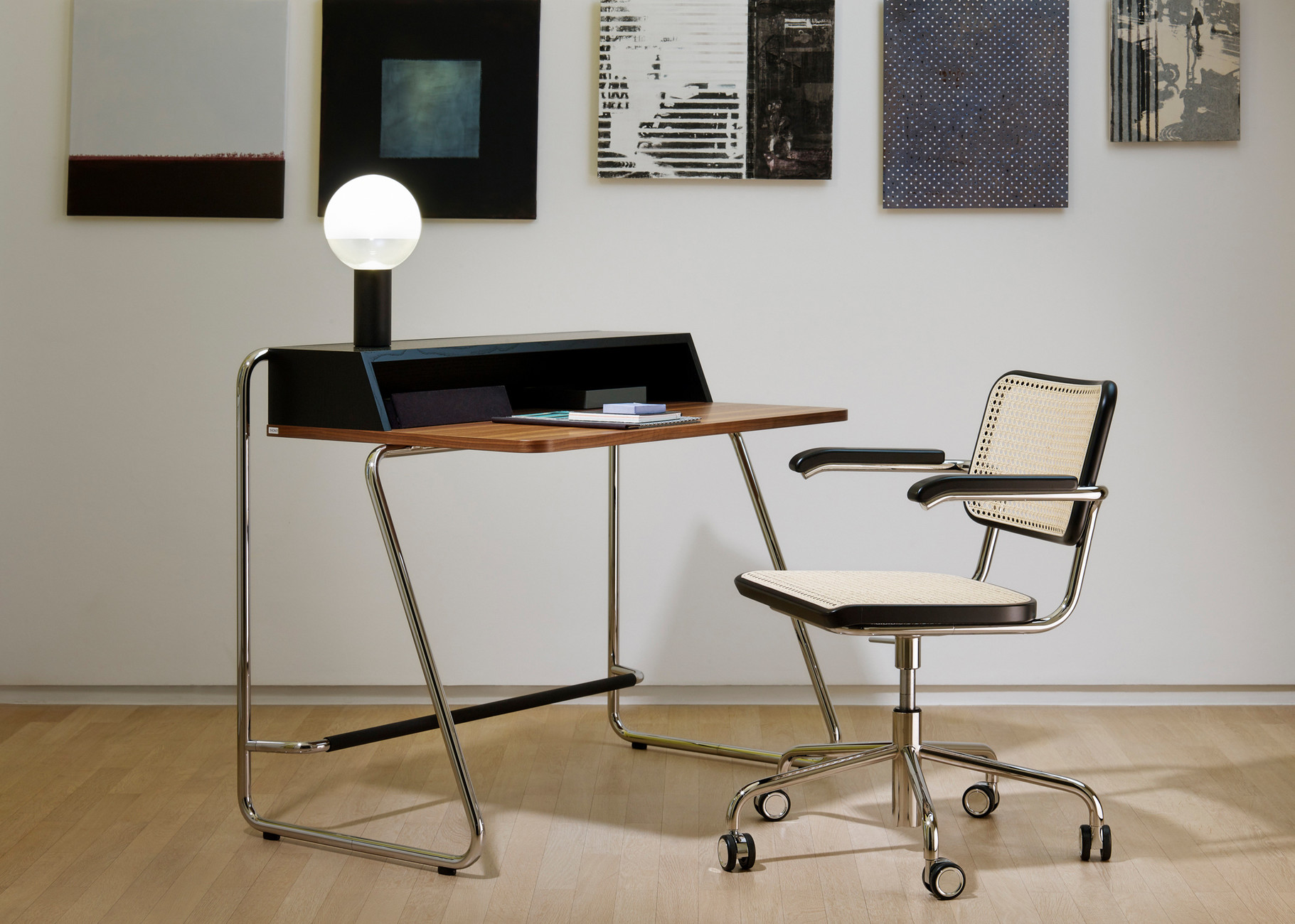 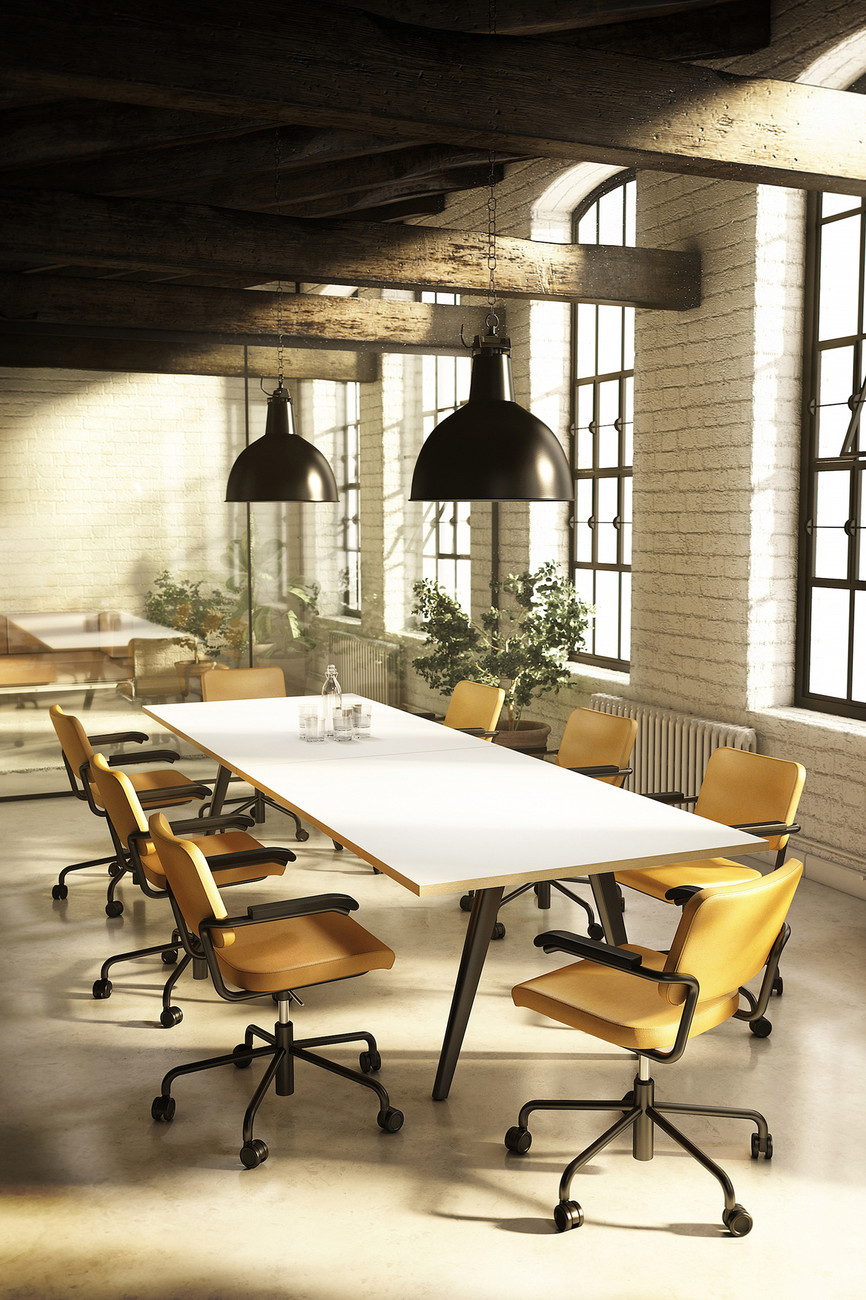 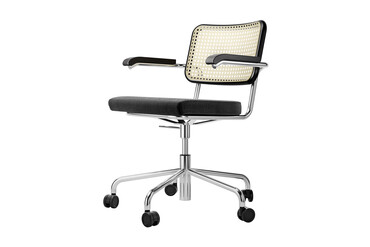 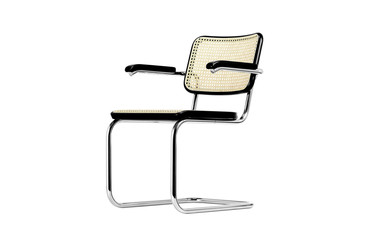 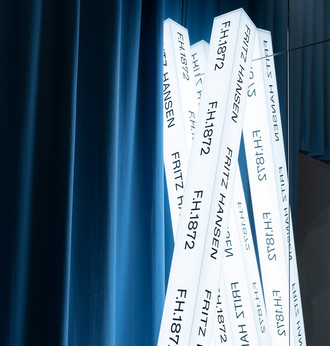 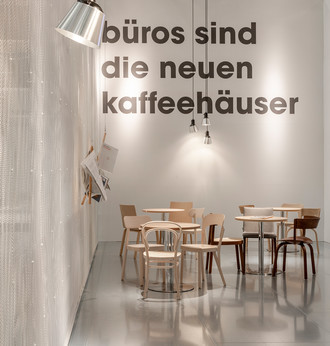 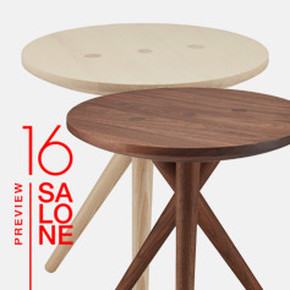 There can certainly be no talk of tubular steel here.

Working from home – a convenient alternative in today’s networked age. Working at the dinner table or cram heavy-duty desks is not necessary – considering the abundance of small, delicate, readily movable and well-designed alternatives. We present the best choices.
Advertisement