Guillaume Van Moerkercke has created open, light-suffused premises for graphic and web design practice Wisefools in Ghent. One of the components he used was "Unilin Evola Essential Oak Natural" by Unilin Panels.
11/22/2021

"In an open office, playing with light, material and color is an art form guaranteed to ensure a feeling of security." This is how interior architect Guillaume Van Moerkercke of Wave of Engagement explains the design he came up with for Wisefools, a graphic and web design practice based in Ghent. With this in mind, he transformed the interior of what was at one time a factory building into a modern working environment where old and new sit side by side in harmonious contrast with one another. To this end, the "Unilin Evola Essential Oak Natural" panels by Unilin Panels from their "Unilin Evola Collection" were used. The starting point for the design was the clients’ requirements for a flexible office space with as much light as possible. However, despite the brief’s stipulation of an open-plan space, the design consists of different kinds of workspaces and can be extended easily.

Van Moerkercke’s solution was a spatial concept that plays with light and shade: "Walls have been omitted to help create a sense of openness, but we’ve also built new elements in the form of cabinet walls to ensure privacy. The aim was an open office, and the only place in which you can isolate yourself is the meeting room." To achieve this, the interior architect made clever use of the existing light situation by structuring the office spaces depending on how much daylight they received. Accordingly, the individual work areas under the old factory building’s large, partly glazed roof have been spread out like bodies in space, which are composed of seating niches, desks, work surfaces and storage space.

They are additionally divided up into lighter and darker zones, as Van Moerkercke explains: "There is a lot of light exposure in the office, so we played around with this in the design. The areas into which the sun shines have been given wooden furniture finished with the Unilin Evola Essential Oak Natural with a white background. The darker areas, where the sun never reaches, have been given wooden decorative panels and light-gray furniture. This helps to create a reverse effect between the two sections of the office and separate spaces without having to build walls."

The "Unilin Evola Essential Oak Natural" panels used for the wooden furniture look and feel like oak but, at the same time, are as easy to clean, color-fast, and as robust as melamine and high-pressure laminate. 100 percent recovered wood was used in the manufacturing process, for which Unilin Panels specially developed an advanced sorting and cleansing process. On top of this, the panels, as well as the entire "Unilin Evola Collection", can be easily combined with any type of base plates such as MDF or particleboard – a fact that the interior architect took advantage of to create restrained zones that not only meet the customer’s requirements but also represent the expression of Wisefools’ corporate identity. This is something that Van Moerkercke agrees with: "In the end, the final interior has everything that Wisefools asked for, but we managed to develop the idea in a different, more creative manner." 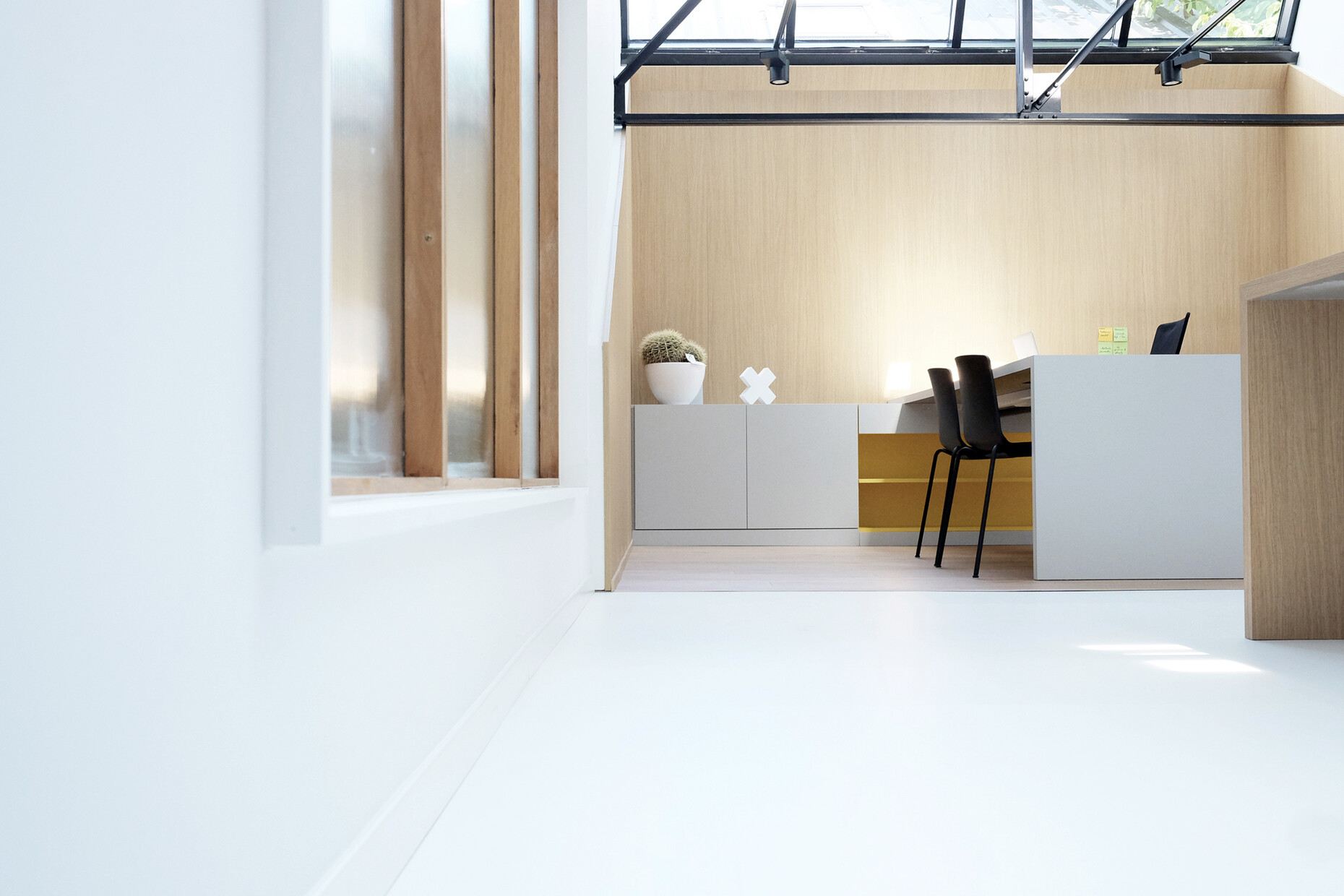 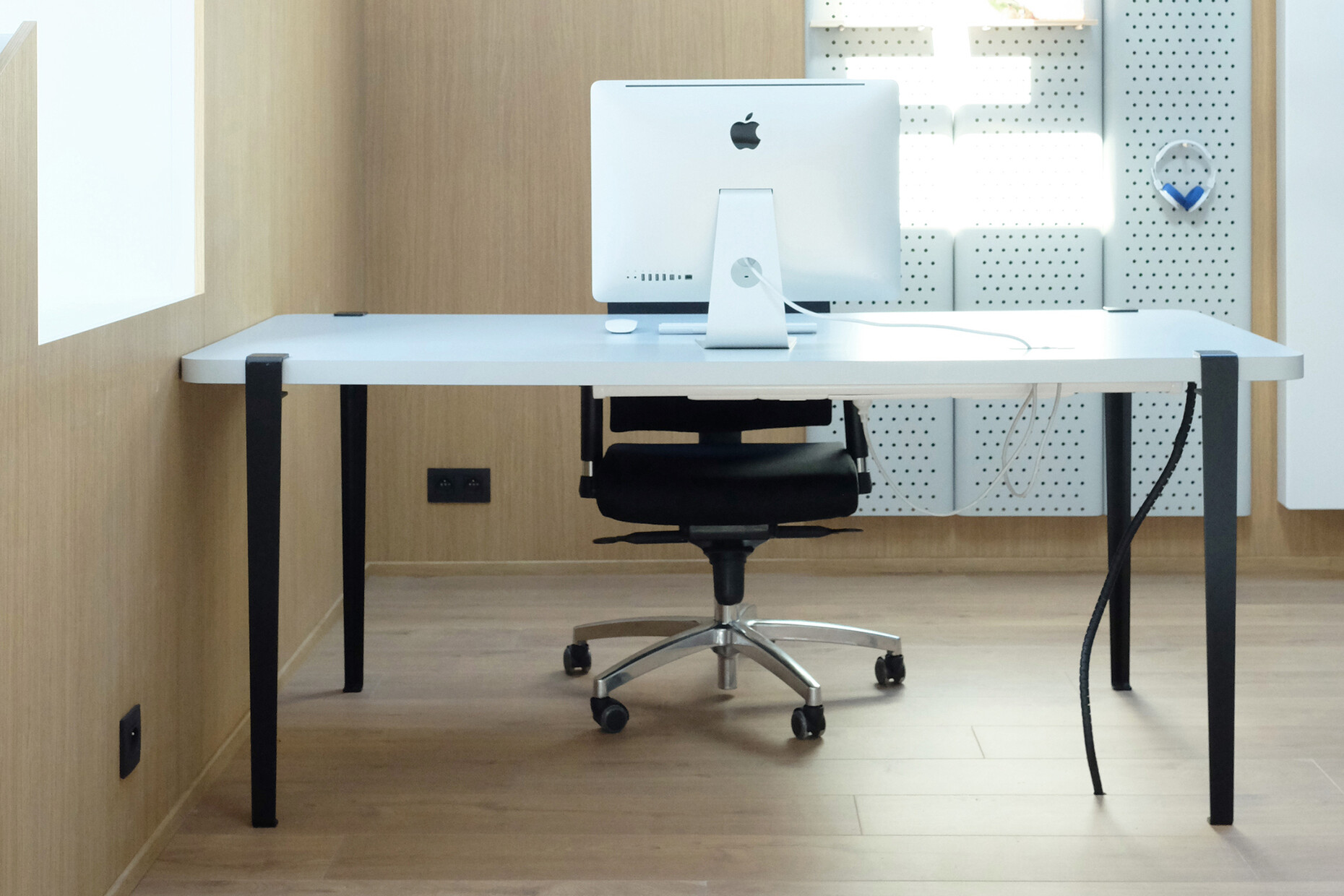 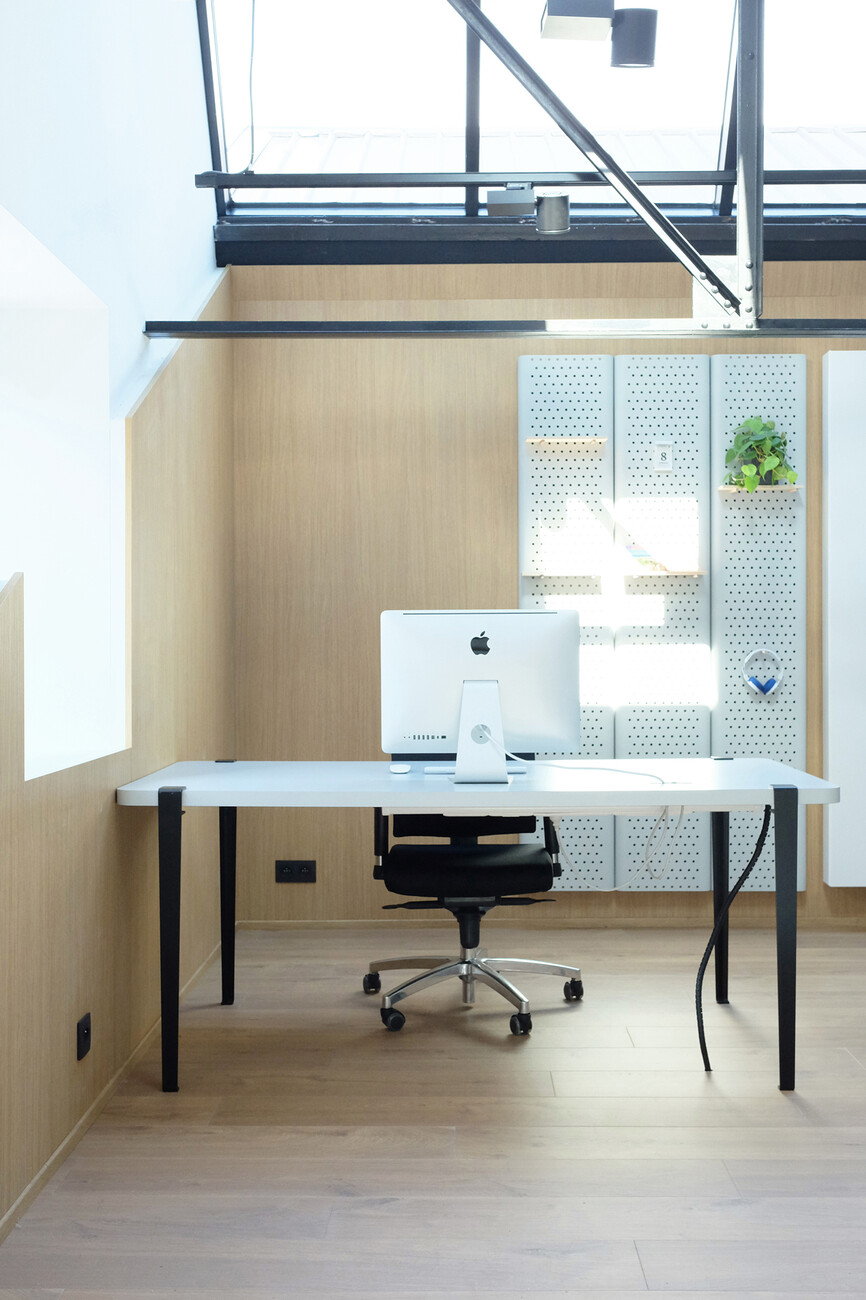 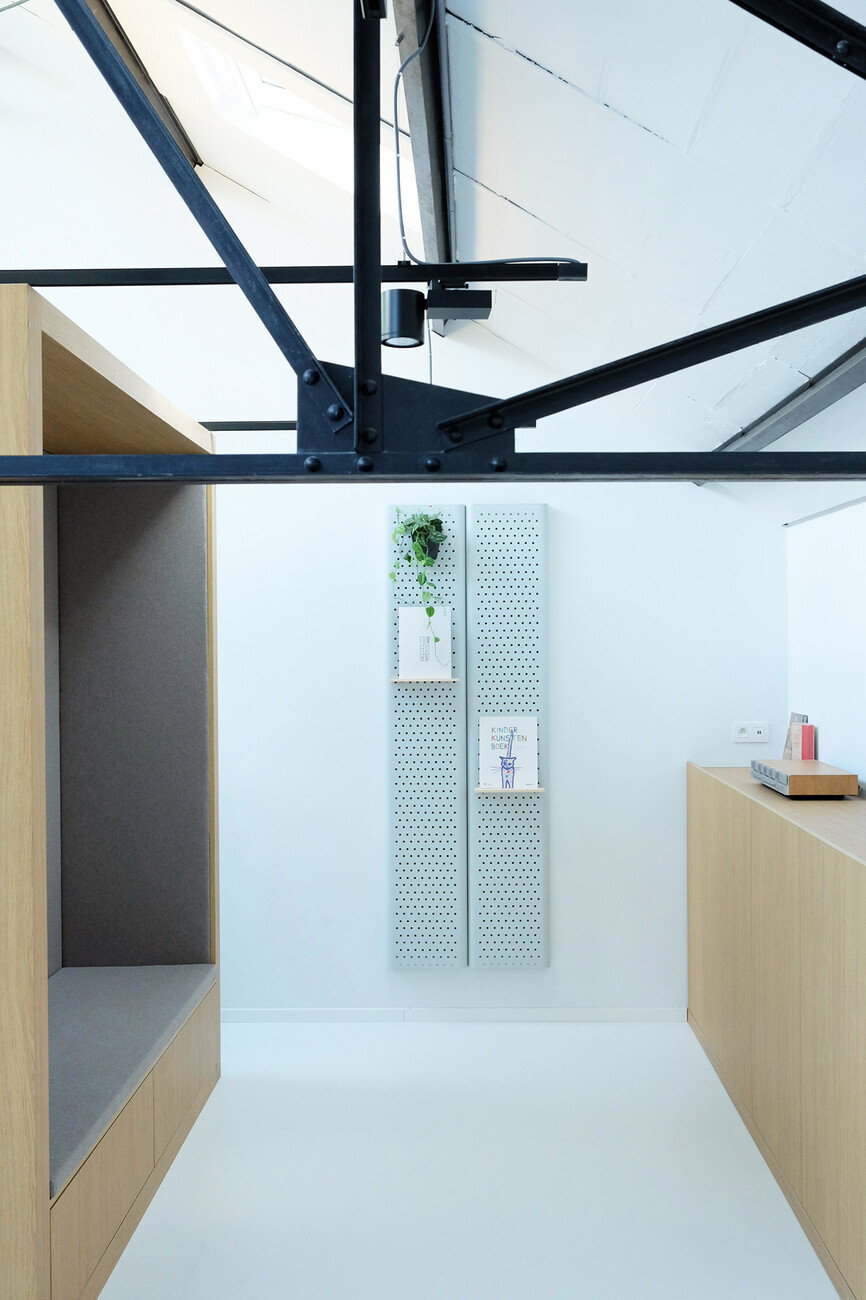 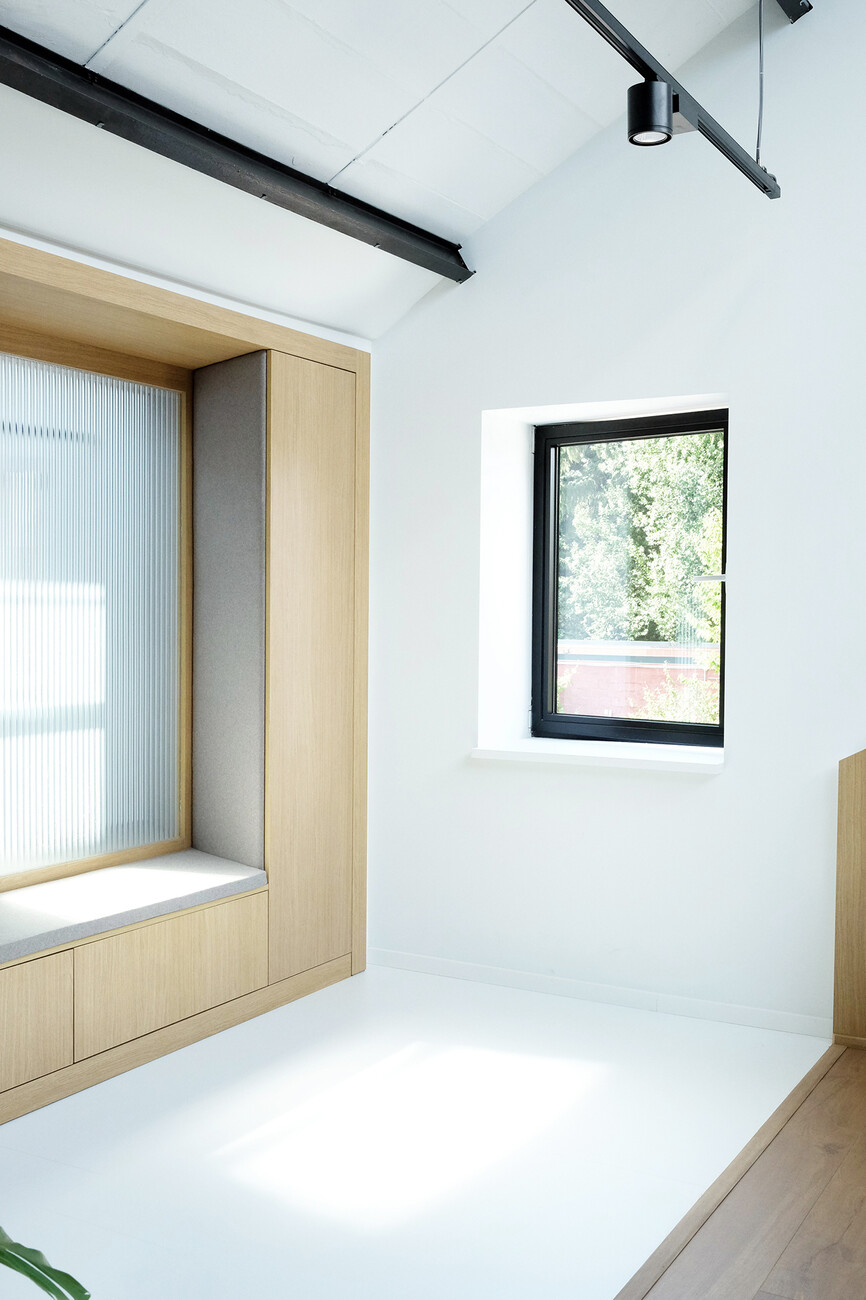 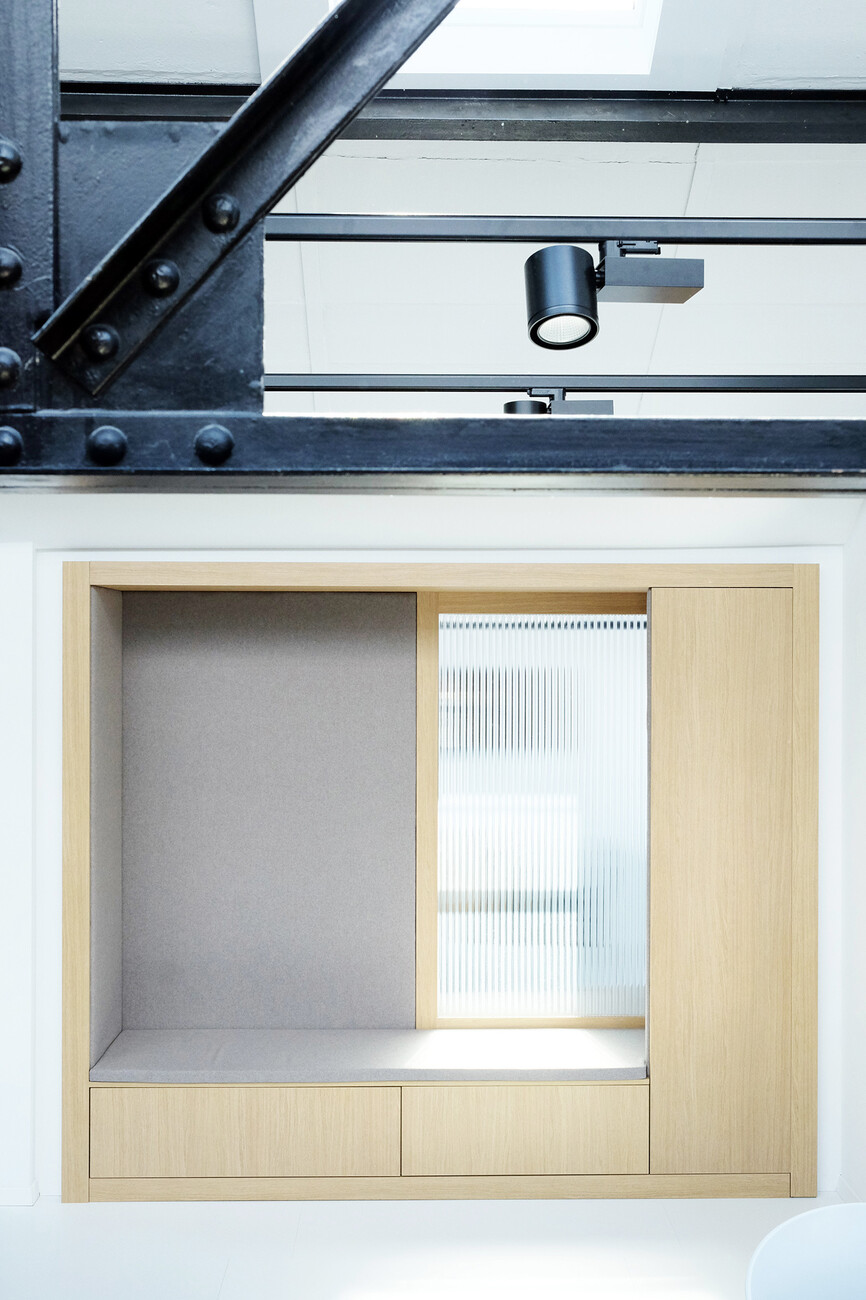 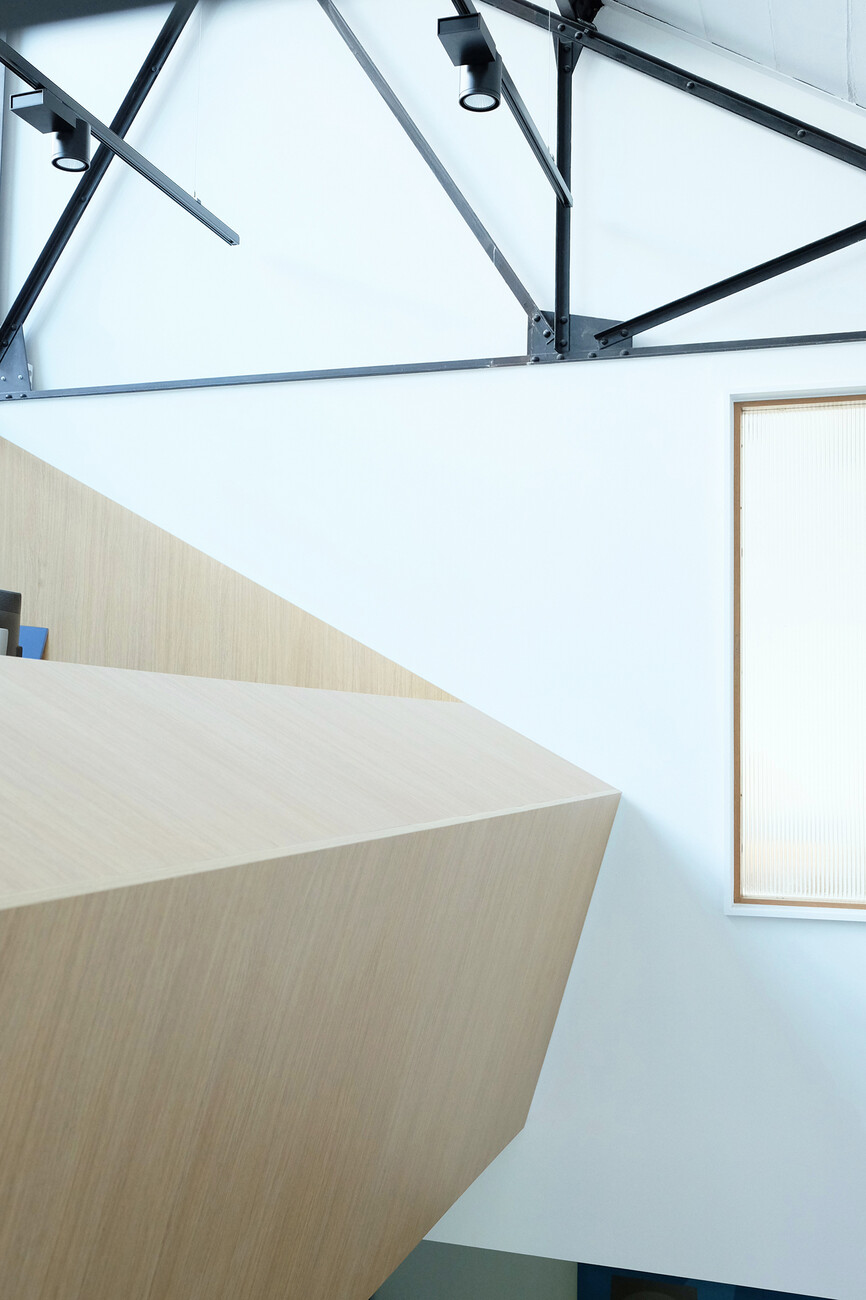 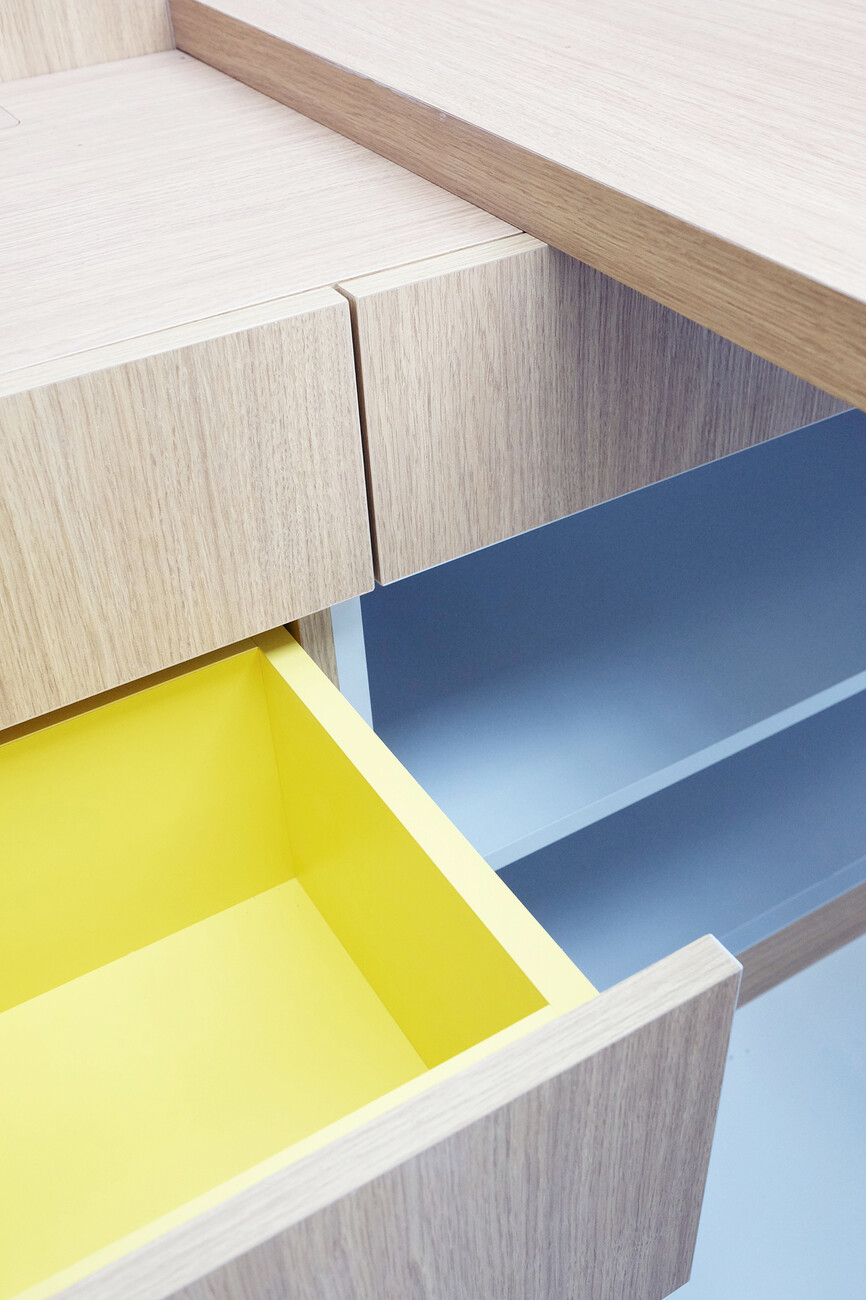 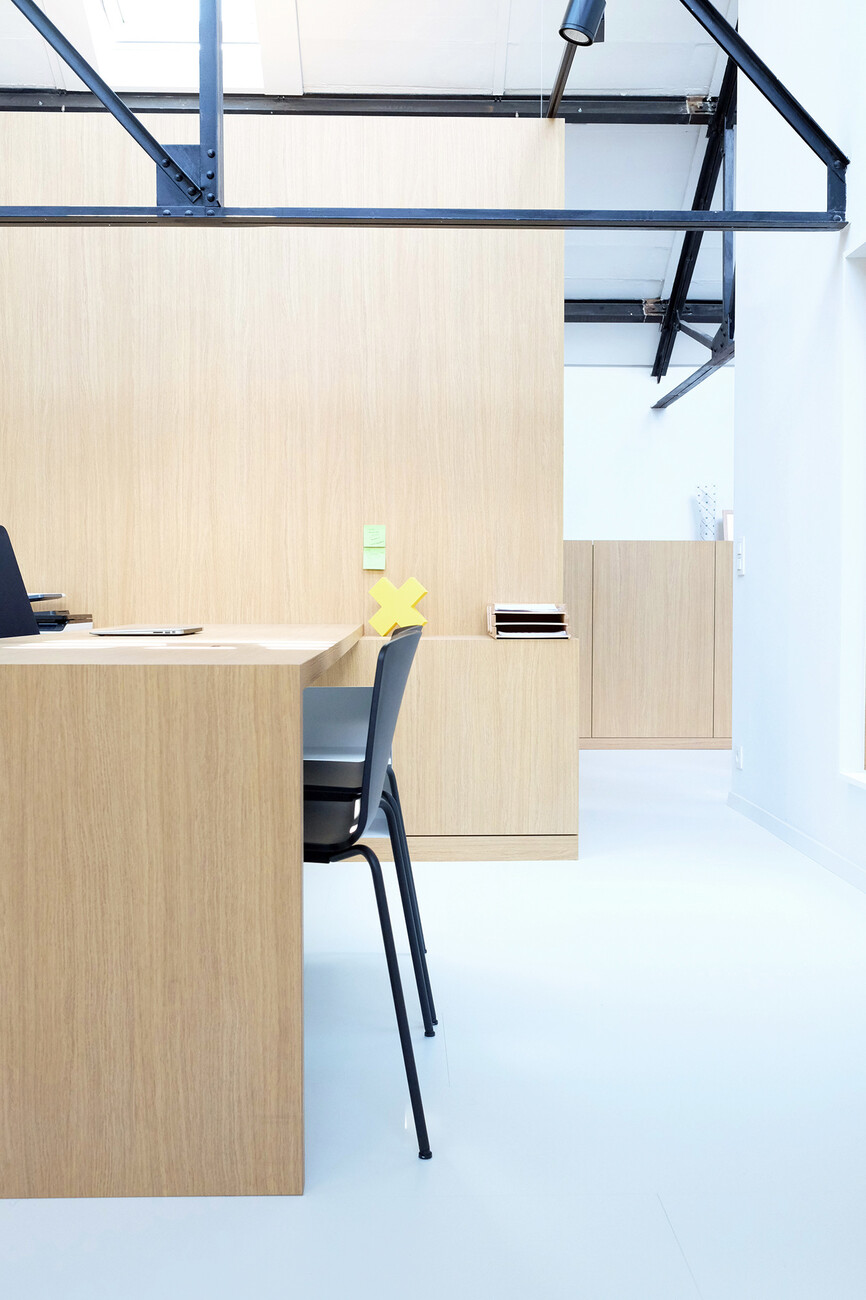 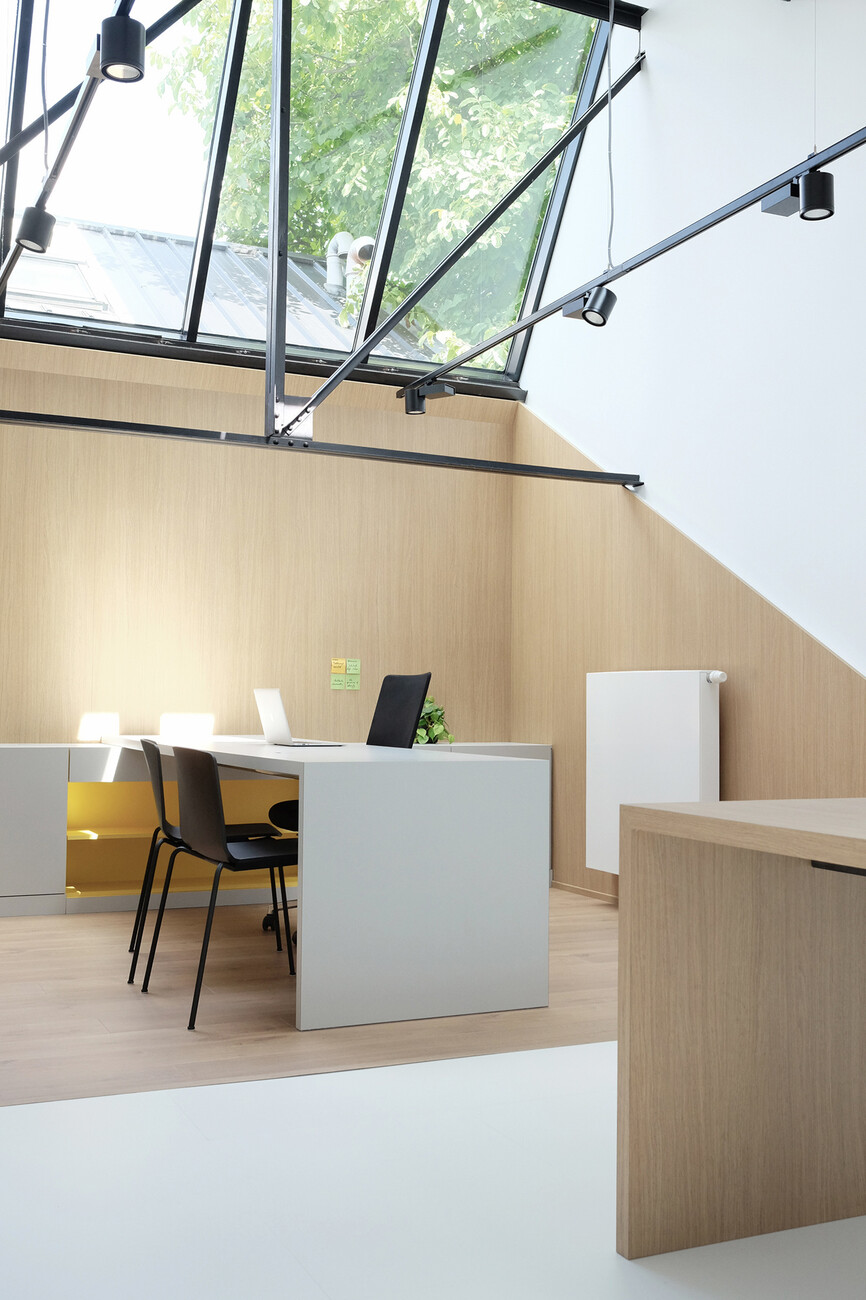 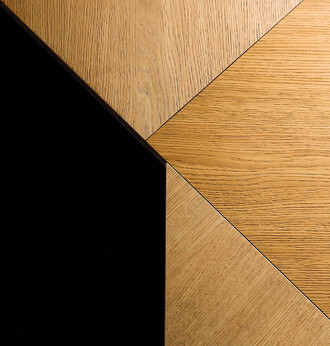 Better than the original

In the form of "Master Oak", Unilin Panels is offering high-quality decorative panels of recycled wood that add a robust quality to the natural look and feel of oak. 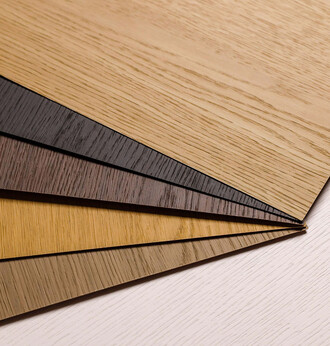 It looks like pure oak, but it's not: Unilin Panels develop decorative panels that offer the homely feel and look of the natural material but are more robust and easier to clean.
Advertisement