Stefan Diez joined forces with Wagner Living to further develop the Dondola seat joint and incorporate it into the range of D1 swivel chairs. The result appears lightweight and firmly puts the emphasis on function.
7/10/2018

Anna Moldenhauer: Stefan, given the key focus of “four-dimensional sitting”, what, for you, lies behind this idea in relation to the new Dondola seat joint you developed?

Stefan Diez: For Wagner, the fourth dimension refers to a freedom of movement that has not been seen before in synchronizing mechanisms. In contrast to the first-generation Dondola joint, with the D1 we decoupled the movements, so the back moves independently of the seat, meaning that several different axes are at work. To enhance it, we thus linked the comfort of the synchronizing movement process of the backrest and the seat surface to the movement pattern of the Dondola joint. That was also the major challenge we faced with the D1 project: combining real comfort with the crux, namely mobile or flexible sitting.

How is this change manifested in the details?

Stefan Diez: Previously there were two steel plates in the Dondola joint, and between these was vulcanized rubber, so the plates were decoupled almost elastically. We drastically altered the construction and encased in it a sleeve that hides the two axes. This means there are no longer two plates lying opposite one another, but rather a case with a rubber element in the middle and two axes that push against the rubber. This way, each axis can move separately, and we have built a frame on each of the axes. And it’s to this frame that either the seat or the backrest is attached. Mechanically, this represents a challenge for the rubber element, which has to be pretty resilient. Well, that’s the theory anyway.

How does the D1 differ from the countless ergonomic office chairs already on the market?

Stefan Diez: I think our product is vastly different, because we have simplified it technically. The chair no longer has the classic office character. Depending on the cover applied to it, be it mesh or leather, it can also be used for living spaces. Actually, we didn’t focus on designing this swivel chair ergonomically at all, because optimum support of the muscles actually means they lose strength and thus causes tension. A purely ergonomic design has meanwhile been shown to be inappropriate. Now, we are trying to sit dynamically, which is quite the opposite.

So the D1 represents the end of the made-to-measure, rigid chair?

Stefan Diez: Yes, the aim is no longer just to create a comfortable chair, but rather one that supports you, but at the same time permits movement to ease stress on the spinal column. So no more head or armrests. Many of the previous models may be comfortable, because the body is supported entirely, but over the longer term you get tired because there is no scope for movement. Here, I am often reminded of Konstantin Grcic, who was very vocal in his criticism of overly comfortable chairs. And he wasn’t entirely wrong.

You have made the Dondola joint a clear visual focus in the development of the D1. What inspired this new visibility of the mechanism?

Stefan Diez: The task was to bring together the Wagner chair family with the help of a uniform product language, from the lounge chair to the standing support. If an element like the rubber joint in the D1 is crucial to the design, then it needs to be central and not an arbitrary design element. It’s obvious really, to place the component that makes the whole thing special at the center of the design.

Why did you decide to opt for a textile mesh cover only for the time being?

Stefan Diez: I think Wagner wanted to create an iconic piece of furniture. This included a material that you connect with this stool, and that makes sense to me too. The mesh version is transparent and clear, and the focus remains on function. There are ideas for other coverings, of course, such as leather, fabric, or upholstery. We’ll experiment with them further down the line.

When I look at this chair, it appears to be stripped of all the unnecessary frills. Was that the idea of the development for you – to rethink the whole concept of a chair?

Stefan Diez: Yes, most definitely. The office chairs of the 1950s just had one seat, a “swivel base”. The swivel element was what defined the chair as an office chair. Sometimes you could adjust the height or incline of the backrest, but that was all mechanical. From this very simple concept, a few very iconic chairs emerged. Everything you add to this makes the whole thing more complex and also harder to comprehend. That’s why we think it’s liberating to say that the D1 is not defined by crazy armrests, a peculiarly shaped spline or a 3D fabric. That’s the advantage when you fundamentally rethink things – you just don’t need all the accoutrements any more. The embellishment becomes superfluous and the vision remains focused on the essentials.

So, in your opinion, less is more?

Stefan Diez: Yes, I am a fan of the principle of minimalism. On the one hand, this means achieving a defined, predetermined level of performance with minimum effort. Behind this is a desire to create fascinating products primarily by putting thought into it and not through the use of materials, but also the promise of achieving the desired result with relatively limited use of resources. There must be a sustainable balance between the effort involved and the output.

The D1 replaces Wagner’s classic “Wirtshausstuhl” pub chair as its flagship product. This is quite a transition.

Stefan Diez: Yes, I think so too. It’s a big step for Wagner, but also for us. We place great emphasis on whom we work with on projects. I am happy to collaborate with companies like Wagner, which have solid foundations but are also inquisitive enough to ask what the next level would be. What would be a brand recognition factor? For us as designers, there’s virtually no better situation than this. I’m grateful for the project, because it explains very clearly how we work in the studio. And for Wagner, their development is visible in a tangible result.

Are you already working on the next generation, the D2?

Stefan Diez: Yes – we are satisfied with the way things stand, but at the same time we’re thinking ahead. That’s also the nice thing about dealing with an overall topic and not just with one individual design. The D2 already exists as a concept, and even as a prototype. In any case, it will again be a simplified version relative to the D1. But at the moment we’re continuing to develop the idea of the D1 as a range of chairs. 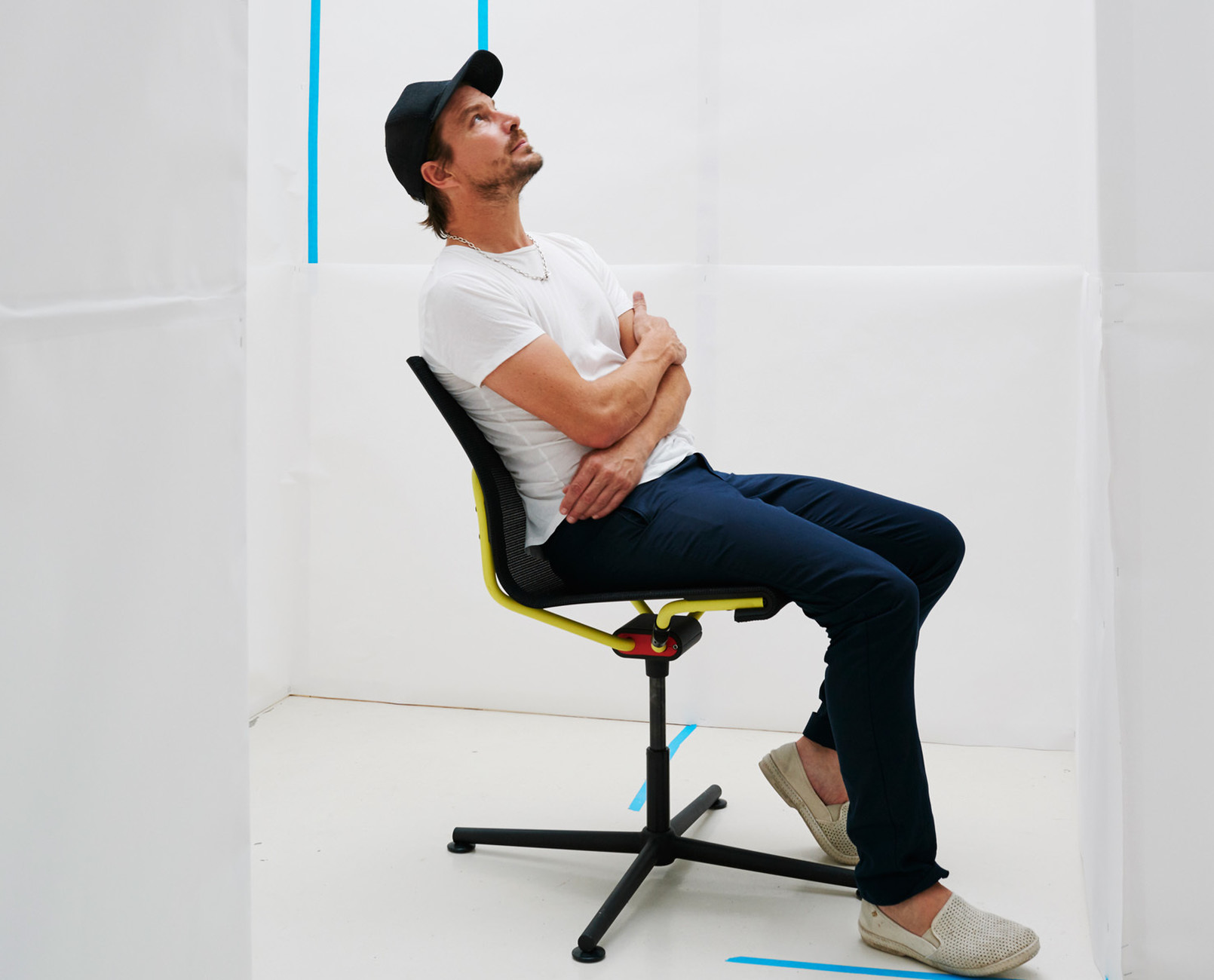 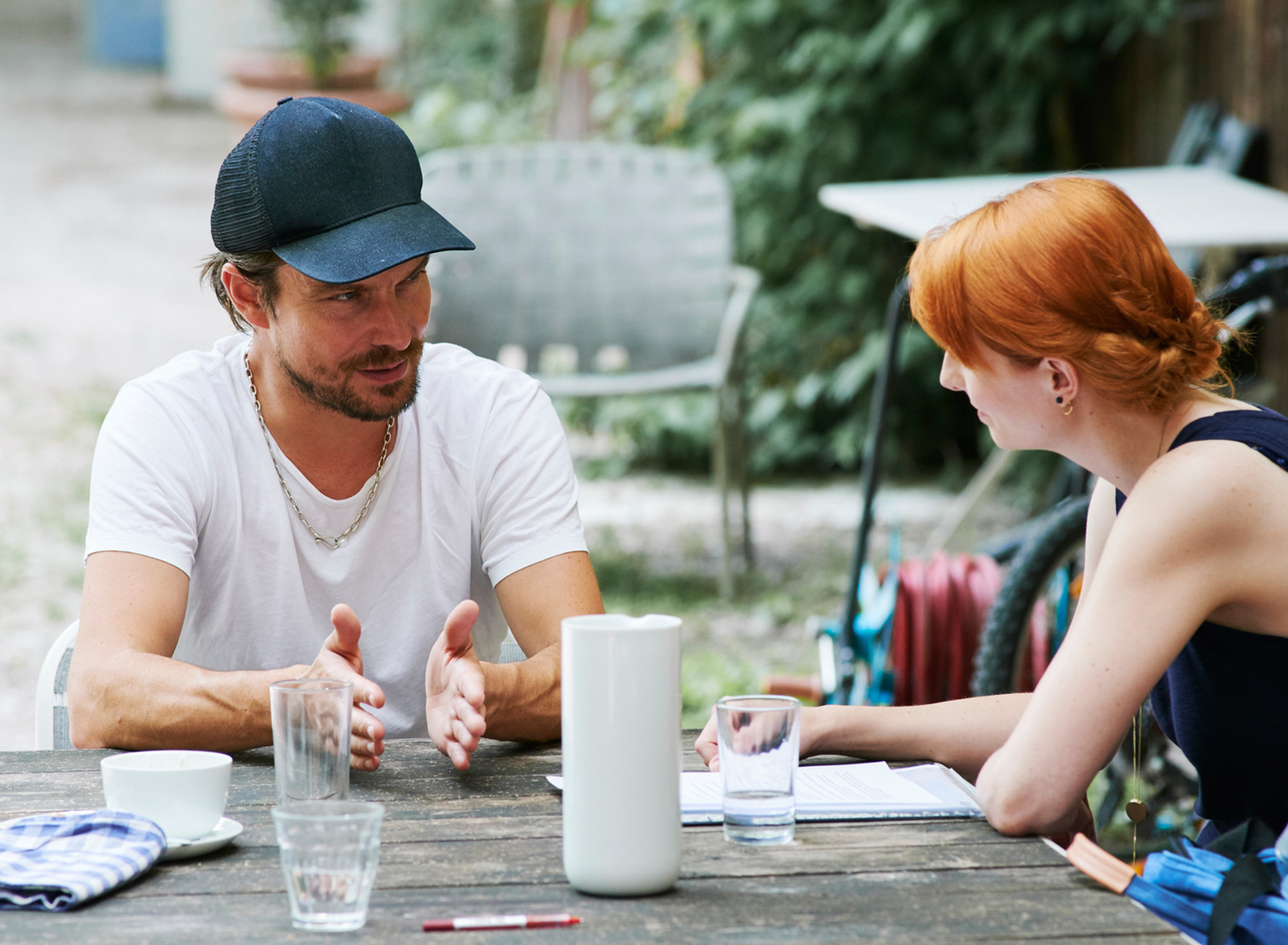 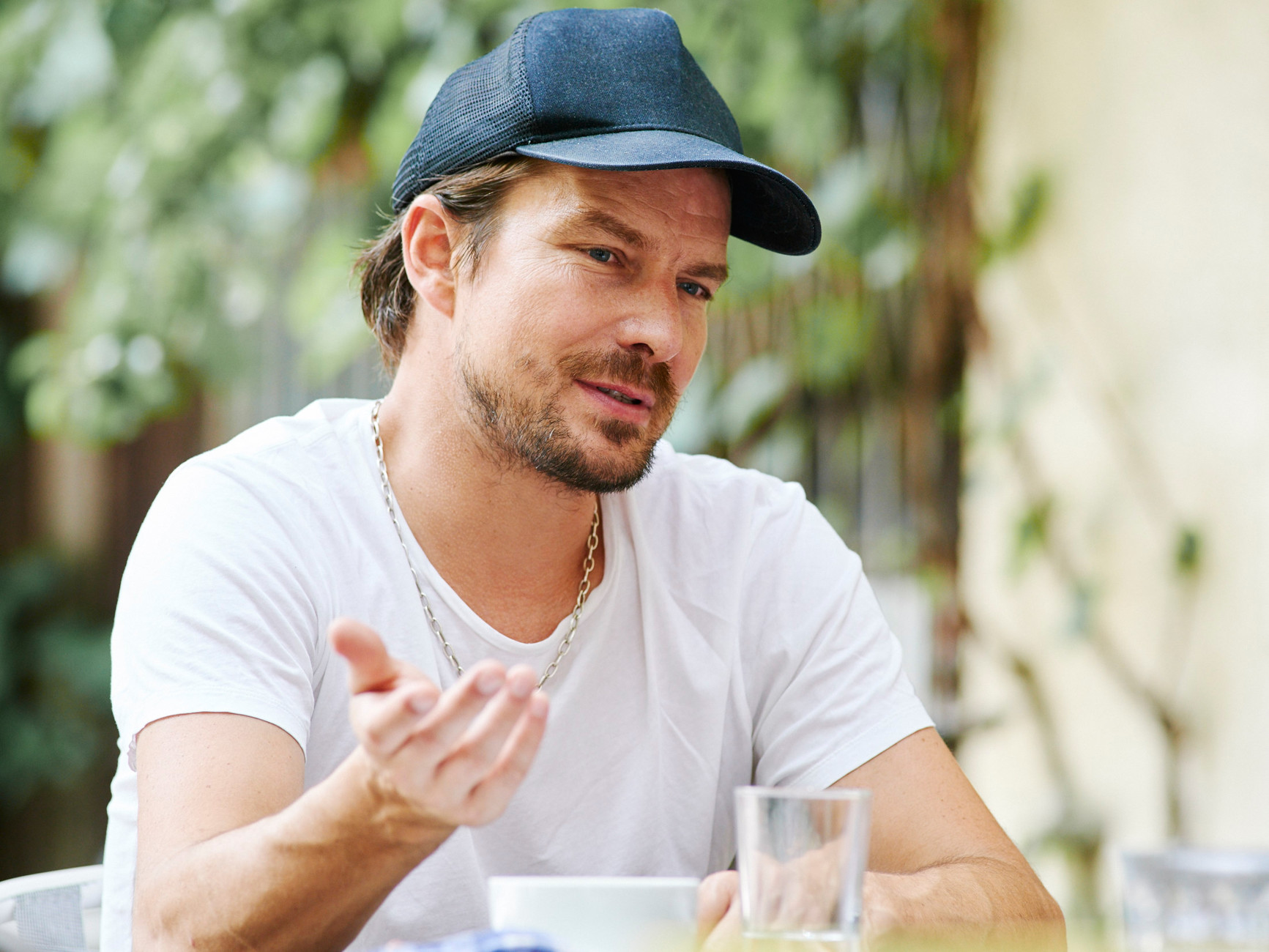 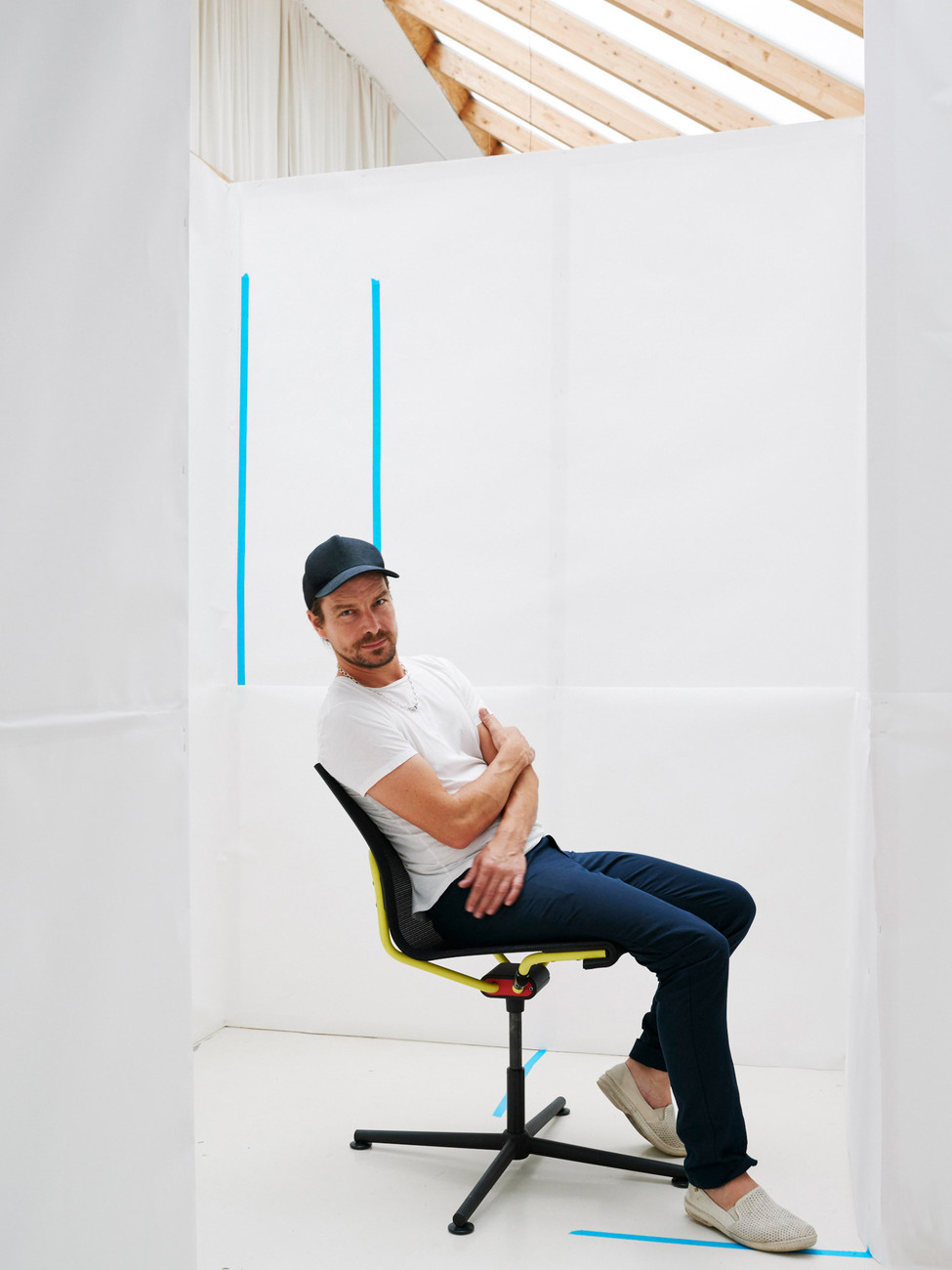 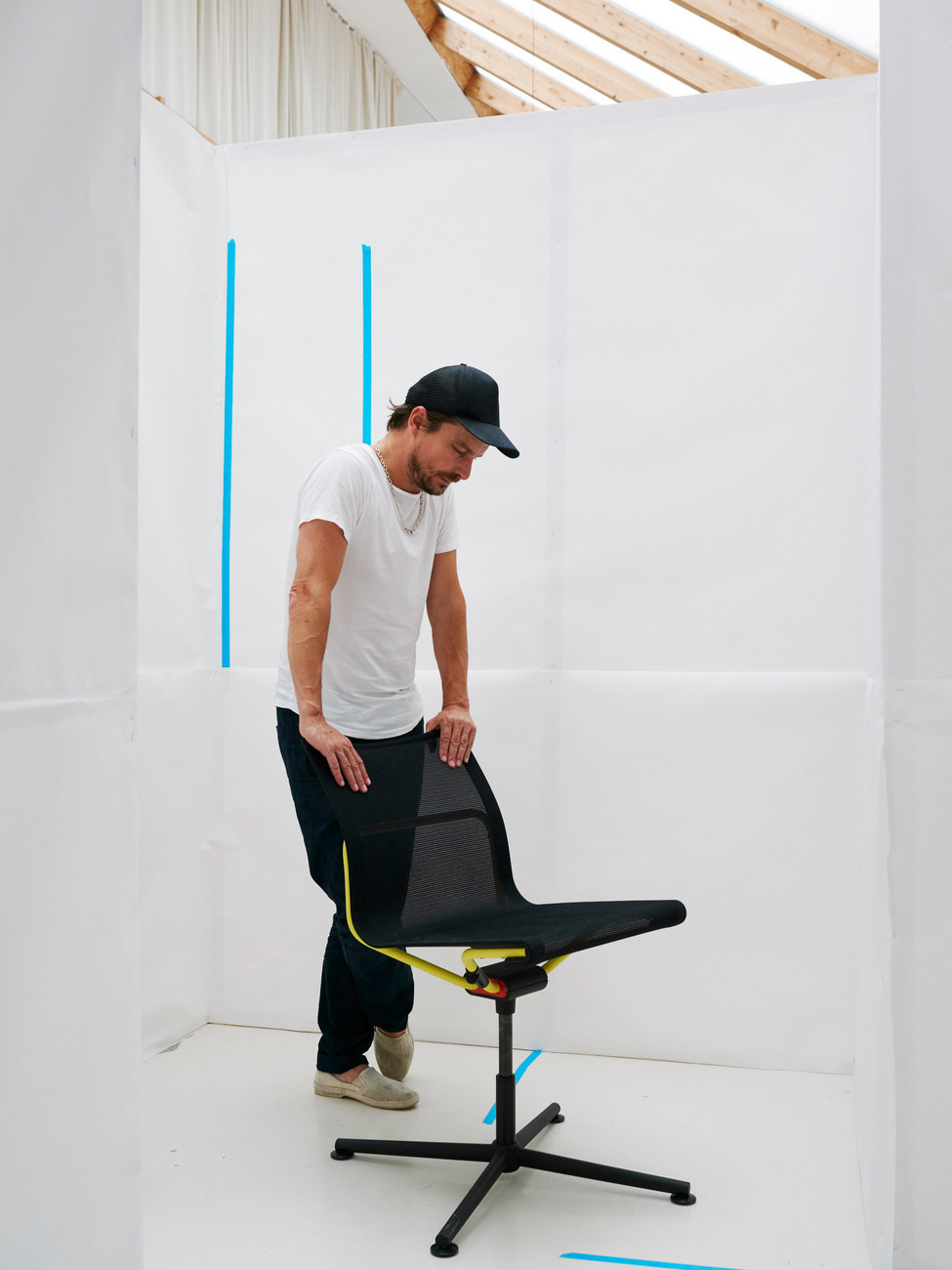 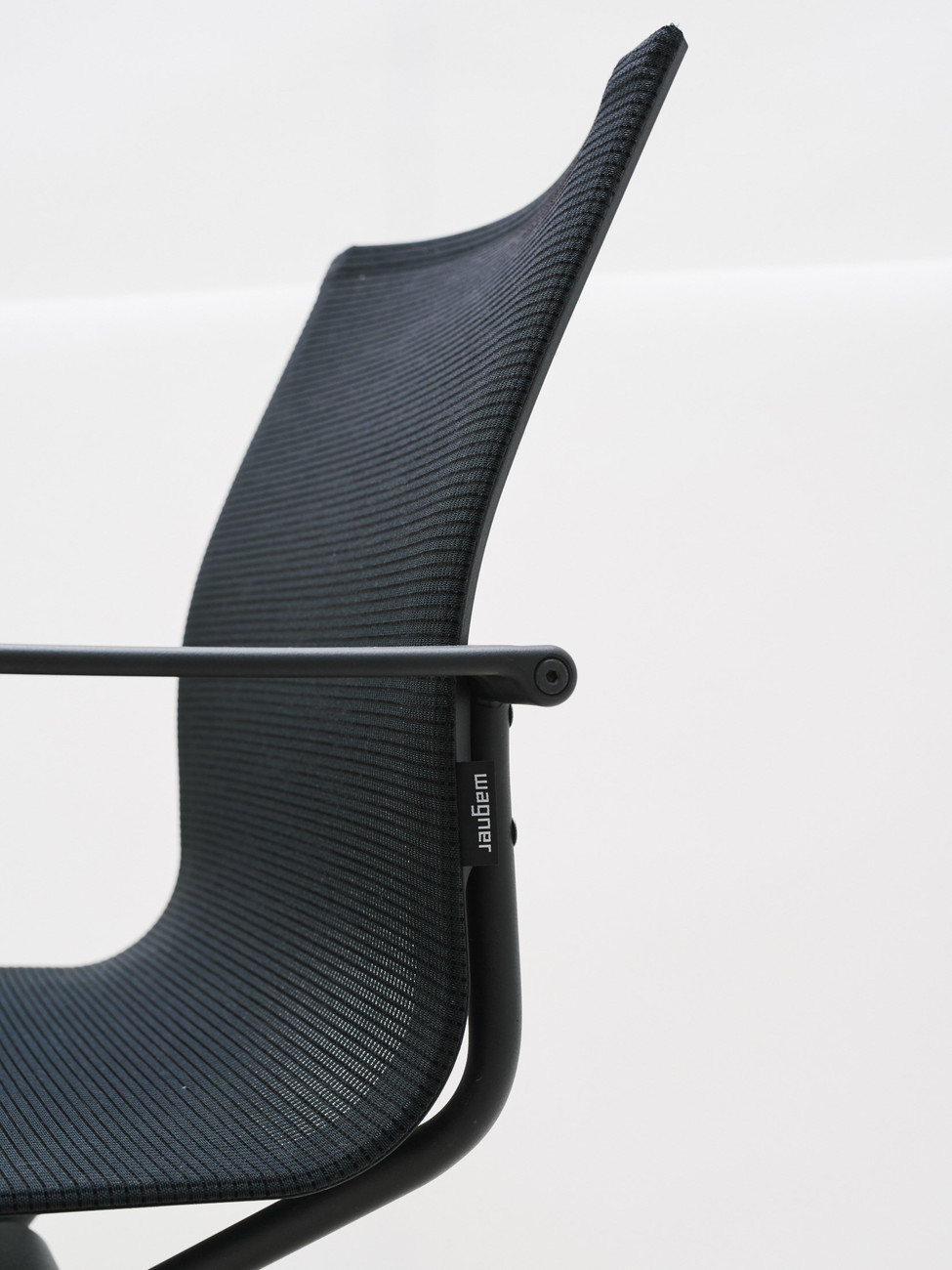 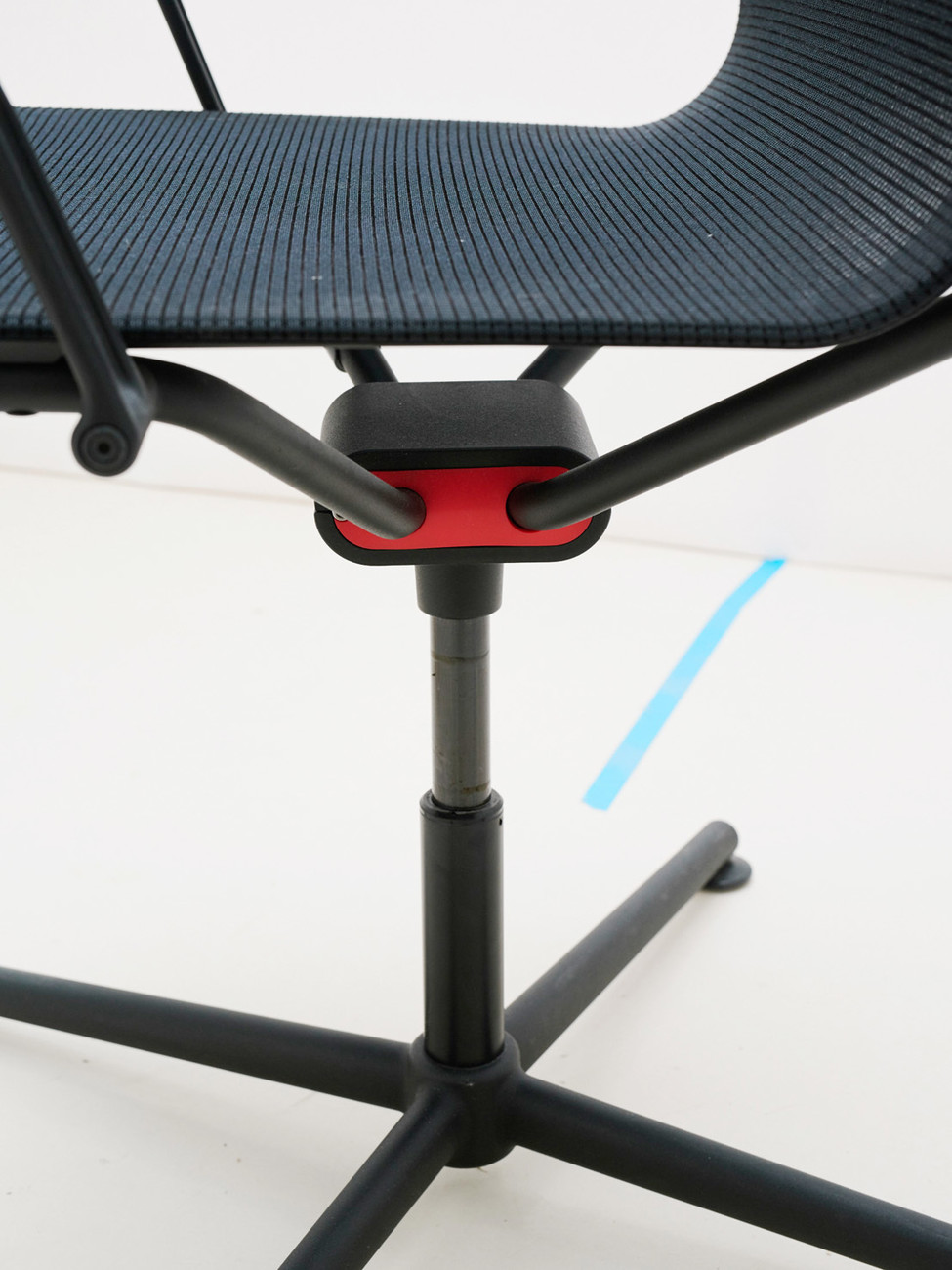 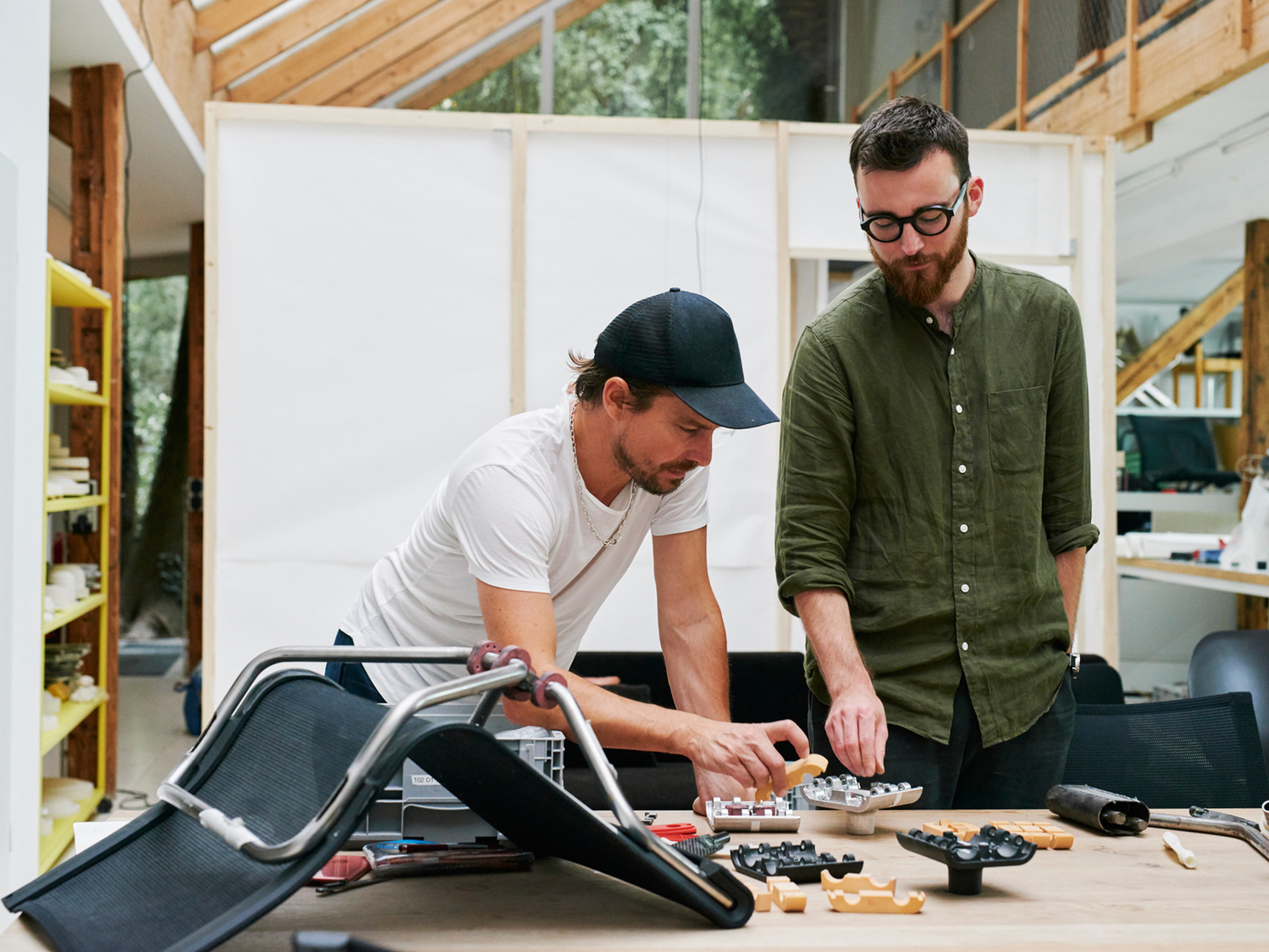 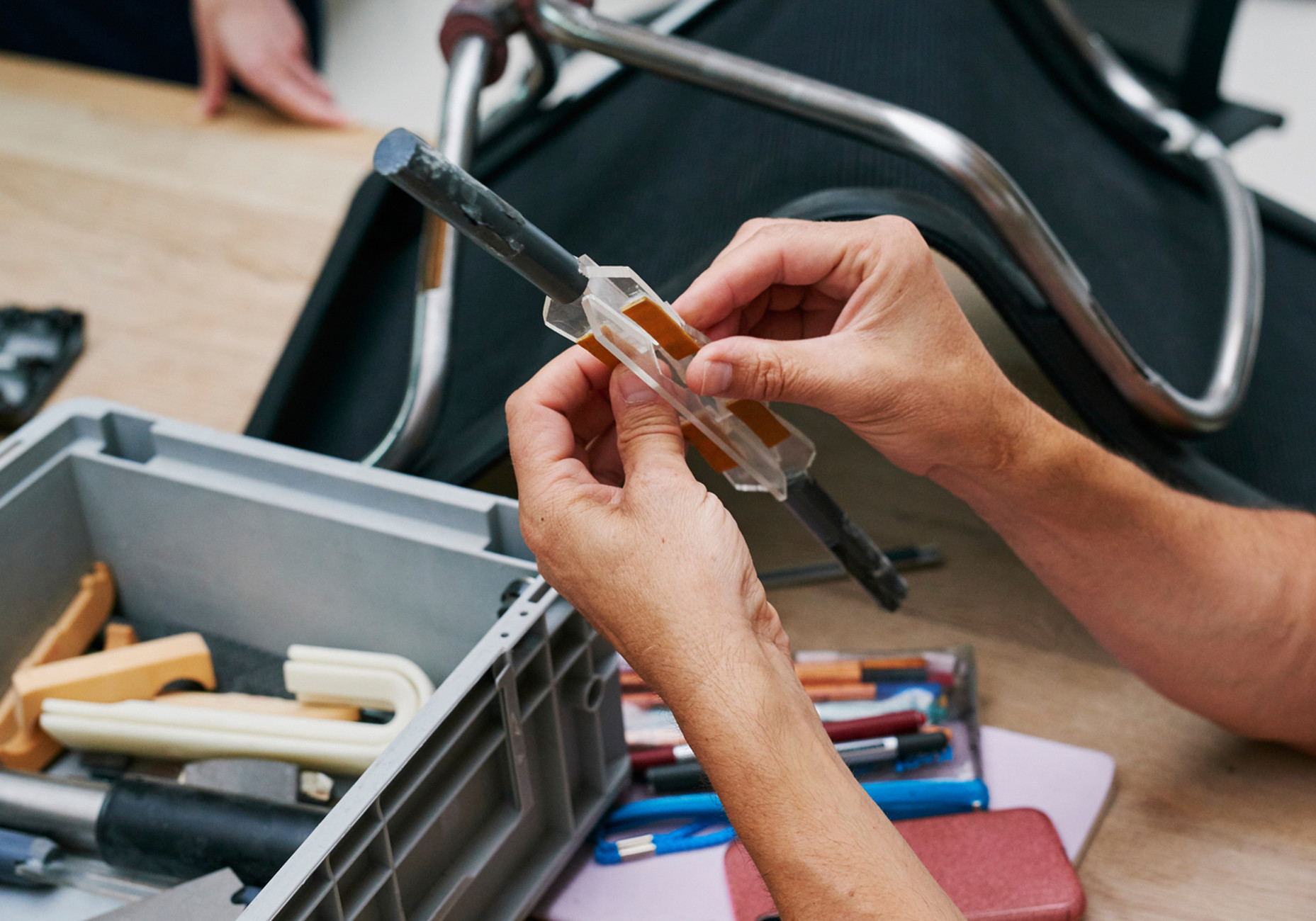 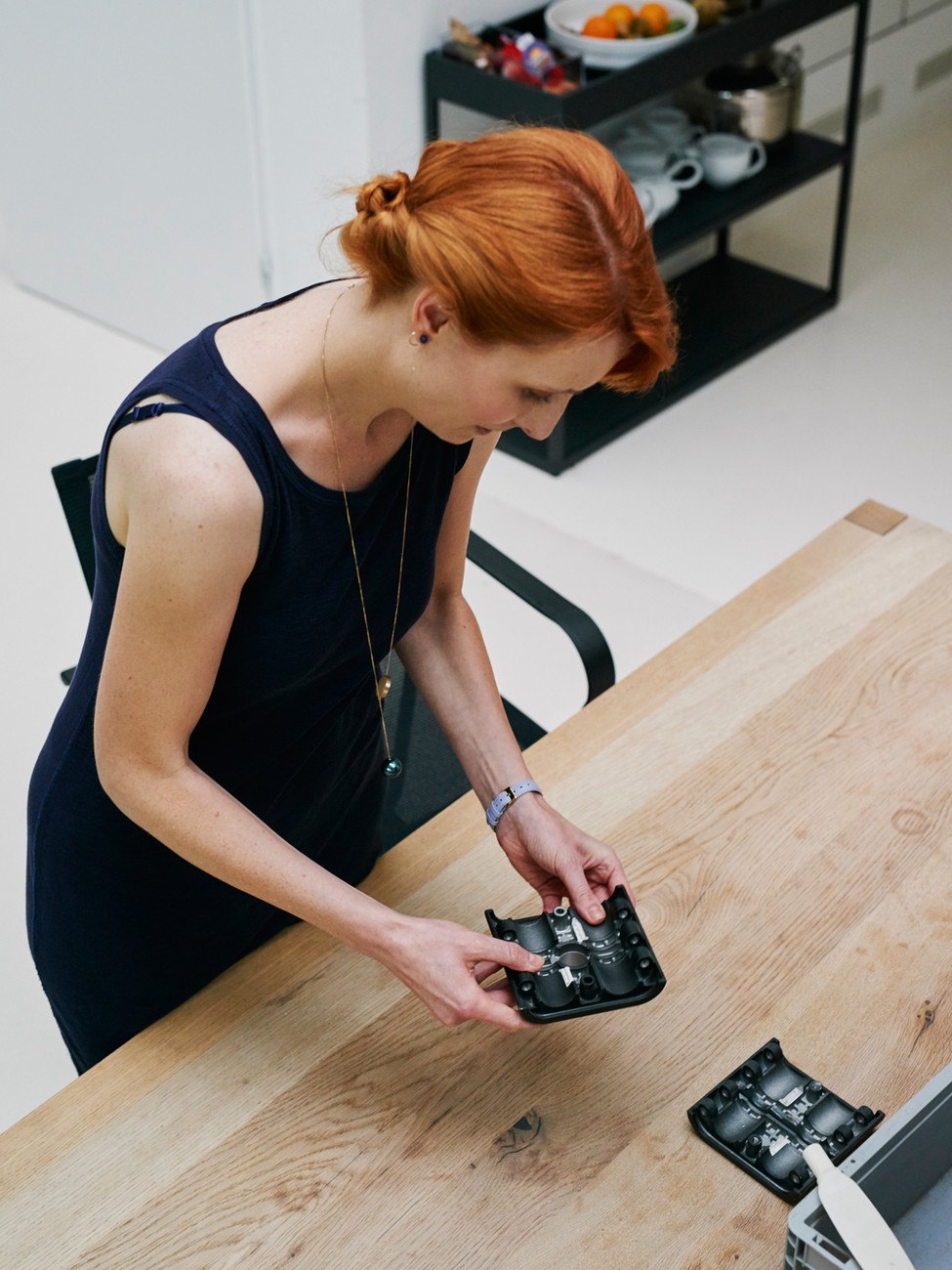 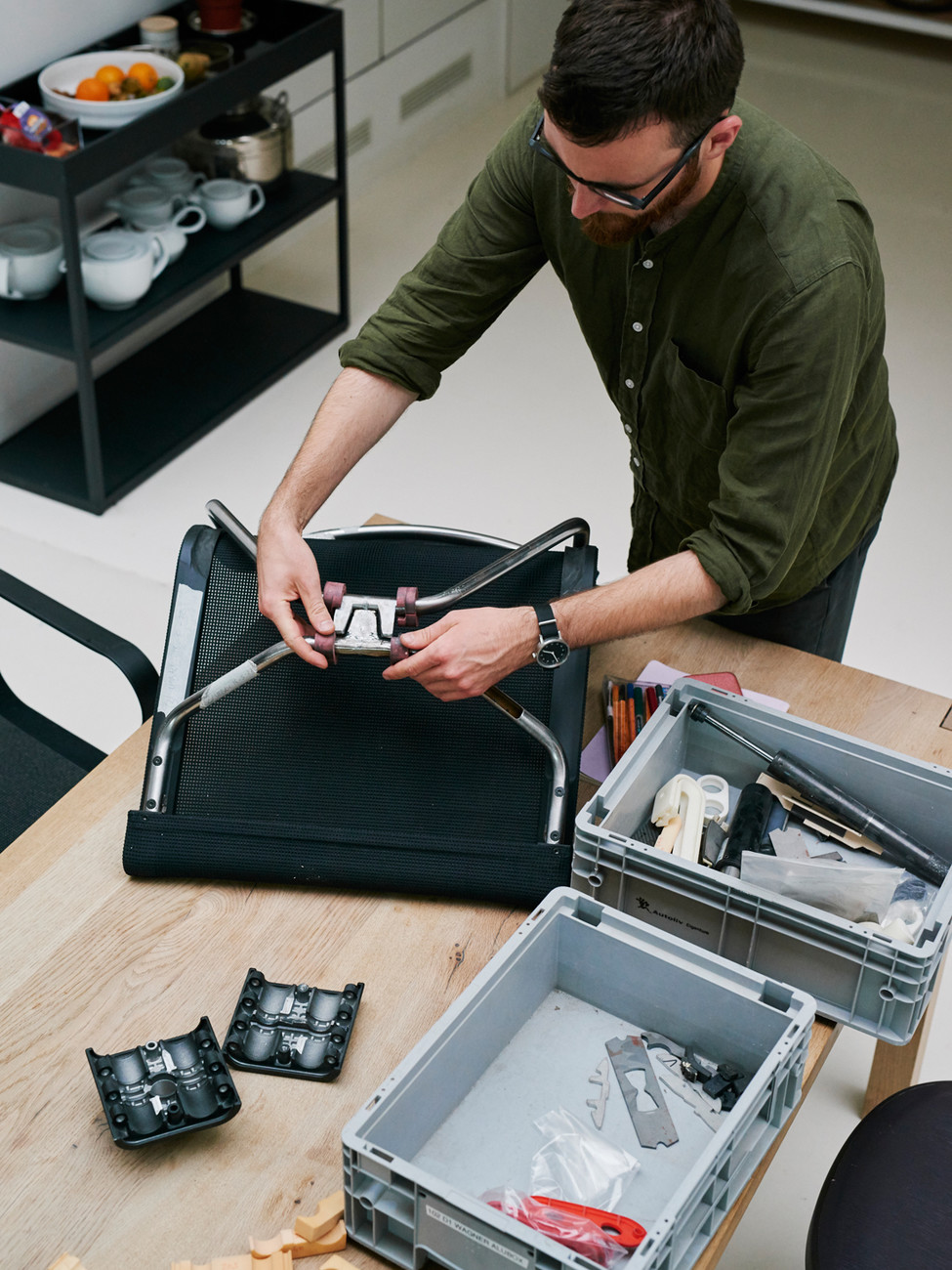 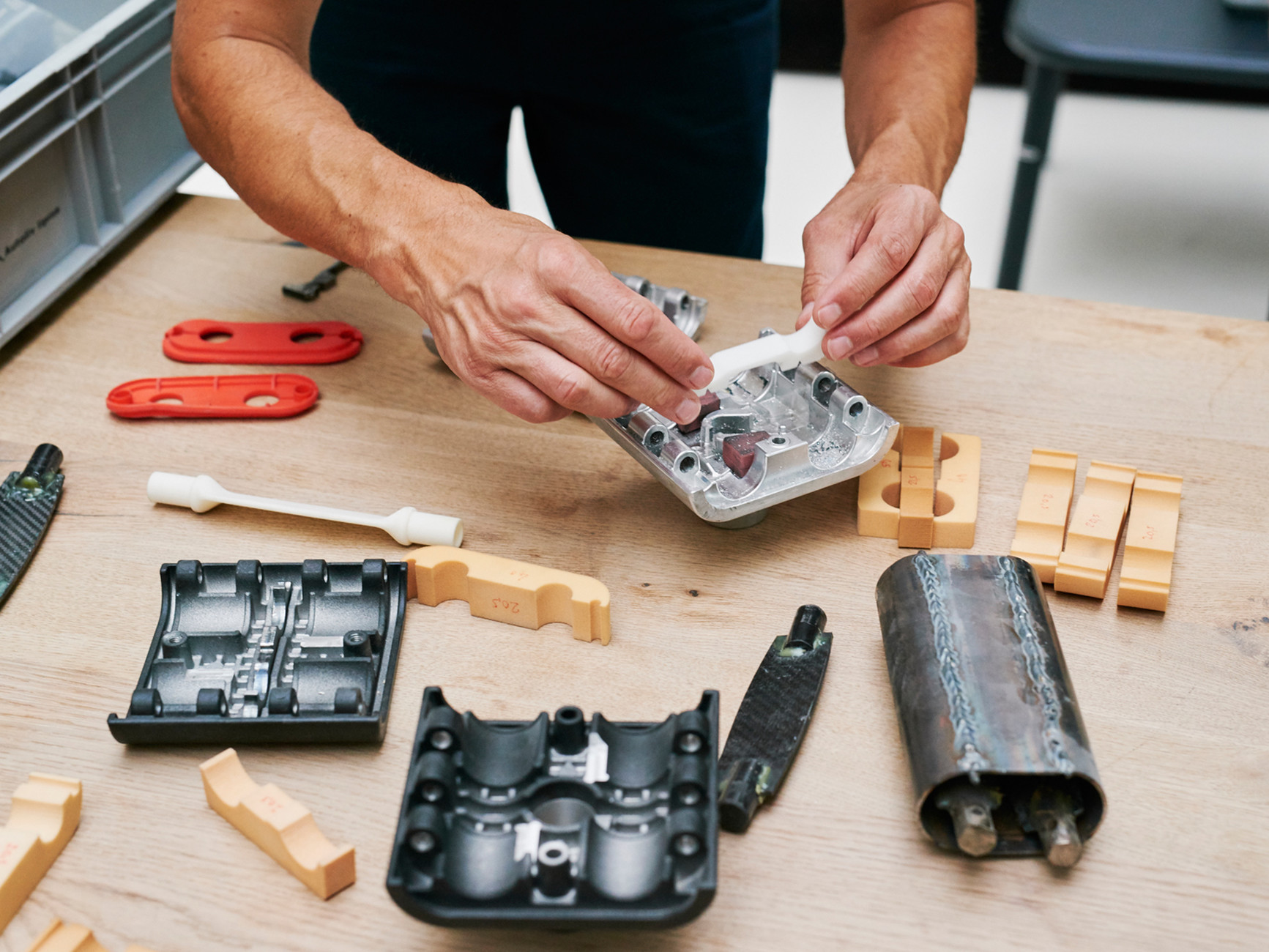 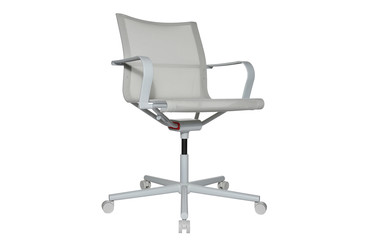 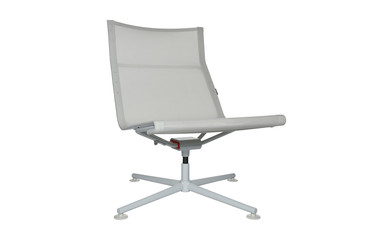 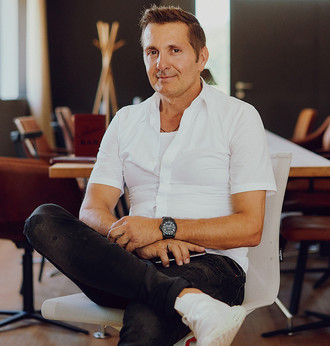 From wooden chair to the Dondola seat joint to 3D printing: How the brothers Rainer and Peter Wagner are redefining sitting. 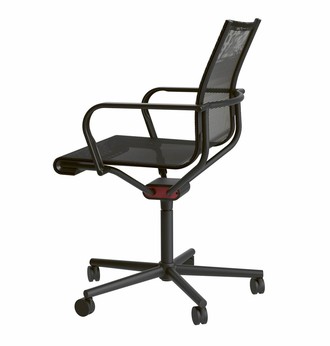 Seating in the fourth dimension

With the "D1" family of chairs, Wagner Living combines function, aesthetic and dynamics at Orgatec. 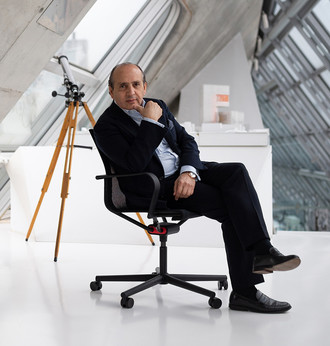 Even when seated, the architects in Hadi Teherani’s Hamburg office are in constant motion thanks to the "D1" chair by Stefan Diez for Wagner Living. 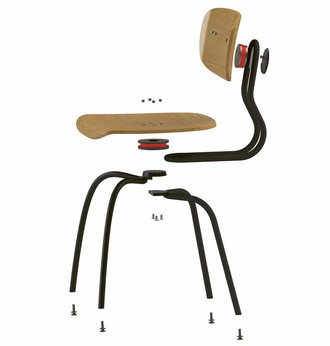 A design classic gets a new technical twist: At "Fishbowl Poke" in Munich guests sit on the W-1970 by Wagner Living. 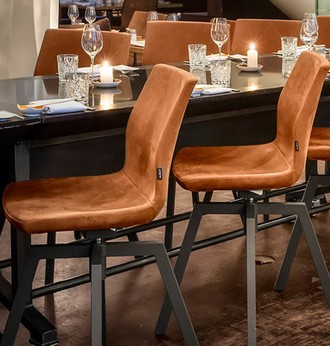