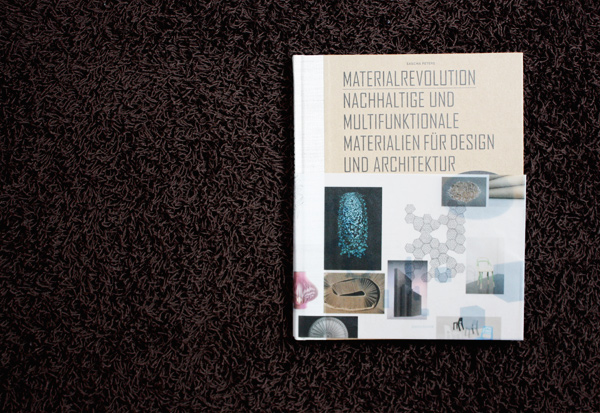 Today everything is nothing less than a revolution. Sascha Peters also says as much in his new publication "Material Revolution": "We are facing the imminent end of the petrochemical age." That sounds dramatic, almost as if the world were going to come to an end tomorrow. The issue: oil-based plastics, which radically altered everyday lives in the 1950s, 1960s, and 1970s are coming to an end. Meanwhile, the "green" challenge to develop sustainable production methods is arguably nowhere more pressing than in material research.

New bioplastics are being developed based on thermoplastic starches, polylactics, and cellulose – and with double digit growth rates. Bionics and especially nanotechnology promise functional valued added – for example with nano titan oxides applied to surfaces, which could be instrumental in cleaning the air. Researchers expect energy-saving effects in the use of air-conditioning thanks to glass panes that can alter the degree of their transparency. Given the overwhelming wealth of new, innovative materials it is almost impossible to keep track of things. Take materials that can store carbon dioxide, alloys that can memorize shapes, mushroom-based packaging material, bacteria killing surfaces, and self-healing materials such as an organic concrete that Delft Technical University says will be marketable as early as 2013.

With "Material revolution" Sascha Peters, who runs an Agency for Material and Technology in Berlin has performed a veritable Herculean task. On three hundred pages the long-standing columnist of the magazine "form" has delivered a comprehensive reference book on the current state of the rapidly developing material front. Structured under chapter headings such as "biologically degradable", "bio-based", "shape-changing", "recycling", "light-altering" and "lightweight materials" sustainable and multi-functional materials are presented and their respective production methods, properties and areas of application explained. The publication, which is brimming with information, primarily targets designers and architects, whom Peters sees not only as material consumers, but as active participants in the green "revolution".

It is not a recent insight that innovative materials also involve new design approaches and production methods. However, the awareness of materials in the design process has arguably never been as strong as it is today. Some people are already talking about a "material battle", taking place. There is no lack of guides for designers and architects. With "Material World 3" the English publishing firm "Frame" is currently presenting – somewhat vociferously – one hundred "fascinating materials" and their applications: as if materials were a kind of passive construction that creative professionals on the lookout for certain attention could dip into at will.

As Sascha Peters sees it, creative professionals have a particular responsibility regarding this green innovation leap because they realize the potential of new resource-saving materials and material-efficient production methods in their work. Such pioneers include, for example, the two Berlin designers Oliver Vogt and Hermann Weizenegger, who in 2001 employed the innovative high-tech method of solid-imaging systems in furniture design. Their biomorphic "Sinterchair" inspired by the radiolarians of biologist, natural philosopher and artist Erich Haeckel (1834 to 1919), was created in collaboration with the U.S. firm "3d-Systems" on a laser sintering machine of the type "Vanguard si2 SLS", and anticipated what will probably soon be reality: the personified product, that rolls off the machine custom-made.

A more recent example of creative material development that received international acclaim is the light-transmitting concrete "Litracon" developed by Hungarian architect Aron Losonczi. Another is "Blingcrete", a concrete that is being developed at Kassel Technical University and for which nanotechnology is used to inject "retro-reflecting" micro glass beads into the surface. The material can be used, for example, in road building to mark dangerous areas, or for tactile guidance systems for the blind. A small sensation in the design world was the application of a technique normally employed in automotive construction that relies on high pressure to inflate and alter shape, which Polish architect Oskar Zieta used in 2008 for his bile "inflated" metal stool "Plopp". It can, conceivably, also be used in other industrial areas, say to manufacture lightweight structures or for the rotors of wind power wheels.

Rather than always pulling something new out of the magic box, material research is also increasingly looking to employ more efficiently what we already have at our disposal, and to think in natural material cycles. A good example of this is making bicycle frames of bamboo, or using linseed oil, natural resin, wood and lime flour as the basis for linoleum, which for years now has been experiencing a renaissance. Natural materials are increasingly playing a role as insulation materials: wood-wool, sea grass and "Neptune balls". A project embarked on by a company in Uganda produced a versatile natural material made of refined tree bark called "Bartex". The German Aerospace Center is already considering using the material for impact-resistant and flexible, elastic compound panels.

And as if in times of climate change a feeling of eco-correctness were already a value added, materials are hitting the market that the world does not necessarily need. Mosaics of coconut shells, vases made of algae, not to mention coffins fashioned of almond shells are arguably fashionable experimentation rather than serious eco objects. The fact is: meaningful eco balances are difficult to draw up; artificially manufactured materials that do not impact negatively on the environment are still a thing of the future. A crude and somewhat rash conclusion from this might be: the most sustainable product is still the one that is not produced.

As Sascha Peters writes, the main task facing us is to create a resource-saving material culture with multi-functional potential in integrated material cycles. The "classic mechanized understanding of materiality" is giving way to a new material culture. However, what exactly does "mechanized understanding of materiality" actually mean In what is otherwise a highly recommendable book, with convincing graphics the reader must generously forgive the author for such vague terms in the introductory texts. After all, hardly any other material expert has such an insightful understanding of the green "material revolution" as the central interface between science and creative material implementation. 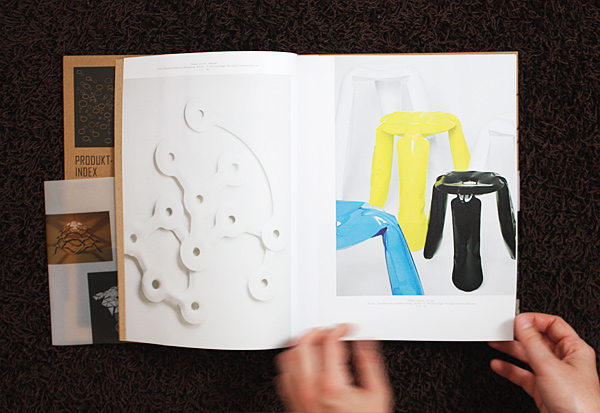 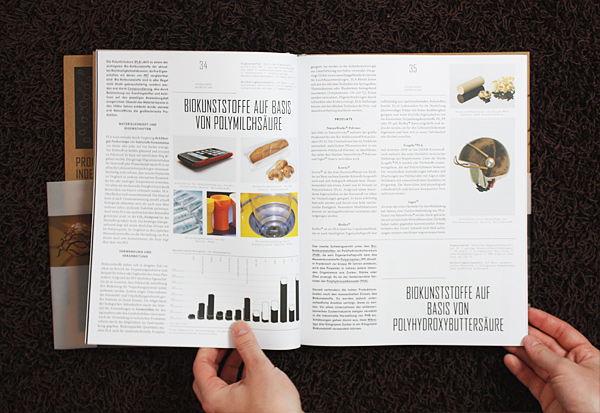 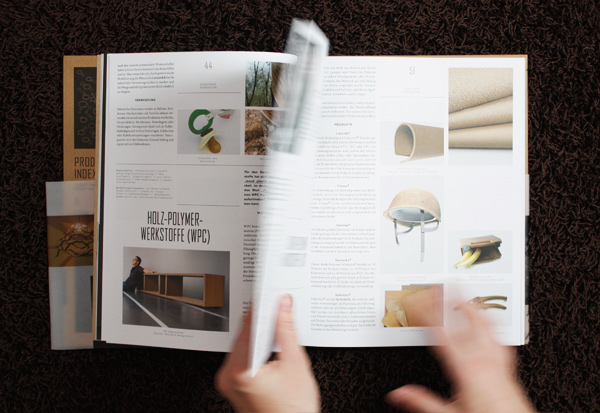 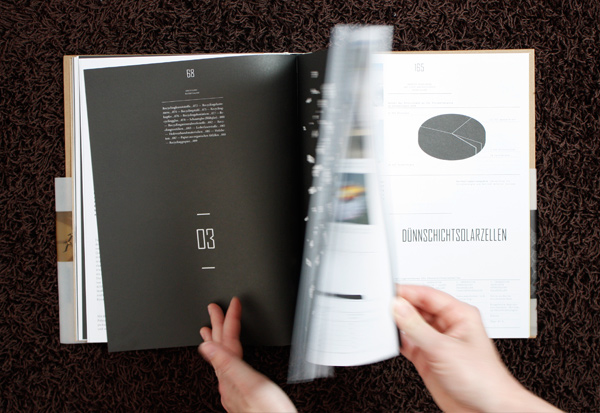 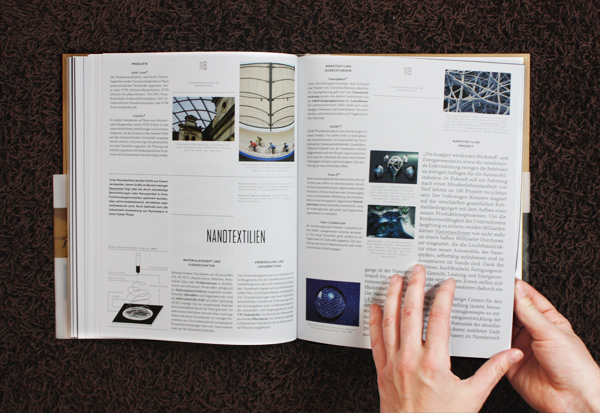 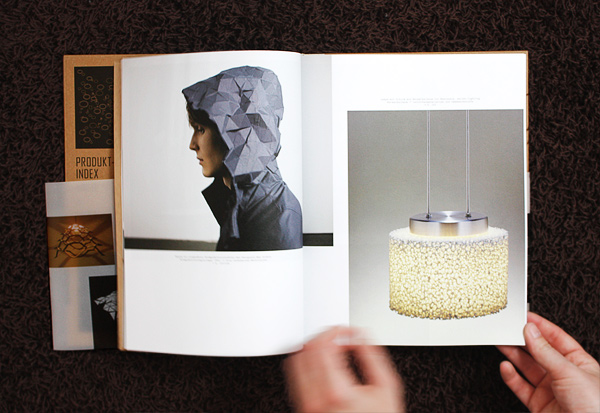 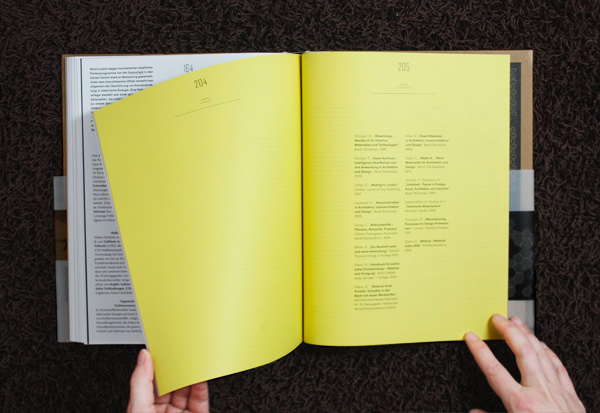 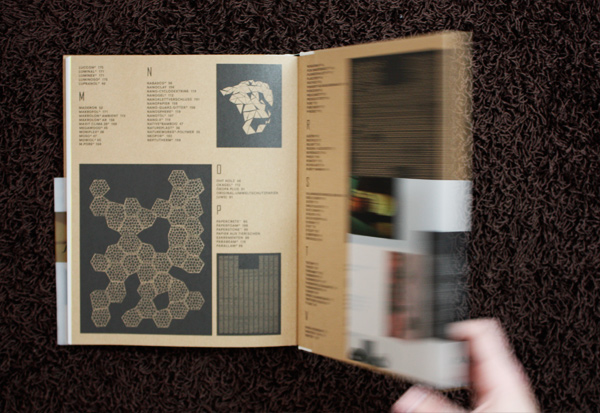 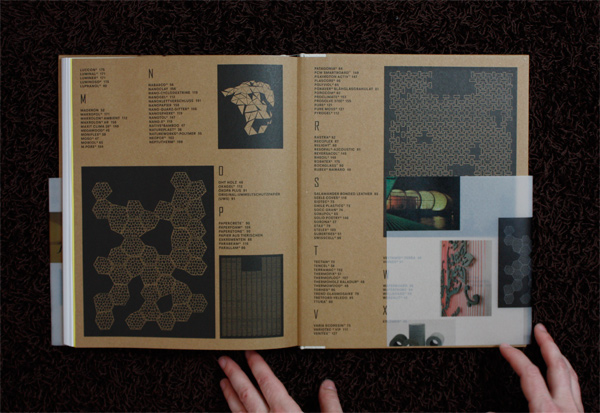 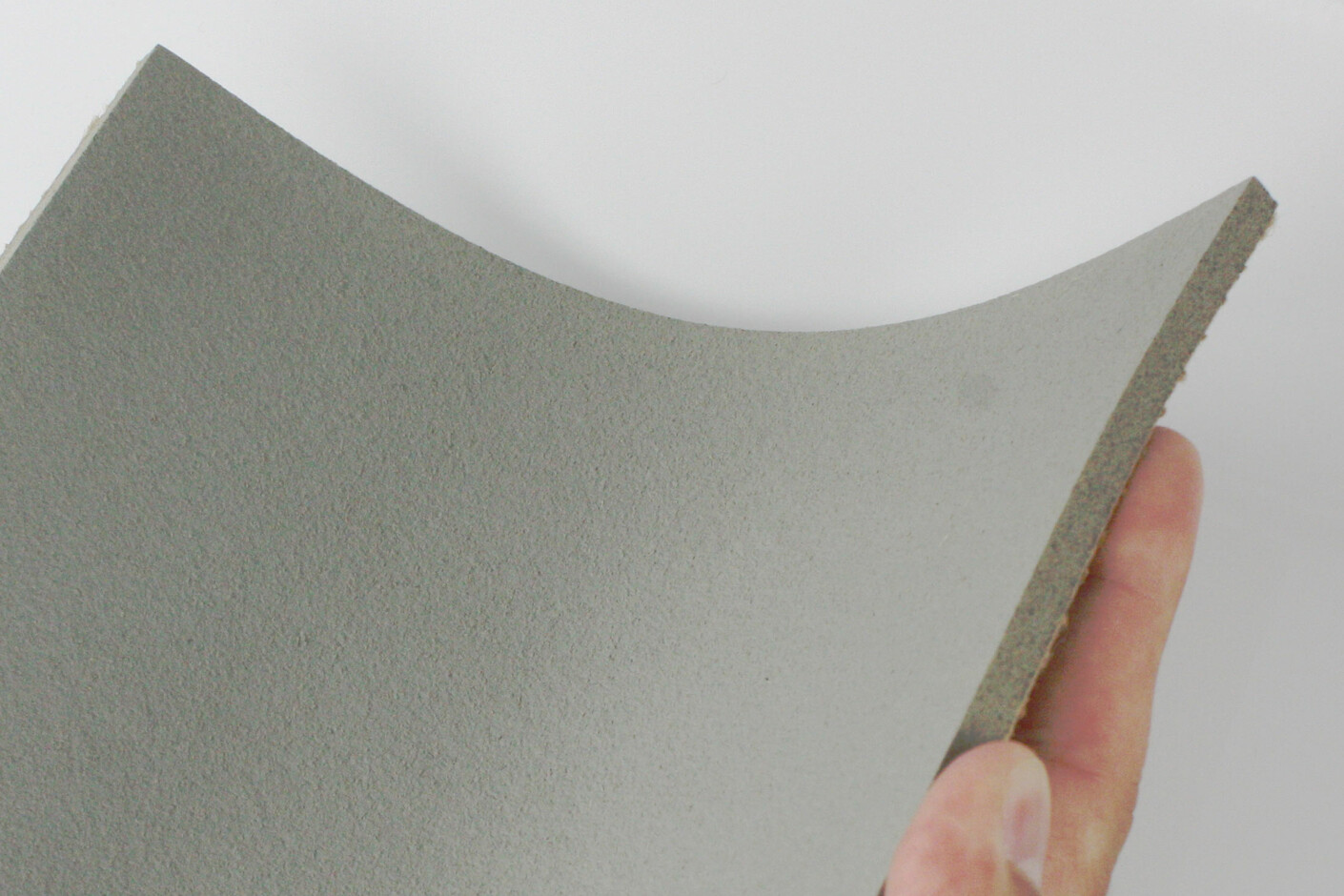 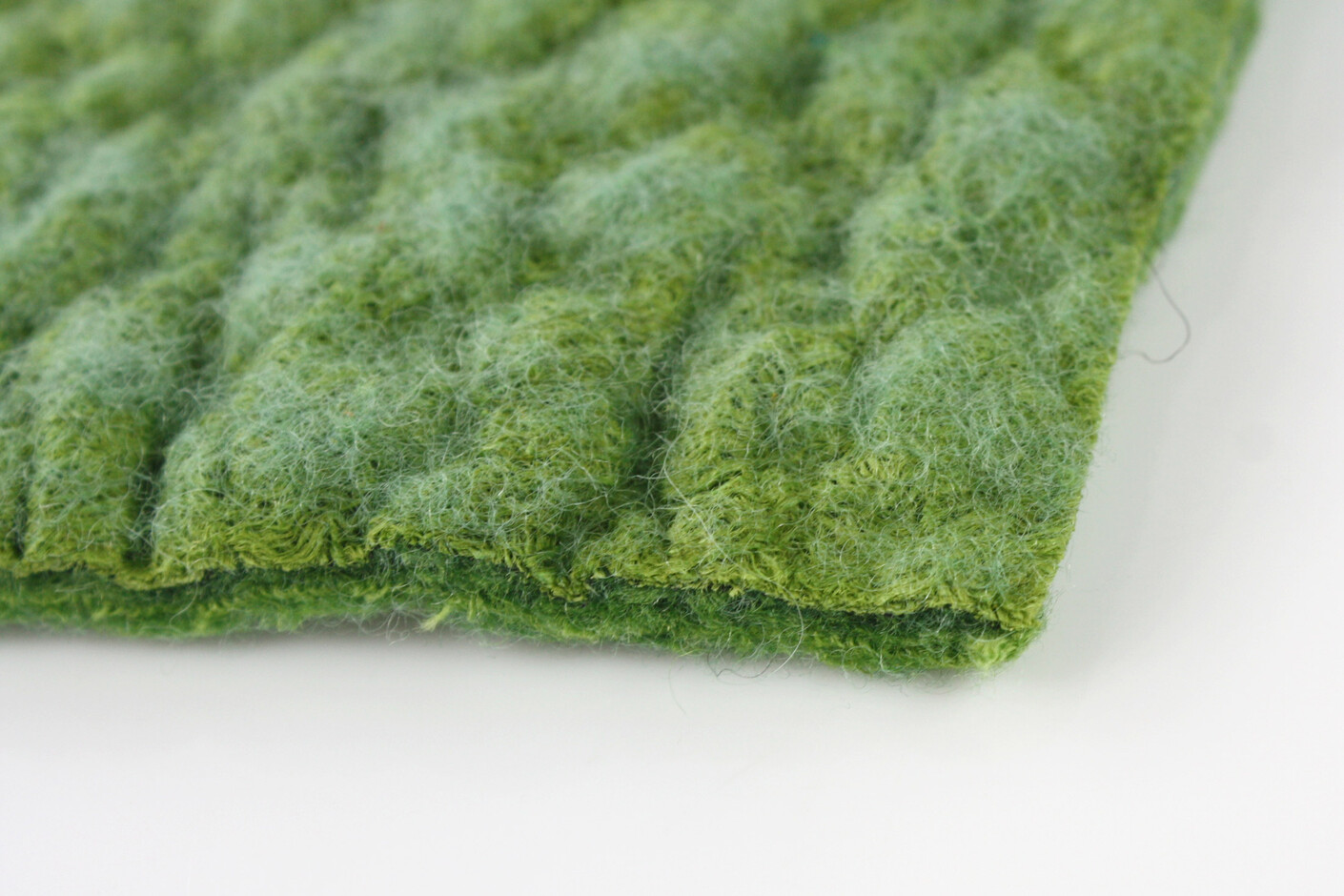 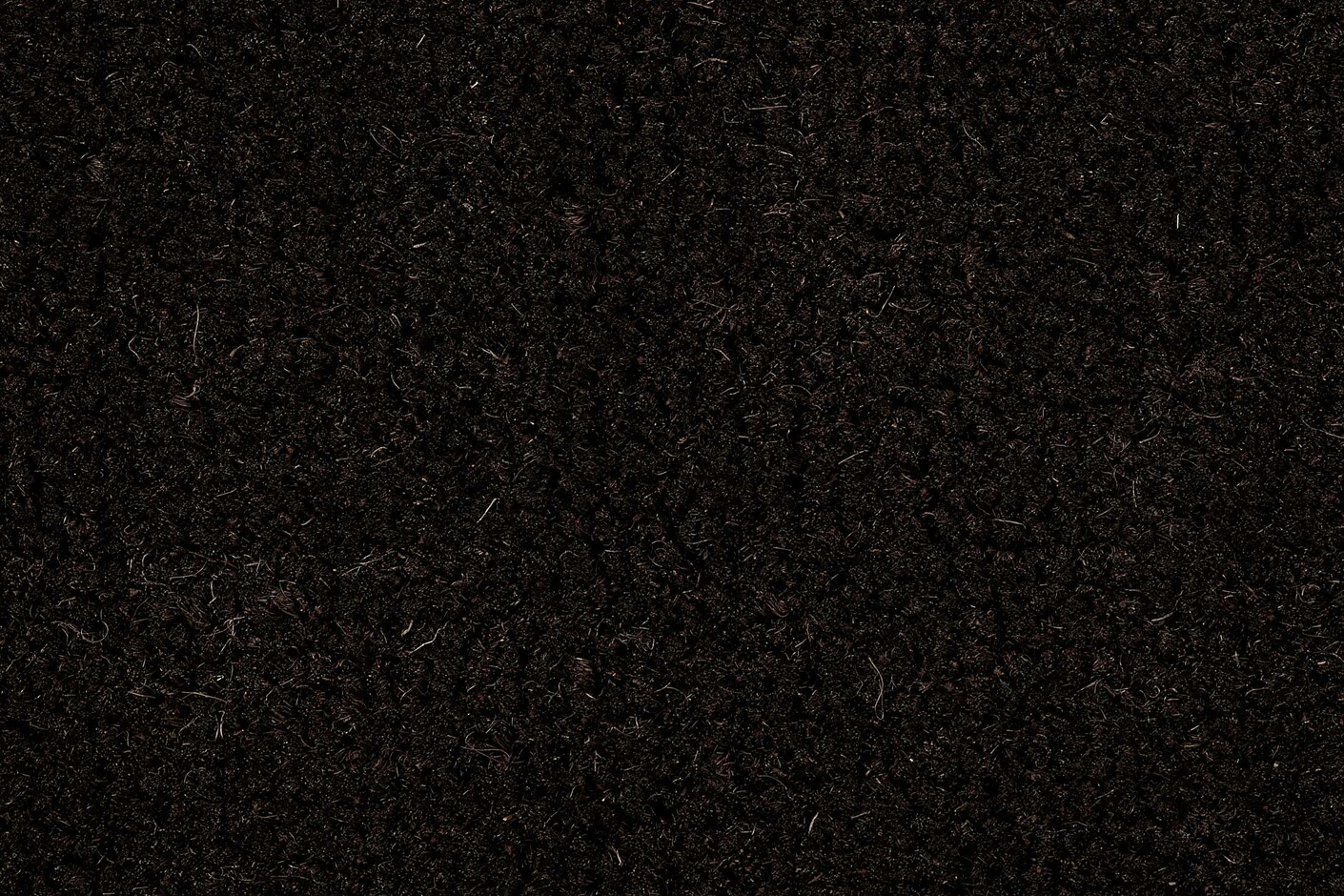 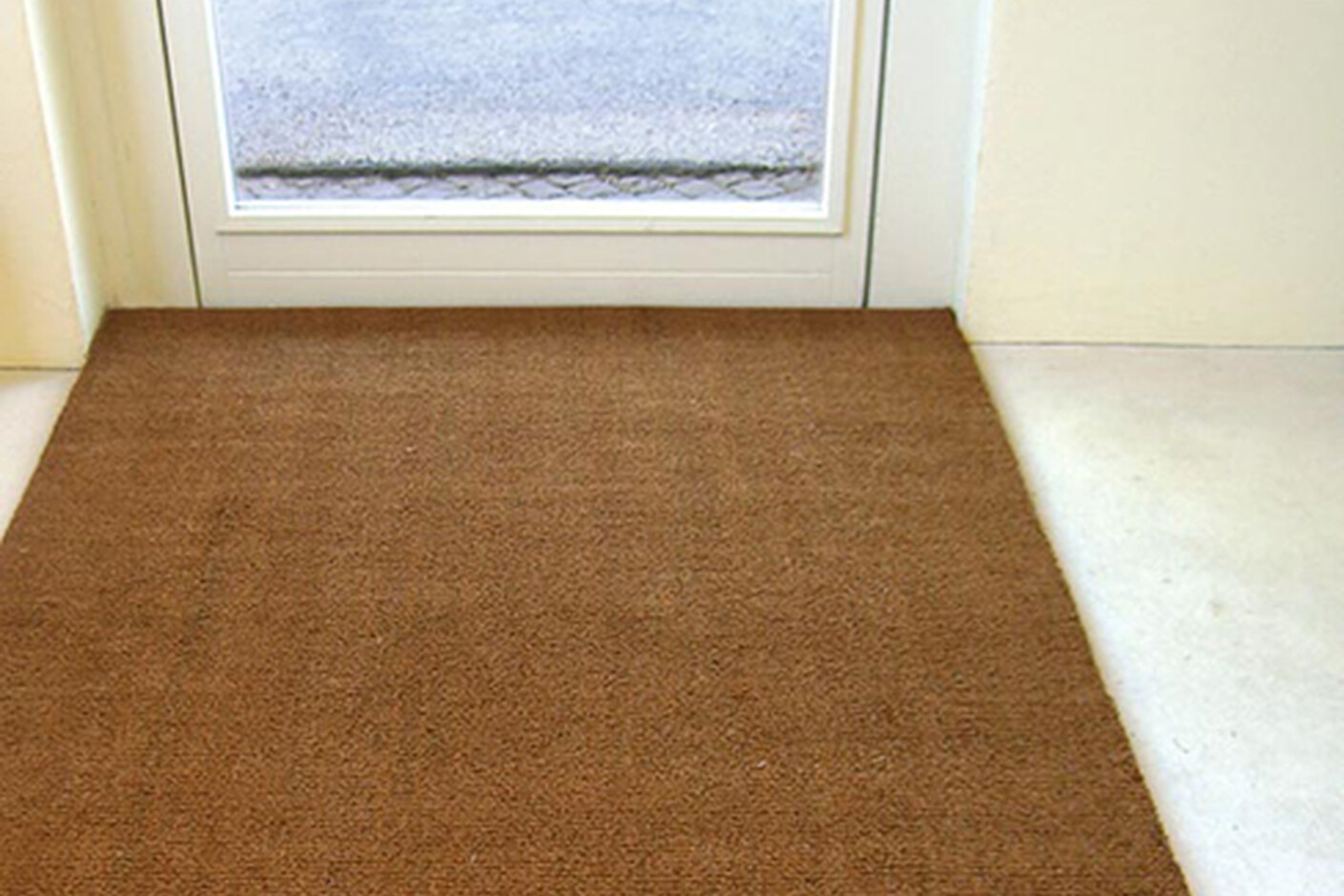 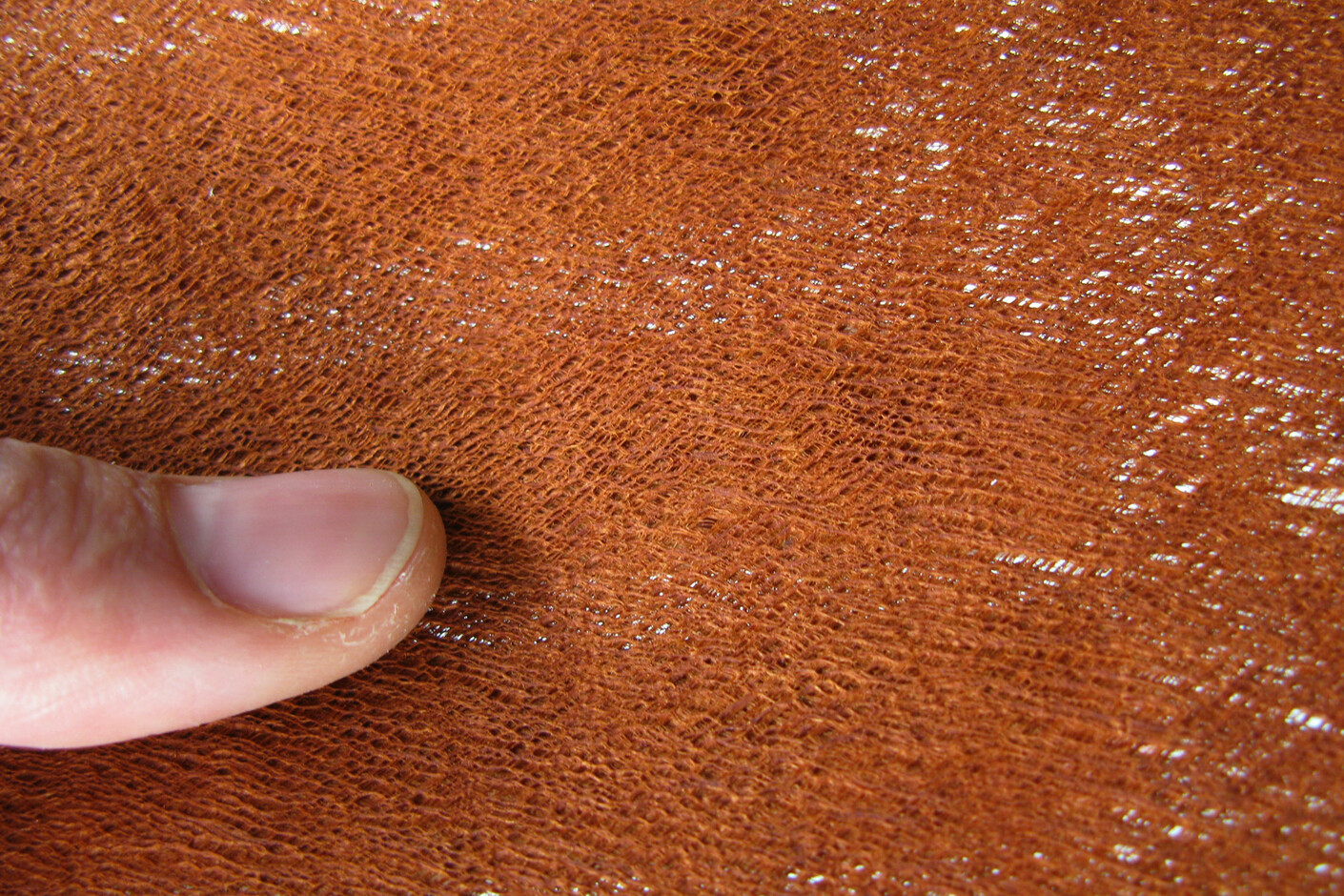