PERFORATED SHEETS FROM RMIG FOR A GOLDEN FACADE BECKON CUSTOMERS TO NEW BANG & OLUFSEN STORE
A combination of perforated TECU® Gold panels mounted on LED lights and large glass areas create a sensational building. The Danish audio-visual giant, Bang & Olufsen (B&O) is renowned around the world for its product design and technological excellence. The store in Herning, Denmark, is the first of several that will make up B&O’s new store concept and will in time include stores in some of the world’s largest cities.

When embarking on the project of creating a new flagship store, it was important to B&O that the building’s exterior should be just as exceptional in design and appearance as the interior.
This iconic building was designed by arkitec A/S who, via the RMIG City Emotion programme, chose perforated TECU® Gold panels for the facade of the store.

The material selection and design of the building is based on B&O’s new store concept and product design, as well as being inspired by the modernist style from the middle of the last century.
The tradition of minimalistic Scandinavian design with a strong human component runs through all B&O’s projects, from its innovative audio and TV systems to the stores where the exclusive Danish products are put on display.

RMIG’s City Emotion concept helps underline this strategy by providing designs, perforated materials and facade elements that generate creativity within urban construction. As can be seen with B&O’s new store, the result is a building that captures the attention of all, whether it is those seeing it for the first time or those who see it every day.

Charismatic yet inviting
The B&O store project was handled under RMIG’s dedicated architectural and construction sector support programme, City Emotion, which assists architects and contractors in realising their urban design concepts and converting them into real solutions for buildings.

Using RMIG ImagePerf, the individually adapted TECU® Gold panels have their own specially designed perforation pattern running across the whole facade of the building, creating an unusual and fascinating design that resembles entangled snakes. All in all, the golden panels cover approximately 350 m².
The combination of these precision perforated panels and the beautifully rounded glass corners give the building a unique charisma with lightness and transparency. At the same time, it beckons customers and passers-by to step in and experience the very best within sound, image and design.

The programmed LED lights behind the golden perforated facade fade in and out, creating a visual energy and a constantly changing light both day and night in the city square where the building is situated.
It can come as no surprise that this stunning building with its captivating facade has generated extensive and very positive interest, both in the media and among the local residents. 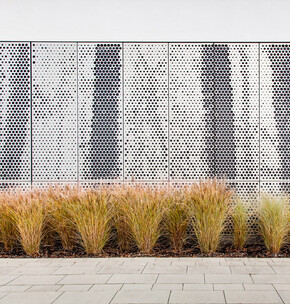 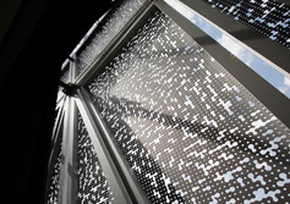 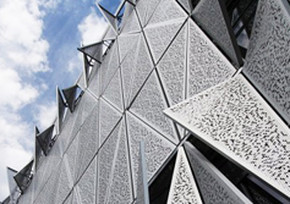 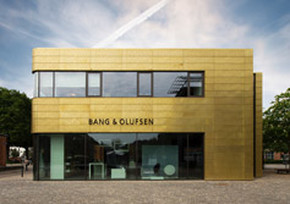 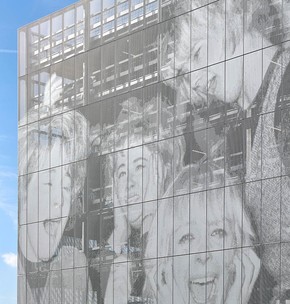 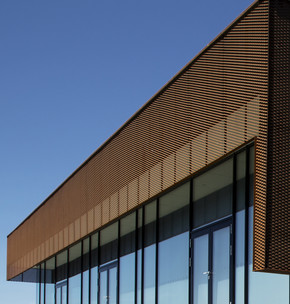 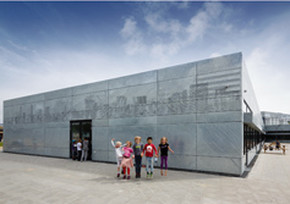 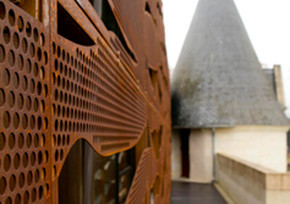 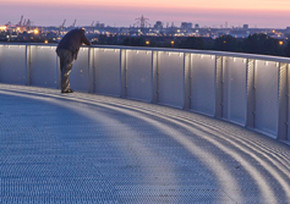 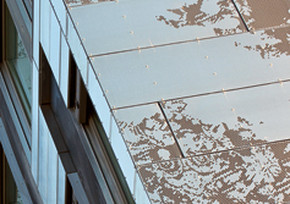 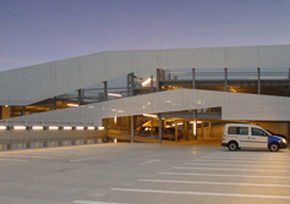 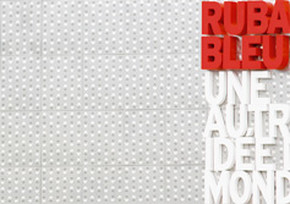 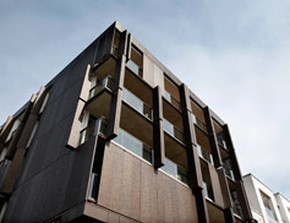 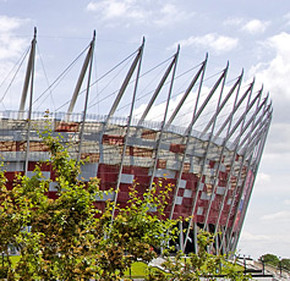 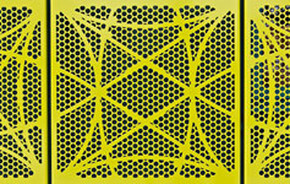 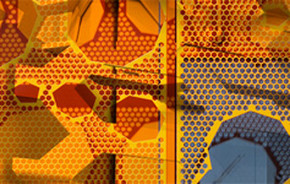 Perforated sheet metal to the fore!

Perforated sheet metal can be used in any number of ways in architecture – starting with weight reduction for components through optimized acoustic properties to improved heat dissipation.